France is a beautiful country, located in Western Europe. France is recently named the most visited state in the world. The images of fine French wine, unusual cuisine, the Eiffel Tower immediately appear in our minds at the mention of this country.

Exceptionally beautiful landscapes of France and the real European way of life of the French people distinguish this country from the others. For many centuries, French land inspired the creative masterpieces of writers, artists, and poets. 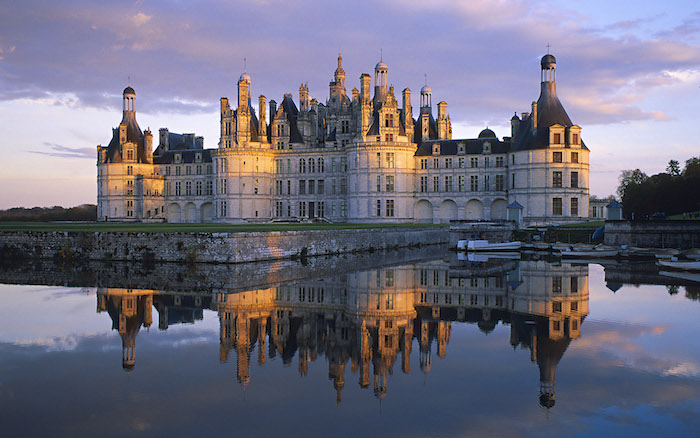 Traveling in France, you will be amazed by the diversity of the landscape. You can see on your way the huge mountain ranges and gently sloping river valleys, amazing green countryside and a stunning coastline. Going on a trip to France, you may think about learning French language with French tutors. It is not easy to visit all corners of France, so we have prepared for you an overview of 9 places that must be visited. 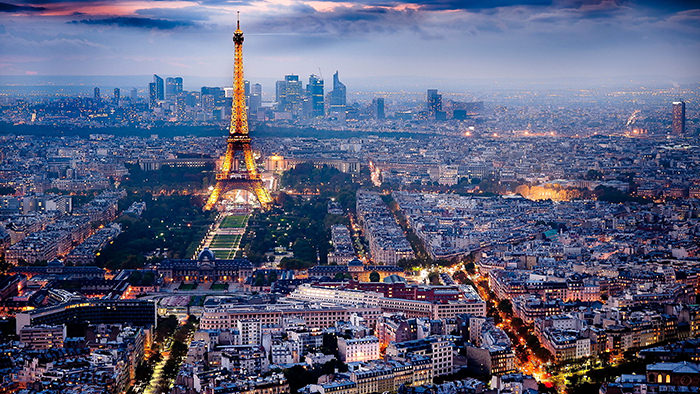 Seven million guests go up to the tower every year, but almost everyone agrees that every visit is unique. You can visit the Eiffel Tower in the evening, when it is lit by flickering lights, and dine there, enjoying the incredible panorama of the city. It’s great to grab a bite near it. You can enjoy baguette, cheese, and wine in the garden, which is at the Eiffel Tower.

The Eiffel Tower figured in one of the loudest scams of the last century. In 1925, Victor Lustig, a famous con man, gathered a meeting of businessmen under cover of secrecy, where he announced that the government intended to sell the Eiffel Tower for scrap. The tower was bought out by Andre Poisson. He paid a fantastic amount in cash. Even recognizing the deception, Mr. Poisson did not complain to the police, fearing to be ridiculed. Lustig was able to sell the Eiffel Tower again. 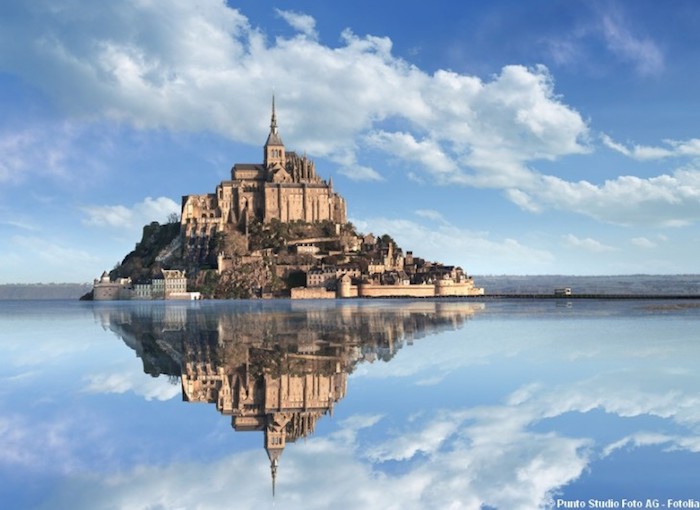 Mont Saint-Michel is the second largest and most important sightseeing after the Eiffel Tower. Mont Saint-Michel is a rocky, pointed island that is connected by a dam to the northwestern part of mainland France. This is the only inhabited rocky island of the three in the Bay of Saint Michel. Later, this island with a granite base was turned into a medieval fortress.

This beautiful and amazing monastery on the island is a real miracle, at the sight of which the heart skips a beat. The very structure and nature around are gorgeous. The ebb, which replaces the tide, significantly changes the landscape. There are about thirty permanent residents in the town on the island. The crowds of tourists from different countries are measured by millions annually. Become one of them and you will never regret. By the way, the legendary monastery is located Normandy and this entire region deserves attention. The real Camembert and Neuchatel cheese and authentic cider are made here and you must try it, even if you do not consider yourself a fan of this drink. 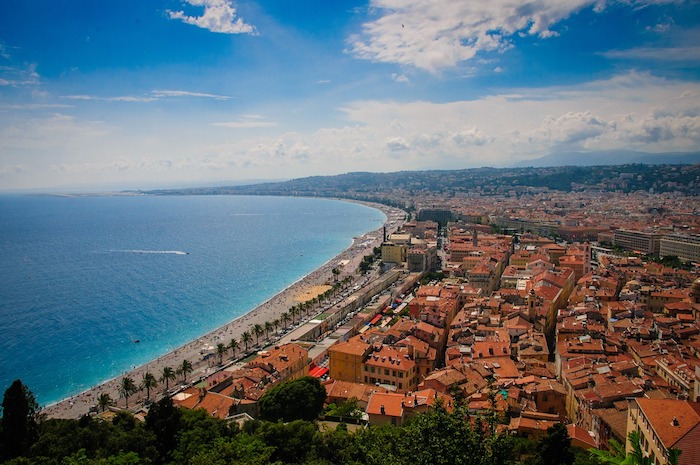 The coast of the Mediterranean Sea in the southeast of France is also affectionately called the French Riviera. This coast with its unique landscapes, azure waters and developed infrastructure is still one of the most beautiful places in France. On the face of its rich history, this coast attracts many visitors – tourists, celebrities, writers, artists (including Pablo Picasso and Henri Matisse) and the world’s richest people. Cote d’Azur is famous for its stylish coastal cities – Nice, Cannes, and Saint-Tropez, which remain exclusive resorts today. 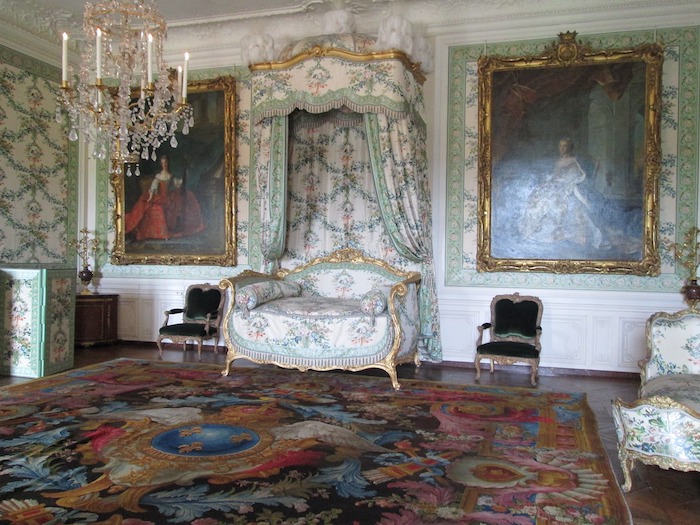 The unique palace and park ensemble Versailles will surprise you with its beauty and luxury. Versailles Park is one of the most beautiful and largest in Europe, and small architectonic forms are a keen addition to the overall style of the complex.

The size of the palace is huge, it can accommodate more than twenty thousand people at the same time. In the famous Mirror Gallery, the length of which is 70 meters, and the ceiling height is 12, the walls are decorated with 17 luxurious mirrors and the same number of windows, creating an indescribable game of sun glare. The Palace of Versailles is surrounded by a park stretching over an area of 100 hectares. Versailles is included in the list of historical monuments protected by UNESCO. Each year, Versailles is visited by about four million tourists. 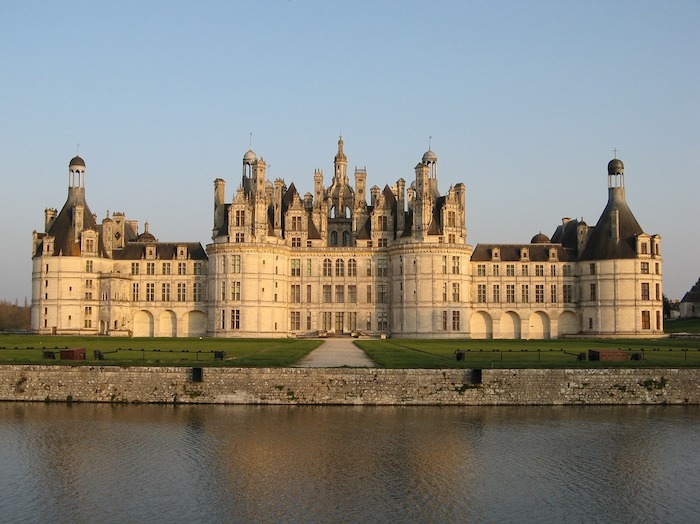 It is said that there are more than 40,000 castles of different age, safety, and size on the territory of France. The pearl of the French Renaissance, Chambord is the most magnificent castle of the Loire Valley and one of the largest in Europe, even despite the fact that it was never completed. It was built by order of King Francis I Valois, the former patron of Leonardo da Vinci. The castle has 426 rooms, 77 staircases, and 282 fireplaces. 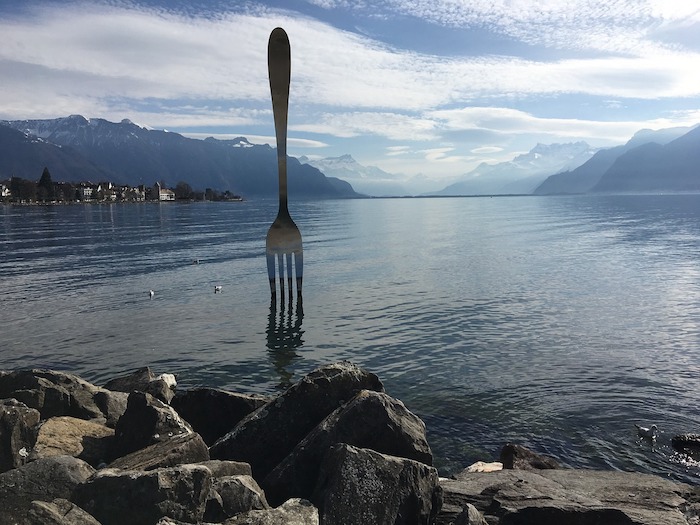 The famous Lake Geneva is not entirely owned by the Swiss. Most of its southern coastline is French. The most popular place is Evian, famous for its mineral water, which flows from the tap right on the street. Other attractions include the famous Evian Resort with one of the best spa centers in the world, the Lumière country house, the ancient castles, and the cable car to Chablais Mount. 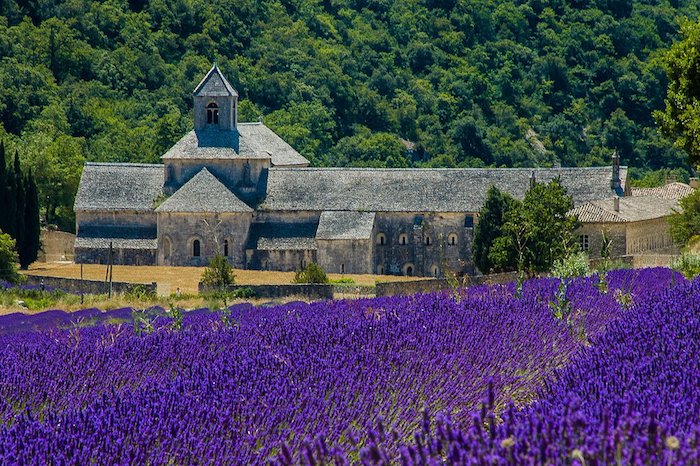 Grasse is the world capital of perfume and the most fragrant city on the Cote. The legendary lavender fields give a special aesthetic pleasure. Lavender usually blooms from mid-June to August. Be sure to find the opportunity to visit this region of France, it is deservedly considered as one of the most beautiful. The main city of the region is Avignon, certainly one of the most romantic places in Europe. One of the most famous sights in this area is the Abbey of Notre-Dame de Senanque. 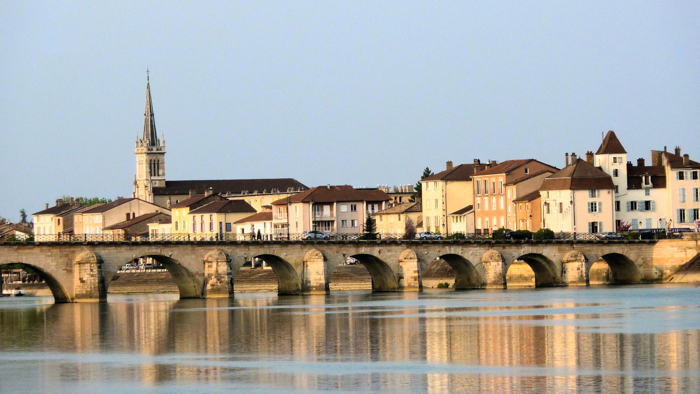 The second most important city in France is the birthplace of Antoine de Saint-Exupery, cinema, where Lumière brothers filmed Leaving the Factory and the textile industry of Europe. Every year in December Lyon is visited by tourists to see The Grand Festival of Lights. Lyon is considered as the gastronomic capital of the world. But, besides food and wine, here you can visit many museums, churches, and Roman ruins. 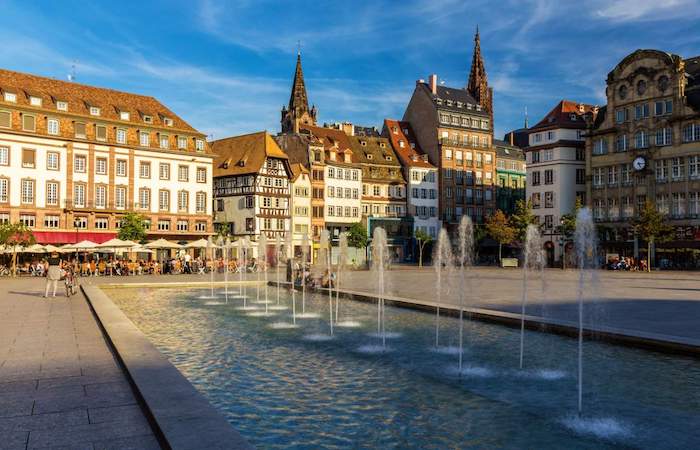 Strasbourg is situated on the border of Germany and France. So, the heritage of the city has different features of both countries. It is a picturesque city that exudes the charm of the old world and attracts visitors as a magnet. The city is known for its promenade along which are half-timbered houses, beautiful Gothic cathedrals and churches, and many flower shops. Strasbourg is an ideal base for those wishing to visit the nearby Black Forest or the River Rhine.

Strasbourg is not only the central city bordering Germany in the Alsace region but also the officially registered Christmas capital. On the eve of this holiday, this gingerbread city with swans in channels at any time of the year and storks on rooftops turns into a living illustration of Charles Perrault’s fairy tales. It is tempting to spend a fortune for Christmas toys.