Here’s an area that I’ve known well for many years. Most of you don’t know this, but my mother’s family is Italian and hails from the Umbria region of Italy. Umbria is the only region of Italy that doesn’t border another nation or a coastline, but that doesn’t mean there aren’t plenty of places to visit in Umbria that are worth your time. 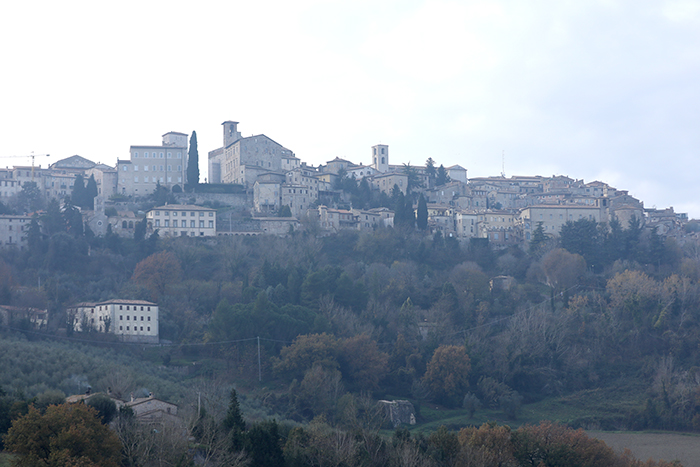 In fact, Umbria’s mountains and valleys create a beautiful contrast that makes for one of the most picturesque views in Italy, and the presence of the Tiber River creates fertile land that’s ideal for some of the wines and olive oils that the Italians have made famous.

Throw in a little countryside charm, and you’ve got a memorable trip, one where my family and I spent 11 days exploring. Here are five places to visit in Umbria! 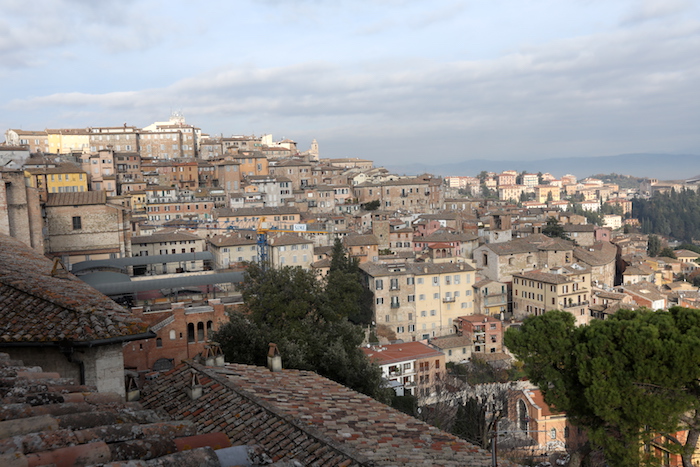 Perugia is the capital of Umbria and the main city of the larger of the two provinces that make up the region. It’s home to several great festivals, including the Umbria Jazz Festival in July and the Eurochocolate Festival in October. But even if you come outside of those two months, there’s plenty to explore in Perugia. One of the most well-known symbols of the city is the Fontana Maggiore, built in the 13th century. It served as the end of the main aqueduct that brought water to the city, and it’s now one of the most beautiful structures that remain from medieval times. 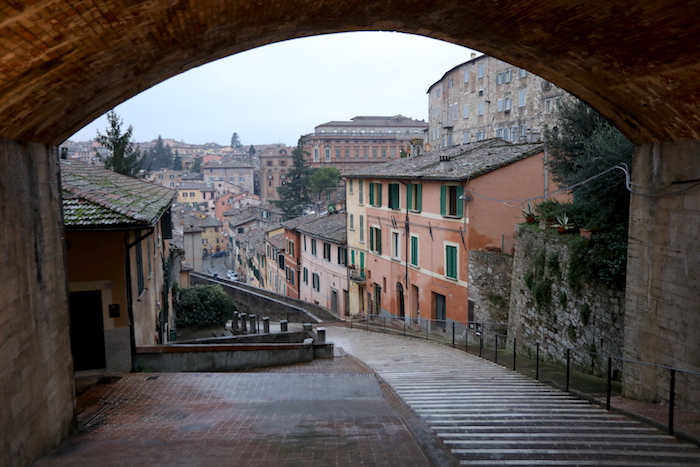 The Rocca Paolina fortress is also worth a visit, as it has stood for five centuries and provides a glimpse back to the days when the papacy dominated this city. If you’re a chocolate lover, you can’t miss the Baci Perugina Factory, which allow you to see just how it makes some of its incredible chocolates and taste them for yourself! 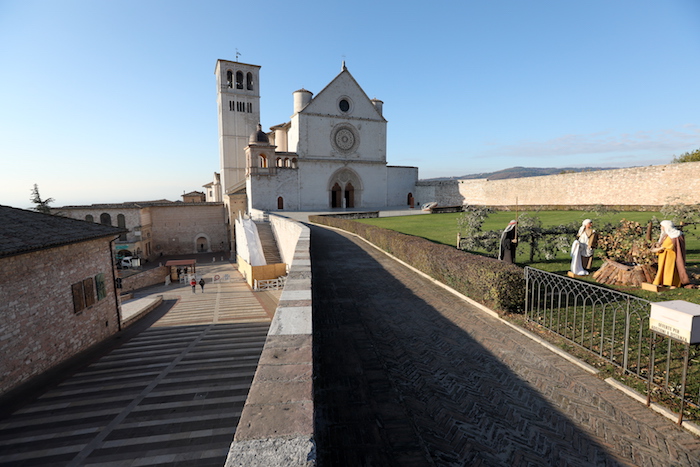 Assisi might be a smaller town, but its size doesn’t detract from its cultural riches. To really get a feel for the town, your first stop should be the Basilica of Saint Francis of Assisi, the favorite son of the city. Not only does it feature the tomb of Saint Francis, but it’s also the oldest Gothic church in Italy. The architecture and paintings are classic examples of the Gothic era, which has helped it become one of the most well-known places to visit in Umbria.

Check out our article 5 Things to Do in Assisi, Italy 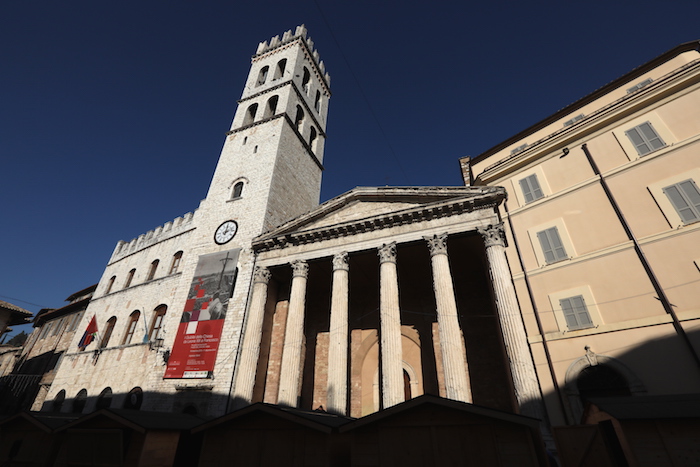 The Temple of Minerva is an excellent place to continue your exploration, as it not only shows part of Assisi’s past under the ancient Romans, but it also face the gorgeous Piazza del Comune, which served as the center of life in Assisi in medieval times. Once you’ve done some exploring, Osteria Piazzetta dell’Erba is a fantastic choice for great authentic Italian cuisine, including truffle pasta that’s made with local Umbria black truffles! 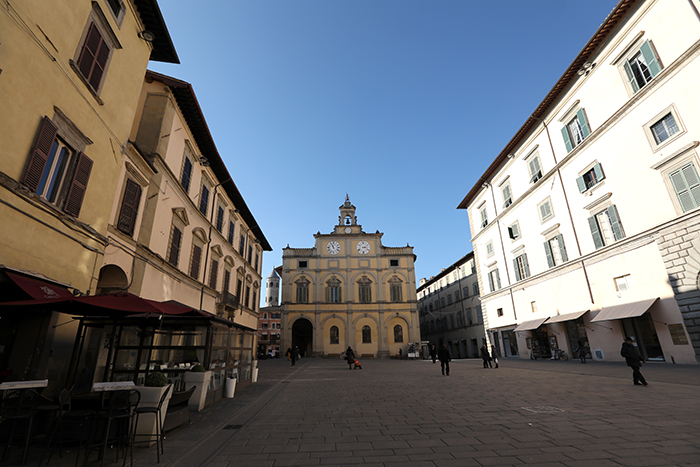 Citta di Castello was once known by the Romans as Tifernum on the Tiber, but after the Ostrogoths destroyed the city, it was rebuilt around a castle by bishop Floridus and now stands as a monument to the past. It remains one of the most preserved walled cities from the medieval time period. 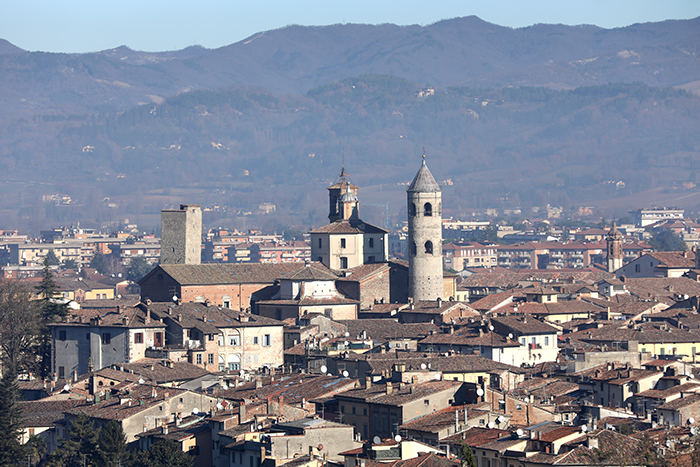 Examples of this include the civic tower known as the Torre Comunale and the Romanesque bell tower. If you’re an art lover, the Pinacoteca Comunale features works from the Renaissance artist Raphael as well as several other great artists from the era. 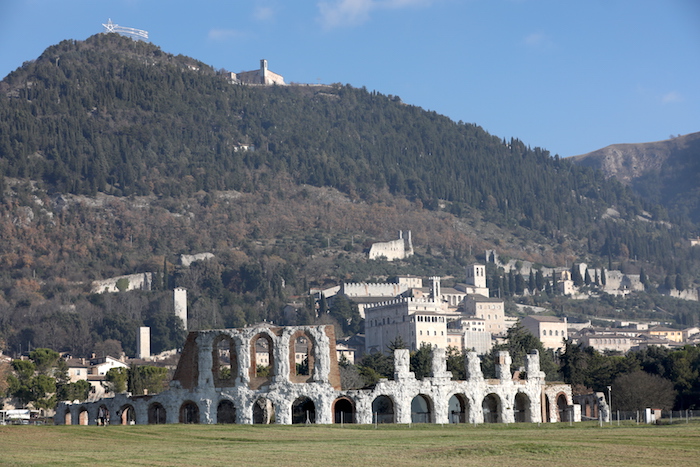 As the home of my maternal grandfather, Gubbio has a special place in my heart. It’s also the home the Palazzo dei Consoli, which was built in the 14th century by Angelo da Orvieto. It’s still standing today and provides some of the best views of the Umbrian countryside.

Check out our article 5 Things to Do in Gubbio, Italy 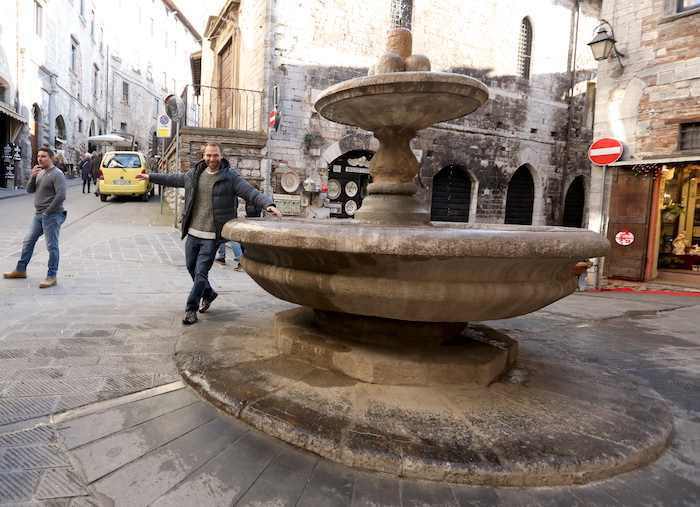 Other great features of this medieval-era structure include the Civic Museum, which is home to archaeological treasures from the city and an iron cage that used to house the city’s robbers and criminals. Seeing how society’s lawbreakers used to live can be pretty creepy! 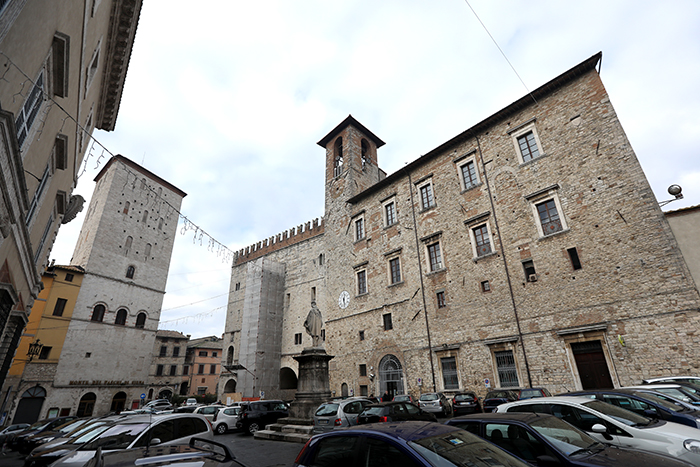 Head south from Perugia about 30 minutes and you’ll find the town of Todi, located on the southern edge of Umbria. One of the main sites here is the Todi Cathedral, which was once the site of a temple that was believed to be in honor of the Roman god Apollo. That temple was destroyed by fire in 1190, and it’s now another testament to the Gothic style of medieval times, marked by its beautiful rose window. 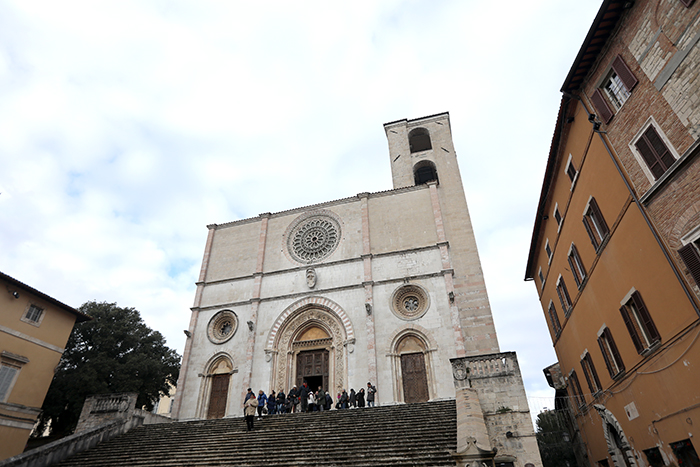 The cathedral is hardly the only church in the city, as the Santa Maria della Consolazione displays Renaissance features, such as its domed ceiling and an image of the Madonna in the interior of the church. While the Santa Maria might provide beautiful views inside its walls, there’s nothing like the views from the roof of San Fortunato, which features some of the best views of the town of Todi. And for a great meal in the city, the Ristorante Le Scalette is the perfect place to try some Umbrian antipasti, Italian meats and local wines, all with a side of some more picturesque views of Todi! 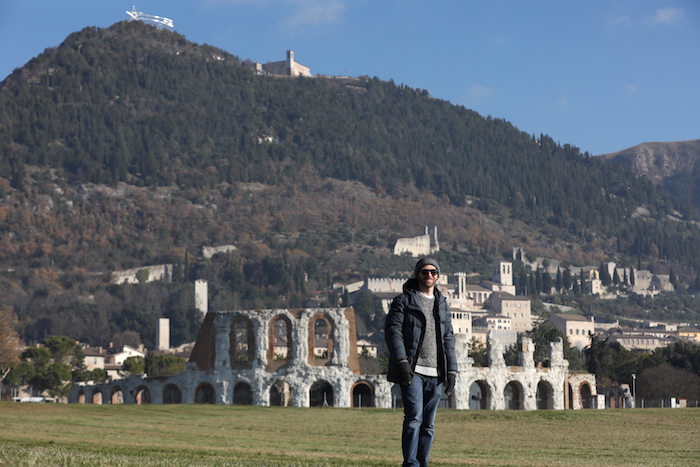 As the only region in Italy not touched by coastline or a national border, Umbria is mostly untouched by the constant flow of tourists that have impacted other parts of Italy. That’s great news for visitors looking to explore, because a lack of crowds means that it’s easy to get to all of the places to visit in Umbria that are on your list. With fantastic Italian meals readily available and a chance to eat local truffles every day, it’s a great place to spend a week or more exploring Italy’s past while immersing yourself in the culture!

I hope you enjoyed this article about the 5 places to visit in Umbria! Have you been to Umbria before? Where did you visit?