Though England is far more popular with international tourists, the western reaches of Wales show that the UK has much more to offer still, especially when it comes to coastline. You’ll find some of the country’s very best beaches in Wales – long stretches of golden sands, dramatic cliffs, waves to challenge keen surfers and, often, not a soul around!

But with so many beaches to choose from – Wales is surrounded by coastline on three sides – it’s difficult to figure out which are worth heading to. Our British friends at holidaycottages.co.uk have leant us their expert advice and given us their pick of Wales’ best beaches. If you’re tempted to visit the beaches for yourself, take a look at their selection of places to stay in Wales here. 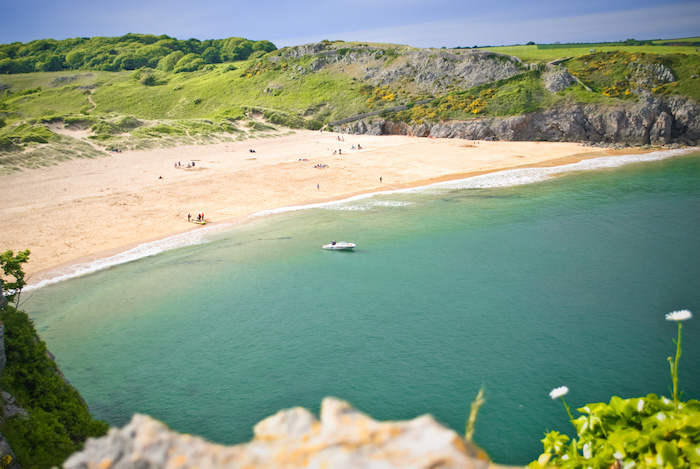 With fine golden sands and crystal-clear waters, Barafundle Bay may well be mistaken for a beach in the Caribbean, though its backdrop of craggy cliffs, sand dunes and pine trees firmly ground it back in Wales. It’s just one of the many gorgeous beaches you’ll find in the Welsh region of Pembrokeshire on the west coast. 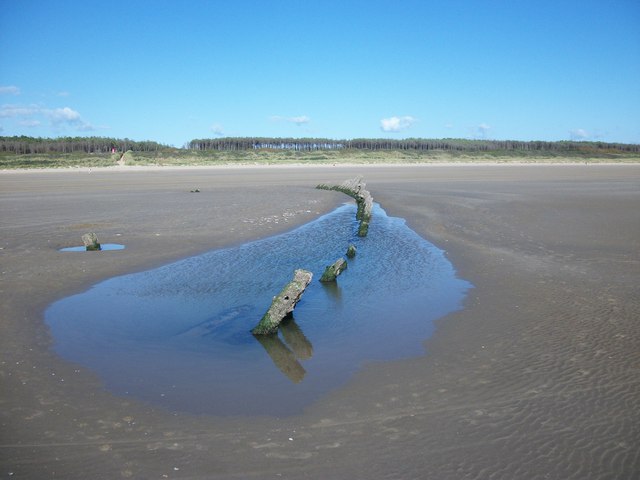 At eight miles long, Cefn Sidan is the longest beach in Wales. Translated from the Welsh as ‘silky back’, this sparkling beach is a joy to walk from end to end, with views out to sea, sand dunes and the Gower Peninsula to soak up along the way. A short distance inland, you’ll find the Pembrey Country Park, decorated with nature trails and cycle tracks. 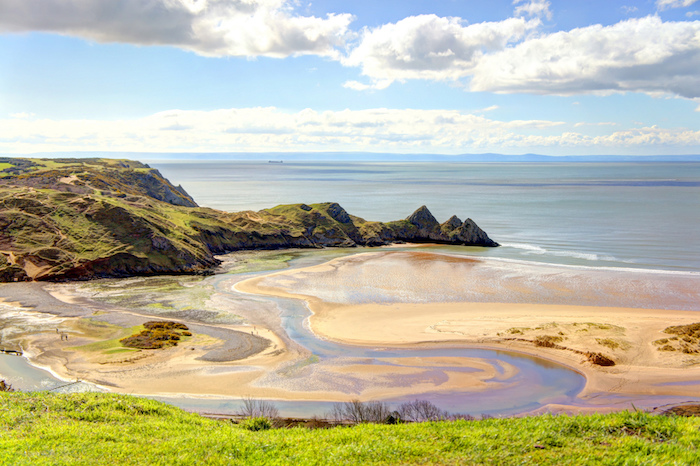 Easily reached from the city of Swansea, Three Cliffs Bay is a pretty little beach found beneath towering clifftops. Down on the beach, the main focal points are the three prominent crags jutting out along the sand, while a hike above the bay takes you to the ruins of the medieval Pennard Castle. 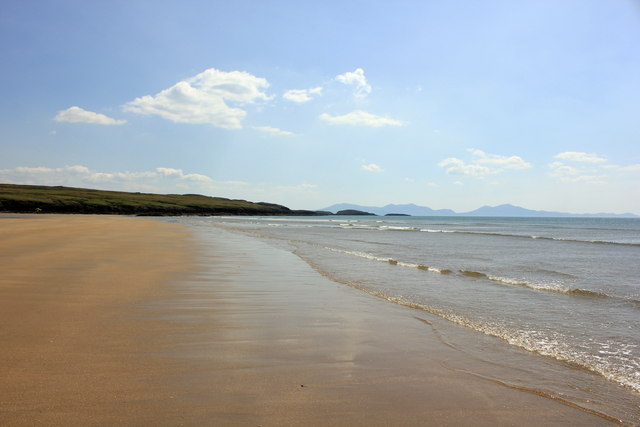 Aberffraw Bay is an unspoilt and remote beach – the perfect place to head to if you’re looking to get away from the crowds. It can only be reached by a half-mile walk along the sandy riverbank from the village, but the journey is worth it for the wide sweep of golden sands you’re rewarded with afterwards. 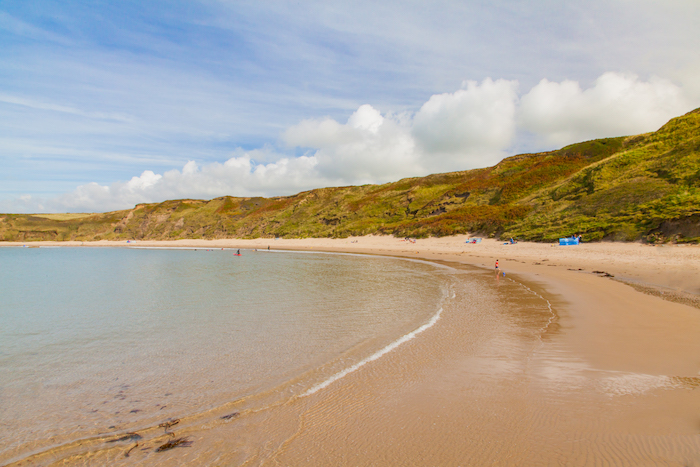 Porth Oer can be found on the coast of the peaceful Llyn Peninsula, and is great for swimming, surfing and walking. Surrounded by rugged cliffs and headland on both sides, Porth Oer’s white sands are famous for the sound made as you walk on the dry sand underfoot, which has earnt the beach the nickname of Whistling Sands.

What did you think of these 5 amazing beaches in Wales?