Though it’s not one of Ukraine’s biggest cities, Lviv is viewed as the country’s cultural capital. It’s packed with fascinating places to visit including dozens of cathedrals and churches, museums, and UNESCO World Heritage Sites. 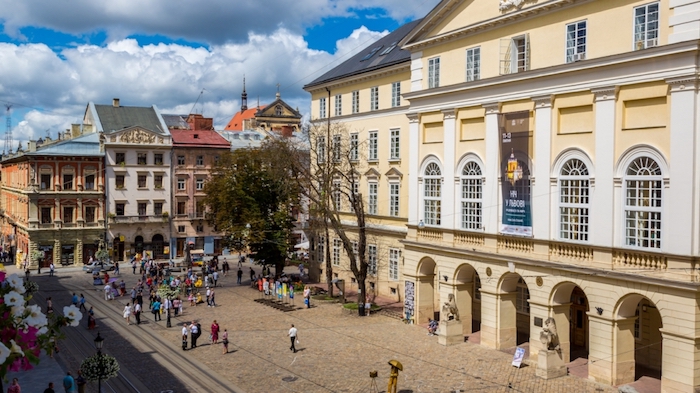 Cobblestone streets, medieval buildings, and a friendly, cozy atmosphere give Lviv a unique charm and appeal. The Old Town is a particularly special place. It is of little surprise that Lviv has drawn more visitors in recent years than Kiev and Odessa.

Like the rest of Ukraine, Lviv has not yet been overrun with crowds. However, with the introduction of the eVisa for Ukraine, it has never been easier to travel there and tourism is on the rise. Now is the best time to go.

Lviv should be one of the Ukrainian destinations at the top of your list. Here are five of the best things to see and do in the city but as there is such an incredible amount to see, this list only represents the tip of the iceberg. 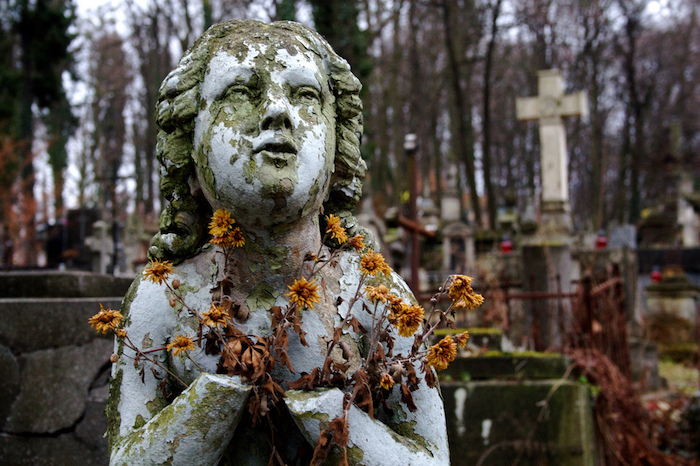 The necropolis dates back to the 18th century and contains over 300,000 graves. It has become one of the cities most important points of interest, both architecturally and culturally.

It is the resting place of a number of national icons. The most famous is the revered poet, writer, and political radical, Ivan Franko. Other notable Ukrainians buried there include the renowned soprano Solomiya Krushelnytska, the legendary gymnast, Viktor Chukarin, and the great composer, Volodymyr Ivasyuk.

Tragically, there are also the fresh graves of soldiers who have been killed in the recent conflict with Russia in the Crimean Peninsula. It is a moving part of the experience which provides a stark reminder of the cost of war.

The Lviv Theatre of Opera and Ballet 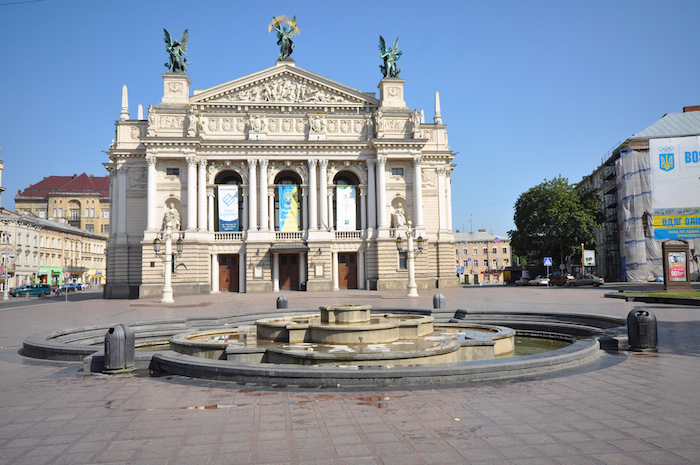 The UNESCO World Heritage Site was built between 1897-1900 by the Polish architect Zygmunt Gorgolewski. Lviv was in the Austro-Hungarian empire and the theatre shares many characteristics with the Vienna State Opera including its Neo-Renaissance style.

Its extravagant facade is particularly impressive. It consists of Corinthian columns, pilasters, cornices, and stucco garlands as well as large bronze statues which symbolize glory, poetry, and music. The grand auditorium is beautifully decorated with a number of works of art and examples of world-class craftsmanship.

The theatre was originally built on the former mashland of the Poltva River. This was problematic and created the rumor that the architect attempted to commit suicide because the foundations were being washed away. He actually died of heart disease and the opera house is perfectly intact. 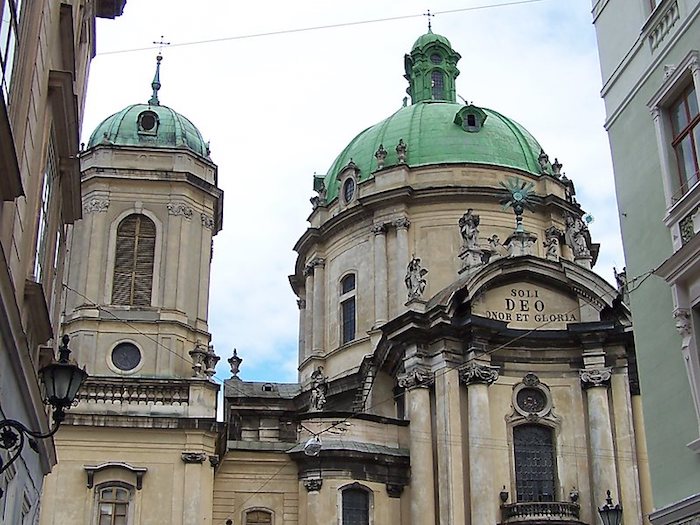 There are numerous cathedrals and churches in Lviv which are all worth seeing including the Latin Cathedral, St. George’s Cathedral, and the Armenian Cathedral. The stunning Baroque features, including the beautiful domed roof, make the Dominican Cathedral particularly special.

The Dominican Monastery dates back to the 13th century though it was destroyed in 1408 by a fire. A Gothic stone church was erected in its place and the cathedral went on to reach its heyday in the 17th century becoming the central monastery of the Eastern European Dominican Order.

One of its most prominent features, the bell tower, was not erected until 1865 and further restorations and improvements were made in the 1970s. In the cathedral’s square you can see a statue of the monk, Federov, who introduced printing to Ukraine. 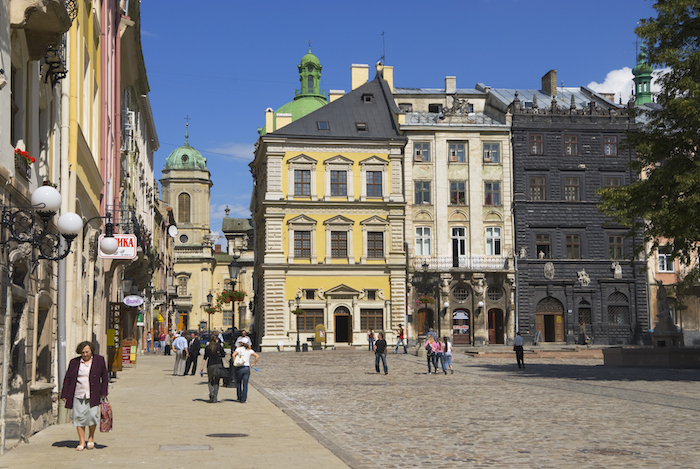 Ploshcha Rynok is the old market square which lies at the heart of Lviv Old Town, a UNESCO site. The charming spot is a great place to relax, enjoy the view, have a drink, and soak up the fun, friendly atmosphere. There are often buskers and entertainers performing.

The picturesque square consists of around 40 uniform townhouses which are three or four storeys high. It is a typical meeting point for locals and a particularly romantic spot for couples.

It was the city’s main market square until it was burnt down in 1825. Though the market is no longer there, the square is still uniquely special and is still enjoyed by both locals and visitors. 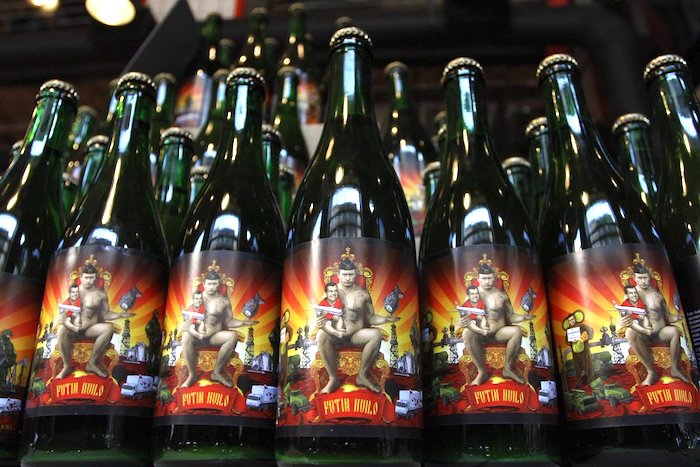 Enjoy some of the city’s best-brewed beers and learn about the process at the same time. There is live music performed by the brewery’s own orchestra, the Pravda Orchestra, and you can order some fantastic pub food.

The building is nicknamed the ‘Zipper’ after a famous tradesman from Lviv. It’s a large, industrial structure which has had many past functions. It has previously served as a jewelry store, a trade building, and a department store.

As a member of the audience, you can try a wide selection of craft beers. On the ground floor there is shop where you can buy the beer and other souvenirs.

One thought on “Best Things to See and Do in Lviv, Ukraine”