The world is full of beautiful regions which attract people with magnificent views. But this planet has so many places to visit that it’ll be hard to prioritize some of them, if you want to avoid the crowds of tourists, you’ll love the locations we choose to discover. Our experts from EssayBulls will tell you about breathtakingly awesome places in the world that you just must visit at least once in life. 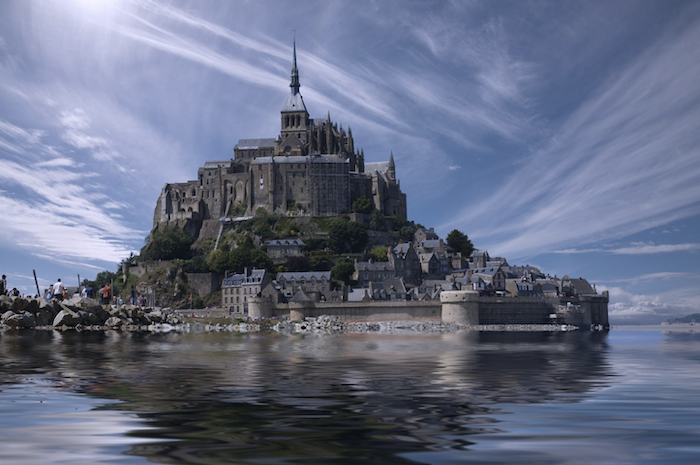 Mont-Saint-Michel is a Gothic abbey surrounded by a village. The influence of the medieval times can be seen in its architectural style, which counts as the most remarkable feature of this place. The abbey will impress any visitor by its mysterious atmosphere, so don’t forget to look deeper into ancient history of this place. Besides, you can walk through the pilgrimage passage that emerges only once a day during the tides. Mont-Saint-Michel Abbey is not just a holy place: there is also the village that shows the hierarchy of feudal society. 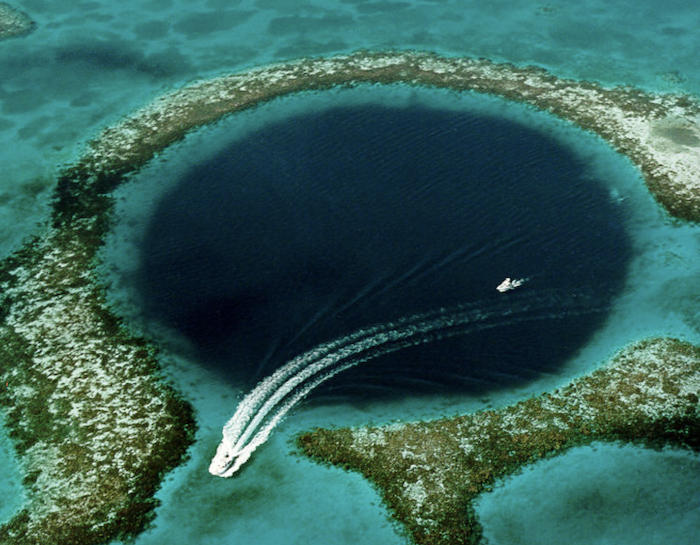 The Great Blue Hole is the largest natural formation that belongs to the Belize Barrier Reef. If you are fond of diving, it is the best destination to explore the rich natural habitats. The uniqueness of this place is in the opportunity to get an amazing experience of observing the underwater stalactites and stalagmites, as well as the beautiful passages deep under. One more interesting fact is that the stalactites were formed in the cavern above the sea level thousands years ago. Thus, diving at the Great Blue Hole is the chance to see the consequences of the Earth transformations which started ages ago.

#3. The Great Wall of China 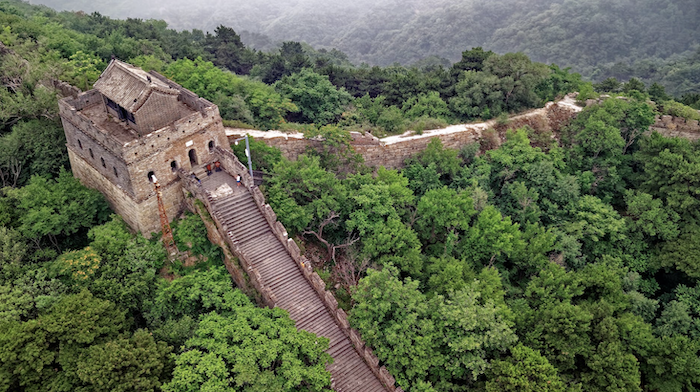 The Great Wall of China is one of the most famous tourists’ place due to the two facts: it is an impressive architectural marvel and one of the world’s human-made wonders. Just imagine the series of fortifications and walls stretching for thousands of kilometers from east to west! The Great Wall of China resembles the giant snake-like dragon, the symbol that represents China’s culture from a birds eye view. Visiting this unique place, you will have an opportunity to discover the history and culture of China. 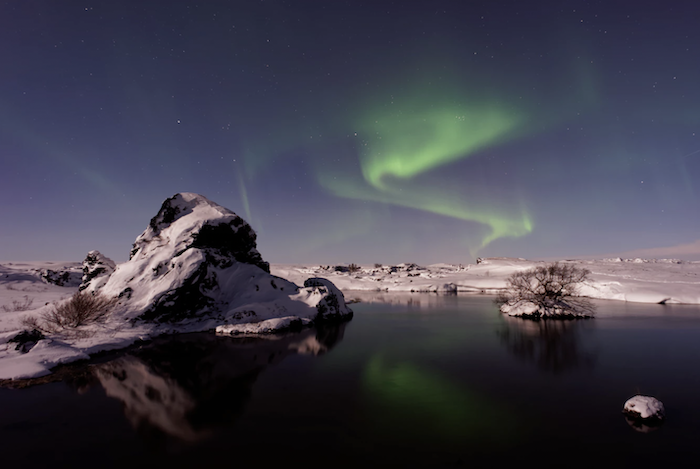 Aurora Borealis or the Northern Lights is the natural light phenomenon worth to be seen. Iceland refers to one of the best places in Scandinavia, where it is possible to observe the lights. The best option to see the Aurora Borealis takes place from September to March at the long nights period. There are several locations in Iceland, including Thingvellir National Park, Jokulsarlon Glacier Lagoon, and Skogafoss Waterfall. You can take one of the tours and enjoy the sight.

#5. The Great Barrier Reef in Australia 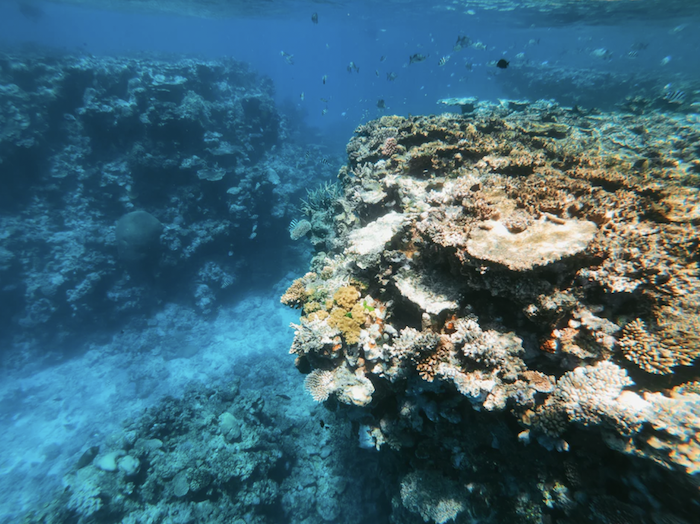 Without any doubt, the Great Barrier Reef is a fascinating natural wonder for being the world’s largest coral reef. This place is the unique combination of reef systems, coral cays, tropical islands, and golden beaches. Every tourist will find the activity to spend time here. The visitors can enjoy scuba diving, snorkeling, cruise ship tours, whale watching, and helicopter tours. The opportunity to enjoy the magical sea sceneries is the best experience of the Great Barrier Reef. 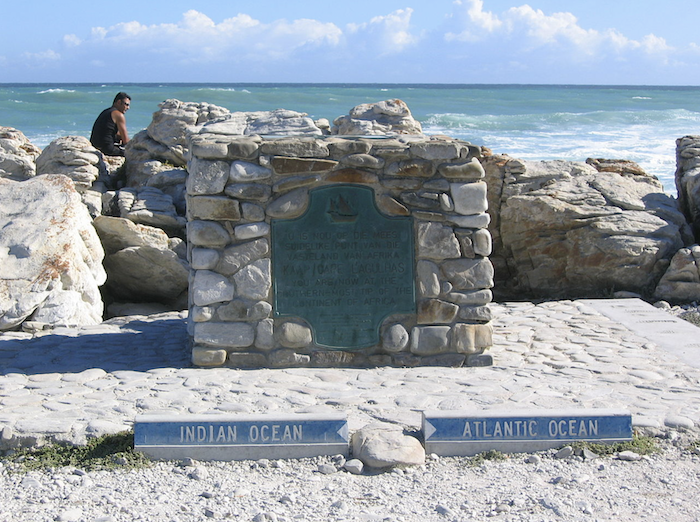 Cape Agulhas is a place where two oceans meet. You can see the dividing line between the Atlantic and Indian Ocean. Thus, it is a place where the warm water of the Indian Ocean meets the cold waters of the Atlantic Ocean. The confluence of the oceans affects climate and sea life due to changes in temperature along the coast. Cape Agulhas is an interesting place to visit, just to stand between two oceans is already an overwhelming experience! 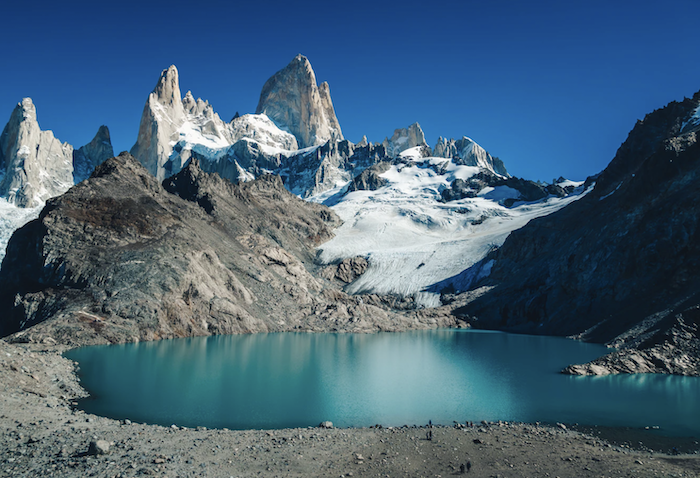 If you wish to become a part of true Nature’s beauty and glory, Argentine Patagonia is the best place feel it. As it is the birth-place of parks, forests, and other natural landmarks. The tourists have the opportunity to enjoy the amazing views almost in every corner of the region. Besides, the northwest region of Patagonia is known for dinosaurs fossils, including the skeleton of the biggest dinosaur on the planet. If you want to see the “motherland” of giant creatures of the past, you need to visit Argentine Patagonia! 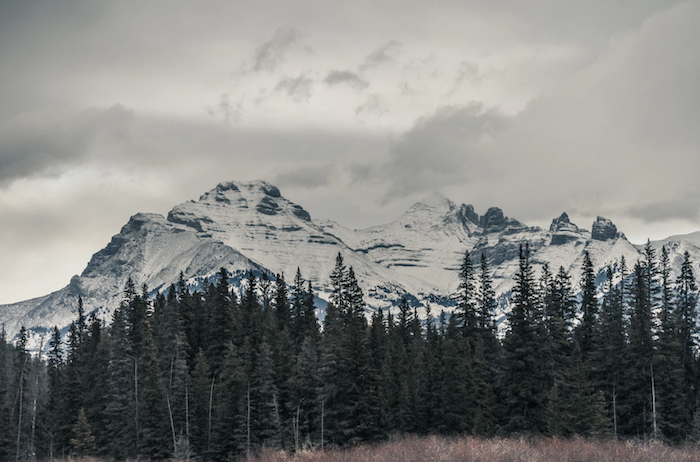 Banff National Park refers to the World Heritage and is known for a combination of natural and human-made beauty. Several landmarks are worthy of visiting, especially various lakes; so it is possible to call Banff “the land of lakes”. For instance, Lake Minnewanka, that is human-made, is the biggest lake in the Banff National Park. Lake Louise is the next famous place known for glaciers, waterfalls, and hiking. Besides, there are plenty of glacially-fed lakes, such as Peyto Lake and Moraine Lake. Hence, the park provides a opportunity to be inspired by observing the views of lakes, mountains, and boundless sky. 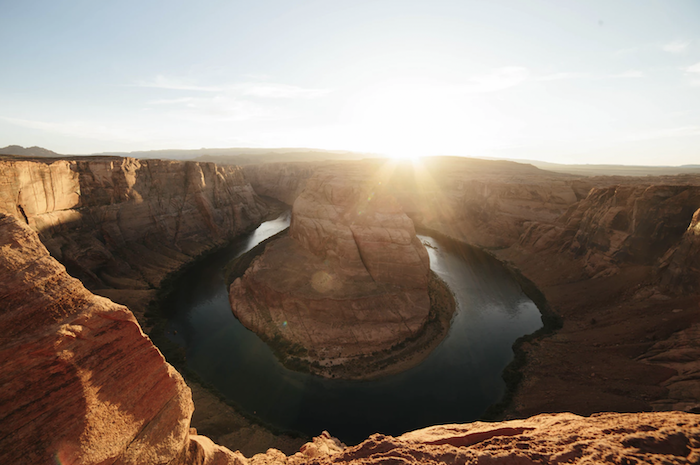 There is no doubt that Grand Canyon in this list is the most visited places not only in the US but also worldwide. This place is worthy of visiting at least once as far as it is one of the most recognizable landmarks on Earth. Furthermore, it is a place of great mysteries. Thus, Grand Canyon represents one of the geological phenomenon known as the Great Unconformity. Nobody knows the cause for the fact that million-years-old rocks lie directly to billion-year-old ones. The massiveness is the unique feature of the park: the tourists have an opportunity to experience several totally different ecosystems within the territory of one park. 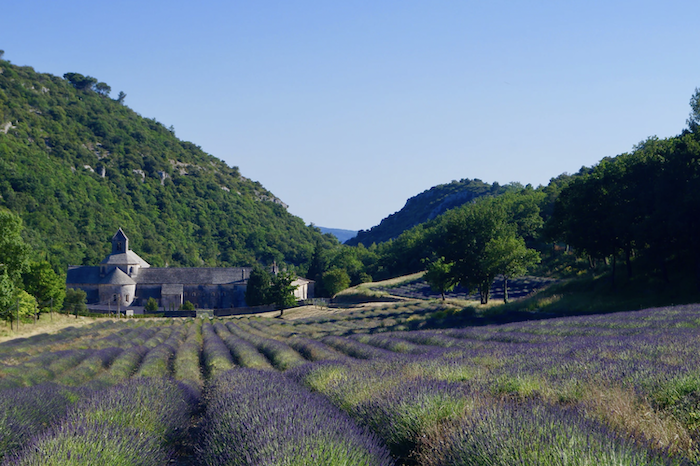 Provance is known for the Lavander fields across the world. There are different tourist attractions related to the flowering season of lavender in summer. If you want to observe it, you can take a tour or participate in the lavender festivals. Thus, the festivals gives you the opportunity to celebrate, explore local traditions and listen to the folk music. As you might have already guessed, everything here is related to the lavender, so you will definitely catch beautiful pictures across the blooming field.

That’s all! Hope we helped you to choose the route for your next unforgettable trip!