As my adventures in Lviv, Ukraine continued, I set out to explore the local craft beer culture and attended an amazing festival. Come with me as I attend the ultimate Ukrainian craft beer and vinyl music festival in Lviv, Ukraine!

My guide Diana from Tours by Locals and I started on the afternoon of May 15, 2021 with our friend Taras at the Craft Beer and Vinyl Music Festival in Lviv, Ukraine. There are 46 craft brewers there, plus another 10 homebrewers, so there are tons of varieties to try! 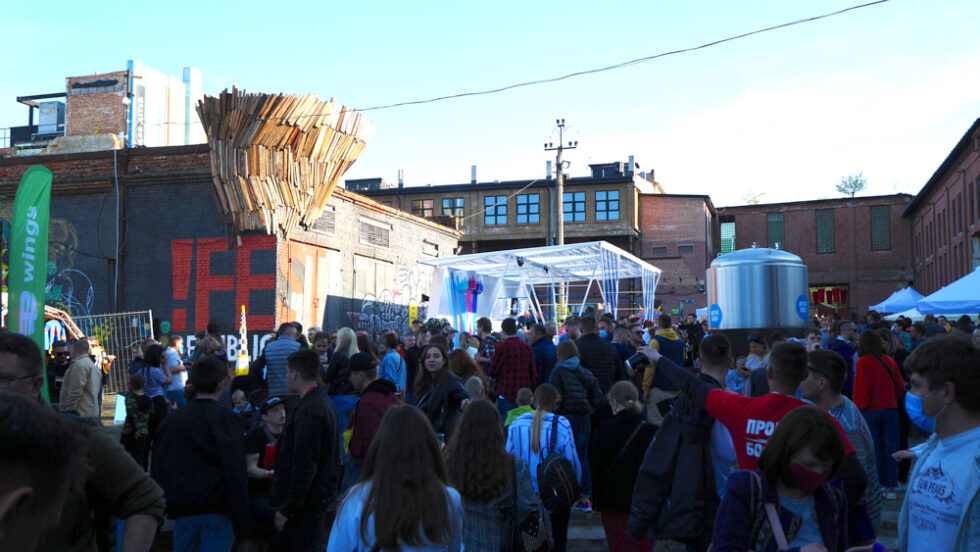 I started by getting a glass and a holder, which has a comics-style image of a woman on it. Taras started me off by getting me a barrel-aged Imperial Scotch Ale, which was very strong and smooth. It’s 10% alcohol! 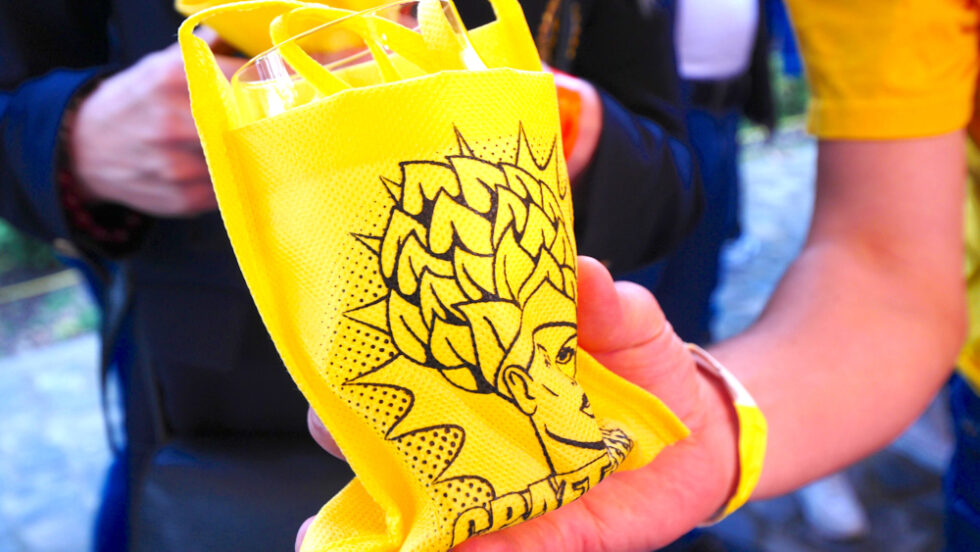 Next was a Tabasco Light Beer from Kyiv, which was spicy and only 3% alcohol. I followed that with a fruit sour beer that contained lots of berries and mango. It was nice, sour, and fruity! It tasted very summery and only 3.5% alcohol. 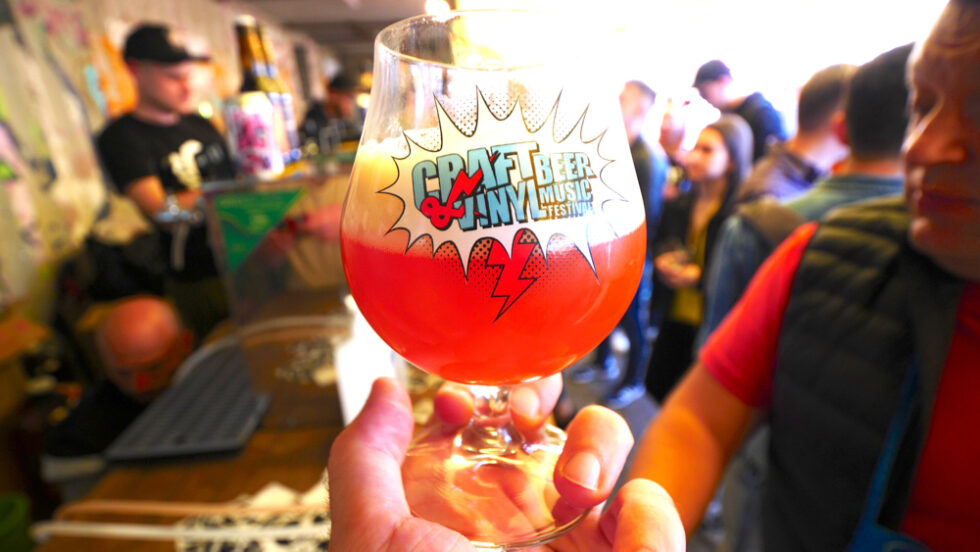 In the middle of the festival were some tents and food stations, but I went on to the Underwood Brewery booth to try their Amnesia Haze New England IPA. It’s 5% and sessionable and not too hoppy.

Next was the Svit stout, which reminded me a bit of a Guinness. In the food section, they had noodles, chicken, pizza, hot dogs, fries, and more. I got a roast beef bagel, which contained roast beef, spinach, sour cream, cucumbers, spices, tomatoes, and sprouts on toasted bread. 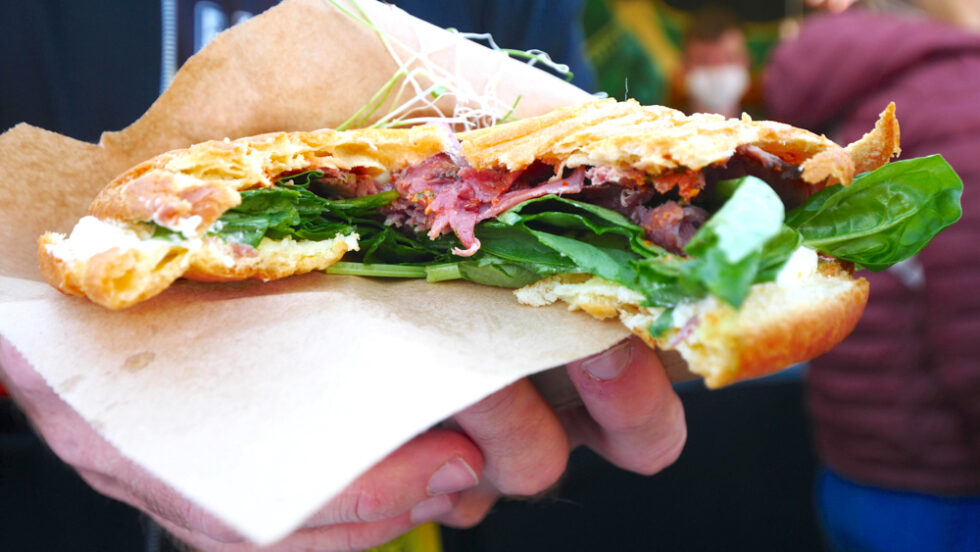 The bagel was such a massive sandwich and was so tasty! The sour cream made it really creamy, and the fresh vegetables and crispy bread were unreal! 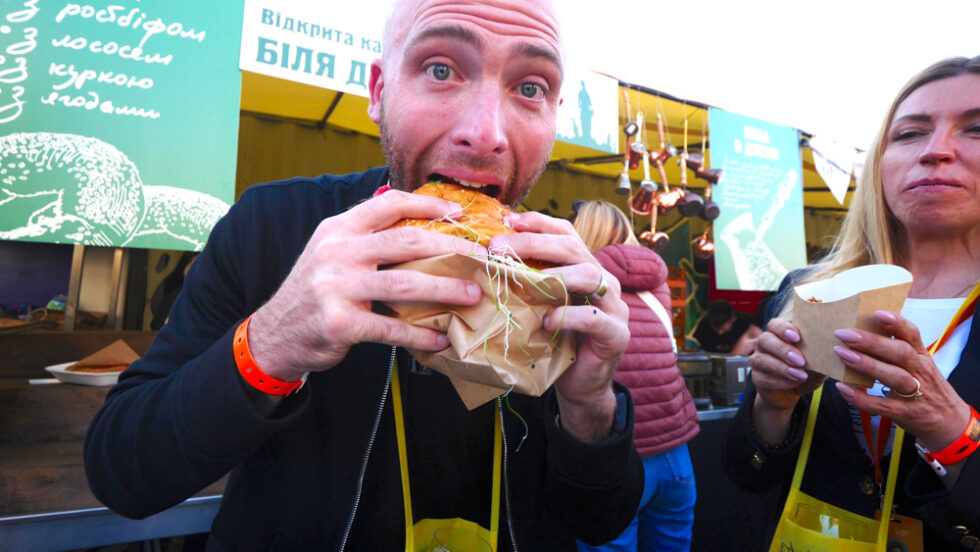 Then, I tried malt nuggets with caramel and spices. I’d never had malt like it before. It was like a spicy rice cake! Next, we visited Pravda Brewery and saw their entire beer-making process, starting with their fermentation tanks. I couldn’t wait to try their saison farmhouse ale straight from the tank. It was really good and super young. 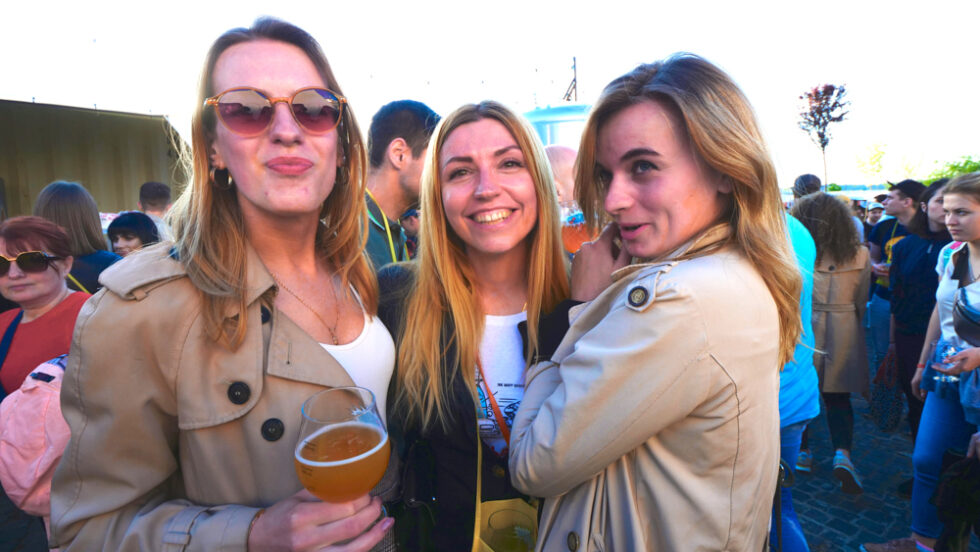 Next, I got a “Craft is My Superpower” hat and then headed to High Castle Hill with Diana. High Castle is the highest point in Lviv, where you can enjoy amazing panoramic views. There used to be a castle there, but it was destroyed by various invaders over the years.

Check out my VIDEO: Ukrainian Street Food You Must Try in Kyiv, Ukraine

There are only small ruins of the castle left. The hike to the top was tough, but the views were worth it. I could see the Old Town, the surrounding hills, and more. If you don’t come to High Castle, you weren’t in Lviv! It’s tradition for graduates from universities to climb up the hill in the morning or at sunset. Lviv was built on 3 hilltops, including High Castle Hill, Citadel Hill, and St. George’s Hill. High Castle is the tallest! 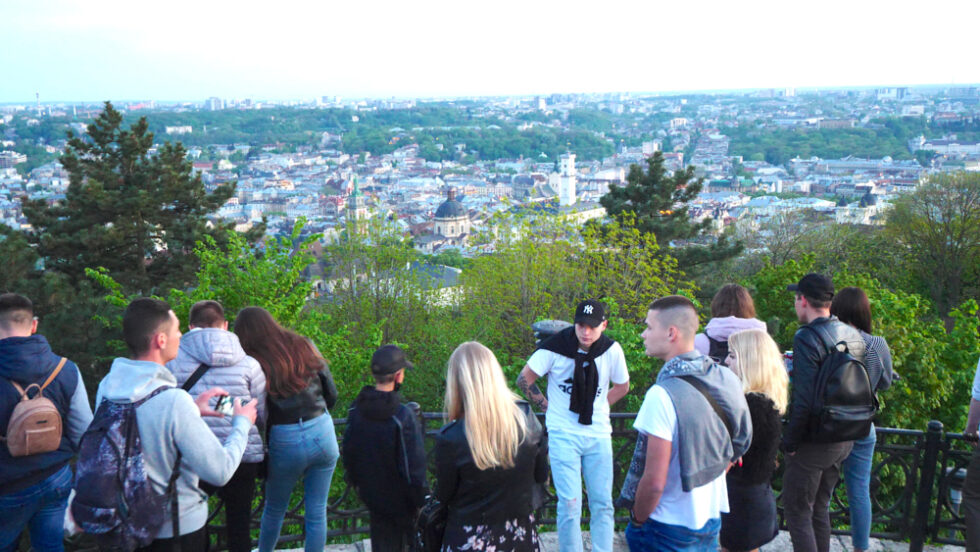 I hope you liked coming with me to the Ukrainian craft beer and vinyl music festival in Lviv, Ukraine! If you did, please give this video a thumbs up and leave a comment below. Also, please subscribe to my YouTube channel and click the notification bell so you don’t miss any of my travel/food adventures around the world!