After spending a few days exploring the beautiful Transcarpathia region of Ukraine, I headed back to Lviv for one last hurrah before my flight to Odessa! Come with me as I take you to have incredible Ukrainian ribs, burgers, and craft beer in Lviv, Ukraine!

My guide Diana from Tours by Locals and I started off at Nevytske Castle about 20 minutes outside the town of Uzhhorod, the capital of Ukraine’s Transcarpathia region. You have to take a rough road and walk a forest path for about 5 minutes to get there. 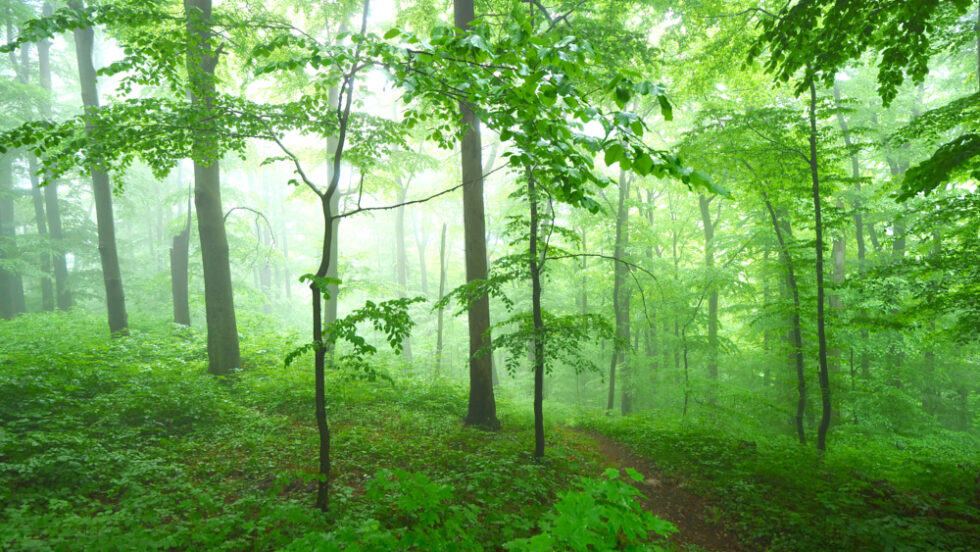 It dates back to the 14th century and belonged to the same aristocrats who owned Uzhhorod Castle. The castle has been under renovation since 2018, and climbing up to the top, especially if the ground is wet, can be dangerous. Be careful if you climb up there. The view from atop the walls is incredible! It was very misty and foggy and made me feel like I was back in medieval times! 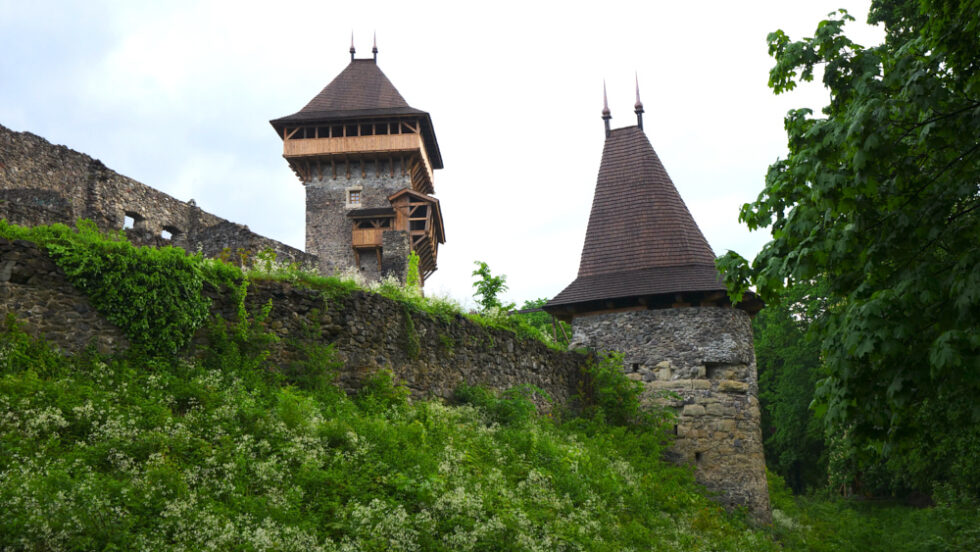 The courtyard of the castle is made up of beautiful stones. The architecture was amazing. It reminded me of photos I’d seen of sites in Transylvania. Along the path to get to the castle, you’ll probably see lots of snails on the plants. They’re a delicacy in Ukraine! 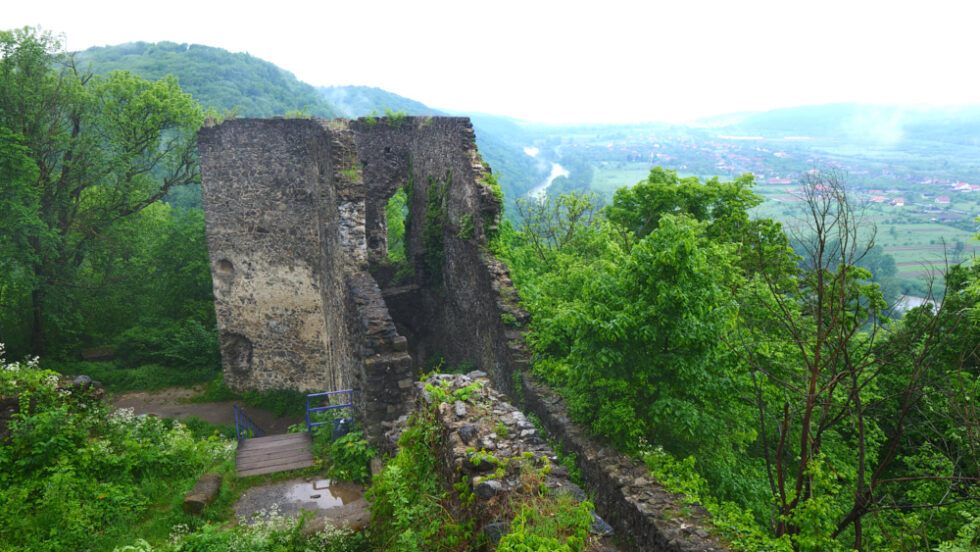 Then, we drove back through the forest on our way back to the road. Along the road are spa resorts, ski resorts, and thermal bath resorts. There was a new village every 10-15 minutes. We passed through a livestock market.

The people from this part of western Ukraine are known as Ruthenians, and there are many Slavic groups in Europe. There are Eastern, Western, and Southern Slavs. Diana and I are both Eastern Slavs, but she’s 98% while I’m on 25%! 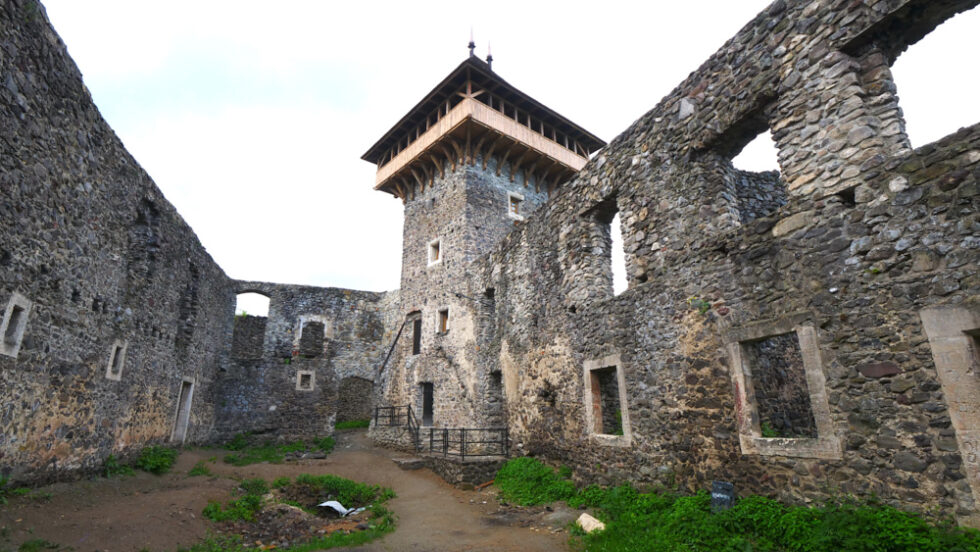 The roads here can be full of potholes and you have to pass through checkpoints. We wanted to pass through a few national parks in the mountains, so we took a different road back to Lviv. This road took us very close to the border with Poland. 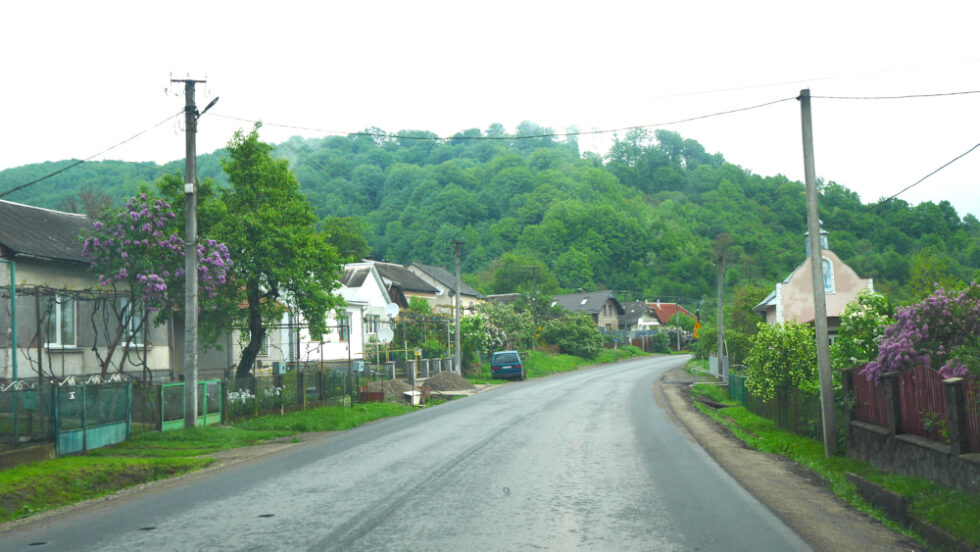 There were people practicing skiing along the side of the road! We eventually made it to Staryi Sambir, a town close to the Polish border that has lots of Polish traditions, Greek Catholic and Roman Catholic churches, markets, and more. I was so hungry and couldn’t wait to eat. After a 4-hour drive, we arrived back in Lviv to eat at Re:Bro, an amazing barbecue joint in town. It’s like a beautiful, industrial-style setting inside with tables and more private booths further back. 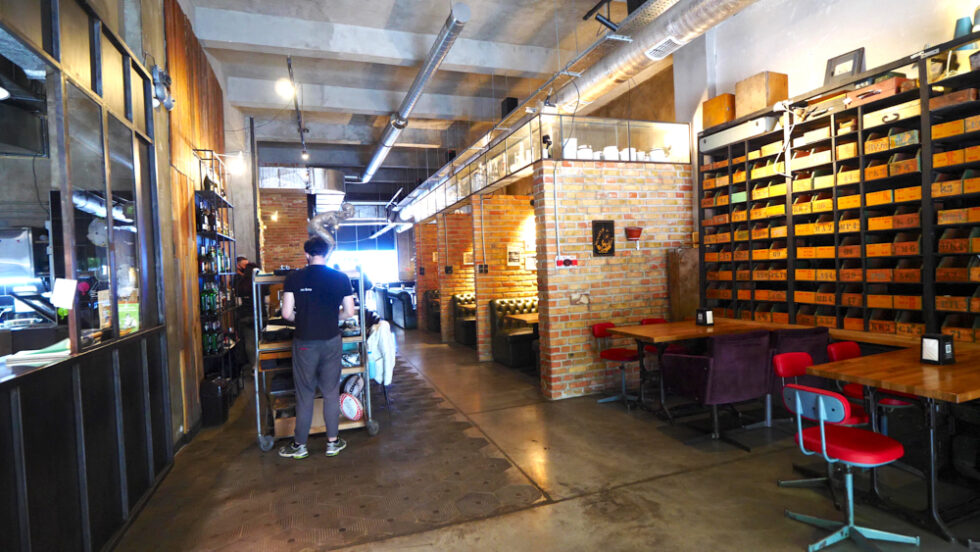 I started with a Volta IPA but we’d have so much more. The restaurant used to be an old plant where Diana’s grandmother used to work. There are still old test tubes, Soviet statues, and Soviet equipment still on display there. 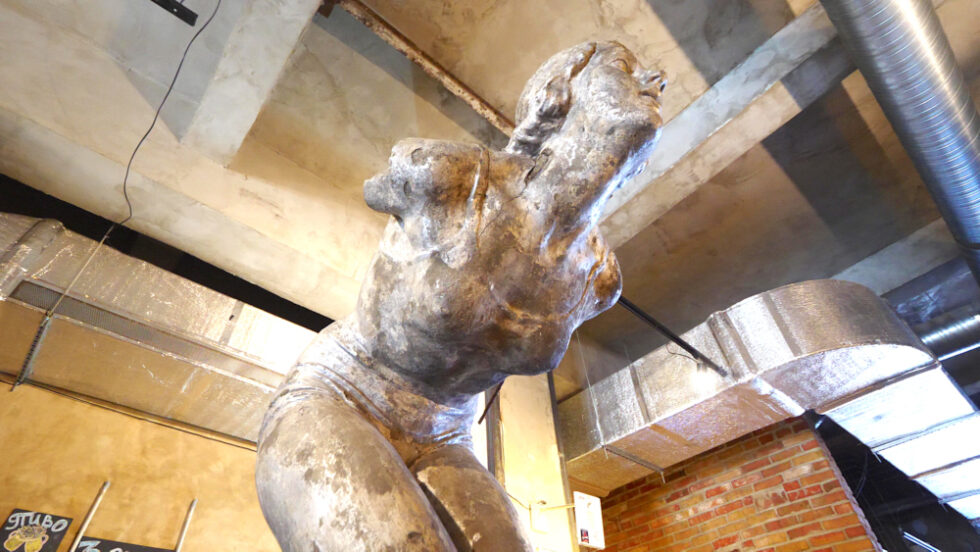 In the kitchen, I watched the cooks make a Georgian cheese and egg bread dish called Khachapuri, beef ribs, pork ribs, chicken hearts, carrots, my burger, and more. The barbecue on the sauce looked like a spicy red barbecue sauce!

We got seven dishes: bau salad, milk stout, chicken hearts, pork ribs, a mystery burger, Adjarian Khachapuri, and more. The salad contained mushrooms, cherry tomatoes, and porridge. The chicken hearts were dense and chewy and had a glazy sauce on them. Next were the cheese balls, which were filled with melted, gooey cheese. It reminded me of the pao de queijo I had in Brazil. 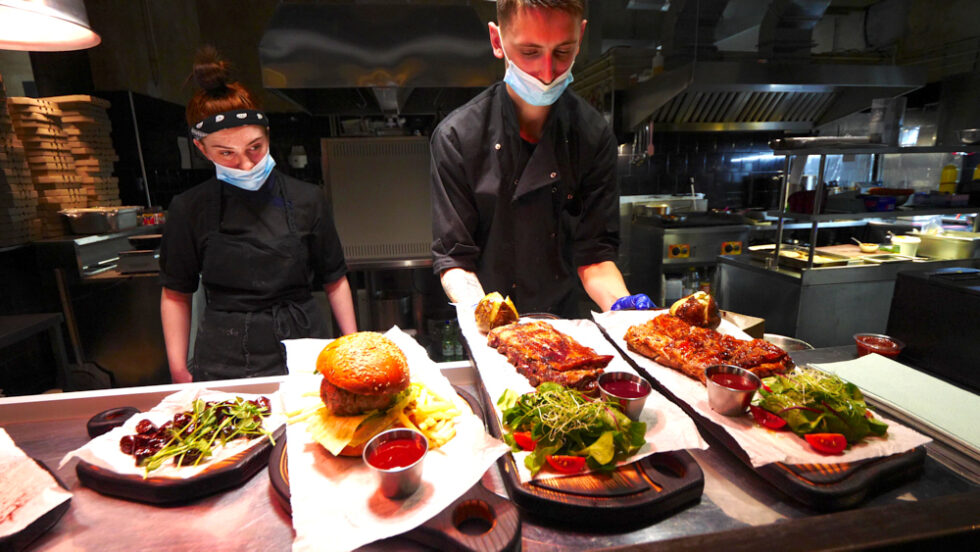 Next was the Adjarian Khachapuri. It’s a boat-shaped pastry with cheese and egg mixed together inside. The cheesy bread was inside and I loved the egg yolk. The flavor in the bread was also amazing! The pork ribs came with 3 sauces: berry, orange and chili, and barbecue. They were so meaty and I loved the sweet-and-sour berry sauce. The meat fell right off the bone! I couldn’t get enough of the Texas-style barbecue sauce. The milk stout paired perfectly with it. 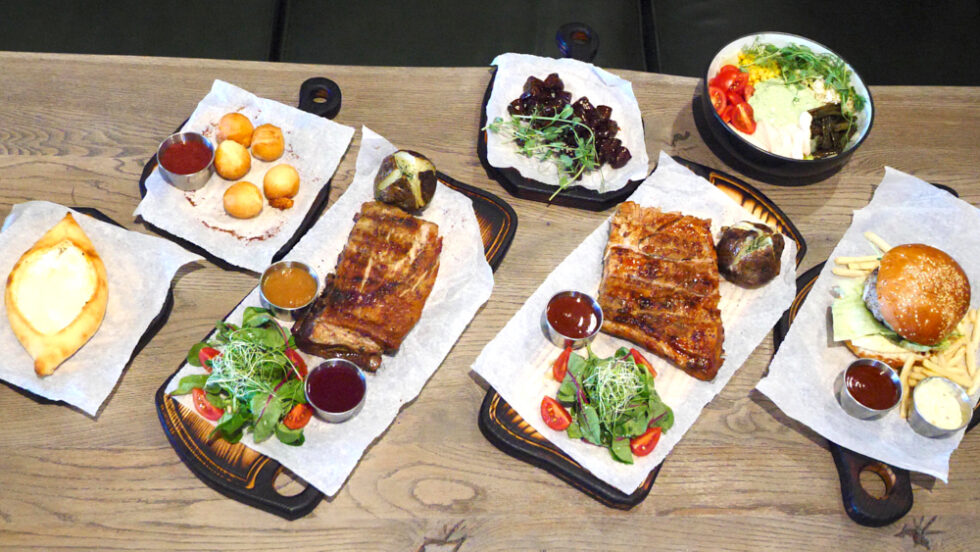 Then, I jumped on the burger, which contains meat, pork lard, and vegetables mixed together. It also contained two sauces and came on a fluffy bun. It was so thick, juicy, and tasty and the textures were out of this world! The lard was outstanding! 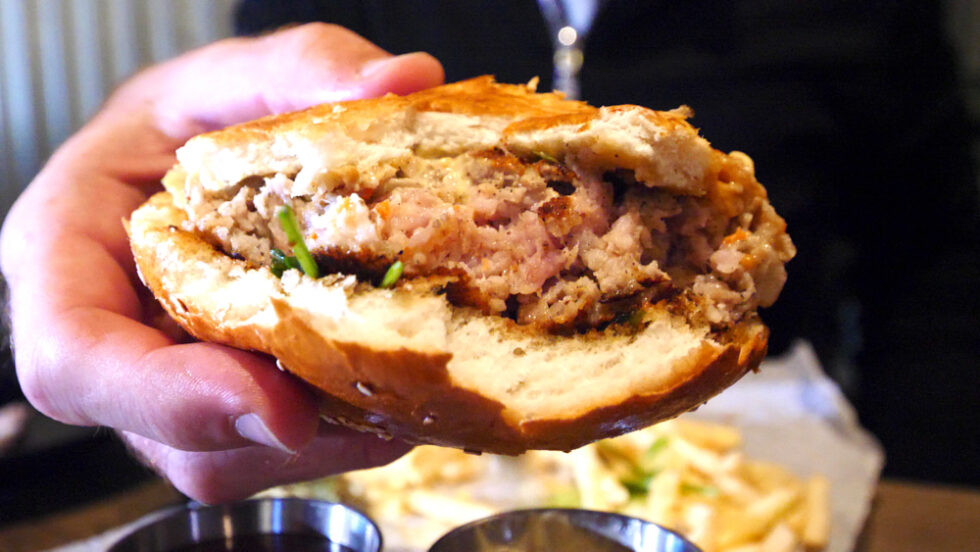 Next was the salad, which was crisp and crunchy. The chicken, tomatoes, lettuce, and porridge were unreal. Then, I tried the beef ribs with the amazing barbecue sauce. I followed that with the Spicy Sour Gose beer, which is made with hot chili peppers. It’s from Kyiv and was very unique and tangy. It was too spicy for me in terms of beer!

Next door is their sister restaurant, a buffet called Open, where you only pay 25 hryvnia/less than $1 for 100 grams of food! It’s part restaurant, part Soviet museum. This ribs, burgers, and craft beer experience in Lviv, Ukraine, was amazing! 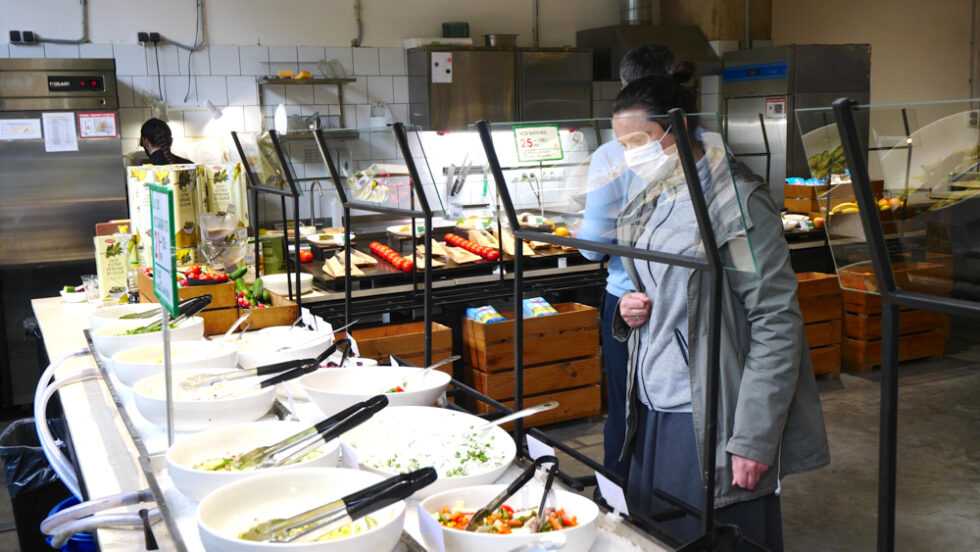 I hope you liked coming with me on my Ukrainian ribs, burgers, and craft beer experience in Uzhhorod and Lviv, Ukraine! If you did, please give this video a thumbs up and leave a comment below. Also, please subscribe to my YouTube channel and click the notification bell so you don’t miss any of my travel/food adventures around the world!