My once-in-a-lifetime trip through Ukraine continued outside the seaside port of Odessa. Join me as I enjoy some medieval Ukrainian fortress food in Bilhorod-Dnistrovskyi, Ukraine!

My guide Natasha from Tours by Locals and I started our latest adventure in wet and rainy Odessa. I’d be taking a day trip to Bilhorod-Dnistrovskyi, a port town on the Black Sea historically known as Akkerman. There, I’d get to visit its historical fortress! 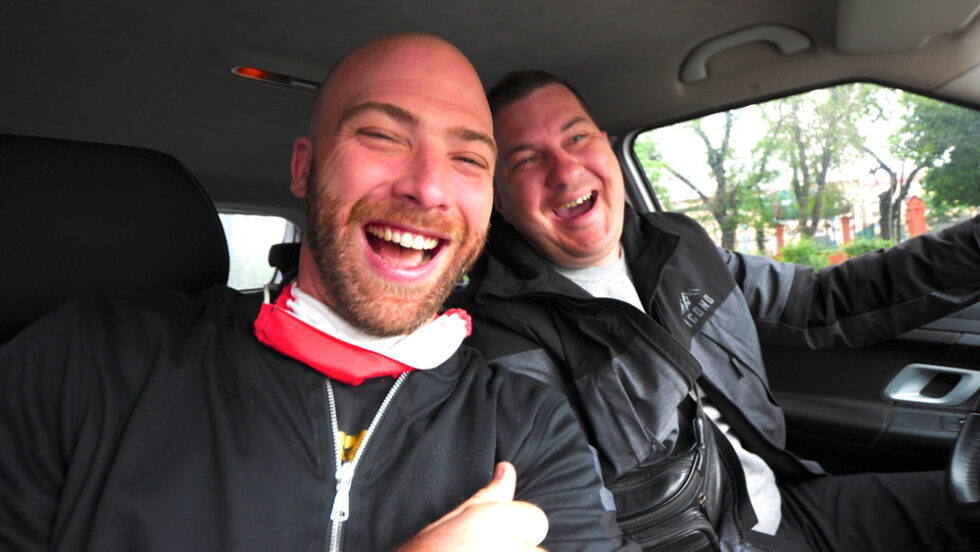 Together with our driver James, we hit the road for a 90-minute drive southwest to Bilhorod-Dnistrovskyi. James was like my Ukrainian brother! He very kindly gifted me some moonshine from his dad’s place! We drove past some vineyards next to the estuary. There are lots of big and private wineries in the area, which grow both indigenous and international grapes. We crossed a bridge into the town of Zatoka, a resort town also located on the Black Sea. 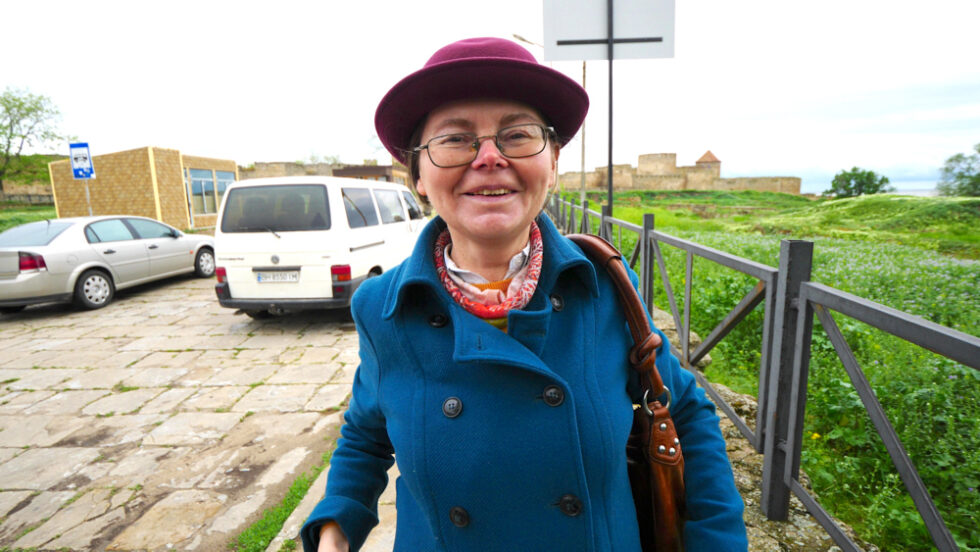 The land was flat and beautiful. We were very close to the countries of Moldova, which I’d visited before, and Romania. Finally, we arrived in Bilhorod-Dnistrovskyi, whose name translates to “White City.” It’s 2,500 years old and one of the oldest cities in the world!

We continued on down a pretty rough road, through a forested area, to Bilhorod-Dnistrovskyi Fortress. It’s also known as Akkerman Fortress and dates back to the 13th-14th centuries. It was built by the Genoese on the ruins of Tyras, an ancient Greek city that existed on the site until the 4th century. 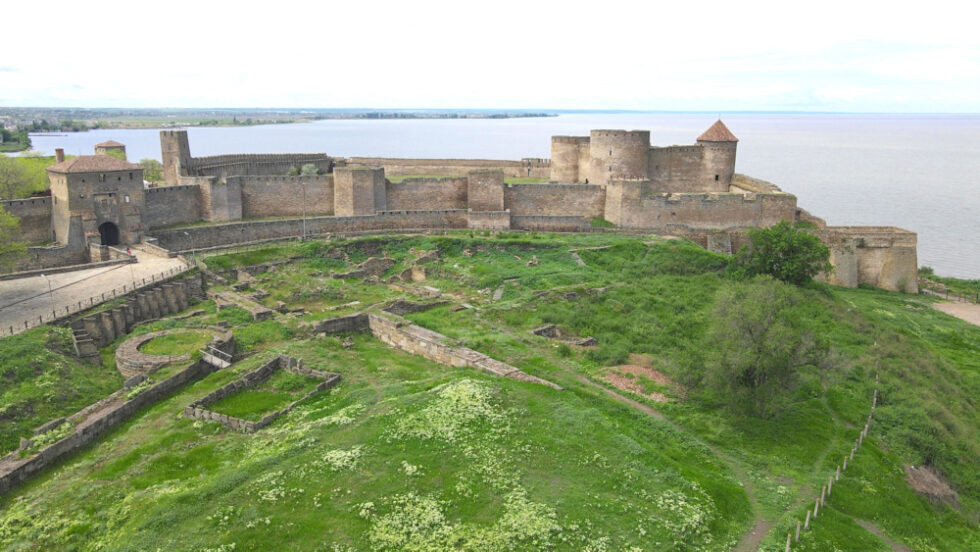 I recommend wearing layers and a jacket if you visit in May as I did, and definitely in the winter. It’s freezing there! Near the fortress is a woman selling coffee. I got an Americano for 15 hryvnia/$0.50 USD to wake up! The fortress stands atop a hill. The entry fee is 80 hryvnia, or about $3.50 USD. The castle is guarded by a moat. It’s the biggest fortress I visited in Ukraine. It was massive! Inside the walls was a space where a medieval festival would be held. 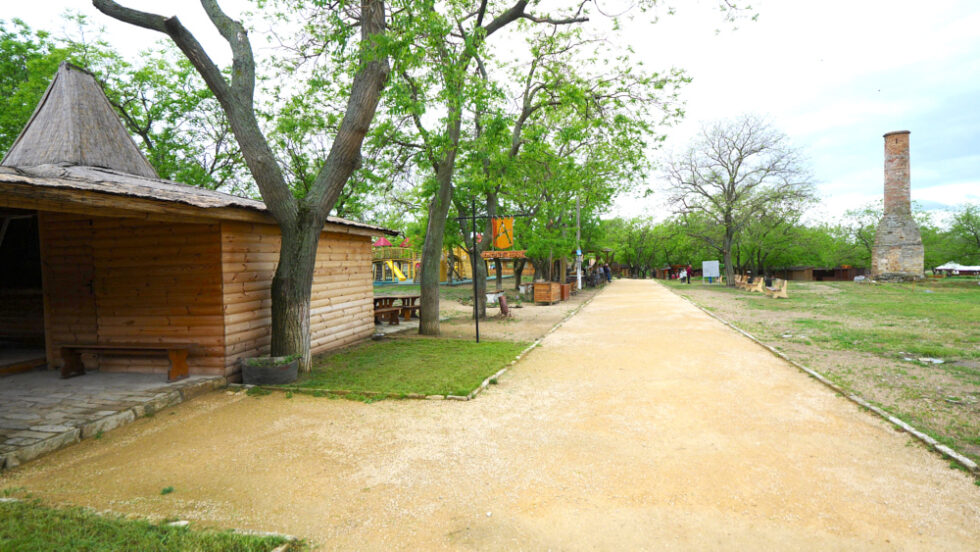 There would also be vendors and there’s also a playground for kids! Then, we met a man who makes replicas of old coins, including Phoenician coins from the year 113 AD. It only costs 75 hryvnia/$3 USD. I chose to have him make a coin featuring Alexander the Great riding an elephant! 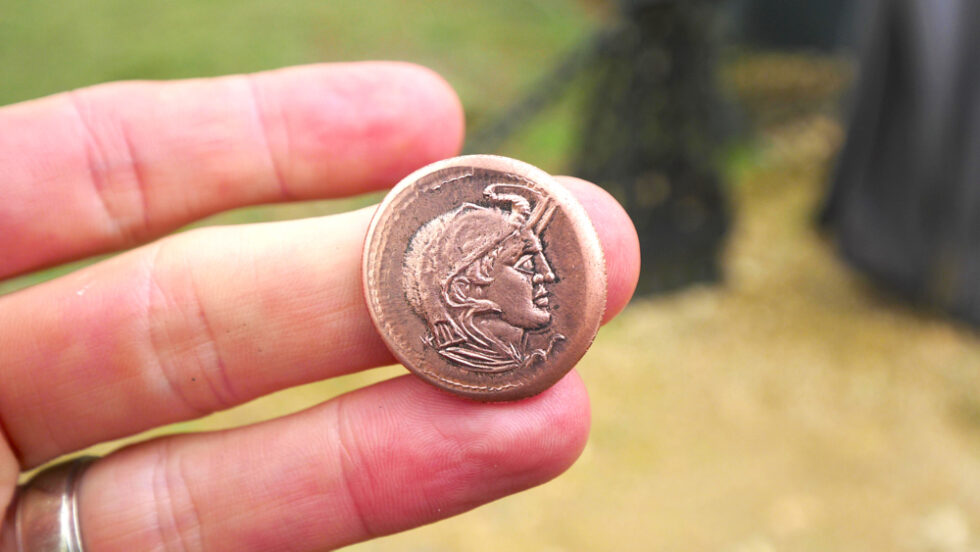 The coin was really cool! I bought a few more before seeing some more gift shops and eventually finding a small food stall. There, I ordered two sausages, bread, and salad. The vendor gave me some candy as well! While we waited for them to cook my food, we continued exploring the fortress.

Then, we reached the actual fortress. It’s in the conversation for the most impressive medieval Ukrainian fortress in Ukraine, as there is a small village within its walls. You can also climb the walls to get views of the city and the bay. The Genoese had a monopoly on trade with the Byzantine Empire and built the fortress for trade. 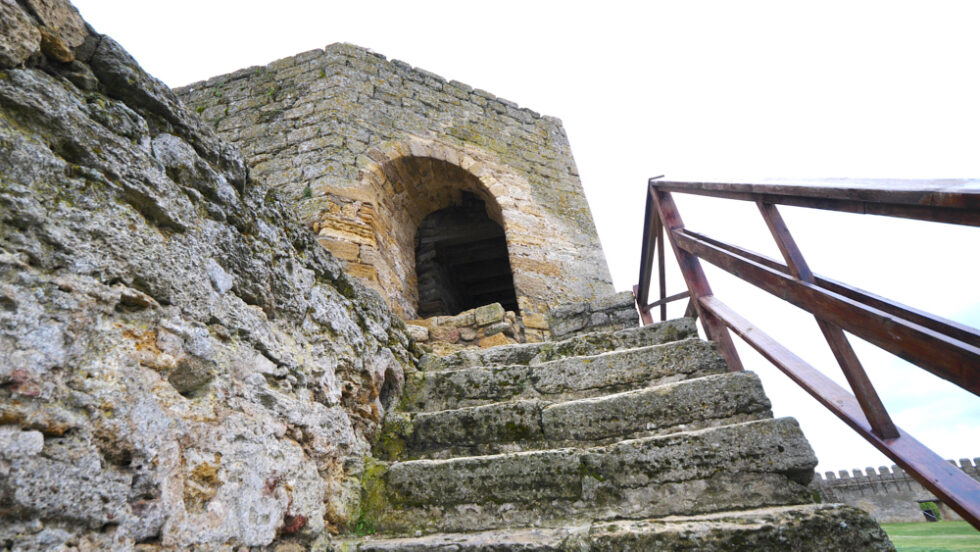 The views were gorgeous, but you should be sure to only explore the designated areas. There are also areas that are unsafe, so pay attention to the signs! The fortress has multiple defensive walls. We then saw that area that the commanders would defend, as well as a dungeon and an underground storage area for gun powder. Then, we visited the command tower, which was used for defensive purposes. 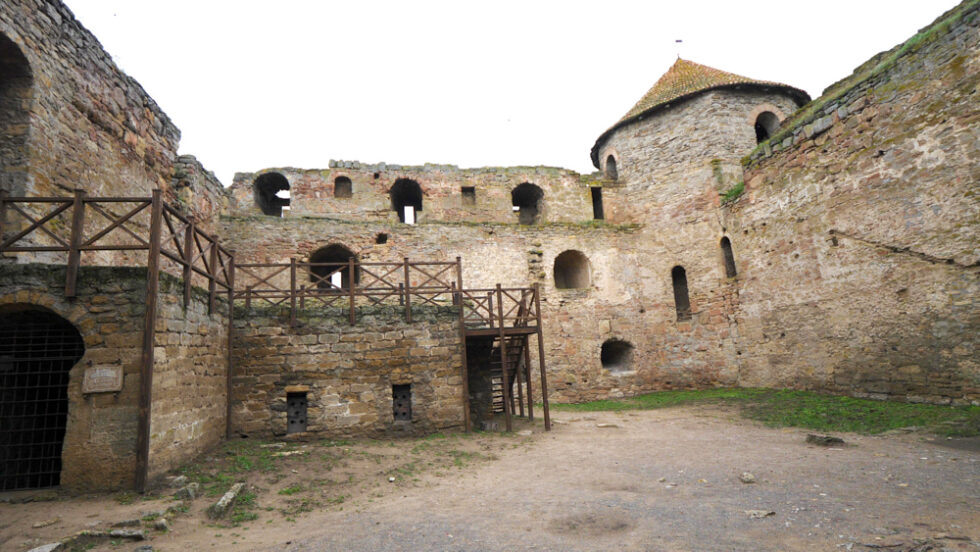 In the command tower, the stairs were made of wood so that they could be removed in the event of an enemy invasion. Then, I headed up to the wall to view the bay. It was so peaceful up there! Next, we headed to the other side of the fortress, where you can climb up to a path with stellar views over the village inside. Then, we headed back down to the village to eat! 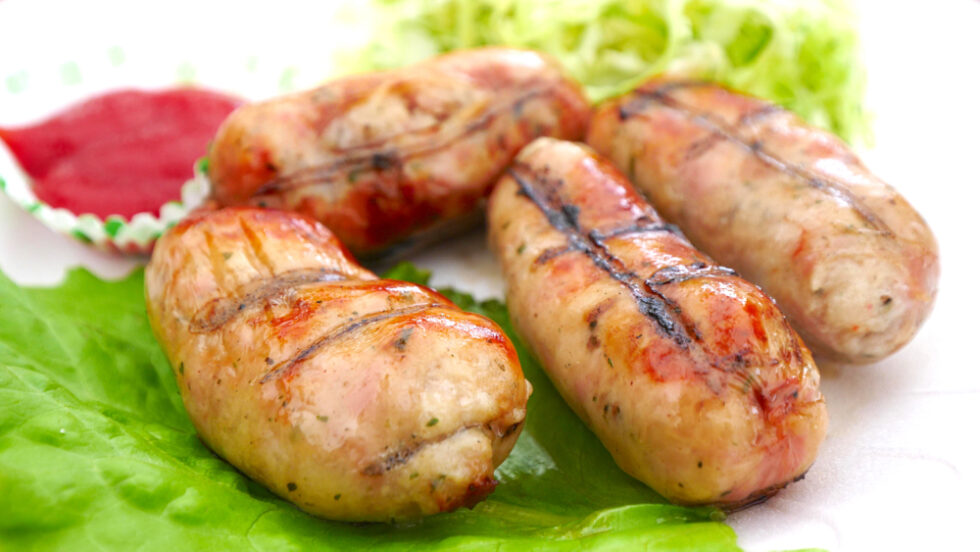 I started with pomegranate wine, pork sausages, cabbage salad, ketchup, and sulguni pita (which contains tomatoes and local burrata-like cheese). It really hit the spot! The pita was fantastic and the sausages were juicy and meaty.

The cabbage salad was crunchy and fresh, and the pomegranate wine was really unique and tasty, but also dry and fruity. I’d first had it in Armenia. This kind was different from the Armenian version, but still very good! In total, everything came to 160 hryvnia/$7 USD. The restaurant was near an archery field and had some shields on the wall. They also had a suit of armor helmet and a gauntlet you can try on! From there, we left the fortress! 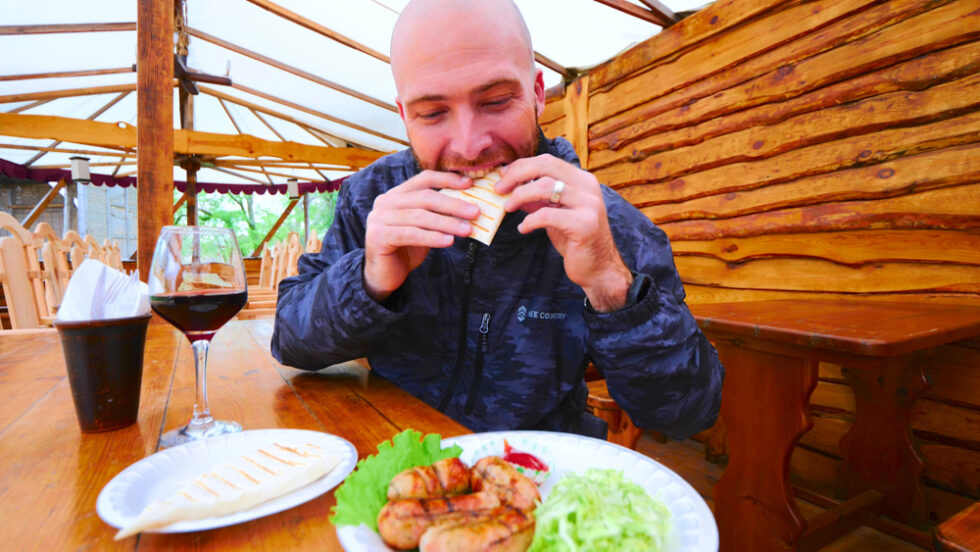 I hope you liked coming with me to visit a medieval Ukrainian fortress in Bilhorod-Dnistrovdkyi, Ukraine! If you did, please give this video a thumbs up and leave a comment below. Also, please subscribe to my YouTube channel and click the notification bell so you don’t miss any of my travel/food adventures around the world!