With my final day in Ukraine upon me, I set out to have a few fun, last-minute adventures in and around Odessa. Come with me on my latest adventure as I have an authentic chiropractor experience and Cossack village tour in Marynivka, Ukraine!

My guide Natasha from Tours by Locals and I began our a with a drive from Odessa to Marynivka, a small village roughly 45 minutes north of the city. There, we’d be exploring an authentic Cossack village, trying some food, and immersing ourselves in the culture! 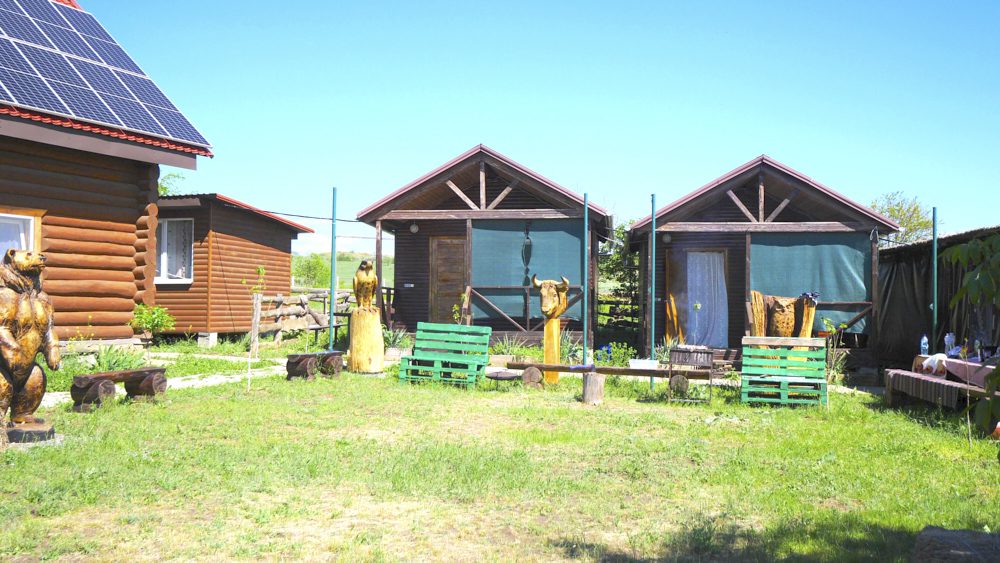 The Cossacks were East Slavic Orthodox Christians who came from the steppes in Eastern Europe. This village is a throwback to traditional Cossack life, so we’d get to see potters, blacksmiths, artisans, and even a chiropractor! 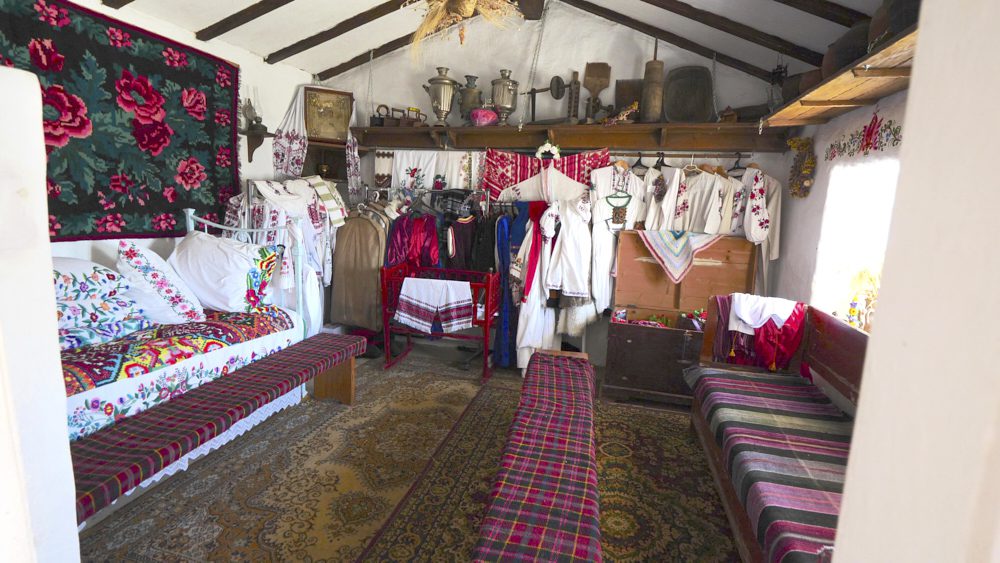 We met our guide, who lives in a local home that’s over 130 years old! We headed inside her home, which also serves as a museum. Along the walls are shelves full of pottery, as well as racks of traditional embroidered clothing and curtains. 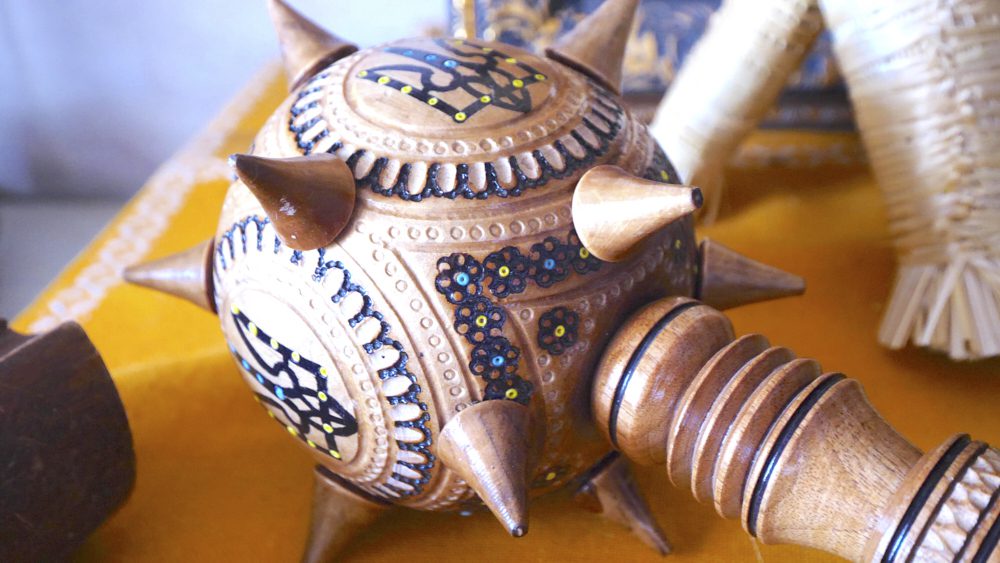 There were also Orthodox idols in the corner, traditional tools and utensils in the kitchen, and a couple of wooden maces, which is the symbol of Ukraine. The craftsmanship on the maces is beautiful! You can also see a traditional stone oven, ceramic items, and instruments for weaving. At the end of the house is her bedroom!

Then, they took me to a man who knows Cossack chiropractic techniques to help me fix my back. I laid down on the floor and he began cracking my back. He then pinched my lower back and positioned me so he could crack my hips. 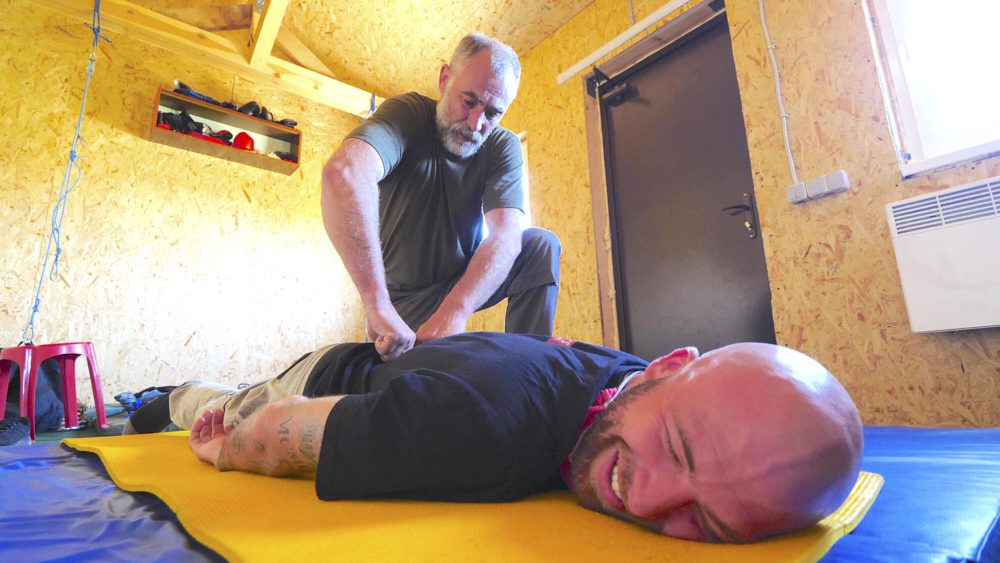 Then, finally, he took my head and cracked my neck, and wrapped his arms around me to crack my back. I felt so much better after the treatment, but he did tell me I might feel a little flushed. 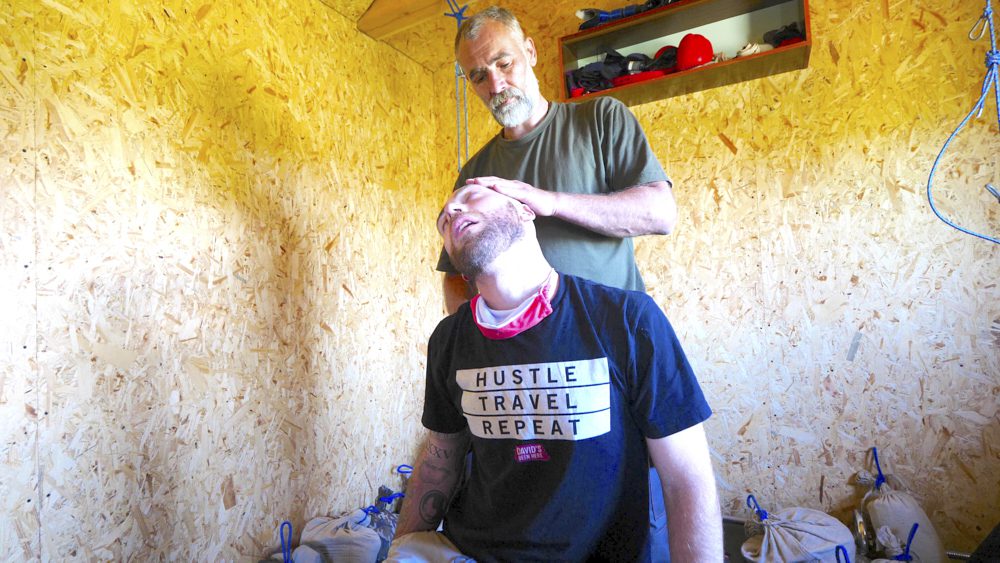 Next, it was time to eat! We started with borscht (beetroot soup); a chicken cutlet with potatoes, cucumbers, dill, and tomatoes; and uzvar (a traditional drink made with dried fruits and berries). The uzvar was cool and refreshing. I could taste the cherries in it! 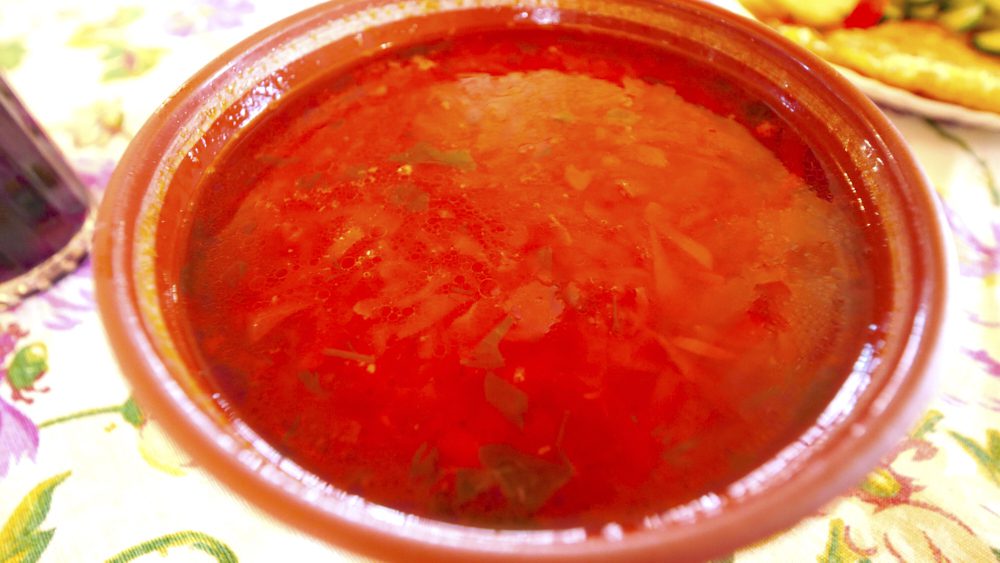 The borscht came with sour cream and also contained pork, cabbage, and onions. The soup was creamy but not very stew-like like other types of borscht I’d had on this trip. 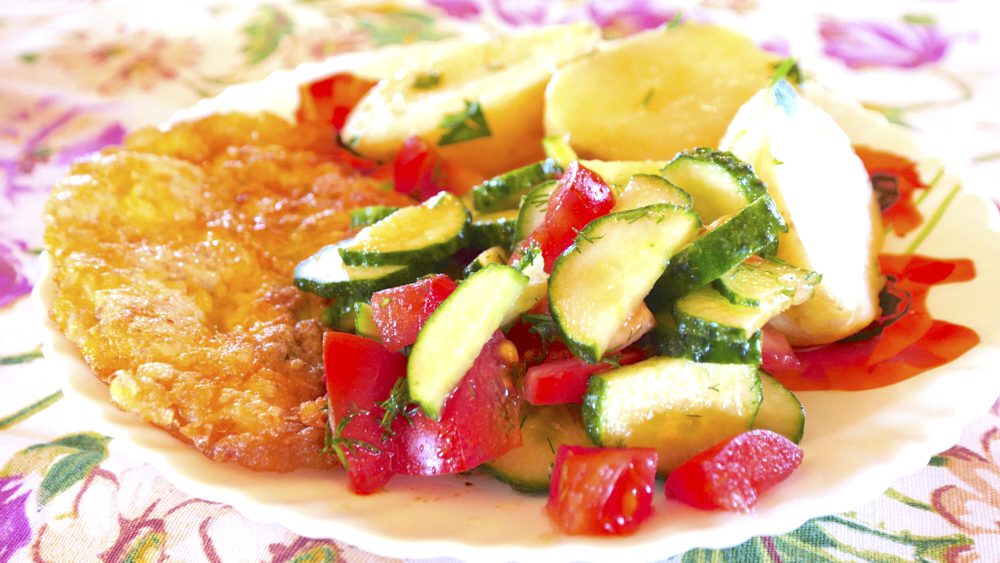 I loved how chunky and hearty the borscht was, even with the thinner broth. It also came with rye bread, which I used to soak up the broth.

The potatoes and cucumber-tomato salad were refreshing and tasty, while the chicken cutlet had been pounded and lightly breaded. It was also slightly oily. Everything here was farm-to-table. Then, after eating, the owner brought me back to the kitchen, where I watched them pound, bread, and fry the chicken cutlets! 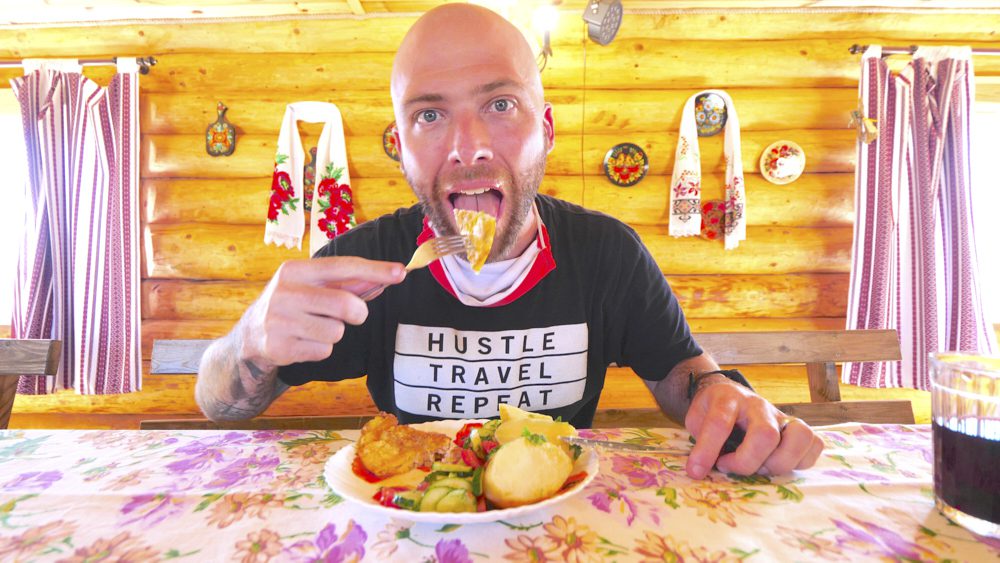 Outside the restaurant is a pen with two ponies. Then, I visited the owner’s husband, who’s also the chiropractor and a blacksmith! He lit a roaring fire and put a brass stick into the fire and hammered it into a poker for a fireplace. He dropped it in a bucket of water to cool it off and gave it to me as a gift! 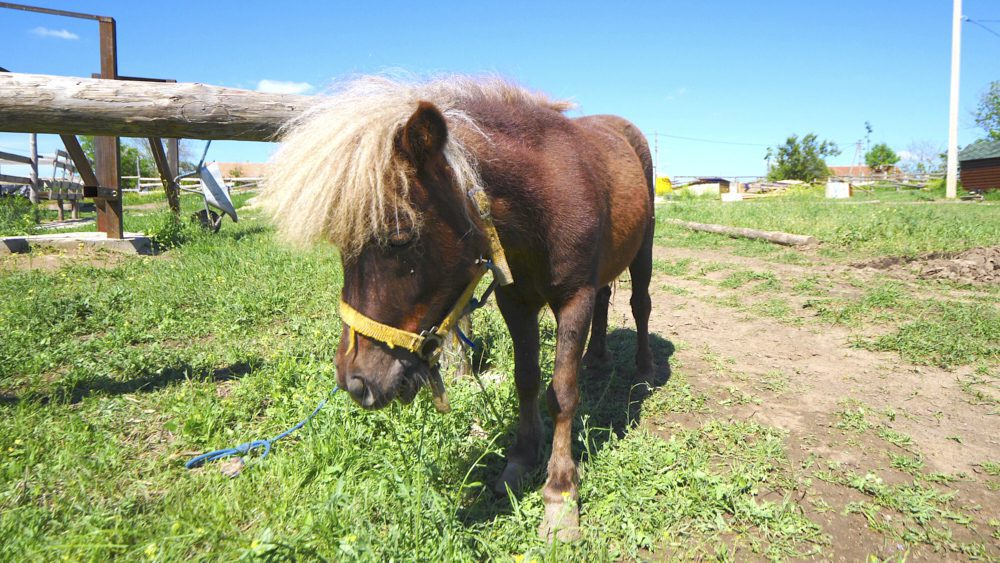 Then, he showed me his rabbits’ house. They were pretty big! Then, I got to see the barn where they store their hay for winter. The second level of the barn was filled with bales of hay. From there, you get amazing views of the village and the estuary.

From there, I saw a large house for bees. On top of it is a place where you can lay down and sleep. Then, we visited the potter! We watched her pound the clay to get all the air out of it before she molded it into a small bowl! What an amazing Cossack village experience! 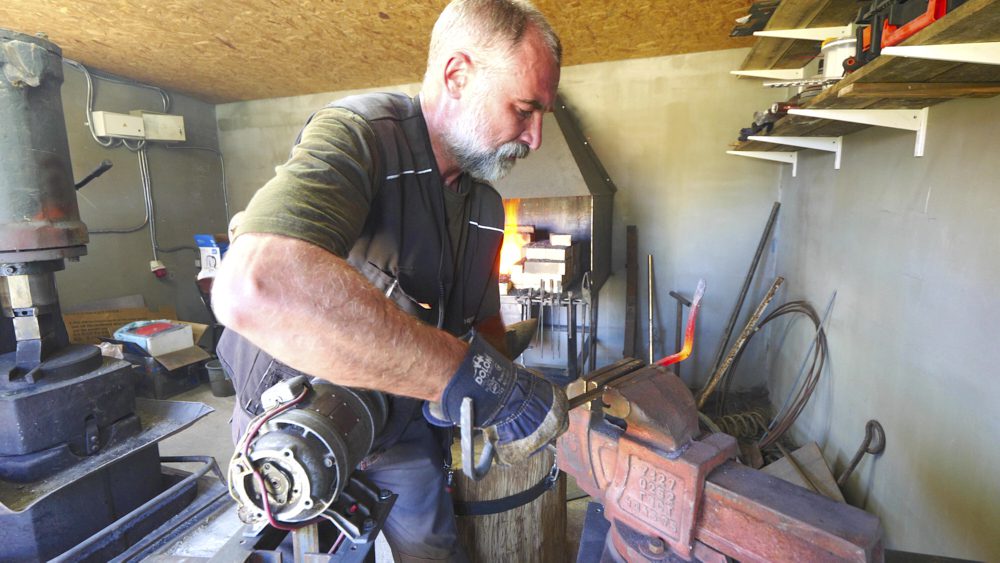 I hope you liked coming with me on my traditional Cossack chiropractor experience at a Cossack village in Marynivka, Ukraine! If you did, please give this video a thumbs up and leave a comment below. Also, please subscribe to my YouTube channel and click the notification bell so you don’t miss any of my travel/food adventures around the world!