As my final day in Ukraine slowly came to a close, I set out on one last food adventure before starting the journey home to Miami. Come with me as I check out some local attractions and enjoy some delicious Ukrainian bar food at a 137-year-old tavern in Odessa, Ukraine!

My guide Natasha from Tours by Locals and I started our evening in the central part of Odessa. It was a bright, sunny afternoon; a far cry from the rainy and overcast conditions we’d had the past couple of days. 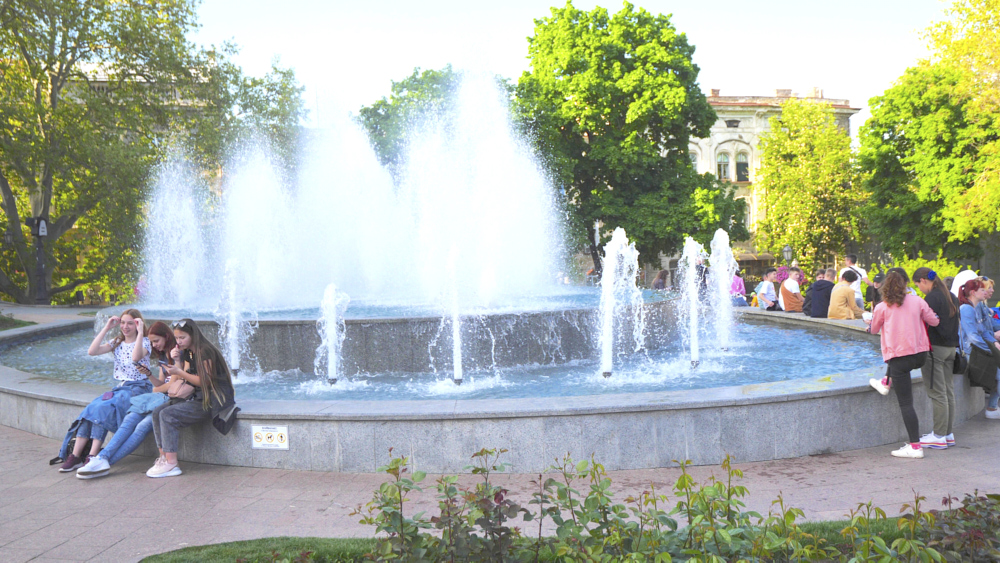 The first attraction we saw was the Odessa National Academic Theatre of Opera and Ballet, which was built by an architect from St. Petersburg. It opened in 1810 and was built in the Vienna Baroque style, but burned down in 1873. 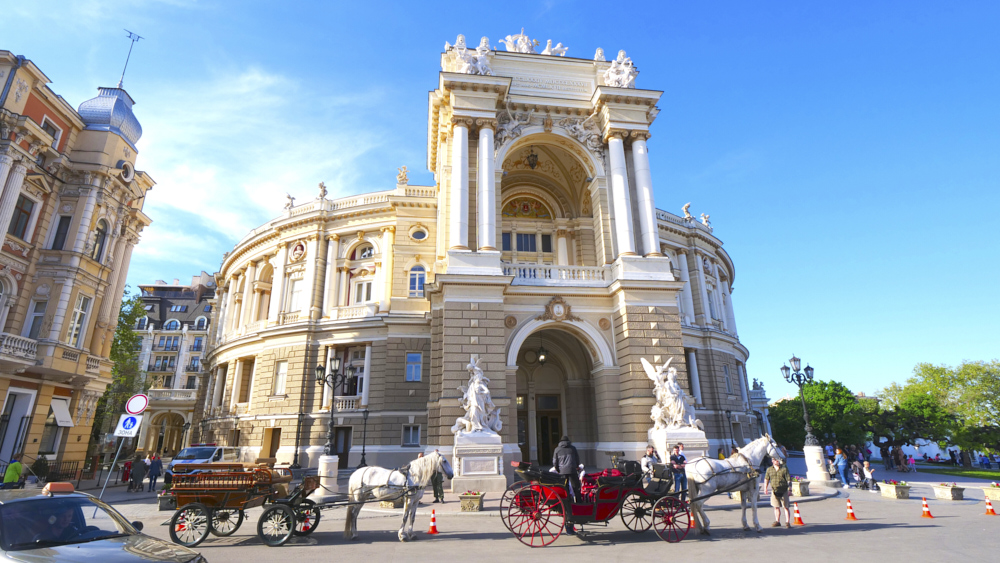 The current building was rebuilt in 1887 and has been renovated several times since. It looked identical to the opera house in Vienna. Nearby is a huge fountain where people were gathering. It was beautiful!

We continued on toward the Odessa City Hall at the intersections of Prymorskyi Blvd., Chaikovskogo Lane, and Pushkinska Street. Atop the building are statues of figures that represent day and night. Below them is a clock that chimes every hour and half-hour. Right in front of the city hall is the Monument to Alexander Pushkin. 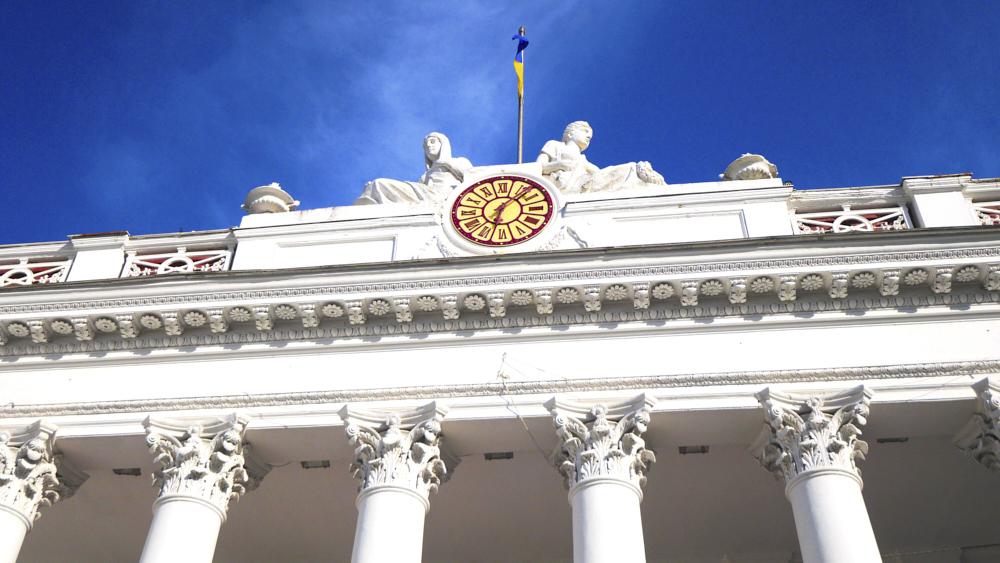 Prymorskyi Boulevard is a pedestrian area shaded by lots of trees by the port. It reminded me of the Sea Garden in Varna, Bulgaria, which I visited back in 2013. 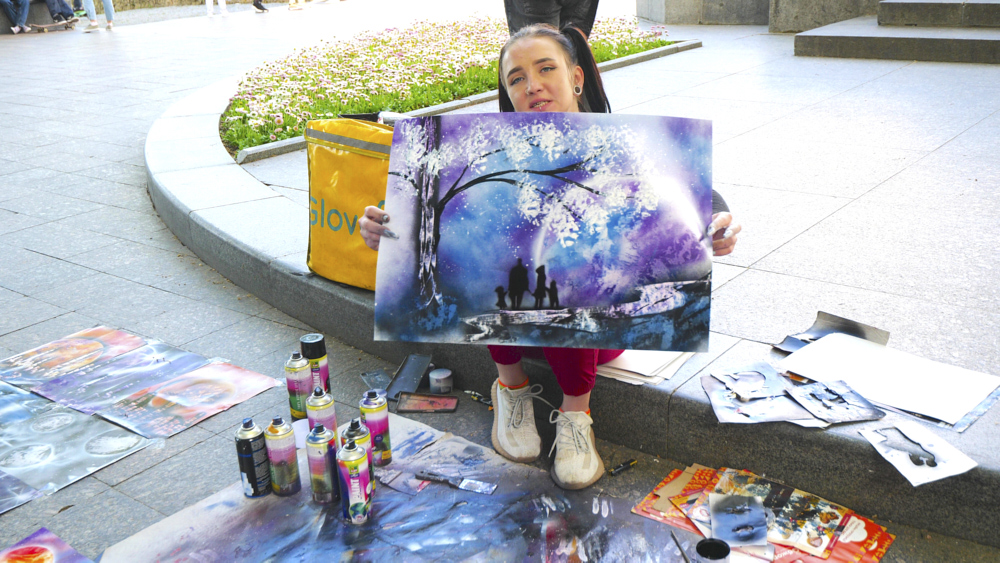 It’s a beautiful recreational spot in the city that features lots of statues and gardens. There was a woman there spray painting some beautiful pictures, and lots of couples dancing to some music! 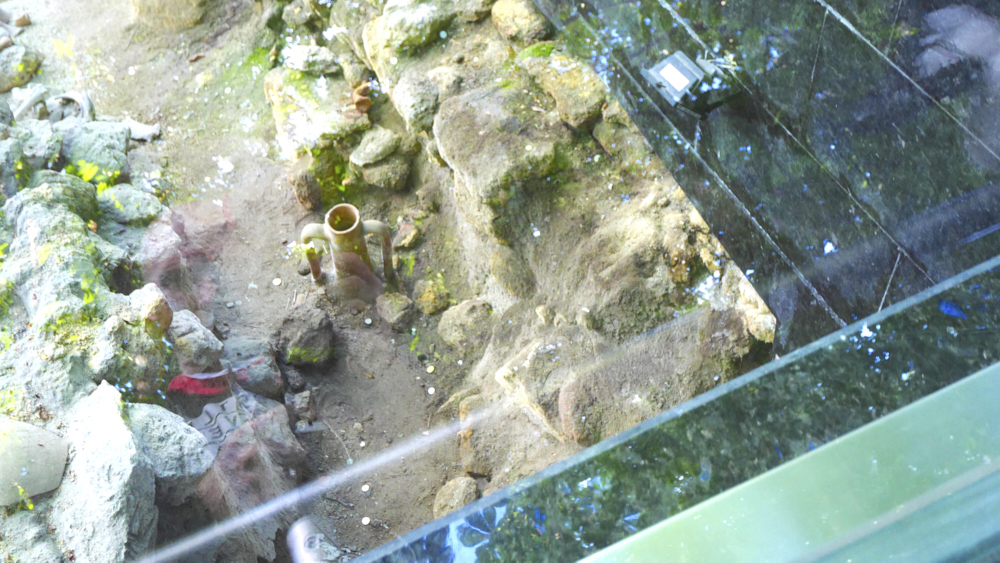 There’s a section of the street covered by Plexiglas that shows the historical nature of the city. It’s like a small archaeological site where they’ve found Greek amphoras, Greek coins, stone tools, and more! The Greeks actually founded Odessa roughly 2,500 years ago but didn’t stay. 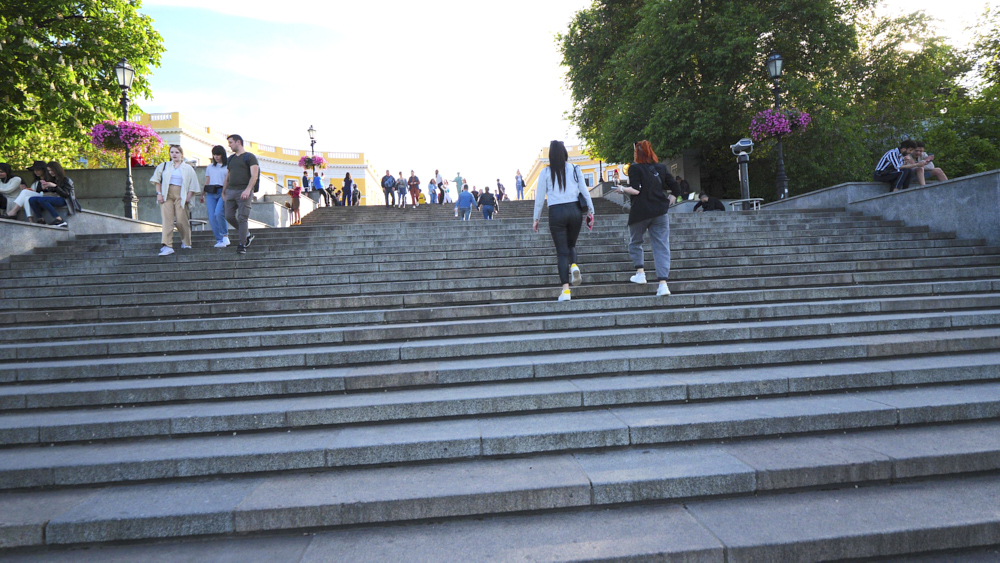 From there, we arrived back at the Potemkin Stairs, a set of 192 stone steps built in 1841 that lead down to the port area. You can walk up or down them, or you can ride the funicular. There are lots of craft vendors and people out enjoying them!

Then, we headed over to Vorontsov Palace and the Colonnade of Vorontsov Palace, where we got some great views of the Odessa Commercial Sea Port. The palace was built in the mid-19th century and is now open to the public. 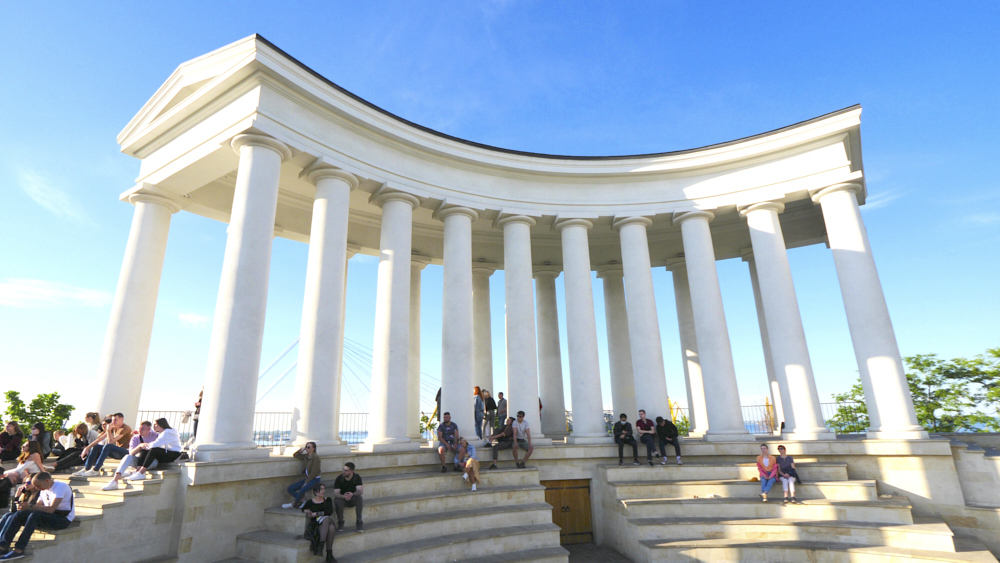 Leading away from the palace is Tioschin Bridge, also known as Mother-In-Law Bridge, which is a pedestrian bridge built over a ravine close to the port. Near the bridge is a big display full of love locks. They used to be on the bridge, but they started to cause the bridge to sink! 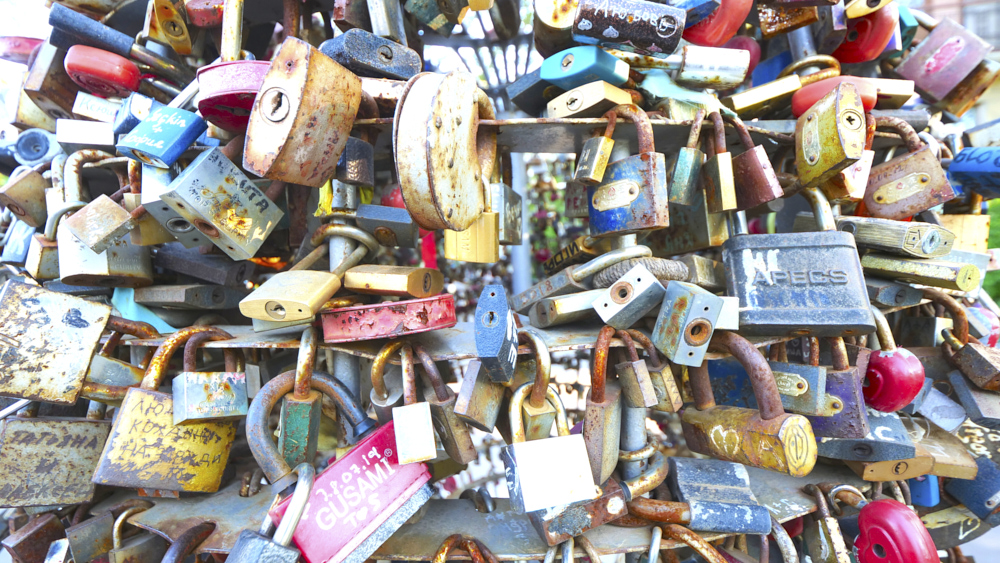 From there, we walked to Derybasivska Street, the main pedestrian street in Odessa. Along it are lots of restaurants, bars, and coffee shops. There were people playing instruments and lots of people out. 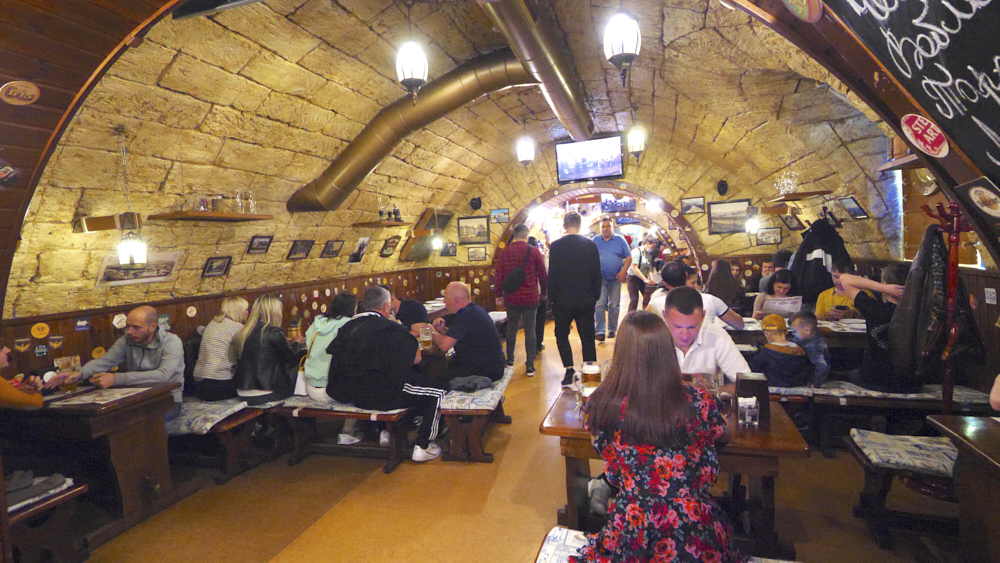 We’d be having dinner at Gambrinus, an underground stone cellar-like tavern that has been around since 1883. Local musicians play there, and they sell lots of popular beers as well as their own beers. Gambrinus also sells Ukrainian tavern food and is an Odessa attractions in itself! I tried a lager with some croutons. The lager was malty and different from an ordinary lager!

You can buy your glass for 250 hryvnia, or about $10 USD. They also have cognac and brandy. I ordered a platter of fried goatfish and fried gobies for 250 hryvnia/$10 USD. You take the head off the goatfish, remove the spine, and dive in. It was so meaty and the tartar sauce was perfect with it! There were lots of bones, but it was so tasty! It was perfectly fried! 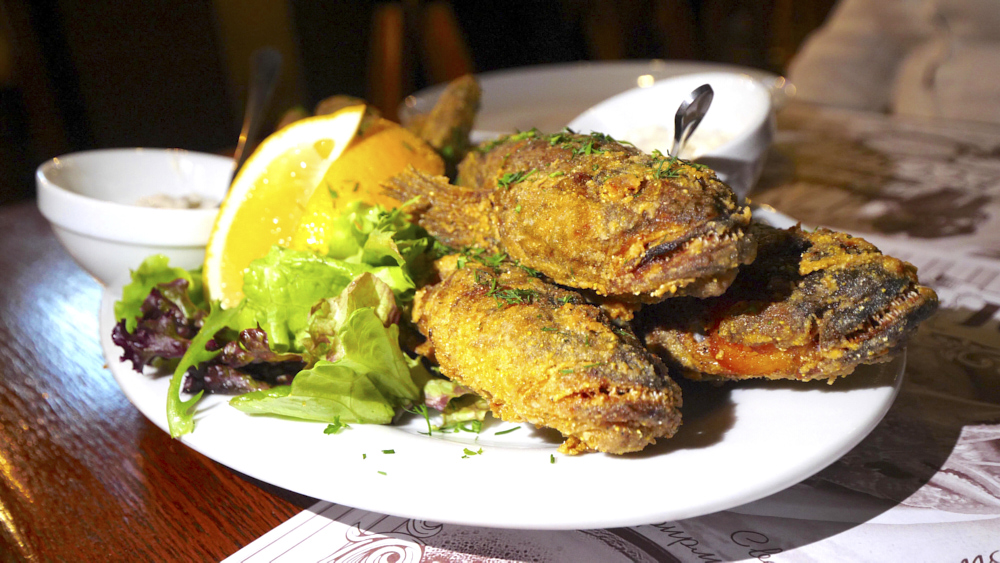 The gobies were smaller and you can eat them whole, but you have to chew them carefully to break down the bones. I enjoyed a delicious amber ale with it! I couldn’t get enough of this incredible seafood. The goatfish were so unique and flavorful! 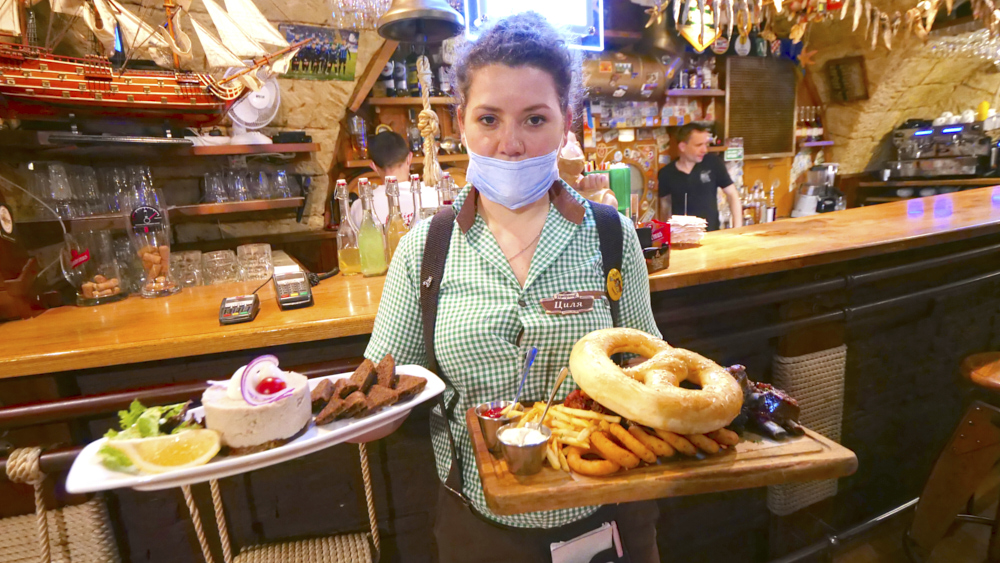 Next, they brought me an assorted platter containing a large pretzel, ribs, onion rings, French fries, chicken wings, and fish balls. I also had some vorschmack, which is a type of minced fish paste, with rye bread. 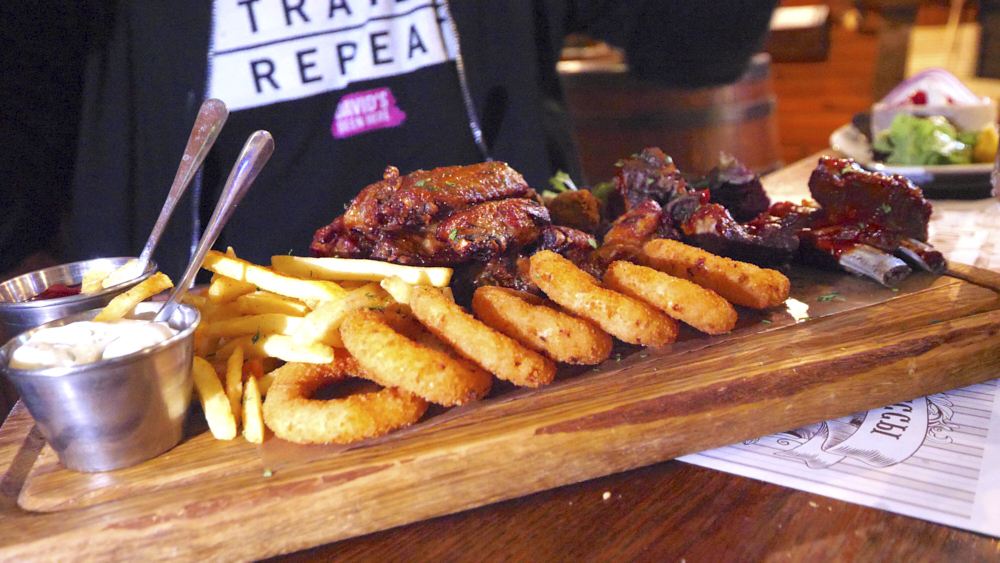 I hope you liked coming with me on my Ukrainian tavern food adventure and seeing the attractions in Odessa, Ukraine! If you did, please give this video a thumbs up and leave a comment below. Also, please subscribe to my YouTube channel and click the notification bell so you don’t miss any of my travel/food adventures around the world!