As my adventures through western Georgia took me a step closer to the Black Sea, I made a stop in the capital of the Guria province. Come with me as I take a dive into Georgian farm life in Ozurgeti, Georgia!

Ozurgeti was founded in the late Middle Ages and quickly became a prominent trade center. It officially became a city in 1846 and was renamed Makharadze in 1934. Its name changed back to Ozurgeti on May 15, 1989. 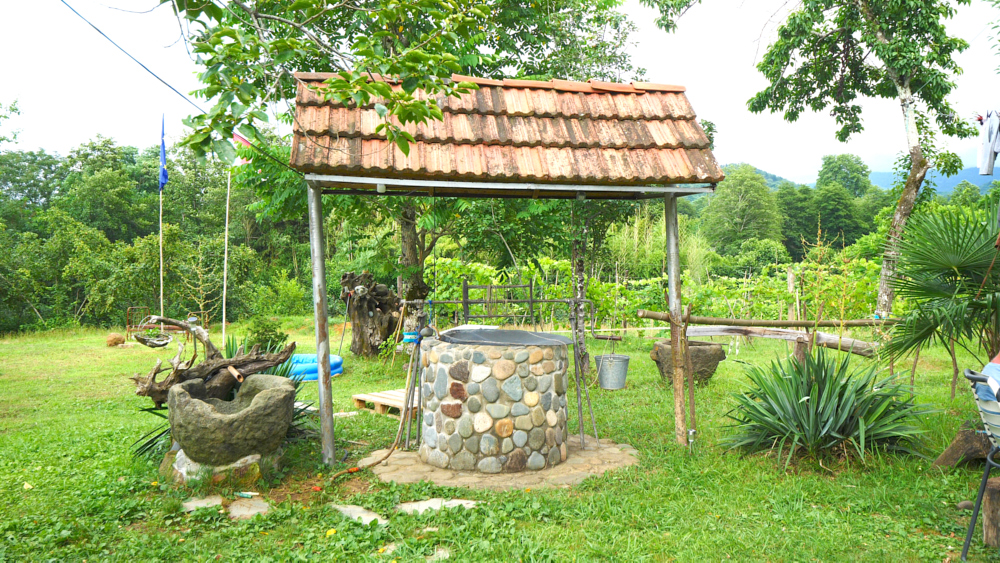 My buddy Tim from Friendly GE and I went to explore a nearby eco-farm called Komli. There, they make Guria cuisine, which is very unique, wine, and tea. They also have some pigs on site. 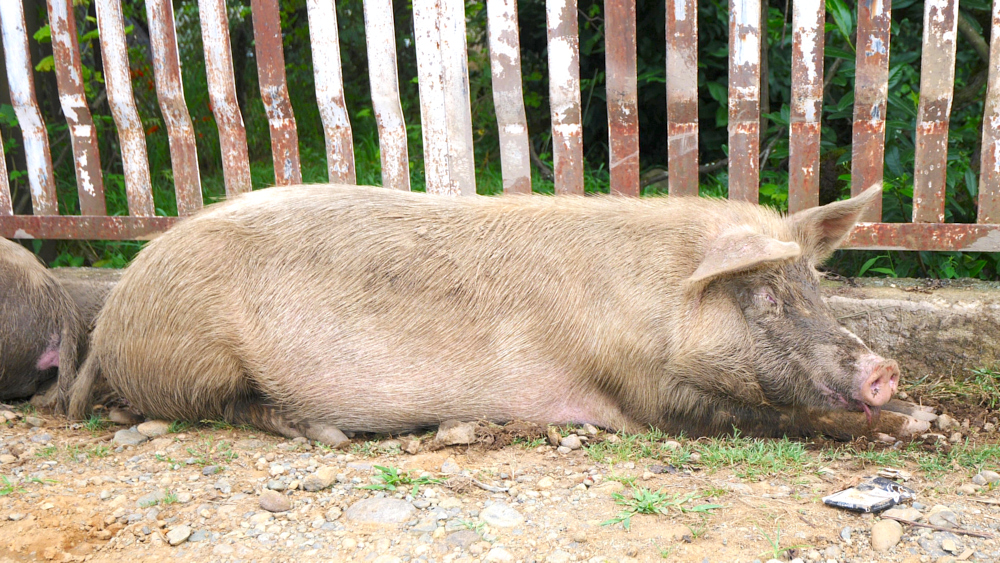 Tim knows the people who run Komli. They’ve restored their family’s ancestral home and have fixed it up. Everything they make is clean and organic. They have a cool-looking tree house, a well, a giant wine barrel you can stay in, a vegetable garden, and the main building. The Georgian farm life in Ozurgeti, Georgia is pretty relaxing and low-key.

In the garden, they grow lots of herbs and fruit trees including pears and apricots. Some of their herbs include dill and mint! I also saw some unripe cherries, plums, and blackberries. Next, we saw the vineyard, where they grow Gurian grapes that are exclusive to the area. Their 3-year-old grave vines are too young for making wine. The owners get grapes from other growers in the region. 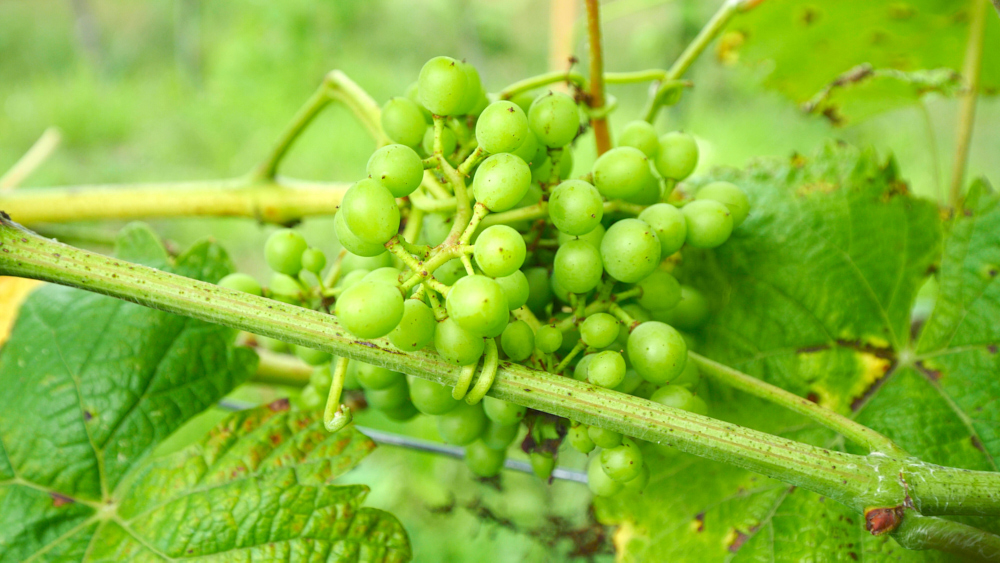 Then, we visited their well and an ancient contraption that you pour water into to press grains. From there, we checked out the giant wine barrel that they’ve turned into a guest room! It had a strong oak aroma! They have a second barrel they’re going to restore. 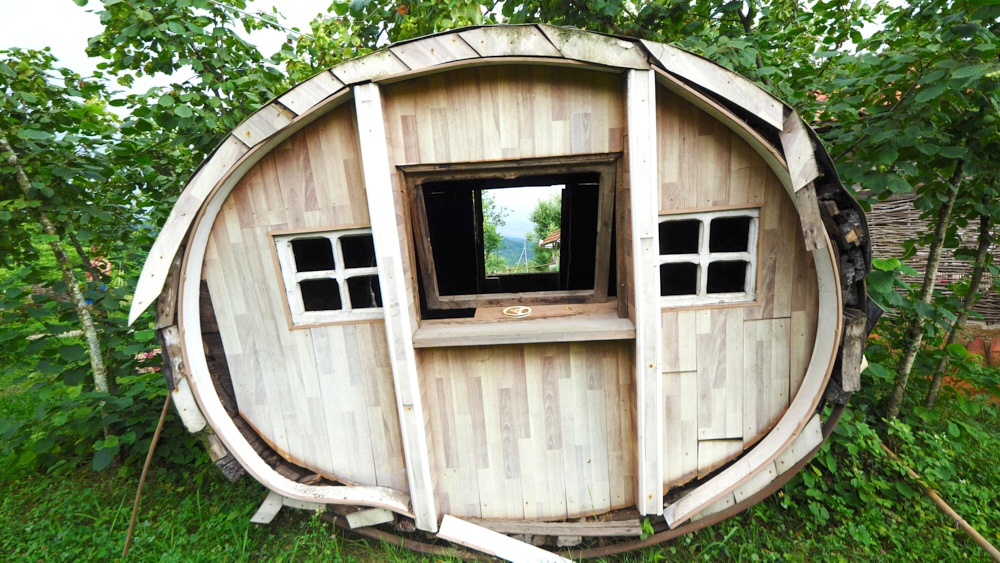 Next, we tried a raw hazelnut from a tree, which was bitter and juicy, and then we checked out the bamboo forest on their farm! It took me back to my time in Japan! Next to a stream are their tea bushes. 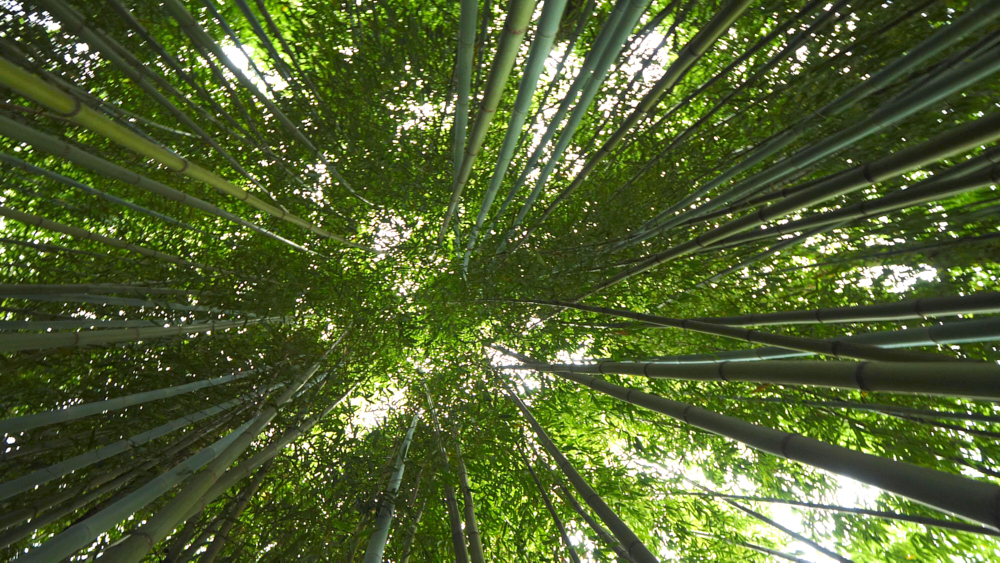 Tim has a tea company he started in Georgia and is an expert on picking tea leaves! Then, we headed down to the stream. It was so beautiful and peaceful. There’s a tiny boat you can paddle down the stream on. There are lots of frogs out here!

Next, I saw the part of the property where they’re building a new house. A guy invited me over to share some super strong brandy with us. Then, we saw their small wine cellar, which held some jugs of wine and a few stainless steel tanks. 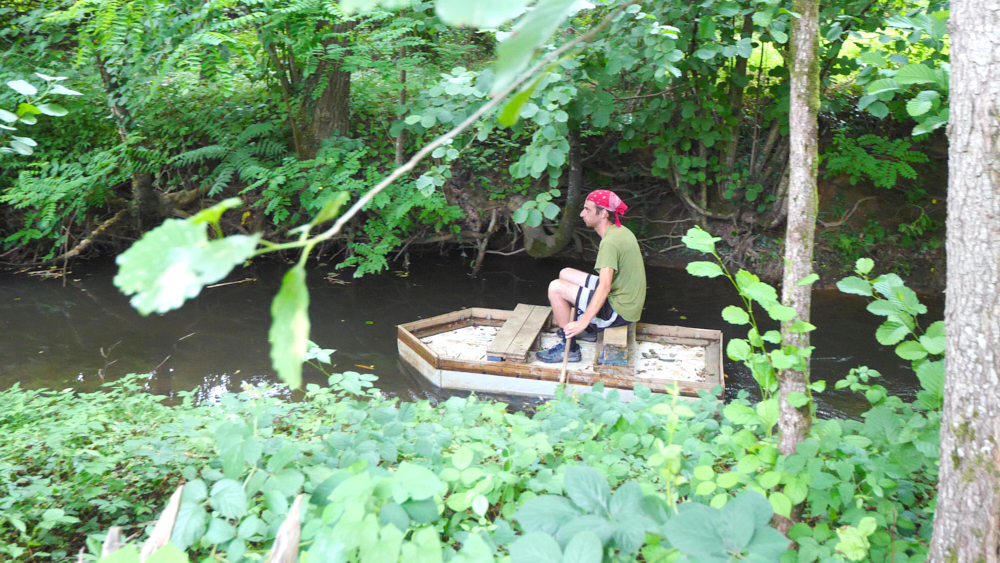 Inside, I had some lobiani, which is bread stuffed with bean paste. It’s fluffy and savory. I followed that with some extremely strong pear chacha and homemade apple cake. Then, Tim made us some tea! The green tea leaves don’t go through the fermentation process, so they keep their green color. 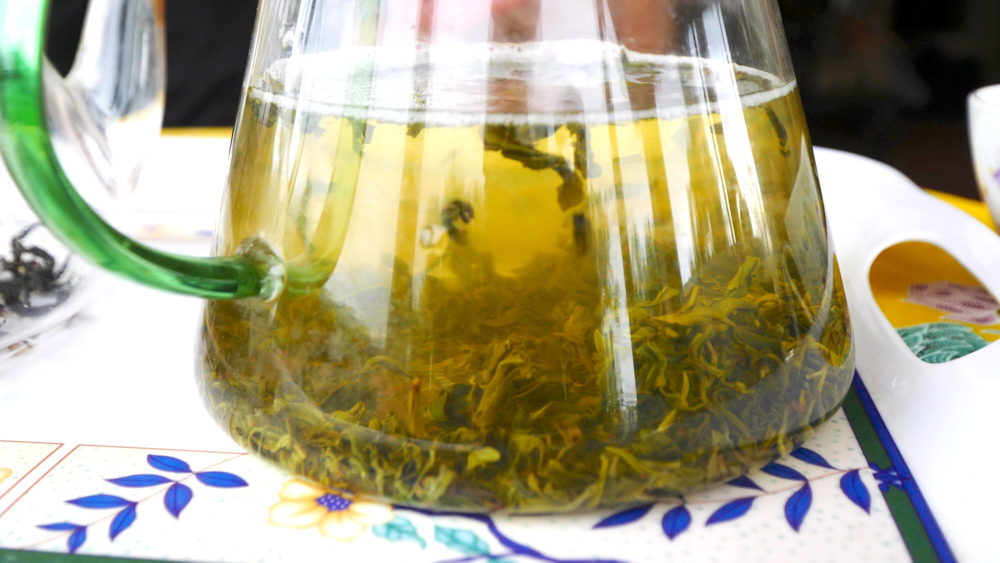 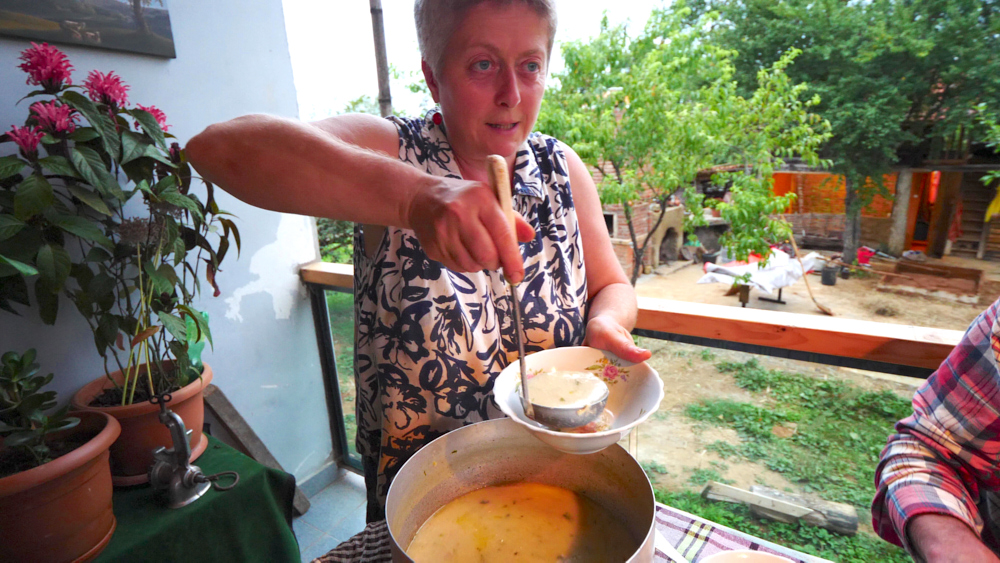 Then, we had some of the green tea Tim made. It was very nice and light on the caffeine. The eggplant and peppers are made with a specific local spice mix. Next, it was dinnertime! The baked onions with walnut paste were amazing, and the mchadi was dense but delicious with the kveli cheese. The peppers were sweet and smoky, and I couldn’t get enough of the eggplant.

The lobio was creamy, and I liked the flavors in the ajapsandali. They had some amazing boiled potatoes and spicy walnut chutney. I also really liked the chikhirtma, which was like a nice, sour hangover cure. We followed that with some of the insanely strong pear chacha! The soup helped wash it down! 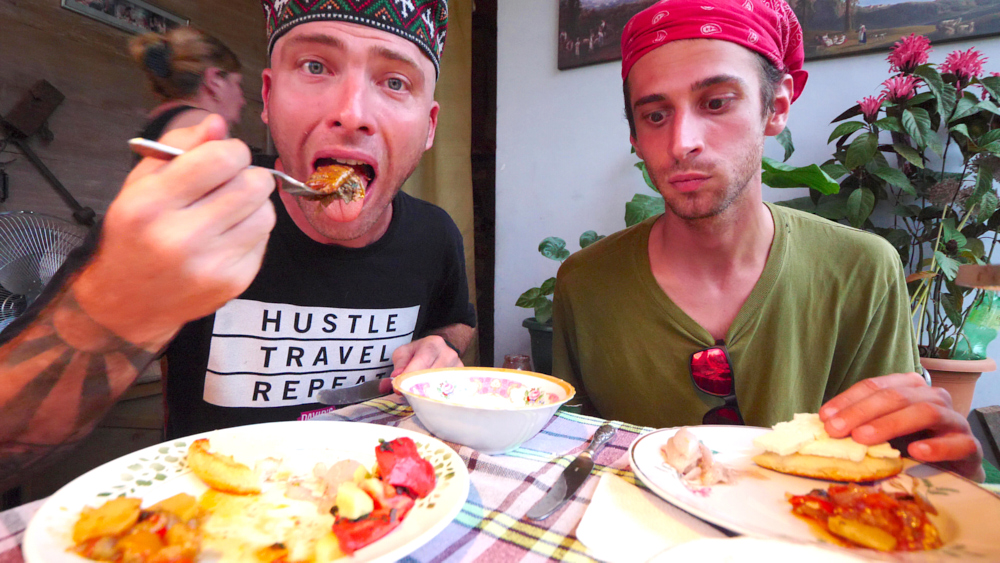 I hope you liked coming with me to experience Georgian farm life in Ozurgeti, Georgia! If you did, please give this video a thumbs up and leave me a comment below. Also, please subscribe to my YouTube channel and click the notification bell so you don’t miss any of my upcoming travel/food adventures!