After arriving in Batumi, the final city on my epic road trip through the Republic of Georgia, I set out to explore the city! Come along with me as I try a monster Adjarian khachapuri and visit the sites and attractions in Batumi, Georgia!

My buddy Tim from Friendly GE and I started our afternoon at Batumi Beach. It’s a beautiful spot next to Batumi Boulevard and the boardwalk. There’s a Ferris wheel there. One of the main sites is a huge, moving statue of a Muslim Azerbaijani boy and a Christian Georgian girl called Ali and Nino – The Statue of Love. It’s based on a novel and represents love between different cultures. 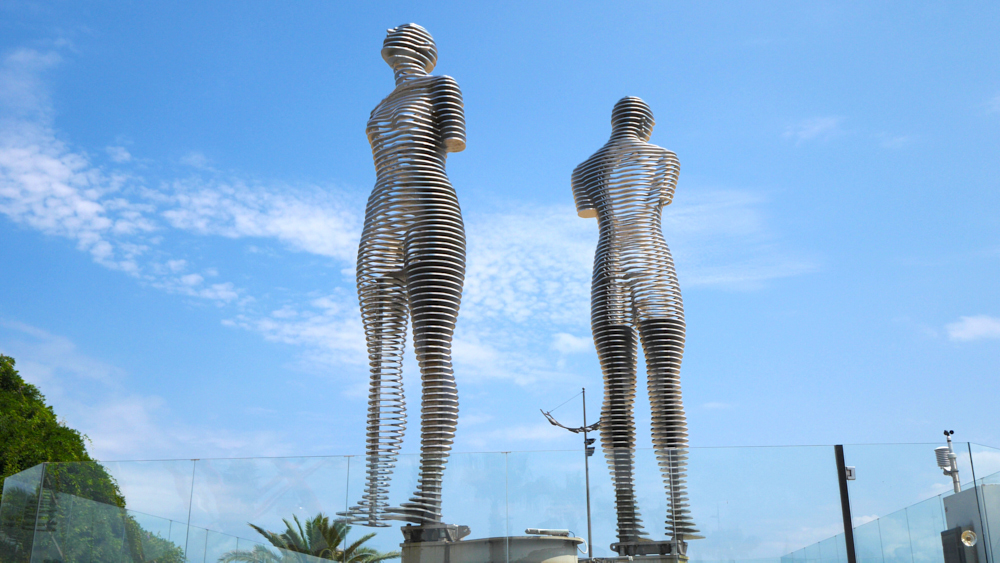 Also in the area is the Alphabetic Tower, which has all 33 letters of the Georgian alphabet on its exterior. There are also hotels, coffee shops, souvenir shops, bars, and a beach in the area. I wished I’d brought my bathing suit, as it was super hot out! 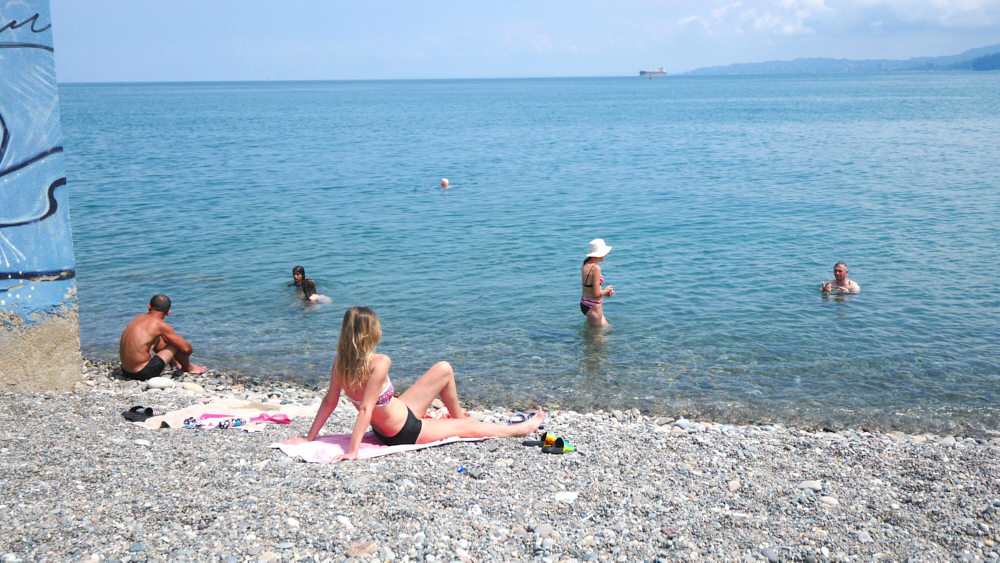 After a 15-minute walk down the boulevard, we came across the Dancing Fountains and a park area, and the skyscrapers of the city. Between the trees and the fountains, it was a bit cooler there! There’s also a wedding palace shaped like a UFO! 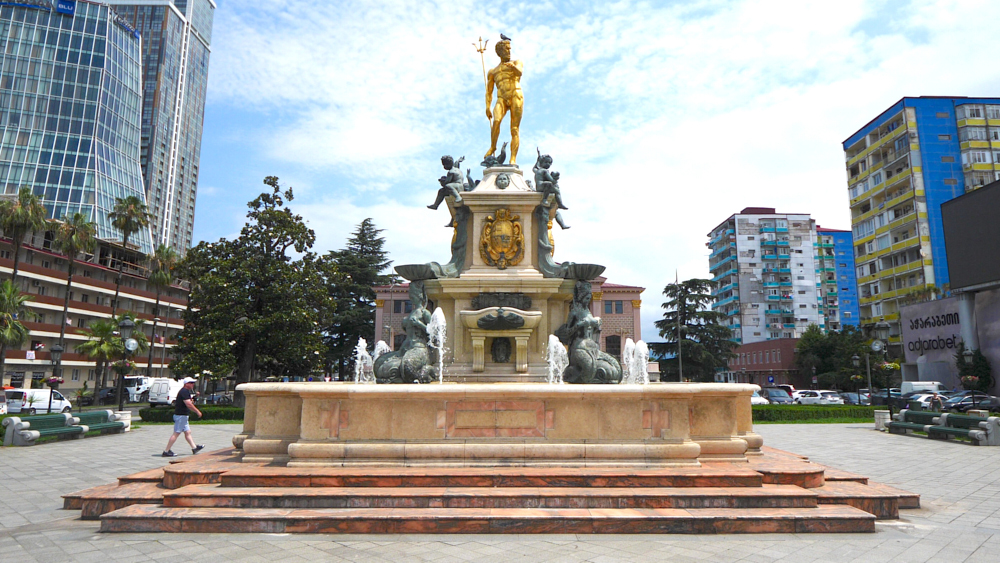 The Old Town of Batumi looked very European, with 3-4 story buildings and 19th-century architecture. On our way to the piazza, we passed the Neptune Fountain and the Statue of Medea, an ancient Georgian princess who helped the Argonauts find the Golden Fleece! The architecture in the squares looked like a big mix of different architectural styles, from German to Austrian to Bulgarian.

Further on is the Astronomical Clock, which shows the time of day, the time of month, and the time of year. After a quick drink from a water fountain, we reached Batumi Piazza, an open square surrounded by restaurants and bars. 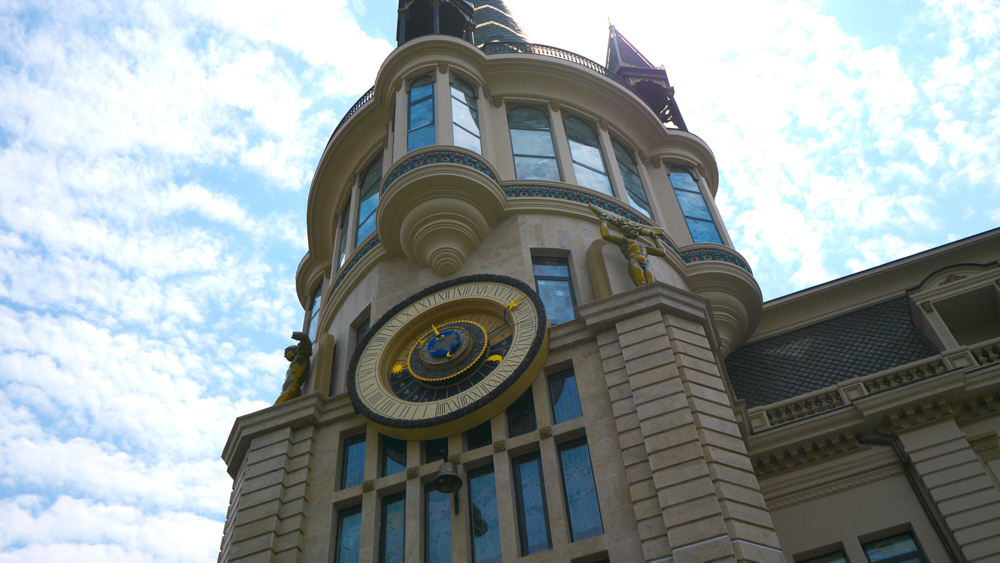 Then, we headed to Retro Restaurant to eat their Titanic Khachapuri, a colossal Adjarian khachapuri in Batumi, Georgia! Inside, I met Chef Gia, who took us through the steps of making this monstrous creation! It’s a massive, boat-shaped khachapuri that’s 3-4 times the size of a regular one and contains 3 kilos of cheese as well as six eggs and butter! They scoop out the excess bread inside. 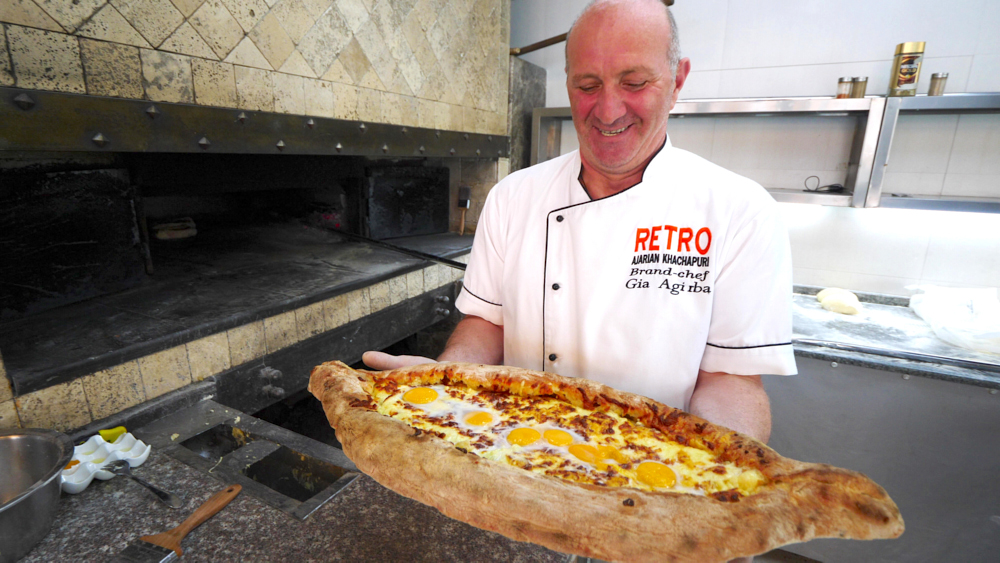 The building used to be the English consulate. Boat-shaped Adjarian khachapuri was invented by the wives of sailors, who would make them as a good luck charm. The egg yolk in the middle is a symbol of the sun to represent good weather. 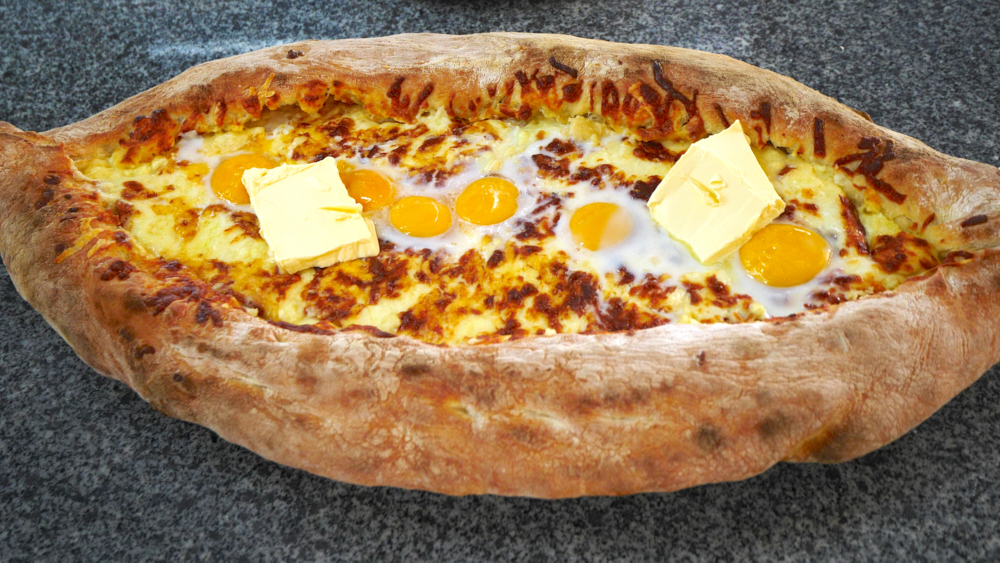 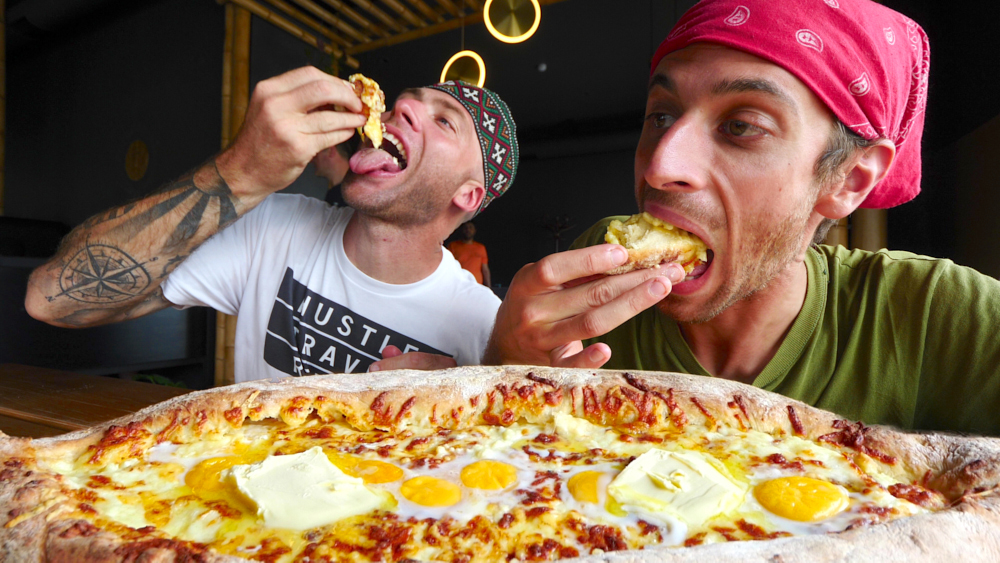 It’s just insanely decadent and fatty. The combination of the fluffy dough and cheese is easily the wildest food experience I’ve had in Georgia. It was Tim’s first time eating it, too! It’s the best Adjarian khachapuri in town!

Then, I had some tarragon soda while Tim had some pear soda! All in all, our massive Adjarian khachapuri in Batumi, Georgia set us back GEL 40/$13 USD! A regular-sized Adjarian khachapuri costs GEL 12.50/$4 USD. Outside of the restaurant is the port. A ten-minute walk to the right is the Argo Cable Car, which costs GEL 30/$10 to ride. 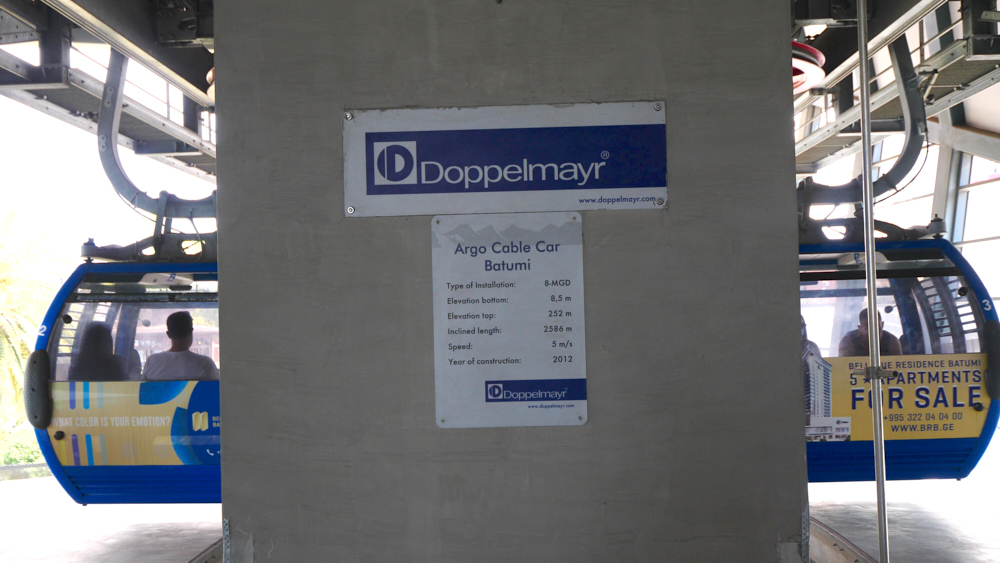 It’s a 25-minute round trip and gives you awesome views of the city! I could see skyscrapers, two-story homes, the Black Sea, the mountains and hills, the Old Town, and more! At the top of the hill is a gift shop, a café, and the lookout point with the best views of the city. There’s a cross and a church up there as well. The views are magnificent! 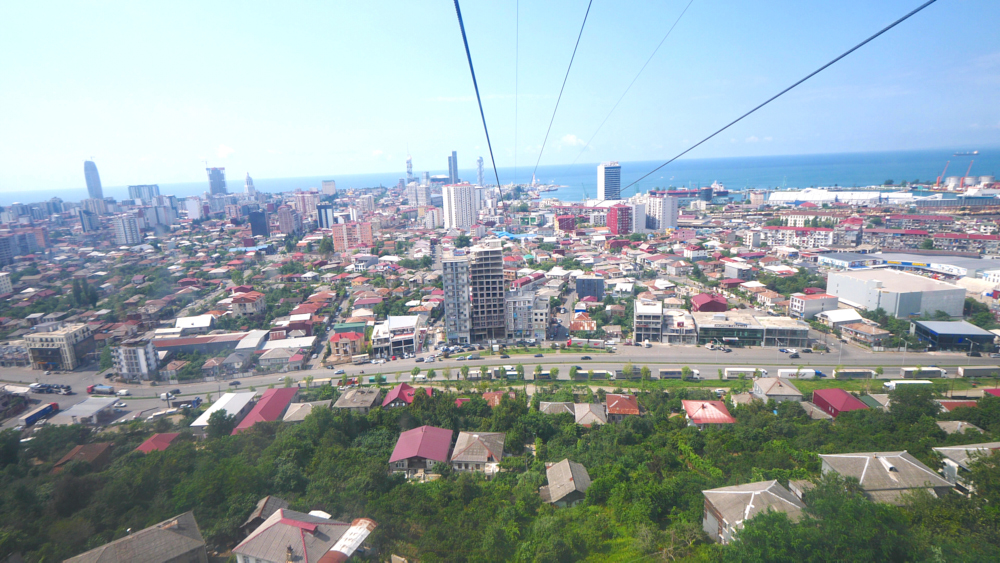 I hope you liked coming with me to have a monster Adjarian khachapuri in Batumi, Georgia! If you did, please give this video a thumbs up and leave me a comment below. Also, please subscribe to my YouTube channel and click the notification bell so you don’t miss any of my upcoming travel/food adventures!