Do you want to enjoy cannabis while on holiday? Unfortunately, not all places will let you smoke your joint in peace. Even in countries like the US, the laws vary from state to state. In that case, it is wise to choose countries where weed is legal in 2022.

In fact, in 2010, out of the 1024 total executions globally, 706 were drug-related offenses. Traveling to a marijuana-restricted nation can pose a risk to your freedom and life. It’s good to visit countries that are friendly with cannabis.

If you grow your own weed, pick a destination that allows the practice. Such places will provide you with a variety of cannabis tours and educational seminars. You may even get lucky and stumble on a cannabis farm that sells cannabis seeds at wholesale prices.

Here are the most weed-friendly countries in the world

Jamaica popularized ganja through reggae music; however, the battle for the legalization of marijuana was only won in 2015. That means that you won’t get into any trouble for smoking a few joints. 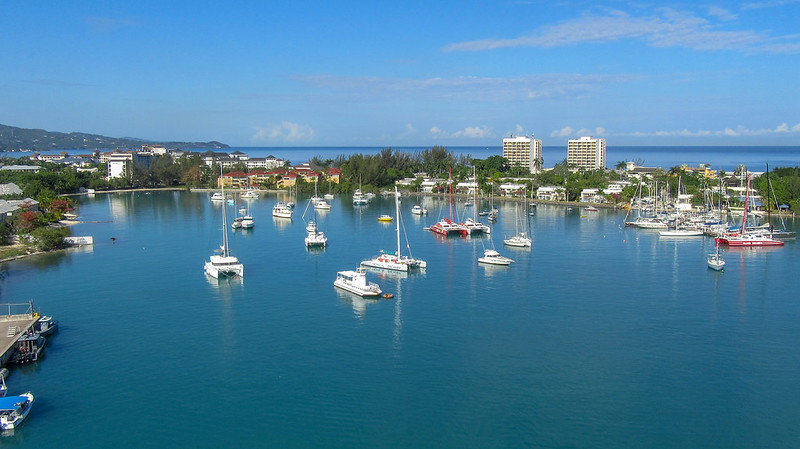 You’ll be safe if you are respectful when consuming weed in the Caribbean. It is still illegal to toke marijuana in public except for those professing the Rastafarian religion—since they smoke weed as a sacrament. There are legal dispensaries that offer exotic strains with consumption rooms for tourists.

Cultivation of weed is legal, and possessing 56.6 grams is only a petty offense. The most famous state for marijuana tourism in Jamaica is Coral cove.

The Kingdom of the Netherlands was among the very first countries to decriminalize marijuana in 1976. Nonetheless, there are regions in the nation that still consider it illegal. Generally, you can carry 5 grams or less of weed without getting into trouble.

There are a lot of “coffee shops,” especially in Amsterdam, where you can enjoy your joints. Though consuming marijuana in the cafes is legal, carrying the weed back to your hotel is illegal.

You can enjoy a host of European strains of cannabis around the Amstell river and cure the munchies by sampling the regional cheese.

Uruguay is one of the weed-friendly countries in South America. The nation legalized marijuana for recreational and medicinal purposes in 2013. Registered ‘growers clubs’ can cultivate the cannabis plant and distribute it. The government hopes to put an end to drug trafficking and improve the health of citizens.

You can smoke weed in open spaces and grow up to 6 plants. There are 420 events held in the country that anyone can attend. Tourists can visit growing shops and enjoy the mate drink that contains cannabis.

Visitors are not encouraged to purchase marijuana as they could be fined. However, having friends in the nation can give you access to weed.

Canada made headlines recently for its legalization of cannabis and its products on October 17, 2018. It has become a top marijuana tourist destination, with many people flocking to Toronto, Vancouver, and Montreal.

The products come in discreet packaging, and anyone can carry up to 30 grams of marijuana.

While marijuana is legal, it’s not heavily promoted. The national, provincial, and local governments have different laws on the product; hence you may get in trouble in some places. There are limits on weed production, distribution, and sale times.

Thanks to federalism, many US states are pretty liberal on marijuana despite it being illegal in federal law.

Currently, at least 29 states have legalized medical marijuana (MMJ), and 11 allow it for recreational purposes.

In these States you will find bud-and-breakfast accommodations, ganja-themed getaways, and fine dining experiences that incorporate cannabis in their meals.

Another nation where weed is legal is the Yucatan Peninsula country of Belize. The government decriminalized marijuana in 2017 for personal use up to 10 grams. Anyone can cultivate cannabis if they can get a valid license making it one of the weed-friendly countries.

Their weed industry is still young, with the Belizean authorities letting the tourists enjoy the plant. Cannabis isn’t promoted publicly, and there are long jail terms and fines for breaking marijuana laws.

Like its neighbors in the north, cultivating and selling weed in Mexico may land you in hot water. Nonetheless, Mexico legalized MMJ in 2016, and personal use of the drug below 5 grams is legal.

There is a discussion on fully legalizing the drug, but till then, hold your horses on misbehaving in Mexico.

The penalty for possessing more than 5 grams of marijuana is a fine between $15 to $30 for locals. For foreigners, it ranges from $60 to $90. That is just a slap on the hand compared to other countries.

Despite having some of the most stringent laws, the equatorial nation is among the most weed-friendly countries in the world. Ecuador decriminalized weed possession to up to 10 grams. You can therefore smoke easily and enjoy your trip as long as you do it discreetly.

Smoking on the street, selling and cultivating weed is still illegal and punishable by law. Punishments include imprisonment and petty fines. You can consider visiting the state of Quito for fun-filled cannabis tourism.

The Peruvian authorities legalized MMJ, but it’s still illegal for recreational purposes. Consuming ganja discreetly in private spaces is not criminal. The maximum amount you can carry is 8 grams.

Lima is an excellent destination to smoke marijuana. If you slip up, you can face up to 15 years imprisonment for trafficking or minor drug violations. Despite that, it is on the list of countries where weed is legal in 2022.

Marijuana remains a hot topic in many nations; however, you can travel and puff legally in a few countries across the globe. Some allow the use of the drug for religious purposes only, such as in Sri Lanka and India. In contrast, many allow both MMJ and recreational usage.

Knowing what countries is weed legal in 2022 will help you plan your trips effectively. Nonetheless, if you get to a destination where marijuana is decriminalized, you won’t have any problems if you smoke, vape, or munch your edibles with caution. Whatever your use, enjoy the trip.

Kyle Kushman is an American writer, educator, activist and award-winning cannabis cultivator and breeder specializing in veganic cultivation. He is a representative of Homegrown Cannabis CO company, has been a contributor for over 20 years, and has taught courses in advanced horticulture at Oaksterdam University in Oakland, California and across the United States. Kushman also hosts a cannabis podcast called “The Grow Show with Kyle Kushman”.