Feminized cannabis seeds are a type of cannabis seed that has been bred to produce female plants. This means that the plants will not produce any male flowers or pollen. They are a great option for those who want to grow their own cannabis but don’t want to deal with the hassle of crossing over from regular marijuana plants. 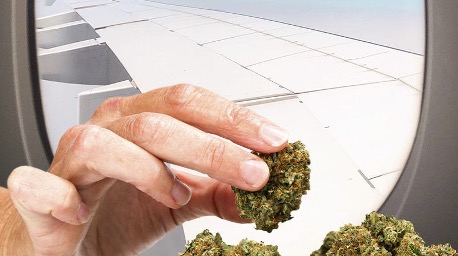 The main advantage of feminized seeds is that they will not produce any male flowers. This means that the female flowers will develop and produce the best quality buds. With feminized seeds, you will not have any unwanted male plants in your garden, which helps cut down on wastage and speeds up the flowering process.

If you have a large number of female plants growing, then it is relatively easy to identify which ones produce the best quality buds, so you can harvest all the buds off these plants to use in other products such as hash or oils.

How to feminize cannabis seeds

There are two main ways to make feminized pollen:

A cannabis seed typically has a 50/50 probability of developing either a male or a female plant. The plant’s DNA has a biological program that is designed to increase its chances of procreation and, of course, overall survival. The X and Y chromosomes, like in humans, determine gender.

Ninety-nine percent of the time, a plant will produce a male if it has one of each chromosome. A cannabis plant has a 99.9% chance of being female if it has two X chromosomes. During the flowering stage, plants are treated with colloidal silver to produce feminized seeds. Using this method, female plants are converted into hermaphrodites (a plant that is both male and female). They are compelled to generate female pollen-filled seed sacs instead of buds as a result.

In rare instances, a female cannabis plant may begin producing male pollen sacs or bananas spontaneously, which the plant can use to self-pollinate. When a plant is stressed or not harvested on time, buds begin to wither and die. In essence, the plant is exerting every effort to produce seeds and protect the future generation. These seeds are mainly female because of this “natural” process. The issue with this approach is that you’re choosing plants that develop both male and female sex organs independently, without chemical inducement. This implies that the seeds that arise are far more likely to become hermie under normal circumstances. If you don’t want seedy buds every time you harvest, that’s an issue. It is strongly advised that you avoid feminizing seeds in this manner. Additionally, it’s a good idea to discard any seeds that are the product of natural herming (such as seeds you discover in your buds while not growing any male plants).

Growing marijuana from feminized seeds follows the same procedures as growing it from ordinary seeds. Keep these points in mind if you want to attempt growing cannabis and are aware of your area’s rules and legislation.

Before you plant the first seed, you must answer the following questions:

While it is possible to purchase a clone, plant it in soil, and hope for the best, it is recommended to approach marijuana cultivation cautiously and conduct an extensive study first. If that’s not your thing, you may treat marijuana like a houseplant and try a straightforward indoor grow with natural light. If you begin with one or two plants on a sunny windowsill and end up with a good harvest, you may upgrade to a more complex arrangement or stick with the original one.

It all depends on your particular preferences and how much work you want to put into it, much like most things in the cannabis industry. Regardless of your chosen method, you will need to buy cannabis seeds. You can check out the Herbies headshop for the best selection of feminized marijuana seeds.