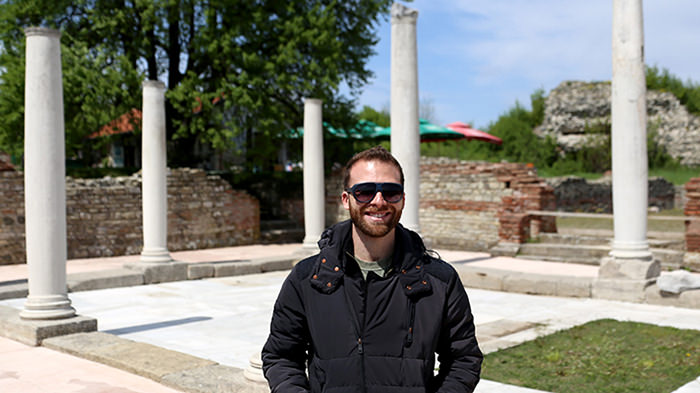 After only 7 years of full time traveling, most people I meet think that I have been everywhere, but the truth of the matter is that the planet we call home is just so vast that I may never reach every corner (but I’m going to try my hardest!) The U.N. recognizes 193 countries of the world, and rather than trying to see the major cities in each, I am exploring countries in-depth to create quality guides, episodes and articles that provide valid travel information. In essence, it is more important for me to have explored the majority of France than to have just visited Paris, Marseille and Lyon. And the longer I have in a place, the better.

I have heard from so many people, “You have never been to India, China or Brazil?” What is ironic is that many claim they have been to the most prominent and impressive metropolises of the world, but when I start listening to the stories, I realize quickly that they have really no idea about the countries they’ve visited because they only made time for major cities. For me, I know that 2 weeks in each region within each country may not be enough. Granted, I understand that travelers have budgets and vacation days that do not allow for more time spent in a country. But, I am and always will be, a proponent of the road less traveled..experiencing authentic culture, customs and gastronomy of a country at its purest- in smaller towns and cities, even rural villages. In a nutshell: Paris is an epicenter for opulence and affluence, but discovering the countryside with its sights, tastes and sounds is an even richer experience. My advice to anyone would be to make time for both the expected and unexpected.

Below is a map of cities I have visited. My goal is to visit 5 to 10 countries per year to have a consistent stream of content for Davidsbeenhere and the guide series. I am, however, guilty of focusing on Europe for much of my travels, as it’s just right across the pond from me.

I want to know where you think I should head to next… any suggestions??? 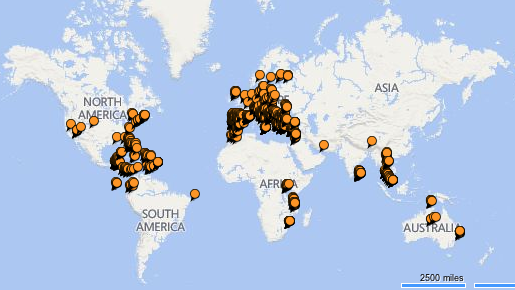 As you can see I have barely scratched the surface. South America, Africa and the United States are places that I need to dedicate time to one day. As I said before, quick trips do not suffice for me, but if they did the map above would be significantly more dotted. But in all honesty, I am as content and proud to have covered small cities as I am to have visited the larger ones. I have a lifetime of memories from only 7 years of traveling, and I want the same for Davidsbeenhere readers.

I am very interested in learning where you would like me to go next. Whether it be Antarctica or Mongolia, please comment on this post with where you think I should go and why. Thank you for all the continued support. I hope that my work inspires you to get out there and explore the fascinating world in which we all live.