The Mayan civilization is famous today for its beautiful archaeological sites, the more known is Chichen Itza. 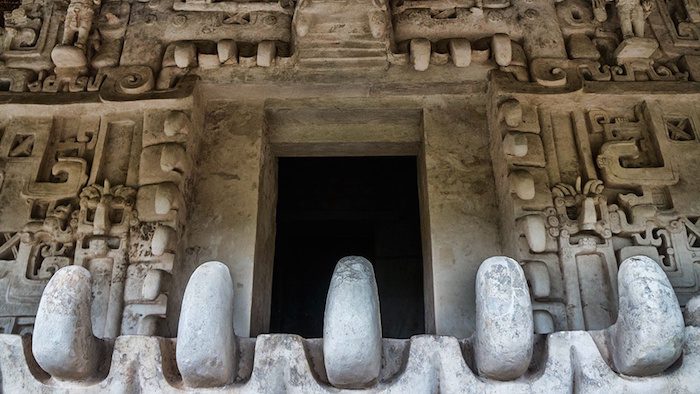 But what is a secret is that they enjoyed other sacred sites, so I’ll introduce four of my favorite hidden mayan treasures of the Yucatan Peninsula that without doubt should be on your list of places to visit before you die.

This route takes you to the underworld of the peninsula, where you can find breathtaking cenotes, stalactites, and even paintings dating from 3,000 years ago. 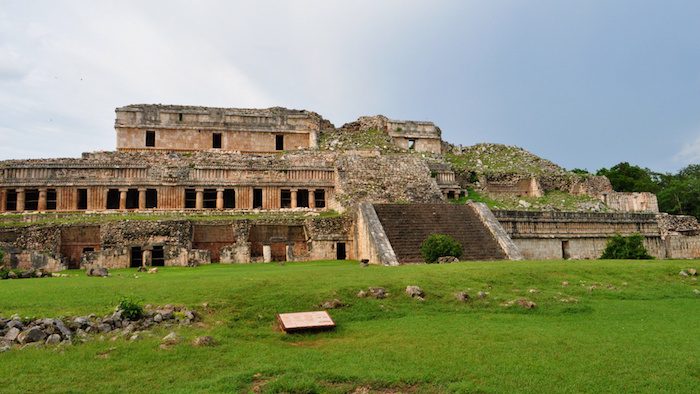 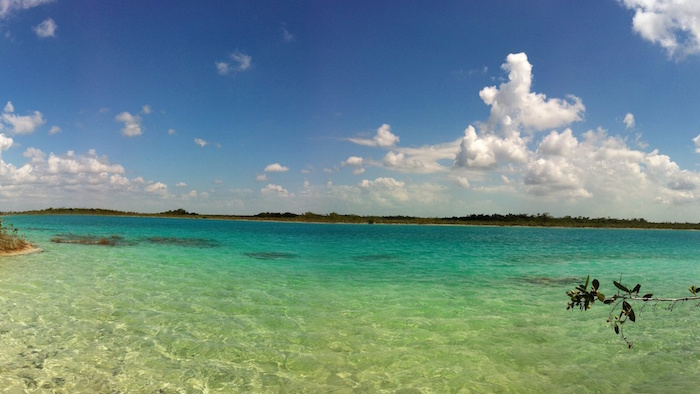 Bacalar is a heavenly village. Among small houses of fishermen emerges the beautiful lake of the same name, they say, it has seven shades of blue. In this beautiful body of water you can swim, snorkel, dive and make peaceful boat rides. In addition, the bastions of Fort San Felipe, from where one of the best views of this natural wonder you get, you will be forwarded to the stories of pirates, while their temples and plazas offer a provincial atmosphere. 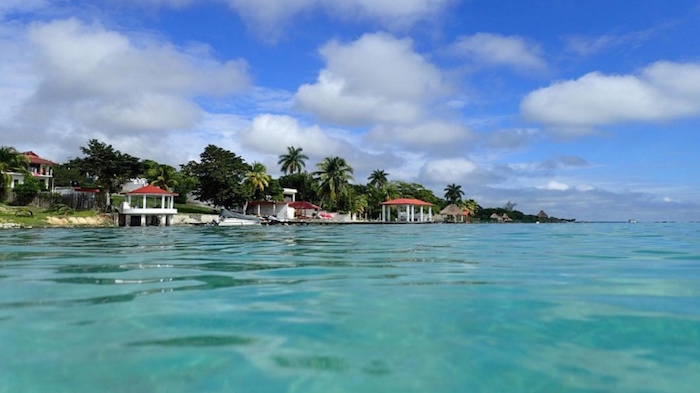 And if that were not enough, Bacalar is also the gateway to the underwater caves of the Cenote Azul and interesting Mayan archaeological sites covered by jungle. 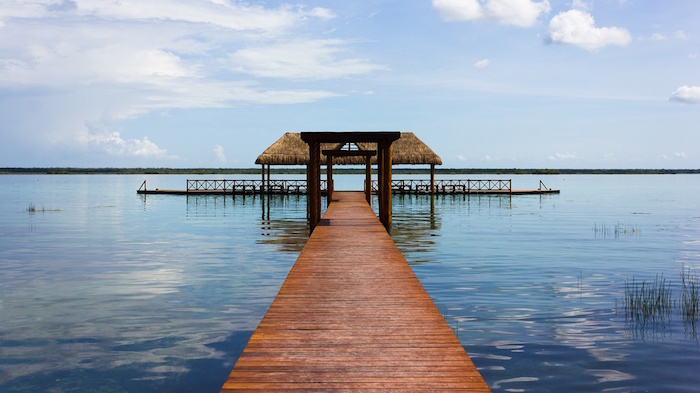 Bacalar was founded by the Maya around the year 415 A.D. with the name of Sian Ka’an Bakhalal. For centuries harassed by pirates because of its commercial importance in Central American goods and for being one of the places where abounded logwood, coveted by the British for dyeing textiles, because of its indelible dark pigment. 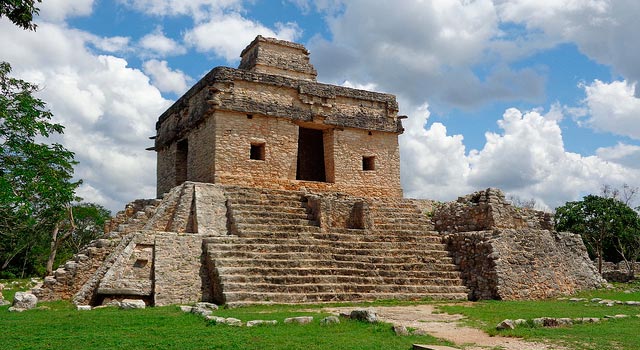 The city retains 12 sacbés or white roads, most of which start from the center and head towards the construction of the periphery; one of them leads to the cenote Xlakáh, which in Maya means “old people” and which have been rescued objects of bone, stone and wood.

The most prominent building in this area is the Temple of the Seven Dolls, named for an offering that was found inside seven clay figures in human form. Through its central door you can see a solar phenomenon every equinox. On site, we can also see the construction of an open chapel with an architecture of great simplicity, in which the new religion was taught the Maya people.

Dzibilchaltún together in one place at a pre-Hispanic city, an eco-archaeological and Maya Village Museum, where you can see numerous representative pieces of the park area and the house.

The equinox in Dzibilchaltún you can enjoy in the months of March and September. 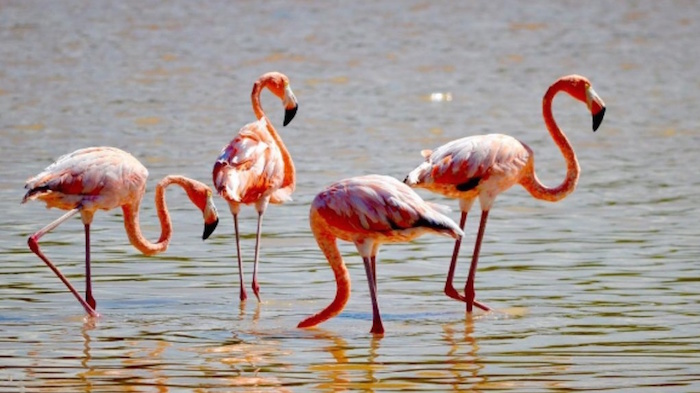 Las Coloradas is a small port in the state of Yucatan and although it is not entirely a very popular site, it begins to spread its fame: the concentration of salt and microorganisms make the waters around here are dyed a peculiar tone that has made hundreds of tourists traveling to this point to witness such a spectacle. 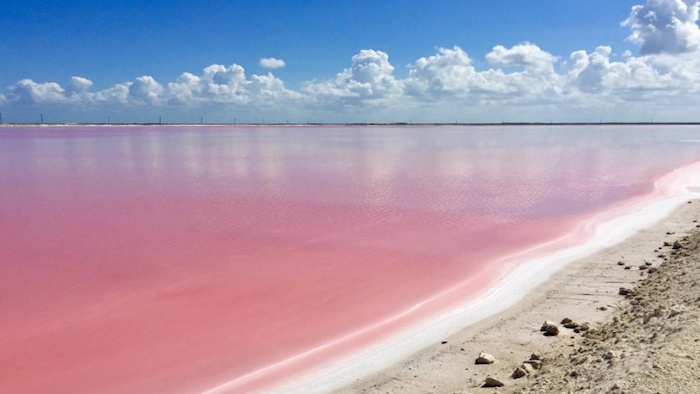 To be honest, the place does not have options to stay, much less resorts or activities to the wide spread of tourism, however the view that the place offers itself is a sight to be admired again and again, so worth the sacrifice to get away from the hustle and immerse yourself in an atmosphere of tranquility. 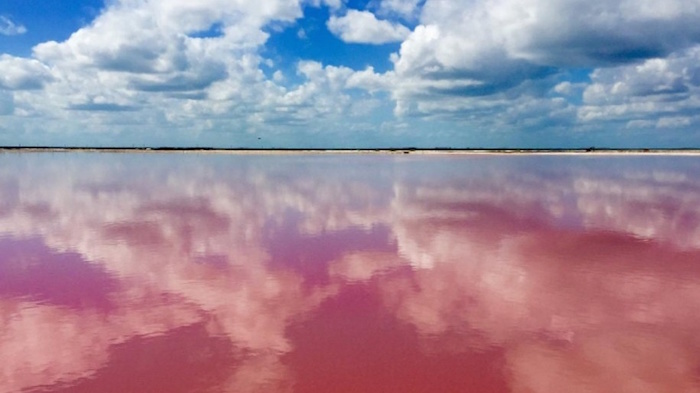 As if that were not enough, it should be noted that in this place you can also find flamingos in some seasons, giving an spectalucar show to anyone who wants to enter the Yucatecan magic.