My wife recently gifted me a Vatican City Tour from Tinggly, a one-of-a-kind voucher gift that allows you to choose an activity from 350+ of the world’s best experiences in more than 100 countries worldwide. It was a practical and fun gift for our recent trip to Italy with our 10-month-old daughter. Since we were traveling with a baby we made it a point to plan ahead to avoid waiting in long lines at Rome’s top attractions. 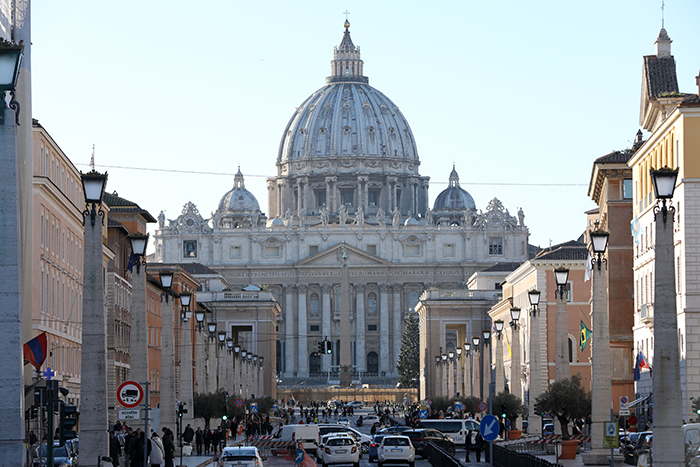 We spent three days sightseeing around the city and we of course weren’t going to miss seeing Vatican City.

Here’s a recap of our experience of Tinggly’s Fast Track Entry to Vatican City for Two. It wasn’t just fast track entry, it also included small guided group tour with an English-speaking local. 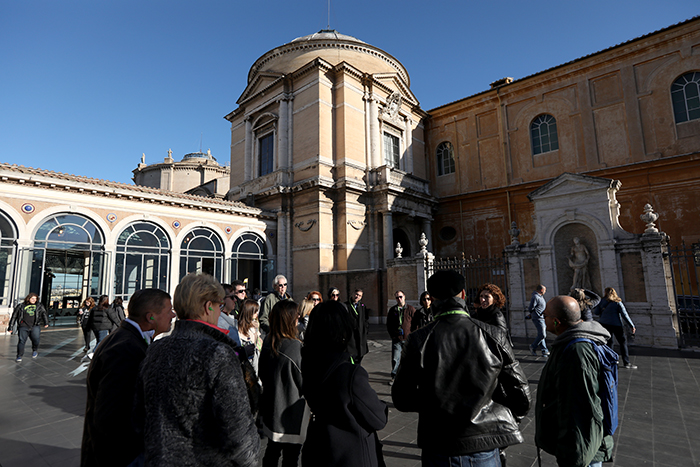 After meeting up with our group at a café by the entrance to the Vatican Museums, our guide distributed the headsets and began explaining a little bit about Vatican City: how it’s technically a country with its own military force. Something interesting we learned was that Vatican City citizens (mostly members of the clergy, about 500 in total) even have their own passports that are different from the standard E.U. passports. 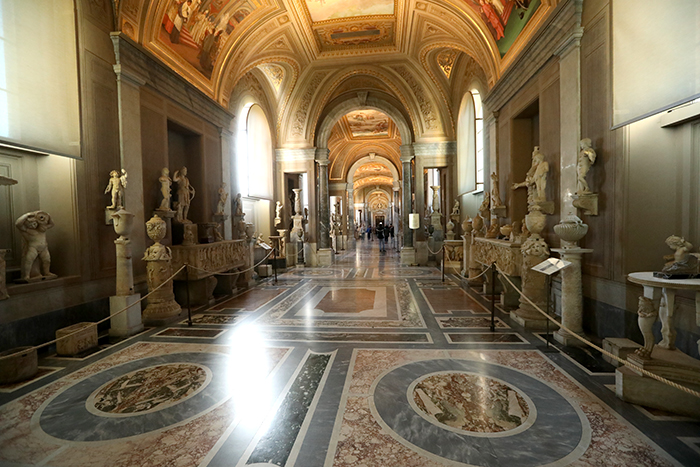 After a short intro our guide led us right into the museum and the tour continued through several halls of the Vatican Museums. She spoke about the paintings, frescos, tapestries, and the history behind many of the commissioned works inside. Next she led us to see the renowned Sistine Chapel. We had plenty of time to take it all in! 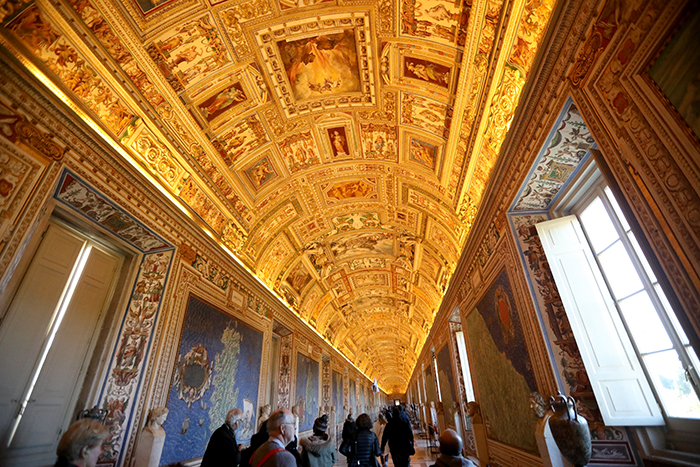 Gazing up at the vibrant frescoes by Michelangelo and seeing how much detail was put into the figures was incredible. Other artists who contributed paintings to the chapel’s walls were Sandro Botticelli and Pietro Perugino. 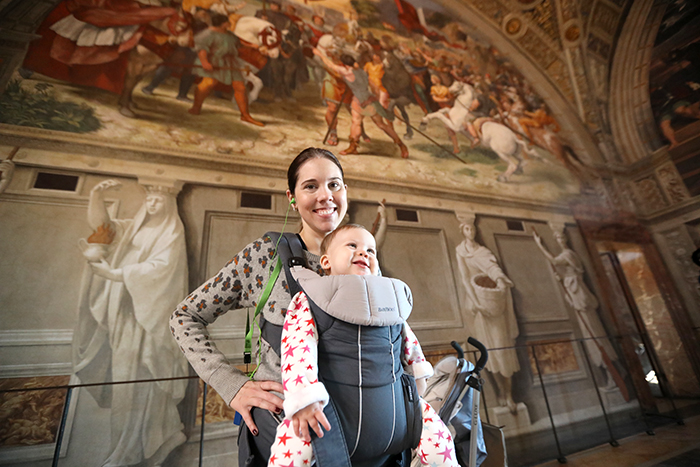 After a short bathroom break, we were led into St. Peter’s Basilica to marvel at its many works of art and remarkable dome. As you enter the basilica to the right is Michelangelo’s Pietà sculpture depicting Mary holding a lifeless Jesus after he was taken down from the cross. 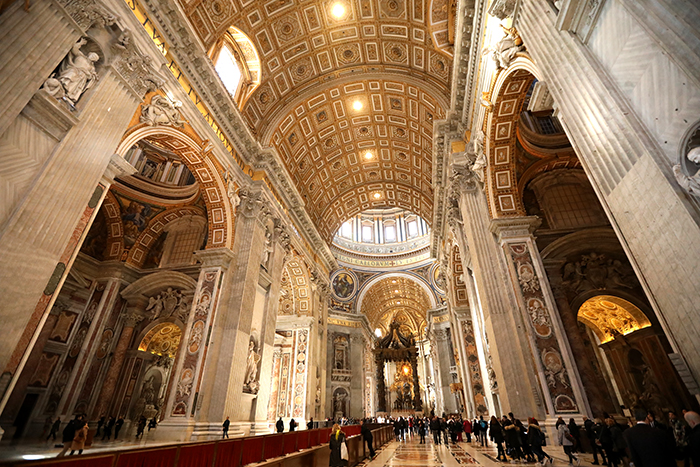 We were completely free to wander around and admire all the details of the Basilica before heading out onto St. Peter’s Square (Piazza San Pietro), which was the end of our tour. 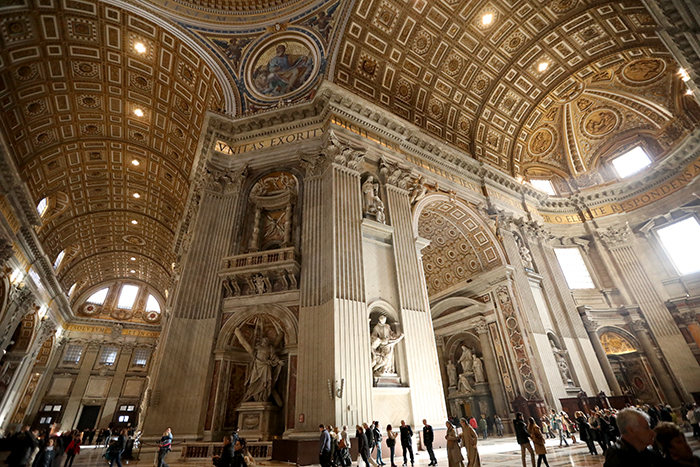 We stuck around St. Peter’s Square for photos and to reflect on what an amazing place we just experienced. On the plus side, our Vatican City tour was informative, well paced, and very organized. 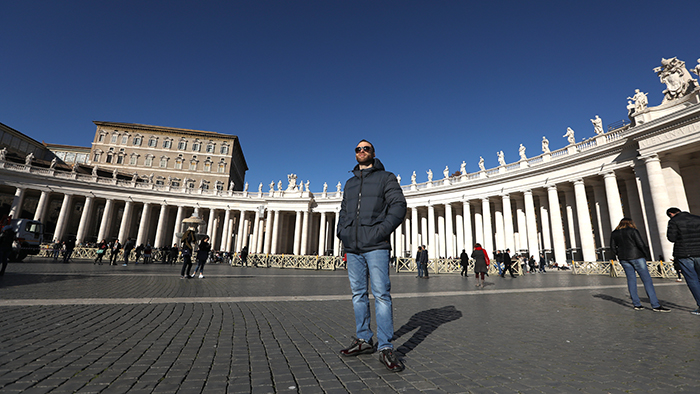 A drawback was that we took a baby stroller, which made it challenging to go up and down the stairs in the Vatican Museums. But that didn’t stop us from seeing everything we could in this incredible place.

Have you ever been to Vatican City? Leave us a question or comment below!

Special thanks to Tinggly!

2 thoughts on “A Day in Vatican City”