When you’re looking for an island paradise, there are few places in the Caribbean better than Puerto Rico. Unlike many of the other islands in the Caribbean, Americans don’t need a passport of any kind to visit Puerto Rico, as it’s a commonwealth of the United States and its citizens are actually American from birth. Because of that, San Juan is perhaps the closest thing to a foreign vacation an American can take without ever leaving American soil, and the top 10 things to do in San Juan, Puerto Rico are worth the trip on their own. 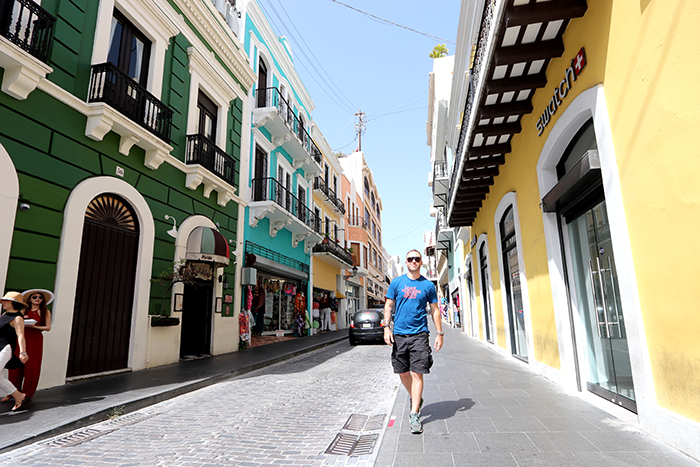 I recently visited for the second time in my life, and I found so many incredible things to do that I couldn’t narrow it to only five. I was truly blown away by the entire experience of Puerto Rico, and here are just a few of the reasons why. 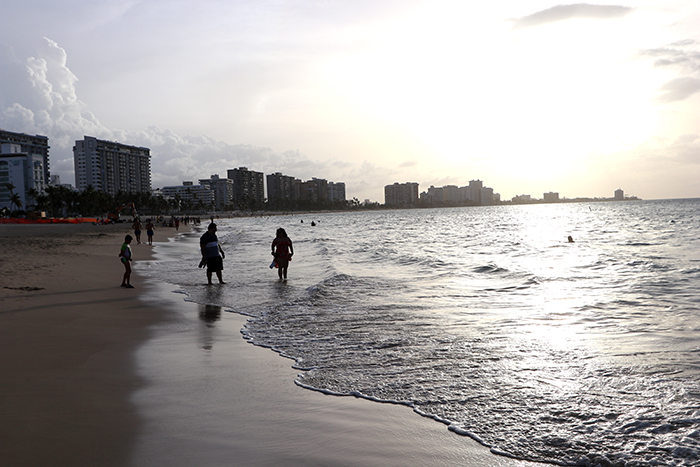 As an island paradise, it would be pretty hard not to find a great beach among Puerto Rico’s 270 miles of coastline. Isla Verde Beach is the perfect spot to begin your trip to Puerto Rico because it’s simply one of the best beaches on the island. From the brilliant views to the white to pink sand to the backdrop of San Juan behind you, Isla Verde Beach has everything that a beachgoer could want. Part of the area surrounding Isla Verde Beach was damaged by Hurricane Maria in 2017, but the beach itself remained untouched and is still one of the most beautiful sights on the island. 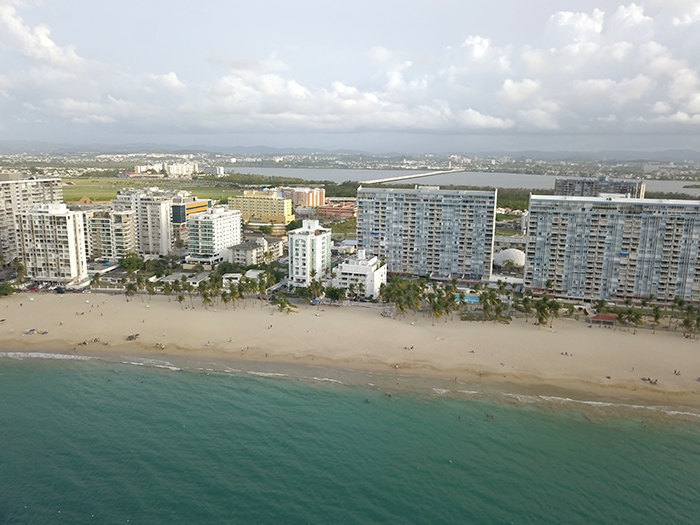 Besides the obvious tip to wear sunscreen, there are two key pieces of advice with Isla Verde Beach. The first is to either come early or come on a weekday. If you come late on a weekend, you’re going to find yourself fighting for space on the beach in a crowd of families. On a weekday, however, you’ll be able to enjoy the serenity of the beach. The second piece of advice is to stick around for the serenity of the sunset. On a clear night, it’ll be one of the prettiest views you’ll see anywhere. 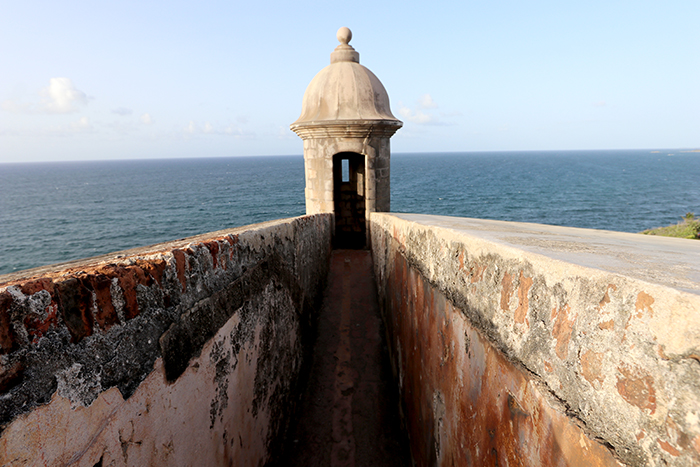 Much like Havana in Cuba, which was also ruled by the Spaniards, the capital of Puerto Rico has an older part of its capital city. Old San Juan is home to the castles that the Spanish attempted to use to defend the island, namely Castillo de San Cristobal, the largest Spanish fort in the new world, and Castillo San Felipe del Morro, which was used in the Spanish-American War to attempt to defend Puerto Rico against the U.S. 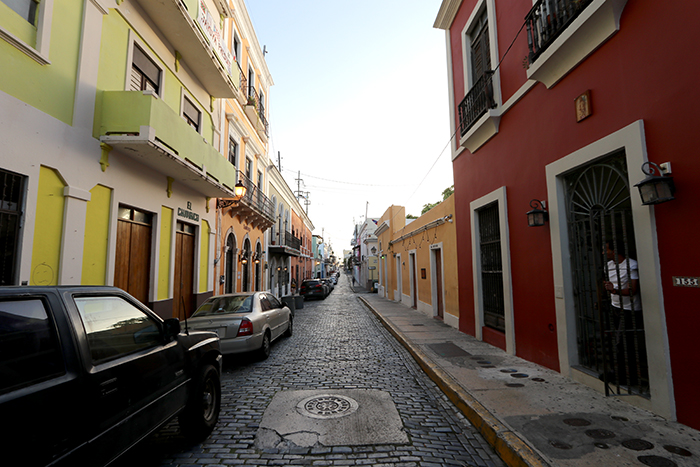 Elsewhere in the old city, you’ll find blue cobblestone streets and architecture that dates all the way back to the 16th century and the time of Juan Ponce De Leon, who originally settled Puerto Rico and chose Old San Juan as the spot to begin the settlement of the island. If you’re looking for some historical perspective, the old city is a must-visit. 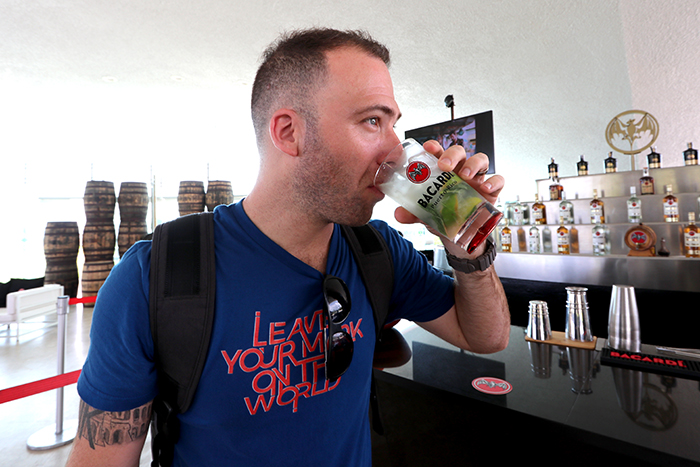 Have you ever wanted to try your hand at being a bartender? At the world’s largest rum distillery, you’ll be able to do exactly that. Casa Bacardi offers a Mixology class that teaches you how to mix their rum to create some fantastic cocktails, as well as bottle your own Bacardi. 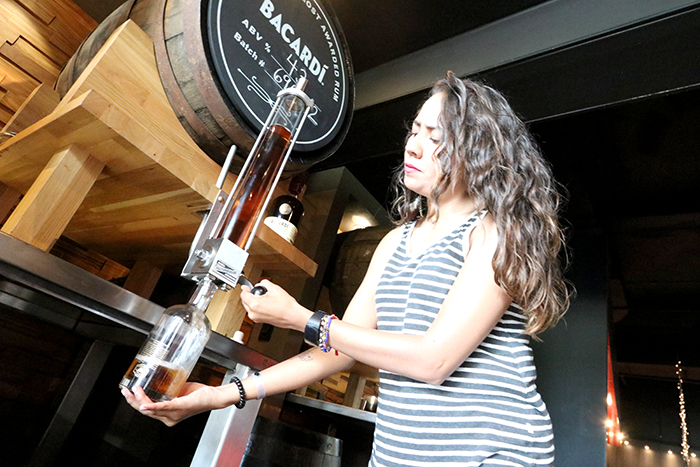 You’ll be greeted with a welcome cocktail that gives you a true taste of Caribbean rum at its finest before joining one of four tour options. If mixing drinks isn’t for you but drinking mixed drinks certainly is, Bacardi’s rum tasting tour will show you just how it’s made and allow you to try five samples of the “rum of kings”. 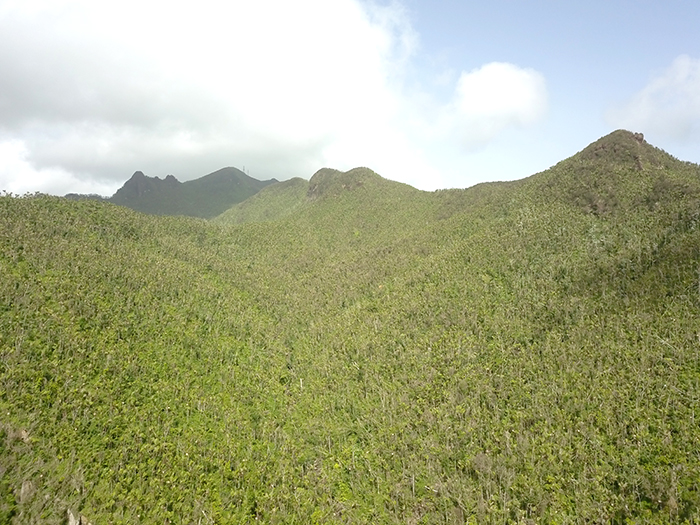 Puerto Rico has plenty of natural beauty outside of the beach, and El Yunque National Forest is a fantastic spot for hiking and swimming at the Damas Pools. Unfortunately, you’ll need to check to see if the pools can be reached when you go, as El Yunque is still trying to completely recover from the devastation left by Hurricane Maria. 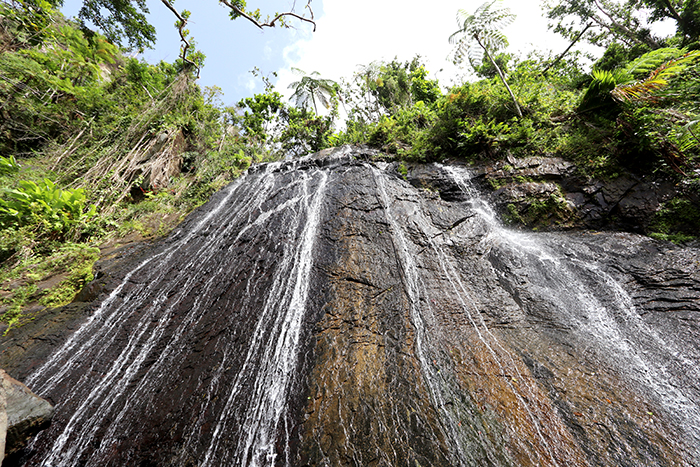 When the entire area is open, the forest is one of the most enjoyable parts of Puerto Rico. Walking the Angelito Trail leads you to the Damas Pools, which include a rope swing into the eight-foot deep natural pool. Hopefully, it’ll be completely open on your visit, because when you can really experience the beauty of this forest, it’s an excellent excursion. 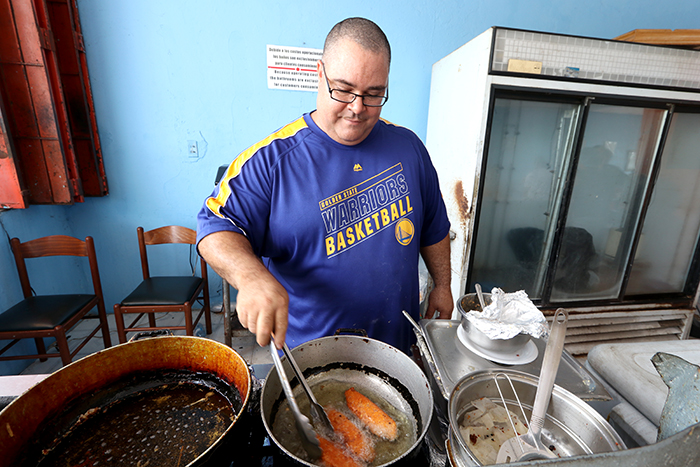 Luquillo is a small town near San Juan, but what it doesn’t have in size, the town more than makes up for in taste. On the outside, the kioskos that serve this town every day aren’t much to look at, resembling an area that’s been run down and abandoned. 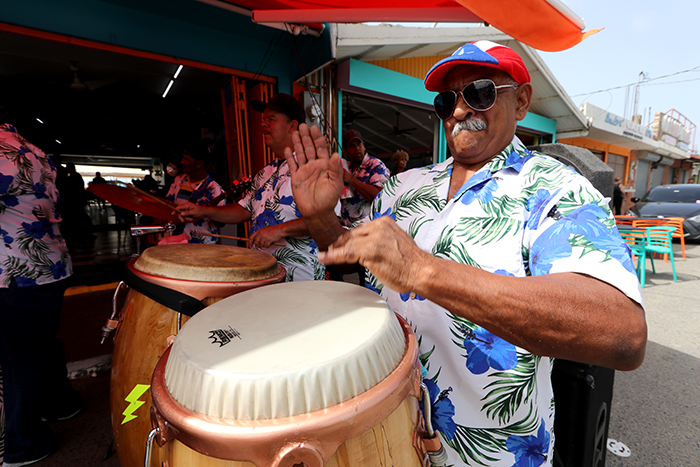 Inside, however, the kiosks are full of the smells of a multitude of cuisines and some truly great eats. Along with traditional Puerto Rican fare such as rice and beans, you’ll find Chinese, Italian and even Peruvian cuisine at one of these kiosks, giving you a multitude of options for lunch or dinner. 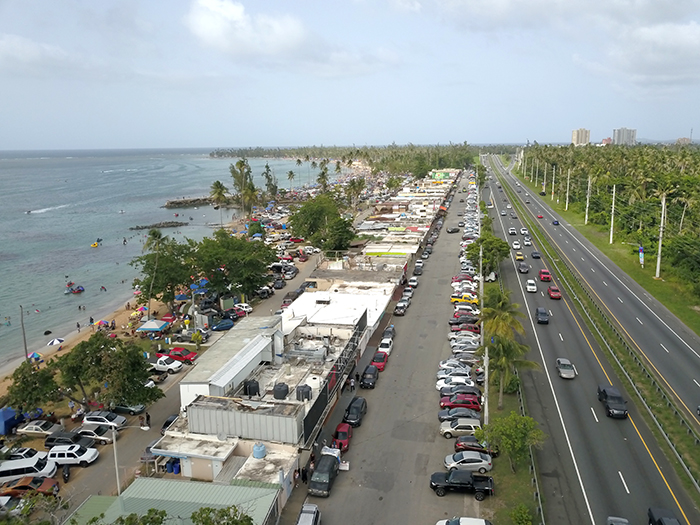 Kiosk Luquillo has more to offer besides just a great meal. Here at the halfway point of the top 10 things to do in San Juan, Puerto Rico, I’d be remiss not to mention either the famous Caribbean mojitos available at the kiosks or the amazing beach behind them, both of which are worth the travel on their own. 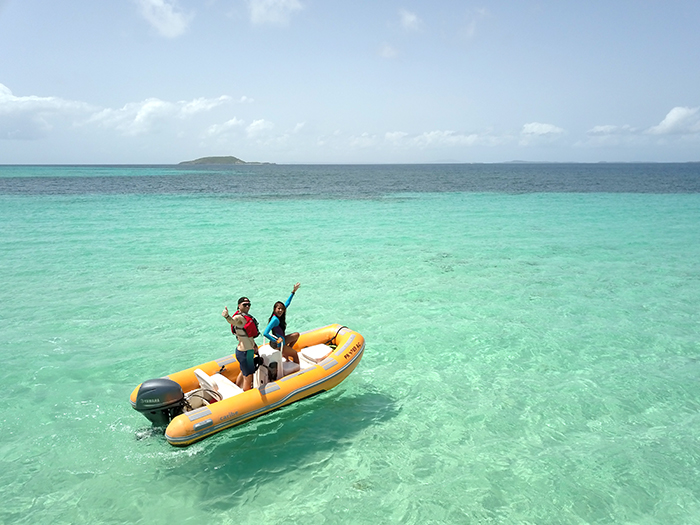 Contrary to what many might believe, the main island of Puerto Rico isn’t all of Puerto Rico. There are a few small islands off its eastern coast that are either uninhabited or scarcely inhabited, making them a great option to see the world the way it is when humans are barely involved in the process. 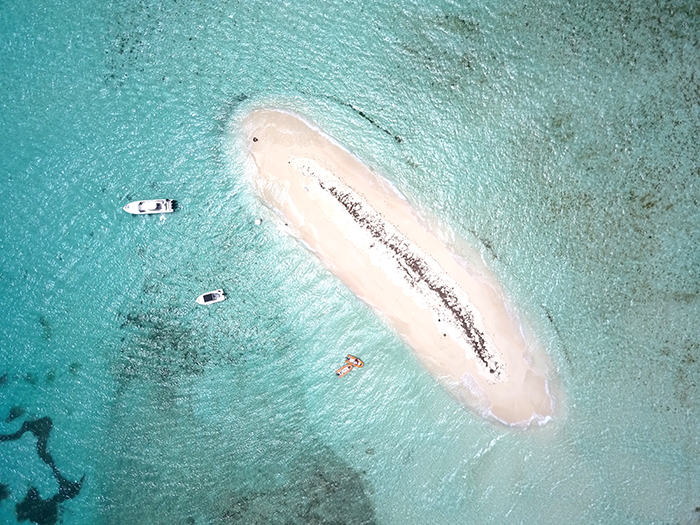 Mini boat riding around Puerto Rico is a fantastic way to see a new perspective of the island and a way to see several creatures living in their natural habitat. From Fajardo to Icacos to Palomintos, you’ll be sure to find a wonderful experience getting between the islands and seeing them in their true, unaffected beauty. 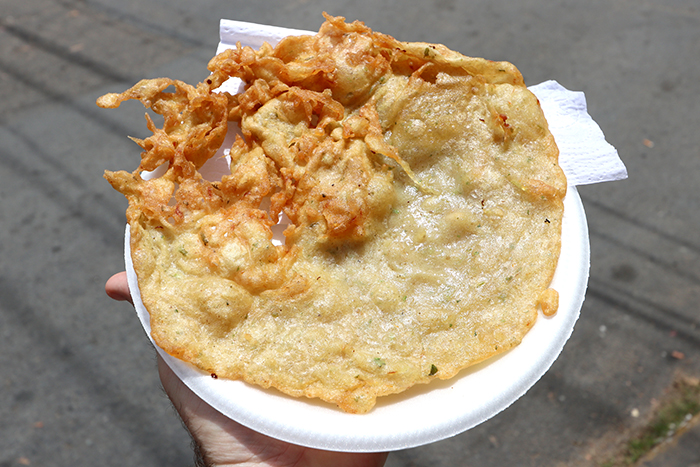 If you really want to experience true Puerto Rican cuisine, Pinones is the place to go. You’ll get your fill of street food here from the multitude of kioskes, many of which take advantage of being right next to the beach by serving dishes based around seafood. Two fantastic authentic Puerto Rican dishes to try include alcapurria and bacalito, which are both delicious fried treats that need to be enjoyed in moderation. 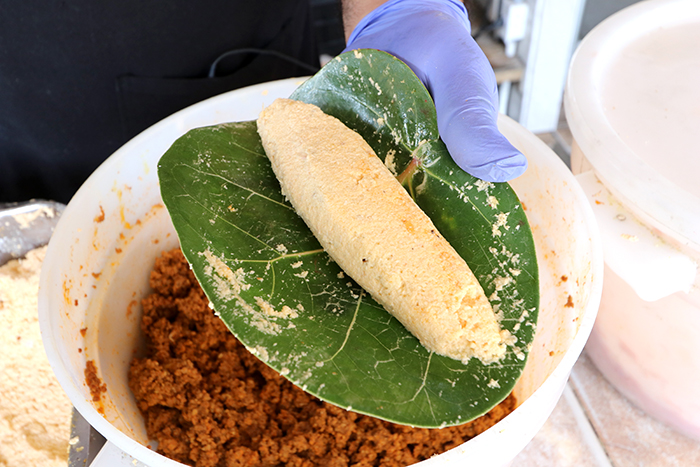 Alcapurria is made with fried dough made from either green bananas or yucca and wrapped around either beef or crab, and I highly recommend crab because when you’re on an island, you should go for seafood as much as possible. Bacalito, on the other hand, is a salted cod fritter. It’s incredibly thin and incredibly flavorful, as it’s spiced well and includes several chunks of cod in the flat pancake-like fritter. 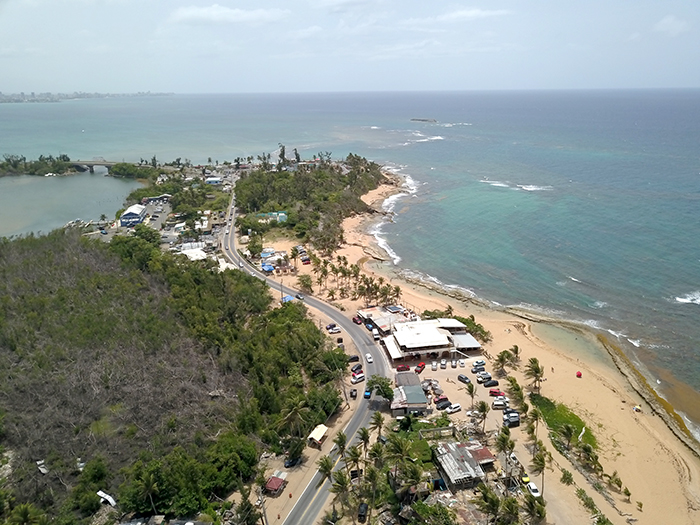 If you’re looking for something that isn’t fried, go for mofongo, a dish of mashed plantain and chunks of seafood. When the two parts are mixed together, they’ll provide a very fresh taste that you can only get in Puerto Rico. 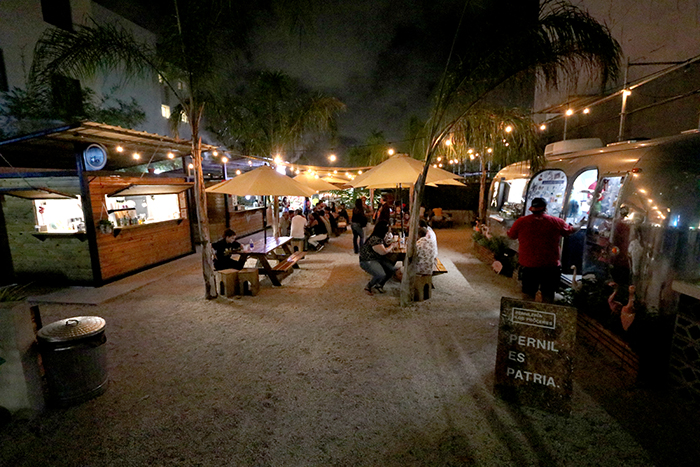 The best way to describe Lote 23 would be a cross between a food truck festival, a kioske location and a parking lot. Lote 23 brings the gourmet food trucks of San Juan together and allows you to try plenty of different street eats in one meal. 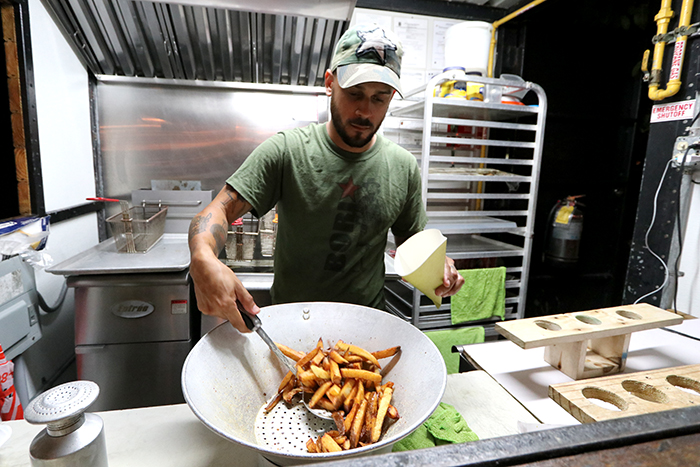 If you haven’t already had them in San Juan, or if you have and you simply want to enjoy them again, rellenos de papas are a great choice for another authentic Puerto Rican dish. They’re a fried pocket of mashed potatoes stuffed with beef, two things that really work well together. 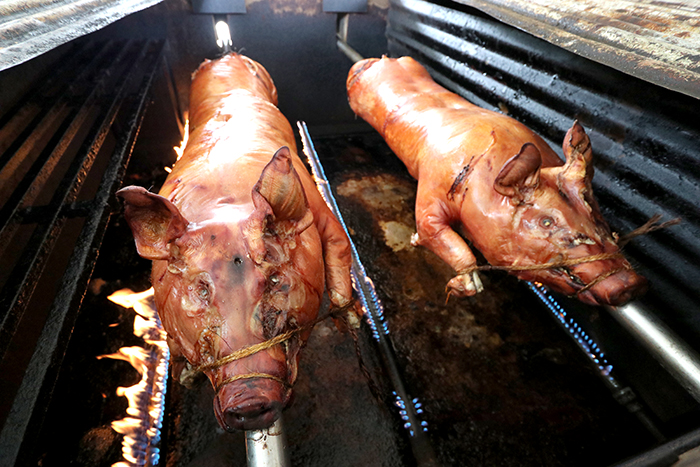 But if there’s one thing you absolutely must try in San Juan, it’s the spit-roasted whole pig known as lechon. Eating lechon, the dish of the commonwealth, is a Christmas Day tradition in Puerto Rico. Even though you might not be there on Christmas, you can still take part by traveling La Ruta del Lechon, which literally translates to “The Pork Highway”. 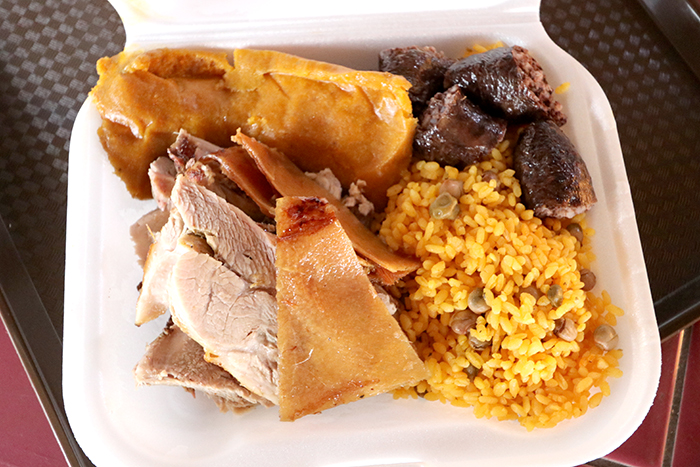 On your road south from San Juan, you’ll encounter several different roadside restaurants, each offering their own version of Lechon. Each restaurant will add its own blend of spices to make the taste slightly different, but the basics are the same: moist pork and smoky, crispy skin. 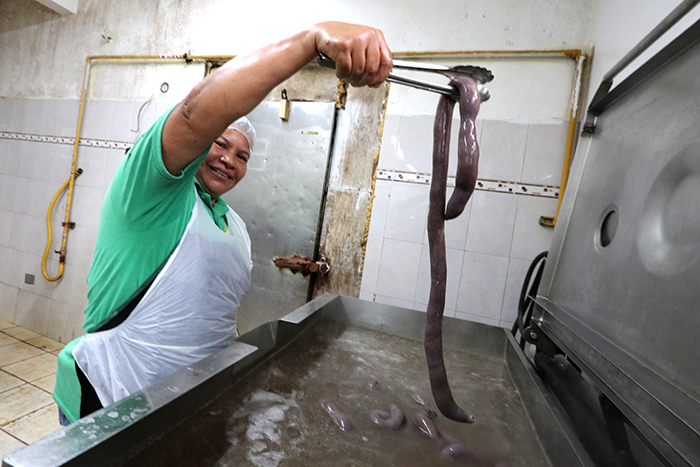 Two of the best options include El Rancho Original and Los Pinos, both of which are legendary for Lechon in the town of Guavate. My recommendation is to try both for yourself and decide which version you prefer. 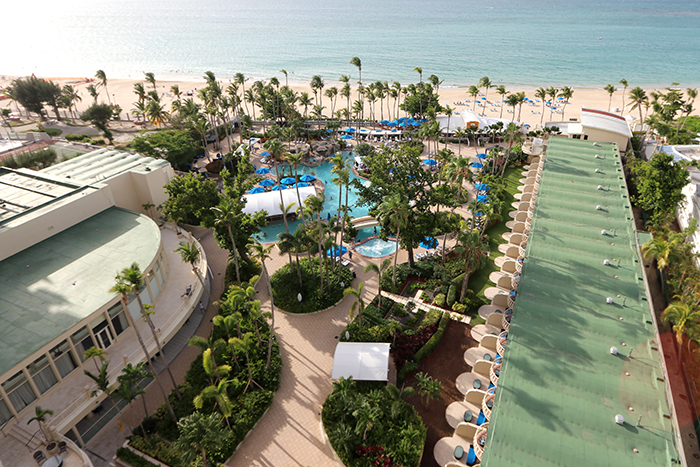 This one isn’t a required site to visit, but with how nice my hotel was, I’ve got to highly recommend a stay at the Intercontinental San Juan. My suite was gigantic, including a dining room, a work area, a living room, a huge bed and an outstanding view of the pool and the beach. 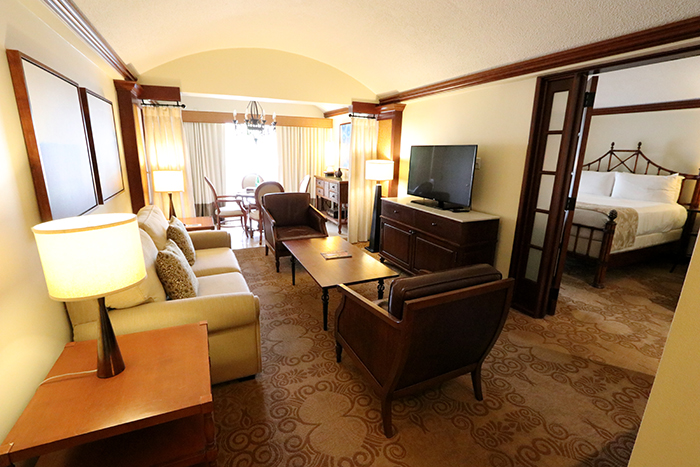 Not only did I have everything I needed in my room and then some, but the Intercontinental is just five minutes away from both Old San Juan and the airport, making it incredibly convenient for exploring San Juan. 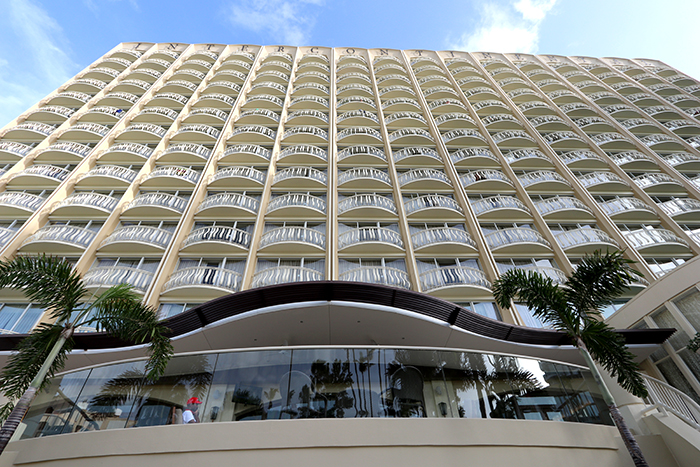 When you can get from your airport to your hotel in just a few minutes and are greeted with a pina colada served in a pineapple, it’s a pretty awesome start to your trip. When that trip starts in a fantastic hotel with 398 rooms, that’s icing on the cake. Without a doubt, staying at the Intercontinental made an already incredible trip into a phenomenal experience. 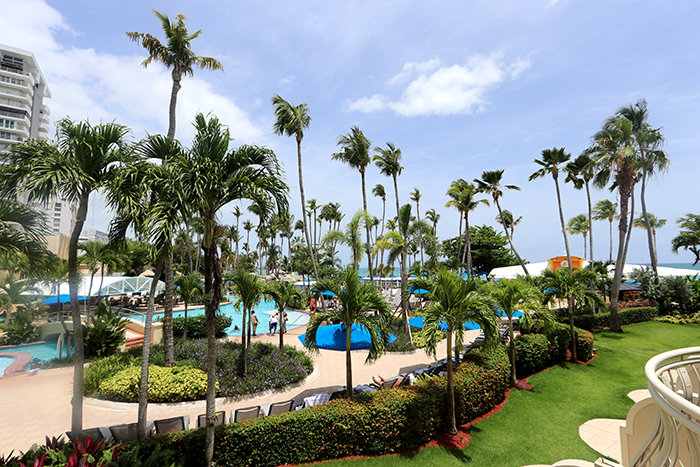 After spending five incredible days in San Juan, Puerto Rico, I have to say I was thoroughly impressed. From the food to the natural wonders, the city is a true gem and the people couldn’t be more friendly! Plus, if your Spanish isn’t at a high level, there’s nothing to worry about. San Juan is a bilingual city, and virtually everyone you meet speaks both English and Spanish, so you’ll be understood in whichever one you feel more comfortable using. 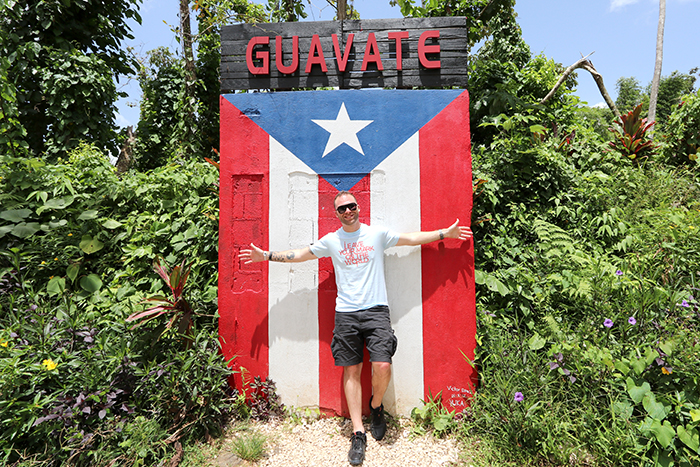 My personal favorite experiences on this trip were island hopping with Kayaking Puerto Rico and driving down La Ruta de Lechon to really see the love these people pour into making the national dish one that everyone can fall in love with. It’s not easy to choose only the top 10 things to do in San Juan, Puerto Rico, but these activities and meals should give you a great start on your own visit to this U.S. commonwealth!

This article is sponsored by the IHG, all opinions are my own.

2 thoughts on “Top 10 Things to Do in San Juan, Puerto Rico”