On the southwestern shore of the Malay Peninsula in southeast Asia lies Melaka, a picturesque, old colonial city that boasts countless historical sites and attractions. What to see and do in Melaka, Malaysia will largely revolve around them, as the city was named a UNESCO World Heritage Site in 2008 because of its rich and eventful historical legacy. That legacy began around the year 1400 when the city was founded by a Sumatran prince who had fled north following the fall of his kingdom to the Majapahit Empire in the late 1390s. 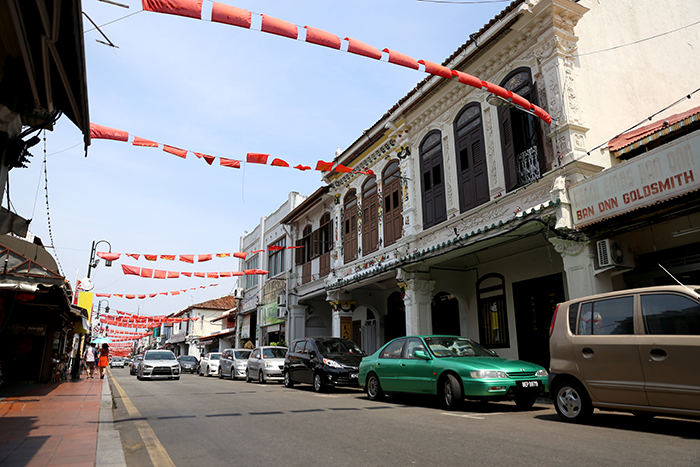 Melaka (sometimes referred to as Malacca City), which is now the capital of the Malaysian state of the same name and the third-largest city in the country, would later be colonized by the Portuguese, Dutch, and British over the next several centuries, and was even occupied by the Japanese from 1942-1945 during World War II. While Melaka is very much a historical minefield, there are also fun and interesting things to do around the city that have very little to do with its long and enthralling past. These are what to see and do when you go to Melaka. 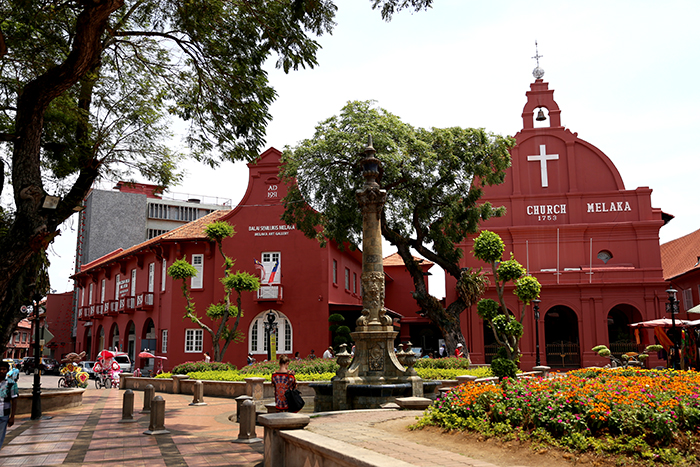 Located in the Old City of Melaka is Christ Church, an 18th-century house of worship that was first proposed by the Dutch in 1741 to commemorate the one-hundred-year anniversary of their occupation of the city. The church, built in the Dutch Colonial style, was completed twelve years later, in 1753. 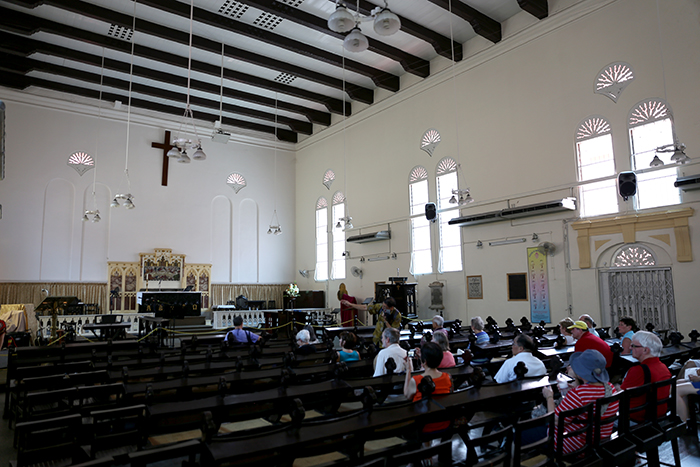 The church, now the oldest functioning Protestant church in Malaysia, was then reconsecrated and Anglicized fourteen years after Melaka became the property of the British East India Company in 1824. In 1911, the church’s white exterior was painted red, which is now a hallmark of all of the Dutch-era buildings in the city. 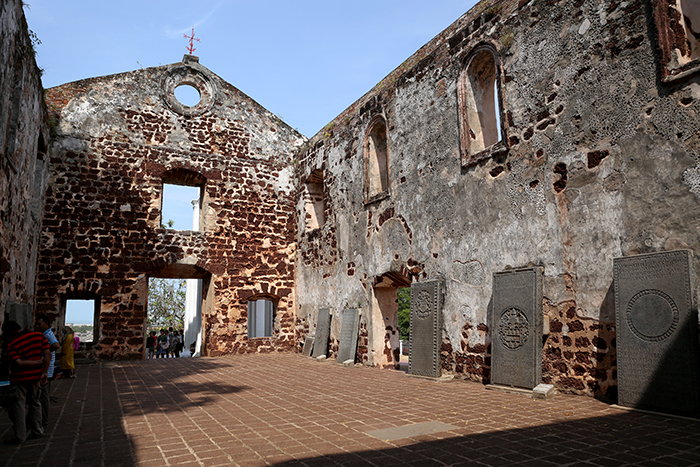 Another historic church in the Old City is St. Paul’s Church, which predates Christ Church by over two hundred years. Built in 1521 as the city’s primary church until the construction of Christ Church, St. Paul’s is the oldest church building in southeast Asia.

Check out Top Things to Do in Cameron Highlands, Malaysia 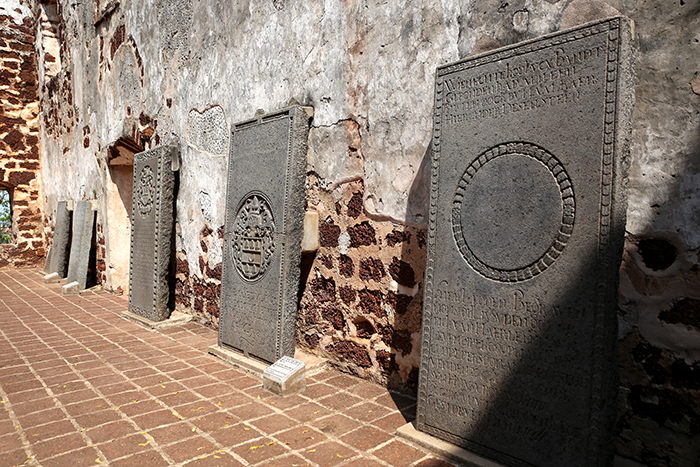 The church can be found at the top of St. Paul’s Hill and is part of the Malacca Museum Complex, which also includes the A Famosa fortress ruins. Originally a simple chapel dedicated to the Virgin Mary, the church building grew over the next few decades as more features were added, including a burial vault in 1592. The church, which was used by the British as a warehouse for their ammunition, provides some of the best views of the entire city. 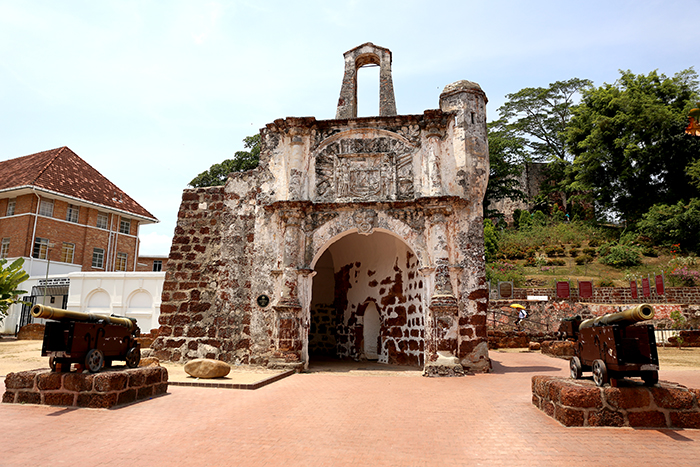 A Famosa is a Portuguese fortress that can also be found in the Old City. Constructed in 1511 under the direction of Alfonso de Albuquerque, a Portuguese general who wanted to consolidate his gains after his fleet defeated the armies of the Malaccan Sultanate, the fortress once boasted long ramparts and four major towers. 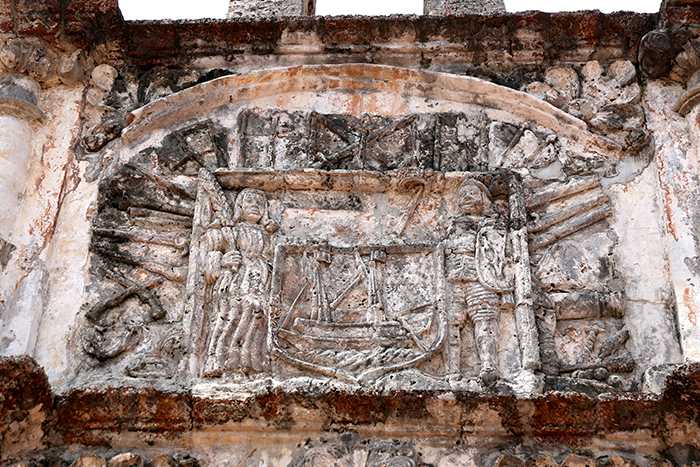 The gate house, Porta de Santiago, is the only part of the fortress still standing today, making it one of the oldest surviving European structures in southeast Asia and the Far East. Major archaeological discoveries, including the Santiago Bastion watchtower and the Bastion Middleburg (which was uncovered during the construction of a revolving tower), were unearthed in 2004 and 2006. 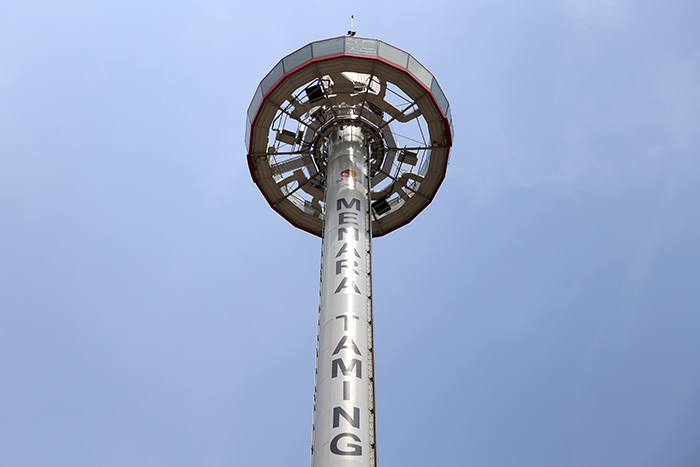 The revolving tower whose groundbreaking led to the excavation of A Famosa’s Bastion Middleburg is the Taming Sari Tower, which was halted and moved to the Bandar Hillir district following the bastion’s discovery. 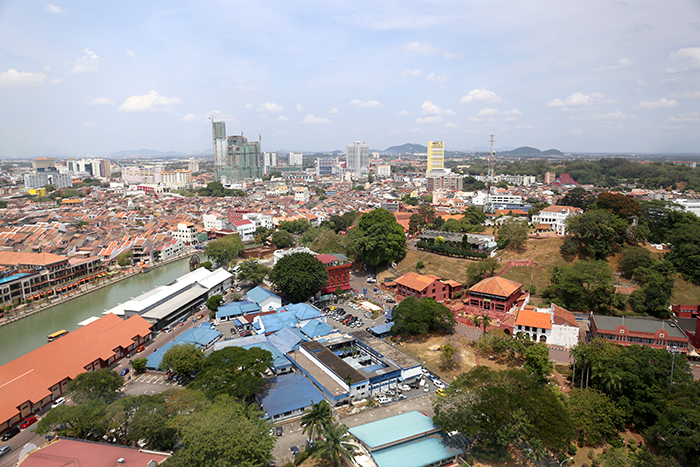 This tower is an observation deck that takes visitors a hundred meters into the air to treat them with a spectacular bird’s-eye view of the Old City of Melaka. 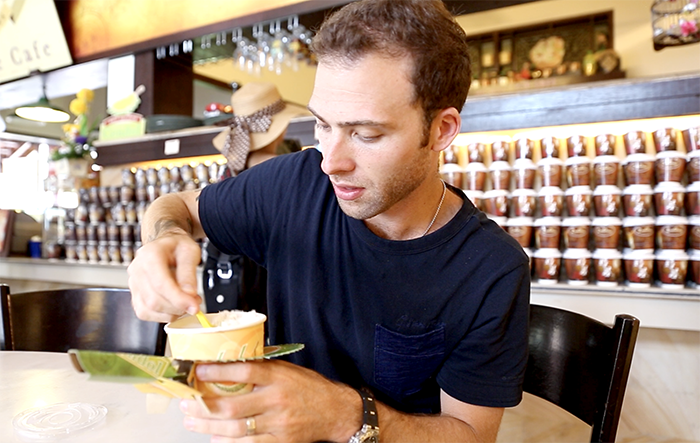 To beat the oppressive, tropical heat of Melaka, I recommend having an authentic southeast Asian food experience with a cup of durian cendol, a frozen treat that contains the meat of an infamous local fruit called durian. 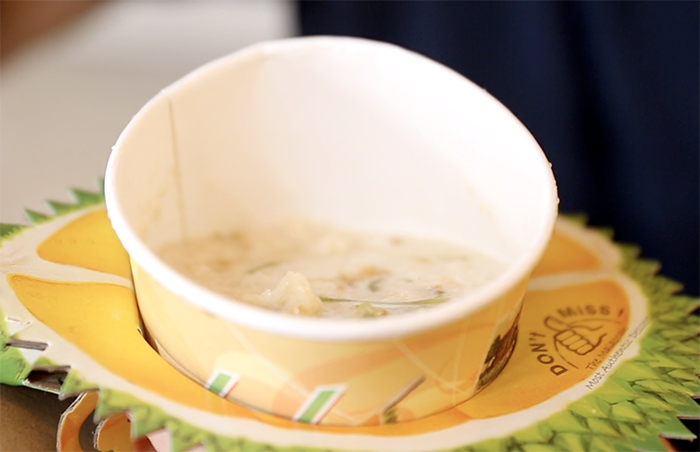 While durian is well-known worldwide for its horrific smell, it also has many fans. If you can get past the stench, you may find that it tastes quite nice, especially once the cendol is mixed together. 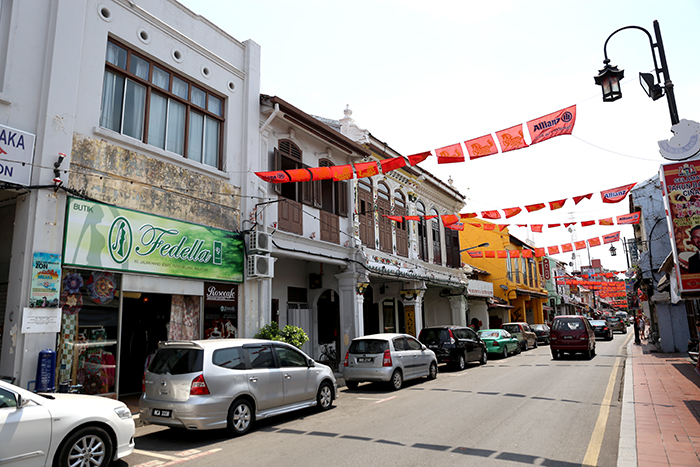 The next stop on our list of what to see and do in Melaka is Jonker Street, the city’s Chinatown. Jonker Street was once lined with antique shops, but now visitors will mostly find restaurants and souvenir shops. 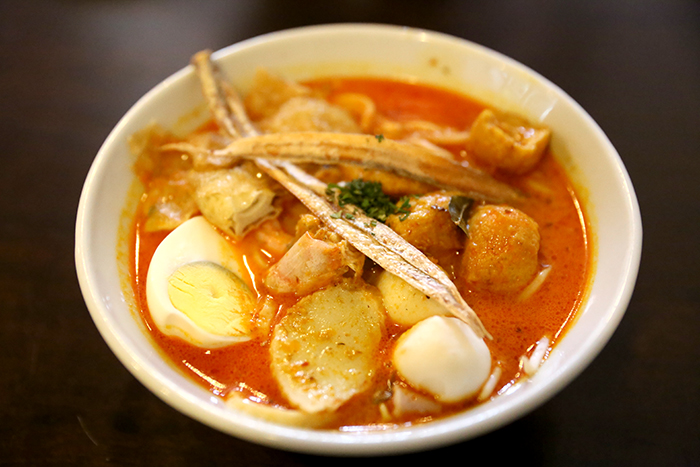 I highly recommend stopping for a quick meal of Nyonya Laksa, a spicy noodle soup that contains rice noodles, chilies, chicken, egg, shrimp, and lots of flavorful spices. It’s delicious and a must-try. 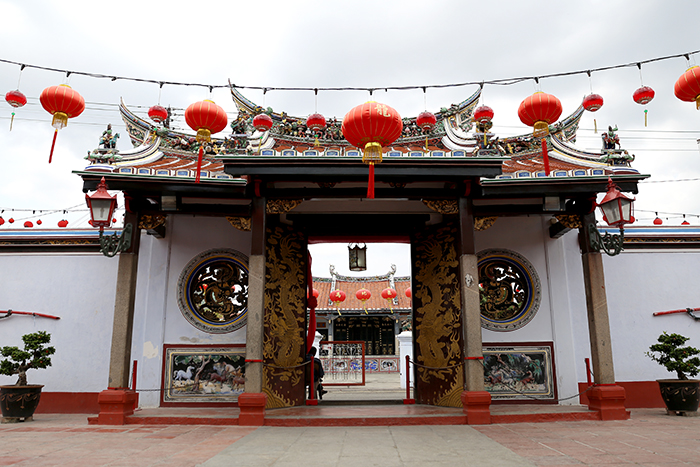 If you enjoy visiting gorgeous temples, look no further than Cheng Hoon Tenge Temple. This Chinese temple, which practices the Three Doctrinal Systems of Taoism, Confucianism, and Buddhism, is the oldest functioning temple in Malaysia. 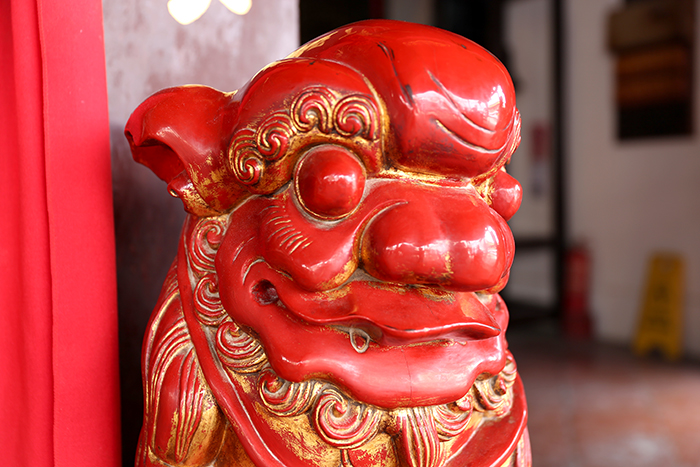 The temple, which features a plethora of ornate décor including a stunning main gate, several prayer halls, and a seven-meter red flagpole, is laid out and organized to conform to the principles of feng shui. This beautiful temple should not be missed. 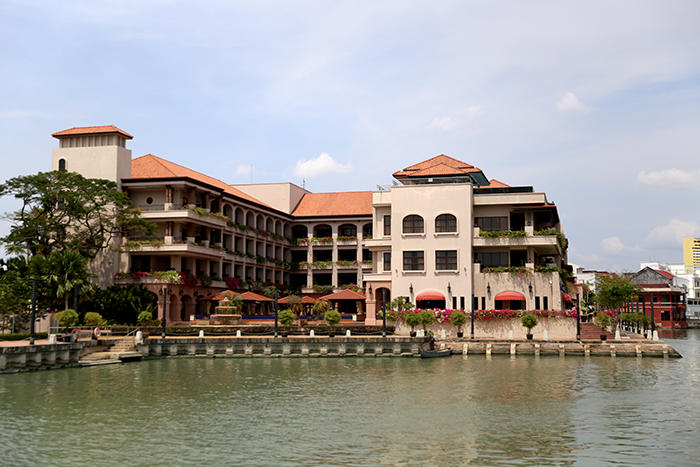 Located on the Malacca River, just minutes away from Melaka’s historic city center, is the Casa Del Rio hotel, one of the city’s newest boutique hotels. 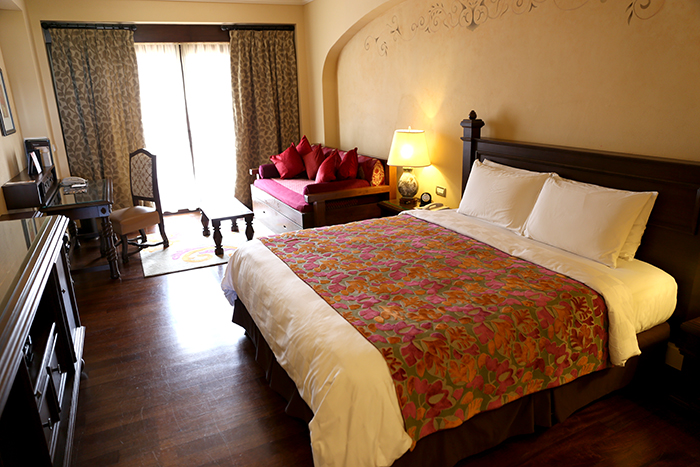 With a beautiful building and grounds, 66 rooms, a luxury spa, two restaurants, a bar, and a rooftop infinity pool, as well as personal touches to make every guest feel right at home, Casa Del Rio provides everything a visitor could possibly want and need during their stay in Melaka. 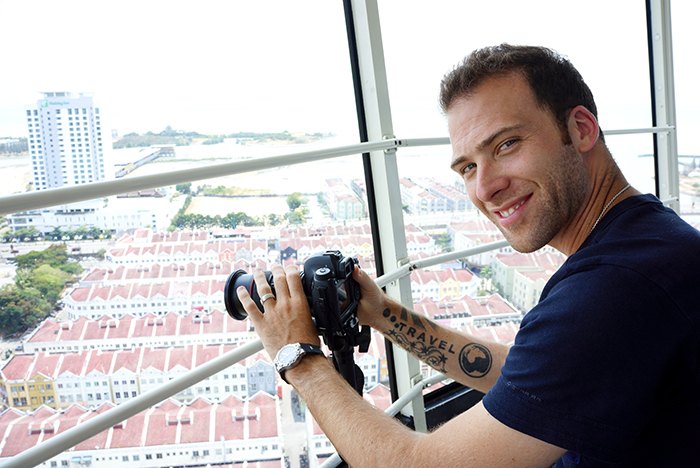 With beautiful sites and centuries-old ruins scattered around the Old City, interesting and mouthwatering culinary adventures at every turn and first-class accommodations in the heart of the city, the question of what to see and do in Melaka is easily answered: see it all! While it only takes a day to visit these fascinating sites and attractions, the memories you’ll make there will last a lifetime. Do yourself a favor and book a trip to Melaka! If you are traveling to Malaysia I highly recommend getting a sim card.