Rome is a history lover’s dream. Because of its long, storied history, there are countless things to see and do in Rome. This magical city, whose own creation is steeped in legend, served as the center of the expansive Roman Empire. 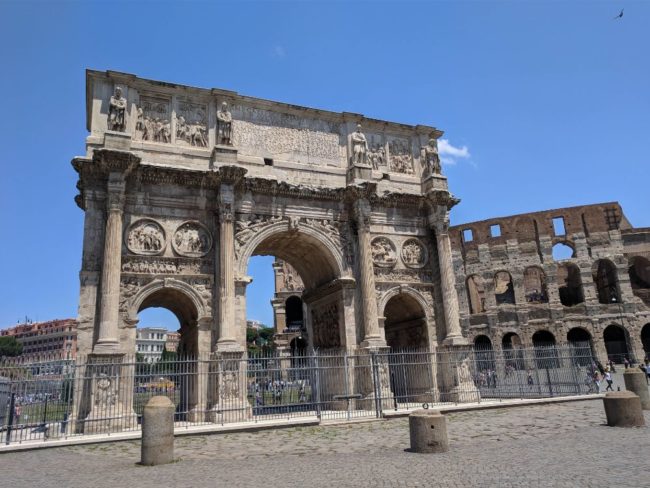 Today, Rome is essentially a living museum. Remnants of its past are visible everywhere, from its iconic Colosseum and Trevi Fountain to the beautiful artwork in The Vatican. The city also boasts a prominent cultural and food scene. These are the top 10 things to see and do in Rome, Italy.

Arguably the most iconic structure in Italy, the Colosseum is a 50,000+ seat amphitheater that was built between 70 and 80 AD. It was the site of bloody battles in which gladiators faced off against each other and wild animals. The Colosseum also hosted hunts and mock naval engagements. 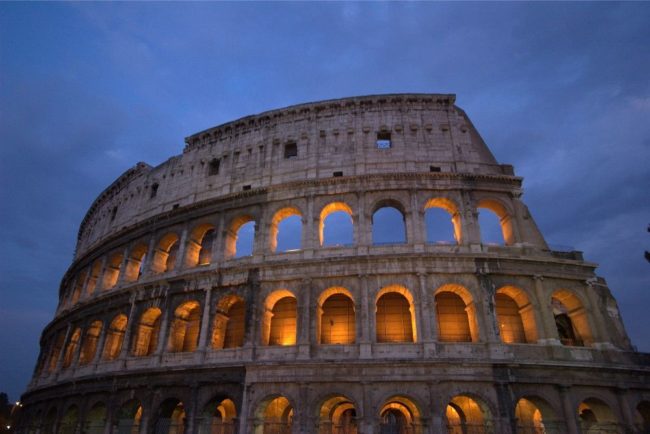 Though two-thirds of it have been destroyed, it is easily one of the most popular things to see and do in Rome. Beat the long queues by buying tickets at the nearby Forum. I also recommend hiring a tour guide if you want to learn about the amphitheater during your visit.

The Vatican Museums and Sistine Chapel

The Vatican Museums contain some of the most important religious artwork in the world, including sculptures and collections set up by various popes. Seeing the priceless artwork in Vatican City is easily one of the top things to see and do in Rome. 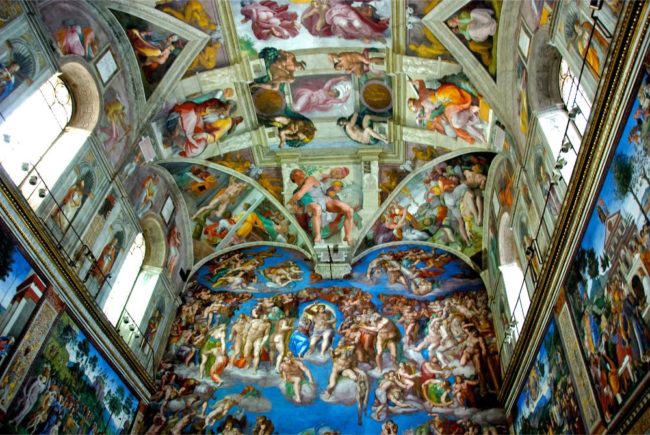 The Sistine Chapel is located in the Apostolic Palace. It’s best known for the beautiful frescoes that adorn its interior. These include The Last Judgment, a magnificent piece by Michaelangelo that can be seen on the chapel’s ceiling.

It may not get the same glory as The Vatican or the Colosseum, but The Roman Forum is one of the most important things to see and do in Rome. These spectacular ruins consist of some of Ancient Rome’s most essential public and political structures. 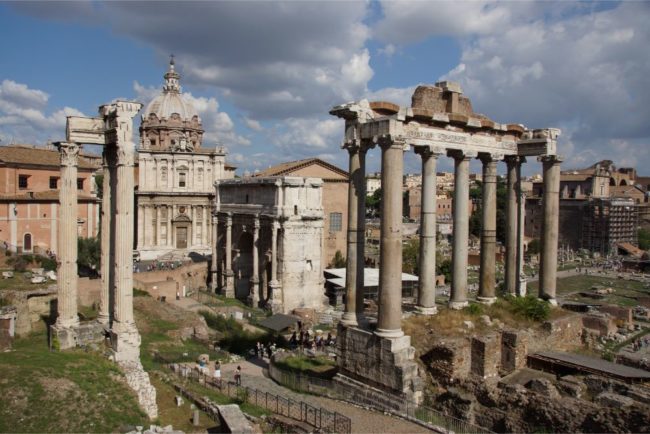 Even in ruins, the former grandeur of the Forum’s Arch of Septimius Severus is apparent. Visitors can also visit the Arch of Titus, the House of Vestal Virgins, and the Temple of Saturn. I recommend hiring a local guide so you get the most out of this incredible place!

One of the best things to see and do in Rome is to head out to Campo De’ Fiori. This neighborhood boasts a bustling, daily market featuring fresh local produce. The square is also lined with numerous restaurants, cafés, gelaterias, and pizzerias.

My favorite pizzeria there is Forno Campo De’ Fiori, whose expert bakers preserve artisanal traditions by using only the best ingredients. Their delicate pizza bianca is one of the best pizzas in Rome!

Check out A Travel Guide to Rome

Castel Sant’Angelo is an ancient fort, castle, former papal residence, and prison in Parco Adriano. The towering, circular building was once Rome’s tallest building. It was originally supposed to be the mausoleum for Emperor Hadrian and his family. 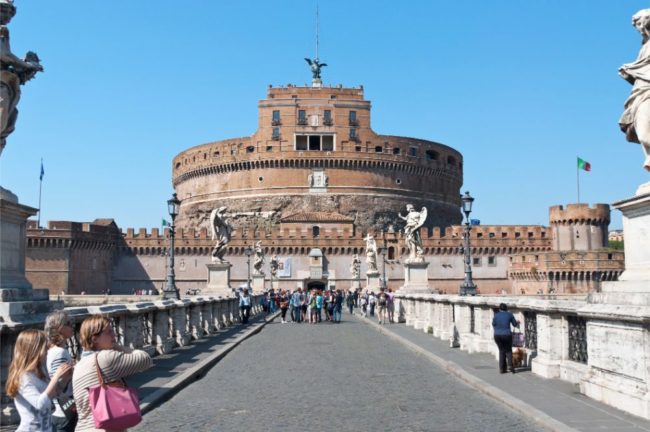 Today, Castel Sant’Angelo is a museum that is one of the top things to see and do in Rome. Visitors can learn about the history of the structure inside. The castle is also connected to St. Peter’s Basilica via a passageway called Passetto di Borgo.

As the center of Roman Catholicism, St. Peter’s Basilica is one of the most important religious buildings in the world. Attend a daily mass or climb to the top of the dome to get unparalleled views of Rome. This view is one of the best things to see and do in Rome! 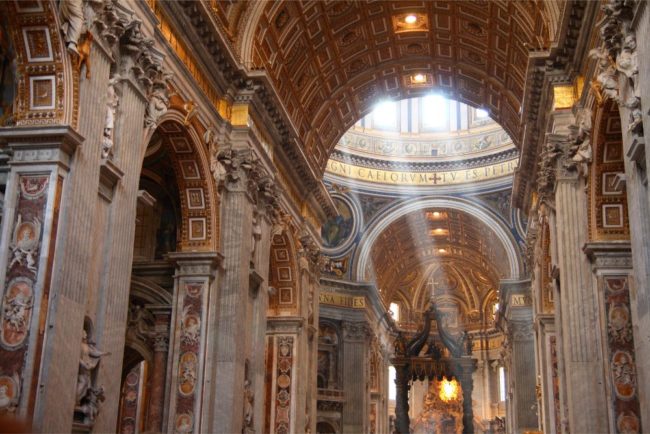 The pope appears on Wednesday mornings during the General Audience, and again at noon on Sundays. Hire a tour guide to learn more about this incredible building and its history!

Check out our Guide to Rome’s Testaccio Neighborhood

One of its best preserved ancient buildings is the Pantheon. Built in 118 AD in the center of Rome, it’s known for its large, rectangular porch and imposing columns. 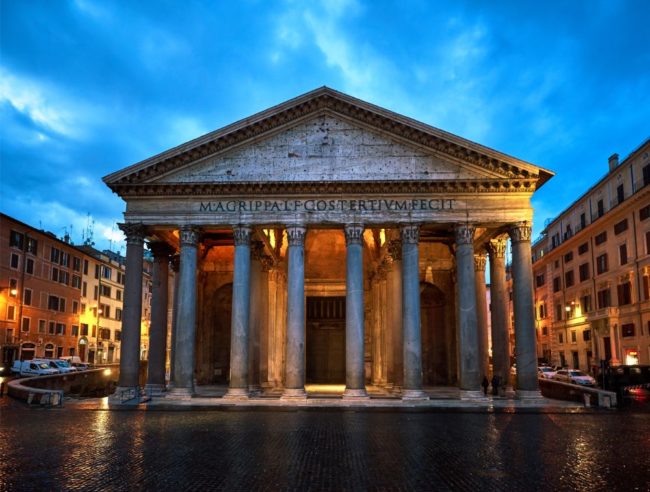 This Roman-temple-turned-church’s interior also features the world’s largest non-reinforced concrete dome. The coffer in its center lets light inside the dome and is one of the best things to see and do in Rome!

No trip to Rome is complete without a visit to the Trevi Fountain. This beautifully-carved Baroque fountain depicts the Roman god Oceanus surrounded by his Tritons. Construction on the 86-foot-high fountain began in 1732 and finished in 1762. 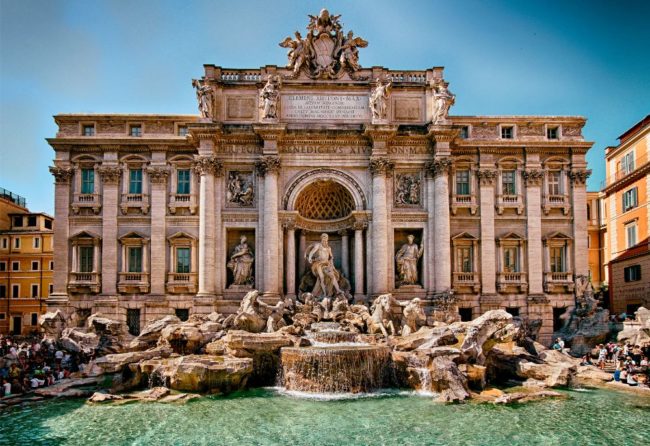 Throwing a coin into the fountain over your left shoulder with your right hand is said to ensure that you’ll return to Rome someday. Even if you don’t believe the lore, Trevi Fountain is one of the most beautiful things to see and do in Rome. Visit early so you miss the crowds!

Check out our Guide to Traveling to Italy With a Baby

Tourists looking for gelato should head over to Gelarmony, an ice cream parlor that has been open since 1996. Everything there comes from Sicily and is free of preservatives and colorings! 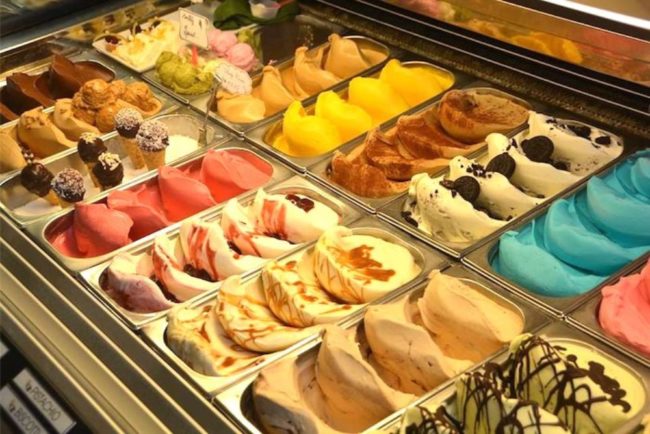 Trying their gelato is one of the best things to see and do in Rome, but I also suggest trying their other Sicilian treats. Gelarmony’s brioche, cassate, slushed ice drinks, and cannoli are all excellent options. You can really tell that they’re made with lots of love and care!

Linking Piazza di Spagna and Piazza Trinita dei Monti is another of the top things to see and do in Rome, the Spanish Steps. These are the steps the 19th-century writers Balzac and Byron walked in order to find inspiration for their work! 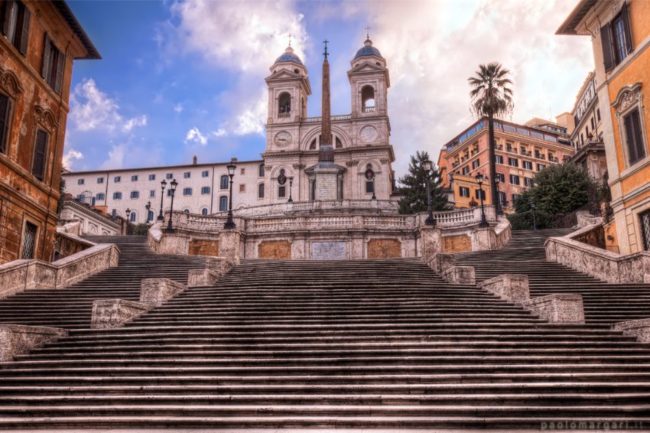 There are 135 stairs flanked by stone walls. At the very top of the stairs is a beautiful carved obelisk with a crucifix on top. The view from the top is spectacular, especially in the spring when the flowers in the area bloom!

Check out the Top 10 Things to See and Do in Milan, Italy

With a history as impressive and as enduring as its beauty, it’s no wonder Rome is nicknamed The Eternal City. Book a trip to Rome today to experience its magic for yourself! 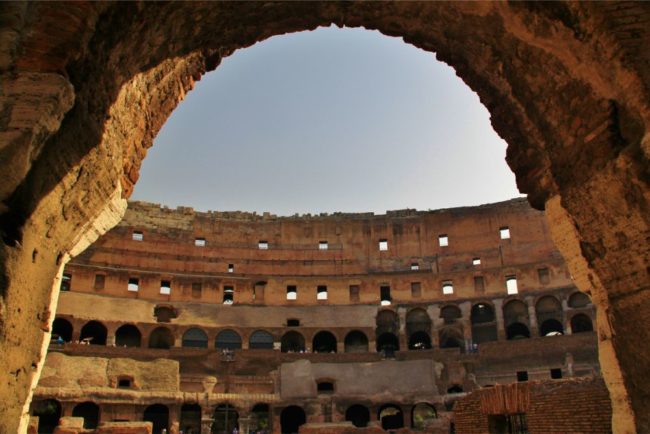