In this edition of Celebrity Travel Addicts, we are honored to speak with actor, filmmaker, and TV host Adam Mastrelli, best known as the host of the new hit Smithsonian Channel series Secrets Unlocked, which airs Mondays at 8 p.m. Eastern/Pacific. Adam’s career and personal love of exploring have taken him to some of the farthest reaches of our planet. We chatted with him about the ancient mysteries he dives into on Secrets Unlocked, how travel changes him, his favorite destinations around the globe, and much more. Find out which bit of information he learned while filming Secrets Unlocked struck him the most and find out where he’s off to next!

I was very fortunate that my parents valued experiences over stuff. At a very young age, I can remember summer being travel time.  In Sweden for my father’s job, playing soccer in Germany & Austria and living with a family, that I still keep in touch with today, in Italy. My real curiosity for exploration was brought to life in high school English class though with an incredible teacher. We read ‘The Sun Also Rises’ by Hemmingway and the passion with which my teacher embued the writing, the scenes of the running with the bulls, the wine, it just all felt so real. Since then, travel has always been the place and time where I can find and create that type of intensity of experience. 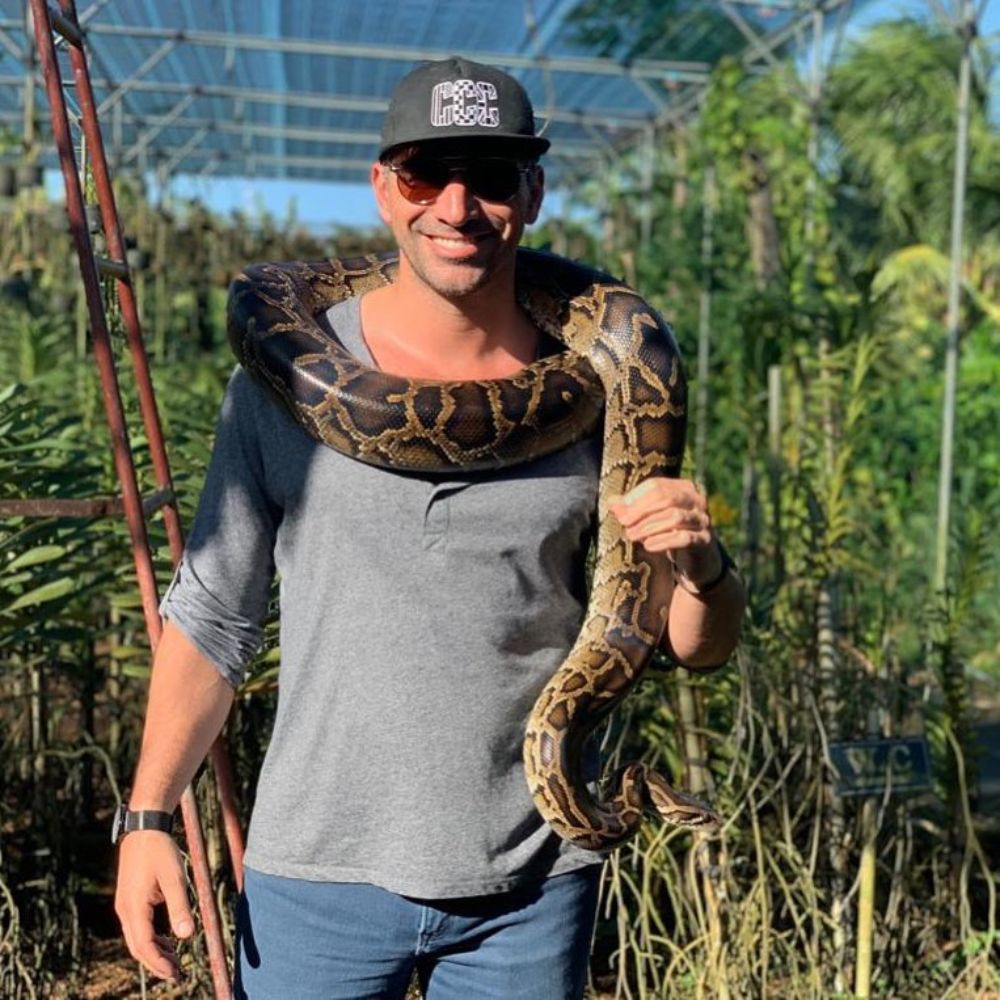 Adam Mastrelli of Secrets Unlocked with a massive snake in Vietnam

What does travel mean to you? Why do you feel it’s important?

I’m different after I travel. I change. Travel has this incredible ability to make me see myself and the world around me in a new way. And the trip could have been very difficult, not super enjoyable, but that’s not even the point. My brain takes on new patterns when I’m out of a routine and that to me is the most important part. I’ve absolutely had trips where I didn’t feel like I was having fun in the moment, but when I see a photo of the trip and tell the story, I light up and my memory is enjoyable. Travel means just showing up. Whether you go out and explore or sit inside with a friend. The importance for me is just that.

You host a new show on the Smithsonian Channel called Secrets Unlocked. Can you please tell us a bit about it?

Hosting this show is a childhood dream in many ways. Call it growing up with Indiana Jones, but the idea that there are objects, archaeological sites, dead languages, codes, that can give us a glimpse into the ancient world, that has always felt like an epic journey I wanted to be a part of. And that’s what “Secrets Unlocked” is. We know that our world holds remarkable relics that are full of secrets and that discovering the truth behind them could change history as we know it.  So each episode, I connect with leading archaeologists, anthropologists, and other specialists that are using modern technologies to solve some of history’s oldest riddles—was there a historical Garden of Eden? Did the Ark of the Covenant really exist? We decipher age-old documents, explore ancient tombs, and examine religious icons from all around the world to discover the truth. 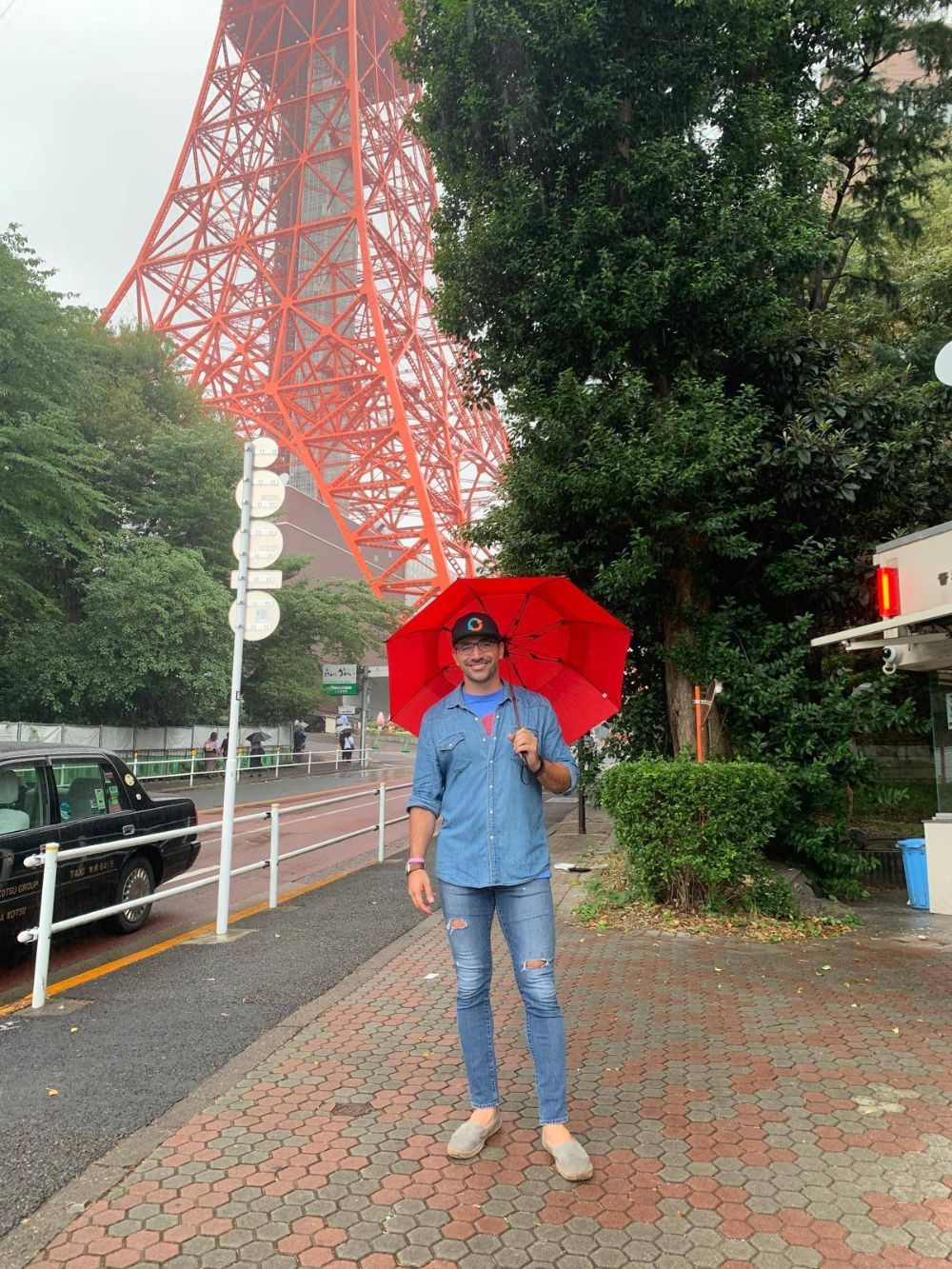 On Secrets Unlocked, you take deep dives and uncover new information about fabled and mysterious ancient topics like the Tower of Babel, the Ark of the Covenant, and even rituals like head-shrinking. Of all the new things you learned while filming the first season, which nugget of information struck you the most?

Great question. So many nuggets, so many ancient secrets that were discovered during deep dives, but the one that stands out to me was that the Vikings didn’t use maps. I mean they didn’t even have a compass. I can’t even make it 30 minutes in a car without using a GPS, yet they were sailing massive distances without maps? I mean it makes total sense though right. They were an incredible seafaring people that used the sun and stars to position their voyages with pinpoint accuracy. I get it, but it is still mindblowing. I mean to do that type of math, by the stars/sun, amazing.

What sparked your interest in ancient mysteries? Why is learning about them important?

This was probably also due to travel. I remember visiting the Acropolis, the oracle at Delphi, and even the first Olympic stadium as a kid. Imagining those civilizations and stories is one thing, but then seeing the relics and ruins up close, is quite another. Or even beyond Greece, my family is from Sicily and Ireland and seeing the Valley of the Temples in Agrigento or Newgrange in County Meath, I’m never not amazed by what we do and don’t know about these ancient people and what they left behind. I think it’s the best place to look to understand who we are as a species, our moment in time, our legacy. What will we leave behind? What will future civilizations say about us? Keeps things in perspective. 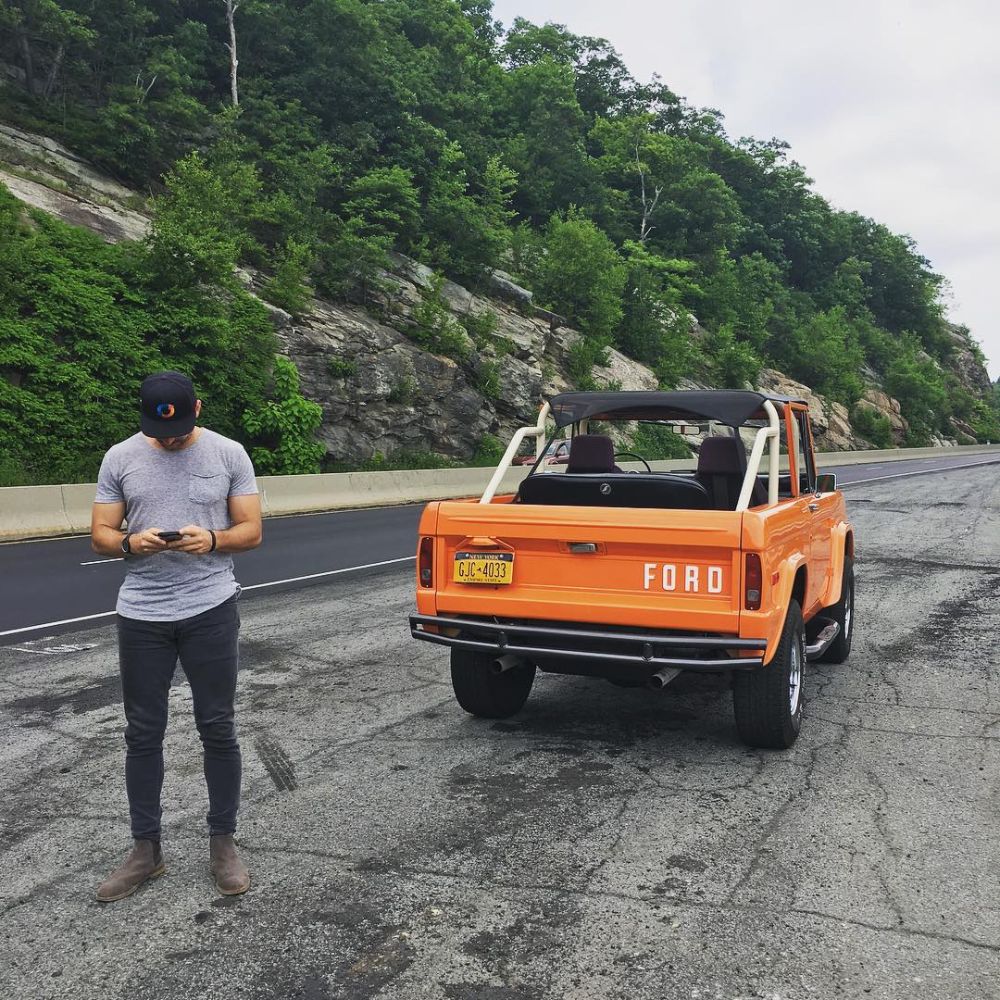 How many days/weeks do you travel in any given year? What types of places do you like to visit?

I usually travel about 15-20 weeks a year. As long as there is fast wifi, I can thankfully do my day job from just about anywhere – so usually I travel to all different types of cities – both developing and developed. I like to be connected and to really “try on” living like a local – from learning the language, to eating the food, talk to the locals, etc. Having said that, each year I make a point to spend 2-3 weeks somewhere I’ve never been, and often these tend to be more experiential trips that are off the beaten path.

I want audiences to get curious. During an episode look up one thing on the internet and just head down that rabbit hole. Make a game of it, enjoy it. Challenge yourself and your own beliefs. And then here’s the best part. Share it with others.  Curiosity is only real when shared. Nobody has the same version of history. 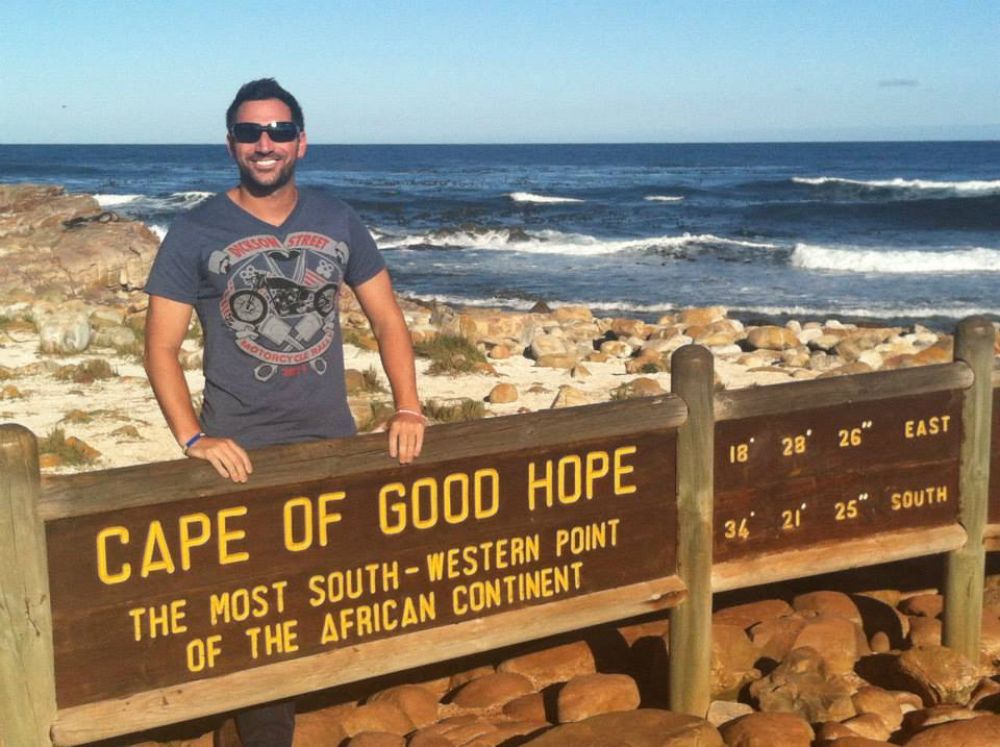 Give us your ‘Top 5’ list for one of your top 3 destinations. Like a mini-guide or a to-do list of sorts. It can be anything from your favorite hotel, the best place to have lunch, the best sightseeing, etc.

Here’s my Milan Top 5. I’m looking forward to going back and hugging family and friends again hopefully in the not too distant future. 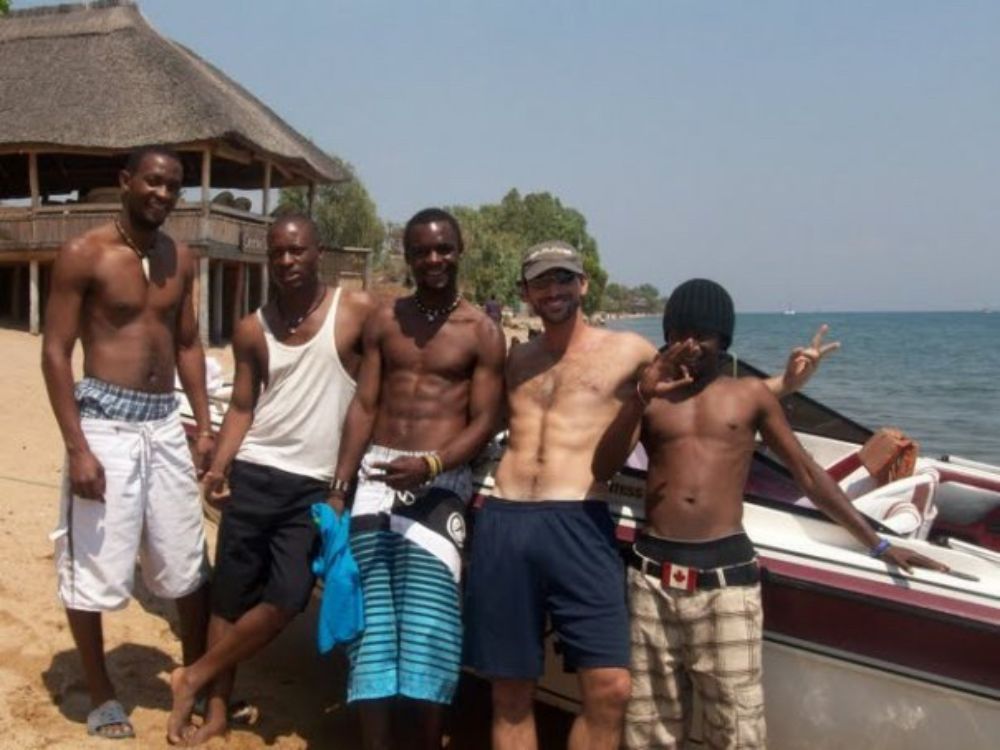 Adam Mastrelli of Secrets Unlocked hanging out with friends in Malawi

A slight confession here, I’m not much of a foodie. I’m more of a condiment aficionado? So my top 3 favorites are:

What is your favorite restaurant in the world? What dish do you recommend there?

Ermilio’s in Eureka Springs, Arkansas. Have the mussels, order extra bread and just enjoy the nectar of the gods as a dipping sauce! 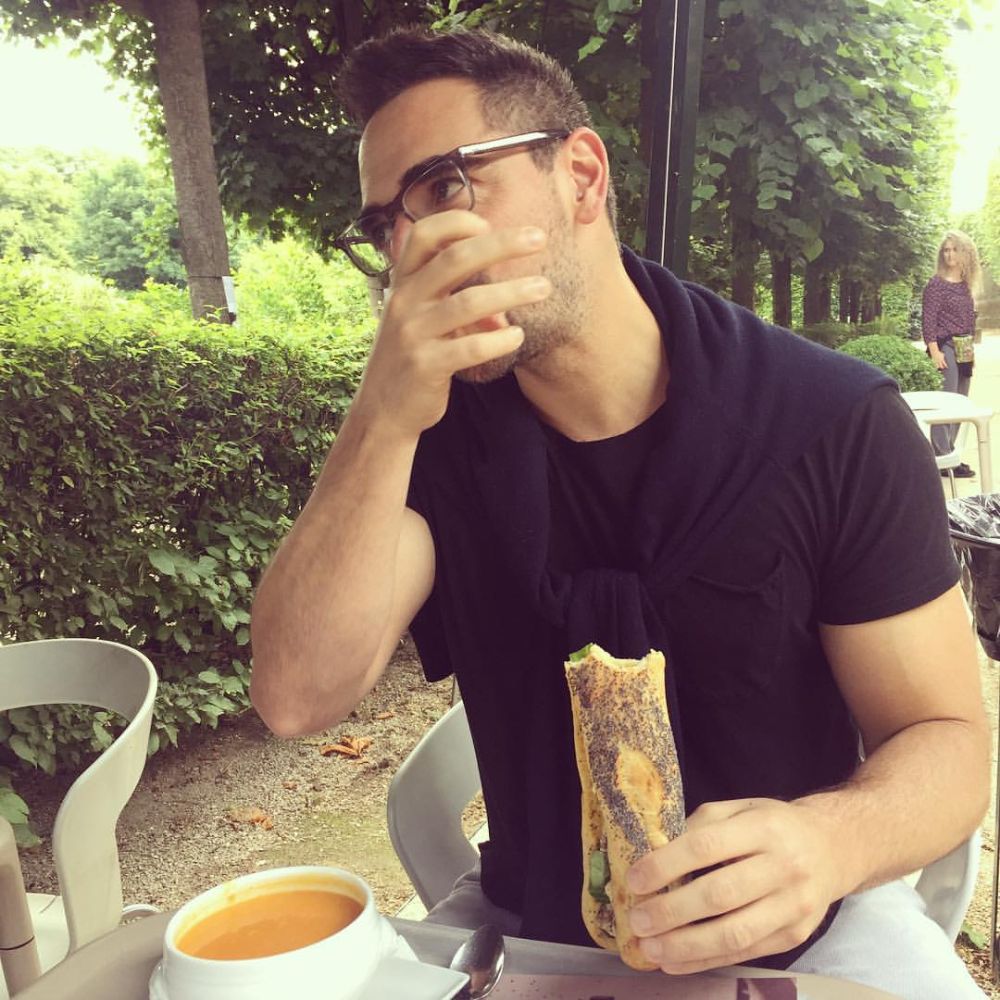 What is your favorite travel movie?

Whichever has the fastest lines for TSA, good wifi, and a lounge where I can find a seat.

Lilongwe & Salima, Malawi. I spent several months there and Malawi really has my heart. The people are so kind. Amidst very difficult circumstances, they continue to find joy and be very welcoming. 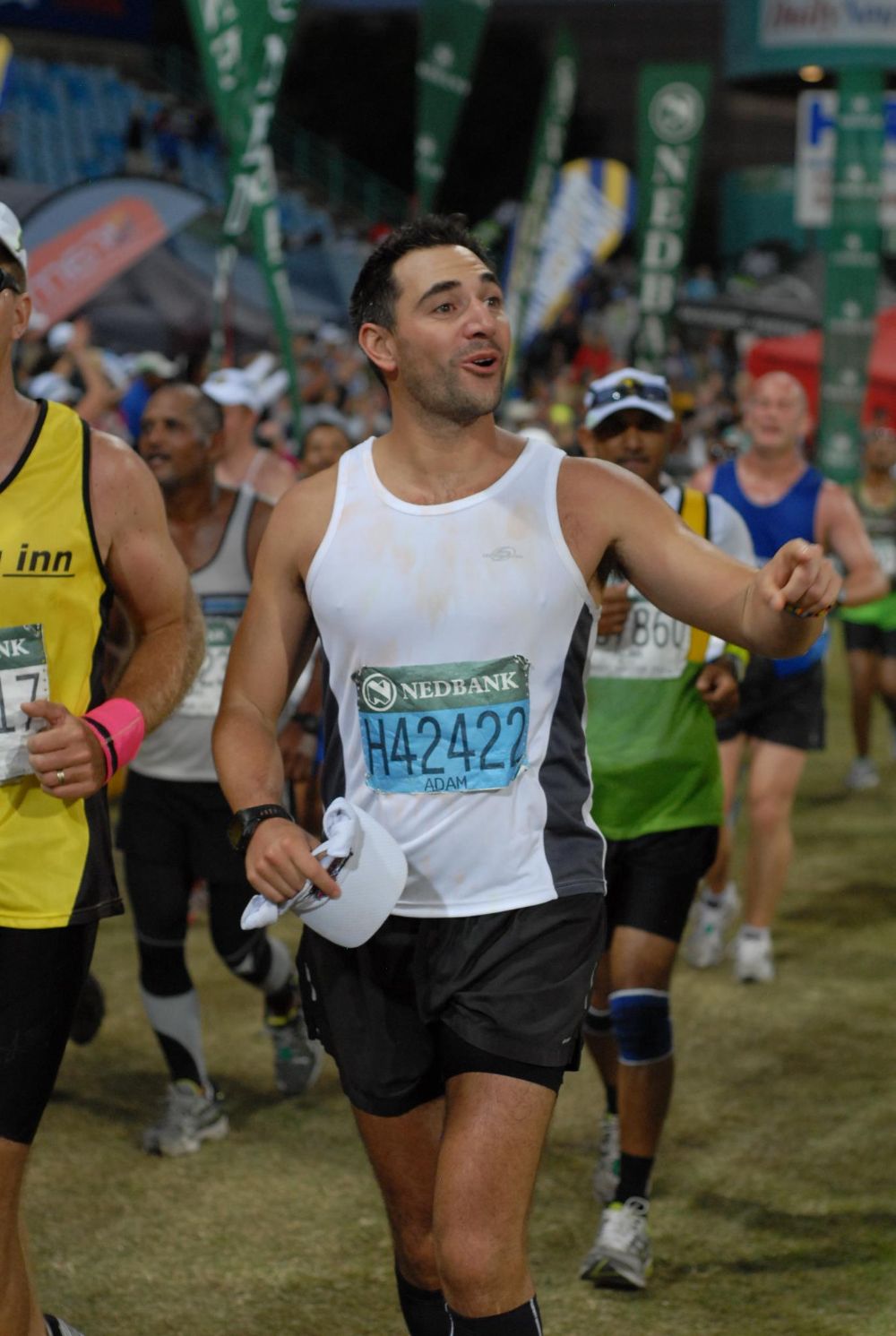 Who is your favorite travel companion?

My sister, hands down. She was a magazine editor covering hotels and restaurants for many years. She knows her wine and food, so I literally never look at a menu when she’s around. It’s like having my own personal cultural attache with me at all times. Plus, we have a stash of movie references that can make any travel nightmare laughable. Even when “I’m in a glass case of emotion.”

If in a foreign country with a language barrier and you’re attempting to learn, I find a good way to kill time is to watch videos/shows with subtitles of the language you’re learning in them. It keeps your brain active but also you can zone out because you’re watching Friends. 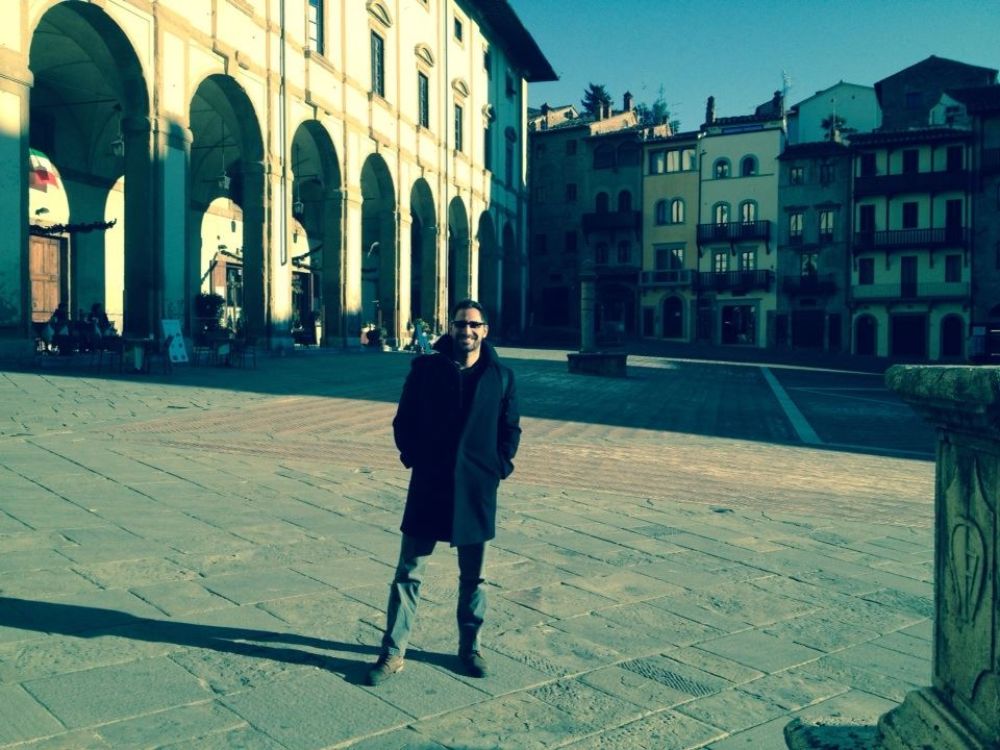 I don’t know if exotic is the right word, but I would say the time I’ve spent working in Africa – Malawi, Johannesburg, Cape Town, and Durban.  Lekker ma bru.

Don’t forget that traveling doesn’t necessarily mean far away. Some of the best exploration days I’ve had have been solo days in NYC. The Cloisters, a new area of Brooklyn, jumping on a Ferry with friends. I’d say it’s pretty simple. Stay quiet, listen to where you want to go, and go there. 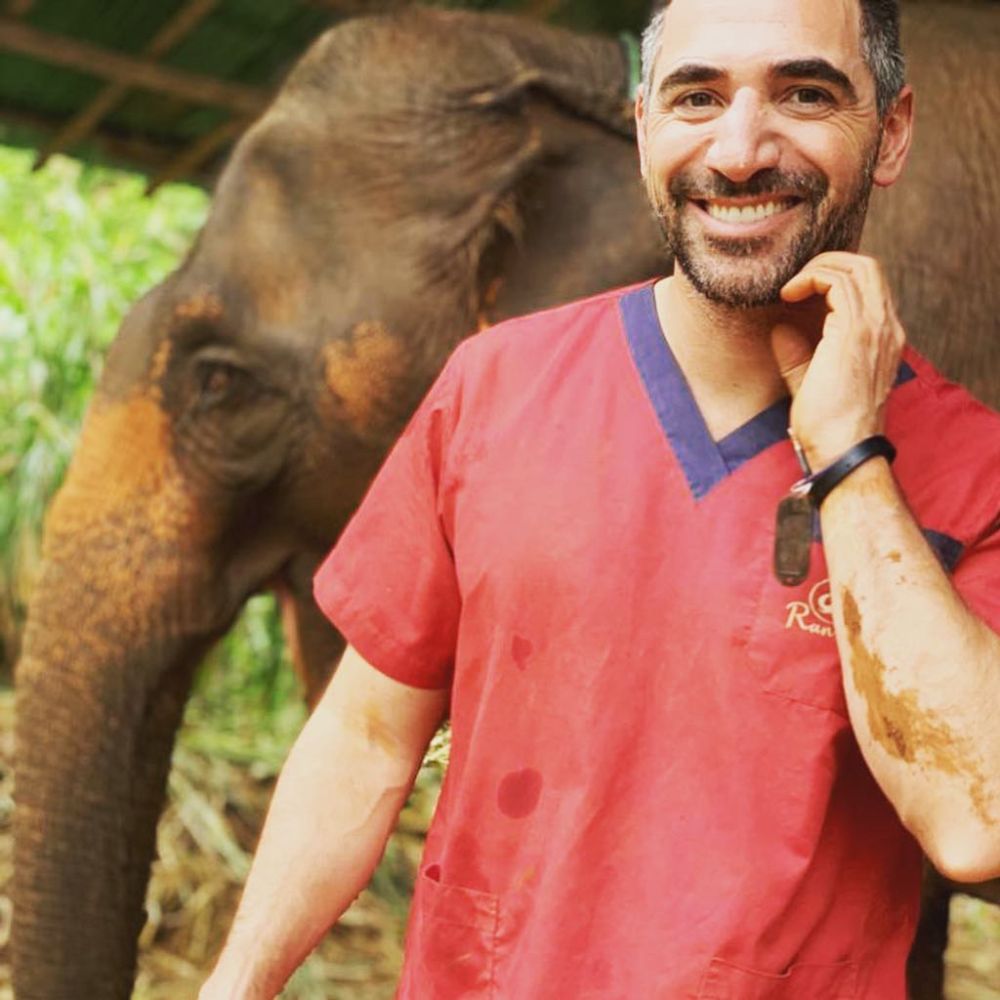 What are 4 things you could never travel without?

What is your ultimate dream destination? 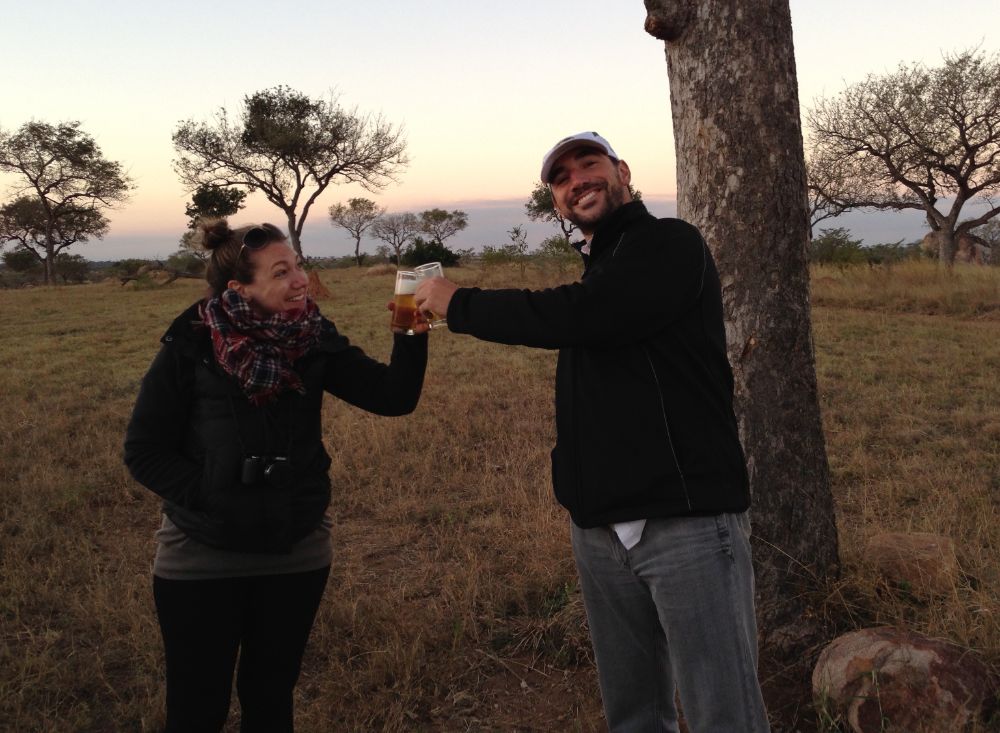 Not about travel, but I saw this Yeats quote on a wall in Dublin that has stuck with me:

“Do not wait to strike till the iron is hot, but make it hot by striking” – WB Yeats

Right now with COVID-19 travel restrictions obviously travel is limited. Perhaps it’s all the being inside, but I think my next destinations will be out west – Colorado, Pacific Northwest – craving some wide-open spaces and a lot of nature! 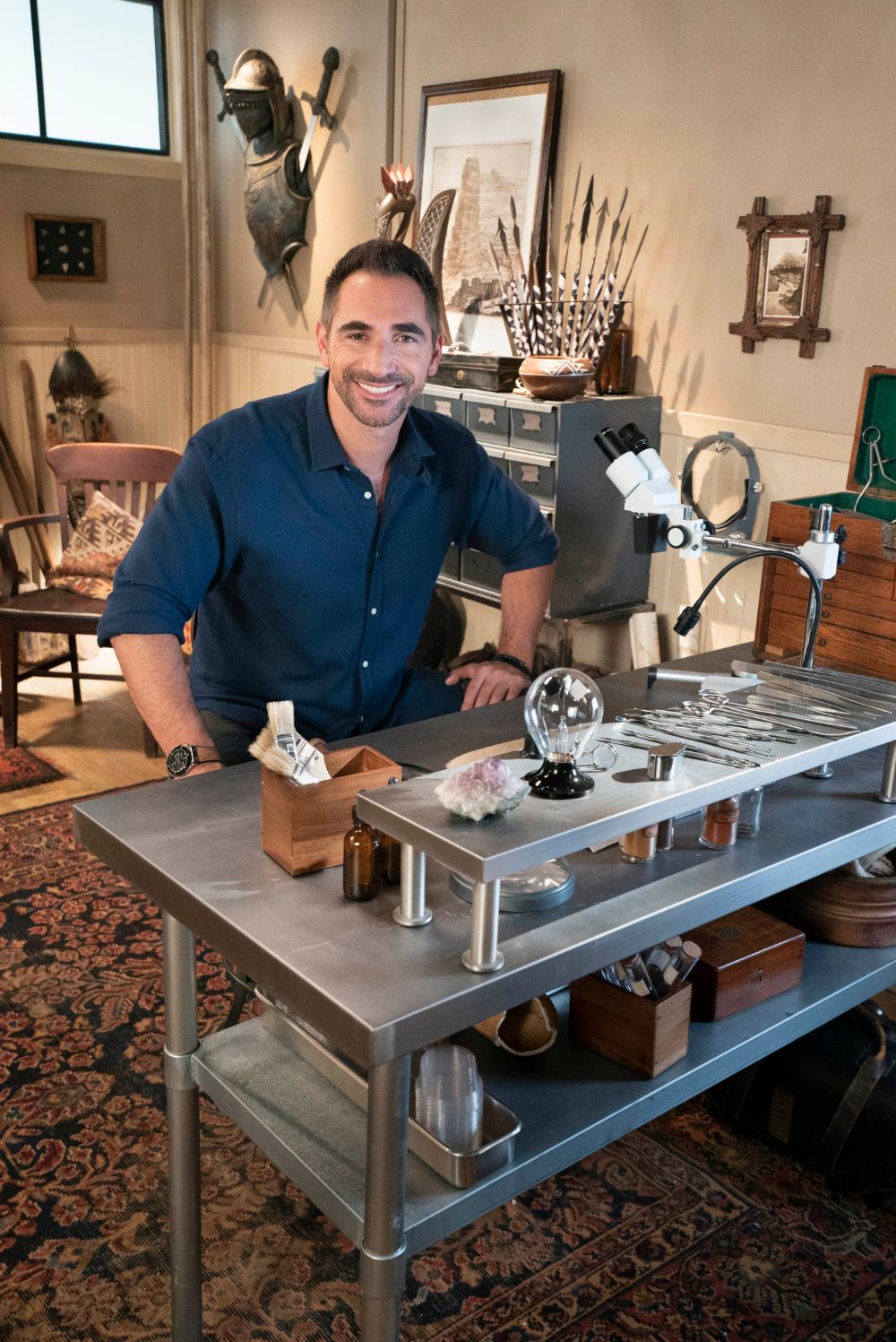 Adam Mastrelli is passionate about decoding the mysteries of the ancient world through modern science, investigation, and storytelling. At a young age, films like Time Bandits brought a sense of imagination to ancient history, and the possibilities of bringing the past and future together. His lifelong ethos of cultural curiosity and discovery weaves together a varied background that includes global endeavors as a soccer player, on screen and stage as a professional actor, working behind-the-camera on the documentary film Dakota 38, and consulting on public health initiatives in Malawi and Gandhi Ashram.

Adam received his Bachelors in Sociology from Duke University and an MBA in Emerging Markets Finance from the University of Florida. While listening to the past, he makes time to adventure into the future: in addition to hosting Secrets Unlocked on the Smithsonian Channel, he also works for IBM, specializing in strategy and business development for emerging technologies like blockchain, quantum, and AI.

You can connect with Adam on Twitter, Instagram, and Facebook. Don’t forget, you can also catch Adam in new episodes of Secrets Unlocked every Monday night at 8 p.m. Eastern/7 p.m. Central on the Smithsonian Channel. You can also watch clips of the show here!