My guide Margarita from Tours by Locals and I started our final adventure together at the Motherland Monument, one of the most epic landmarks in all of Kyiv. It’s one of the tallest statues in the world and is part of the Museum of the History of Ukraine in the Second World War. 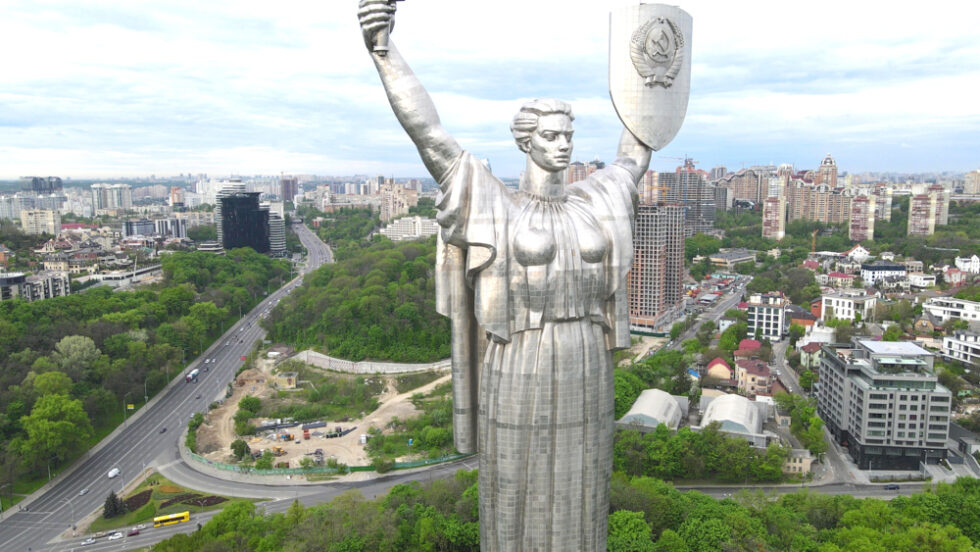 It was built back during the Soviet era. To get there you have to pass under the Bridge of Fame. Underneath is a representation of Soviet pride and courage, with lots of statues and carvings of soldiers and civilians. On the other side of the tunnel beneath the bridge is the monument itself, which is made of stainless steel and downright massive! It’s one of the most stable statues in the world and has an observation deck at the very top. 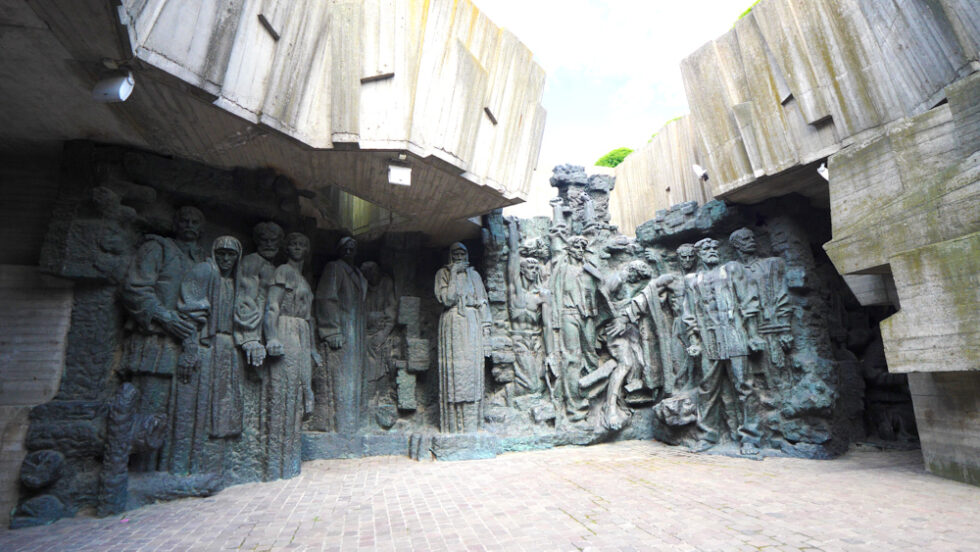 In front of it are three tanks and a small park featuring the Ukrainian flag. There’s a mini-museum with tanks, planes, amphibious “ducks”, cannons, and other vehicles used in World War II and other wars. Then, we came across a group of women in traditional dress who sang us a song in the middle of the street! They’re a band of singers, and the oldest is 86 years old!

Next, we hopped in the car and drove back through the city on our way to find a Kyiv Hot Dog at Kyivska Perepichka. It’s like a hot dog inside some golden fried bread. It looks like a corn dog. It cost 25 hryvnia, or just under $1, and is super oily! I decided to eat it on the street. It looks like a pastel or an empanada! The fried dough is really nice and the hot dog is super tasty. 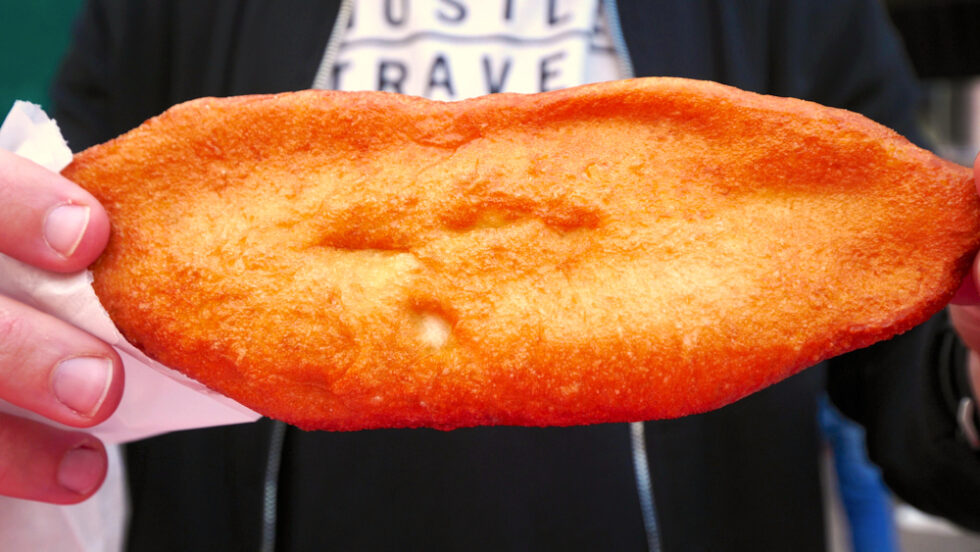 We asked for some mustard because I always need mustard with my hot dogs. The mustard was spicy and super tasty! It was really filling, too. 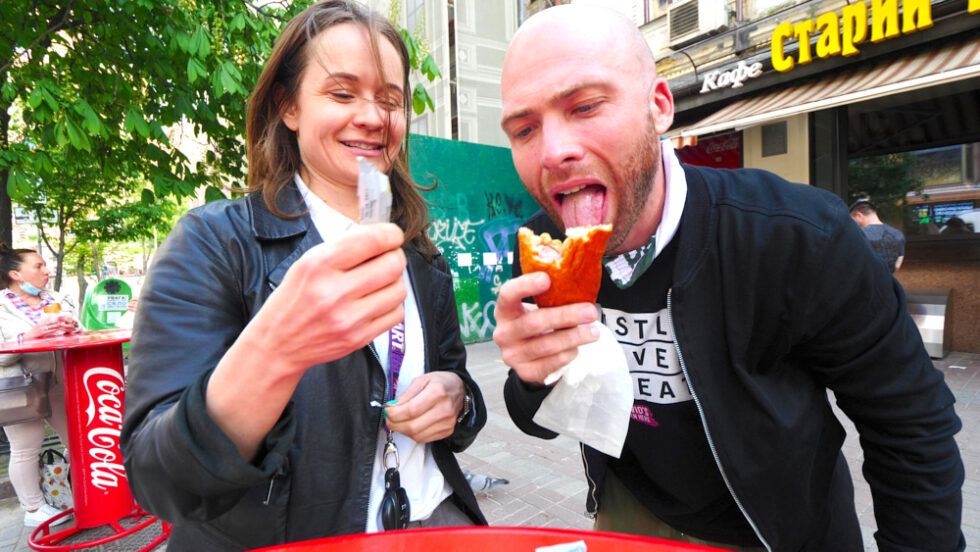 Next, we headed to the biggest brewery in Ukraine, Varvar. It’s located along the left bank of the Dnieper River. Along the way, I got a Ukraine soccer jersey. We drove past lots of Soviet-style buildings containing typical project-style housing before arriving at the brewery. There, Sasha, one of the brewers, took us inside. We put on some protective gear to see their two-barrel system. They produce 7-8 tons of beer per day and make dozens of beers! 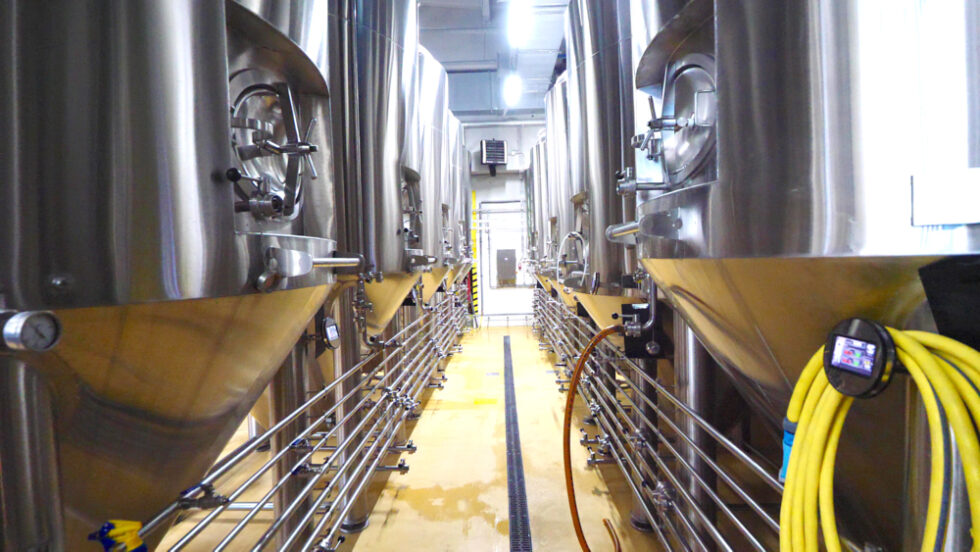 They get their own water from underground. Further on are the fermentation tanks that come in different sizes: 4 tons, 6 tons, and 2 tons. The smaller ones might be used for small, seasonal batches. Then, we saw the distribution, canning, and bottling system, and the storage area!

They also have tons of kegs, cans, and bottles in their huge refrigerator. Then, we checked out their experimental brewery, which is where everything started for them. Next, it was time to try some beef from a fermentation tank! Their Blanche Witbier was light and creamy, while their dry stout was dark and chocolatey but not too heavy. Their Imperial Stout was very strong and 11% alcohol. I loved it! 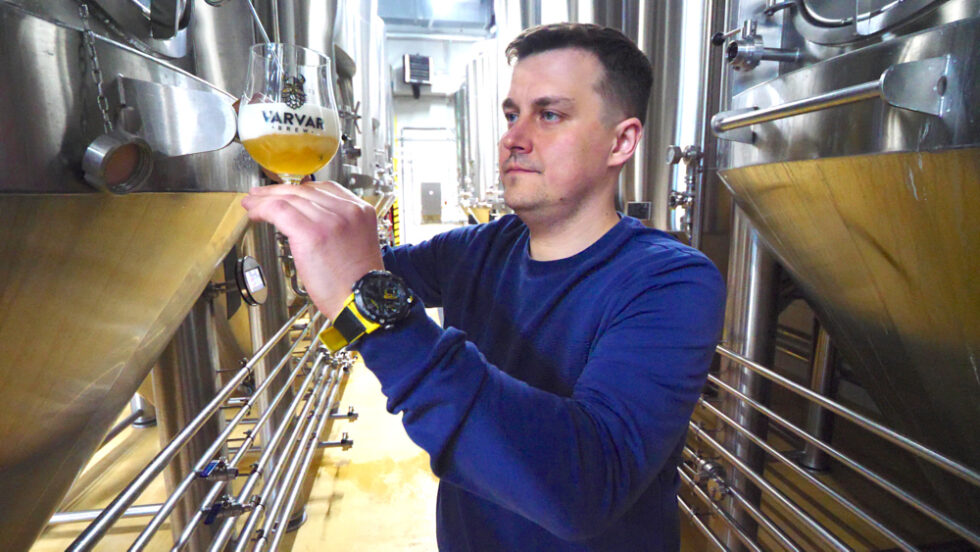 Next door is their bar, Lisopylka House Craft Beer. It’s an amazing, outdoor bar with a fire pit and a covered section. There, I had an Oriental Ale, a Double IPA, and a Strong Ale, along with some pork ribs and fries. The Oriental Ale was very unique and floral, while the Double IPA was thick and not very hoppy. The Strong Ale was very strong. 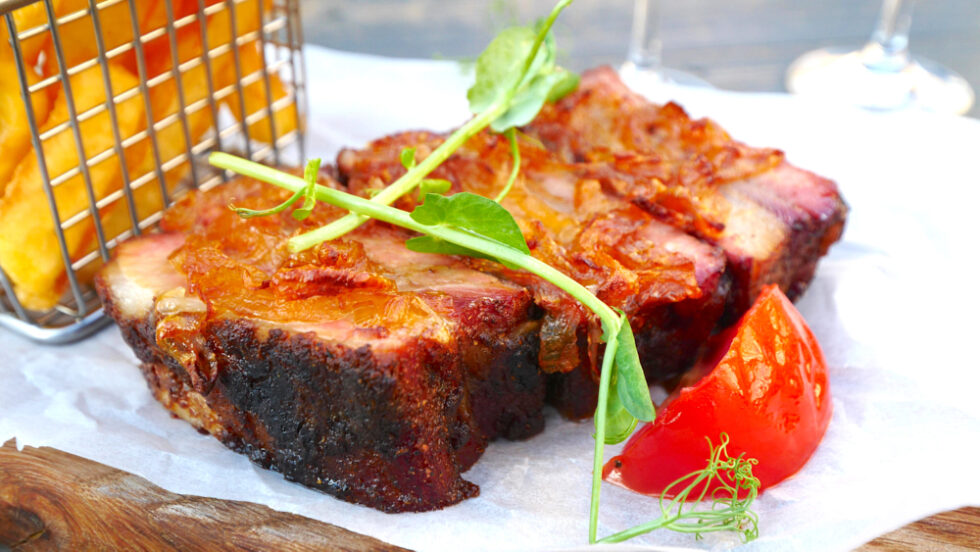 We also had some chicken wings. The ribs were so tender, fatty, and smoky with sweet caramelized onions on top. They’re some of my favorite pork ribs ever! The chicken wings had a sweet and spicy sauce on them. This was basically elevated bar food and was delicious!

I hope you liked coming with me on my Ukrainian street food tour in Kyiv, Ukraine! If you did, please give this video a thumbs up and leave a comment below. Also, please subscribe to my YouTube channel and click the notification bell so you don’t miss any of my travel/food adventures around the world!