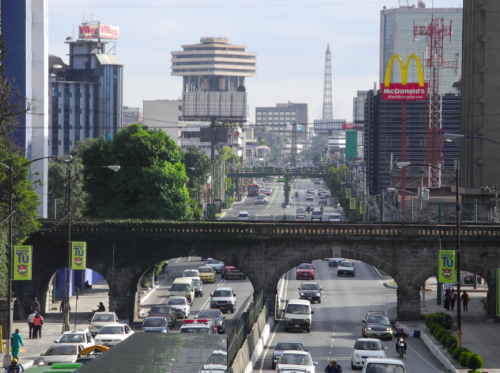 Before arriving in Guatemala I had heard from loads of people that the country is dangerous, especially now with the Mayan doomsday prediction and the influx of tourists. Last October I contacted INGUAT, the Guatemalan tourism board, and told them I was very interested in arranging a press trip. I never asked myself “Is Guatemala dangerous?”

I was more than excited, but my feelings of happiness soon turned into, “what have I gotten myself into?” I had read about terrible run-ins with gang members from adventure-driven backpackers, so naturally I was apprehensive about my upcoming trip. My family also didn’t help to qualm my concerns- they were also pretty upset I had decided to do the trip despite potential dangers.

Soon after I arranged Guatemala, the El Salvadorian tourism board also invited me to their country. I thought it would be best to kill two birds with one stone (no pun intended) while I was in Central America. I took the leap of faith a couple weeks ago and flew from Miami to Guatemala City. After landing, I quickly realized that everything I heard and ruminated about for weeks was completely wrong.

Guatemala city, like any city, has its tough neighborhoods and dangerous streets. But after seeing much of it, I can tell you with complete certainty that it is safe and a wonderfully historical place to visit. Considerations do have to be taken- don’t walk around at night alone and always listen to your gut (and your guide or driver if you have one.) 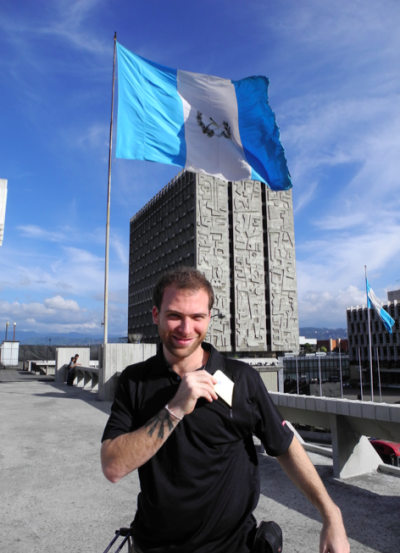 Like traveling to any city with a bad-rap, worrying is almost inevitable. But being smart and aware of your surroundings is half the battle in staying safe and making sure your trip is one you’ll never forget. My main concern was my equipment. I travel with several expensive cameras that I didn’t want to get stolen. So, I nixed my usual belt clips  and threw on a backpack to conceal my things instead. It worked out perfectly and I had zero uninvited attention to my cameras.

Everything I had worried about was so far from the truth. The people are friendly and warm. The streets are buzzing with average folks on their daily errands. Like any other city on the planet, Guatemala City has its highs and lows. Play it smart, don’t flash your watch, camera or any other expensive item you’re traveling with, and most importantly be polite. One thing in life that I have learned is that if you don’t take risks, you’ll rarely get pay-offs. Traveling through Guatemala has been one of my favorite trips thus far and I would recommend you visit, but always with a guide. I also suggest reading important international travel advisories before heading anywhere. To answer the questions “Is Guatemala dangerous?” I would say not more dangerous than any other country, you just have to use common sense.

Special thanks to the Guatemala Toursim Organization.