Nestled in a gorgeous mountain valley in the highlands of south-central Guatemala is the nation’s capital, Guatemala City, sometimes called Guate or Nueva Guatemala de la Asunción. This linguistically and culturally rich city of roughly two million people is greatly influenced by the size-able indigenous population there, which makes the things to do and eat in Guatemala City a fun and immersive adventure that’s inspired by Maya tradition. 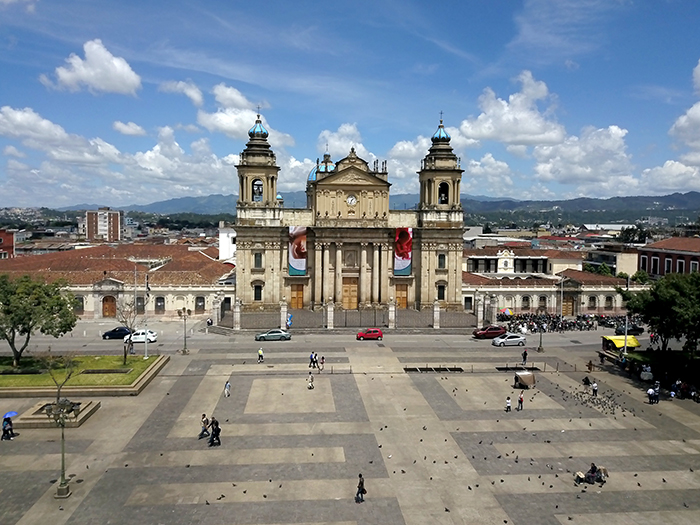 This is a city where ancient history, diverse traditions, and modest living intersect with modern, upscale accommodations and cuisine, creating a powerful juxtaposition that makes for an exciting and varied travel experience. These are the things to do and eat in Guatemala City! 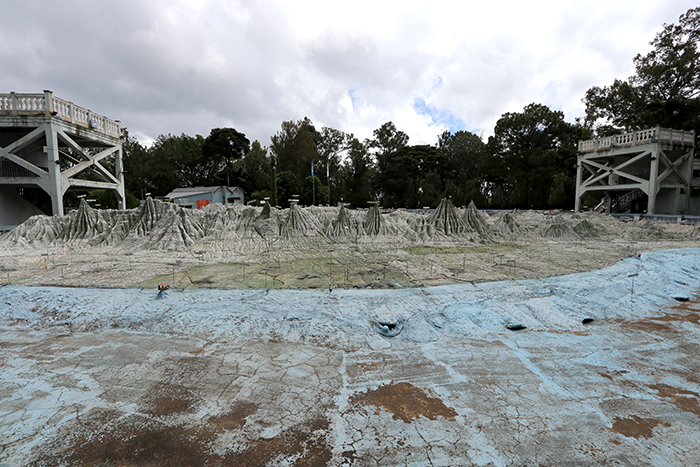 At Parque Minerva in Guatemala City, you’ll come across a curious and impressive attraction that often escapes the notice of tourists looking for interesting places to visit: the Mapa en Relieve, or Relief Map, which is an 1,800-square-foot, cement topographic map of Guatemala and Belize that was first unveiled in 1905 and built without the help of satellites or modern technology. 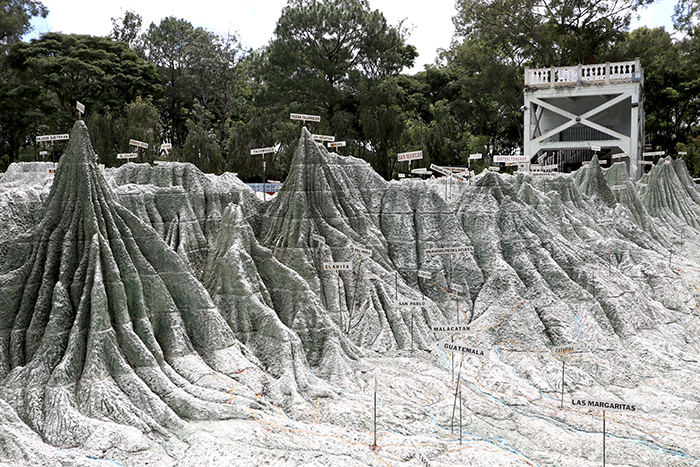 The building of the map was a labor of love for its creators, engineers Francisco Vela and Claudio Urrutia, who spent fifteen years painstakingly documenting the geography of the land as they traveled the country (Belize was considered a part of Guatemala at the time) by horse and donkey. 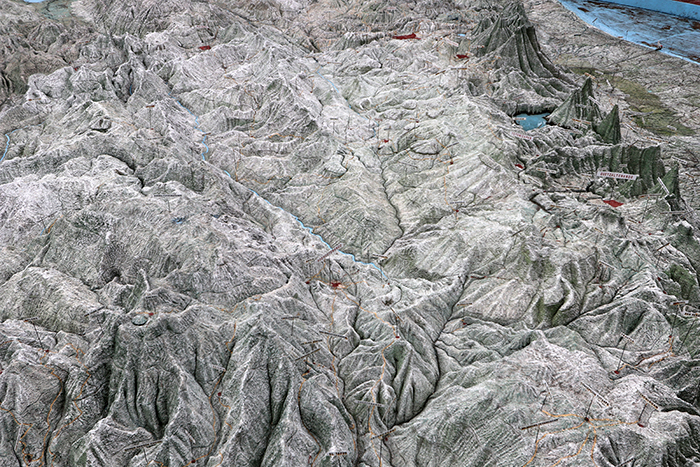 The end result was a massive and surprisingly accurate topographic map that details the country’s mountainous terrain and the lower elevations of its coasts and northern lowlands. 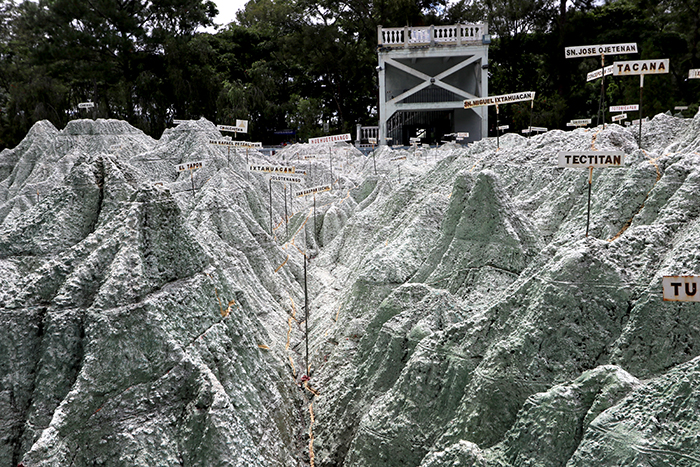 Also depicted are the numerous rivers that criss-cross the Central American nation, as well as the hills, valleys, cities, towns, volcanoes, lakes, plateaus, and forests that contribute to its stunning and diverse terrain, all of which visitors can view from observation towers that look out over the map. This map is a mind-blowing, yet underrated, attraction that everyone visiting Guatemala City should check out at the start of their trip! 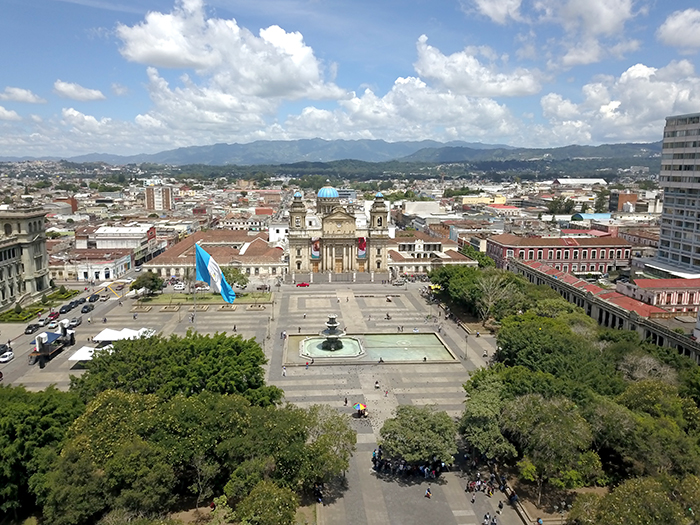 Guatemala City’s most prominent meeting place, Central Park, is also home to some of its top attractions. Officially named Plaza de la Constitución, the park is home to a beautiful fountain that was designed by Guatemalan artist Rodolfo Galeotti Torres and built in 1943. 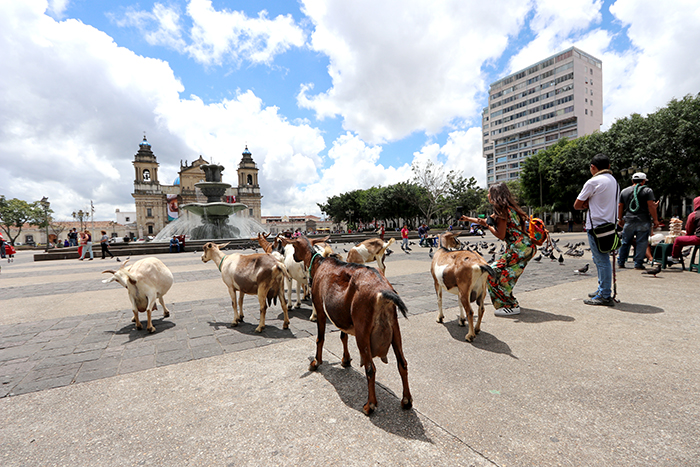 In addition to being a popular family hangout, Plaza de la Constitución also faces National Palace, which is considered an icon of the country; and Cathedral Metropolitana de Santiago de Guatemala, Guatemala’s main cathedral, which was built after the one in Antigua was destroyed in an earthquake in 1773.

Also in the park, you can find vendors selling fresh goat milk, which young children in Guatemala start drinking at a young age for nourishment, immunity, and overall stomach health. 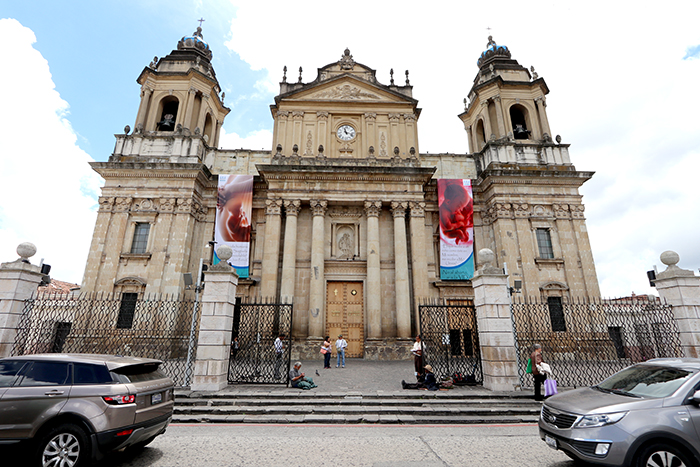 When I visited the park, I bought one glass of milk for five quetzales, or roughly $0.65 U.S. It has a creamy and frothy texture and a sweet flavor, and is high in protein and vitamins. Every Sunday, a mini-market takes place in the park, which is also close in proximity to the shops along the 6th Avenue strip. 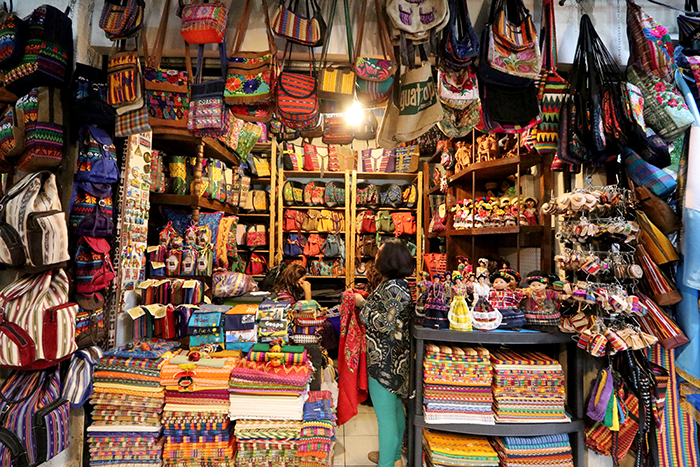 Located at 8 Calle in Guatemala City is hidden gem called Mercado Central, or Central Market, a bustling and colorful handicraft market that is almost entirely hidden from public view. 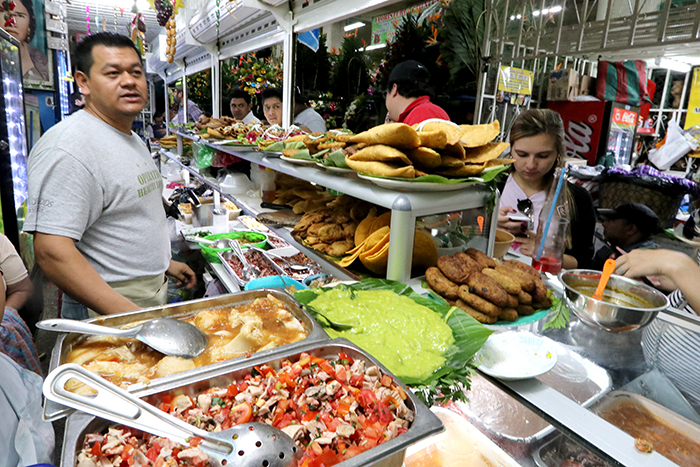 Located underground, this market must be reached by a set of stairs leading down from the street. In the large space below, you will find vendors selling local handmade crafts, clothing, fresh produce, and some of the most delicious and authentic Guatemala street food around. 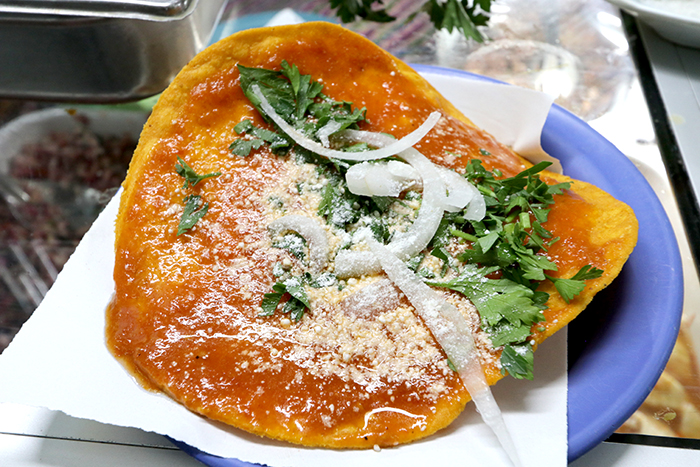 Explore the market long enough and you’ll come across the heavenly aromas of local favorites like enchiladas, ceviche, morcilla, chicharrón, tacos, and much more. 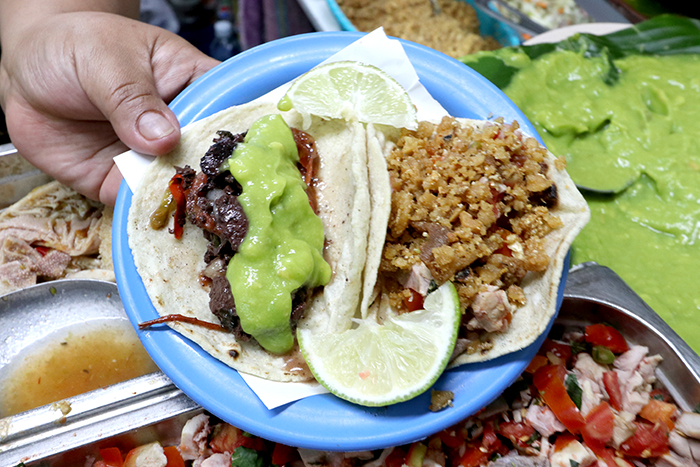 I highly recommend trying the fatty buche and morcilla tacos with lime juice and avocado, a refreshing fresh fruit or vegetable juice, the crunchy and flavorful tostada con salsa de tomate, and the fried stuffed peppers with tortillas and cobanero hot sauce. 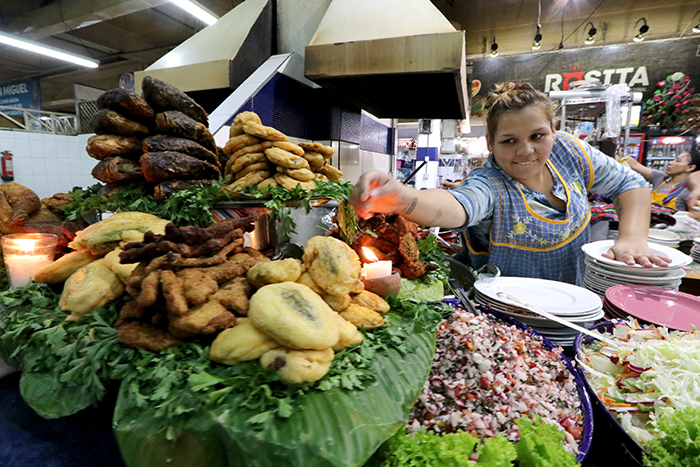 With so many incredible food and shopping options, visiting Mercado Central is easily one of the best things to do and eat in Guatemala City! 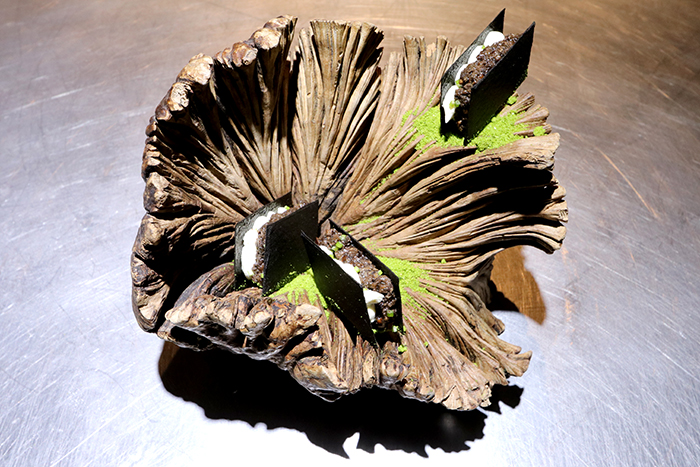 While eating street food is one of the best ways to taste the flavors of local Guatemalan and Mayan culture, trying Mayan fine dining is a truly unforgettable experience, and the best place for it is Flor de Lis, a gourmet spot located at Casa del Aguila Cultural Center in the city. 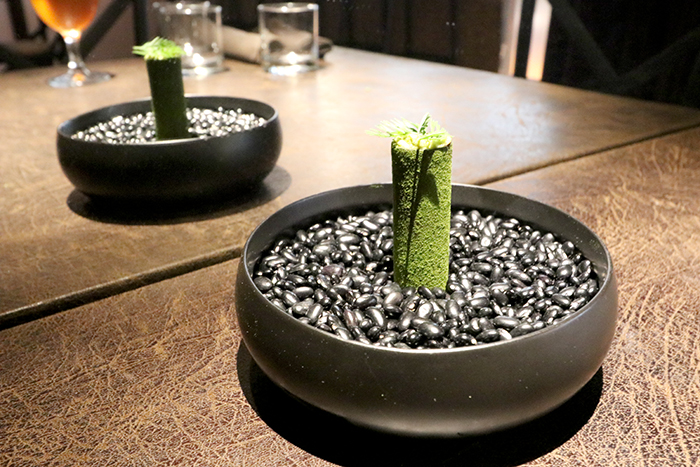 Its chef, the remarkably talented Diego Telles, creates inventive Guatemalan foods that are inspired by the Popol Vuh, an ancient story that combines the history and mythology of the country’s K’iche’ people, by taking a minimal number of ingredients and transforming them into dishes that are visually appealing, texturally diverse, and packed with wonderful complementary and contrasting flavors. 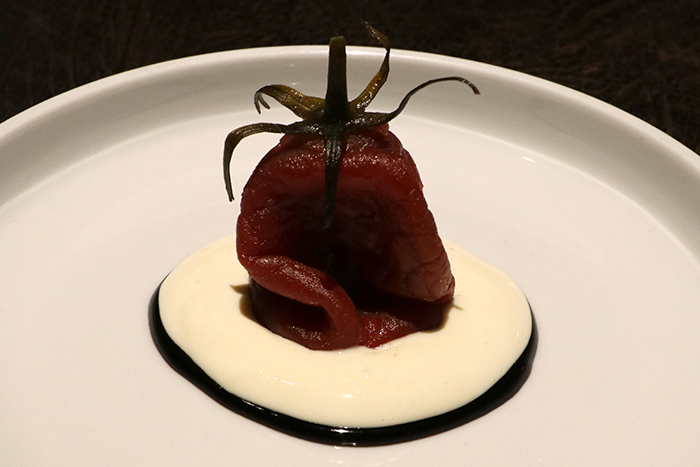 The menu at Flor de Lis is filled with imaginative and flavorful culinary gems that will make your taste buds go wild, including their savory and earthy s’more made of mushroom tartare, burnt onions, and cream between two black wafers; a stuffed taco with a pâté made from frog legs and ants; a phenomenal sweet tomato cooked in syrup that is served atop a bed of rich, creamy cheese and balsamic vinegar; 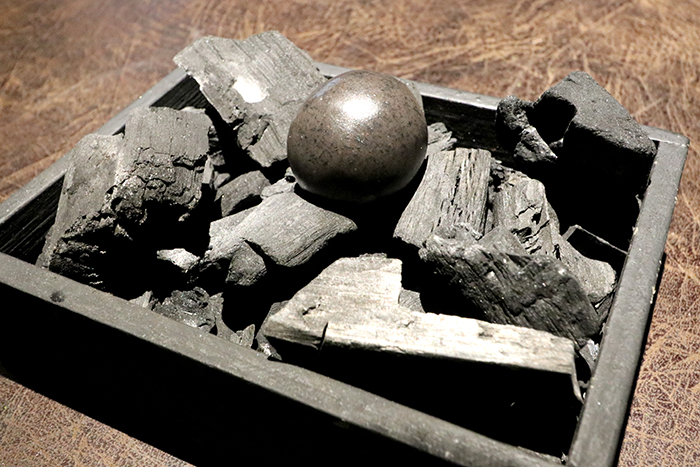 a dish called Hombres de Maiz, which is a black ball that contains a tamale wrapped in beans and ashes; and their famous Duality, a unique dessert that consists of a sandwich made of guisquile root and fruit and a small cookie containing chocolate and ants. The wild and innovative food and top-notch service makes Flor de Lis one of the best things to do and eat in Guatemala City. 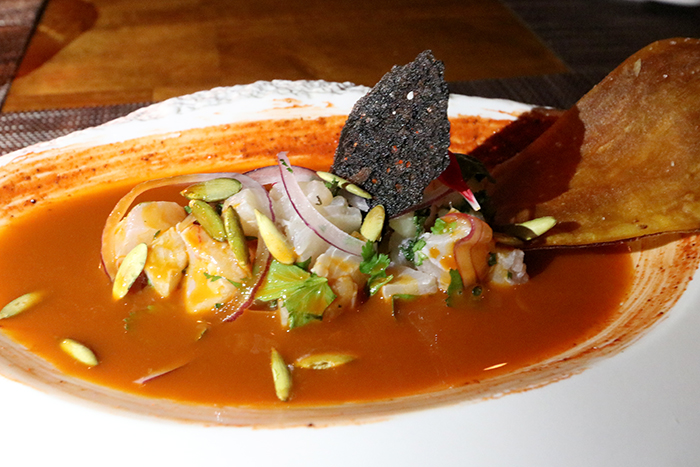 Another of Guatemala City’s best fine dining restaurants is Ambia, an upscale eatery that serves sensational Guatemalan fusion food in a warm, cozy setting that features a bar with a mixologist and lots of greenery. The restaurant also serves an impressive selection of wines produced in Latin America. Its head chef, Sergio, has created a menu that is inspired by the earth itself.

Their spicy, Mayan-inspired cocktail made with Zacapa Negra rum and roasted chilies is a menu highlight, as are the white tuna ceviche with avocado on a rice tostada; a succulent ceviche featuring two types of sea bass and chilies; tender pork belly with guacamole; a delicate, Spanish-inspired squid with lobo cheese, chilies, and aioli. 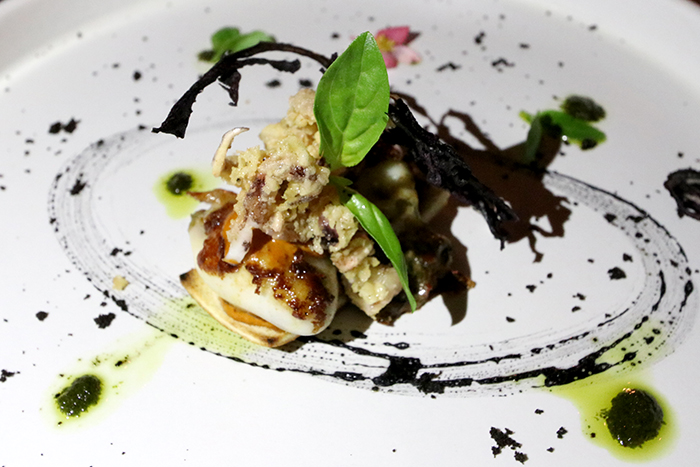 A magnificent filet mignon with foie gras and portabello mushrooms and white truffles; and a creative chocolate mousse containing broccoli, cacao seeds, and other vegetables that is equal parts creamy and crunchy, as well as sweet and earthy. When you come to Guatemala City, you have to visit Ambia for a stellar meal that will blow your mind! 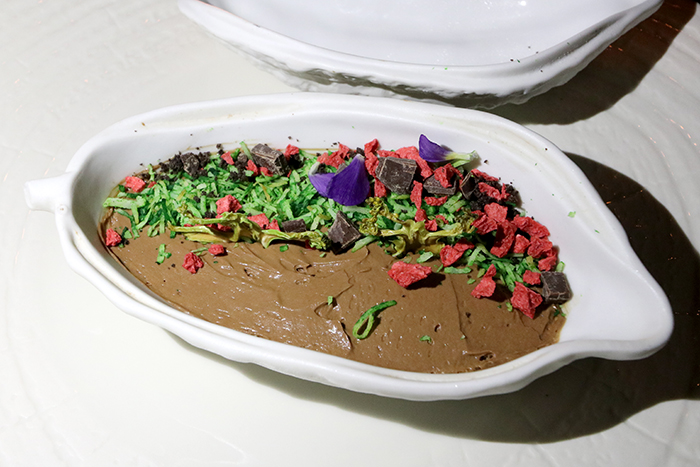 Those are the 5 things to do and eat in Guatemala City! Guatemala City is all about contrast: ancient yet modern, traditional yet inventive, rustic yet luxurious. The wide array of activities and interesting sites here, and the diversity of its people and languages, combined with mouthwatering street food and superb gourmet cuisine, makes this city a true Latin American melting pot that must be experienced to be believed. 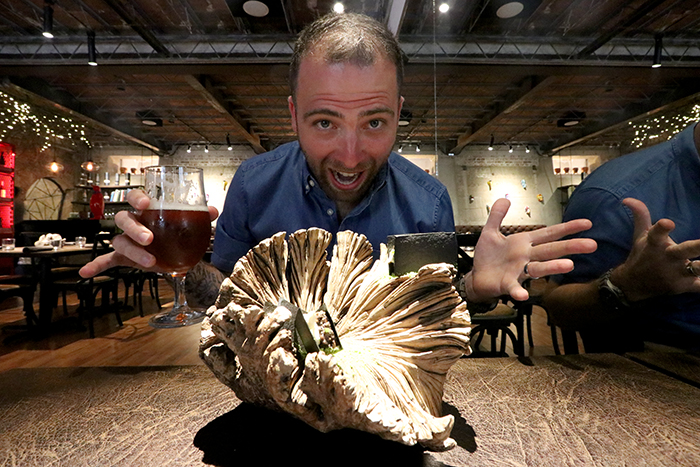 See and taste it all for yourself by booking a trip to Guatemala City today!