I recently traveled through Guatemala for two weeks and visited several historical locations along the way. What really attracted me to Guatemala this year was that 2012 is the year of the Mayans. There are more then 1,500 Mayan ruins in Guatemala, most of which are located in the northern region of the Petén Basin.

There are hundreds of ruins, however, hundreds more are still buried under dense forest. It is extremely costly to excavate, restore, and maintain the ruins. Here are four Mayan ruins in Guatemala that you cannot miss! 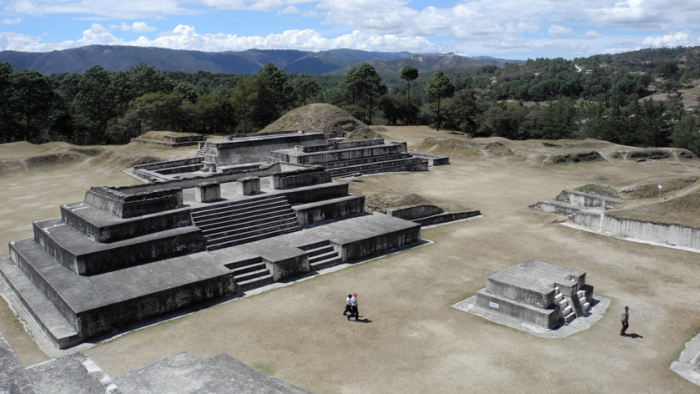 This is considered to be the the white city of the Mayans and unlike most of the Mayan ruins most people visit, Zaculeo is located on the outskirts of the little-known city of Huehuetenango in western Guatemala, which is about a 1-hour drive from Mexico. The site dates back to the Classic period of the Mayans and is a must visit if you want to experience a different type of Mayan structure. It served as the capital of the Mam Kingdom from AD 250-600. The word Zaculeu means “white earth in Mam. What sets it apart is the the material the Mam used to construct their city- a white stone completely different than any other Mayan site. The site is no where as big as Tikal or Yaxha but it’s a beautiful place nonetheless. 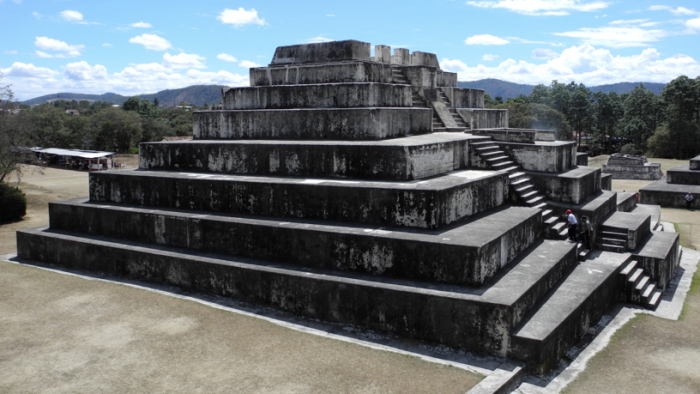 This was the first Mayan ruin I visited and I was literally blown away by its beauty. It should not take more then 1 hour to see this site unless your going trigger happy with your camera. Tip: climb structure number 6, which is the tallest, and from there you get great views of the entire site. 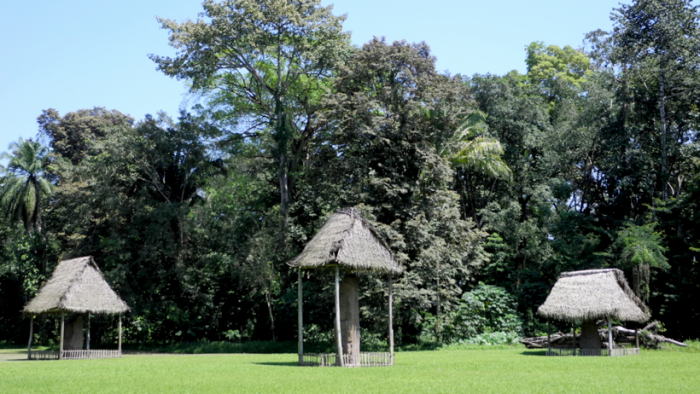 Is completely different from what most people would consider to be a Mayan site. Instead of the iconic tall pyramids, Quirigua has stelas, or tall stone carvings that have stood for over 1,300 years. The area has been inhabited since approximately 400 BC, which is considered the late pre-classic age of the Mayans. The people who settled in Quirigua are believed to have come from Tikal. Quirigua is located in the southeastern part of Guatemala, about a 1-hour drive to Honduras and about 2 hours from Guatemala City. 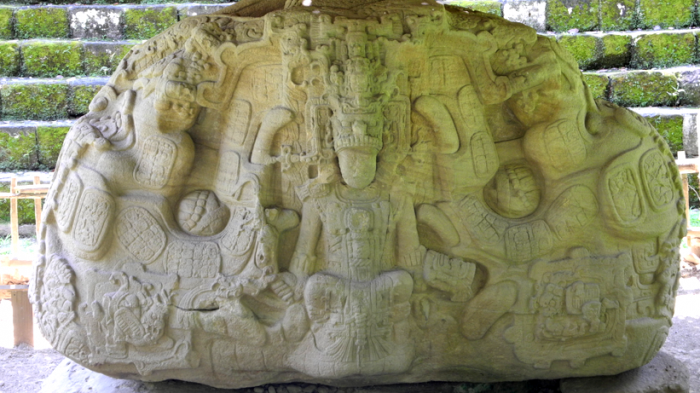 The must see here is Stela D. It is the most intact stela because it was found toppled on the ground. The figure depicted in Stela D is King K’ak Tilw Chan, who was the “kings of kings” in Quirigua. His claim to fame was his defeat of the rival city of Copan (in Honduras). Within the site you can see the acropolis, which is perfectly intact and right across from it you can see the sleeping quarters of the city’s rulers.

Book a 2 Day Tour of Copan and Quirigua here! 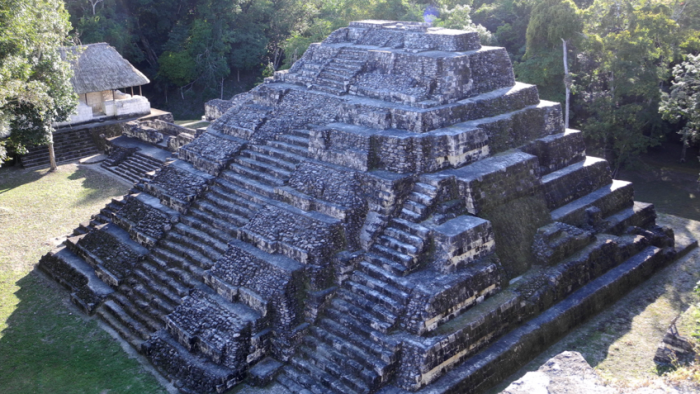 Was first introduced to the mainstream public in 2005 when it was selected as the location to host the American TV series “Survivor: Guatemala- The Mayan Empire”. It has now become a popular attraction for those traveling through the Petén Basin and also for tourists in Belize as it is only 30 minutes from the Guatemala/Belize border. The name comes from the neighboring lake which provided the city its fresh water supply. 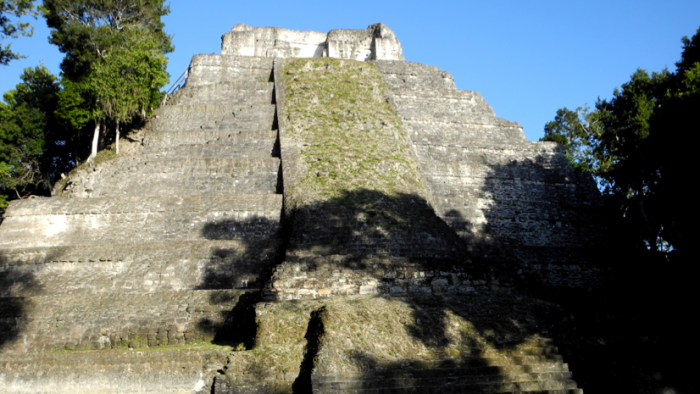 This could be considered to be a smaller version of Tikal. Yaxha its a vast complex with more then 500 structures, but most of its pyramids are still covered by the forest. The two ball courts and the forty stelas are beautiful and should not be missed. There is a section with three pyramids. One can be climbed, however you need to be careful and walk in a zig-zag fashion. Learn about the best companies to keep you safe while you travel at companyreviews.com. 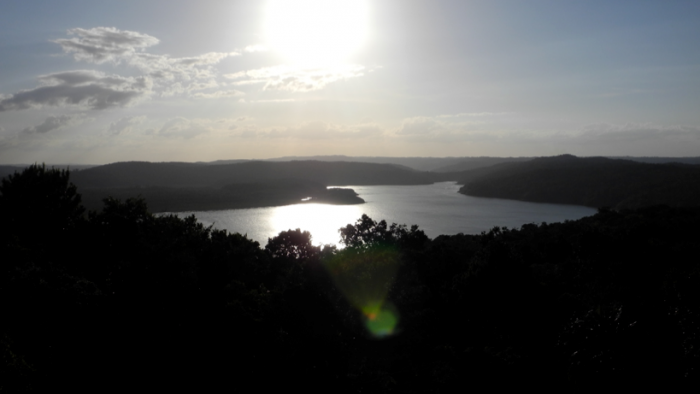 Most visitors come to Yaxha in the afternoon hours before the sun sets because from Temple 216 you can catch views of one the best sunsets over Lake Yaxha. If you’re visiting Tikal and you have time to visit another Mayan complex, then I recommend you visit Yaxha.

Needs no introduction. It is the heart and soul of the Mayan world in Guatemala. It is a UNESCO World Heritage Site, for being both a natural wonder and man-made wonder. Most people only visit the northern region of the Petén Basin to pay a visit to Tikal. Tikal was a giant city that dates back to the year 200 AD. It was later abandoned in the year 900 AD, which falls under the classic period of the Mayans. They say the city was abandoned because of a multi-decade drought that drove the people of Tikal to leave and seek water supplies elsewhere. Tikal is now a monumental complex that takes at least one day to see in its entirety. 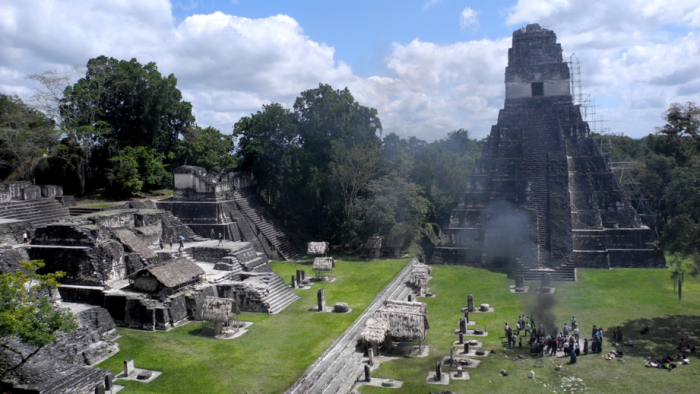 There are a few thousand structures in Tikal, but only a fraction have been excavated. Every time you see a hill in Tikal  this means there is a pyramid underneath that has yet to be uncovered. The most notable Temples are 1, 2, 3, 4, and 5.

Check out the Best Hotels to Stay near Tikal, Guatemala

Temple 1 and 2 face one another and are the most iconic. You can climb Temple 2 and from there get awesome photos of Temple 1 and the acropolis. Temple 5 is a beauty, but when I visited the stairs were under construction. Temple 3 is also stunning but they are still removing overgrown plants from its base. Temple 4 is also still covered in forest but they have built a stairway that takes you to the top of it, and from there you can get the best picture of Temples 1, 2, 3 and 5 as well as the dense forest surrounding them. 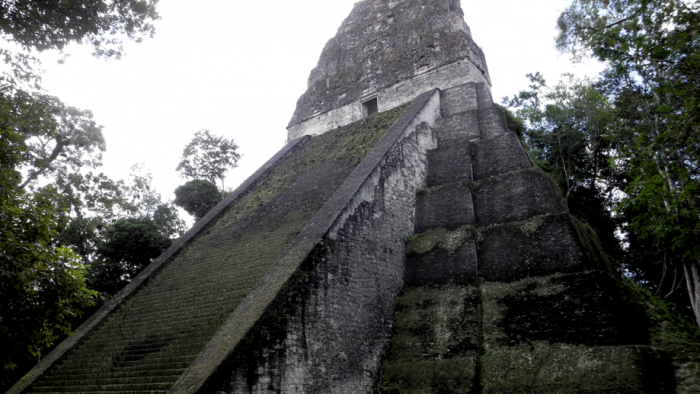 As you walk around the complex you will hear Howler monkeys in the distance. They are the owners of the jungle nowadays. If you don’t visit Tikal it’s as if you never visited Guatemala. It’s truly a can’t-miss location and merits at least one full day.

I hope you enjoyed this post about a culture that I fell in love with while in Guatemala. The Mayans’ culture is an ancient one, but it is still alive and well. They are everywhere in Guatemala and are the true owners of the land. By the year 2020 the Guatemalan governments plans to have most of the lost pyramids of the Mayans uncovered. There will be more cities uncovered, more beautiful steles to behold, and hopefully more insight gained into the unique people that have lived here for thousands of years.

Did you find our Mayan Ruins in Guatemala post useful? Tell us about your experiences in Guatemala! Leave a comment below.

Special thanks to Guatemala Toursim Organization.

12 thoughts on “4 Must Visit Mayan Ruins in Guatemala”