I recently returned from a two-month trip in Europe and while abroad was able to fit in a few days in Andorra- a small country with big touristic appeal for anyone who appreciates sprawling natural landscapes, the thrill of skiing and the peace of mind of the wholesome, quiet life. Perched within the massive Pyrenees mountain range, Andorra delights and surprises.

Here are 5 facts about Andorra and some of the images I captured: 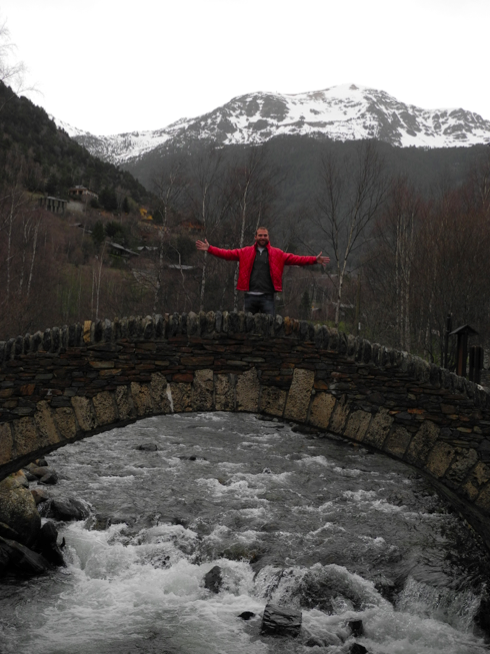 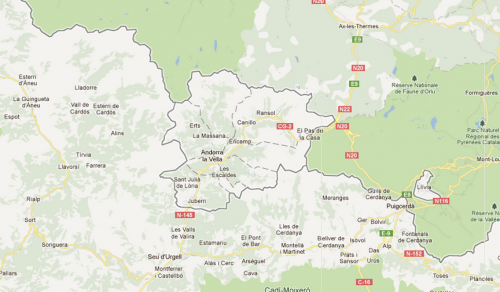 Andorra is not part of the European Union although the Euro is the country’s official currency. In fact its official name is Principat d’Andorra or the Principality of Andorra. 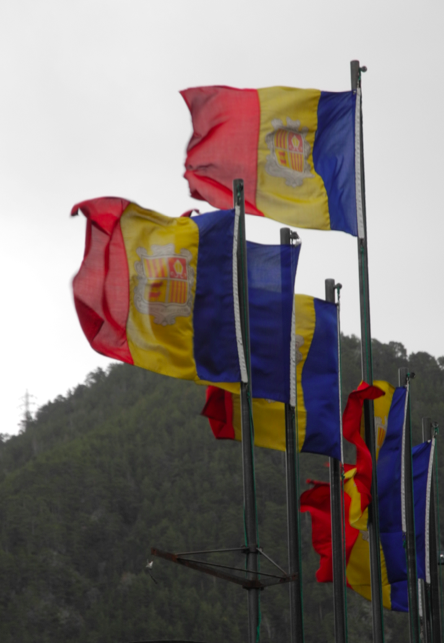 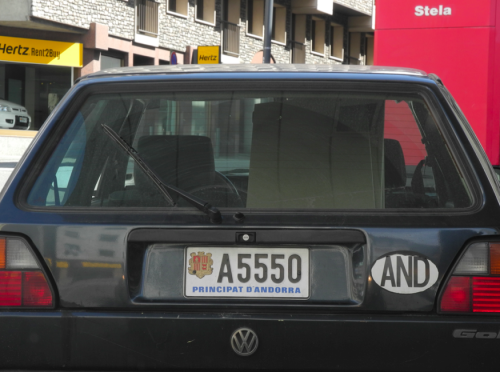 The Prime Minister formally heads the country in a parliamentary representative system in which a General Council is in charge of legislation. The President of France and the Bishop of Urgell (Spain) serve as co-princes to the country. The role of Andorra’s neighboring countries also extends to military protection. 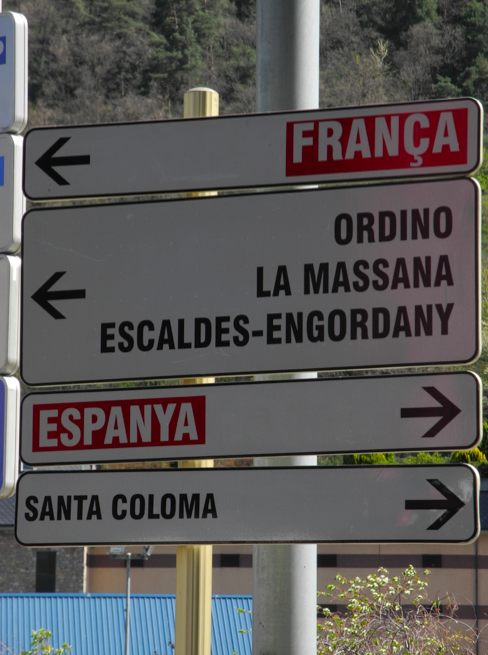 Andorra does not have its own army therefore Spain and France defend it with their own militaries. The official language of Andorra is Catalan- a language of Latin origin that is spoken throughout Catalonia, Spain. 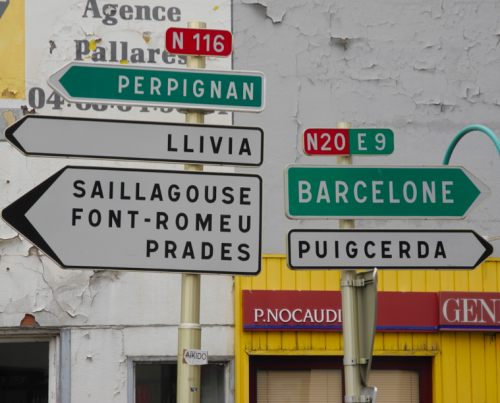 Andorra is a small country with an area of approximately 181 square miles and a population of about 66,000 people. The country is sectioned into parishes, of which there are 7: Andorra La Vella, Canillo, Encamp, Escaldes-Engordany, La Massana, Ordina and Sant Julia de Loria. Andorra La Vella is the highest capital city in Europe at an elevation of 3,350 feet! 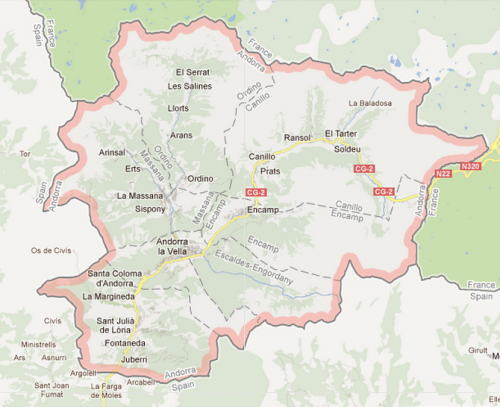 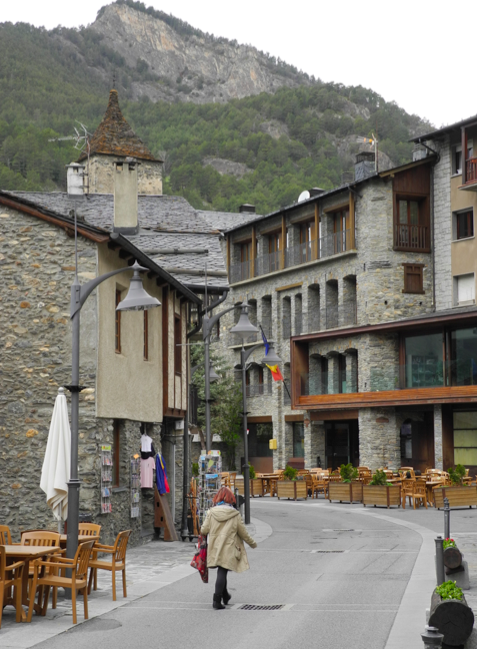 Because of its geographical location (wedged between Spain and France) Andorra has adopted cooking traditions from both these countries but has still managed to develop and maintain some of its own, unique recipes. Pork, cured meats like the lloganiza sausage, canelones (baked stuffed crepes,) lamb and foi gras are food items common across most of Andorra’s eateries. 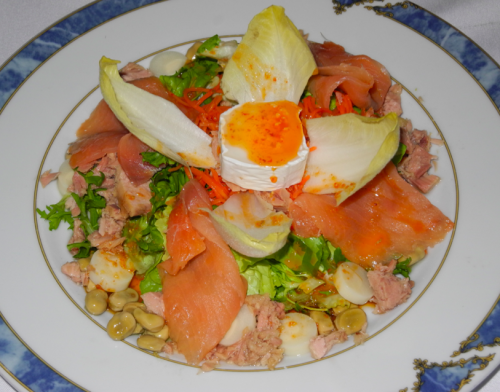 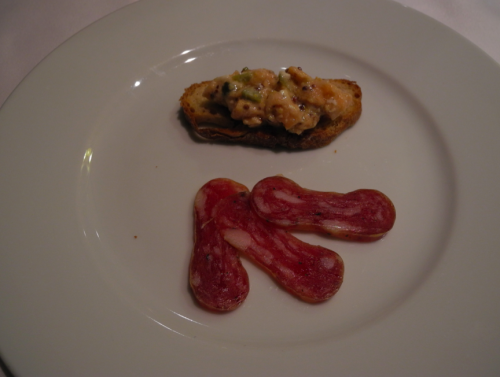 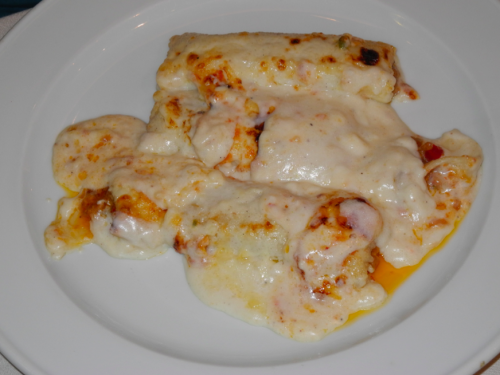 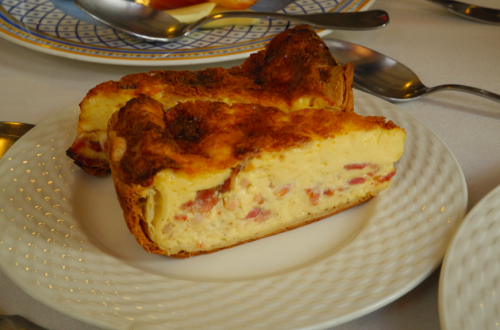 Because Andorra’s climate is mostly cold and wet, it’s not a major wine producer. Customarily, French varieties and reds from La Rioja, Spain are served. 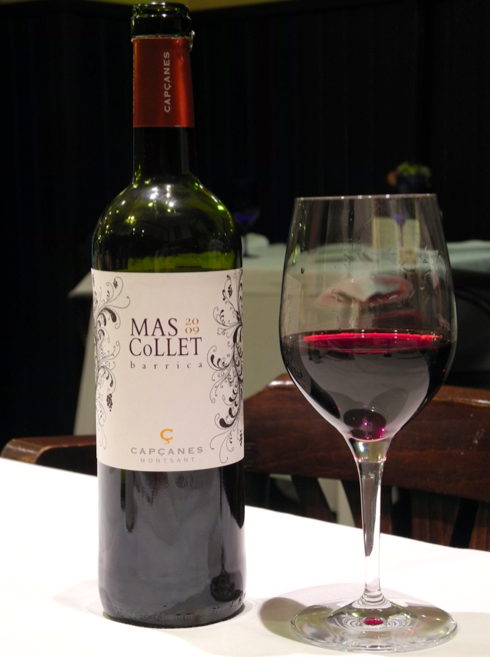 A must-do for any traveler headed to Andorra is to eat at one of the bordas in La Massana. Bordas are restaurants that serve typical Andorran cuisine and they aren’t shy about how much meat is on the menu. I had a carnivorous feast fit for a king at Borda de l’Avi. The restaurant specializes in mountain food; rotisserie rabbit, chicken, beef, and pork. 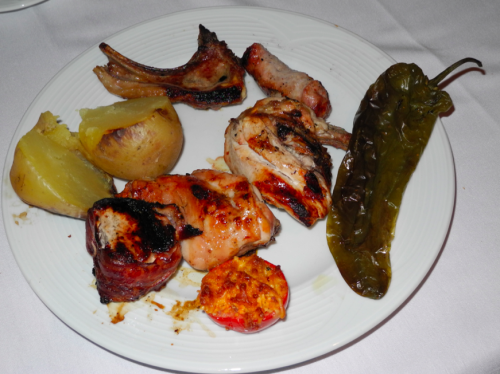 Millions of people flock to Andorra every year to ski from late October through late March. Andorra boasts dozens of fine ski resorts, tourist apartments and lodges to accommodate beginners and ski veterans alike. There is a wide array of slopes, which makes it an especially family friendly ski destination. Andorra’s economy depends heavily on its tourism industry, which is hospitality and quality driven. World-class boutique hotels and spas help to soothe achy legs after a long day prancing on the snow. Horseback riding is another popular activity during the warmer months.

Cattle and horse farms are common throughout Andorra. 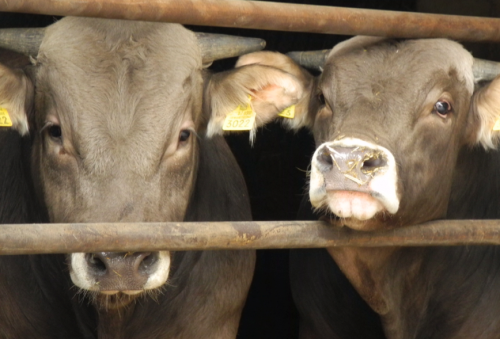 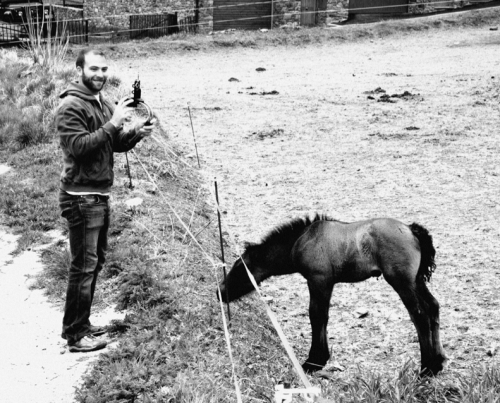 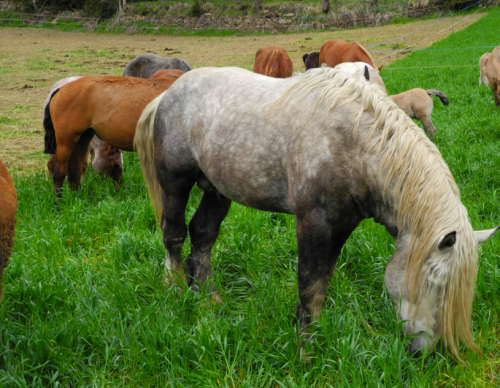 The Art Hotel in Andorra La Vella is one such place where luxury and customer service is the norm. 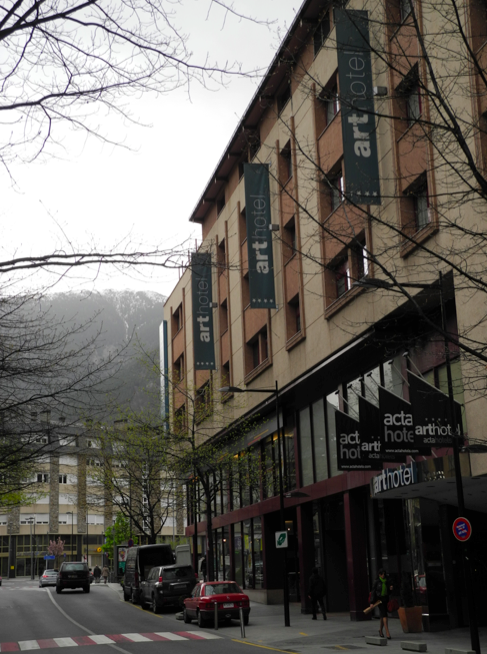 CALDEA is a large thermal spa complex located in Escaldes that provides every type of pampering treatment under the sun. It features multiple baths at different temperatures, a sauna, steam room, and hydro bar. The complex is housed in a modern building just a short walk from the center of Andorra La Vella. 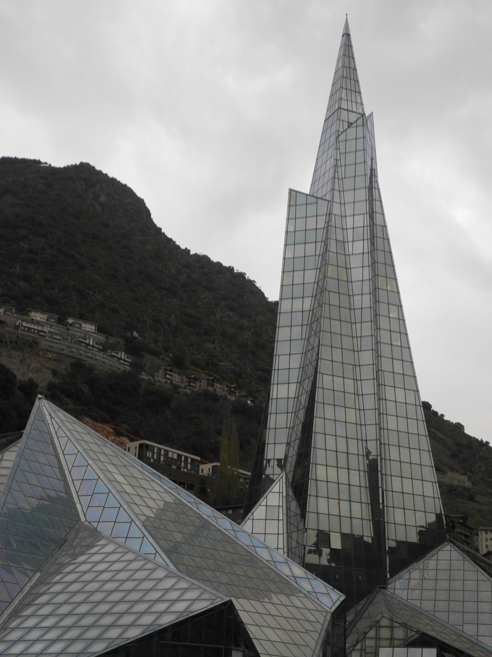 Medieval towns like Pal dot the landscape along the main road. 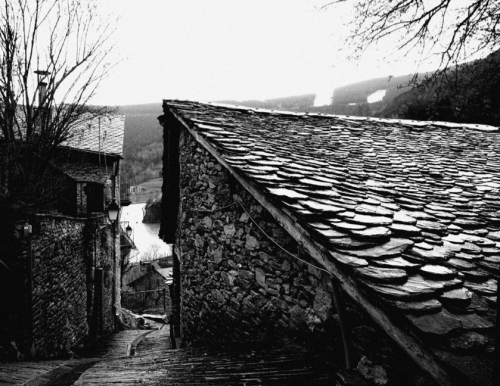 Andorra’s independence from the E.U. allows it to be a tax haven. There is no income tax in Andorra and like moths to a flame, tourists are attracted to the luxury items for sale in Andorra’s exclusive boutiques and outlet stores. There is a sports equipment store and designer label retailer on practically every block. 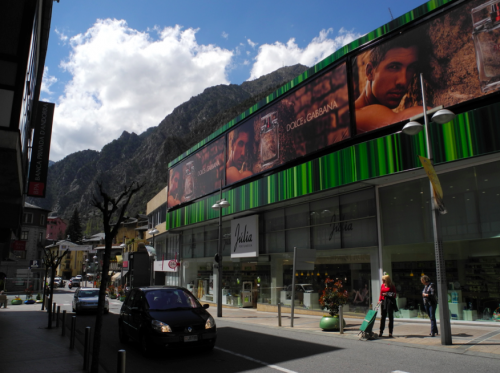 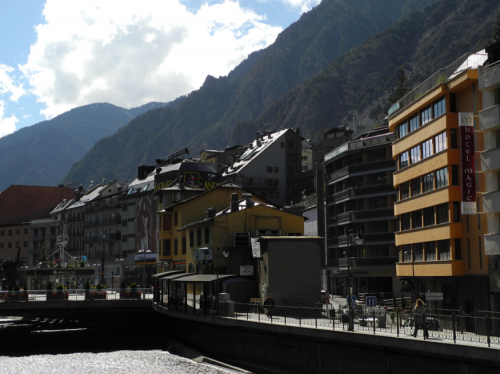 So there you have 5 fun facts about Andorra. What is lacks in size it makes up with jaw-dropping views of snow capped mountains and scenes of rolling rivers. So the next time you’re considering going to Colorado, Lake Tahoe or the Alps, you may want to look into an Andorran ski vacation. It’s one that may surprise you… 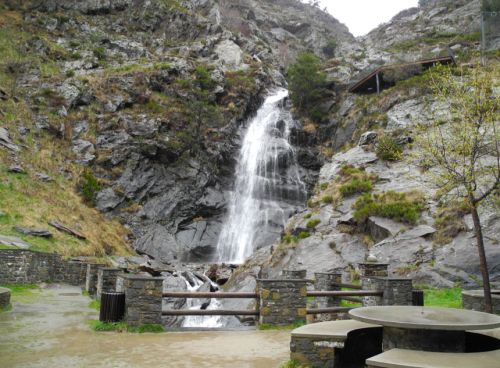 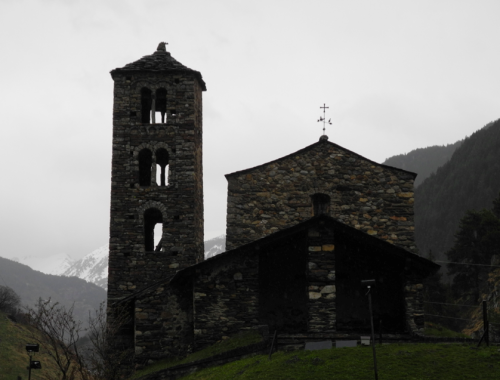 Have you been to Andorra or planning to visit? Let us know in a question or comment below!

2 thoughts on “Five Facts About Andorra”