I chose St. Lucia as my honeymoon destination for several reasons, but most of all because the island is known to be one of the Caribbean’s most beautiful gems. It is covered in lush vegetation, dotted with quaint towns and features miles of pristine coastline, complete with sprawling ocean views at every turn. 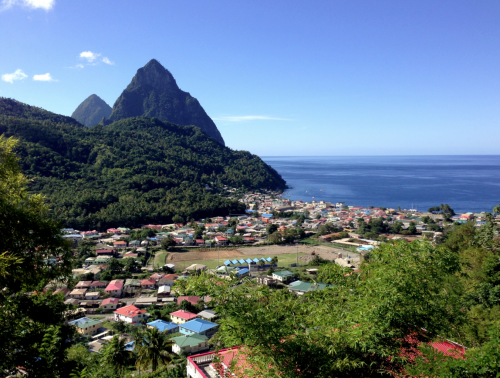 But of all of St. Lucia’s natural splendor, the two peaks on the island’s southwestern coast, known as the Pitons, are her most recognizable landmarks. Near the beachside town of Soufriere is the majestic pair – the Gros and Petit Pitons. They sit atop an active geothermal field. Nearby, the collapsed Soufriere Volcano emits a potent odor and spews out black sulfur-rich water from its cracks. But the Pitons are not active. In fact, they are home to dozens of bird, reptile and amphibian species. They can be seen for miles away and make the perfect backdrop to a day at the beach. In 2004 the Pitons were declared a UNESCO World Heritage Site because of their distinctive shape and dense vegetation. 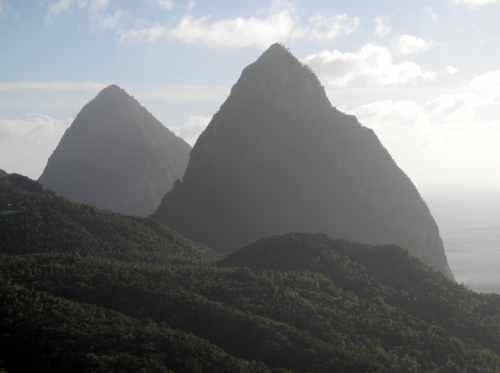 It is possible to scale the Gros Piton, but most visitors opt to admire the two peaks from below due to the intense nature of the climb to the top. For centuries the Pitons have provided seafarers a distinct landmark to guide them. Nowadays, the Pitons are the beloved symbol of the country and the most photographed landscape on the island. They are inarguably St. Lucia’s crown jewels and are a can’t-miss for anyone thinking about traveling to the Caribbean. 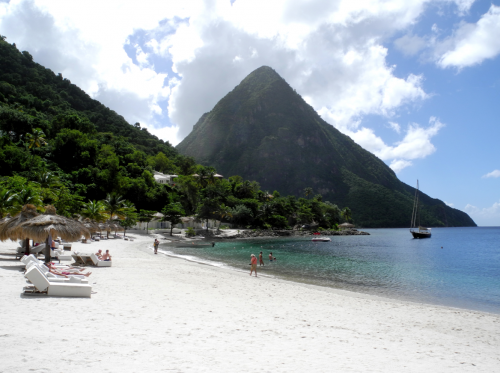 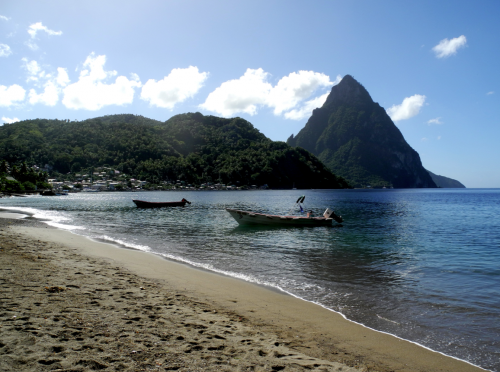 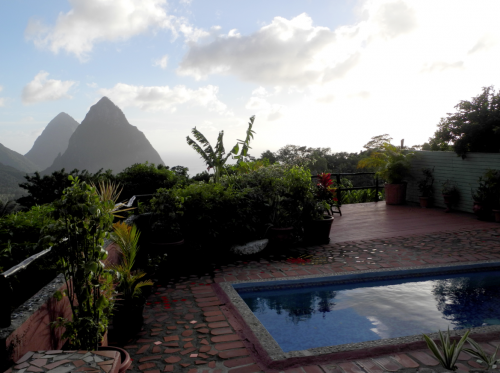 View of the Pitons from our cabin at Crystals Honeymoon Hotel 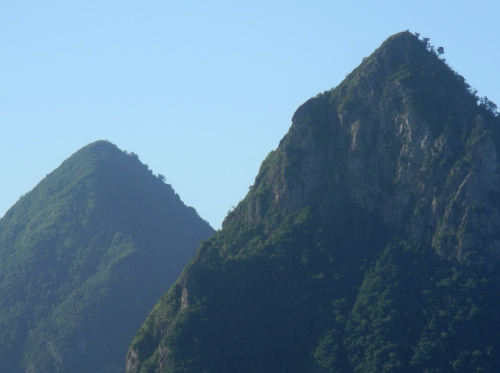 Close up of the Pitons of St. Lucia 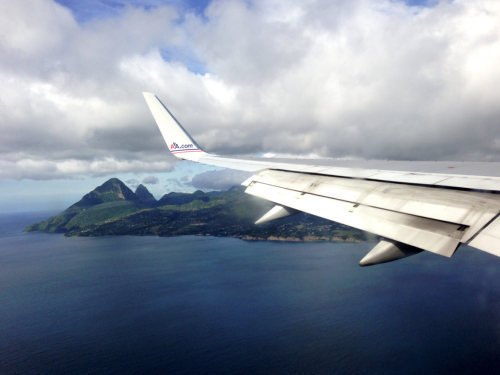 The Pitons of St. Lucia from the Sky 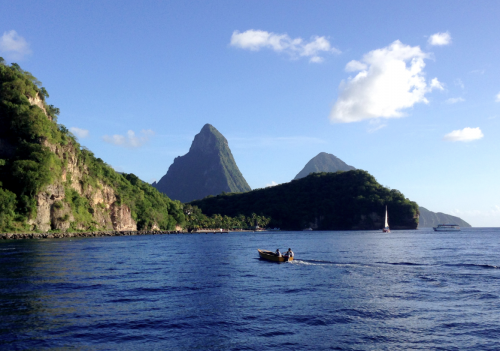 Shot taken from our Catamaran 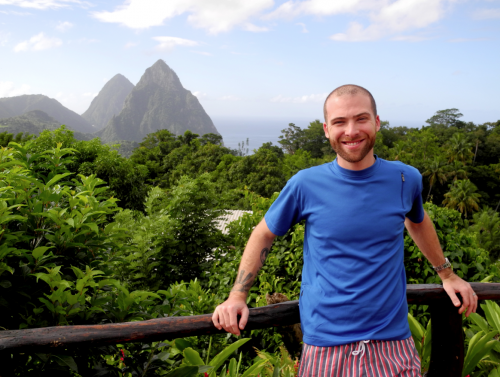 Did you find this information useful? Click below to download our St Lucia Country Guide on Kindle Today! 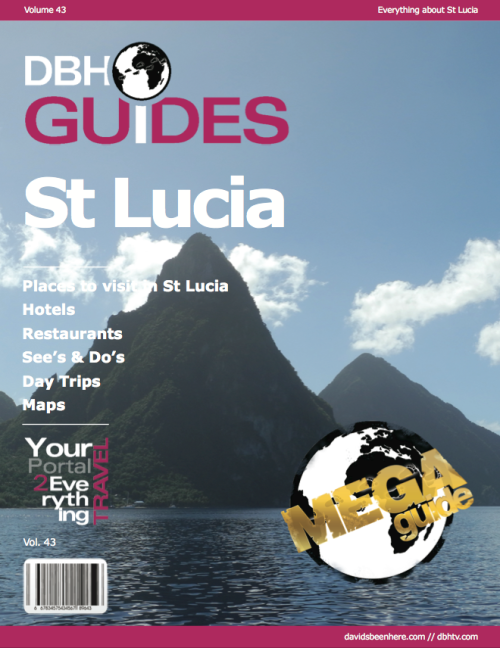