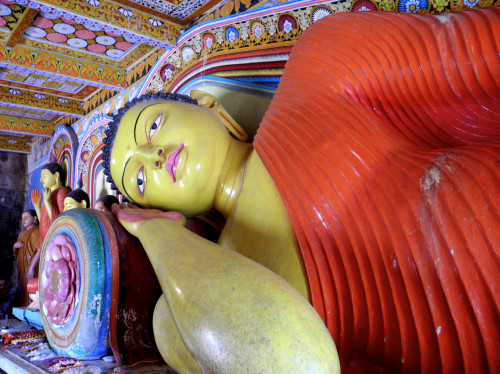 Home to eight UNESCO World Heritage Sites, Sri Lanka is flooded with opportunities for experiencing ancient history. All UNESCO World Heritage Sites, Sigiriya, Polonnaruwa, and Anuradhapura are the three ancient cities that comprise the cultural triangle of Sri Lanka. When on the island, you should be sure to give yourself adequate time to explore all 3 ancient cities of Sri Lanka. 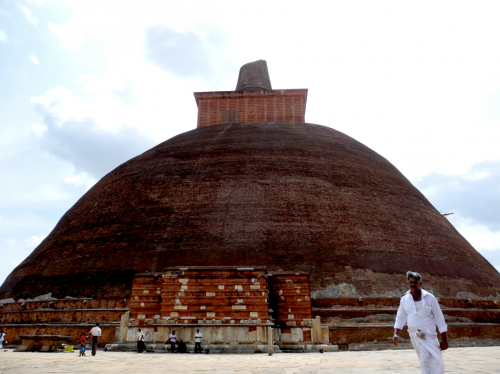 Anuradapura is one of the oldest cities in the world, and has played a key role in Buddhist culture and religion since the 4th century B.C. It is home to a number of significant archeological sites. Amongst the most famous of these is the Sacred Bodhi Tree, a tree that was propagated from the original Bodhi, or “enlightenment”, tree under which Siddhartha Gautama achieved enlightenment. 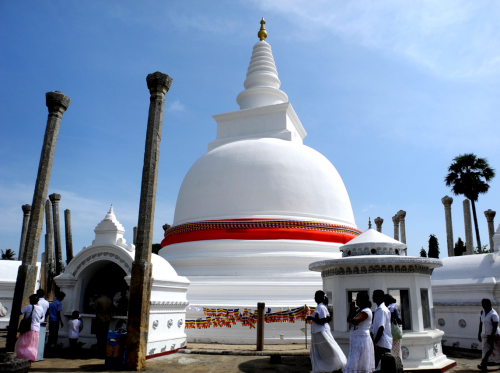 Iron Age artifacts reveal that the area has been inhabited since the 10th century B.C. Anuradapura’s location in an arid zone meant that the survival of its inhabitants was entirely dependent upon the city’s impressively advanced irrigation system. Sites of particular reverence include the monastic complex of Isurumuniya Vihara, the Jetavanarama stupa, the Ruwanwelisaya stupa, and the Thuparamaya Dagaba which is the oldest stupa in Sri Lanka. 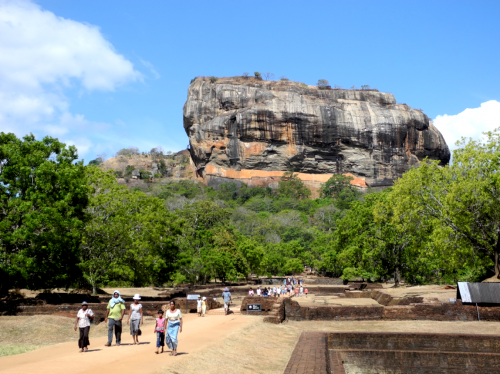 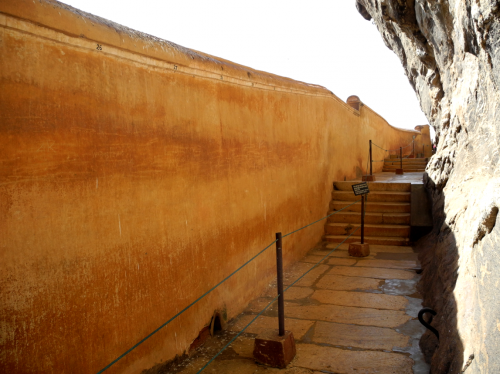 The monks originally inhabited the caves, and the palace and gardens were later constructed by King Kaspaya (477-495 A.D.). Sigiriya then enjoyed the spotlight as the capital city when the King claimed it the “new” capital over Anuradapura. 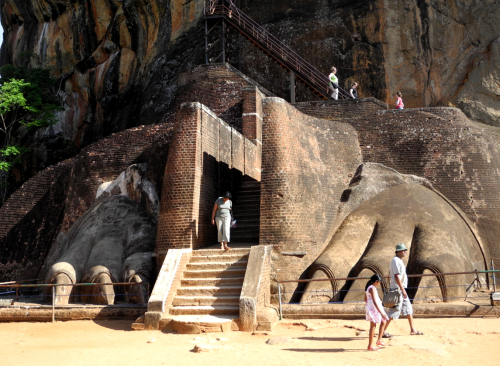 The Lion Gate and Lion Mountain are a true tribute to the King’s lavish tastes. The Lion Gate is a stairway that is flanked by ominous clawed lion paws, it then leads into the mouth of the beast and up to Lion Mountain Summit on top of Sigiriya rock. From here you will take in unparalleled views of the entire complex, and have the opportunity to explore bathing pools, royal chambers, and a throne. 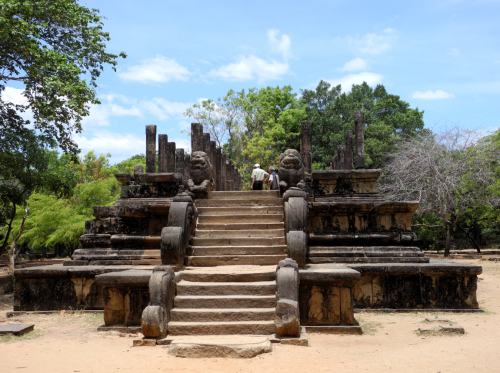 Polonnaruwa will truly enhance your experience of Sri Lanka with its two square miles of ruins. The ruins showcase the later years of Sinhalese society and Buddhist tradition. One full day is required to see the ruins, especially if you are on foot. However, the city is perfect for exploring via bicycle and rentals are available. 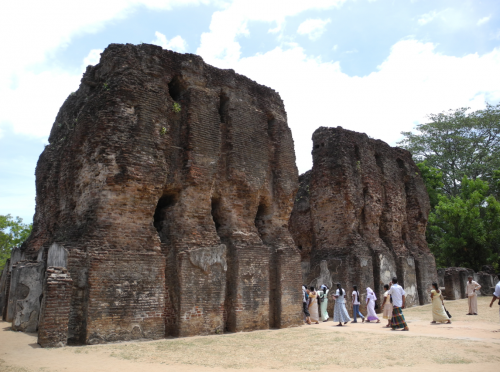 Ride the trails to visit King Parakramabahu’s royal palace, council chamber, and elaborate royal bath. Afterwards, make your way to the monuments, shrines, stupa, guard stones, and the famed moonstone built by King Vijayabahu I in the 11th century, known as Vatadage. The northernmost part of the city features Polonnaruwa’s largest monuments: the Rankot Vihara stupa, the four giant carved statues of Buddha at Gal Vihara, and the colossal [headless] statue of Buddha at the Lankatilaka shrine. 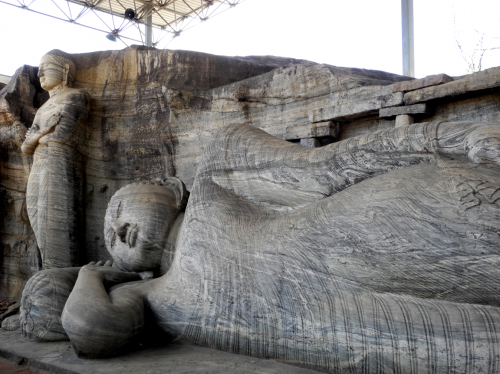 The ancient cities of Sri Lanka are expansive, so be sure to wear walking shoes and sunscreen, and bring lots of water. Additionally, do not forget that Sri Lanka experiences a raining season that should be taken into account when planning your trip.

Have you ever been to any of the ancient cities of Sri Lanka? Leave us a question or comment below!