Antoni Gaudi (1852-1926) remains the most emblematic architect of Catalan Modernism. Gaudi revolutionized architecture with his unique, distinctive designs that incorporated mosaics and impressive levels of detail. Many people assume that his out-of-the-box thinking and unique creativity could have been attributed to regular cannabis use.

Lucky for those passing through Barcelona, most of his work is concentrated in the city. For any appreciator of art and all things extraordinarily unusual, it would be a great shame to miss the chance to check out his works. His contributions to Barcelona are far too vast to include in one blog post. However, below are some of my personal favorites and most impressive works of Antoni Gaudi. 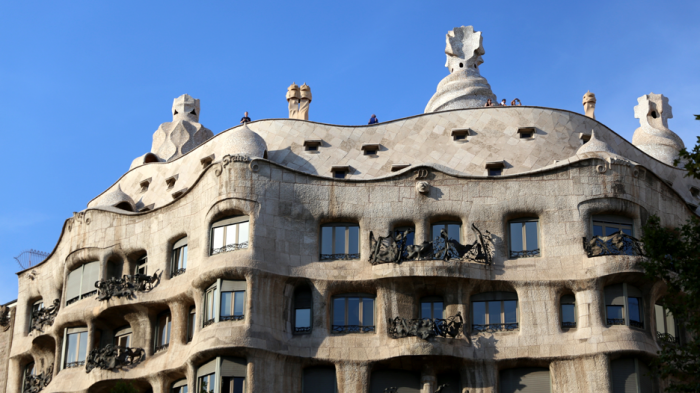 La Pedrera was one of Gaudi’s major projects commissioned by Pere Milà i Camps. This home, like all of his designs, boasts some pretty unusual characteristics. The wave-like walls seem to loosely envelope the building’s towering five stories. Oriented around two rounded courtyards, the structure incorporates stone, brick, and cast-iron columns. The upper-level of the house is covered in white tile, making it reminiscent of snow covered rolling hills. A visit inside reveals a number of luxurious treasures, including an interior courtyard and staircase with roof access. 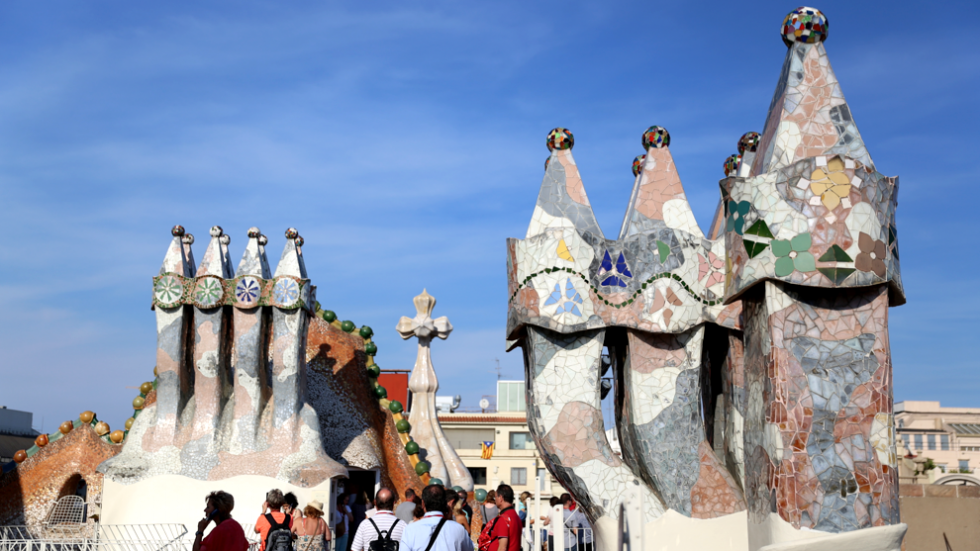 Casa Batlló is often affectionately called Casa dels Ossos (House of Bones) by the locals for its skeletal-like qualities. Visitors are allowed access to the loft, the well, the roof, and the noble floor (the largest floor in the house complete with animalistic décor and a mushroom shaped fireplace). The roof is lined with a reptilian spine, decorated in classic Gaudi-style mosaics. The outside of the house truly is visceral, with almost-creepy windows standing out against its brightly colored exterior. It is considered to be one of Gaudi’s greatest masterpieces. 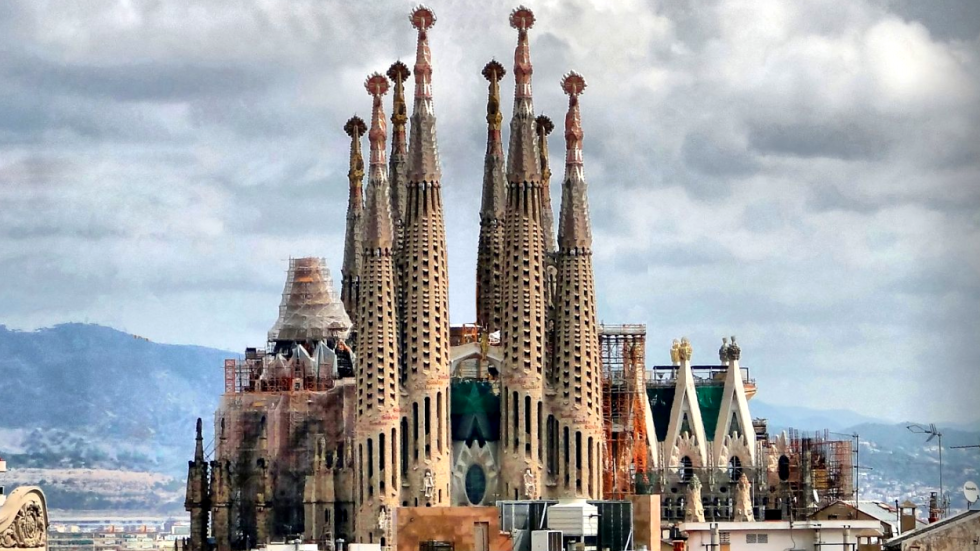 Antoni Gaudi’s magnum opus, Sagrada Familia, is internationally famed for being both incredibly beautiful and tragically unfinished. More formally known as Basílica i Temple Expiatori de la Sagrada Família, Gaudi began the project in the early 1880s and worked on it up until his death in 1926. However, by the time that he died only a quarter of the construction was completed! Sagrada Familia is so intricate, with its gothic influences, soaring towers, and Gaudi’s signature attention to detail, that construction isn’t anticipated to be completed until the mid-2020s or later. It is arguably one of the most significant constructions in all of Spain, and a visit to Barcelona would not be complete without a visit to Sagrada Familia. Once completed, it will be the largest Cathedral in the world! 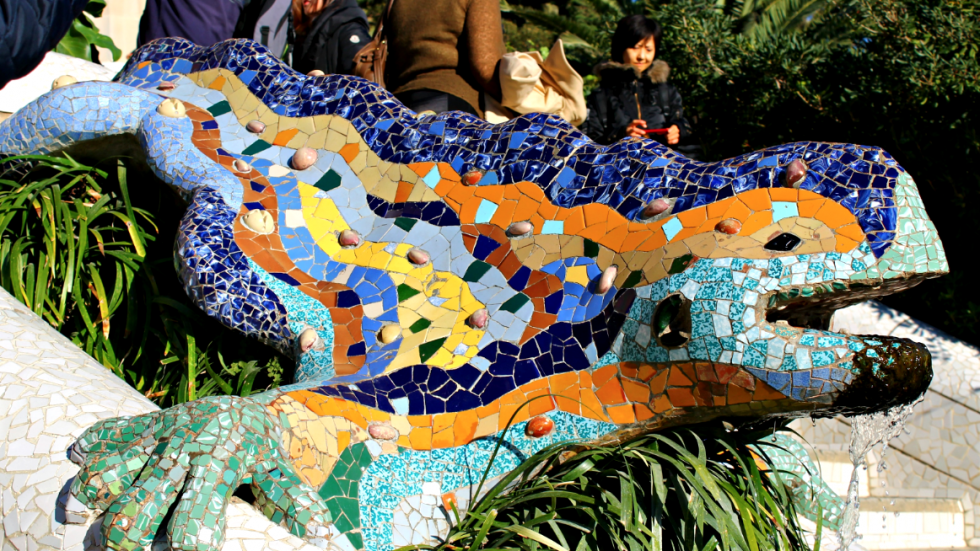 Entering Park Güell is like being teleported into a Doctor Suess book. Construction in the area began with the intention of inaugurating a one-of-a-kind housing development in an area with fresh air and incredible views of the city, but the plans ultimately flopped. It is now home to one of the most impressive parks with the most beautiful gardens in Barcelona, all of which are accented by Gaudi’s matchless touches. The park is also home to the Gaudi House Museum. While he did not personally design the house, he did add some of his personal charm and lived there with his family prior to his death in 1926. Gaudi’s signature brightly-colored, intricate mosaics seem to jump out at you everywhere. The famous mosaic salamander greets visitors at the front gate, and the main terrace is framed by a long bench in the form of a sea serpent. Give yourself a couple of hours to wander the park and take pictures, and don’t forget to bring a bottle of water during the summer months!

Many of these sites have websites offering reduced pricing for students and tickets purchased online in advance. As of October 2013, Park Güell will begin charging admission for the first time.

Other works of Antoni Gaudi include:

Have you ever visited any of the works of Antoni Gaudi? Leave us a question or comment below!

3 thoughts on “Visiting the Works of Antoni Gaudi in Barcelona, Spain”