You may recognize this week’s celebrity travel addict, Courtney Scott, from her on-air travel talks on The Today Show, CNN, and the Steve Harvey Show. Ever since ditching the nine-to-five lifestyle back in 2007, Courtney’s been busy hosting her show, Let’s Roam for Travelocity. Here she talks about her favorite destinations and where we can expect from her next! 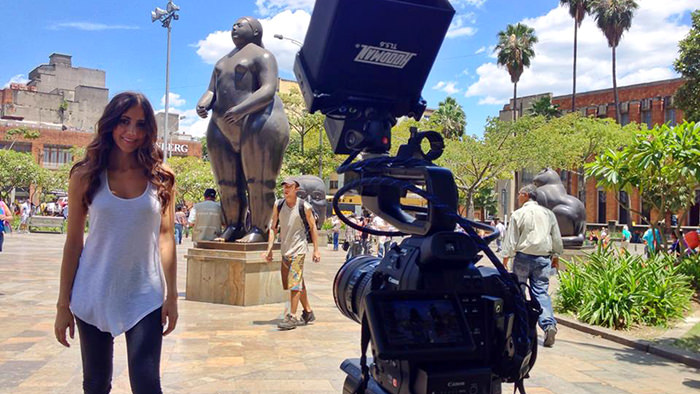 When and why did you decide that you wanted to make a career out of travel?

Somewhere between watching GlobeTrekker in my living room as a kid, and taking a travel writing class during my study abroad year in New Zealand, I realized that a travel career was the way forward.

How many days/weeks are you traveling in any given year?

I’ve been a full-time vagabond, and a part-time traveler – somewhere in between works best for me.  I’m happiest getting a plane at least once a month!

You have covered several destinations for your job as host of Let’s Roam. What was the most exotic?

Your most adventurous travel experience?

Quitting my job and booking a one-way ticket to Italy to teach English.  I had an address and the name of my new boss scribbled on a shred of paper, which I still have to this day.  I thought it might have been a scam, but it wasn’t.  It was awesome.  Life has never been the same. Not enough!  Never enough! 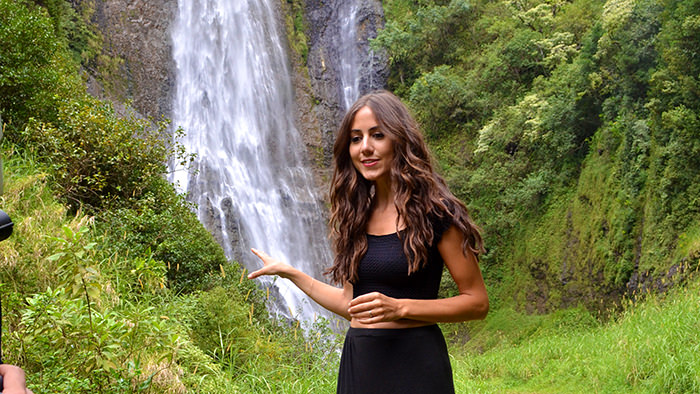 How many countries have you been to?

Name your top three destinations (one historic, one gastronomic, and one picturesque)

Give us your ‘Top 5’ list for one of the above destinations, like a mini-guide or to-do list of sorts (it could be anything such as a restaurant you recommend, a unique hotel, activity, etc.) 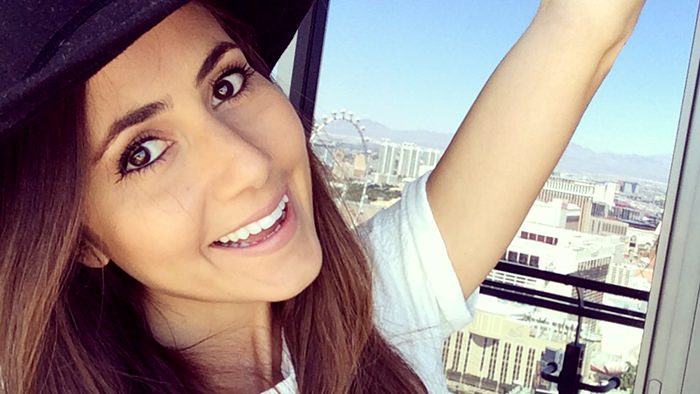 What destination do you find yourself returning to again and again? What about it is so alluring?

It’s Italy and here’s why.

Favorite restaurant in the U.S.?

Uff, that’s tough.  I can’t really narrow it down to one but I love The Smile in NYC, Antica Pesa in Brooklyn, Lure Fishbar (Miami or NYC), Gjelina in Abbott Kinney.  I’m 100% Italian, so it goes without saying that my favorite eatery is actually my grandma’s kitchen. 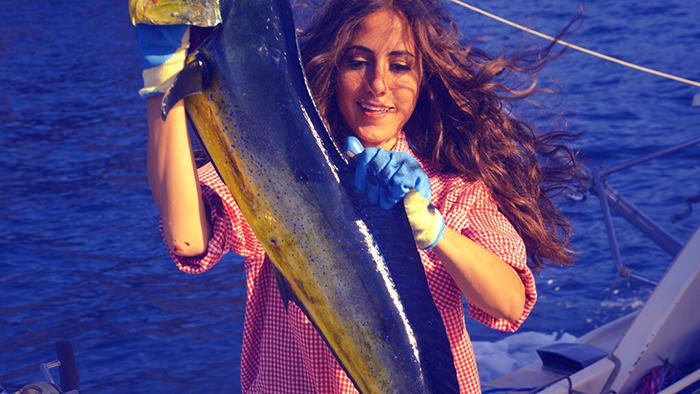 Favorite city in the U.S.?

New York City.  I was born in Long Island and when I’m not living abroad, I’m living in Brooklyn.  I’ve been to other U.S. cities but nowhere quite compares for me.   There’s always something new to discover in New York City, even if you’ve lived here for 10 years….50 years.

It’s not a restaurant; it’s an amazing cocktail bar called Lidkoeb in Copenhagen.

Favorite airport in the world?

Bangkok International Airport is pretty crazy.  It has one of the largest airport terminals in the world.

I don’t necessarily have a favorite airline, but I fly Delta most often.

Place with the friendliest people?

I think there is a direct correlation between living on an island and being friendly. Some of the friendliest people I’ve ever met traveling were in Curacao and Fiji. 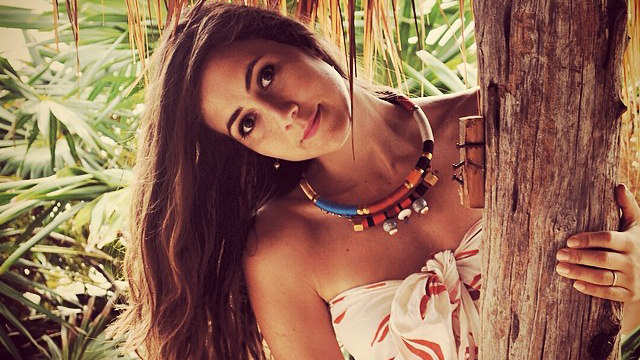 If your travels had a soundtrack what album would it be?

I tend to become fixated on certain musical styles based on the countries I visit.  I couldn’t stop listening to Carlos Vives after my trip to Colombia, Zvonko Bodgdan after my trip to Serbia and Finnebassen after my trip to Amsterdam.  Needless to say my soundtrack to travel would be eclectic, and inevitably something I’ve discovered on Soundcloud.

Most influential person you have met while traveling?

At the sake of sounding cheesy, I think every person I’ve encountered while traveling has influenced me.  Anyone with a story to tell – I’m all ears.

A destination that surpassed all your expectations and surprised you the most?

New Zealand.  The beauty of that trip, was that I had no expectations.  But New Zealand far surpassed anything even my wild imagination could conjure up! 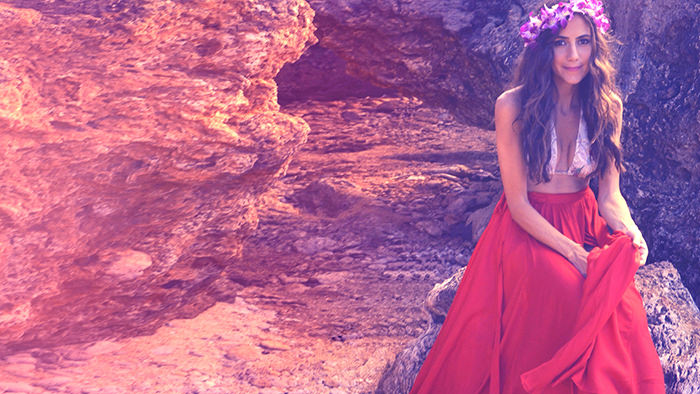 You have done several TV appearances of Fox & Friends and The Today Show. What is your favorite segment?

Actually it was a spontaneous “After The Show” segment. The producer asked me to stick around after my regular segment and the anchors and I chatted about my latest travels.  It was totally unrehearsed.

Your best piece of travel advice?

Don’t procrastinate. If not now? When?

What are some challenges you’ve faced with a career in travel journalism? 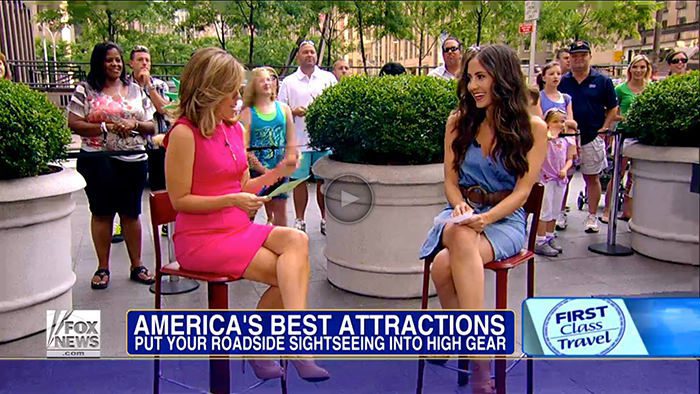 What are five things you could never travel without?

What is your dream destination?

What projects are you currently working on?

My new website is finally complete, I just launched a new Travel Q&A series for Travelocity and some other exciting projects will be announced on my Instagram page soon! 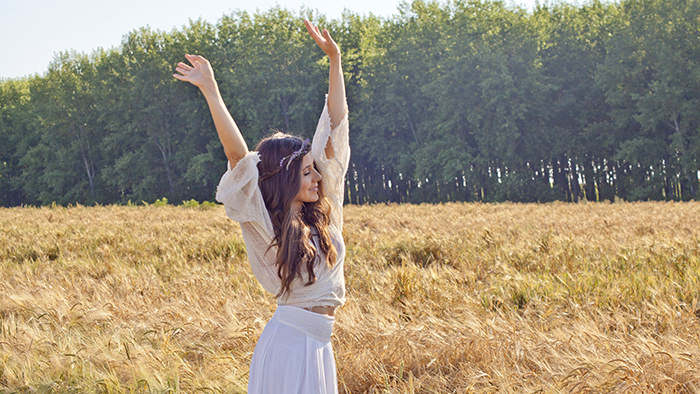 I saw this one recently and it made me smile.

Courtney Scott is a travel blogger and web series host with a permanent case of wanderlust and a penchant for passport stamps.  Once, confined to a New York City cubicle, she dreamed of a life less regular. So in 2007, Courtney bought a one-way ticket to Italy.  She started a travel blog and never looked back. Today, Courtney Scott is the Senior Editor and on-air travel expert for Travelocity, and a travel blogger at CourtneyScott.tv.  She also hosts and producers the web series Let’s Roam.