Earlier this year I had the opportunity to get up close and personal with Asian elephants at Chiang Mai’s fascinating Elephant Nature Park in Northern Thailand. This amazing rescue center is home to over 40 distressed elephants with backgrounds as street attractions and workers in the logging trade. A visit to Elephant Nature Park is a fantastic day trip from the city of Chiang Mai, and perfect for animal lovers of all ages interested in interacting with these gentle giants. Here is some information about the park, how it came to exist, and visitor information. 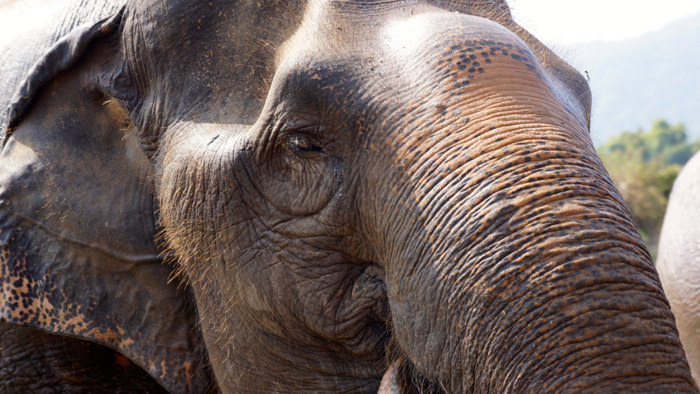 The Dark Side of Working Elephants

If you have ever visited Thailand you know that elephants are used for street begging, riding, and street shows, and while this seems cruel, there is a much more sinister practice going on in Asia’s logging industry. In Laos and Myanmar Asian elephants are used alongside machines to pick up and haul heavy logs across challenging terrain. These “timber elephants” are oftentimes abused, maimed, and severely injured on the job. 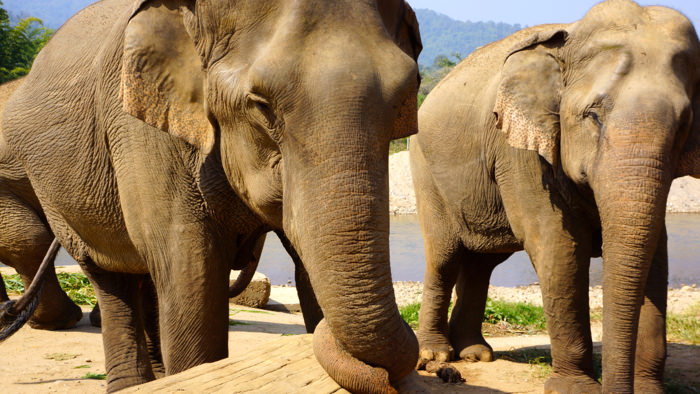 The symbiotic relationship of the gentle yet stern mahout and his obedient elephant has given way to aggressive handlers employing any brutal means necessary, including chaining and beating the elephants in order to get them to work. Elephant Nature Park is one of few rehabilitation centers in the world that take in aging, overworked, and crippled timber elephants that have somehow managed to survive this dangerous work.

This is where Sangduen “Lek” Chailert comes in. Lek helped found the sanctuary in 1996. She advocates for the rights and welfare of Asian elephants in Thailand. Lek has been honored for her work by Time Magazine, the Humane Society of the United States, and by U.S. Secretary of State Hillary Rodham Clinton as one of six Women Heroes of Global Conservation in 2010. She spent about an hour with me during my visit explaining why she began the Save Elephant Foundation and why visiting the Elephant Nature Park is a rewarding, exciting, and unforgettable experience for people traveling in Northern Thailand.

I saw first-hand why they call Lek the “Elephant Whisperer.” While most of us would be scared to approach a herd of adult elephants, some of which are completely blind, Lek does it with as much ease as we would walk up to a litter of puppies. She has no qualms about being prodded by several colossal trunks at a time, squeezed between two enormous pachyderm bodies, or sniffed up and down by hungry elephants that know she has snacks in her backpack. Not once did they hurt her, and not once did she have to tell them not to. 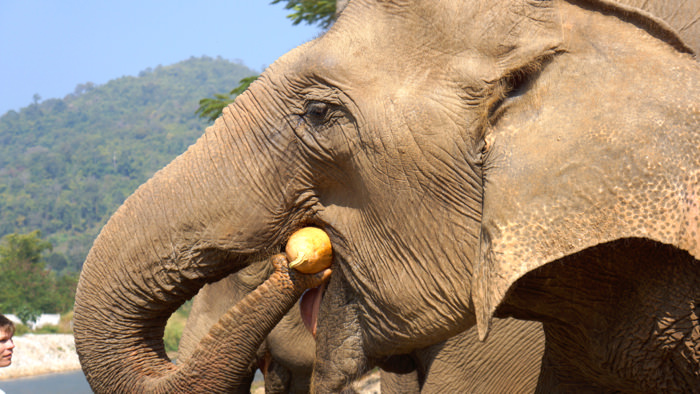 Elephant Nature Park is the largest elephant rescue and rehabilitation center in the country, and they have plans to expand the park boundaries so the elephants have more room to roam. Currently there are over 40 elephants residing here, most of which were rescued from the logging industry. Visitors can come for the day, one night, or a full week to volunteer. The park is also home to several dogs, cats, birds, and buffalo. 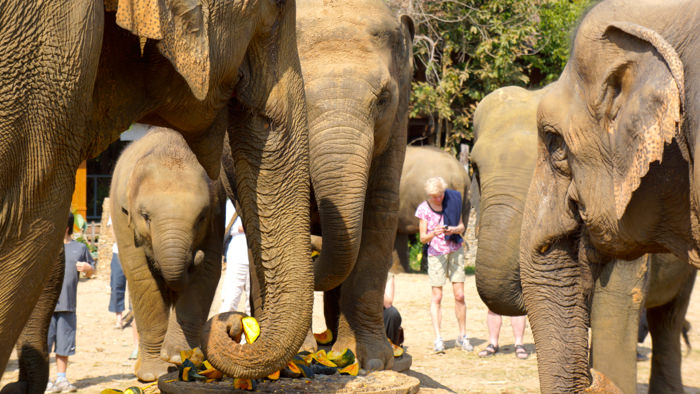 I did the single full day visit ($77), which included pick up and drop-off to my hotel in Chiang Mai, buffet lunch at the park, and an incredible day spent amongst the world’s largest land animals. Elephant Nature Park is very protective of their location, so it isn’t possible to drive there yourself. You must get picked up and dropped off by them. 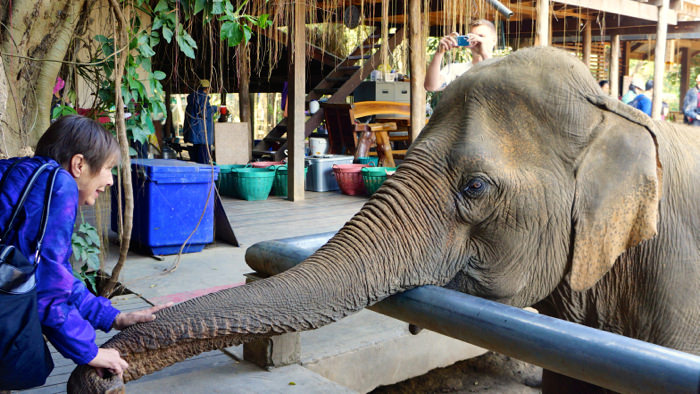 Upon arrival we were split intro groups and escorted onto a long L-shaped concrete platform. Large plastic buckets of fresh fruits were there waiting, and so were the elephants. Feeding these massive giants gave me the opportunity to admire their strength and see them eye-to-eye for the first time. I also saw the physical trauma many of these elephants experienced during their days as timber elephants. Many are blind due to slingshots used to subdue them. Others limp and shuffle because of too much physical strain. 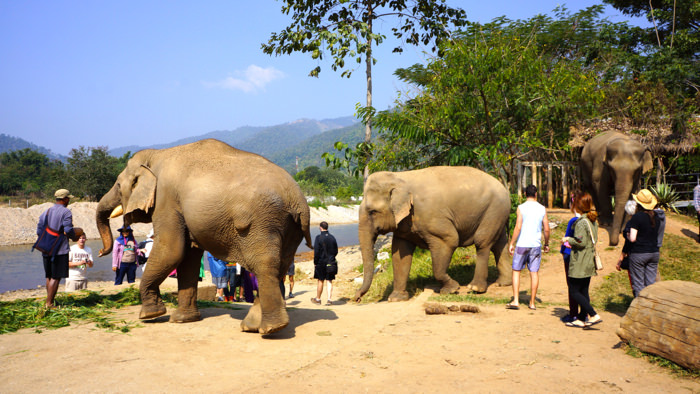 While I was there I noticed volunteers helping out around the park. They can stay for up to two weeks to help feed, clean, and care for the elephants and other resident animals. Elephant Nature Park relies on the good will of its volunteers and donations from the public to help sustain their operation. 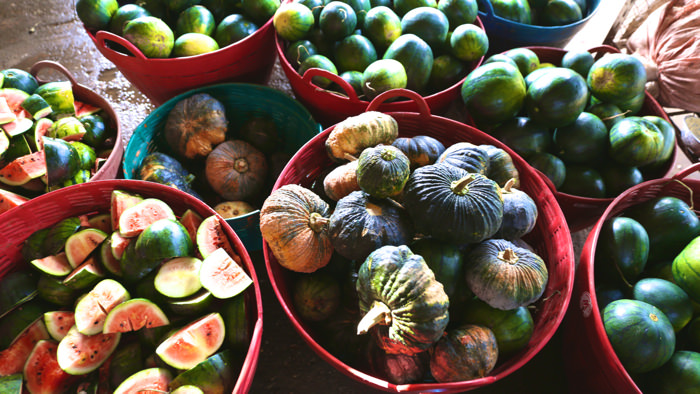 After lunch (a delicious buffet spread of Thai and international foods) we were led down to the river for bath time. Each group of visitors gets to bathe a pair of elephants as a park keeper feeds them. Afterwards they had a good long dust bath to keep the insects at bay. 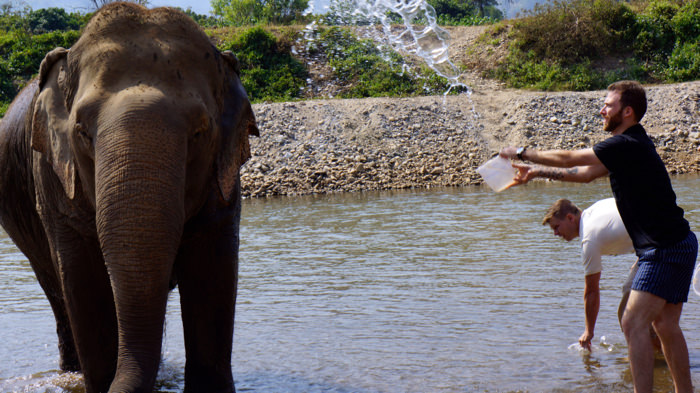 Why Should You Visit Elephant Nature Park?

If you’re into feel-good stories with happy endings, then Elephant Nature Park is for you. Responsible tourism isn’t always convenient, but in this case it is. A day spent here is a wonderful way to get acquainted with these incredible creatures, which for centuries have been an integral part of Thai culture symbolizing royalty, religion, and power. 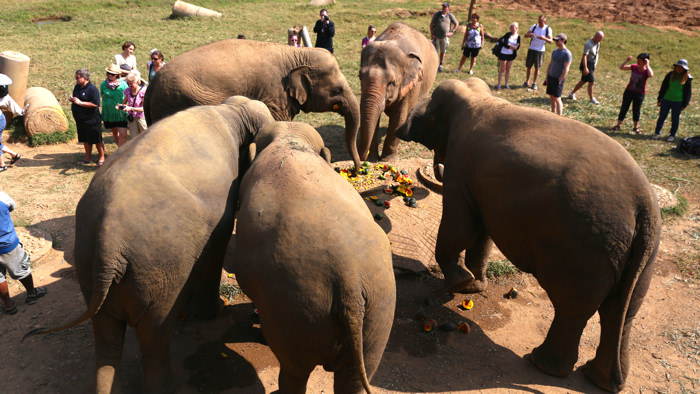 Not only will you get to feed, bathe, and touch them, you’ll learn so much about their species, their plight, and what steps we can all take to help save them. For one, we learned not to support working elephants in the street. As cute as the baby elephants are begging for food or standing by for a photo opportunity, don’t fuel their mistreatment by supporting the people who exploit them. Elephant riding is also a common tourist activity in Thailand, but one that is actually abusive and cruel. Elephants aren’t made to work for us. People have exploited their strength for their own benefit, and now the species is suffering tremendously. It is unlikely their keepers are using your money to properly feed or care for their elephants. Each elephant requires several dozen kilos of fresh produce each day, but chances are they are not getting what they need. Elephant Nature Park teaches tourists what signs to look for to recognize elephants in distress so that we don’t unnecessarily cause them more pain or suffering by supporting their cruel owners.

Luckily people like Lek are changing things for the better and inviting all of us to have an incredible day with free and happy elephants.

Check out more information about Volunteer Work With Elephants in Thailand. 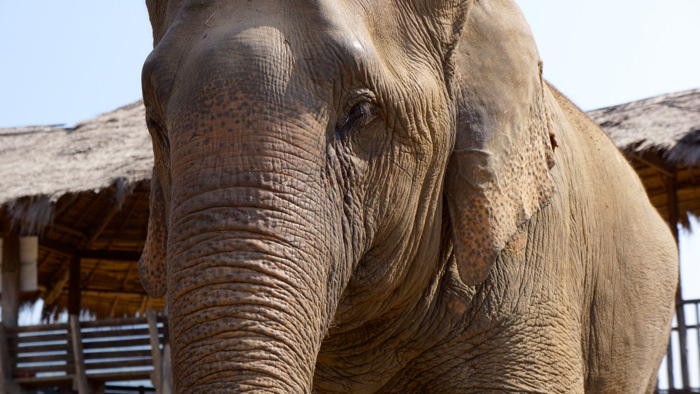