Situated just off Thailand’s scenic southwestern coast along the Andaman Sea is the enchanting island of Koh Lanta, a lush and inviting tropical paradise that has become a favorite of many world travelers while staying largely off the radar of mainstream tourists. Because of this, the things to see and do in Koh Lanta, as well as the island’s general atmosphere, are far more laid-back than the hectic streets and packed beaches of popular Thai destinations like Phuket and Samui. 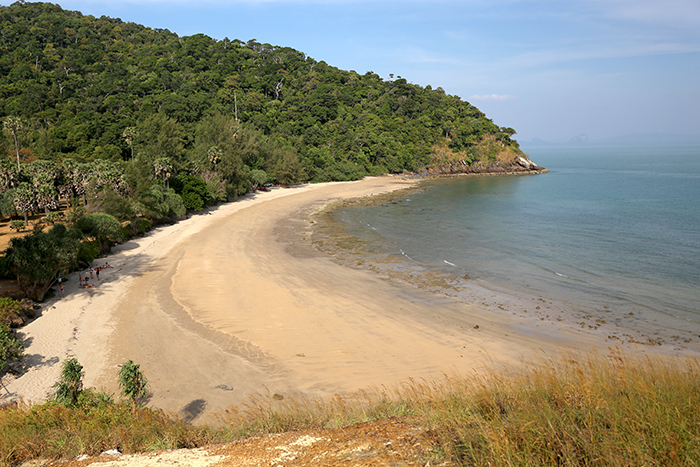 While Koh Lanta is a pristine, largely natural wonderland that boasts quiet beaches with crystal-clear waters and stunning sea vistas, the island offers much more to visitors, including charming towns, luxurious accommodations, and some of the freshest treats from the sea you’ll find just about anywhere. Here are the 5 things to see and do in Koh Lanta that you need to know about to make your next Thai vacation one for the ages! 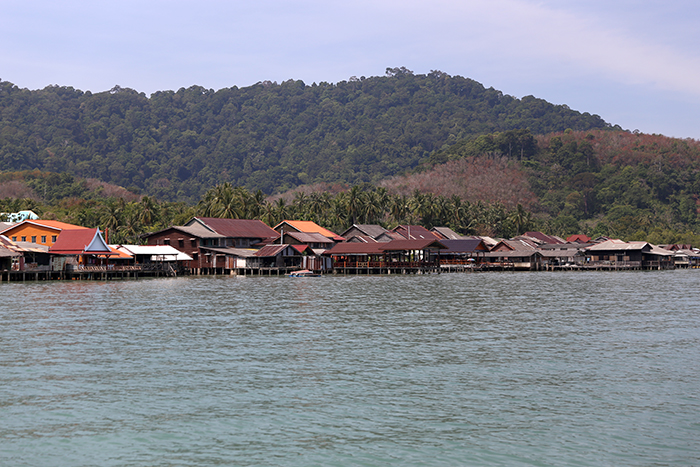 Initially a sea gypsy settlement on Koh Lanta’s east coast that later became the island’s main trading port for a time, Koh Lanta Old Town is a small, delightful village that feels as though it’s lost in time and features lots of homes that are built on stilts. With streets decorated with colorful lanterns hanging overhead, the Old Town is greatly influenced by Chinese culture. 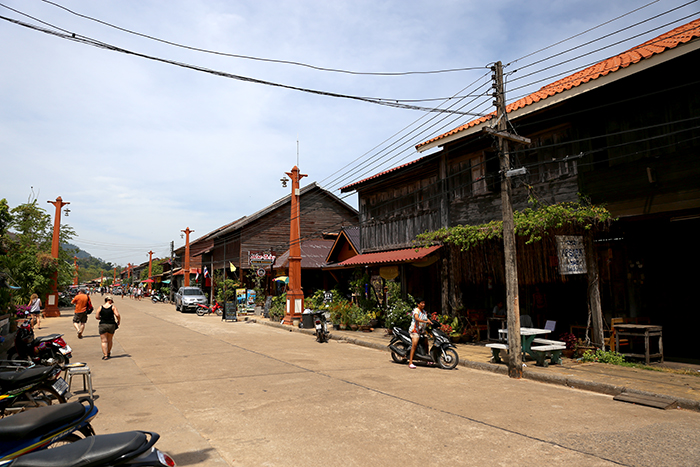 The pace in the Old Town is relaxed and laid-back, even though most of the restaurants and shops rely on tourism to get by. The shops are a great place to get some touristy activities in, and offer lots of locally-made goods and souvenirs.

Check out 5 Things to Do in Chiang Rai, Thailand 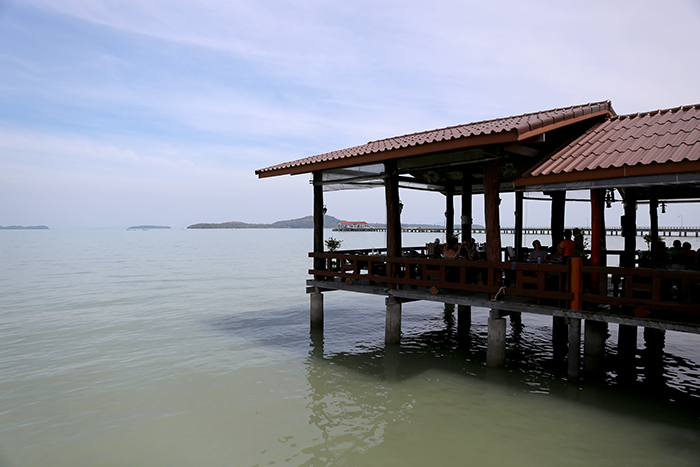 The vibe here is quite different from the rest of the island and is a fantastic place to get a feel for small-town Thai life. Don’t miss out on one of the Old Town’s neatest shops, Hammock House, where you can buy colorful, quality hammocks while supporting the local tribe that makes them, the Mlabri. It’s one of the top things see to do in Koh Lanta Old Town! 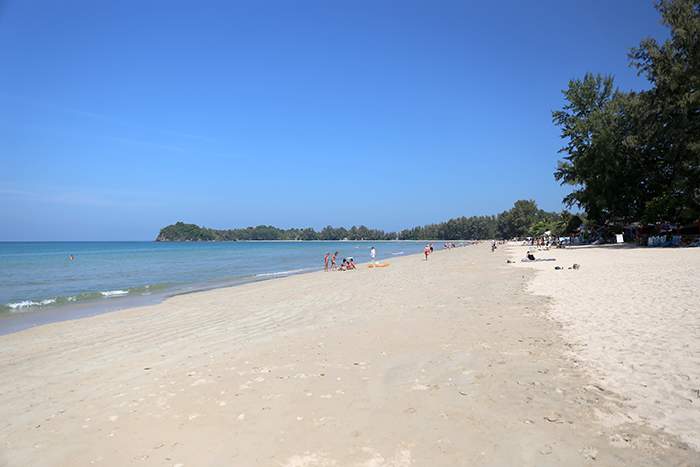 While the beaches of Phuket and Samui are loud, crowded, and overrun with partying tourists, the spacious, low-key, and largely empty beaches of Koh Lanta offer a much different atmosphere. Keep in mind that the beaches on the island change throughout the day due to the tides. A beach that’s perfect for swimming at high tide might not be so ideal at low tide when rocks and coral along the bottom make it more difficult. 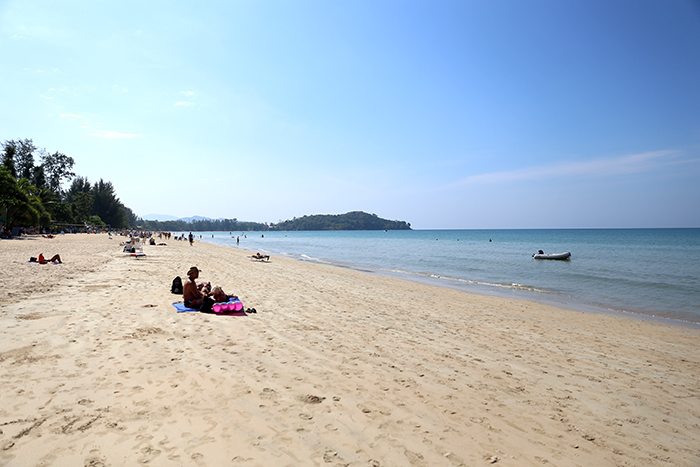 Klong Dao Beach in the northern part of the island is the a 3-kilometer-long beach with beautiful white sand and clear water, was the island’s first developed beach, while Prah Ae Beach, also known as Long Beach, is the island’s longest beach at 4 kilometers in length. Because the resorts along the beach are spread out, Long Beach never feels crowded. The waters here are deeper than other beaches on the island, which makes it perfect for adult tourists. 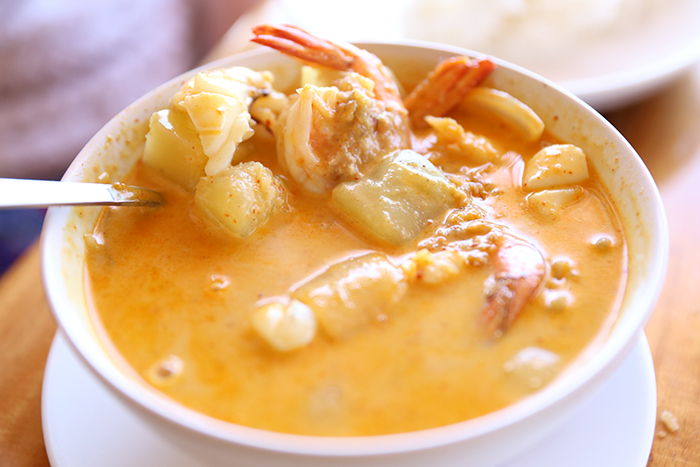 Klong Nin, meanwhile, is a smaller beach has the feel of a friendly village, and offers fantastic restaurants and beach bars, as well as comfortable villas. The emerald-green waters are super inviting, and there are rainforests at both ends of the beach. Ba Kan Tiang Beach near the southern end of the island is a 1-kilometer-long beach that is home to Pimalai Resort & Spa, the island’s only five-star resort, and is surrounded by lots of lush, green vegetation. 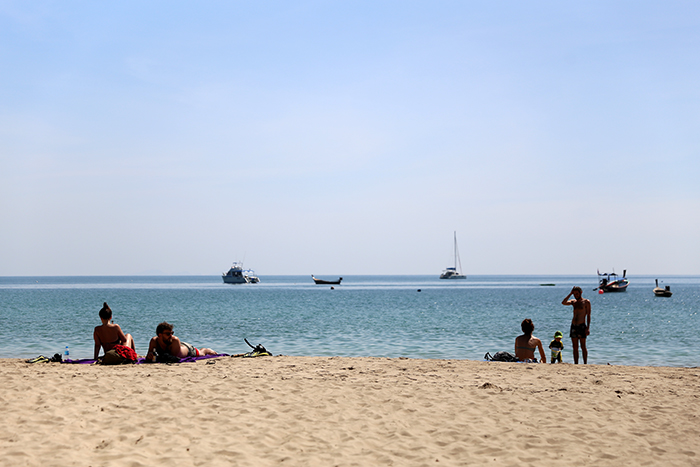 My personal favorite beach on Koh Lanta, and the one I recommend the most, is Bamboo Beach, which is a gorgeous and secluded strip of white sand that boasts sapphire-blue water that’s perfect for swimming and snorkeling, as well as scenic cliffs covered in dense, picturesque rain forest. This beach is usually quite empty of tourists, making it one of Koh Lanta’s hidden gems. Relaxing on its white sands and enjoying the turquoise waters is easily one of the best things to see and do in Koh Lanta! 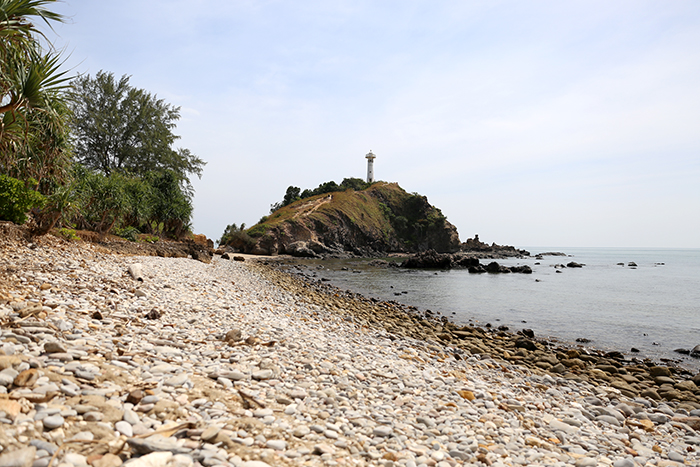 At the southern tip of Koh Lanta Island, you’ll find Mu Koh Lanta National Park, a 134-square-kilometer marine park that was established in 1990. The park encompasses numerous islands, including Ko Lanta Noi and Ko Lanta Yai, the latter of which is home to the Chao Ley, an ancient clan of sea gypsies who are known for their tradition of setting ceremonial boats adrift in June and November for good luck and prosperity. 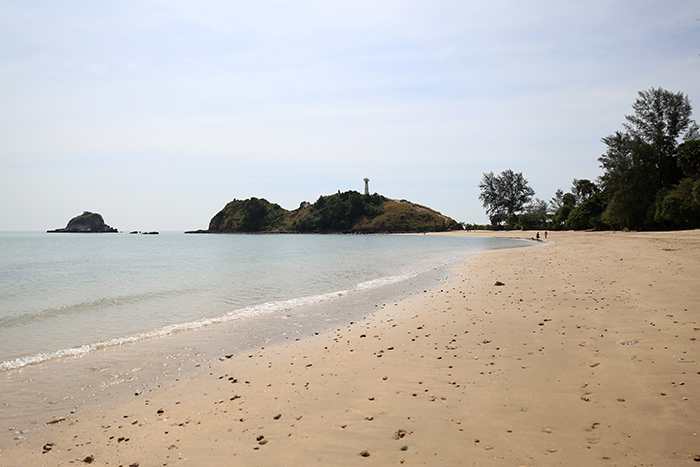 The terrain in Mu Koh Lanta National Park varies from island to island. Beach forests and many square kilometers of rugged hills covered in dense rainforest can be found on Ko Lanta Yai and Ko Ngai Islands, while other islands like Mai Ngam, South Mai Ngam, and Ngu are known for their mangrove forests. 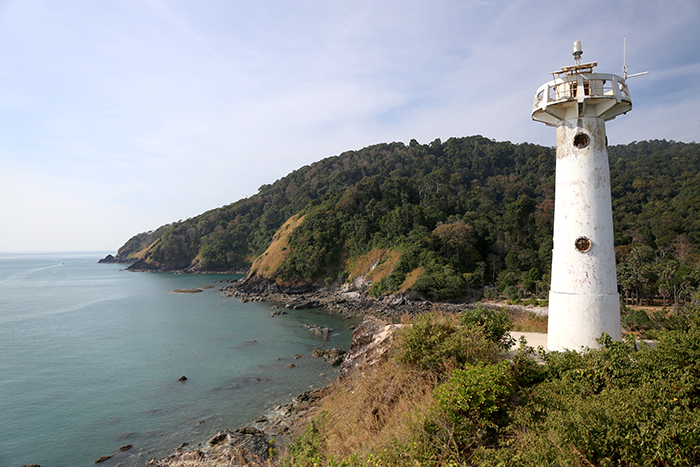 In the park on Koh Lanta Island, you can find two secluded beaches (one of which is too rocky for swimming), hiking trails, and the island’s famous lighthouse. No itinerary of things to see and do in Koh Lanta is complete without a stop at this stunning and diverse national park! 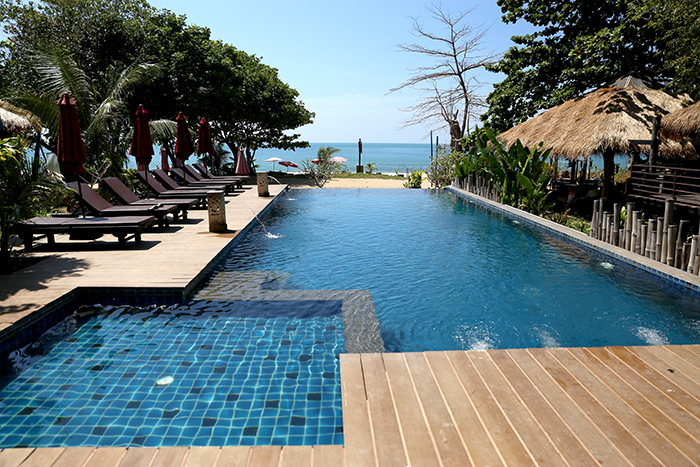 At the far end of Koh Lanta’s Bamboo Beach is one of the island’s best accommodations, Lalaanta Hideaway Hotel. With twenty-one bungalows, a private beachfront, an infinity pool, and a beach-level pool, this private and secluded luxury resort ensures a comfortable and relaxing stay for all of its guests, and anything a traveler could possibly want. I highly recommend getting a bite to eat at the on-site eatery, Castaway Restaurant, and sampling some of the delicious drinks at the Ahoy Beach Bar.

Check out Top 10 Things to See and Do in Bangkok, Thailand 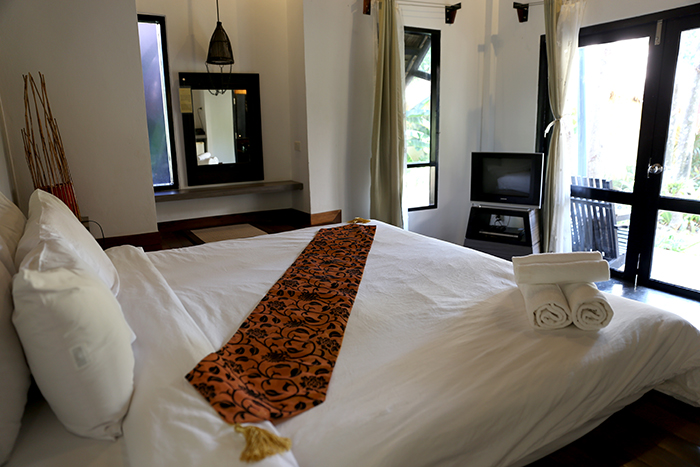 Lalaanta Hideaway Hotel also offers stunning views of the nearby beach and rainforest, making the hotel feel like a private, tropical oasis. Each artistically-designed bungalow boasts cable TV, free WiFi, air conditioning, a private bathroom, mosquito netting, a safety deposit box, coffee and tea makers, and a refrigerator. You can also arrange a massage or a motorbike rental (more on that later). The accommodations can’t be beat, and to top it all off, Lalaanta Hideaway Hotel’s fantastic location means it is just minutes from some of the top things to do in Koh Lanta, including the Mu Koh Lanta National Park! 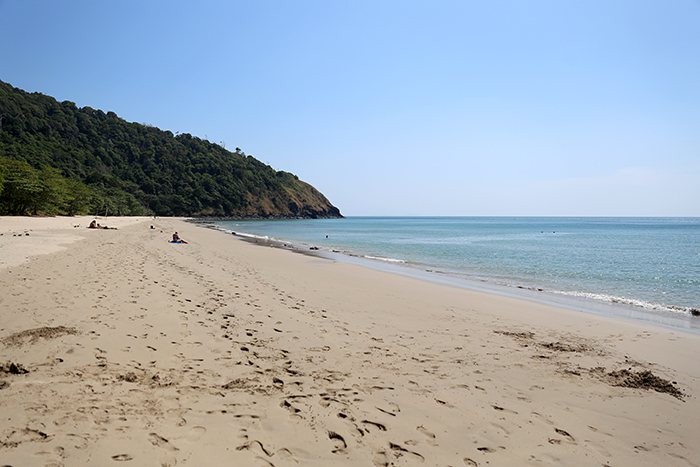 If you’re a lover of lovely, tropical destinations but aren’t a fan of crowds or general hustle and bustle, the island of Koh Lanta is the place for you. The charming, laid-back atmosphere is its signature, and its beaches, resorts, national parks, food, and even its towns are top-notch places to explore the local culture while staying far away from the throngs of tourists you’ll find in other world-class Thai locations. If some rest and relaxation is what the doctor ordered, there’s no better place to get it than Koh Lanta Island. Book your trip there today! 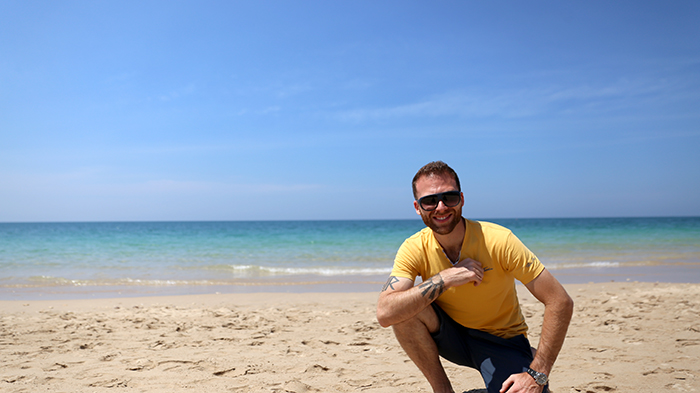 NOTE: Many travelers recommend renting a scooter or motorbike to get around Koh Lanta, and even locals will try to convince you that it is the best way to see all the sites that the island has to offer. I have to disagree, though. Many of the Koh Lanta’s beaches are so secluded that a scooter isn’t a practical way to get to them. The island is also littered with steep hills and unpaved roads with numerous potholes, and trying to pilot a scooter on them can be very dangerous, and accidents are quite common. I suggest renting a car instead. It’s more expensive, but it’s also much more practical and a lot safer

One thought on “Things to See and Do in Koh Lanta, Thailand”