David’s Been Here takes us on another fantastic adventure in the Spanish region of Catalunya (Catalonia) to the beachside town of Badalona. Just a metro ride away from Barcelona, Badalona offers a charming respite front the hustle and bustle of city life. In this episode David takes us around town to show us what to do on a day trip to Badalona. Hint: it involves two of David’s favorite things: history and food! 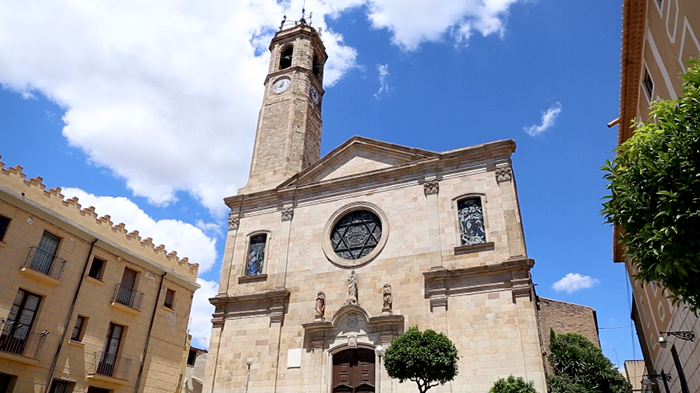 First stop is are the Roman ruins that Badalona is known for. In ancient times, Badalona was known as “Baetulo” and Barcelona was known as “Barcino.” Both were large seaports with an extensive network of roads, residential quarters, and public buildings. The ruins of ancient Baetulo are housed within the Badalona Museum, located in the center of town at Plaça Assemblea de Catalunya, 1. The city dates back to the 1st century B.C., making it one of the oldest Roman settlements on the Iberian Peninsula! 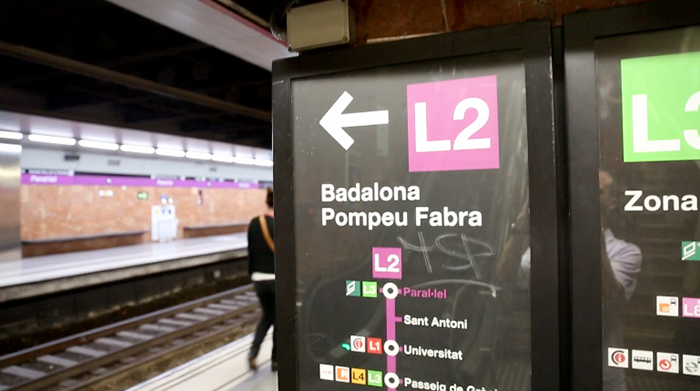 Directions to Museum: Go the very end of L2 (the purple one) on the Metro at Badalona Pompeu Fabra. From the main exit go up hill to the next set of traffic lights and cross Avinguda de Martí Pujol and then go along Via Augusta for a couple of hundred metres. The Museum is on the corner of Via Agusta and Carrer de les Termes Romanes. 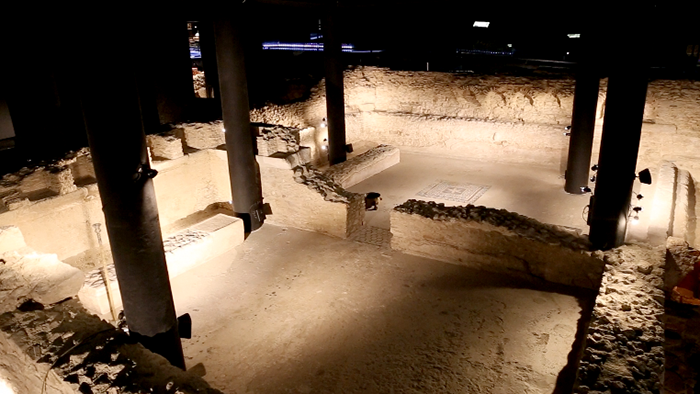 David takes us around the main exhibits of the museum, showing us the beautiful mosaics, old city walls, cardo maximus, and several artifacts uncovered at the site (pottery, coins, lamps, sculptures, and carvings). The Badalona Museum is especially interesting thanks to interactive displays and knowledgeable staff who provide detailed explanations about how Romans lived during that time. 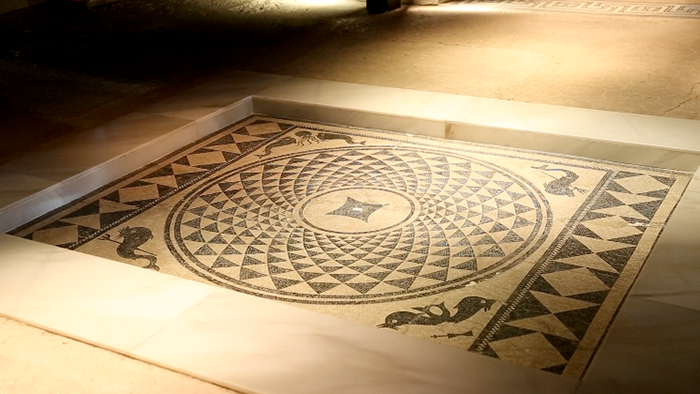 A short walk from the museum is Casa Dels Dofins, a enclosed archaeological site containing the remains of a wealthy Roman “domus” or home. True to the architectural style of the time, all the rooms in the domus are centered around an atrium (courtyard). The name of the home, which means “house of the dolphins” comes from the dolphin mosaics found at the site. A walk around the Casa Dels Dofins exhibit reveals just how beautiful this house must have been during its Baetulo’s prime. 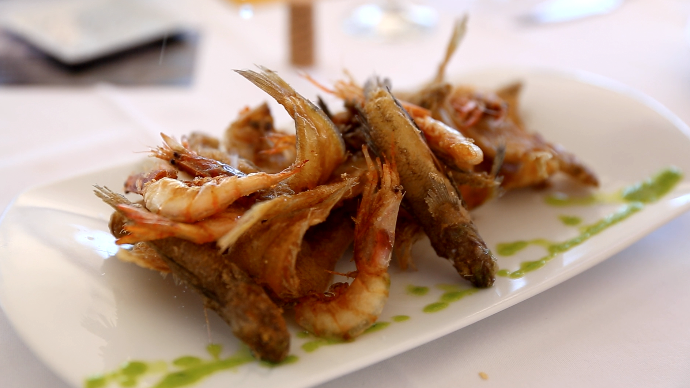 After so much history, David works up quite an appetite, so he heads to a popular seafood restaurant in town. With an endless supply of fresh fish from the Mediterranean, it is no wonder why La Donzella de la Costa restaurant is always packed. David tries some of the house specialties including razor clams, fried sardines and shrimp, octopus, monkfish filet, and a tasty seafood paella. Then he tops it all off with a dessert sampling of tarts and Crema Catalana (creme brûlée). Prices are reasonable and the view can’t be beat! 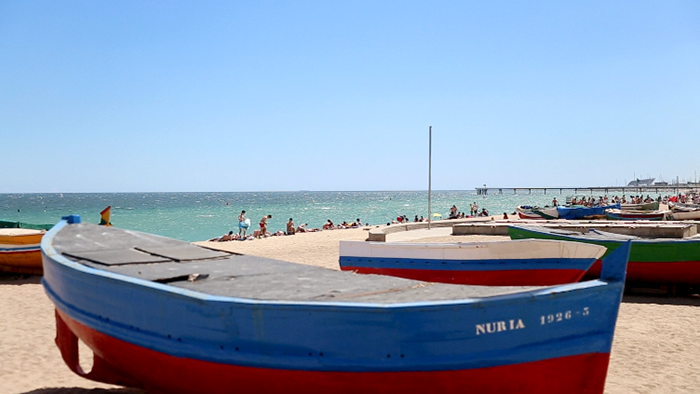 If it’s fun in the sun that you crave, Badalona has a gorgeous stretch of beach perfect for swimming and relaxing. The seafront promenade is lines with cafes, restaurants, and shops. So you see, there is much to hold you in Badalona for a day or two, which makes it a great day trip option from Barcelona.

What are your favorite day trips from Barcelona? Leave us a comment below!