Bitola is the second largest city in Macedonia with a history dating back to the middle of the 4th century B.C. Back then it was known to the ancient world as Heraclea Lyncestis, a city founded by Phillip II of Macedon (father of Alexander the Great). For this, Bitola is the oldest city in the Republic of Macedonia. 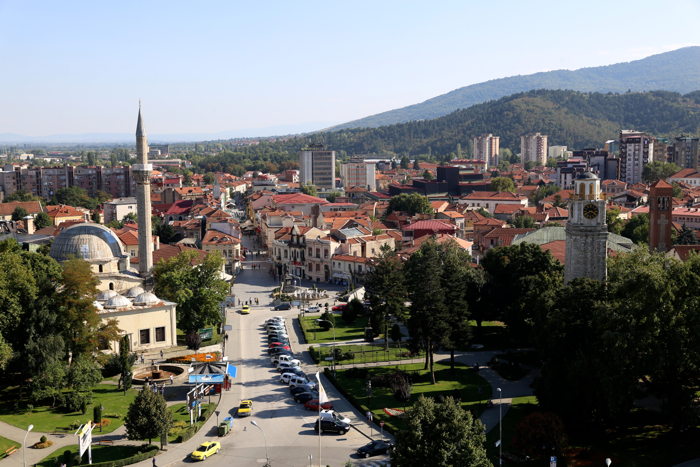 Modern-day Bitola is a veritable mix of old and new, where Ottoman constructions and ancient ruins intermingle with modern office buildings. Exploring Bitola by foot is the easiest way to take in the city’s sights and sounds. It takes about a day to see the main sights such as the many mosques, markets, and the Saat Kula 17th century Clock Tower. Plan to stay an extra night or two if you want to experience Pelister National Park. Things to do in Bitola include shopping, eating, and taking in the historical sites. 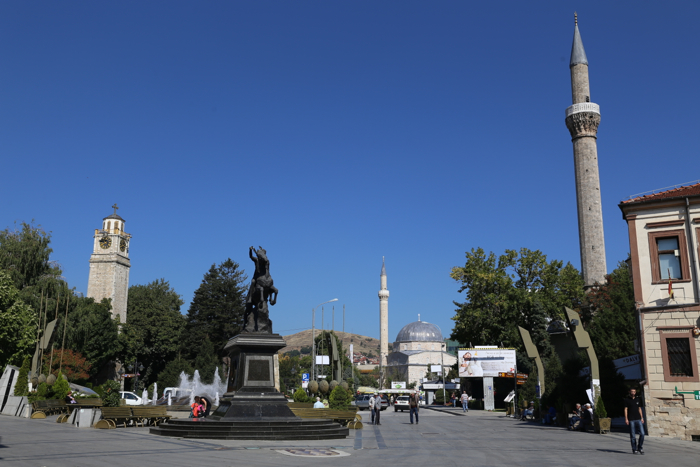 As is the case with most other Balkan countries, Macedonia has played host to several dominating powers throughout the centuries including Greeks, Romans, Byzantines, Slavs, and Ottomans. Each has left a distinct mark on Macedonian culture that can still be felt to this day. 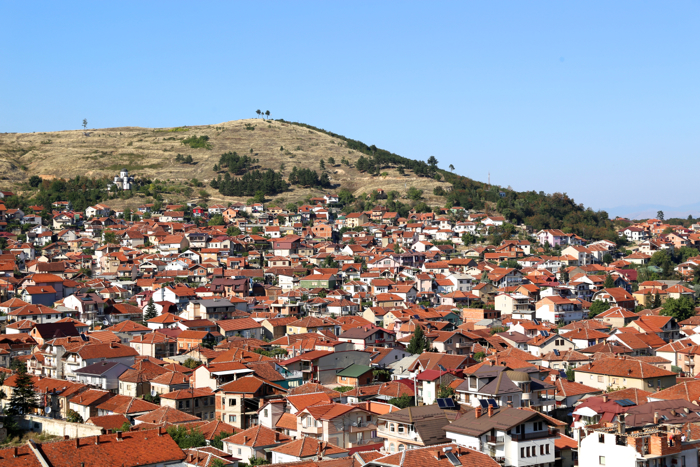 After spending an incredible 9 days exploring Macedonia with the support of Macedonia Timeless, here is my list for the top 5 things to do in the charming city of Bitola. 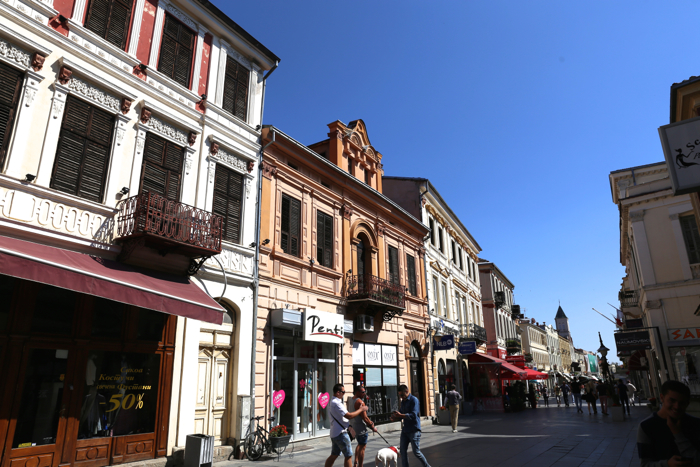 Širok Sokak Street (Wide Street) is the place to see and be seen in Bitola. This pedestrian boulevard is lined with shops, cafes, and restaurants. It begins in Magnolia Square, Bitola’s main square. From here you can already begin to see the old Macedonian and Ottoman-style houses. Once you’ve seen the nearby Saat Kula Clock Tower and Vergina Sun Fountain in Magnolia Square, start your stroll up Širok Sokak Street. Our guide made a point of saying that if you don’t make time to have a coffee and people watch at one of the cafes along Širok Sokak Street, it’s like you haven’t been to Bitola. They say that the prettiest girls in Macedonia parade up and down the street dressed in their best clothes. 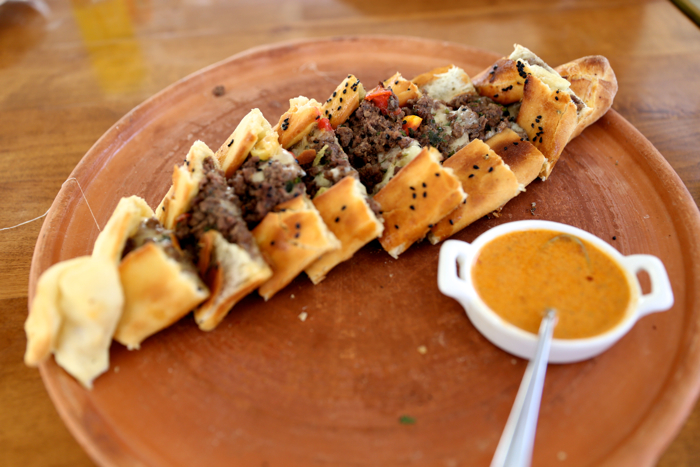 Where to eat: Vino Bar Bure in Magnolia Square (Širok Sokak, 37). The menu is a mix of Balkan favorites, Turkish specialties, and oven-baked pizzas.

Tour the Museum of Bitola 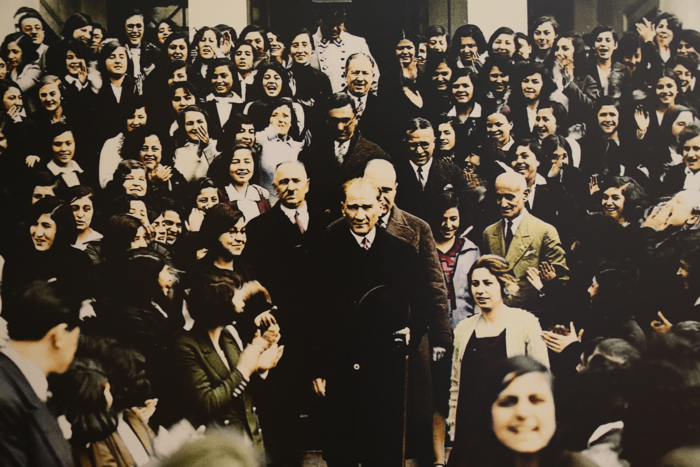 For those of us that love a good history lesson, visiting the Museum of Bitola is a great way to learn about the Balkan struggle for independence from the Ottomans. The museum itself is situated in a mid-19th century building that served as a military academy. In 1983 it was repurposed into a museum to honor its most famous student, Mustafa Kemal Atatürk, a Turkish army officer and first President of Turkey. 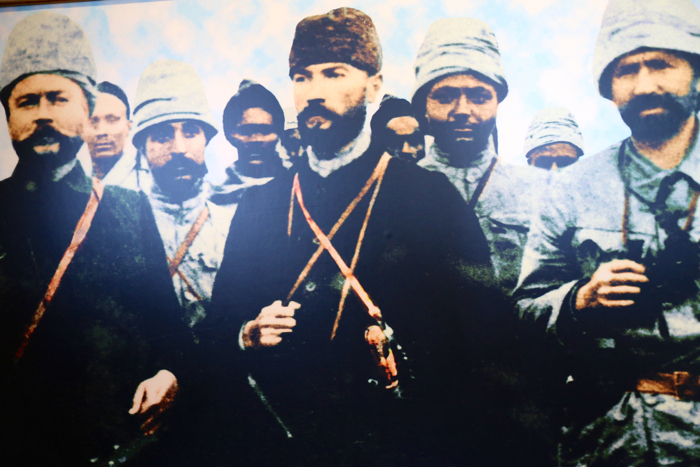 He is credited with helping to overthrow the Ottomans and establishing the Republic of Turkey (the Istanbul airport bears his name). Atatürk was born is Salonica (modern-day Thessaloniki, Greece) and attended military school in Bitola. 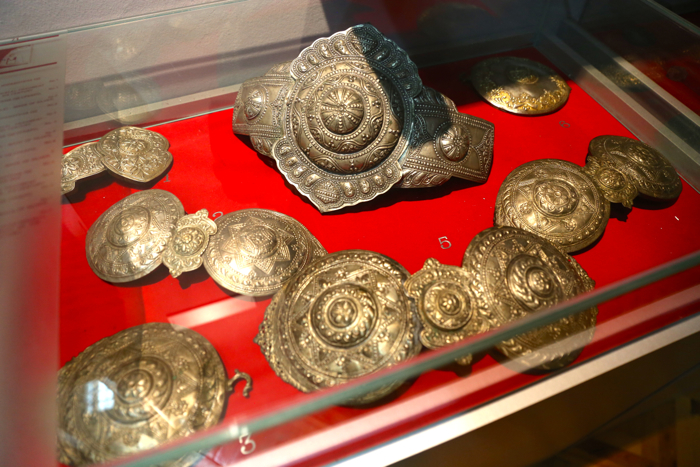 In additional to a wealth of information on Atatürk’s life and military accomplishments, the Museum of Bitola also houses archaeological exhibits, reproductions of Leonardo Da Vinci, ethnographic materials such as traditional costumes, a reproduction of a traditional village home, and the Exhibition Hall of Mustafa Kemal Atatürk that contains examples of his written work, memorabilia from his private life, as well as battle strategies and a library.

Visit the Ruins of Heraclea Lyncestis 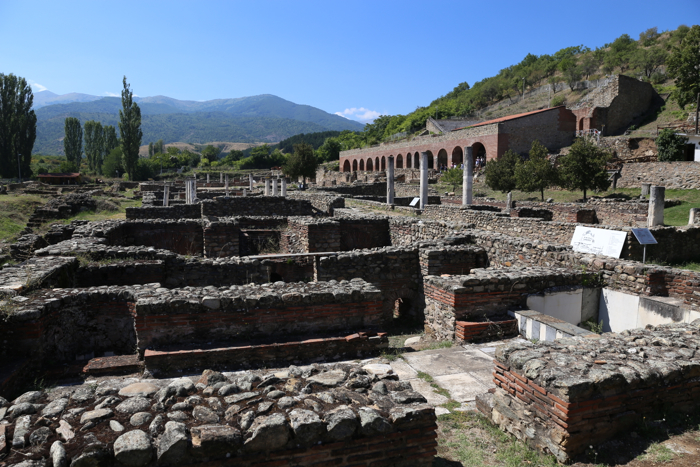 Heraclea Lyncestis was an ancient city in the kingdom of Macedon. Phillip II of Macedon founded it in the 4th century B.C. With the presence of Greeks and Romans throughout the Balkan Peninsula, each made their mark on Heraclea Lyncestis. 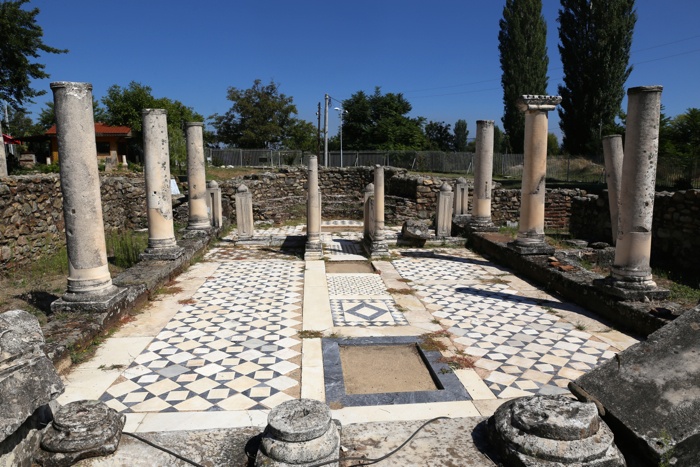 The ruins of Heraclea Lyncestis are a testament to their tangible influences and dominance. The ruins themselves are located just 2 kilometers south from the center Bitola, at the foot of Baba Mountain. 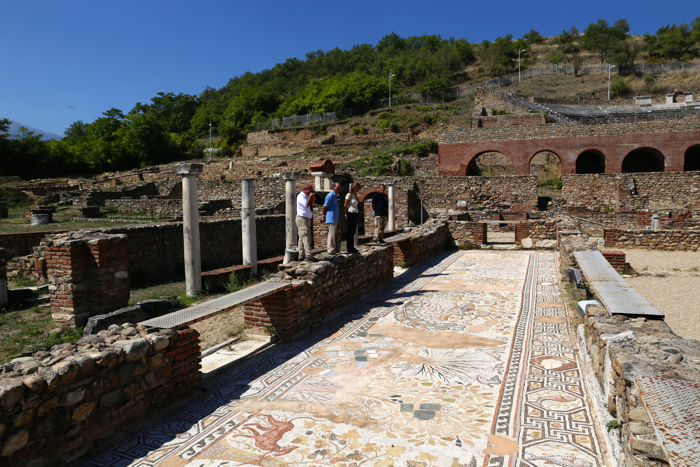 Though smaller than the original city, the archaeological site of Heraclea Lyncestis holds several important buildings and sites. These include the Roman theatre, Roman thermae (bath complex), small and large basilicas added by the Byzantines, Jewish temple, and intricate church floor mosaics that are fantastic examples of early Christian art. 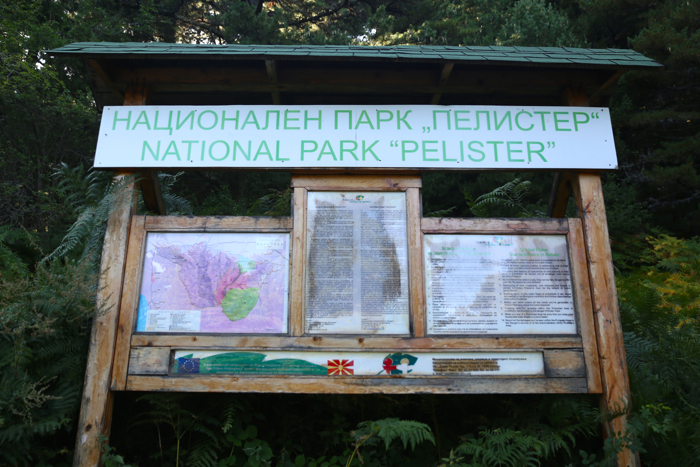 It would be a shame to come to Bitola and miss Pelister National Park, a 17,150-hectare nature preserve on the north side of Mount Baba. Its mild climate and gentle slope make it ideal for hiking and skiing. Pelister National Park is home to a unique array of flora and fauna, as well as natural springs, waterfalls, and glacial lakes. 29% of Macedonia’s flora and fauna are found in Pelister. Its most famous species is the Molika tree, which can grow up to 40 meters (131 feet) high and live for over 200 years. 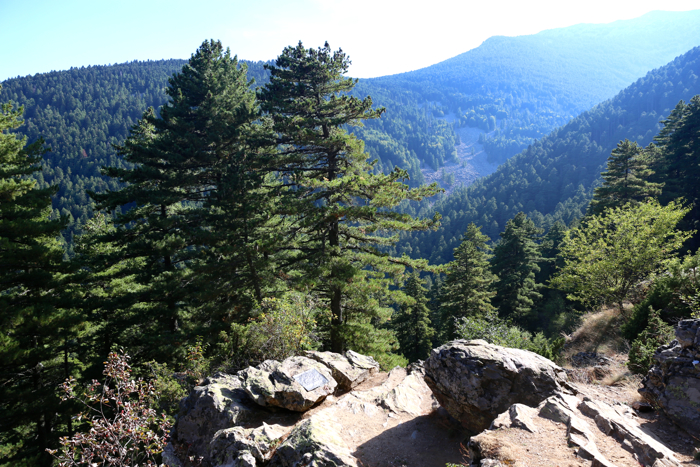 Pelister boasts several established hiking paths and clearly marked nature trails, as well as horseback riding, picnicking spots, rock climbing, and skiing. Visitors can stay the night at one of the accommodations located within the park such as Hotel Molika or Kapri Hotel & Restaurant. 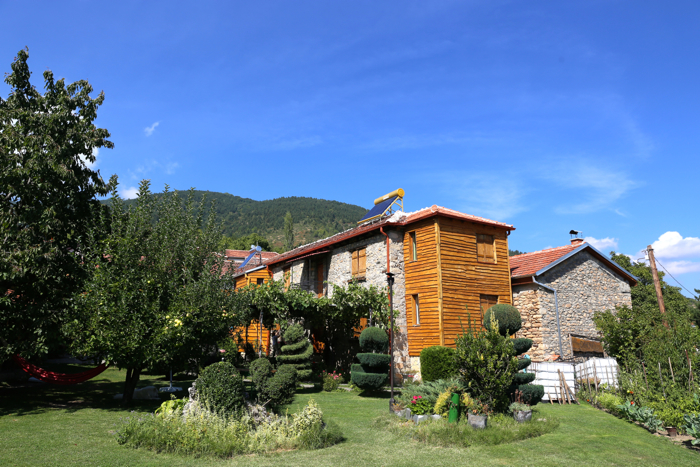 Another “must” when in Bitola is a day trip to experience Villa Dihovo, a family-run guesthouse in the small mountain village of Dihovo. Voted as one of Europe’s Secret Places by Lonely Planet, Villa Dihovo is an incredible dining experience and accommodation if you choose to stay the night in its traditional 1920’s Macedonian guesthouse. What makes Villa Dihovo so unique is that guests choose what they pay to eat and sleep there. You read that right – the guests get to pay what they want. The only thing at Villa Dihovo that has a fixed price is the alcohol. 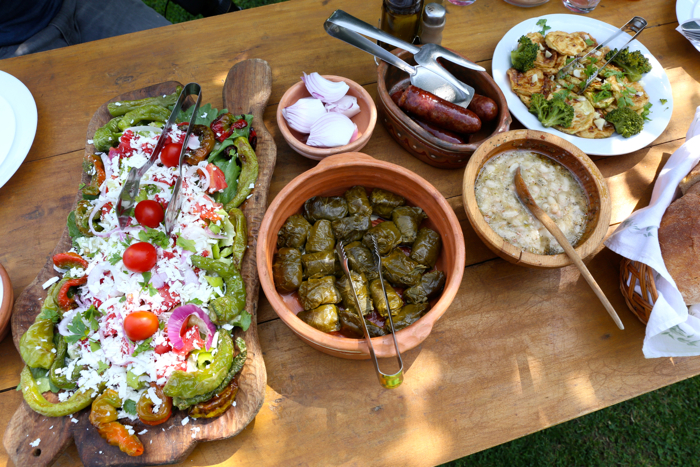 From here it’s easy to access the nature trails and hiking paths of Pelister National Park. From the city center of Bitola it is only a 5-10 minute drive. A taxi ride will run you about 120-140 Macedonian Denars (2 €). 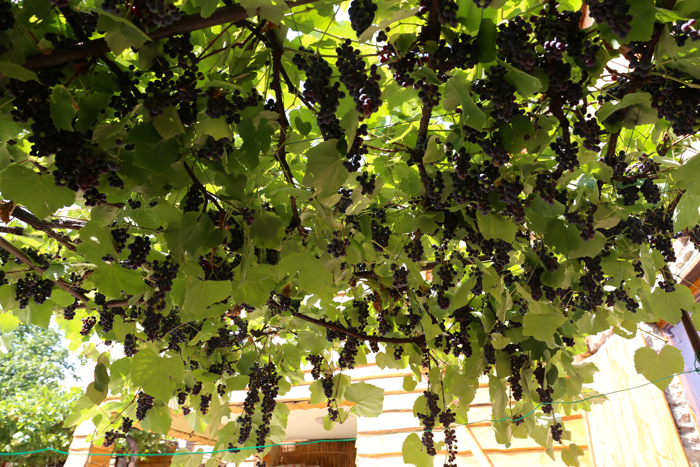 We didn’t spend the night but we came to try their delectable menu of homegrown organic veggies and daily Macedonian specials. Truly of the best things to do in Macedonia!

Shop for Souvenirs at the Stara Čaršija (Old Bazaar) 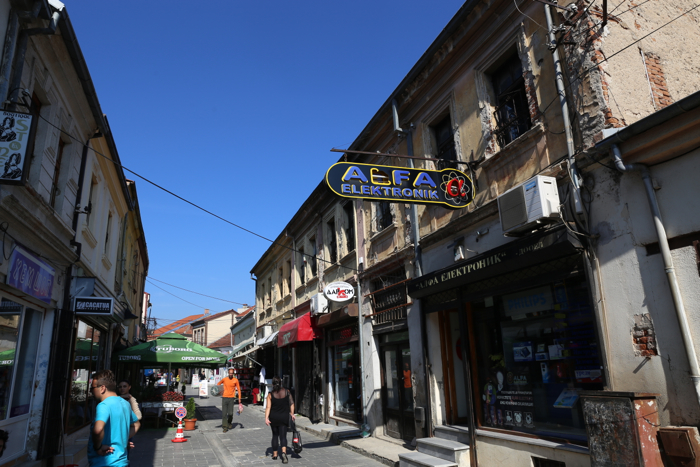 Bitola was a center of trade in the Balkans, which makes it no wonder why the Turks established a bazaar here during their rule. Stara Čaršija, or the Old Bazaar of Bitola, is one of the city’s most important cultural and social features. Walking the cobblestone streets it is easy to gain a sense of how the bazaar felt in its heyday – it boasted over 900 shops selling everything from housewares to farm animals. Historically, the Old Bazaar was the place where you could find anything you needed (soap, cobbler, silk, gunpowder, wool, leather, etc.) 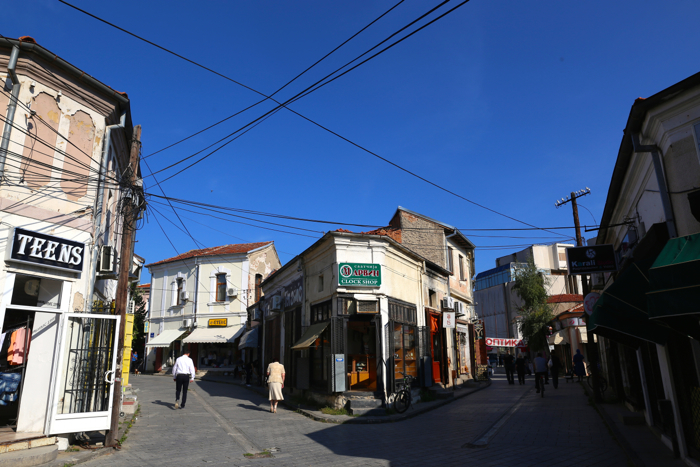 Nowadays the Old Bazaar of Bitola is still a lively place for shopping, especially for souvenirs such as hand woven wool blankets and rugs. It is smaller than the bazaar in Skopje, but there is plenty to buy nonetheless.

Tipping policy: Tipping is not standard, but is always welcome!

Food and drink: Like other Balkan countries, Macedonians eat a lot of meat. They are also known for their refreshing heaping salads of fresh greens, tomatoes, and peppers topped with local cheese. Tavce gravce is the unofficial national dish (beans, paprika, and other vegetables served with sausage and bread). Fresh fish can be enjoyed here as well, especially around Lake Ohrid where the lake trout is a specialty. 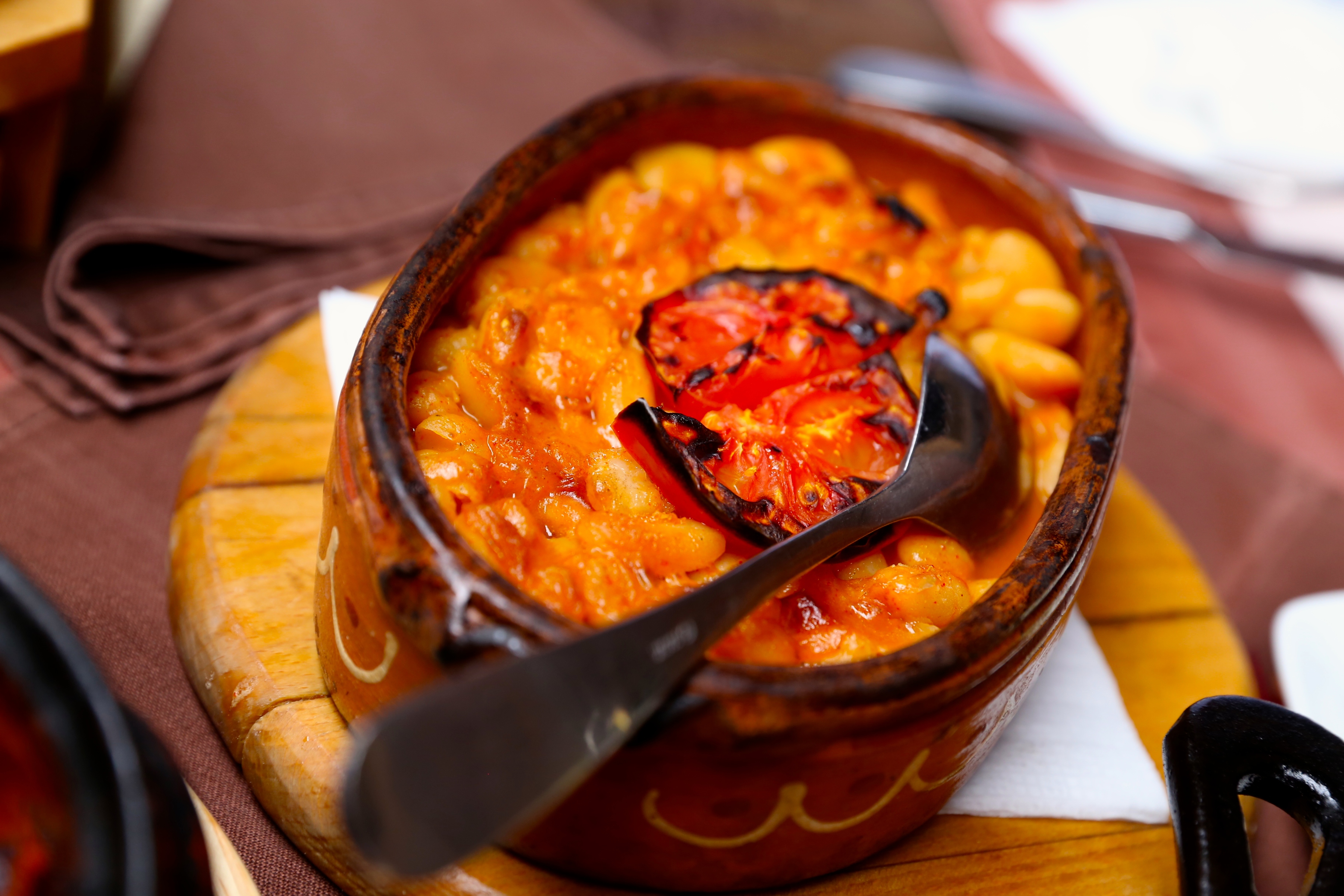 Macedonians have been making wine for centuries. The Vranec variety is made from a local grape and is quite good. Commonly served white varieties are Temjanika and Traminec. Rakija is also very popular here as in other Balkan countries. It is a strong grape brandy and Macedonia’s undisputed national drink. 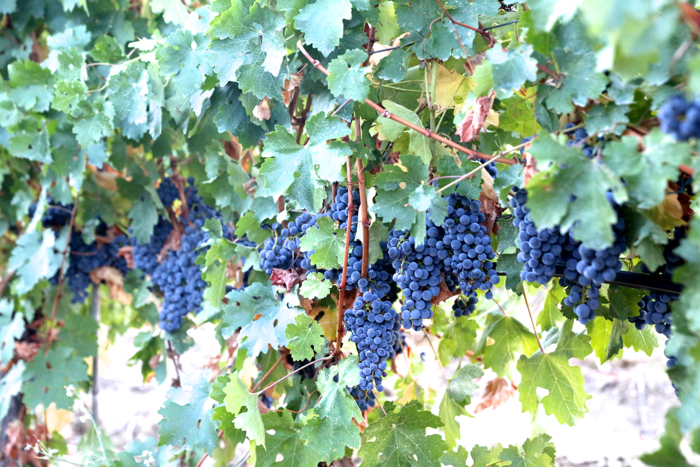 Have you been to Macedonia? If so, what are your top 5 things to do in Bitola?

7 thoughts on “Top 5 Things to Do in Bitola, Macedonia”