My second full day in Albania continued after I arrived in the seaside port city of Durrës, the second-most populous city in the country! I hit the ground running immediately to dive right into the incredible sites and flavors of this beautiful city. Join me as I try some amazing Albanian seafood and explore the ancient attractions of Durrës, Albania!

Durrës is an ancient city with Hellenistic roots that was founded on the Illyrian coast back in the 7th century BC. There’s so much history there and I couldn’t wait to explore it all with my friend Ani from Balkan Pearls Tour Operator. 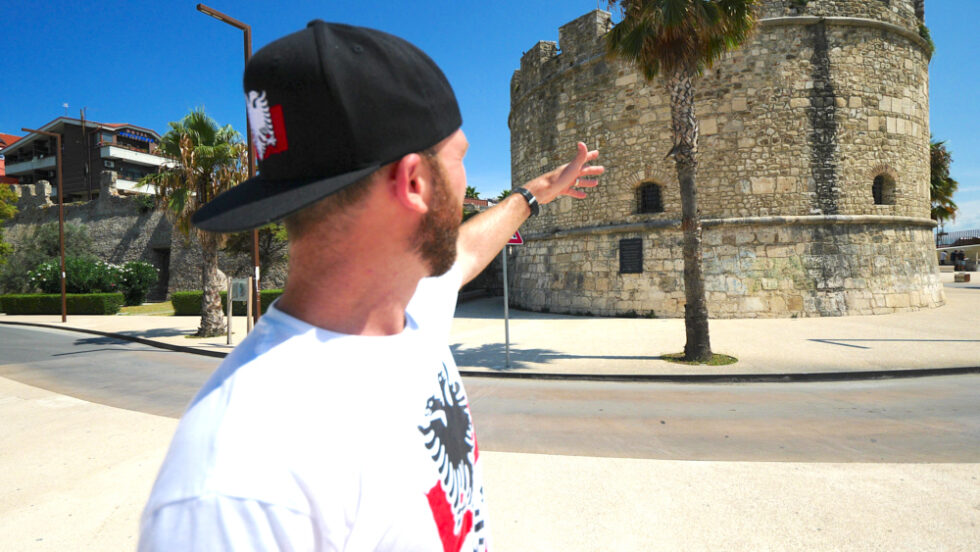 We started at the Venetian Tower, which is part of Durrës Castle. The tower was built in the 15th century on top of the ruins of a Byzantine tower that existed previously. Two thousand years ago, the Roman Empire encompassed most of Europe as well as the Middle East and northern Africa. It splintered into eastern and western factions; the western one became known as the Byzantine Empire. 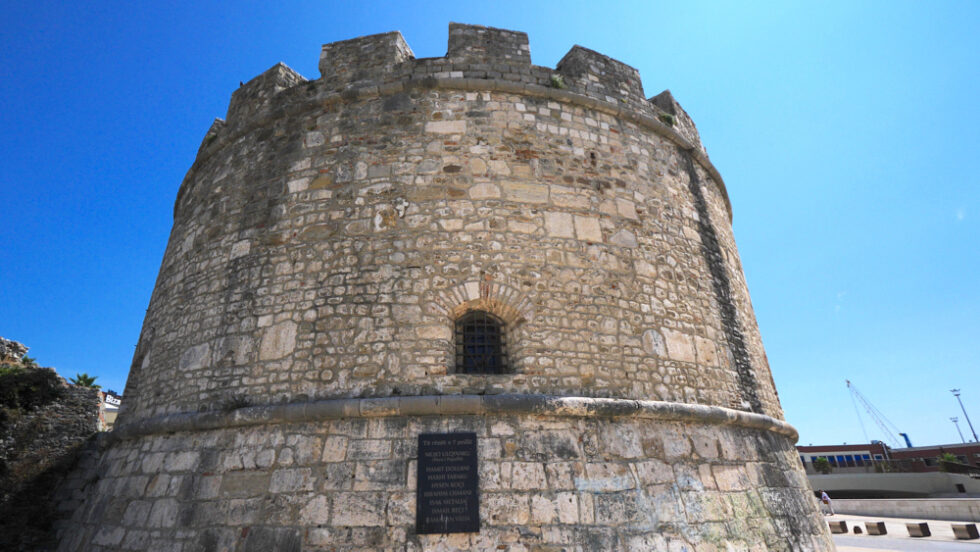 The Venetian Tower is connected to the Roman-Byzantine walls, which had been built and rebuilt several times. The walls were beautiful and I could tell they had been reconstructed. There’s only a small section of wall left. Some of the walls were destroyed in an earthquake in November of 2019 and are now being rebuilt.

Through part of the walls is an arch. On the other side is the Amphitheatre of Durrës, built by Emperor Trajan in the second century. The amphitheatre is completely round and in ruins, and is surrounded by modern buildings. It used to seat 20,000 people! Underground, we saw some of the original stairs and the interconnected hallways. 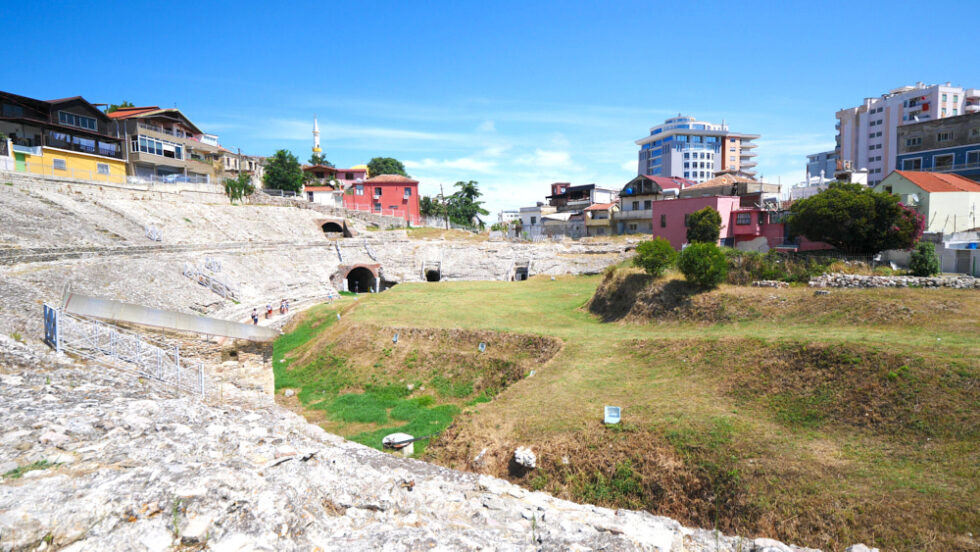 The ceiling was super low because they couldn’t dig deeper because of the water level. The Amphitheatre of Durrës was converted into a church in the 5th century. You can see the remains of a chapel there! The emperor at the time shut down the gladiator fights there and converted it into a church. There are beautiful mosaics inside and an old well. 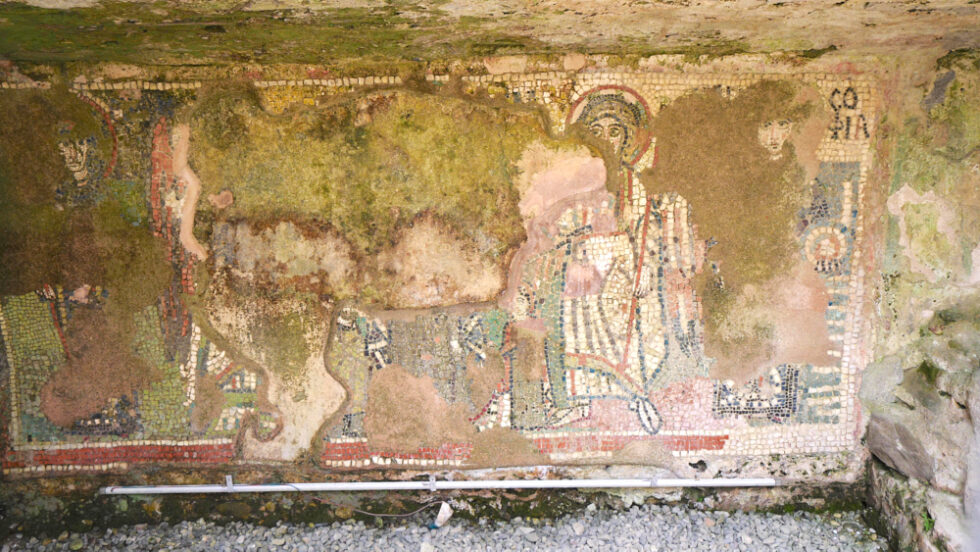 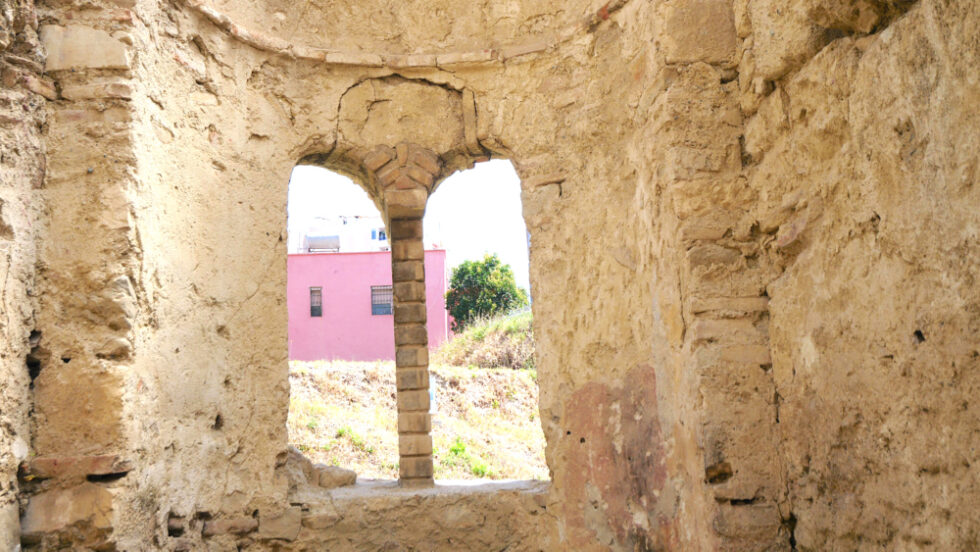 Then, we visited the Emperor’s entrance tunnel, which had super high ceilings and was really wide. You can get great views of the amphitheatre from the street above the theatre. 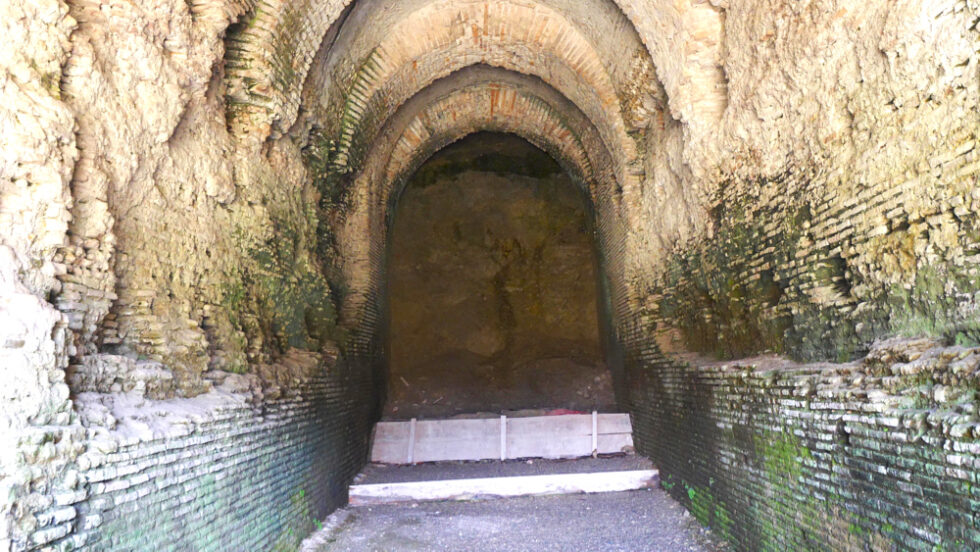 Then, we went to eat Albanian seafood at a small restaurant called Ferra after exploring the ancient attractions of Durrës, Albania. Along the way, I could see lots of restaurants, bars, lounges, and businesses. It was super hot out, but Ani told me it gets even hotter! Luckily, the restaurant was on the boardwalk right next to the beach!

I could see lots of seafood on ice including fish, mussels, shrimp, clams, and crab. They also have pasta because of the Italian influence. In the kitchen, I watched them cook clams, mussels, risotto, bruschetta, and more! It only costs 400 leke (about $4 USD) for a massive plate of mussels! It was an Albanian seafood extravaganza! 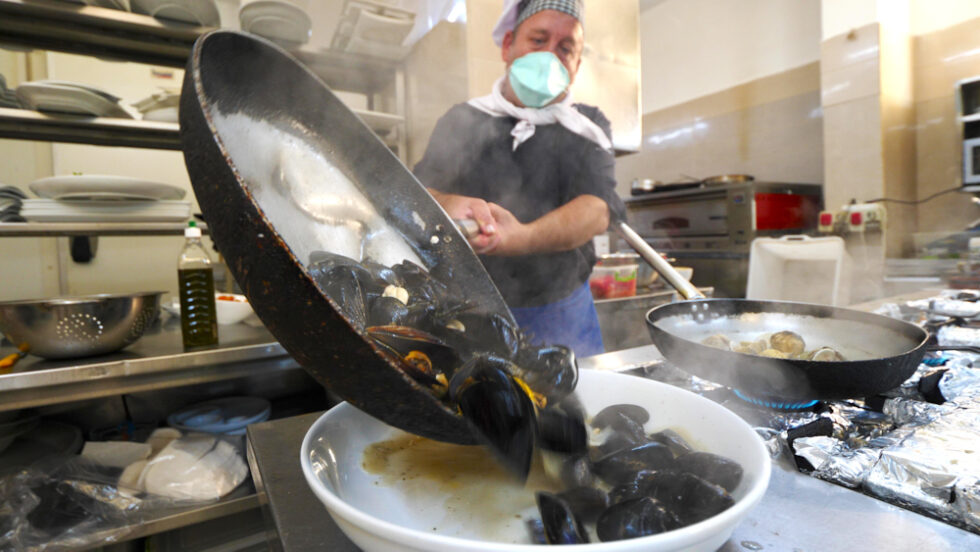 At our table, we had seafood linguine, octopus and shrimp crudo, steamed mussels, grilled and fried fish, and bruschetta! The linguine was overloaded with shrimp, squid, and mussels. It was insanely good and one of my favorite pasta dishes ever. It was so creamy, fresh, and salty! 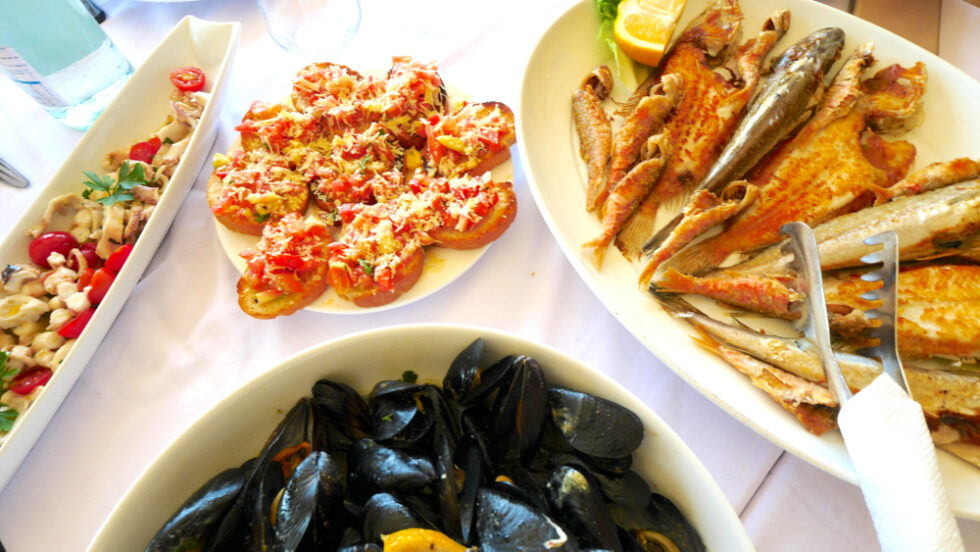 I enjoyed it with some amazing white wine called Duka. Then, I went for the raw shrimp crudo, which just had an oil-and-lemon marinade on it. It was the most succulent thing I’ve ever eaten! It was tangy and citrusy and so unbelievably fresh! The crudo octopus also had some nice oil on it. It was super basic but so phenomenal! 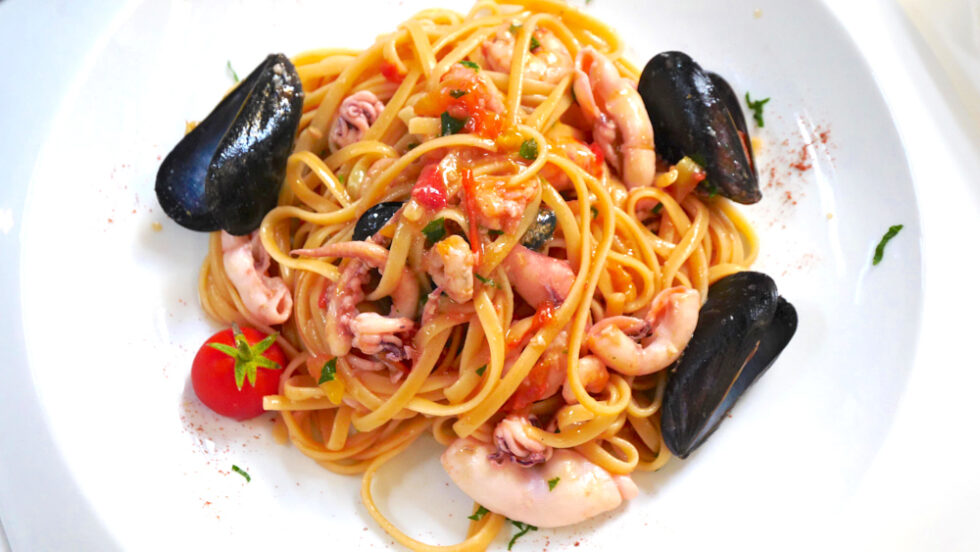 Then, I jumped on the mussels and ate about 20 of them in a row. The broth at the bottom of the platter was the best! I went non-stop! 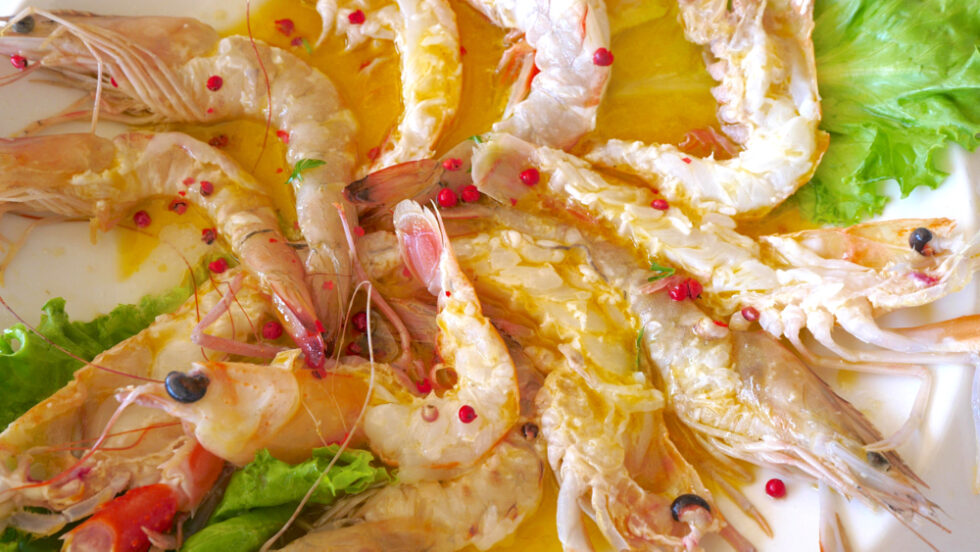 The bruschetta topped with tomato and cheese was also amazing. I also loved the fried fish. You have to be careful removing the spines, but the crunch and oiliness are so worth it! The baked fish was beautiful and so meaty. It tasted different from the fried and grilled fish! Then, I ended my meal with a lot more mussels!

Check out the 5 Things You Must See and Do in Durrës, Albania

Huge thanks to my friends at Balkan Pearls Tour Operator and Rental Car Albania. My adventures trying Albanian seafood and exploring the ancient attractions in Durrës wouldn’t have been possible without them! 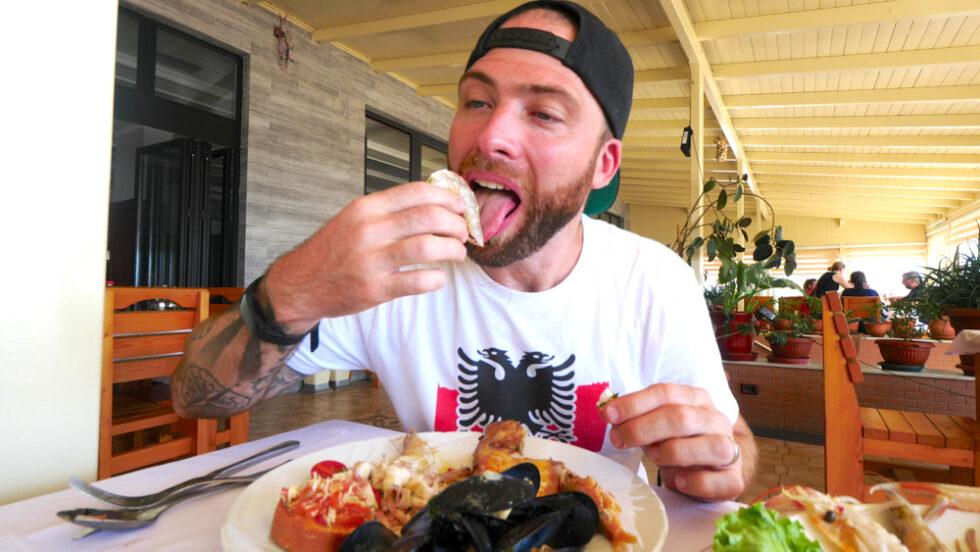 I hope you enjoyed coming with me to have some amazing Albanian seafood after touring the ancient attractions in Durrës, Albania! If you did, please give this video a thumbs up and leave a comment below. Also, please subscribe to my YouTube channel and click the notification bell so you don’t miss any of my travel/food adventures from around the world!