As the second largest city in Cyprus, Limassol (Lemesos) has a lot to offer visitors looking for a beach holiday, cultural visit, or both. All-inclusive resorts, an active nightlife scene and Byzantine monuments are just a few of the city’s attractions. Limassol is known for its fun-loving residents, who are keen to celebrate just about anything. It seems there is a special event happening every month. There is the 10-day Carnival in February, the Flower Festival in May, Beer Festival in July and annual Wine Festival in September, just to name a few. 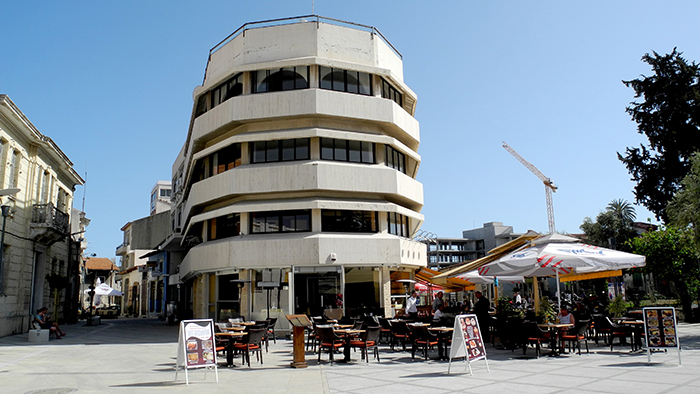 With 16 kilometers of sandy coastline along the Mediterranean Sea, Limassol is a beach-goers’ paradise. A convenient seaside promenade makes it easy to find your way around. Not far from the beach is the bustling city center, which offers cultural and gastronomic experiences unlike anywhere else in Cyprus. The historical center is located around the old port and Medieval Castle.

Check out our article about the Top 10 Things to Do in Nicosia, Cyprus 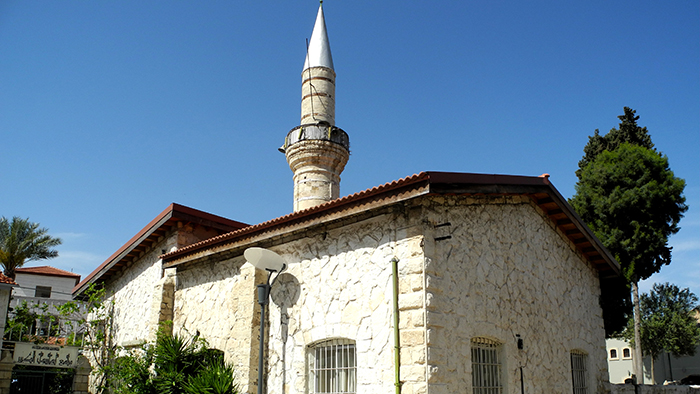 Limassol’s new port is the largest port in Cyprus, accommodating exports of fruits, wines, vehicles and other shipments. Between the old and new ports lies the new Limassol Marina, a €350 million project aimed at revitalizing the area with luxury waterside apartments and space for yachts of all sizes. This millionaire’s playground also includes 6,000 square meters of commercial and retail space. 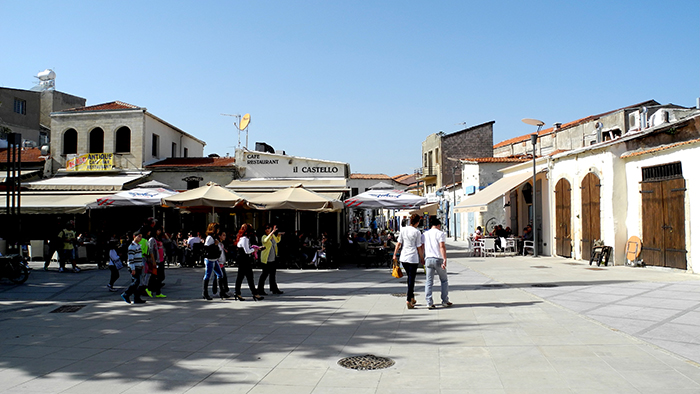 During Byzantine rule, Limassol, then known as Neapolis, was constructed between the ancient cities-kingdoms of Amathous and Kourion. Both settlements are now outstanding archaeological sites that attract history aficionados from around the world. Limassol is also situated in the heart of the island’s winemaking region. The villages north of Limassol on the southern slopes of the Troodos Mountains are renown for producing dry, red wine such as the famous Commandaria variety. 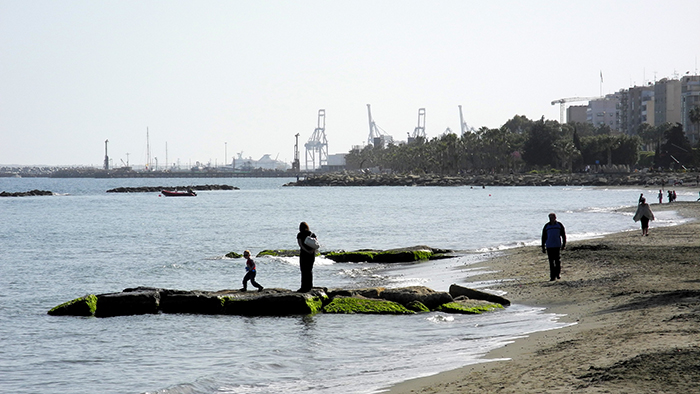 The allure of Limassol is undoubtedly the promise of sand and sea, but there are many more surprises tucked away in its historical center. Stroll around the Municipal Market in Saripolou Square, head to the sites of Amathous and Kourion to witness the splendor of ancient Cyprus, or dedicate a day to wine tasting in the rural villages of the district. However you choose to pass the time in Limassol, you’ll certainly leave wanting to return. Here are my 5 things to do in Limassol! 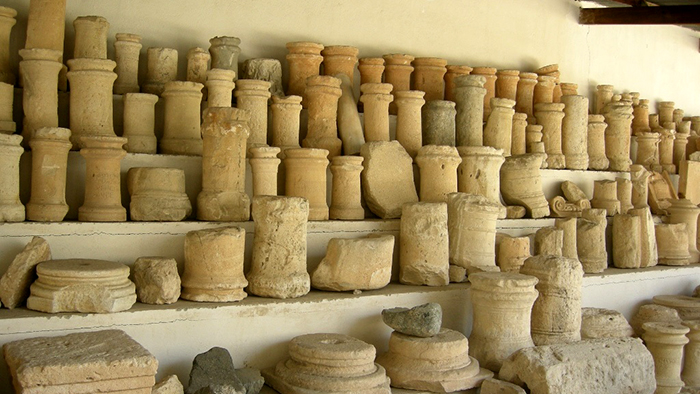 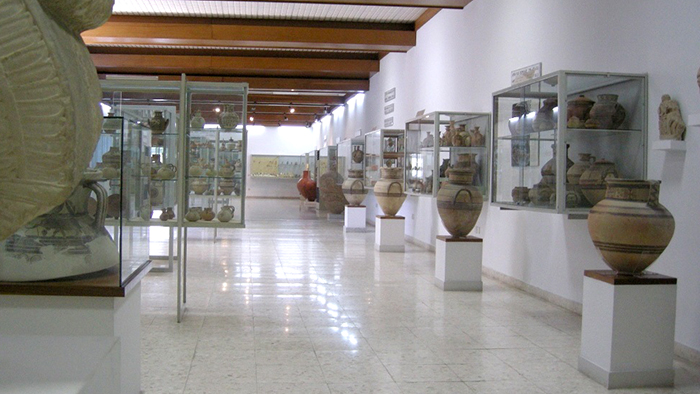 The museum also houses many objects related to the worship of Aphrodite. The impressive collection offers insight into the secular and sacred lives of the ancient Cypriots, as well as vital data about commercial activity in the Mediterranean. 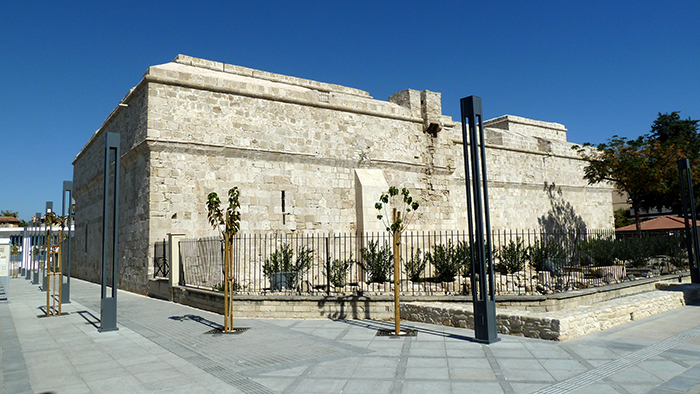 This 14th castle is situated in the heart of the historical center, near the old harbor. The present structure dates back to the Ottoman Period, but excavations have revealed that an early Christian Basilica and a larger, Byzantine castle previously occupied the site. Rumor has it that King Richard the Lionheart, leader of the third Crusade, married Princess Berengaria of Navarre here in 1191. 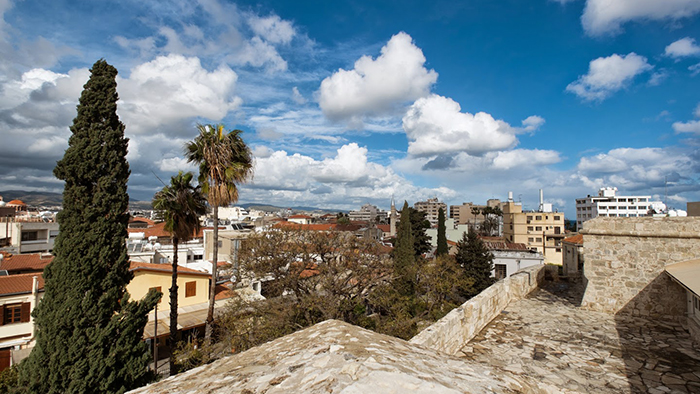 The Ottomans used the castle as a defensive fort and made use of the underground chambers as prison cells. In 1987, the building was ceded to the Cyprus Department of Antiquities and became the Medieval Museum. Exhibits include Islamic pottery, armor, weapons, jewelry, woodcarvings, Byzantine silver plates, tombstones, coins and religious objects. The roof offers great views. 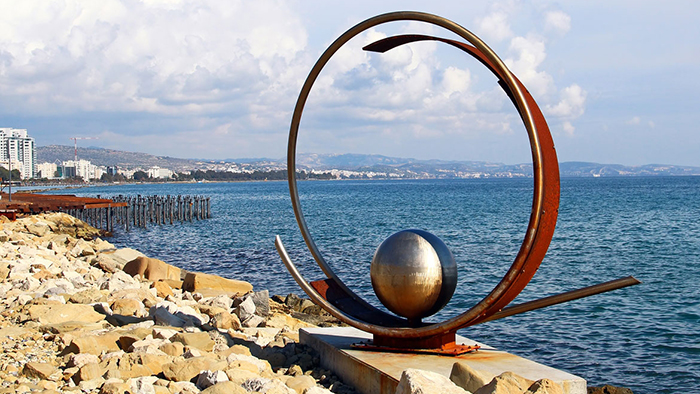 Having more coastline than any other city in Cyprus, Limassol has invested into beautifying its outdoor spaces. From 1999 to 2001, the city of Limassol hosted an annual Sculpture Symposium along the seafront promenade. Cypriot, Greek and international sculptors showcased their works to the public while reviving Limassol’s communal areas. Sixteen sculptures remain scattered along a one-mile stretch of the seafront, forming the city’s treasured Sculpture Park. A stroll through this area is a good way to know the city by foot. 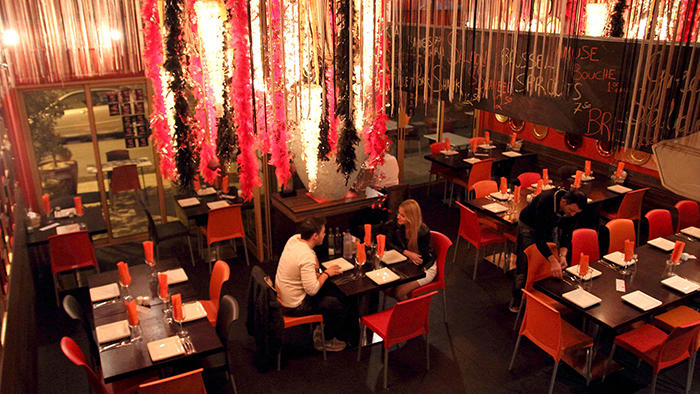 Ta Piatakia, or “small plates,” is an ode to the mezze food culture that defines Cypriot gastronomy. Chef Roddy Damalis has devoted his life to reinventing and redefining Cypriot home-style cuisine. Dining at Ta Piatakia is a unique opportunity to taste Chef Damalis’s culinary expertise and personal philosophy that big flavor can exist in little plates. Guests can enjoy from an array of signature plates that include stuffed village halloumi cheese, lamb shank with eggplant, oyster mushrooms in Roquefort cheese and minced goat patties. 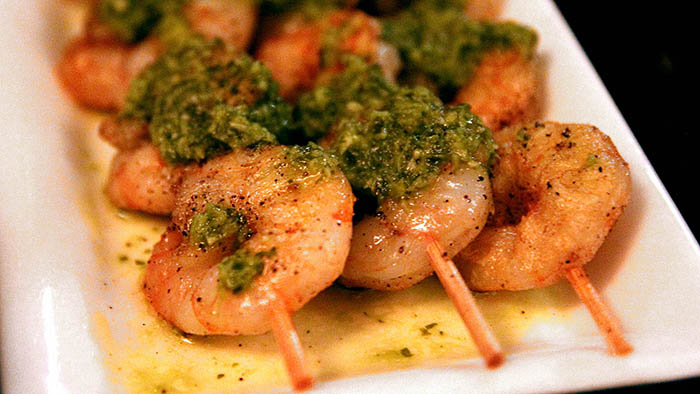 Chef Damalis’s unique vision for Cypriot food has led him to author the book, My Little Plates, as well as establish the Little Plates Cooking Workshop – a hands-on cooking school for all levels of expertise. But if you’re only in Limassol for a few days, you can just as easily get to know Chef Damalis by eating some of his famous creations. 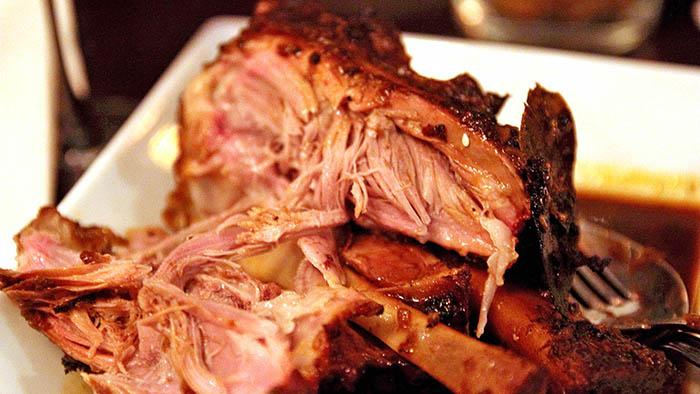 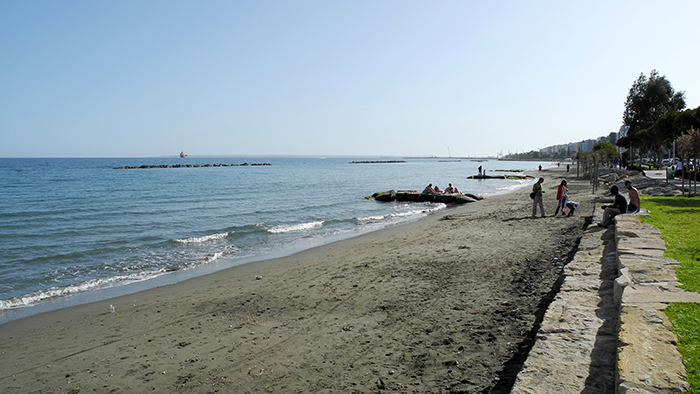 With miles of sandy coastline surrounding it, Limassol offers fantastic beaches. Those nearer to the city center have an array of facilities including restrooms, dining, water sports and wave breakers, making them more suitable for children. Beaches further from Limassol are known for their wilder, more unspoiled appearance. Not all of these have facilities or wave breakers, and are often more rocky than sandy. Beaches to the west of Limassol have rougher waters, so swimming may not be an option. 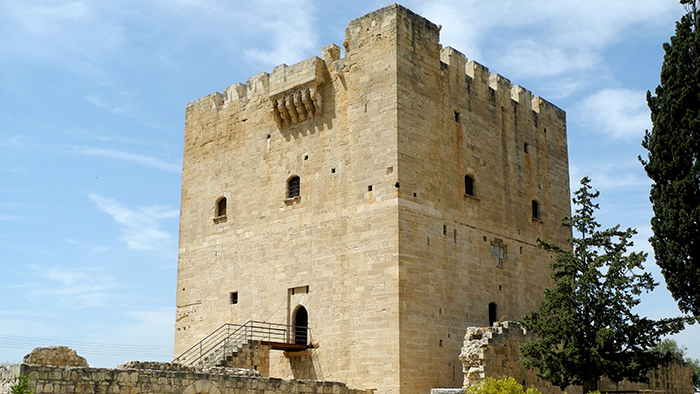 The 13th century Kolossi Medieval castle was originally constructed as a Crusader fort in 1291, then reconstructed and expanded again by the Knights Templar in 1454. The building measured 21 meters in height and is made up of three floors, with the third having served as the commander’s quarters. Kolossi Castle is now a restored building where visitors can learn about its history through a series of exhibits. A climb up to the roof reveals great views of the surrounding landscape. Near the castle lie a 14th sugar refinery and the ruins of a building most probably used as an animal keep or storehouse.

My Thoughts on Limassol

Limassol is the second largest city in Cyprus, and a wonderful place to experience a little bit of everything that the island has to offer – sun, sand, culture and cuisine. Limassol is nestled between two of the island’s best archaeological sites, Amathous and Kourion, making it easy for history lovers to get out for the day and learn about the island’s ancient past. The many hotels and resorts along the coast make Limassol the perfect extended stay holiday. There are also a number of world-class restaurants scattered throughout the city that can make choosing just one a challenge.

The people of Limassol aren’t ashamed to celebrate. The city hosts a variety of festivals throughout the year, celebrating Carnival, wine, flowers, beer and everything in between. Limassol is also a city devoted to beautifying its outdoor spaces – the Sculpture Garden along the Limassol promenade is a testament to the city’s commitment to the arts. Photography exhibitions are held in Castle Square throughout the year. The Municipal Folk Art Museum won a Europa Nostra prize in 1989.

And no visit is complete without a day at the beach. With so many in the area, visitors have their pick of sprawling sandy beaches. A walk around Limassol will reveal a modern city studded with historical monuments and cultural experiences. Overall, Limassol is a living museum, showing how Cyprus has evolved over the past 10,000 years. There are more then 5 Things to Do in Limassol, but these are the best!

Getting around: Most visitors arrive at Larnaca International Airport, and then take buses or taxis into Limassol. Driving yourself around Limassol in a rented car is quite easy if you don’t mind driving on the left-hand side of the road. Tourists can also travel by EMEL buses within Limassol, to other major cities, and to nearby beaches and villages. Taxis are also a reliable method of transportation and are available 24/7.

Hours of operation: Working hours can be a bit of a challenge in Cyprus, but as a general rule:

Best time to go: Cyprus’ Mediterranean climate means dry, hot summers (mid-May through mid-September). May and June are relatively pleasant months with little to no rainfall. During this time you can expect less heat and fewer crowds on the beach.

Tours: The Limassol Tourism Board conducts free guided walking tours of the city every Monday at 10 a.m. Tours begin at the CTO Information Office (115 Spyrou Araouzo).

Cyprus Taste Tours is a fantastic small business that operates in Larnaka, Limassol and Nicosia. Cyprus Taste Tours was created by two young entrepreneurial women who wanted to showcase Cypriot culture through local cuisine. Tours, which are all-inclusive, last three to four hours and take people to five local restaurants for food, wine and ouzo samplings. Cost is €75 per person. Discount available for groups of four or more.

Have you ever visited Limassol? What are your top 5 things to do in Limassol?