Nestled along the Rhine River is the small town of Vaduz, the capital of Lichtenstein. The country is landlocked by Austria to the west and Switzerland to the south and east, and is approximately the size of Washington D.C. in terms of square miles.

Despite its size (it is about a half hour’s drive from one end of the country to the other,) Lichtenstein is one of the richest countries in the world and is considered a tax haven for businesses of all kinds. Before we jump into what to see and do in Vaduz, Liechtenstein, we need to learn some of its history. 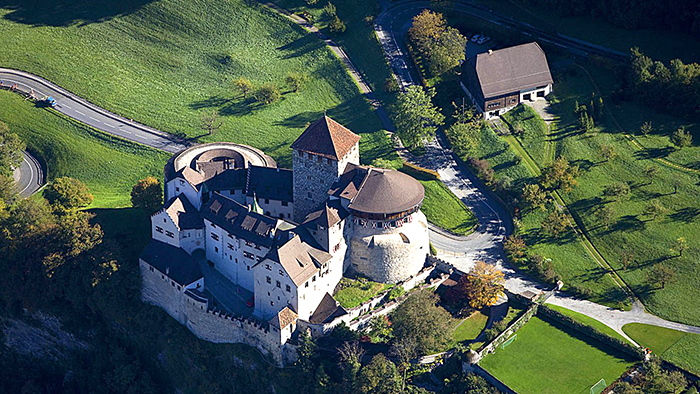 While the neighboring town of Schaan has a larger population, Vaduz is known for being the financial center of the country and is the seat of the Archdiocese of Vaduz. The town was first mentioned in 12th century historical document under the name of Farduzes, but historians believe that the Counts of Werdenberg founded Vaduz in the 13th century. In the early 14th century, a castle is described as being built but was later sacked in the late 15th century by the Swiss. 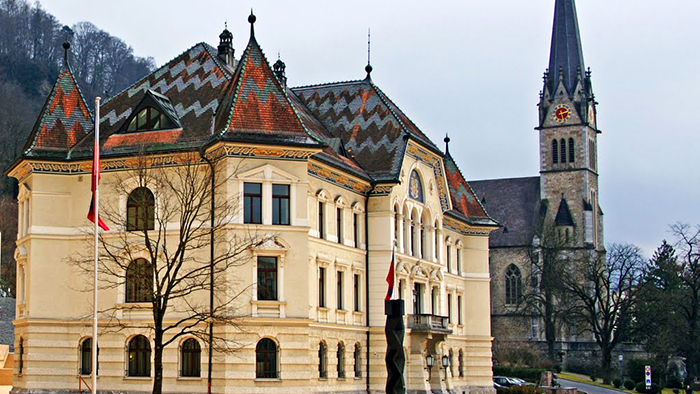 In the 17th century, the Liechtenstein family purchased the area, which consisted of the Herrschaft of Schellenberg and the countship of Vaduz. The family sought a seat in the Reichstag, a parliament like group conducted by the Roman Empire, whose seats were given only to landowners. Upon learning of the purchase, the Roman Emperor united the two parcels of land, dubbed them Liechtenstein, and made the territory a member of the Roman Empire. After the dissolution of the Roman Empire, the prince regained full control of the territory and the royal family remains the head of the country to this day. A limited constitution was instituted in the 19th century creating a government underneath the royal family. 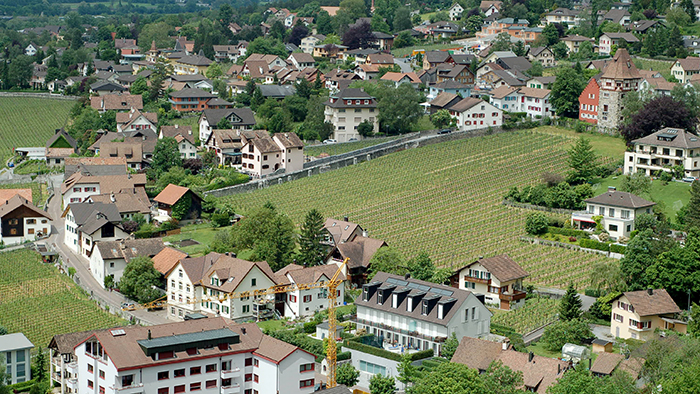 The most prominent landmarks in Vaduz are the eponymous castle, which houses the royal family, and the Cathedral of St. Florin. Inside their towering shadows lie smaller, but equally popular attractions, such as the National Art Gallery, Kunstmuseum Liechtenstein, and the Liechtenstein National Museum, which also attracts tourists. 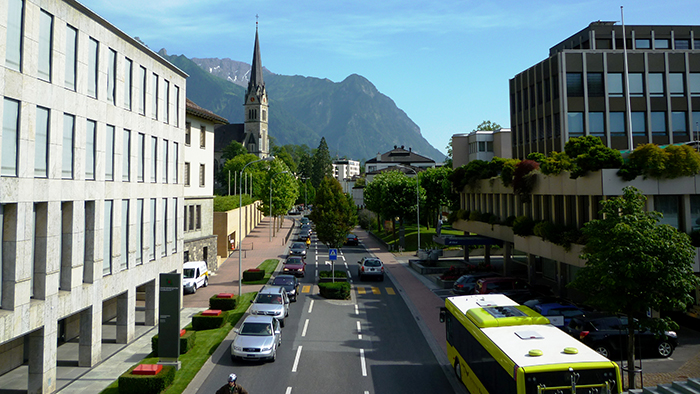 The best time to visit is during the milder summer as opposed to the harsh winters, but rain is a year-round fixture of the town. Despite being the capital of Liechtenstein, Vaduz does not have an airport or railway system. The only was to access the city is to fly into a neighboring city, such as Schaan, and take a bus over. Getting around Vaduz does not require long distance travel so I would suggest renting a bicycle or small motorcycle during your stay in the city. Renting one will run you between 15 and 35 Francs per day. 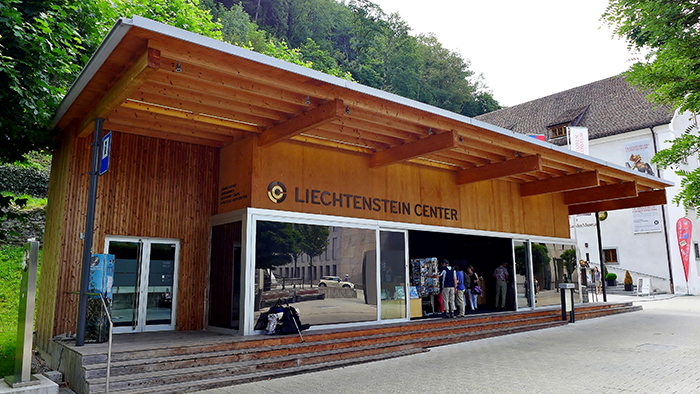 The Liechtenstein Center is the ultimate resource for exploring Liechtenstein. Located on the Städtle Street, this tourist office provides visitors with comprehensive information about the country itself, the hotels, the local art scene, yearly festivals, hiking trails, family events and much more. This center also contains a great souvenir shop, which sells stamps, books, candy tins, tea sets and hats. Directly adjacent to the center is a replica of the original kilometer zero stone. This stone marks the location from where all roads where measured, which occurred in Liechtenstein in 1864. 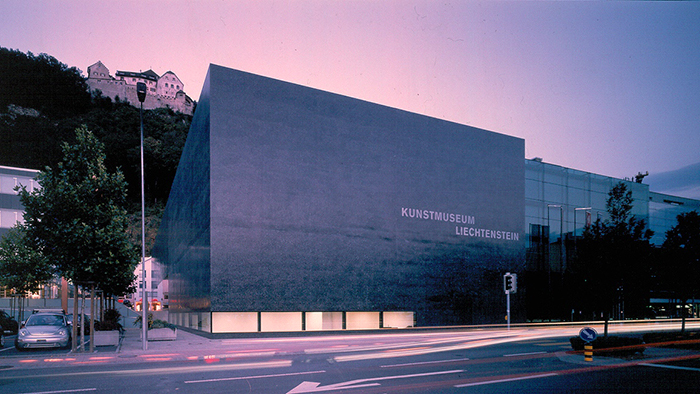 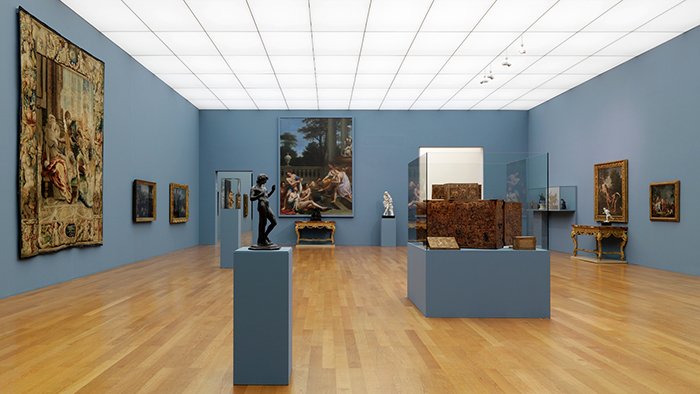 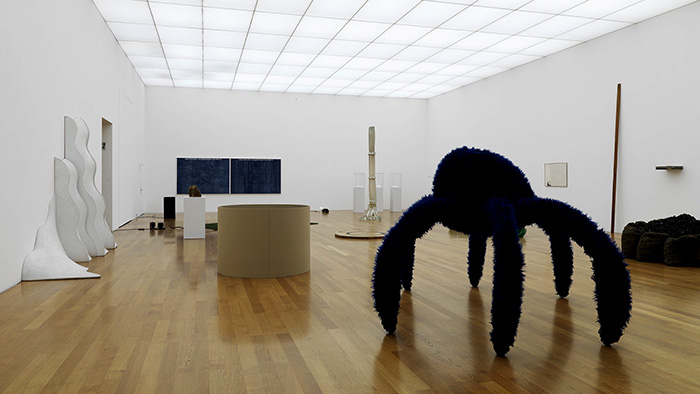 The current collection covers artwork from the 19th century to the present, with a focus on installations and sculptures. In 2006, the museum acquired the collection of Rolf Ricke, which included art by Richard Serra, Fabian Marcaccio, and Jessica Stockholder. There are also special exhibitions that showcase from the personal collection of the Prince of Liechtenstein. The museum is closed on Mondays and admission runs from 8 to 12 CHF. Tours are available. After exploring the museum, stop by the in-house café and sushi bar for some fresh fish and relaxing drinks. 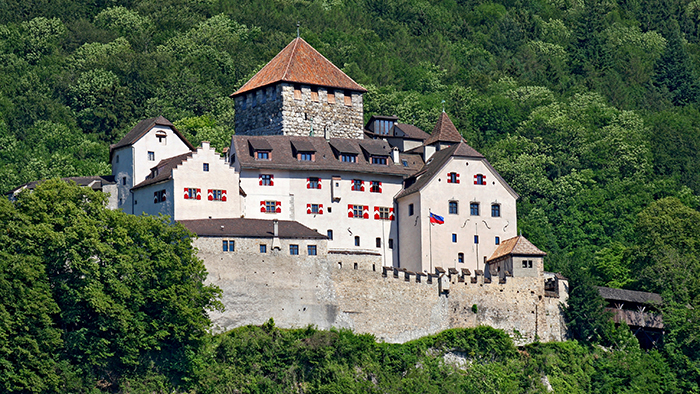 Perched high above the city is Vaduz Castle, home of the royal family. The Counts of Werdenberg-Sargans are believed to have built the castle, which they later pledged to Ulrich von Matsch. The Chapel of Saint Anna was added during the High Middle Ages and the main altar was constructed in the late-gothic style. During the Swabain War of 1499, Swiss forces burned the castle to the ground. The round tower was added in the early to mid 16th century and Count Kaspar von Hohenems expanded the western section in the early 17th century. 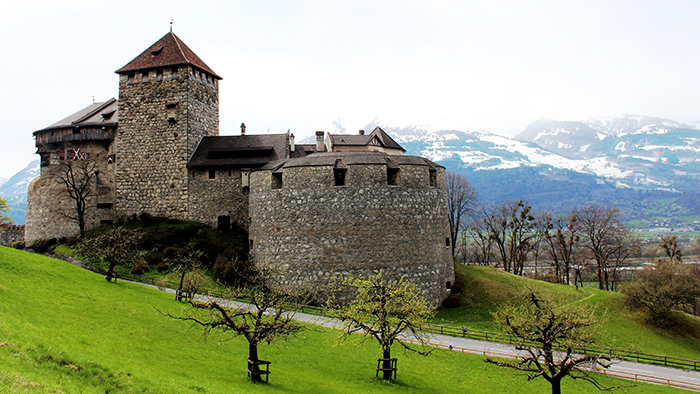 The Liechtenstein family acquired the medieval fortress in the 17th century, when they purchased the countship of Vaduz. The castle was originally used as seat for the imperial administrator but the crumbling fortress soon required renovations to remain standing. From 1905 to 1912, Prince Johann II extensively remodeled the castle and in 1938, Prince Franz Joseph II converted the castle to the official royal residence. The oldest section of the castle is the keep and the buildings on the eastern side, which date back to the 12th century. Visitors are not allowed to enter the castle but there are wooded footpaths that lead up to a rock terrace. This is the terrace that offers the best and closest view of the castle. 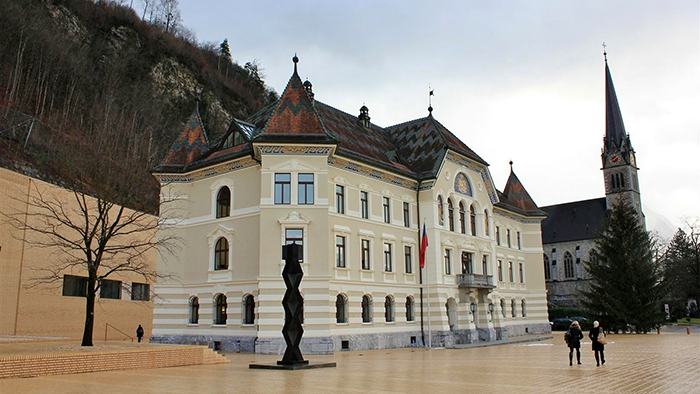 The Cathedral of Saint Florin, also known as the Vaduz Cathedral, is a neo-Gothic church that is seat of the Archdiocese of Vaduz. Located on Sankt Florinsgasse south of Stadtle Street, the church was built as a parish church by Friedrich von Schmidt in 1873 on top of the foundations of older, medieval buildings. During this time period, it housed the Liechtenstein Deanery and was a member of the Swiss Diocese of Chur. Pope John Paul II elevated the church to cathedral status in 1997. Its patron saint is 9th century Florinus of Remus, a saint of the Vinschgau Valley and not to be confused with the popular French wine bearing the same name. Inside the Cathedral, visitors will find delicate stained glass windows, graceful chandeliers, and high-arching ceilings. 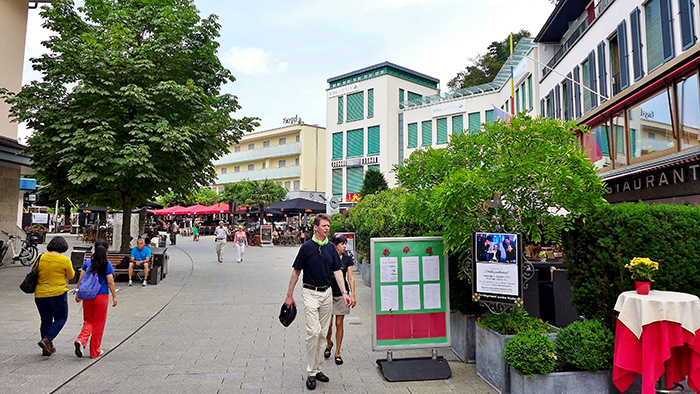 Lined with shops, restaurants, and other venues, Stadtle Street is the main and only pedestrian street in Vaduz. Take a stroll down this path to soak in the culture of Lichtenstein, which is a twist on the traditional values often seen in Germany, and the other bordering countries. Because of its small size, Lichtenstein has absorbed a lot of the ideas and standards of its neighbors. Art lovers will enjoy the plethora of statues found along the street, as well as the museums, which are all located along Stadtle Street.

Be sure to stop into Liechtenstein’s main post office, Postwert Zeichenstelle der Regierung, which is located on this lively street. The stamps sold at this office are considered treasures to international stamp collectors, and will make for excellent gifts for loved ones. 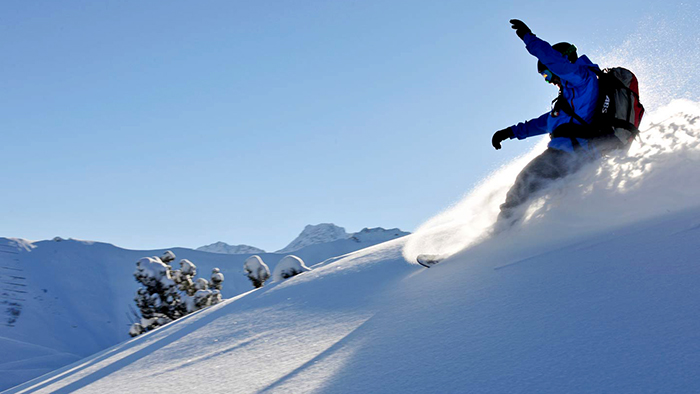 The only winter skiing destination in Liechtenstein, Malbun offers a sweeping range of snow-covered mountains that have been forgotten by the masses. Because of its small size, the settlement avoids many of the problems that plague more popular skiing locales – crowds, lines, and equipment problems. Malbun is located approximately 9 miles north of Vaduz. 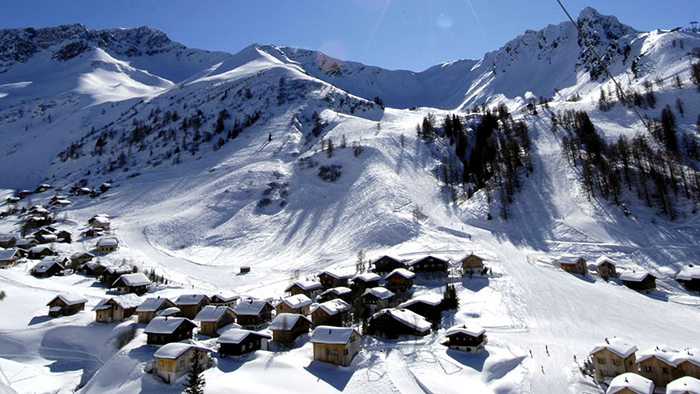 The easiest way to access this town is by road. For drivers who are inexperienced with the mountain terrain or the lack the proper equipment, it is recommended that you take a bus from Vaduz. The [short] drive itself will take you through gorgeous, untamed countryside dotted with small villages. For those planning to stay overnight, there are four hotels in the area, Alpenhotel Malbun, Hotel Galina, Hotel Gorfion, or Hotel Turna. Sareiserjoch Apartments also available and offer more long-term residences. All of these options are within walking distance of the skiing area and the lifts. 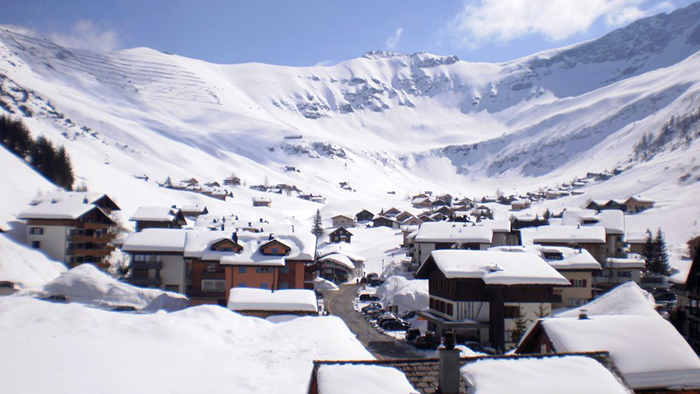 The skiing itself is at an altitude of 1600 meters, and the snow conditions are usually pretty good. This terrain is not necessarily for hard-core skiing but for a more romantic stroll through the mountains. 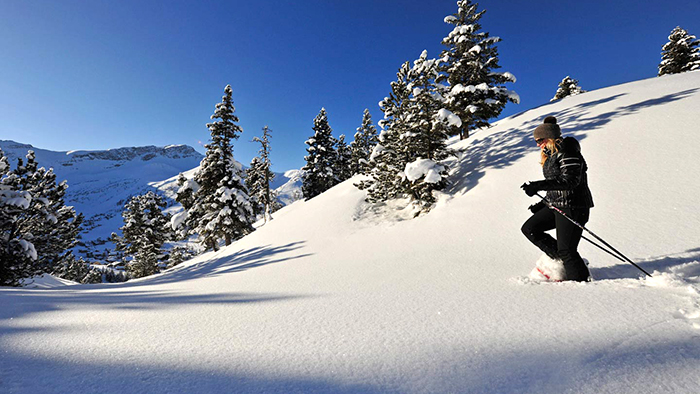 There are three lifts, the Hochegg and Täli lifts on the right side of the valley, and the Sareis lift on the left side. The first two bring skiers to some intermediate runs, with the Hochegg lift also providing access to some more expert, wooded terrain. The Sareis lift offers the most panoramic view of the mountains and surrounding area. These runs are fairly easy and skiers can simply cruise back down to the village. Skiers looking for a more challenging experience can cross the border into Austria and visit either Lech or St. Anton, both of which are about 90 minutes away. 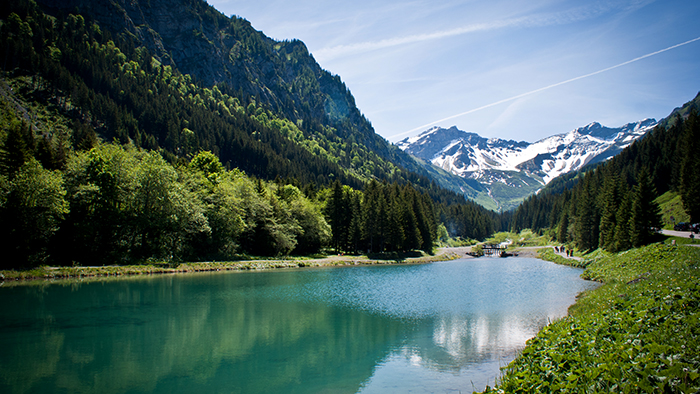 Liechtenstein is a little place, but you are in for a big surprise. Just over 60 square miles, this country is home to very educated and wealthy citizens- they are the second-richest German-speaking people in the world. Unlike other neighboring European countries, Liechtenstein is a constitutional absolute monarchy. However, the country uses Swiss Francs as currency, speaks German as a main language, and has a culture that is largely influenced by Austria, Bavaria, as well as Switzerland. Some historians believe that Liechtenstein’s neutrality during World War II was the country’s smartest move- and has allowed for it to continue flourishing.

The reason why this article contains no nightlife recommendations is because Vaduz is a place where guests tend to retire early after dinnertime. There is not much happening after dark, and sometimes that is just plain nice- to actually get a chance to relax while on vacation. The views around town are stunning, and ordering Fondue at any restaurant you visit is something you won’t regret. Speaking of food, Restaurant Torkel is phenomenal!

No matter what you choose to do during your trip to this mini city, I know you will gain a sense of what luxury is all about. I highly suggest stopping by the main post office for stamps. They make for great gifts and if you buy enough you can frame and hang them on your wall as great memories of your trip. The principalities of the royal family produce some incredible red and white wines. The winemaking history in the area dates back to the Celtic Tribes who inhabited these Alpine lands even before the Roman Empire took over. To make a story short- go ahead and splurge on some Chardonnay or Pinot Noir from the Prince of Liechtenstein’s vineyards. Drink them at your hotel or send a crate home…good wine is a terrible thing to waste.