Compared to other Southeast Asia countries, the Philippines still stays off the radar, at least when it comes to media hype and mainstream tourism. This is somewhat confusing if you consider the fact this country has some of the best islands in the world. Even though tourism is on the rise, it’s still mostly backpackers who go there.

The Philippines offers beautiful unspoilt beaches, endless amount of stunning islands (more than 7000!) and relatively high level of resorts. And so, the country is often compared to what Thailand and Bali used to be 20 or 30 years ago, before they got discovered and overrun by mainstream tourism. 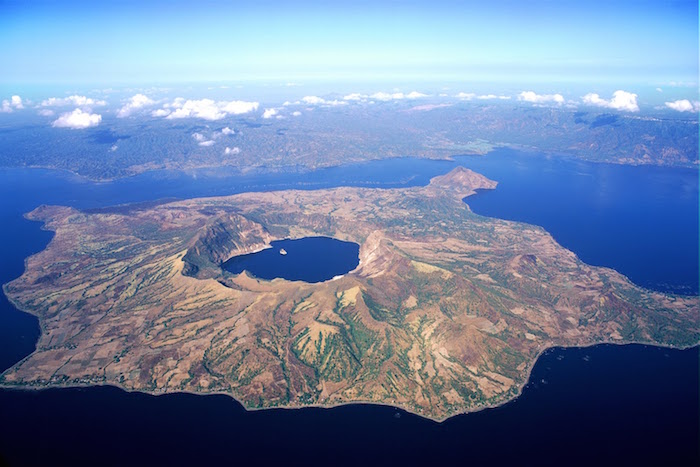 Now is the best time to experience this amazing country, before it becomes too crowded and prices soar. Below are the top 10 tourist spots, but you can also find dozens of other beautiful places to visit in the Philippines here. 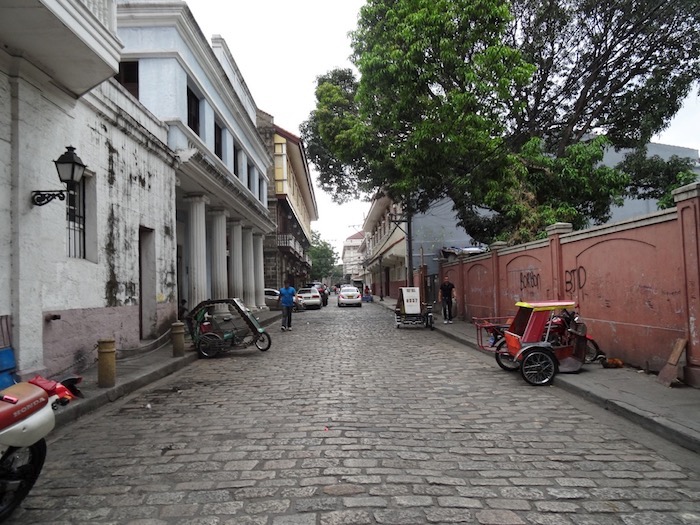 We’ll start off our tour of the Philippines with the place you’re mostly likely to land at – the capital Manila. Most people can’t wait to get away from this busy city and head straight to the islands, which is a big mistake if you ask me. Manila has some of the most interesting and unique sites in the Philippines, and it would be a shame to miss out on those. It’s also the best place to try out the local food, and has the best nightlife and culture.

Visiting Manila’s old city will give you a deep insight into the rich history and culture of the Philippines. Taking a day to tour this place will enrich your entire vacation and make you look at everything at a whole different light. This area, also called Intramuros, is basically the old fort the Spanish conquistadors built when they first landed on the island. Intramuros is home to many museums and ancient Cathedrals, including the San Augustin Church – one of the oldest in the country and a UNESCO world heritage site. You can then also cross the Pasig river and head into Binondo – the world’s oldest Chinatown. This trip will help you learn about the unique mix of Hispanic and Asian traditions that dictate life in the Philippines to this very day.

Another UNESCO world heritage site, visiting Vigan City is like taking a step back in time. The well preserved Casa Crisologo is the best remaining example of a Spanish colonial town in Asia. The area is full of museums, as well as small workshops where local crafts are made. Vigan is widely popular among local tourists, but not so much when it comes to foreigners, which is quite a shame since it has been chosen as one of the new 7 wonder cities of the world. 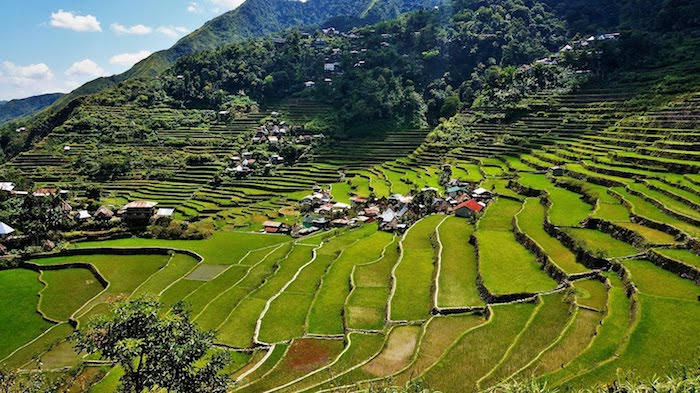 Those who’ve already traveled in Asia might be familiar with the Chang Rai rice fields in Thailand or the Ubud rice terraces in Bali. The ones in Banaue are far more impressive, and spread over a much larger area. The terraces can be seen at a few different villages, but going to Batad is the most recommended choice. Built by the Ifuago tribe more than 2000 years ago, they are still used to this day and serve as reminder of ancient man’s ingenuity and ability to harness the forces of nature. The rice terraces stand in stark contrast to cities such as Manila or Vigan, as they highlight the old native culture, which is unaffected by external sources. And yes, in case you were wondering, this one is also a UNESCO site. 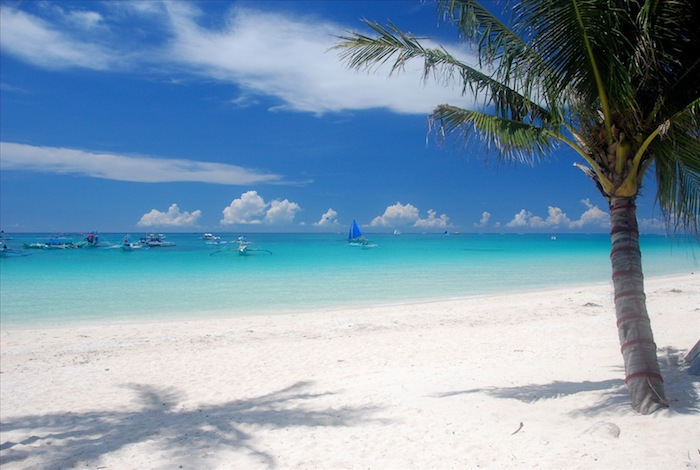 Once you feel you had enough of the mainland and it’s time to head down to the islands, there’s no better place to start than Boracay. This tiny island is 4 square miles of perfect beaches and fun activities, so it’s no wonder it has been dominating best island in the world toplists in prestigious magazines. If you are looking for the perfect beach experience, Boracay is one of the best places to go to.

This island is also the most popular tourist spot in the Philippines, so expect a Thailand-like vibe there. The whole White Beach strip is covered with bars and nightclubs which go on until the break of dawn. Thanks to its fantastic reputation, Boracay is one of the few places in the country which offers a fully developed, tourism oriented experience. Finding a good resort to stay at is easy, as there are more than 400 scattered around this small island, and affordable tour packages to Boracay are also very common online. 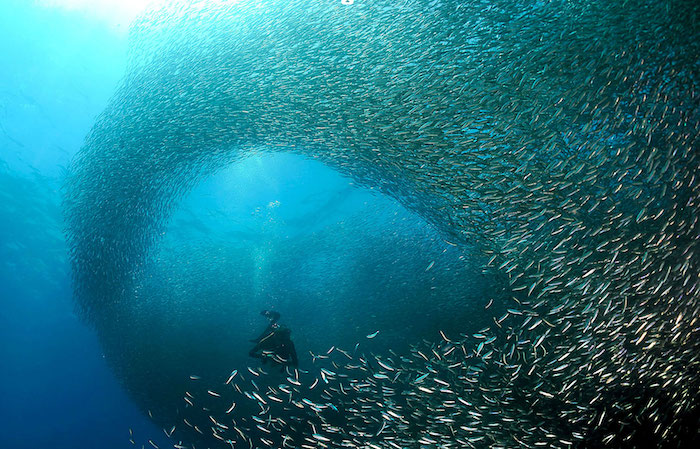 From Boracay the most sensible way to continue is by taking a flight to Cebu. Cebu City is the 2nd largest city in the Philippines and bears a lot of resemblance to Manila. There are a lot of churches and old monuments, as well as a vibrant nightlife and arts scene. While there’s a lot to do in Cebu island – whale shark watching, waterfalls, canyoneering and more – the one attraction which stands out as the most unique is undoubtedly Moalboal’s sardine run.

You’ll need to take a 3-4 hours bus ride from Cebu City to reach Moalboal, then another 15 minutes boat ride to get to Pescador Island. Pescador is a protected marine sanctuary, hosting a huge shoal of sardines. If diving or even just snorkeling with million of sardines around you isn’t enough, the large shoal also attracts plenty of other marine animals who feed off it – dolphins, sea turtles and even whale sharks. This attraction might not be as impressive as the sardine run in South Africa, but unlike its more famous counterpart the sardines at Moalboal don’t migrate so it’s available all year long. 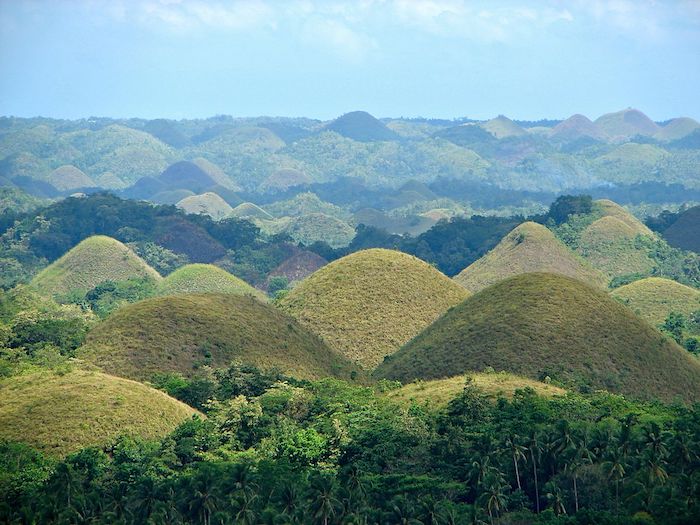 It only takes an hour to get to Bohol island from Cebu, so visiting it can be easily done as a day tour as well. That said, since Bohol is another popular tourist location and a fantastic island to stay at, you might consider spending a night or 2 there. The island offers beautiful beaches, primarily in the Pangalo area, as well as world class diving spots and island hopping tours.

Above all else, Bohol’s main attraction are the iconic Chocolate Hills. This is a one of a kind geological formation, consisting of more than 1200 hills in varying shapes and size. During the summer (between March and May) the grass covering these hills dries and turns brown – thus giving them their signature look. The best way to explore the hills is by taking an ATV ride, but hiking is also possible. 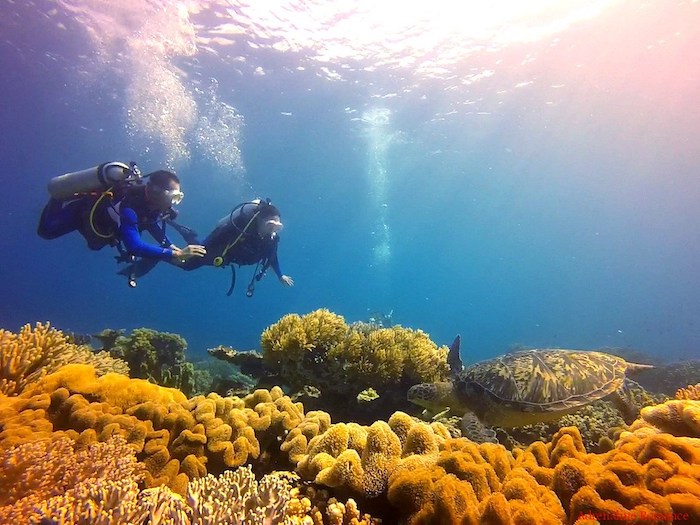 Apo island is located off the coasts of Dumaguete city, the capital of the Negros Oriental province. The whole Negros island is considered a diving mecca – where you can see whale sharks and other large mammals thrive in their natural habitat. As a protected marine sanctuary, Apo island stands above all the rest as the best diving spot in the area. It’s a small, virtually uninhabited island where diving is basically the only thing you can do.

Apo’s specialty comes from its large population of sea turtles, an endangered specie who is usually very hard to find. Here, these gentle creatures live peacefully, unaffected by mankind environmental hazards. The best thing about Apo’s turtles is they often come and swim right by the beach – so even if you don’t dive you can easily spot them just by swimming or snorkeling by the shoreline. 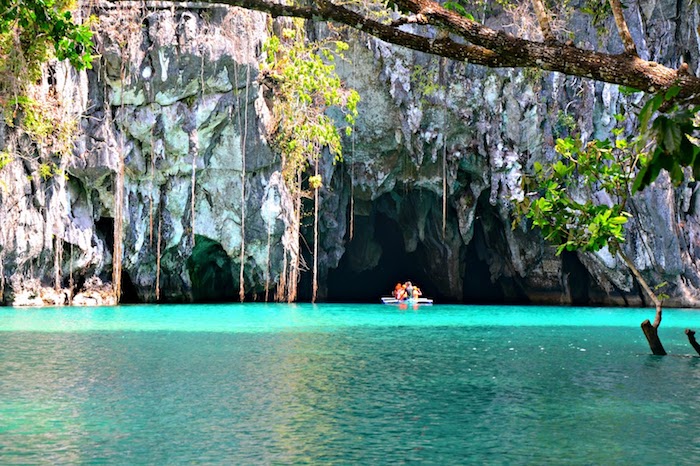 Palawan is widely considered one of the best islands in the world, thanks to its pristine white beaches and clear waters. Being a large island means there’s also many different things to see and do. The island’s capital, Puerto Princesa, is the easiest to reach and will most likely be your first stop when touring Palawan.

Puerto Princesa is also where you’ll find the Underground River – a 5 miles long subterranean river full of stunning stalactites and stalagmites. This river connects directly to the sea, and so its waters are teeming with fish and other marine creatures. Since these are all concentrated in such a small area, they create one of the most diverse and unique ecosystems known to men. The Park is yet another UNESCO heritage site, as well as one of the new 7 wonders of nature. 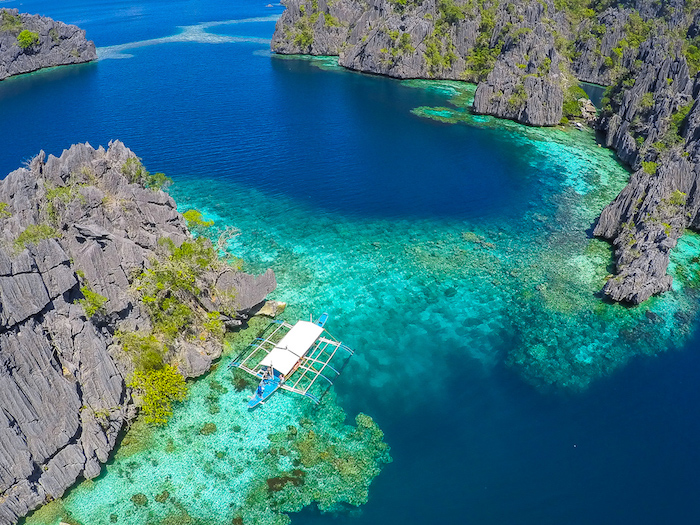 When you see postcards or magazine images of the Philippines that look out of this world, Coron is where they have been taken. Primarily a divers haven in the past, general interest in Coron has been growing as people are starting to appreciate its natural wonders and raw nature. The island is still one of the best places to dive at – combining Palawan’s rich marine life with some of the best wreck dive sites in Asia.

On top of that, there are dozens of small, private beaches to explore. The best way to do so is to rent a motorbike and simply go around the island – wherever you stop, you’ll most likely have a dreamy beach all to yourself. Coron Island hopping tours offer a visit to Twin lagoon and hidden Kayangan Lake – one of the most spectacular places you’ll ever visit. 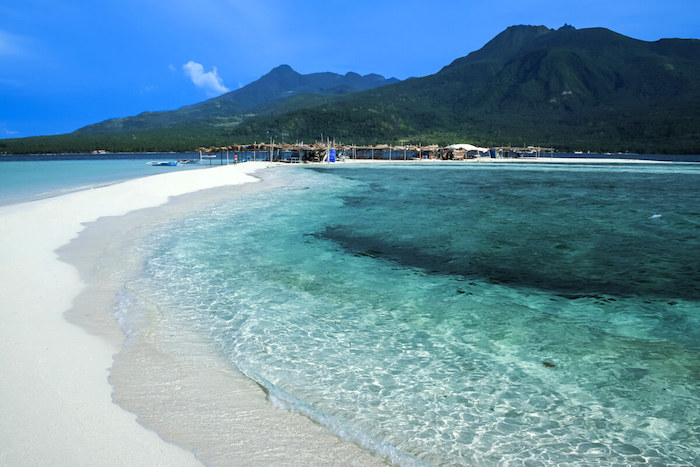 Camiguin is one of the smallest provinces in the Philippines, and holds the record for most active volcanos per square mile. There are 7 of these on the island, with Mt.Hibok-Hibok being the highest and most impressive one. Climbing to Hibok-Hibok’s peak would take you the whole day, and is no easy climb, but the view from its summit is breathtaking. The trek itself is just as rewarding, as you make your way through thick jungles full of exotic plants and animals.

Most attractions in Camiguin revolve around its volcanic nature, whether it’s diving at the black forest coral reef or laying on the black sand beach. A visit to the old church ruins and the sunken cemetery could help shed some light on the island’s dark history. A violent eruption in 1871 completely destroyed the old town of Bonbon, leaving these ruins as the only evidence.

5 thoughts on “10 Places You Must Visit in the Philippines”