Chances are that you’ve heard of the cities of Medellin, Santiago and Albuquerque, but you might not know where these city names originated. Long ago, Spanish conquistadors such as Hernan Cortes, Francisco Pizarro and Pedro de Alvarado established these cities in the New World, taking the town names from the cities they left behind in Spain. What did these cities have in common? Their names came from the conquistadors’ home region of Extremadura and you will learn all about it in this places to visit in Extremadura. 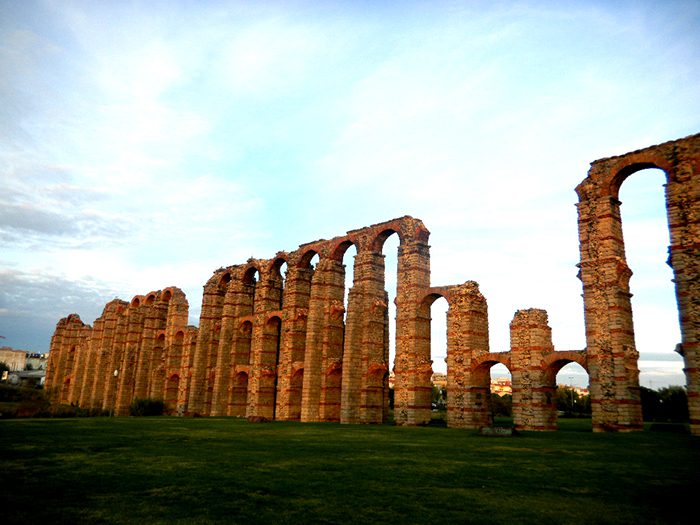 During the era of the conquistadors, Extremadura was a poor area that didn’t have many resources, forcing the conquistadors to leave and search for riches in the New World. Today, it remains a remote and rural area of Spain, but since the country joined the European Union, Extremadura has shaken off its past and become the best place to experience Spain’s natural and historic beauty.

I took a road trip through Extremadura in 2010 mainly for two reasons: I wanted to see the remarkable Roman ruins in the city of Merida and I wanted to taste its world-renowned Iberian ham, or jamón ibérico. Those experiences were just the beginning of an unforgettable trip, which took me through some of Europe’s most charming towns. Here are my top 10 places to visit in Extremadura! 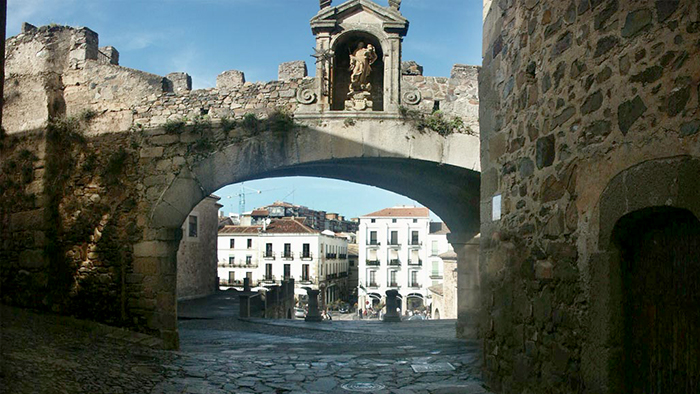 If you’re into ancient architecture, Caceres is a must-visit for you. The city of Caceres dates back to 25 B.C., during the time of the Roman Empire. Incredibly, several examples of architecture have been preserved from that time period, and they remain a draw today. 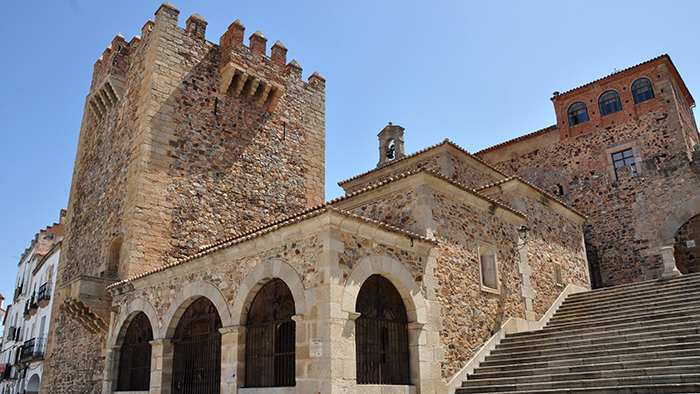 Along with its beautiful churches, such as the Church de Santa Maria, the city has also seen the influences of the Moors (now Muslims), which provides an incredible contrast of Roman and Islamic architecture. The Christian and Muslim cultures met in bloody fashion at the Bujaco Tower, which dates back to the 12th century and sits in the town square to this day, looking almost exactly like it did nearly a thousand years ago.

Check out What to See in Caceres, Spain 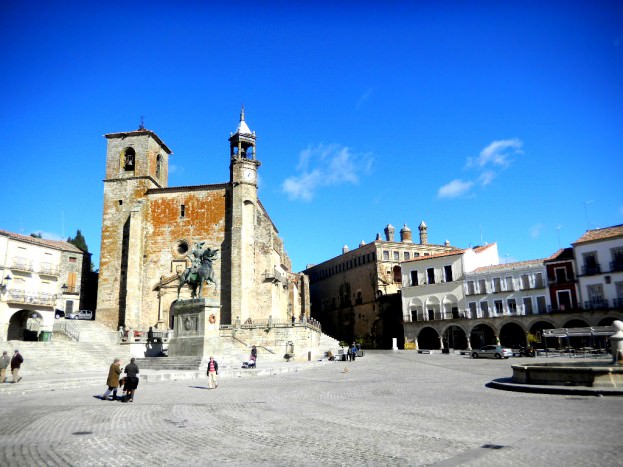 Remember the conquistadors who established Spanish-influenced civilization in the New World? Trujillo is known as “conquistador town” because of its status as their home, and it honors its past today by offering the chance to visit Francisco Pizarro’s home at the Casa Museo Pizarro and with a statue of Pizarro himself in the center of the Plaza Mayor. 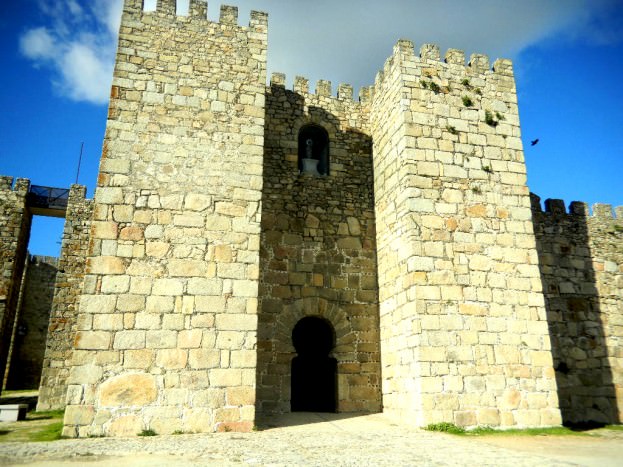 Speaking of the Plaza Mayor, it’s a breathtaking site bordered by churches and palaces, which give you a glimpse into the history of Trujillo as well as make it one of the most important places to visit in Extremadura. If you’re a foodie, Trujillo should definitely be on your list because of its status as the home of the National Cheese Fair every May. You might never eat a better jamón y queso sandwich in your life than one found here! 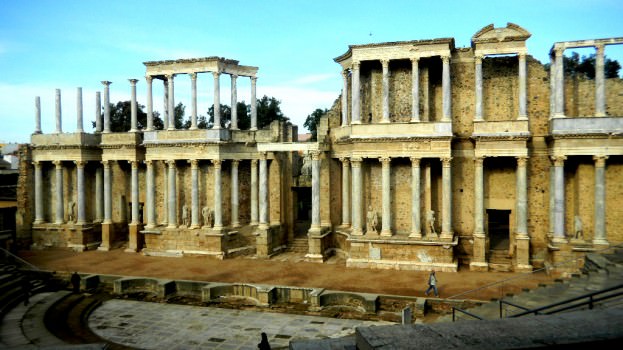 If you’re looking for Roman ruins, you’ve found the perfect city. Merida’s name literally translates to “mini-Rome”, and it’s home to more Roman ruins than any other city in Spain. The Merida Amphitheater was the site of gladiator battles, and coupled with the Roman Theater, both provide a look at the architecture that helped provide entertainment for the masses. Religious history also takes center stage in Merida, as the Temple of Diana remains standing after being constructed in the first century B.C. 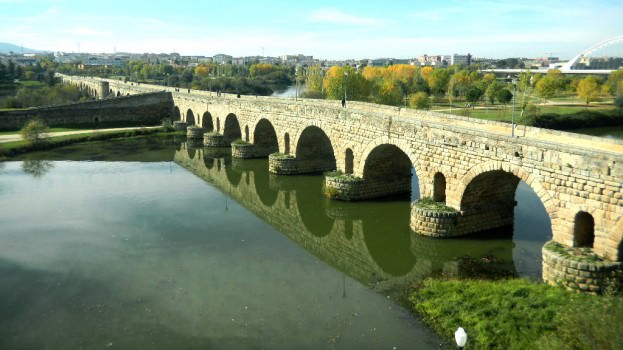 Merida sits on the Guadiana River, which means the city offers a chance to see the Romans’ work concerning bridges and aqueducts. At 2,591 feet, the Roman Bridge of Merida is the longest surviving Roman bridge in the world, and it’s just a short walk from the Plaza de Espana, making it easy to visit multiple sites in one day.

Check out What to See and Do in Merida, Spain 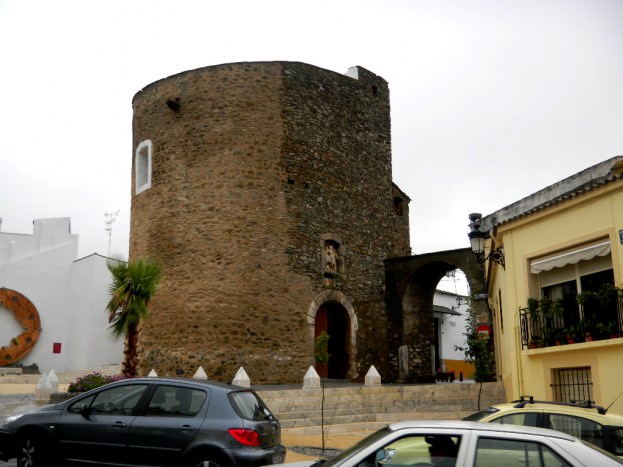 Have you ever wanted to spend a night in a castle? Zafra gives you your chance. It’s home to the Parador de Zafra, which was once a castle for the Moors in the 15th century. Now it’s a hotel that’s operated by the government, like all paradores in Spain. 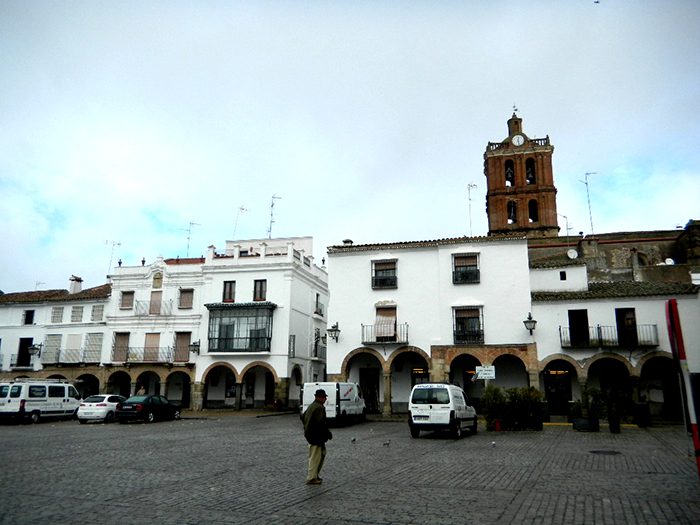 A parador is usually a historical building of some kind, giving guests the chance to feel the history in the city come to life. Outside of your sleeping quarters, Zafra offers walkable cobblestone streets and beautiful sights of carnations, a picturesque backdrop for an enjoyable small town. 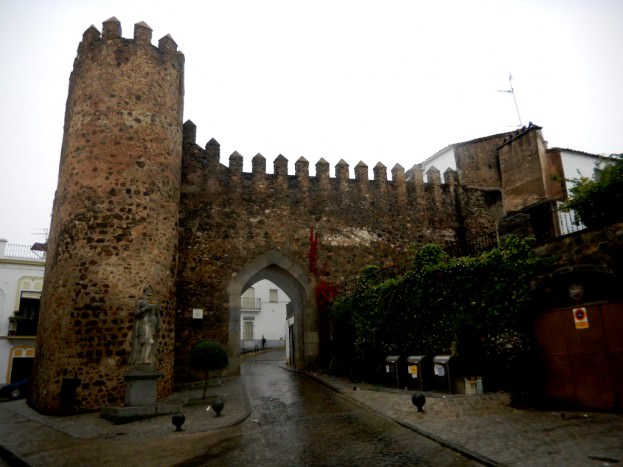 This town surrounded by walls might seem out of the way, but it’s worth the effort to reach. The city’s name translates to “Sherry of the Knights”, an appropriate name for a town that served as the home of the Knights Templar. 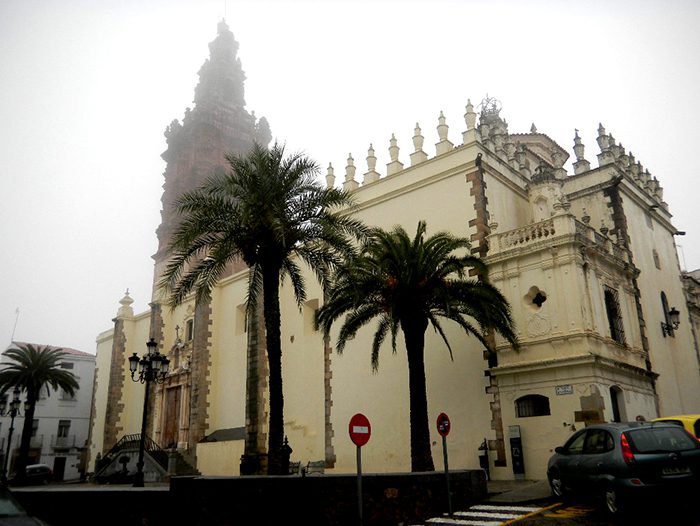 Today, Jerez de los Caballeros‘ fruit trees are a major part of Extremadura’s agricultural contributions, as are the pigs that provide the basis of the region’s delicious jamón ibérico. The main draws for tourists are the views of the Extremadura countryside and the Gate of Burgos, an entrance that dates to the 15th century. 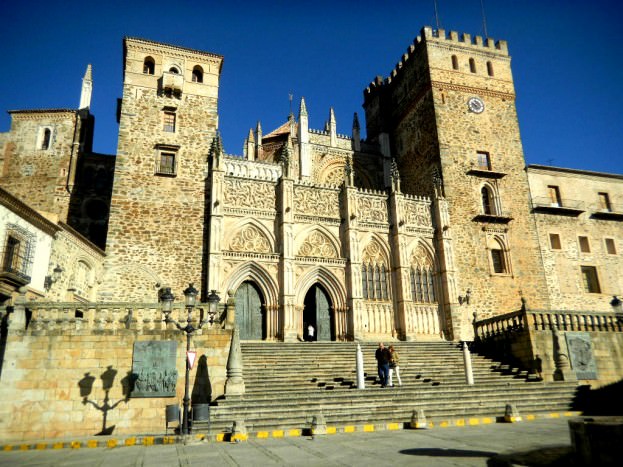 If you’re a Catholic, you’ve probably heard of the feast day of Our Lady of Guadalupe. This is the reference, as the Real Monasterio de Nuestra Senora de Guadalupe can be found here. The monastery dates back to the 15th century, and it’s home to a carving of the Virgin Mary that was believed to have been done by St. Luke. 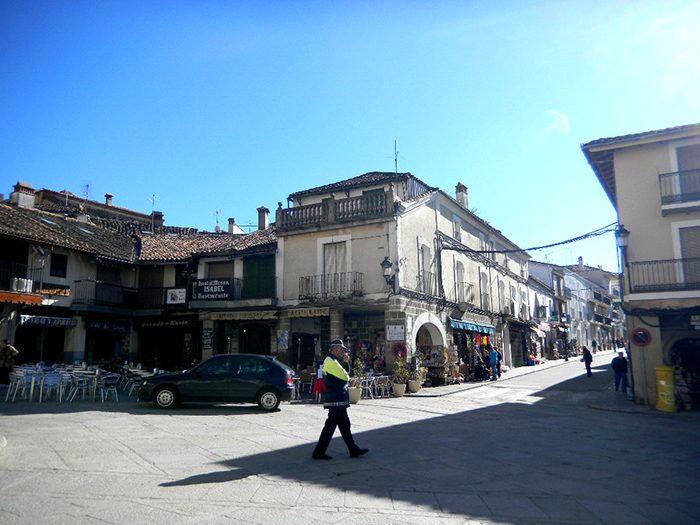 The statue itself was crowned by Pope Pius XI in 1928, and it has been a symbol of pride in Extremadura for centuries. For just three euros, this tour is a great way to experience the history of the monastery from an incumbent friar. 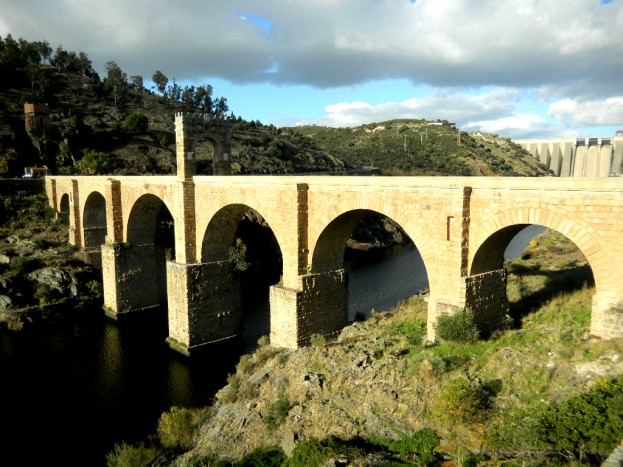 The history of Roman and Muslim cultures intertwining is displayed in Alcantara, which Is home to the 656-foot Roman Bridge, which was built for the Roman Emperor Trajan in 106 A.D. Trajan was one of Rome’s Five Good Emperors for his work to advance the Empire, and long after his reign, the Moors took over the city and renamed it after the bridge, calling it “Al-Qantarah”. 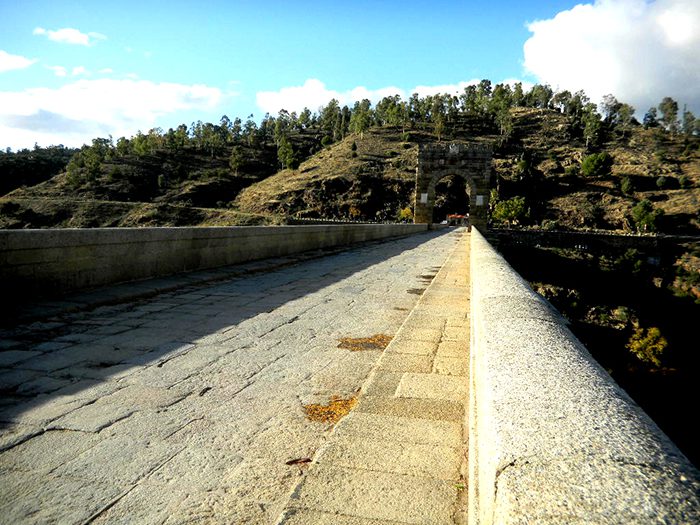 The city kept the name, although it now uses a more Western spelling. The bridge has been destroyed and restored on several occasions, and can now be either walked or driven over with a car. Either way, this bridge and the views from it are worth the trip on their own. 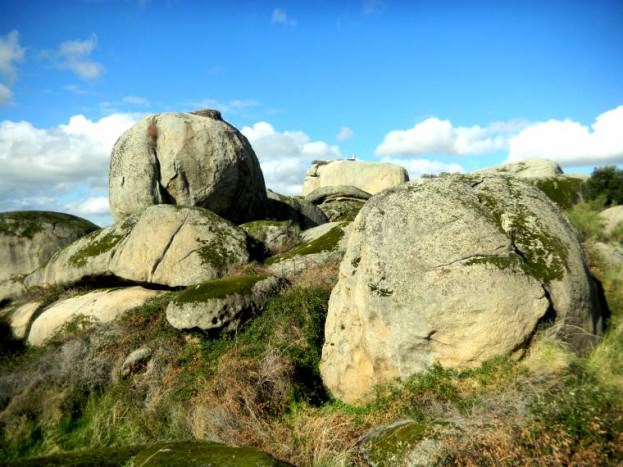 There’s history, and then there’s ancient history. Los Barruecos‘ rocks date back 500 million years, going back to the earliest days of the Earth’s crust shifting into the areas we now recognize. A visit here feels like no place else in Spain, as the rocks’ smooth surface and their formation give the feel of being transported to another world. 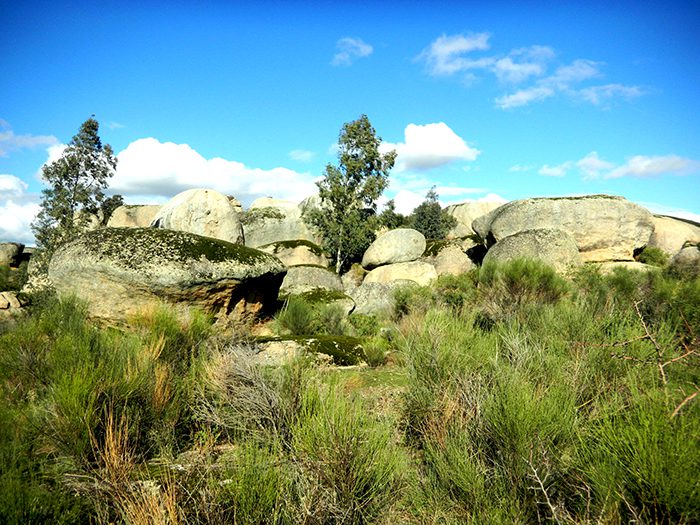 If you’re a nature lover, this is the town for you, as you’ll enjoy seeing Spanish wildlife as well as cave drawings that date back 10,000 years or more. This is truly the place to appreciate the natural beauty of the Extremadura region. 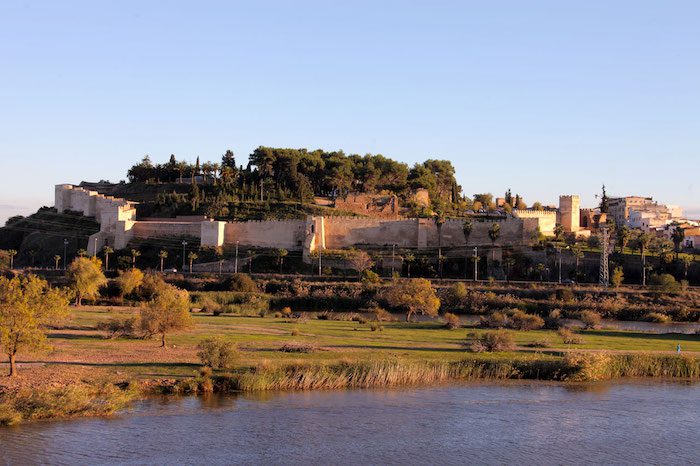 In the era where Spain and Portugal were colonial rivals, the largest city in Extremadura was vital for Spain’s military might. The city is home to the Alcazaba, a citadel built by the Moors in the ninth century and later used by the Spanish to set up invasions against Portugal. Today, it’s a national monument for Spain that provides some incredible view of the area around Badajoz. Within the Alcazaba sits the Jardines de la Galera, gardens that date to the 10th century. 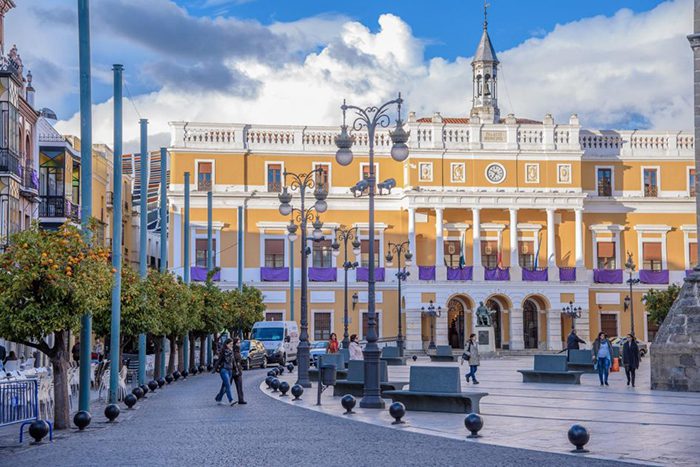 Beyond the Alcazaba, Badajoz is home to intertwining cultures, as evidenced by its cathedral. Not only was Badajoz Cathedral once a mosque, but it borrows from three different architectural styles for its windows, featuring Gothic, Renaissance and Platersque style to create an interesting contrast for tourists to enjoy. 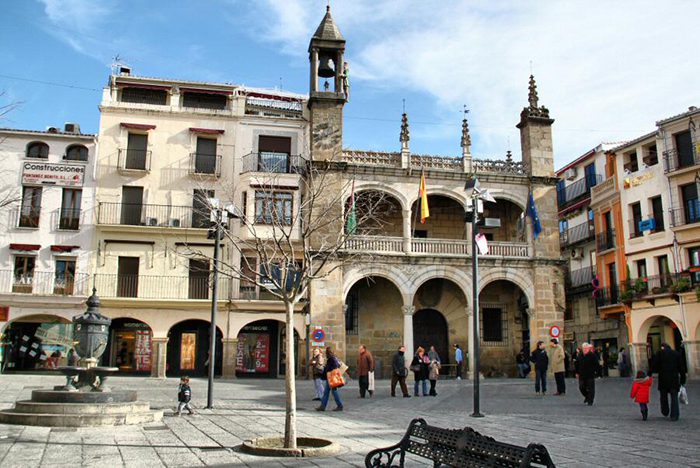 Plasencia’s history is that of two extremes: war and education. On one hand, Plasencia’s past made it the site of Extremadura’s first university at the request of the bishop of the area. On the other, it was also the site of many battles between multiple cultures. It’s kind of appropriate, then, that Plasencia’s Las Catedrals features Romanesque, Gothic, Renaissance and Platersque elements, given that each style found favor in the nearly seven centuries (that’s not a misprint) it took to complete. 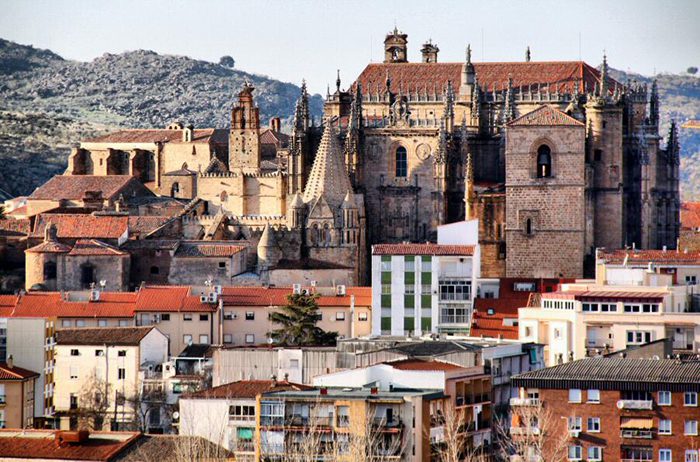 Besides the Catedrals, Plasencia is also home to the Palacio de Mirabel, which features a hanging garden and an opening to the Plaza de San Nicolas. The palace was a selling point in Plasencia becoming the capital of Caceres, but the city of Caceres won that battle. 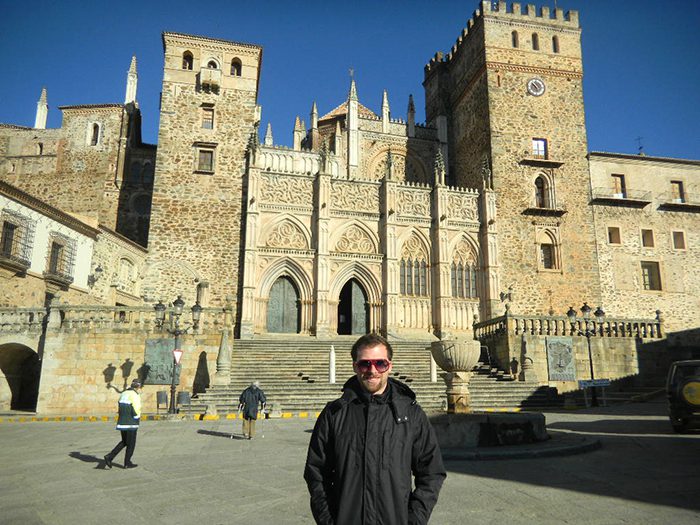 I based my week in Extremadura in Caceres and Merida, which resulted in one of my favorite road trips ever. Each town has something to offer, including historical sites, amazing food and some of the nicest people I’ve encountered. By basing yourself in one of the main cultural cities of the region, you’ll be in prime position to take several great day trips to the best places to visit in Extremadura. A week will allow you to get a great feel for the region, but with all the jamón ibérico and morcilla available, you might want to stretch it to two weeks!

One thought on “10 Places to Visit in Extremadura”