No trip through Japan is complete without a ride on one of its famed Shinkansen bullet trains. But for tourists who don’t speak the language, figuring out how to ride the bullet train in Japan is a common problem they come across in the weeks before their trip when they’re building their itinerary, or even worse, once they’re on the ground in Japan and are trying to figure out how to get from region to region. 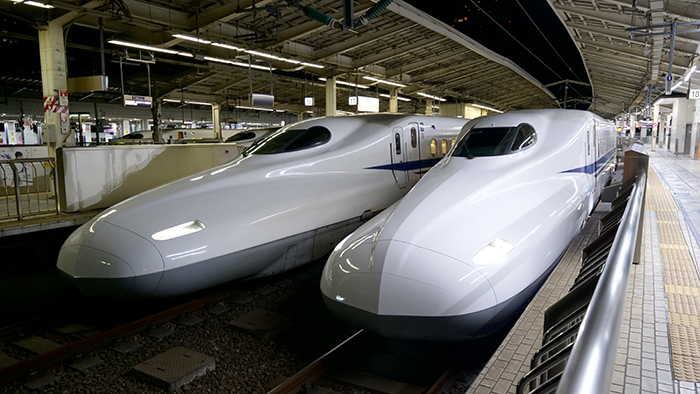 I first visited Japan in January of 2019 and had the time of my life. One of the main factors that helped make my trip go smoothly was the Shinkansen bullet train. I had limited time in the cities of Kyoto and Osaka, and without this train, my time in both of those cities would have been cut to less than a day. As I planned my own trip and navigated the stations in Japan, I learned a lot of information that I hope will help you plan your next inter-city Japanese vacation.

What is the Shinkansen Bullet Train? 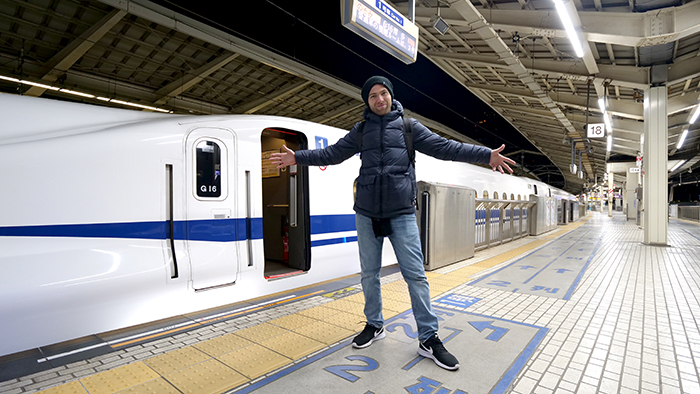 Before I get to that, you may be wondering what the Shinkansen bullet train is. These incredible inventions are high-speed trains that travel through Japan at speeds of up to 200 miles per hour. There are nine Shinkansen lines that run throughout the country, including the most popular, the Tokaido Shinkansen, which links the capital city of Tokyo with Kyoto and Osaka to the south. 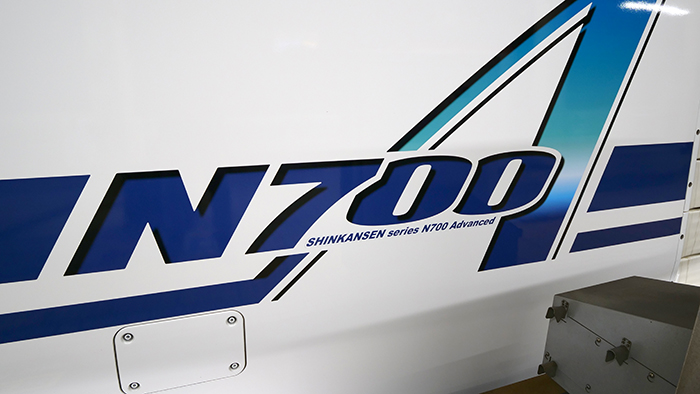 Check out 5 Places You Must Eat at in Kyoto, Japan 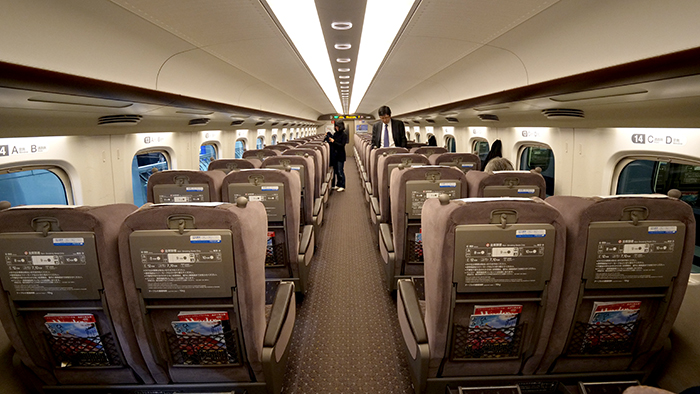 Because of their swift speed, the hundreds of miles between cities can be covered in as little as two to four hours. Nowhere is this more apparent than on the Tokaido Shinkansen line, on which the journey between Tokyo and Kyoto can take as little as 2 hours and 20 minutes. There is also a very short wait period between trains, as little as 3 to 6 minutes, which means the rail line averages roughly 365 services per day. 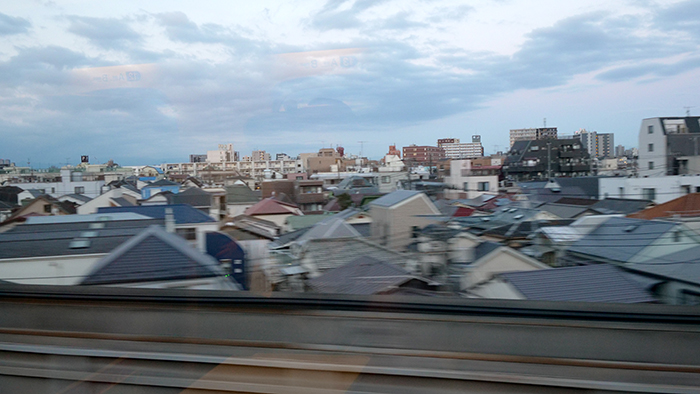 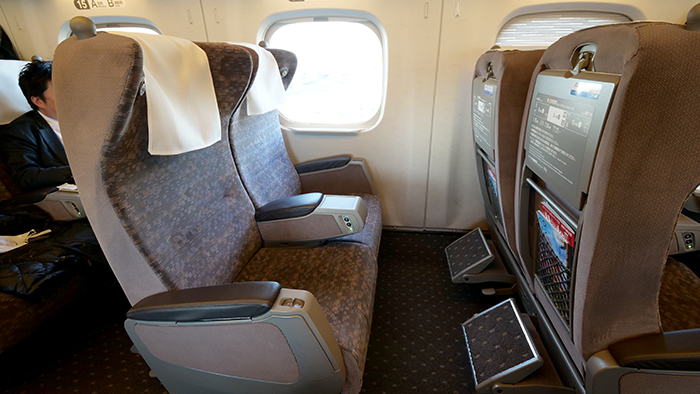 I will be honest with you. The passes are not cheap. They begin at $261 U.S. for a seven-day pass and cost nearly $530 for a twenty-one-day pass, but if your itinerary takes you to multiple regions of the country, and you plan on traveling between them frequently, it is more than worth the price. 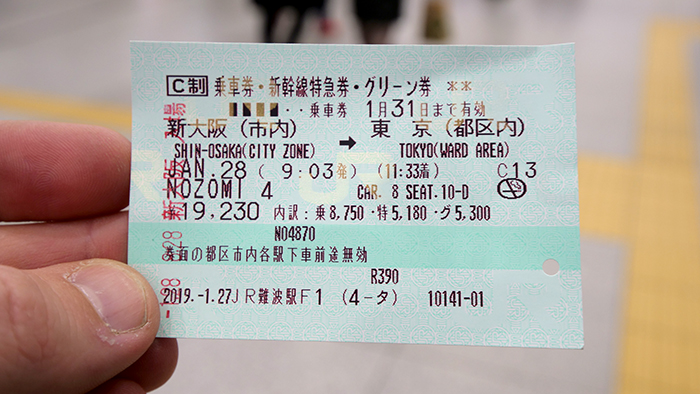 Check out Top 10 Things to See and Do in Kyoto, Japan 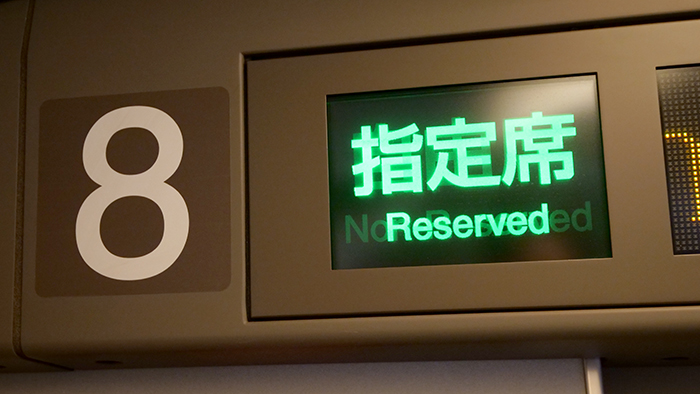 The perks of riding in the Green Cars include having more comfort, being able to recline your seats to 40 degrees, more leg room, getting a traditional oshibori (traditional hot towel), getting free drinks on certain lines, and the privilege of traveling in a car that never gets crowded, even during the peak travel season. 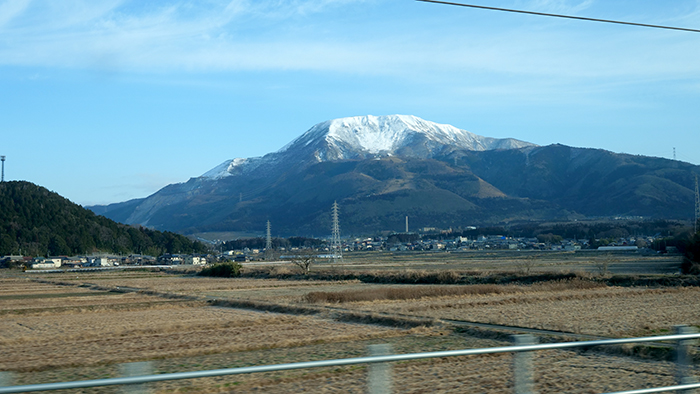 If you’d like to take a lot of the hassle and confusion out of how to ride the bullet train in Japan, the Japan Rail Pass will be your new best friend. 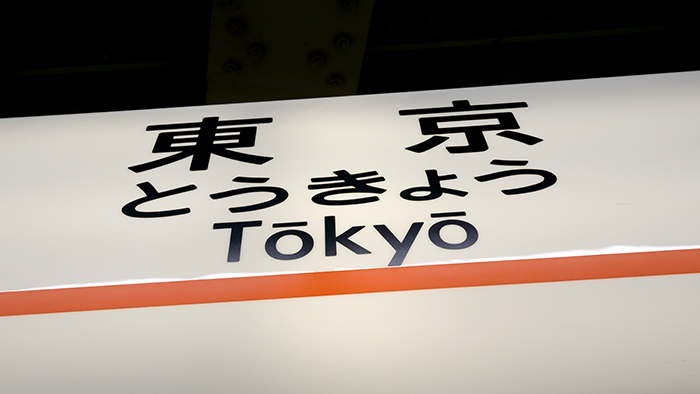 The most popular Shinkansen bullet train line is the Tokaido, the 320-mile-long (515 km) rail line that runs from Tokyo Station in Tokyo to Shin-Osaka Station in Osaka to the south, with stops in other cities along the way, including Kyoto. It averages around 452,000 passengers daily and is the most heavily-traveled high-speed rail line in the world. 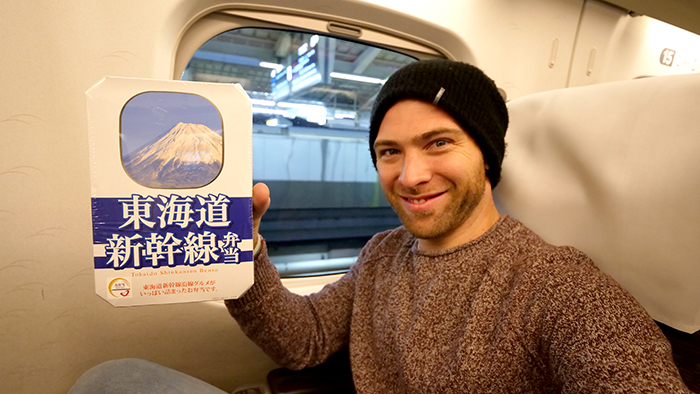 There are three different trains that run along the Tokaido Shinkansen Line: the Nozomi, Hikari, and Kodama. Though each of these trains travel along the same route, some of them travel faster than others, and make stops that the others don’t, which makes the travel times between the three differ. 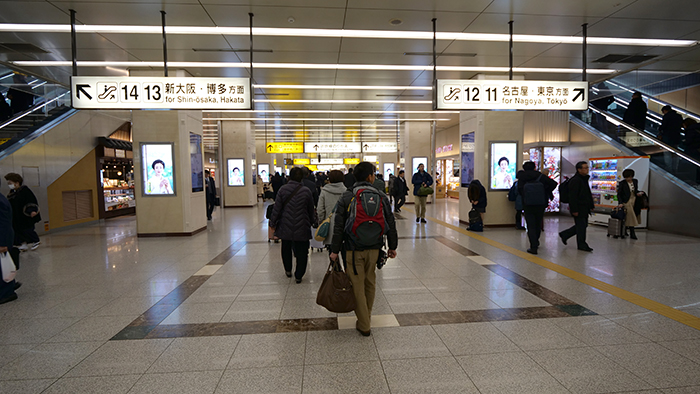 A journey to Kyoto Station from Tokyo Station will depend largely on which train you choose to take. A ride on the Nozomi train, which costs approximately $128 one-way during peak season, takes roughly 2 hours and 20 minutes, and is the fastest, most frequent, and most expensive. Remember, because the Nozomi train is not a part of the National Japan Rail Group and is operated by a private rail company, it isn’t covered by the Japan Rail Pass. 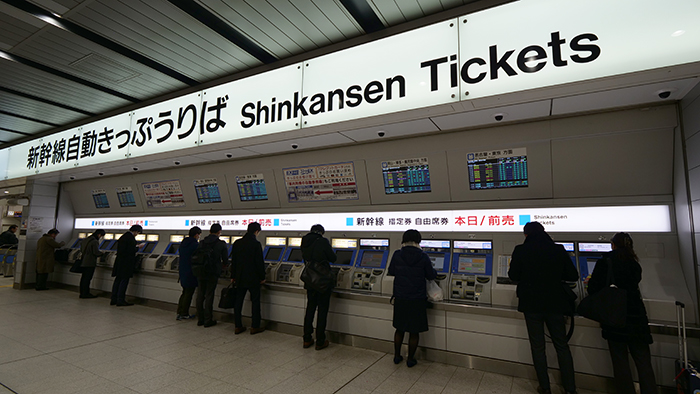 But if you purchased a Japan Rail Pass, you’re in luck. The pass covers the Hikari train, which would normally cost $125 one-way during peak season, and takes about 2 hours and 40 minutes to travel between Tokyo and Kyoto. The Kodama train (also roughly $125), takes about 3 hours and 50 minutes to reach Kyoto from Tokyo Station because it stops at every station along the route. 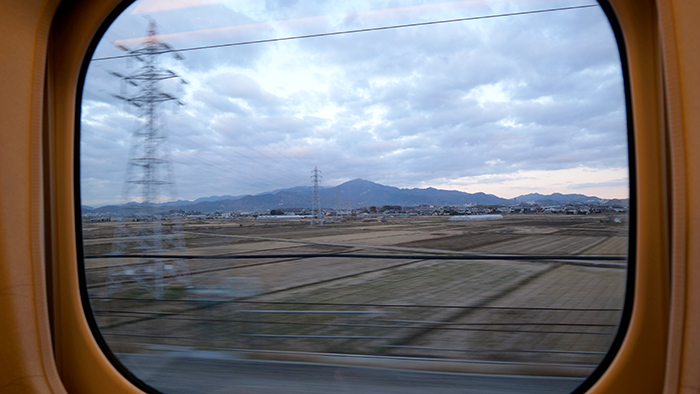 If you will be buying a ticket like I did instead of using a Japan Rail Pass, I recommend buying your ticket early from a station rather than buying online, which is more expensive. My Green Car ticket from Tokyo to Kyoto cost me 19,434 Yen, or roughly $175 U.S. I also recommend asking people who work at the stations where to go because the stations are massive and crowded, and it isn’t always clear which train or platform is the one for you. 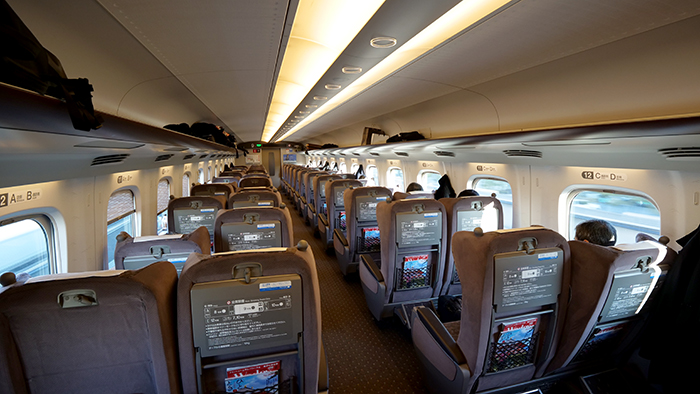 Before you find your platform and train, I recommend buying a Bento Box to enjoy on your train ride. These portable food packages usually contain fish, rice, and vegetables and are a tasty and traditional way to enjoy your high-speed ride to Kyoto! 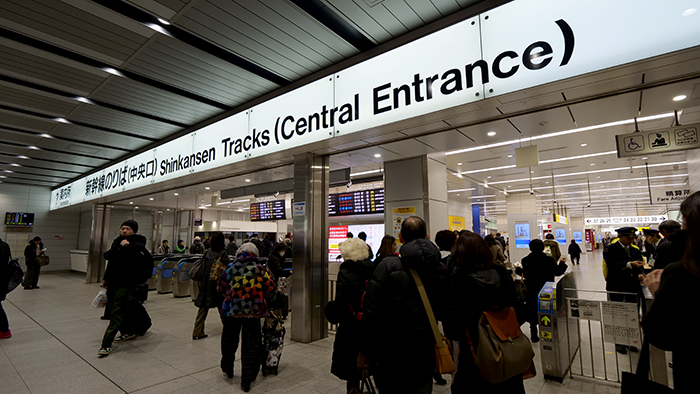 Like the Tokyo to Kyoto Shinkansen trains, your travel time between Shin-Osaka Station and Tokyo Station will differ based on which train you take back to the capital.

Check out Top 15 Things to Do Near Tokyo, Japan 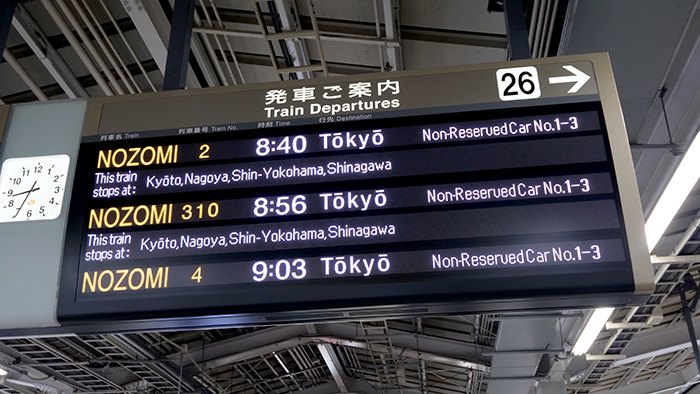 As with the trip from Tokyo to Kyoto, the Nozomi train is the fastest option between Osaka and Tokyo at roughly 2 hours and 30 minutes between the two cities, as well as the most expensive at approximately $128 one-way during peak season. 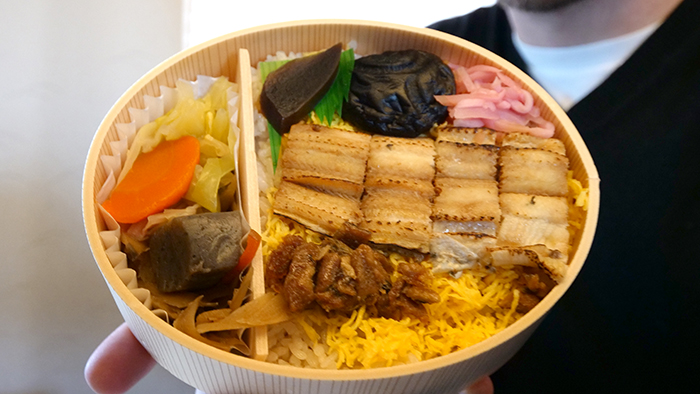 The Hikari train and Kodama train both cost roughly $125 during the peak season, but the ride from Osaka to Tokyo on the Hikari takes about 3 hours, while the Kodama train takes over 4 hours because it stops at every station along the route. 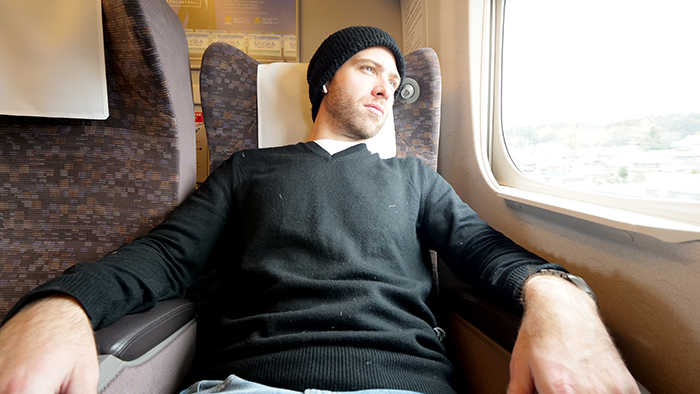 If you like watching the scenery zip by as you travel, be sure to look out for Mount Fuji, which you should be able to get a clear view of on your ride back to Tokyo! 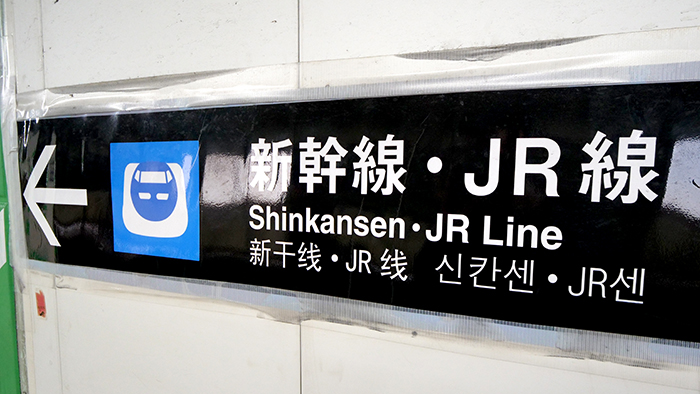 One of the most important things to remember during any Shinkansen bullet train ride, or any ride on public transportation in Japan, is to practice proper Japanese etiquette at all times. Trying to learn all of the rules can be daunting, but most of them are common sense. 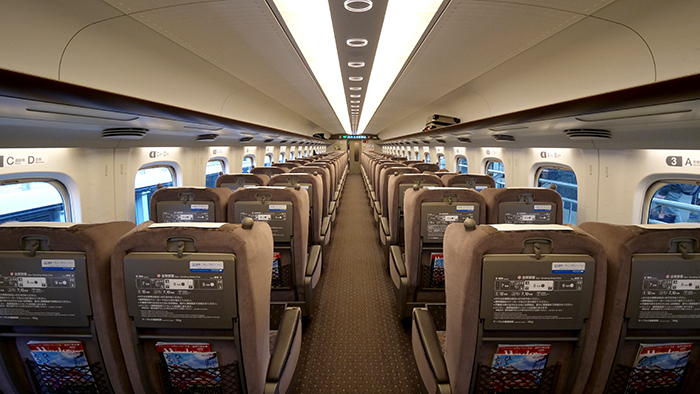 Talking on your cell phone on public transportation is considered rude, as it disturbs all of the people around you. If you have to use your phone to send text messages, put the ringer on silent. If you’re traveling with family or friends, remember to speak quietly to your travel companions so as not to disturb others. 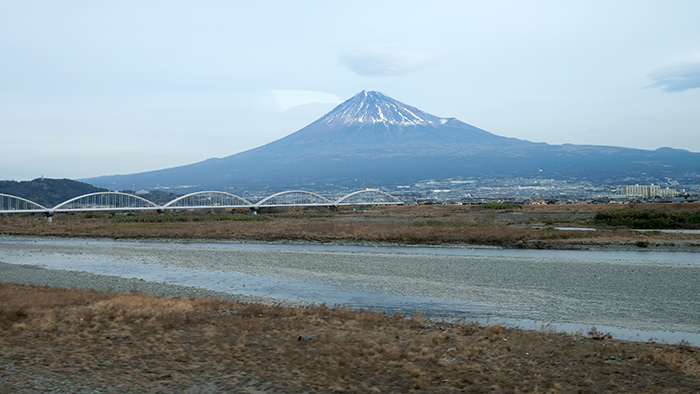 I had to take extra care to keep quiet during both of my Shinkansen bullet train rides, as I filmed travel vlogs during each of them and spent a good part of each ride talking to my camera. In both cases, I did my best to sit far away from other passengers and keep my voice as low as possible so as not to disturb them. 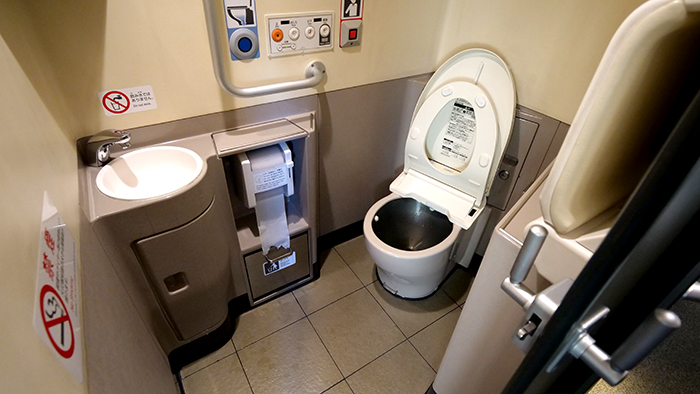 If you are sick, it’s best to buy and wear a surgical mask before boarding the train to avoid spreading germs to others. Even if you are sick, try not to sniffle, sneeze, or blow your nose.

Check out Top Places to See and Eat at in Osaka, Japan 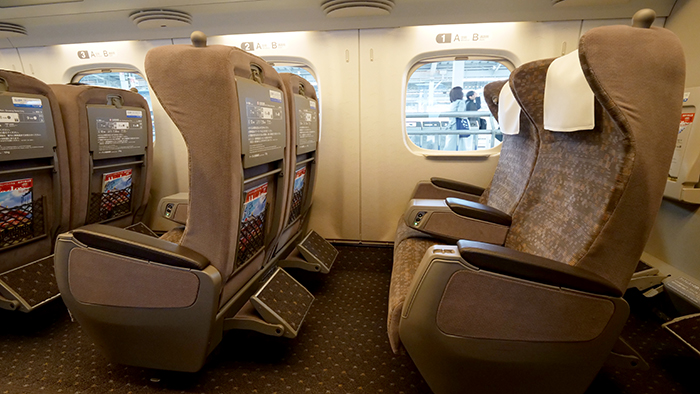 Listening to loud music, placing your bags on a neighboring seat, and not giving up your seat for a sick or elderly passenger are practically forbidden, so do not do any of these things under any circumstances. 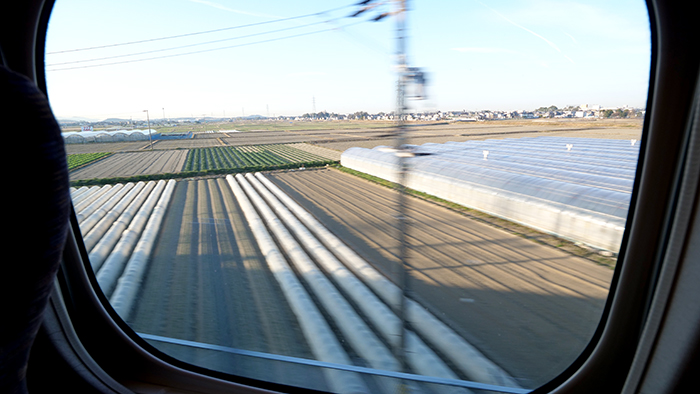 Before you come to Japan, I recommend learning some basic Japanese phrases so you can apologize or thank people in their native language if you need to. Some essential words and phrases include sumimasen, which translates to “excuse me” or “sorry,” and arigato, which means “thank you.” Both of these are recommended in case you run into a language barrier with other passengers. Most people will be forgiving of a misstep if you show them that you’ve taken the time to learn their language and are sorry for disturbing or bumping into them. 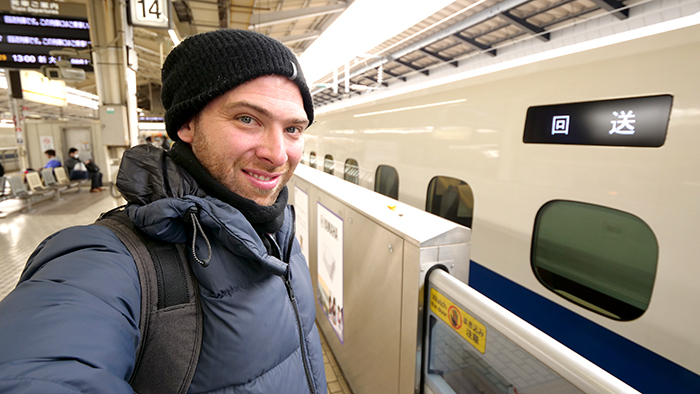 And now you know how to ride the bullet train in Japan! Riding one of these high-speed marvels is a fun and relaxing way to travel. It is a uniquely Japanese experience and is an adventure in and of itself. The next time you find yourself in Japan, grab a good Bento Box, hop on a Shinkansen bullet train, and kick back and relax as it takes you on a ride you won’t soon forget!