On my first morning in Suriname’s capital of Paramaribo, I headed out bright and early to have an authentic Surinamese street food breakfast. Come along with me as I try some of the local cuisine and go on a tour of the Central Market! 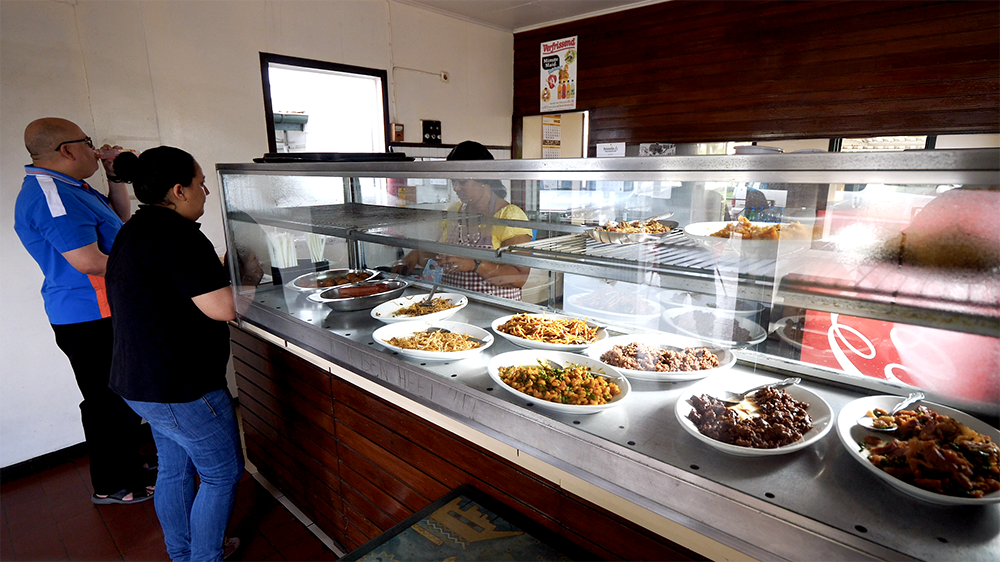 My buddy and guide, Imro from Jenny Tours, took me to Cafetaria De Smaak to start my day. I was starving and could not wait to eat and explore! 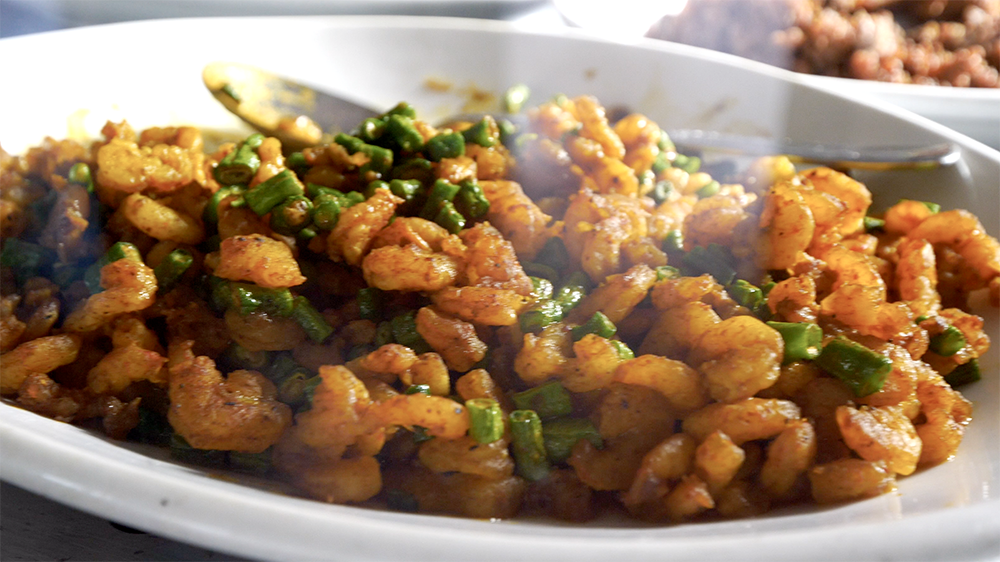 In the restaurant, there were lots of dishes on the menu, including small shrimp, chicken, steak, fish, and potatoes with kidneys. They’re basically different protein salads and they all looked so good! I was very excited to get my first taste of authentic Surinamese street food.

Check out the Top 10 Things to See and Do in Jorhat, India

The breakfast dish has a Dutch name. You usually get some bread and try one dish, but I got a bit of everything: fish, kidney with potatoes, beef, shrimp and veggies, and more. It was like a Surinamese thali! I took a piece of bread and stuffed some shrimp inside. 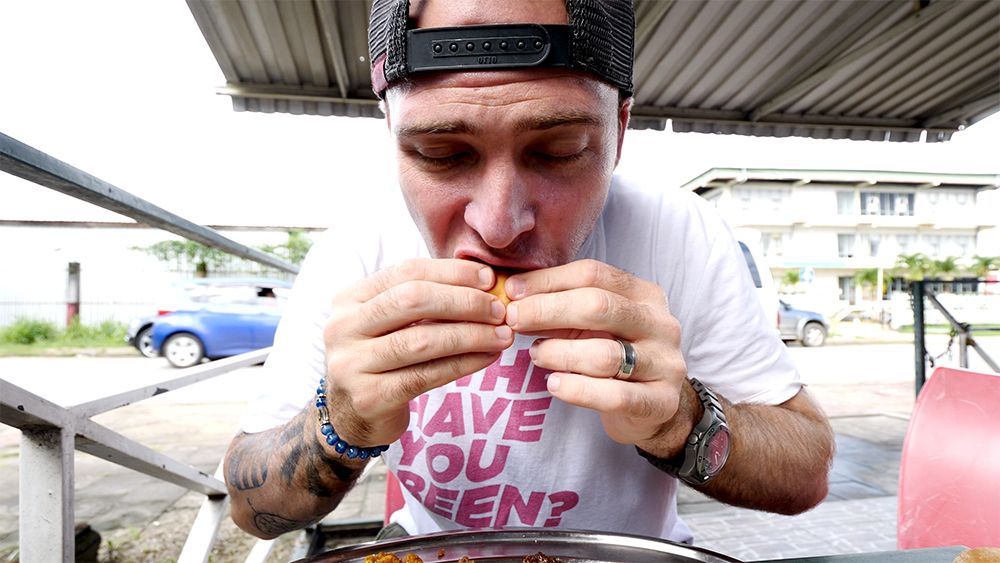 The shrimp had a light and tasty curry. I couldn’t get enough of it! The salty fish wasn’t too salty but good. I had some super hot coffee with it. The best thing is, this breakfast will only cost you between $1.20 and $3 USD. 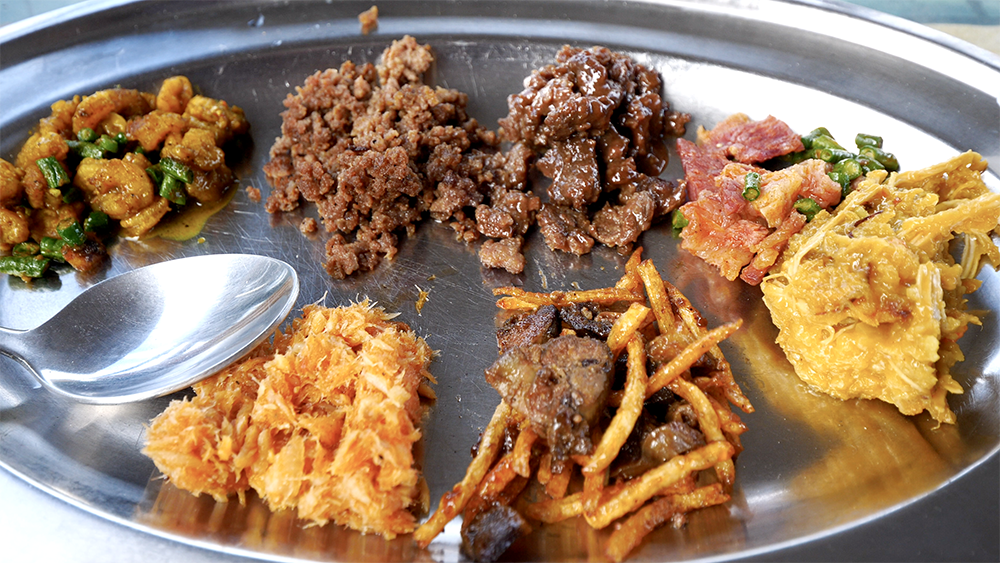 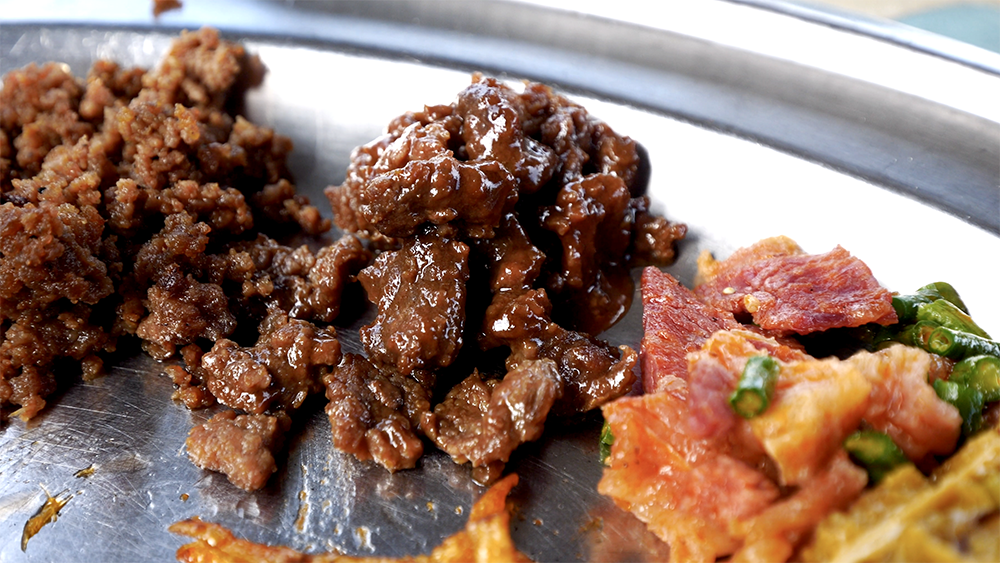 To finish off my Surinamese street food breakfast, I took everything on the plate and mixed it together. The mix reminded me of something I’d had in Thailand. There were lots of different flavors and textures and was so good! I’d never had anything like it before!

From there, we headed to a local market. I wanted to get a look at local life and maybe get some more food! We passed by lots of restaurants and 5-star hotels. There were also souvenir shops. Because it was 9 a.m. on a Saturday, there weren’t a lot of people around. There was lots of Dutch architecture in the city center. 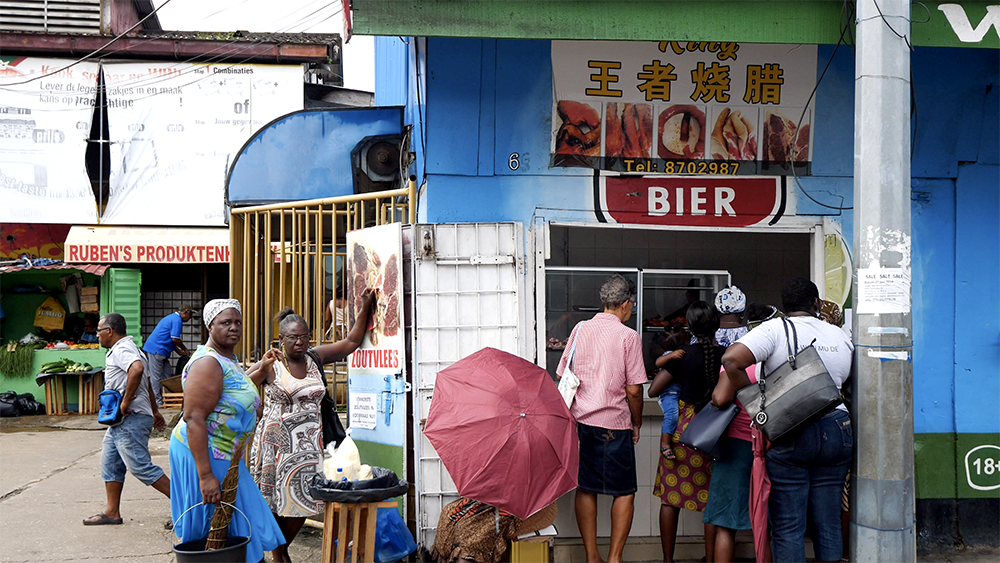 We headed to the market, where we found a man mending broken shoes. There were a lot of women selling fresh produce like lychee. The women didn’t like being filmed, but they let me film the vegetables. As we continued, I started smelling the fish in the fish market! 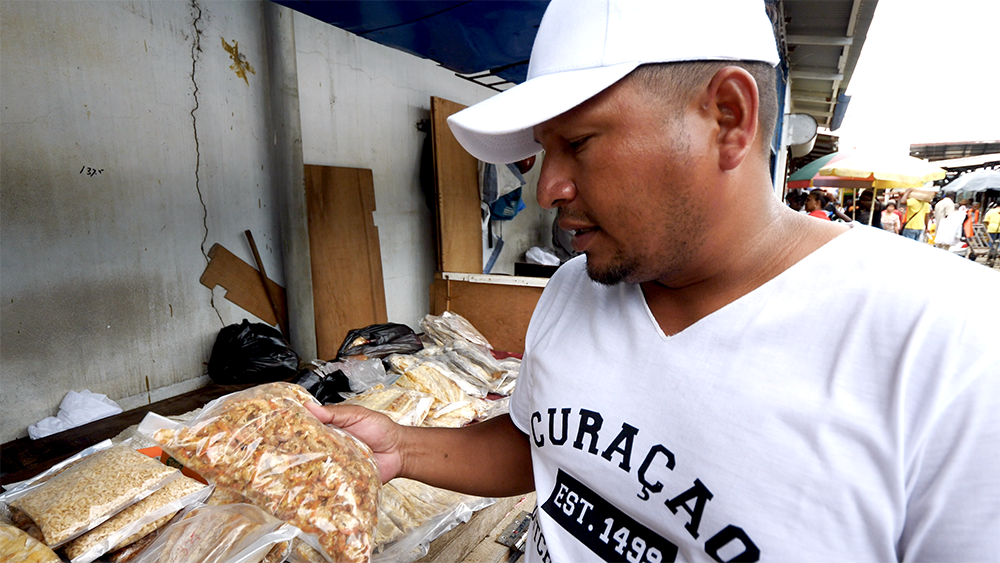 We found some dried shrimp and some incredible-looking smoked fish. We got a smoked catfish and sampled some of the meat. It wasn’t my favorite but there weren’t any bones! There were also some crabs hanging on the outside of some barrels. Further on were lots of shrimp and huge catfish roe. There were vendors cleaning crabs as well! 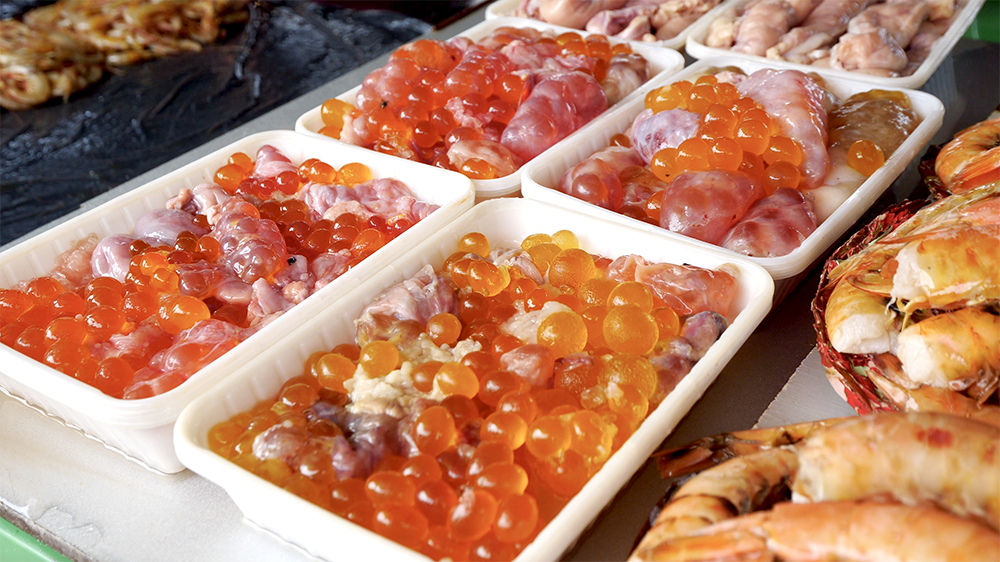 There were also vendors cleaning fish. It smelled really fishy there! I was the only foreigner there, which made it a really immersive experience. 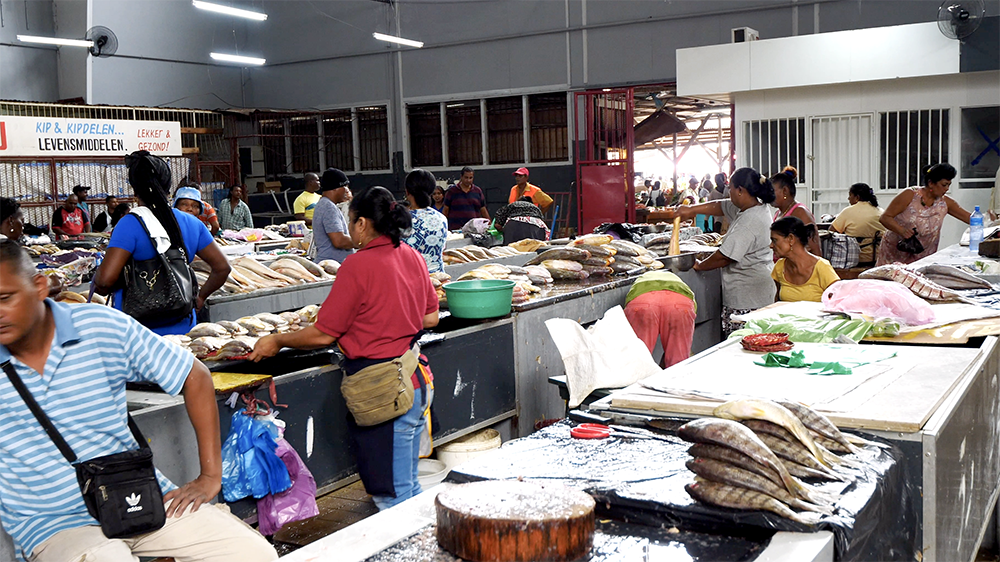 From there, we headed to the meat hall, which has lots of chicken on the right and fish on the left. It felt like I was in a market in Africa! The vegetable area was more like a wet market in Manila. They had lots of vegetables I’d never seen before. My allergies were acting up, so we got something for that!

Then I got a slush pom de citerre, which was like condensed rose milk with coconut. It was refreshing and super hydrating! It cost 6 SRD, or just under $1 USD. 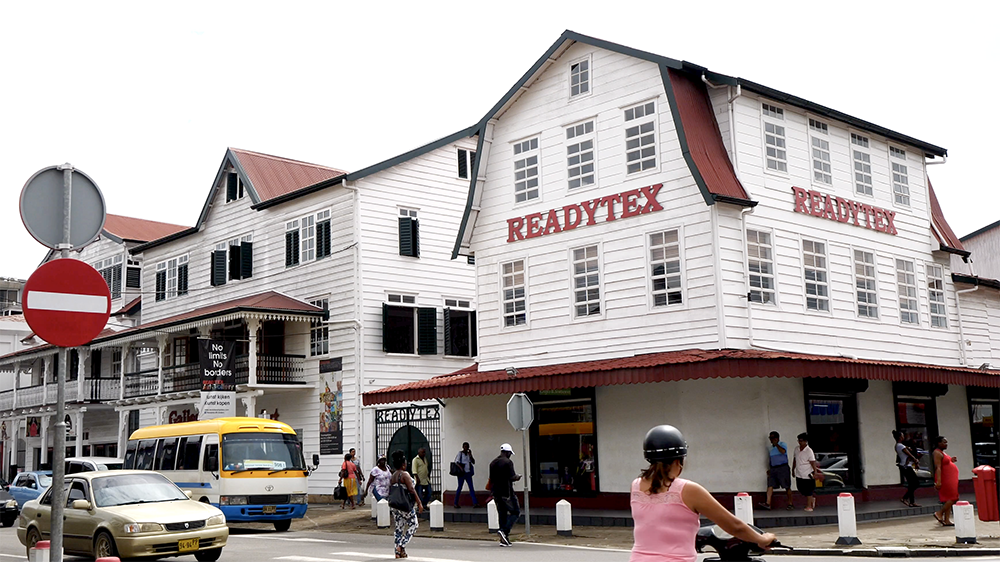 Next, I went on the hunt for some masks. We arrived at ReadyTex, where there were some wooden crafts but no masks. My favorites were the wooden foldable chairs, which were 1,250 SRD, or about $140 USD. I found a nice Suriname soccer jersey and two for my nephews. 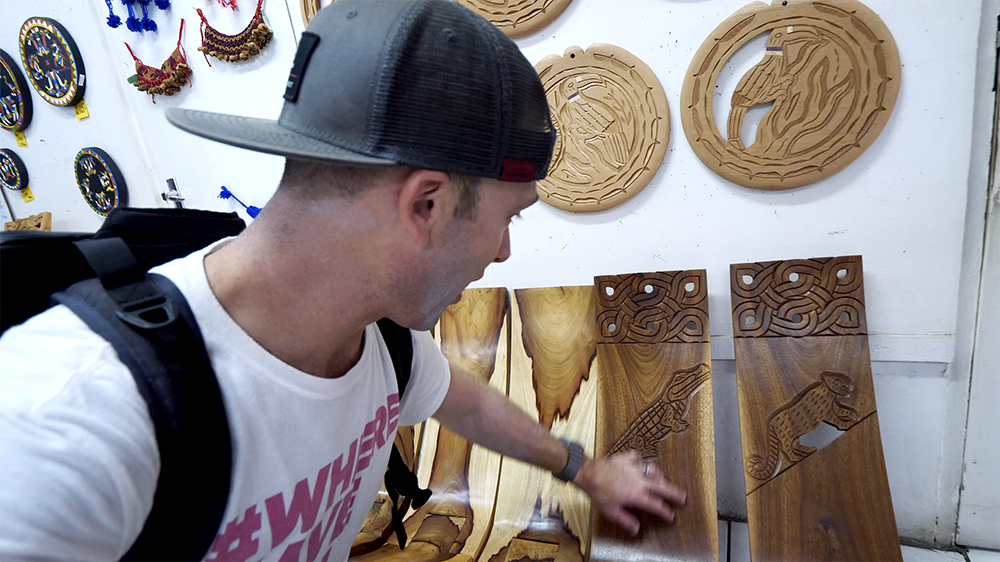 The heat was starting to get to me, but at least it wasn’t humid! My hunt for a mask continued. 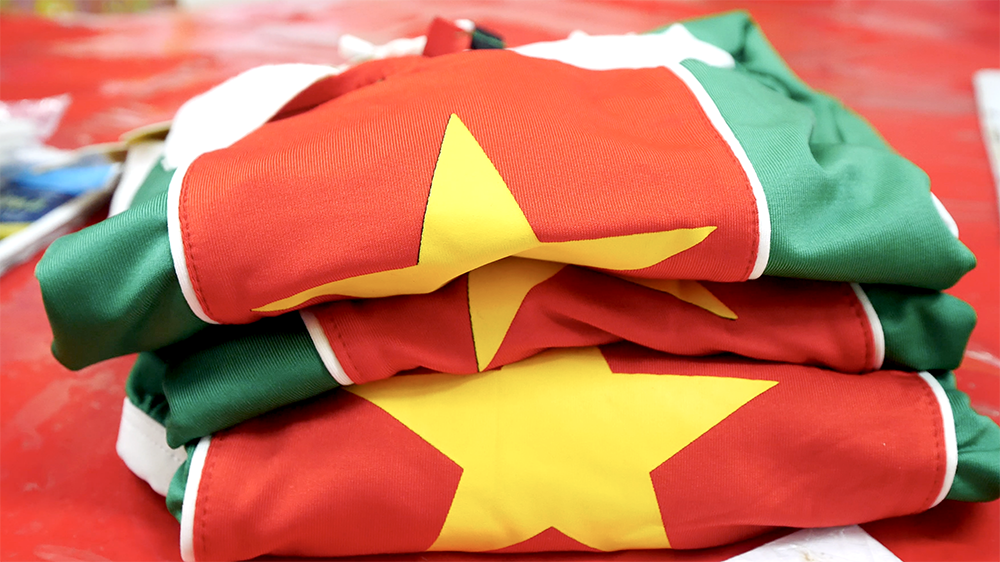 I hope you enjoyed joining me on my Surinamese street food breakfast outing! If you did, please give this video a thumbs up and leave me a comment. Also please subscribe to my YouTube channel so you don’t miss any of my upcoming travel/food adventures!