After a long journey from Isadou Island back to Brownsweg, Suriname, I was on my way to Browns-Mountain in the Brownsberg Nature Park. Come along with me and my guide Imro as we enjoy some Surinamese food and on a wild road trip and a crazy hike to Browns-Mountain waterfalls! 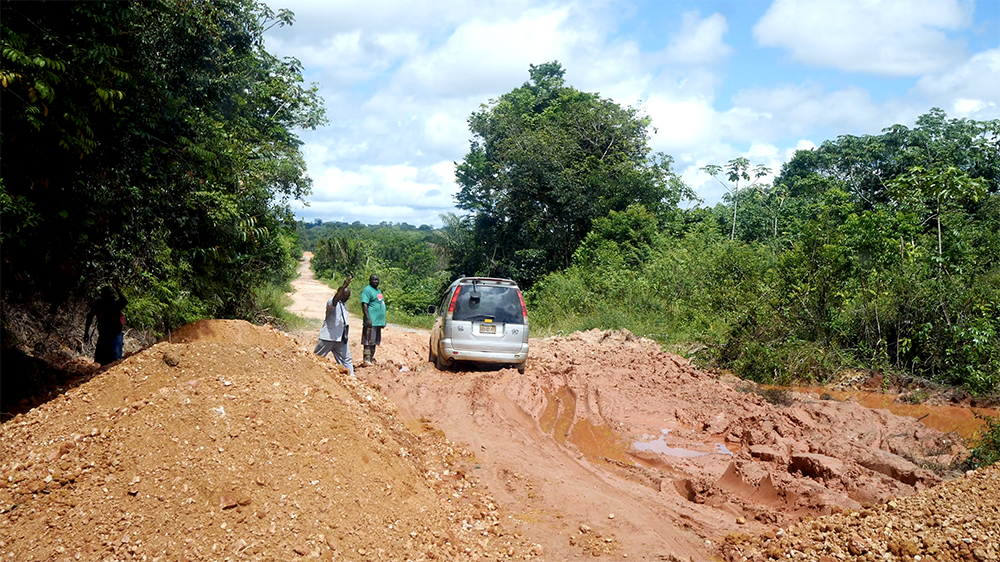 The latest leg of my Surinamese adventures began with me and my boy Imro from Jenny Tours setting out from the town of Brownsweg in a big truck driven by a guy named Rias. I had to climb in through the driver’s side to get into the front seat and there were other passengers in the back. The ride would take us an hour!

The road up the mountain through the jungle was really muddy and filled with potholes. It was really bumpy. We had to stop for a bit because there was a car ahead of us that was stuck in the mud. After they got un-stuck, we continued on, but the roads didn’t get much better. We saw another car stuck in the mud, which is why you should drive a 4×4 here. 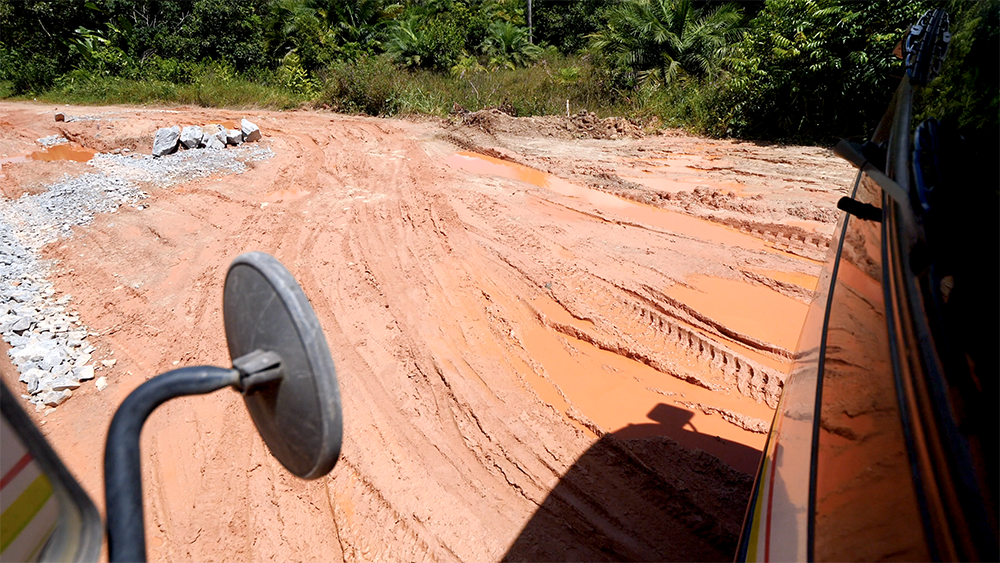 We continued along a rocky, flooded jungle path. The road was cracked on one side as we continued on, but our driver knew what he was doing. It was probably the worst road I’ve ever been on. It’s not for people who get motion sickness, that’s for sure! After an hour, we reached the campsite atop the 500-meter-tall mountain. I couldn’t wait to hike to Browns-Mountain’s waterfalls! 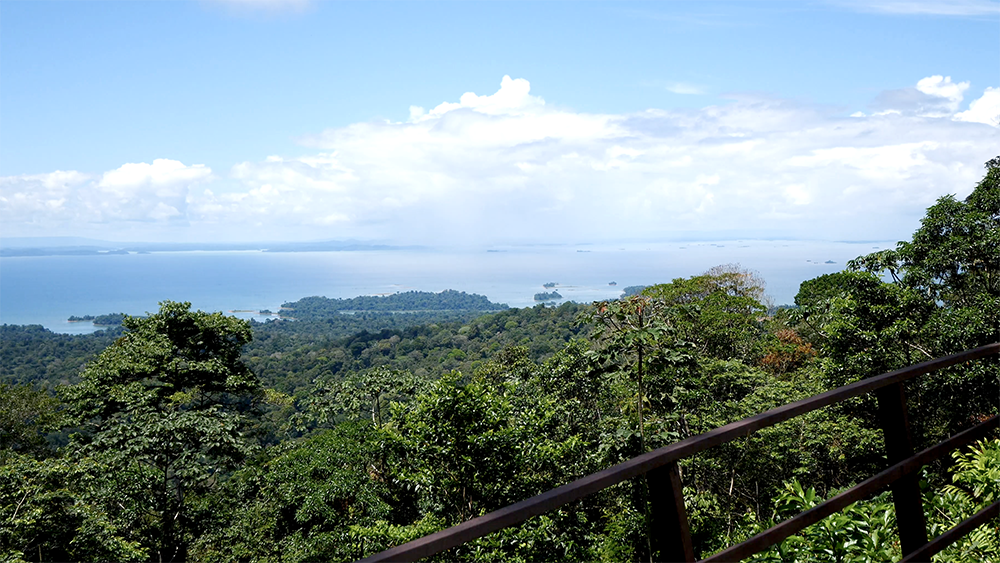 We decided to hold off on lunch for a couple of hours and instead, get some incredible views of the reservoir at Stone Island. The view was incredible. There are a lot of trees and you can see how huge the lake is. From there, Imro and I went on a hike through the jungle to look for some waterfalls! 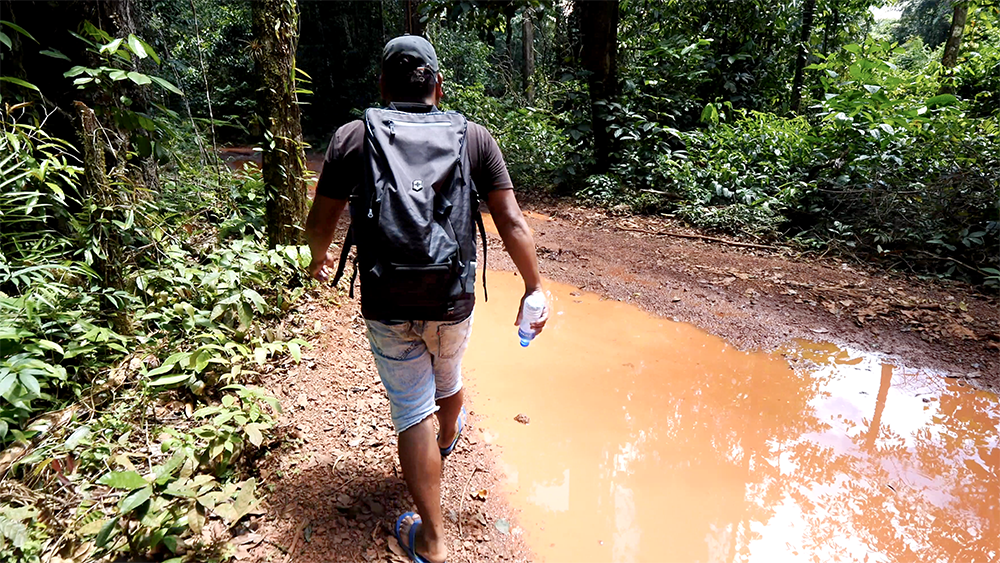 The street was super muddy and filled with potholes with dirty water in them. I had to be super careful in my sneakers! We left the street and followed a trail through the jungle. The trail wasn’t bad. It went gradually downhill and was way better than walking through the mud. I could hear the animals in the trees around us!

We reached a viewpoint where we could see Brownsweg. We continued on and approached our first waterfall. The trail got a bit more treacherous and steep as we went. Luckily, there was a rope strung between the trees to hold yourself steady! The hike to Browns-Mountain waterfalls was a real adventure! 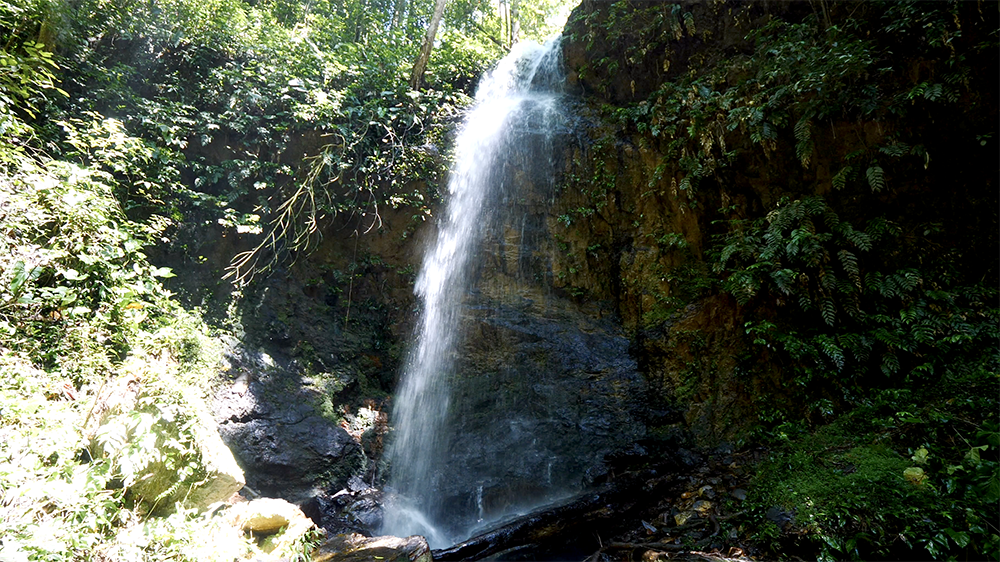 The waterfall was about 30 meters high and splashes on the rocks and is totally worth the trek to get there. Then, we turned around to go to the other waterfall! It would take us 45 minutes to get back, plus another 30 minutes to the falls. The trek up would be really dangerous if it wasn’t for the rope. We stopped for some water and to catch our breath. 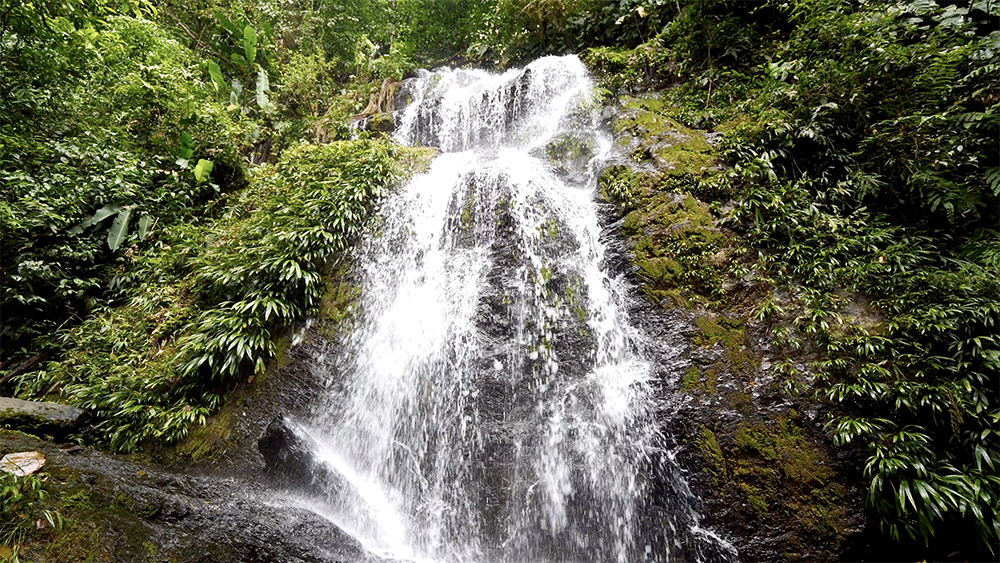 The trail was extremely steep. Going uphill was worse than going down, but it’s also a good workout. You should keep moving in the jungle. Otherwise, bugs will start attacking you. We had to make our way down another steep trail to get to the second falls. It wasn’t as bad as the last one, though. There’s a lot of mud leading to the falls, but they were worth it because they’re so beautiful! They had 3 or 4 tiers in total!

I finished off my hike to Browns-Mountain waterfalls by splashing some stream water on my face and took a drink of some. After a brutal 90-minute hike back to the campsite, we finally got some lunch! It consisted of chicken, rice, coleslaw, and Parbo bier. The beer was so refreshing!

The rice and chicken curry were nice and creamy. I also loved the chicken. It was so fresh and tasty. The coleslaw was really good, too. It had no Mayo and was just cabbage, pepper, and oil. I loved how crunchy and moist it was. It was a typical Surinamese lunch and was super healthy. I also tried a crazy spicy pepper, which I mixed with the rice! 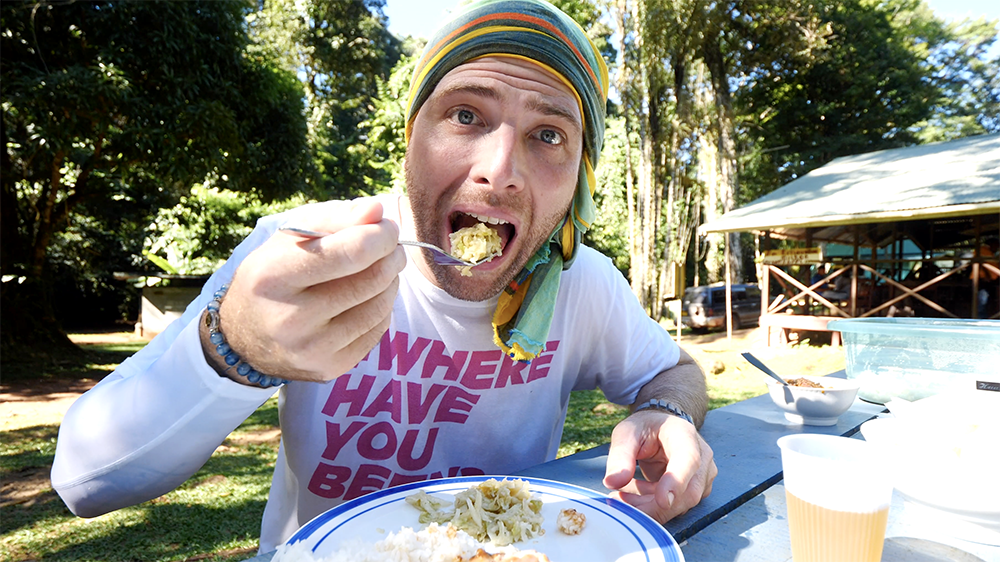 I hope you enjoyed coming on my crazy road trip and hike to Browns-Mountain waterfalls! If you did, please give it a thumbs up and leave a comment below. Also, please subscribe to my YouTube channel so you don’t miss any of my upcoming travel/food adventures!