Day 11 in Kerala, India began with a rare and special treat. I got the chance to experience an ancient Indian traditional ritual performance called Theyyam in Kannur, Kerala, India! Come along with me as I get up close and personal with this ancient form of worship!

I woke up at 3:45 a.m. in the city of Kannur and was ready to go at 4:30. I was super excited to have this experience with my boy Roshan from the Seashell Haris Beach Home. 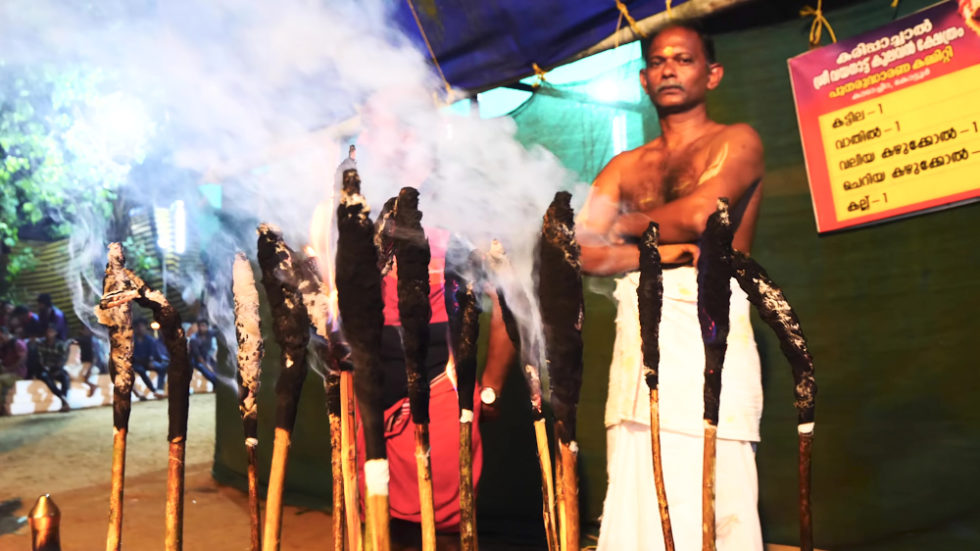 The Indian ritual of Theyyam is a form of worship that occurs between November and February in the Kolattunādu area of Kerala, India which includes Kannur District, Kasaragod, Wayanad, Kozhikode, and more. All of the performers are part of the indigenous tribal community. There are between 400 and 500 different varieties of Theyyam, and elements of the ritual go back as far as the Neolithic period. 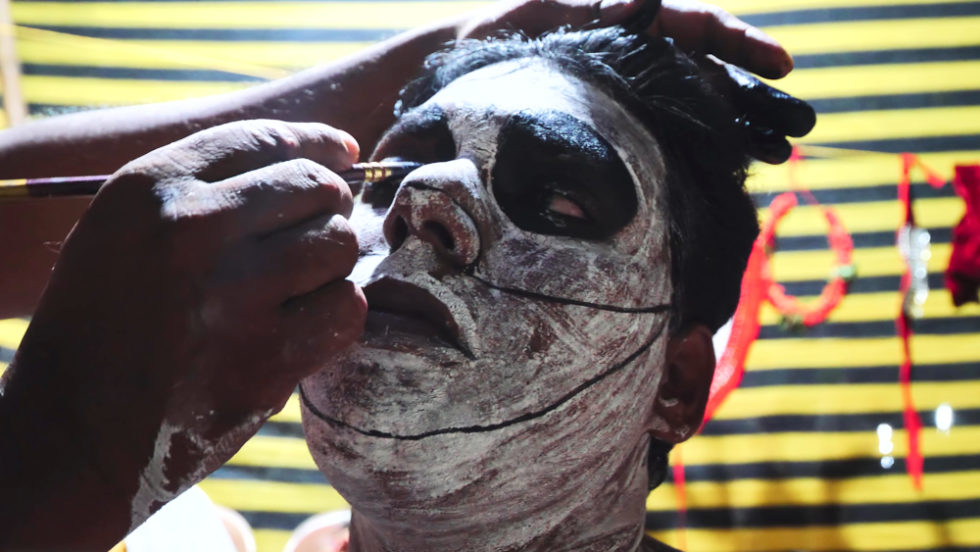 It’s rare to get to see this ritual. Few people have covered it because they don’t give out the location. You have to know someone who knows where it’s happening. We arrived at a small temple in the village and took our shoes off. Outside, in a tent, we watched a performer get white makeup and black stripes done for the ritual. He was being made up as Gulikan, who is worshipped as Lord Shiva. After he performs for an hour, the Vayanatt kulavan comes. He is a blind, old man who is considered the son of Lord Shiva. 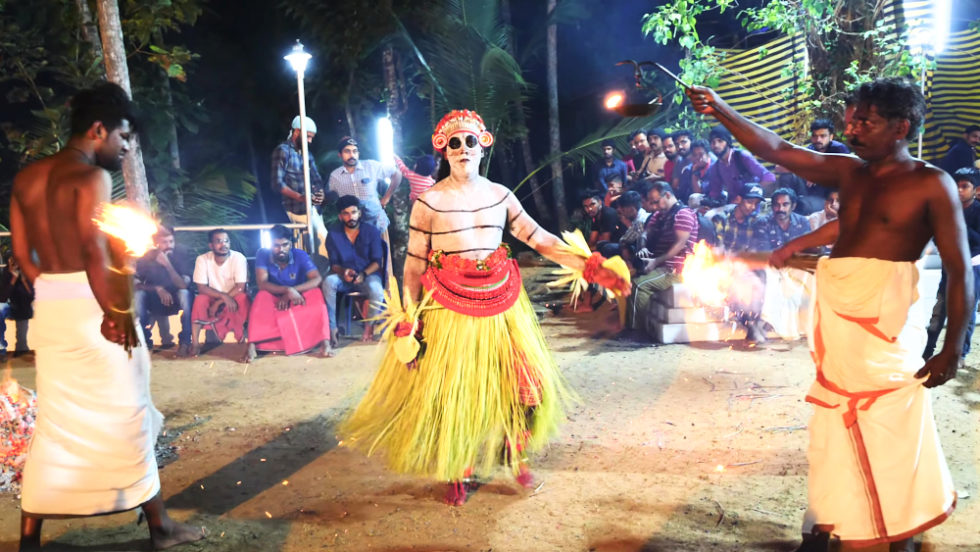 The man being made up as Gulikan got a headpiece with long hair put on him, followed by a mask. There were a lot of people there to get him ready for the performance.

Then, the ritual began, accompanied by lots of drumming. The Gulikan danced around while other performers waved burning reeds and built a bonfire. It was fascinating to watch! The musicians moved around with him! Meanwhile, the bonfire was reduced to embers. 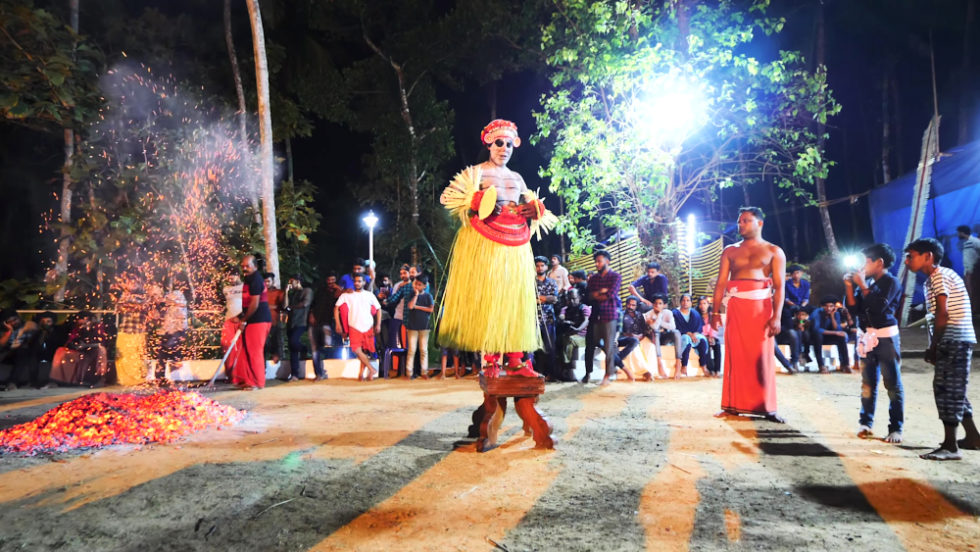 At one point, he began reciting or chanting, sat in a chair, and they removed the headdress. Then, they added a much larger, much more elaborate headdress and a large, red mask. He also had two long poles and at one point, used them as stilts to walk around. 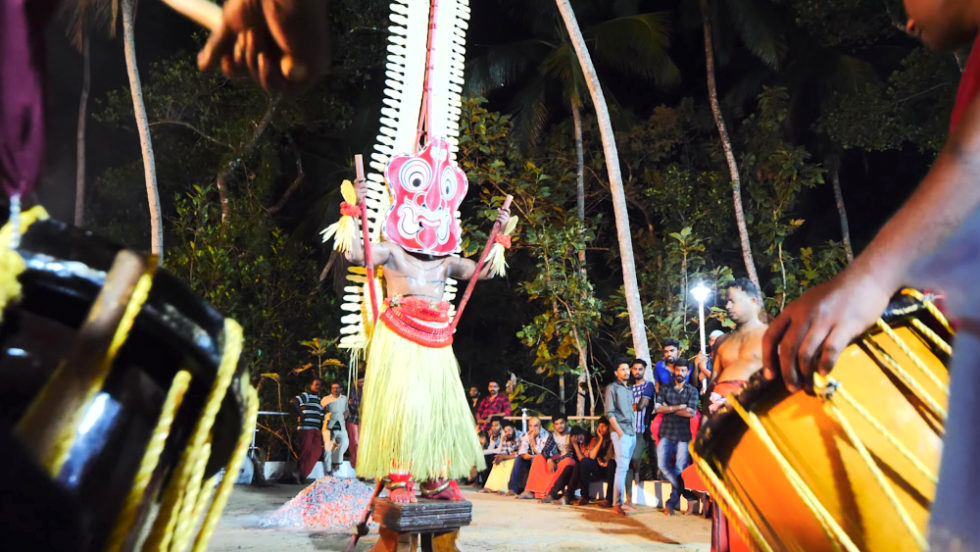 Meanwhile, they got the man playing the Vayanatt kulavan ready. He wore a bright, elaborate costume with lots of reds and oranges, bright orange face makeup, and intricate yellow, orange, and green designs on his chest and stomach. They put a headdress on him. Soon, he would come out for the second act and start kicking around the glowing embers and walk across it. It was about 5:45 in the morning, so we still had an hour before sunrise. 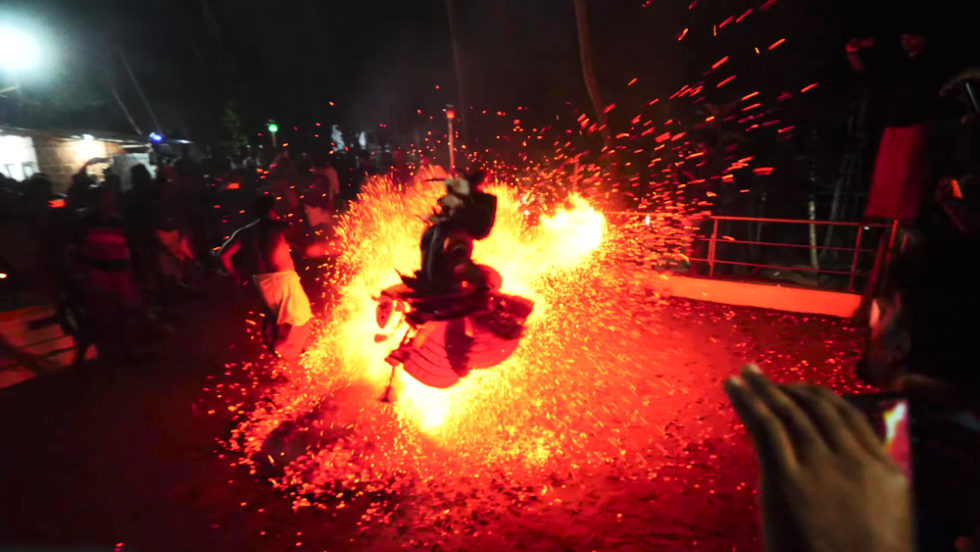 A performer came out with a burning set of sticks and then they began kicking the embers around. Then, the Vayanatt kulavan jumped and danced through it. It was a crazy spectacle with the embers flying through the air! He also looked really scary! 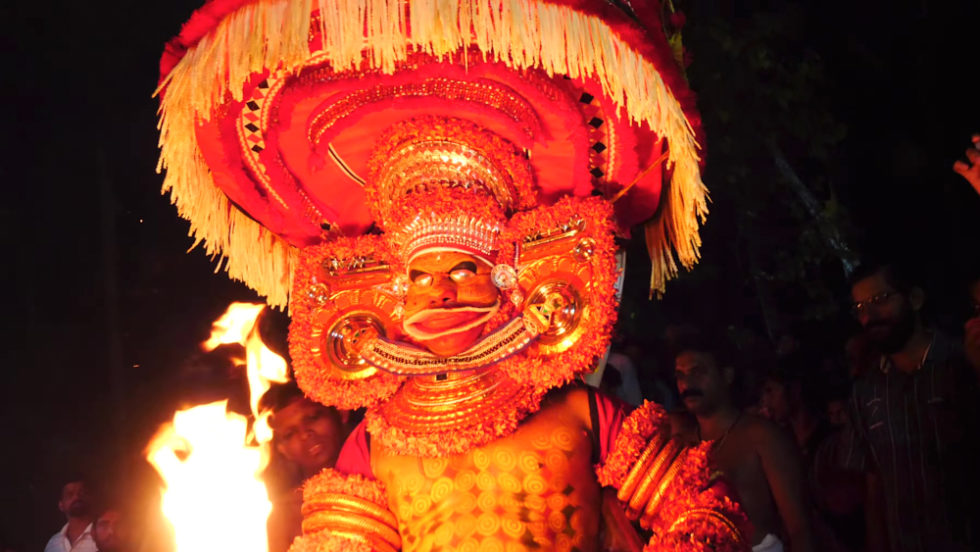 He and some of the other performers slowly moved and waved around the burning sticks in time with the music as he chanted. Then, as the sun rose, it seemed like he blessed several people by touching them on the head. The Vayanatt kulavan then got on top of a small stool and quickly waved around the fire.

What an awesome experience! The embers burned my feet and hit my hand at one point, but it was an epic experience. It was so cool and impactful. I’d never seen anything like it! There are even bigger Theyyam rituals than this one elsewhere. 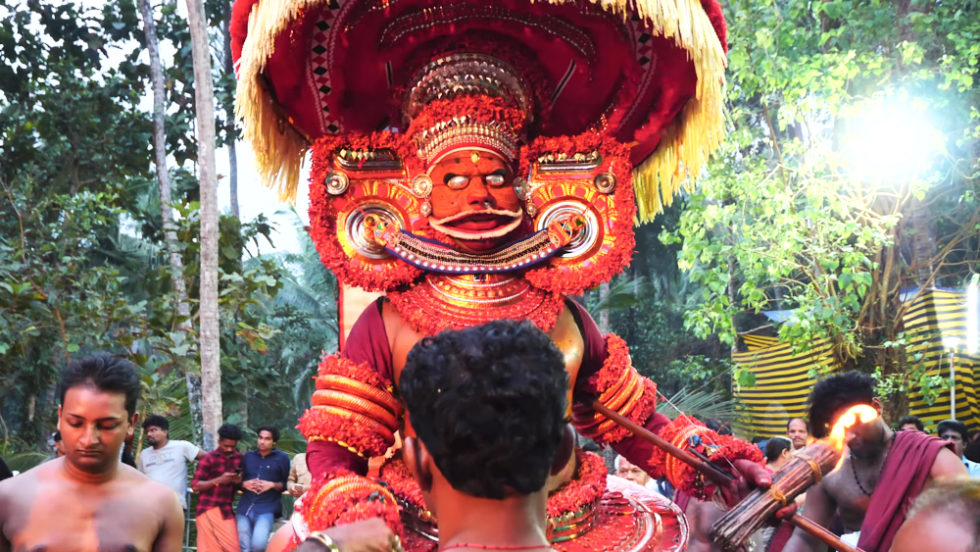 I hope you liked coming with me to experience the rare Indian ritual in Kerala known as Theyyam! If you did, please give this video a thumbs up and leave a comment below. Also, please subscribe to my YouTube channel and click the notification bell so you don’t miss any of my travel/food adventures around the world!