After arriving in Tirana the previous night, I was so stoked to start exploring my 78th country, Albania! Over the next 14 days, I’d go on an epic road trip through the entire country, but for now, it was time to explore the capital city! Come along with me as I have a traditional Albanian breakfast and a rakija flight in Tirana, Albania!

My morning began in Skanderbeg Square! It’s the largest square in Tirana and is dedicated to Skanderbeg, the national hero, who has a statue in his honor there. There, I met up with my guide Ani from Balkan Pearls Tour Operator. She explained that the square represents the unity of Albania and that the marble squares on the ground, the plants, and trees in the square are from cities and areas all over the country. 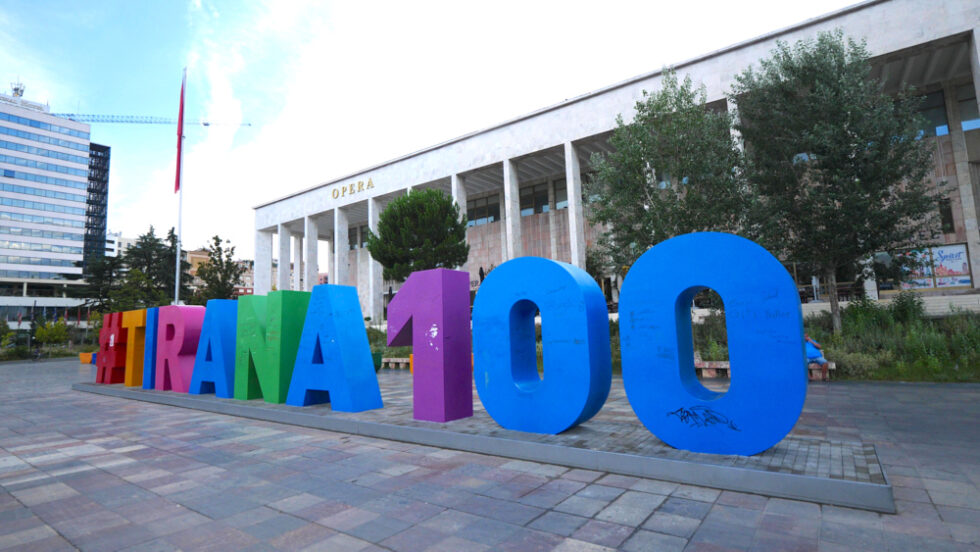 We headed to the 18th-century Tirana Castle for breakfast. We saw some colorful, Italian-style buildings in the city center along the way. It felt very European! Inside are restaurants, souvenir shops, and outdoor seating. There, we went to Ceren Ismet Shehu, a rustic restaurant with a farm-like feel. 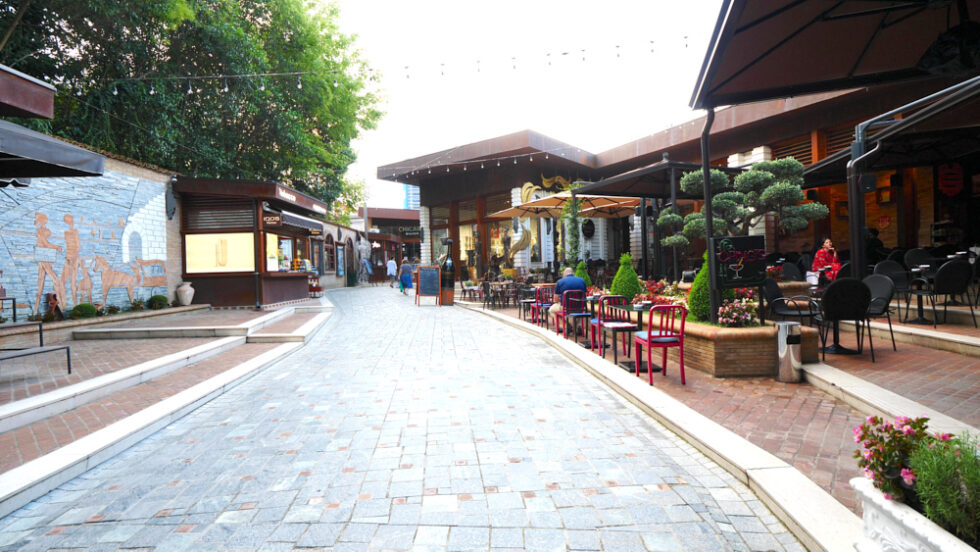 I started my traditional Albanian breakfast in Tirana, Albania with a strong double espresso and some strong rakija, the national drink. In the kitchen, I watched them make trahana, petulla, and more! Back at the table, we had eggs, tomato, goat cheese, cucumbers, fig jam, blueberry jam, and more! 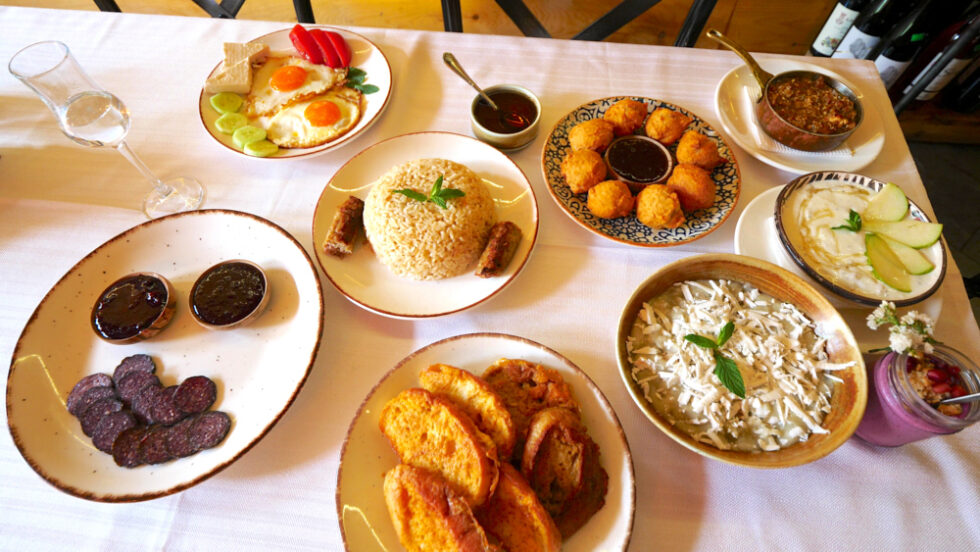 I started with the over-easy eggs with goat cheese. I loved the salty, feta-like cheese! The kofta was soft and smoky. I also really enjoyed the hearty, grits-like trahana.It’s a hearty dish that people eat on farms. It was stellar and so filling. I loved the bread in it!

Check out my VIDEO: Traveling to Albania – Trying Albanian Food for the First Time | Miami to Tirana

Then, I tried the fërgesë (an Albanian pepper and tomato dish with ricotta cheese, meat, and olive oil) with bread. I loved the stew-like consistency and the gooey cheese! 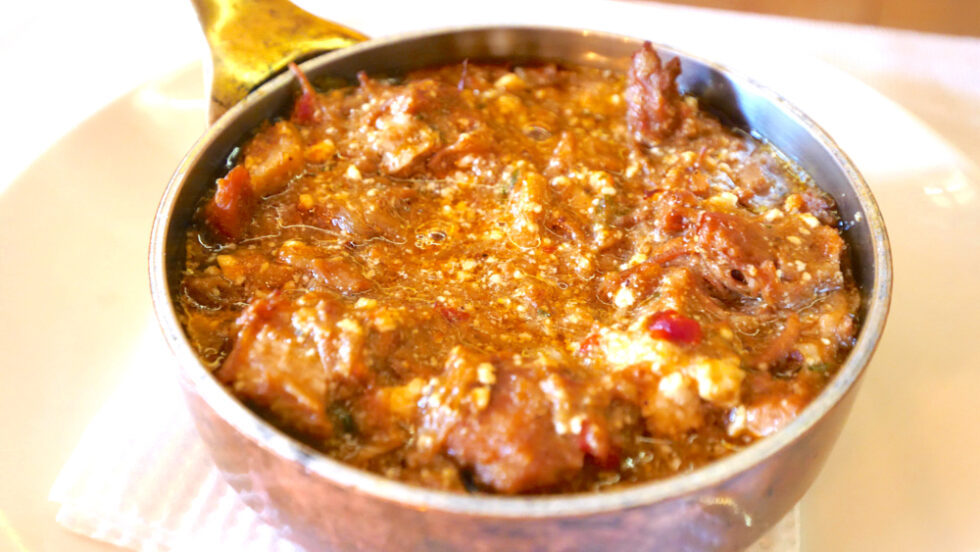 Next was the savory French toast, which was great with the honey. Then, I tried the petulla with fig jam. It’s basically an Albanian pancake and is super fluffy. 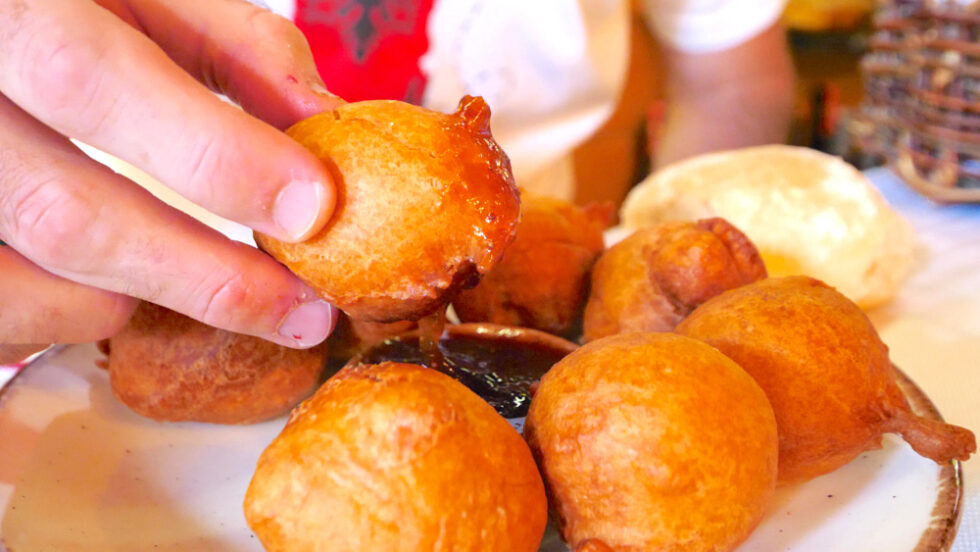 Then, I tried the beef salami, which was smoky and similar to Armenian basturma before I dug into the yogurt with oats and honey. It was like Greek yogurt and had a nice sweetness from the honey and thickness from the oats. Lastly was a fruit yogurt with pomegranate seeds and nuts. What an incredible traditional Albanian breakfast here in Tirana, Albania!

Then, we headed to the New Bazaar, the largest market in Tirana. This open-air market sells fish, vegetables, meat, dried fruits, wine, and more. It dates back to 1931! I tried some Greek and Albanian olives and bought a spoon for my wife for 300 lekes. Further on were antiques and other items. 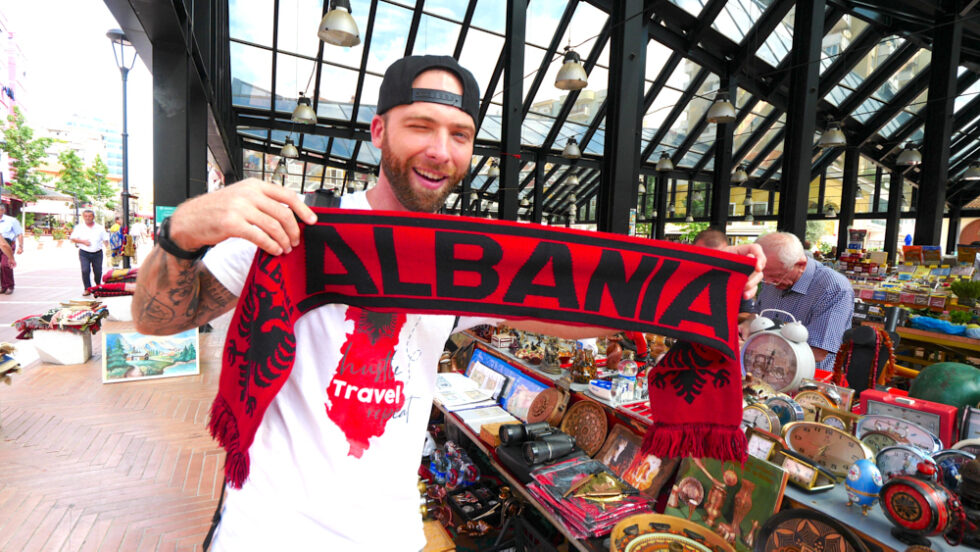 Then, we headed into the fish, meat, and dairy market. I could see lots of fresh organ meat, goat legs, and more. There was also lots of seafood! 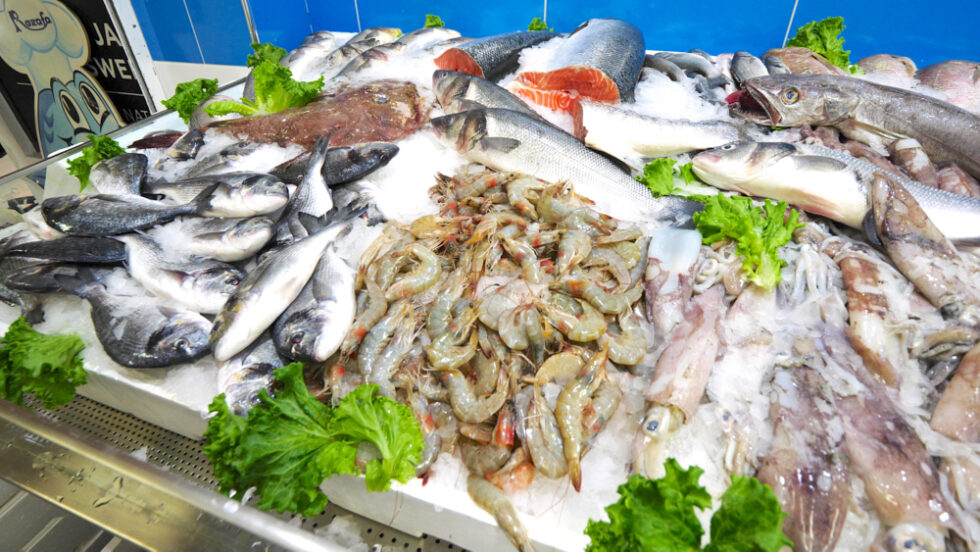 We visited a souvenir shop where I tried on an Albanian World Cup jersey and played a traditional instrument called a çifteli. The jersey cost me $12 USD! Then, we drove through a trendy neighborhood to Mother Teresa Square, the 2nd-biggest square in Tirana. Then, we went to have some rakija at Komiteti Kafe – Muzeum, where you can see glasses from the Communist era, wood items, and more.

Check out the Top 15 Things to See and Do in Tirana, Albania

There is an open-air bar in the back, where I tried a flight of 10 different rakijas! The honey and cinnamon was strong and cinnamon-y! The clear one from a tree tasted like bark and was very strong! The spicy one tasted like black pepper, while the saffron was very floral and light. The kumquat was tangy and citrusy. The anise was good and I loved the blackberry. The passion seven sensations flavor was floral and berry-like! 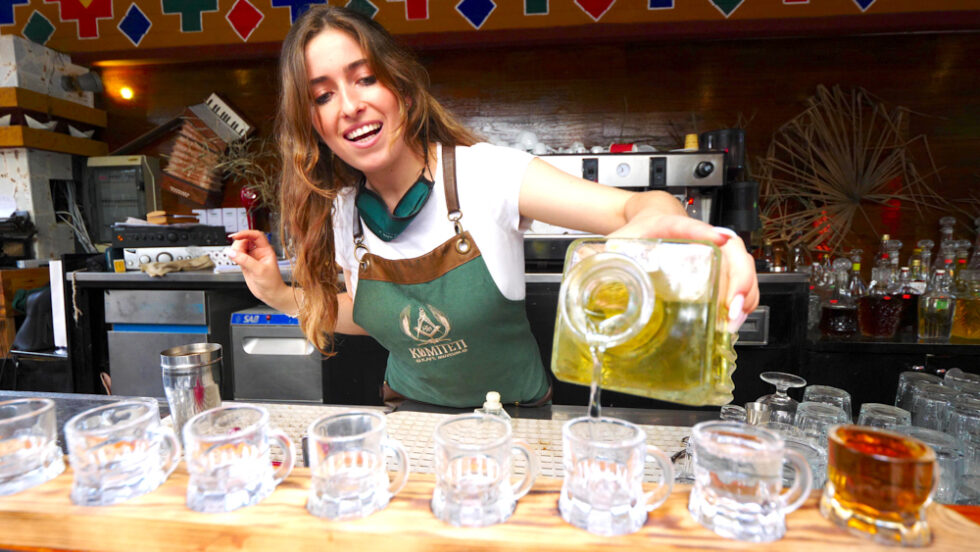 I hope you enjoyed coming along with me on my traditional Albanian breakfast and rakija flight adventure in Tirana, Albania! If you did, please give this video a thumbs up and leave a comment below. Also, please subscribe to my YouTube channel and click the notification bell so you don’t miss any of my travel/food adventures around the world!