As my time in the city of Curitiba in southern Brazil continued, my friends and I headed out to explore some of the local food from eastern Europe! Come along with us as we try raw beef and a monster croqueta in our traditional Brazilian Ukrainian food experience in Curitiba!

My afternoon began with my friends Guilherme and Rafa from Rio4Fun and Rio4Food at Lucca Cafés Especiais, where they offer lots of delicious and unique Brazilian coffee varieties! It was a slow, chilly, and rainy Sunday, perfect for coffee! 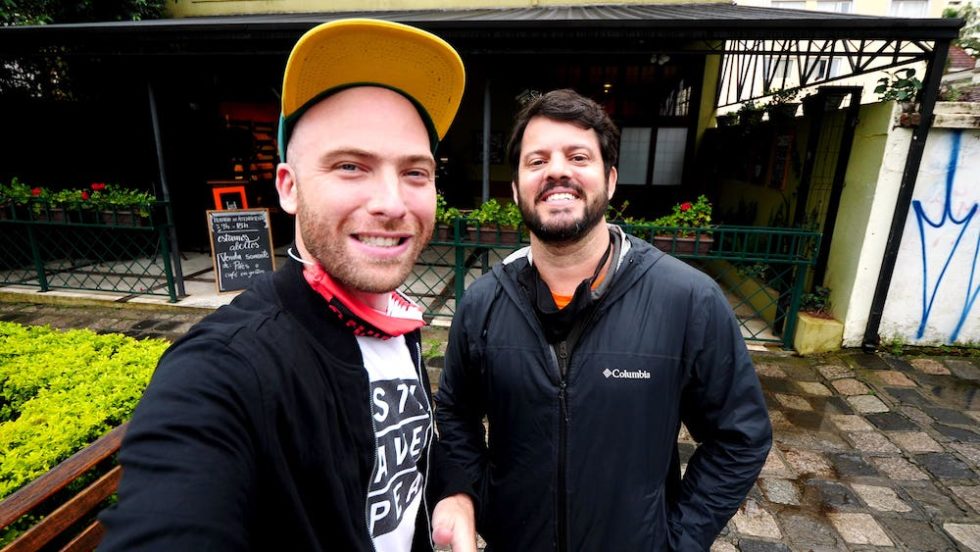 Curitiba was founded by Italians, so there’s a bit of Italian influence in the city. They like special types of coffee, which is why this place is popular! 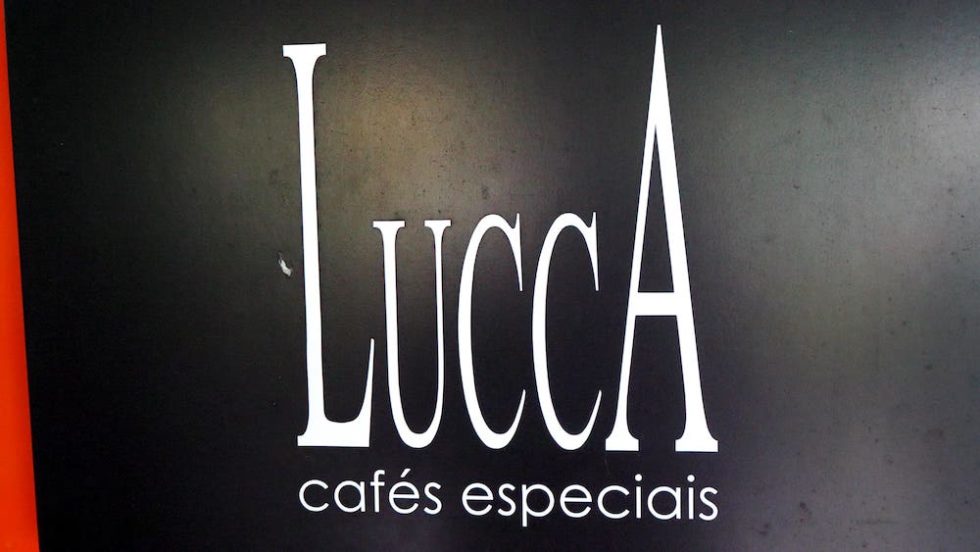 On the inside, Lucca Cafés Especiais is very European-style café. It reminded me of coffeehouses in Italy! Inside, they sell coffees from different states and regions of the country, including Bahia, Sul de Minas, Norte do Parana, Mogiana, Cerrado, and more. 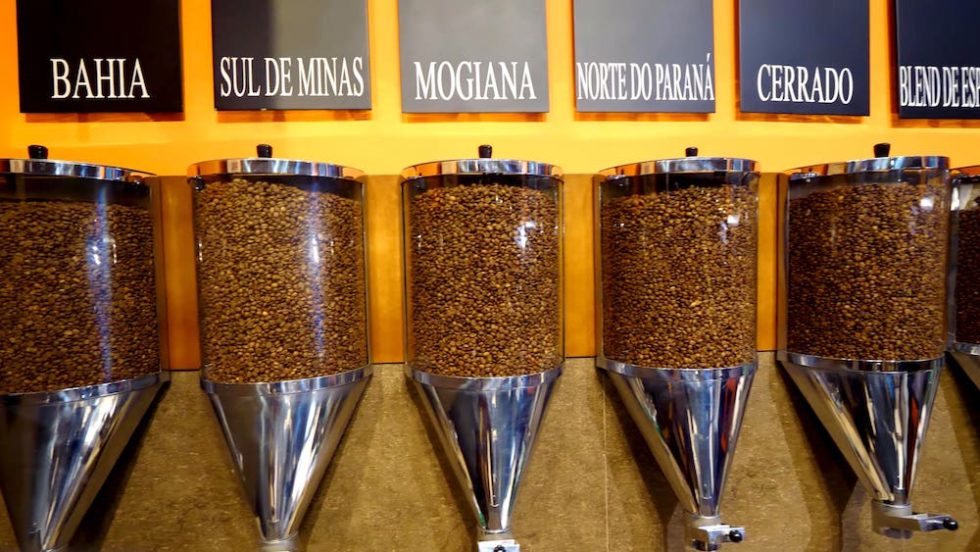 You can buy coffee beans there and can get them ground there or you can take them home hole. I bought some and had them ground. They smelled incredible! It cost me about $11 USD for 250 grams of their Naimeg, which is one of the best! 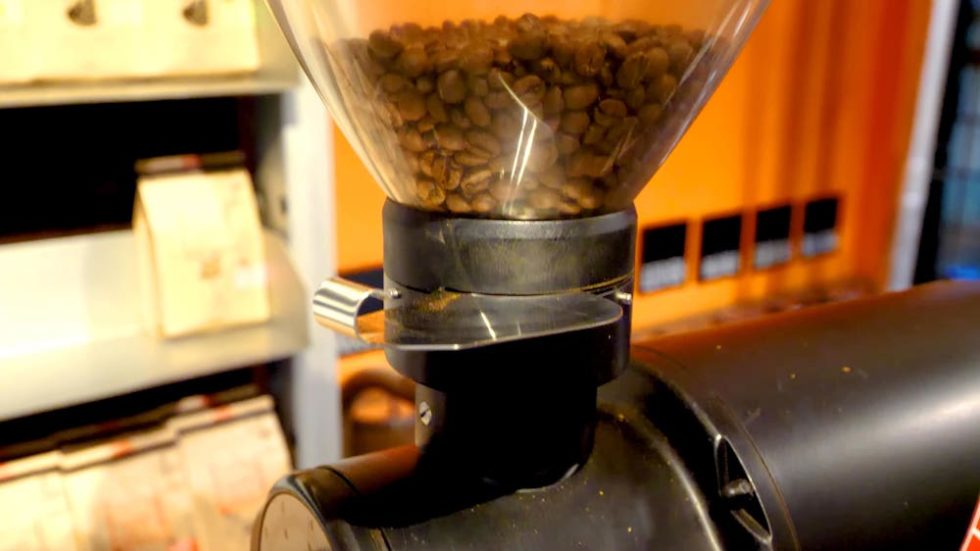 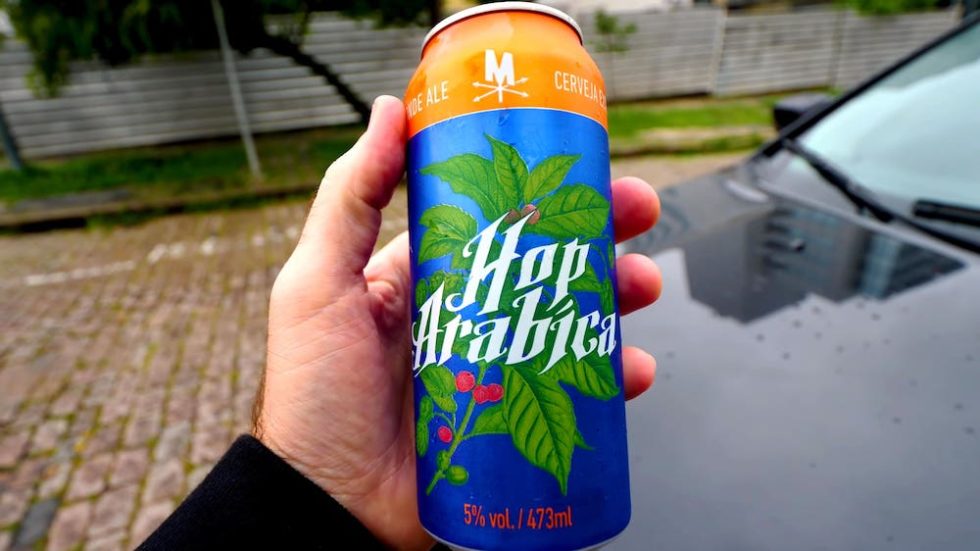 The beer was so weird. It was a crafty blonde ale with a roasty coffee flavor, kind of like a cross between a blonde ale and a porter, and contained 5% alcohol. The beer culture here is very prominent because of the German influences.

We hopped back in the car to drive through downtown, which was pretty dead. It was deserted because of the cold, rainy weather. I could see lots of different styles of buildings and plenty of commercial and residential spaces. It felt like an American downtown area. 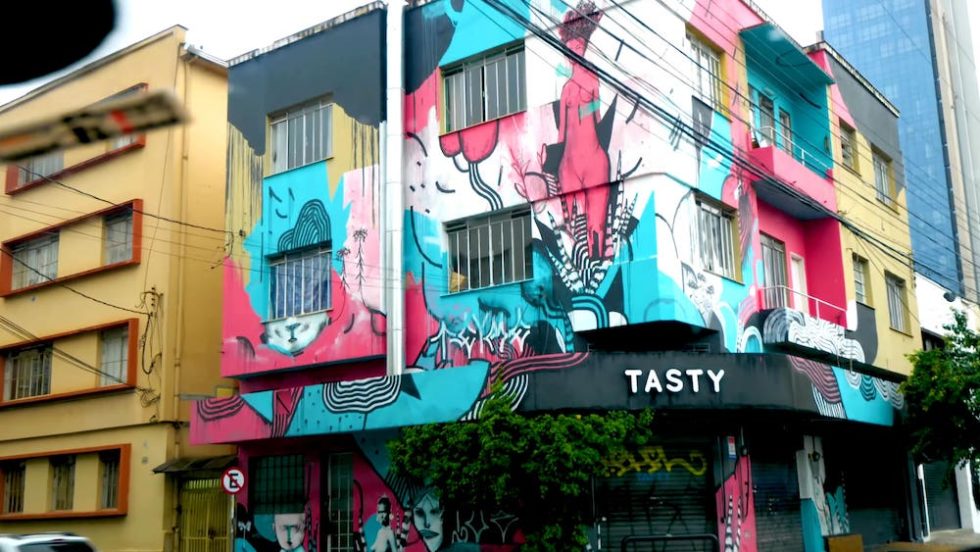 Our traditional Brazilian Ukrainian food adventure continued at Bar Barbaran, a Ukrainian bar. It’s the #1 bar/restaurant in the city. There’s a big community of Ukrainian descendants in Brazil. They sell a type of mincemeat called Jaguar, but it’s not actually jaguar meat—they call it that because it gives you bad breath like a jaguar! 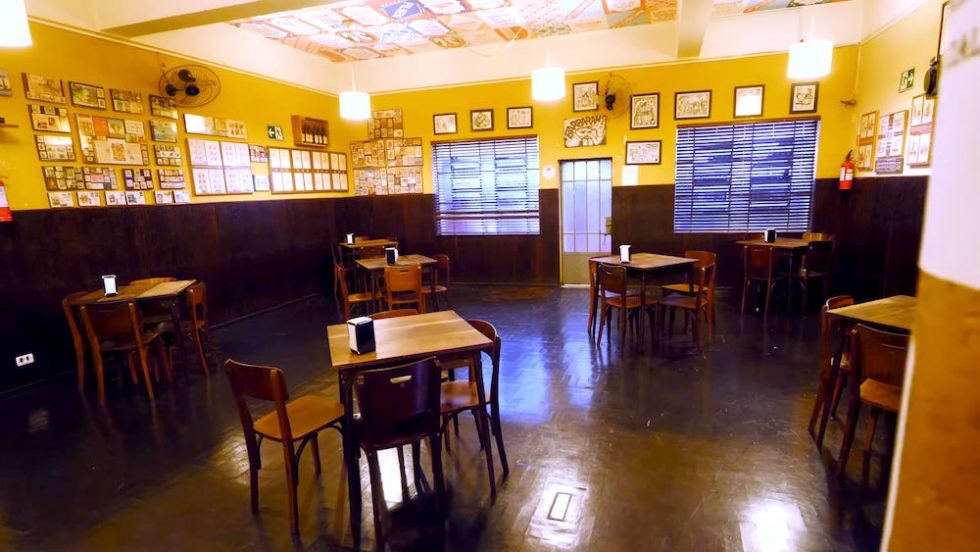 They have high ceilings and Antarctica beer signs and maps and images of Ukraine on the walls. They also sell lots of craft beer. 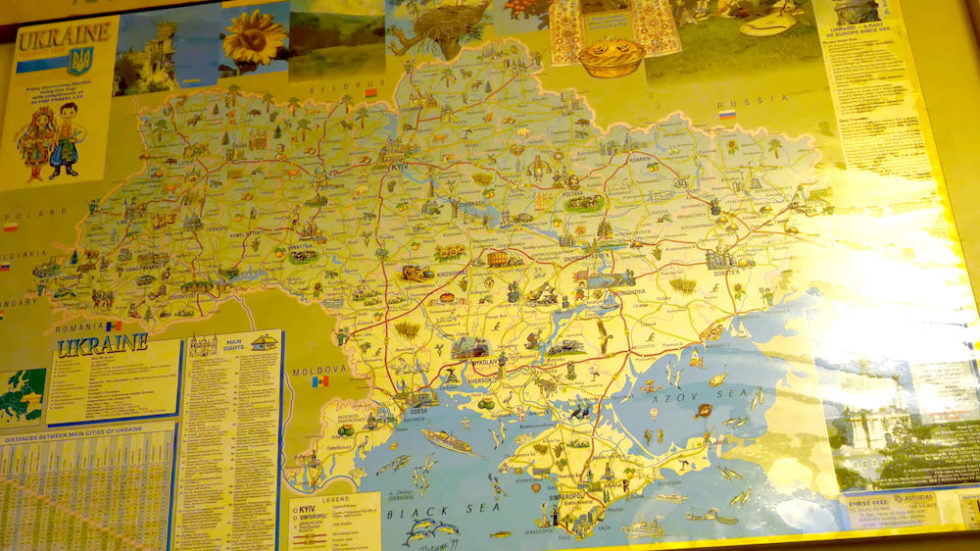 I couldn’t wait to have some Ukrainian food. I’m half Hungarian, and Hungary shares a border with Ukraine, so some of the foods between the two are similar. 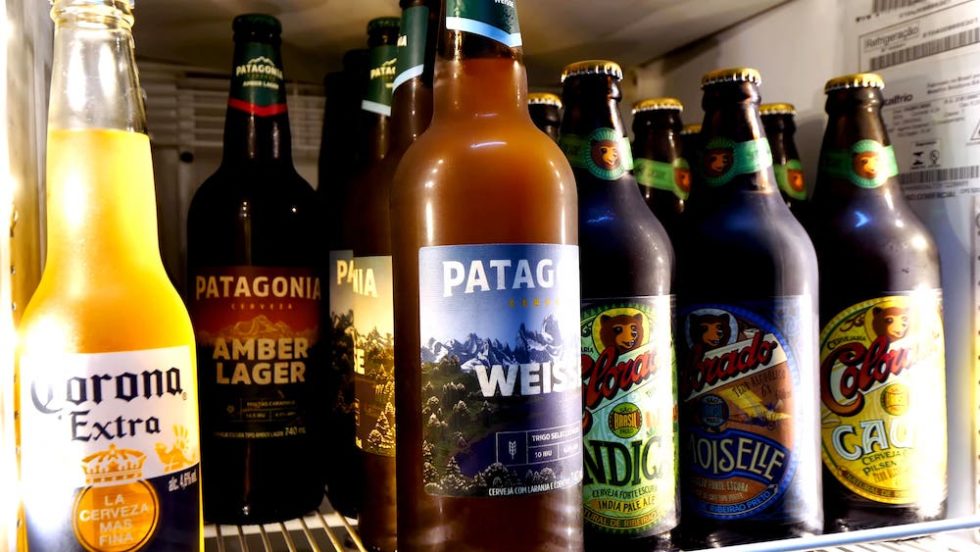 I tried the Ukrainian variant of raki or grapa. It contained peppers and was a little spicy but also sweet because it contained honey! It was basically spicy vodka with honey. You feel it in the back of your throat! 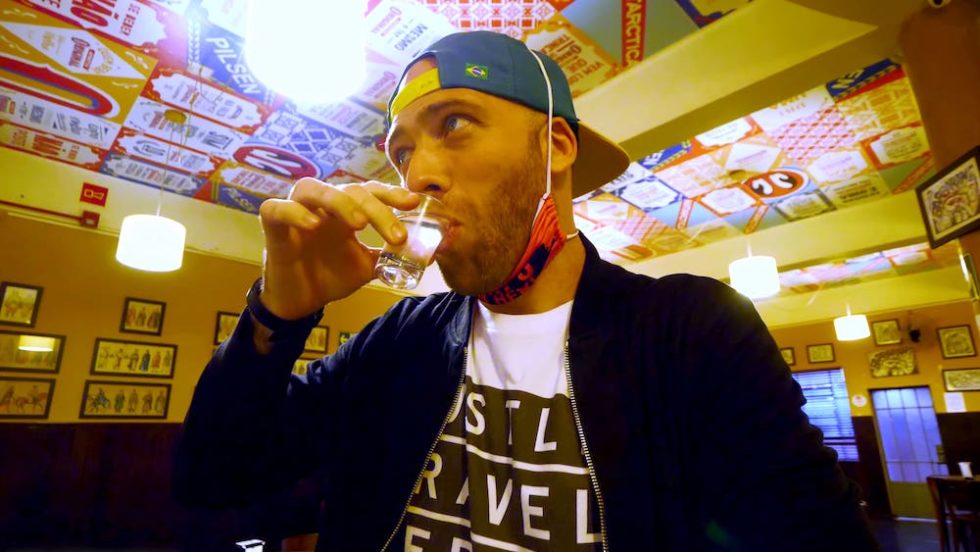 In the kitchen, the owner, Igor, prepared us some “jaguar” and some bolinhos, which are like massive ground beef croquetas. The Jaguar is basically beef tartare and is served with white onions, spring onions, black mustard, ginger, pure wasabi, and olive oil. You eat it all together on a small piece of bread, like a tapa. 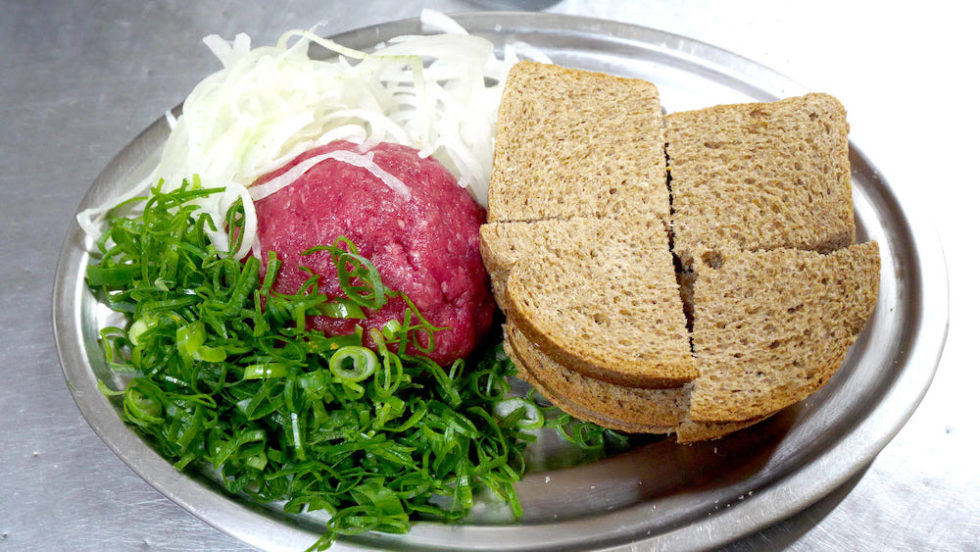 The color of the meat was beautiful! I’ve loved beef tartare ever since I had it in Morocco. It was like beef sushi and was both spicy, crunchy, and super fresh.

The “jaguar” was unbelievable! This dish is a must when you come to Curitiba! I even loved eating it straight, and with some onions and mustard. It had my mouth watering! What an amazing traditional Brazilian Ukrainian food adventure! 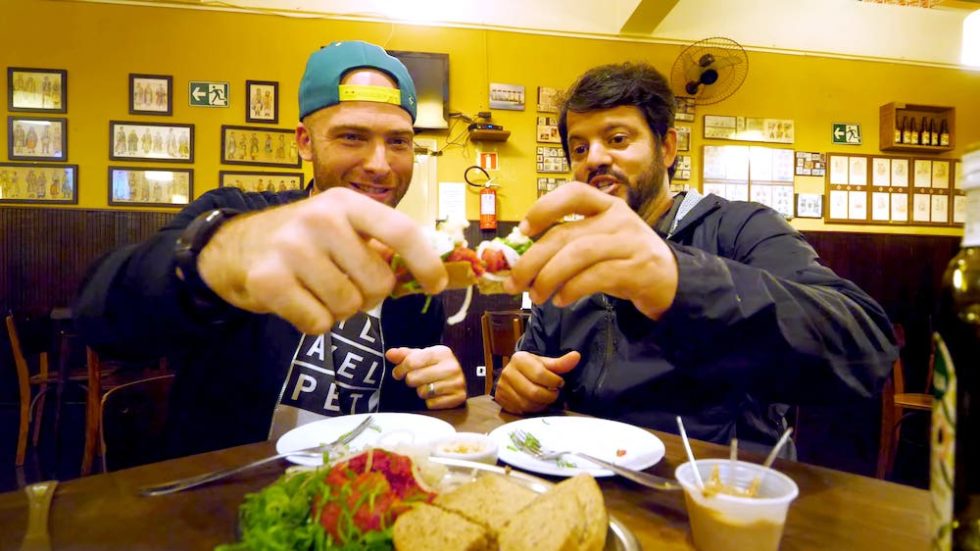 Then, we went into the kitchen to watch them make the bolinho sandwich, or pão de bolinho. They add mayo, pickles, wasabi, and Brazilian sausage to some bread. Then, they add the black beef bolinho and melt cheese on top. 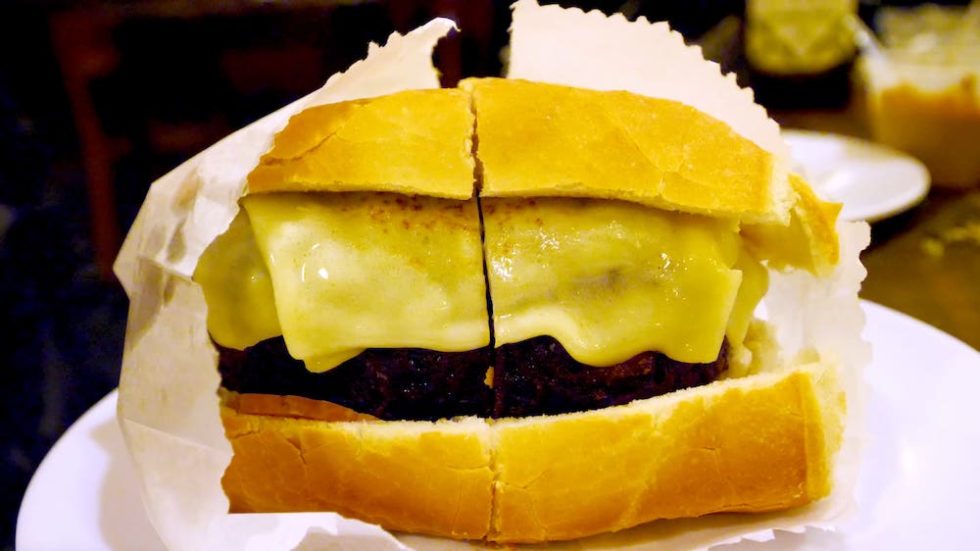 It was insanely good, and so big! The best thing I could compare it to was a Cuban sandwich with a beef croqueta inside! It was phenomenal! Then, I ended with Colorado Brewery’s coffee-type porter. It was crisp and full of coffee flavor, almost like an espresso porter. I loved it! 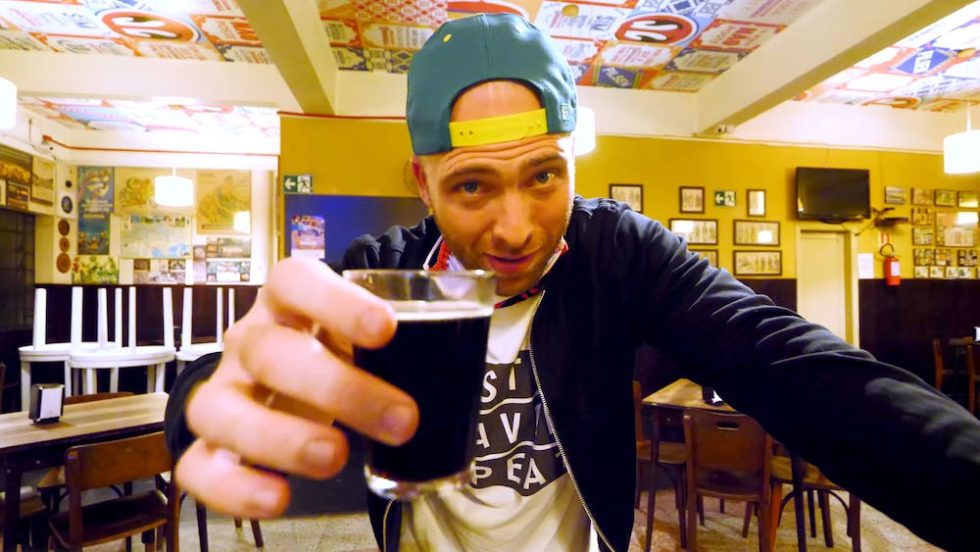 Then, we also had some cabbage-and-potato dumplings, which have their origins because of the Silk Road passing through Ukraine. It came with some delicious cream. So delicious, like a steamed gyoza! 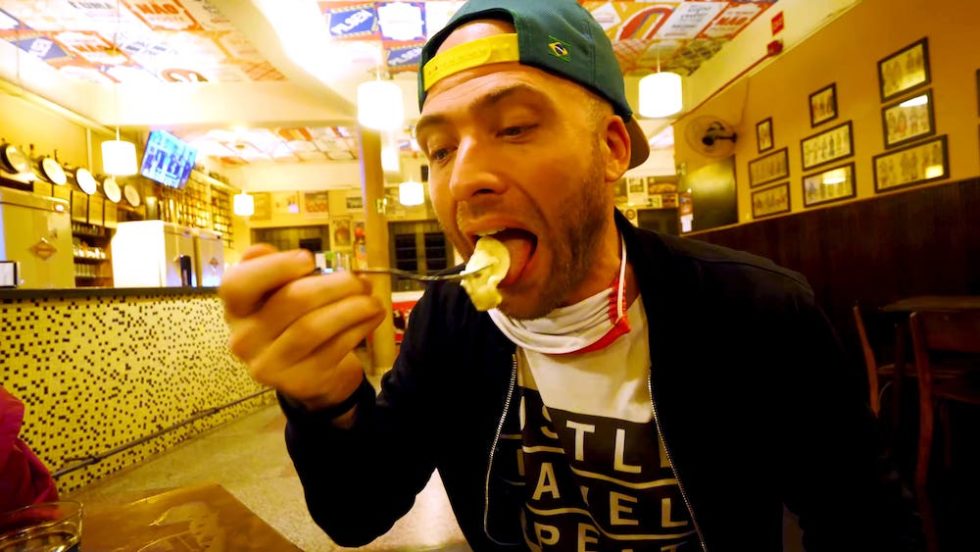 Then, we headed to our hotel, the Intercity Curitiba Batel. My room, 812, was colorful, spacious, clean, and modern. I loved the bluish-green backsplash behind the bed. It also had a flatscreen TV; a work space with acai, strawberries, and bananas; and a modern bathroom. What an amazing night! Huge thanks to my friends Rio4Fun and Rio4Food for bringing me on this traditional Brazilian Ukrainian food adventure in Curitiba, Brazil! 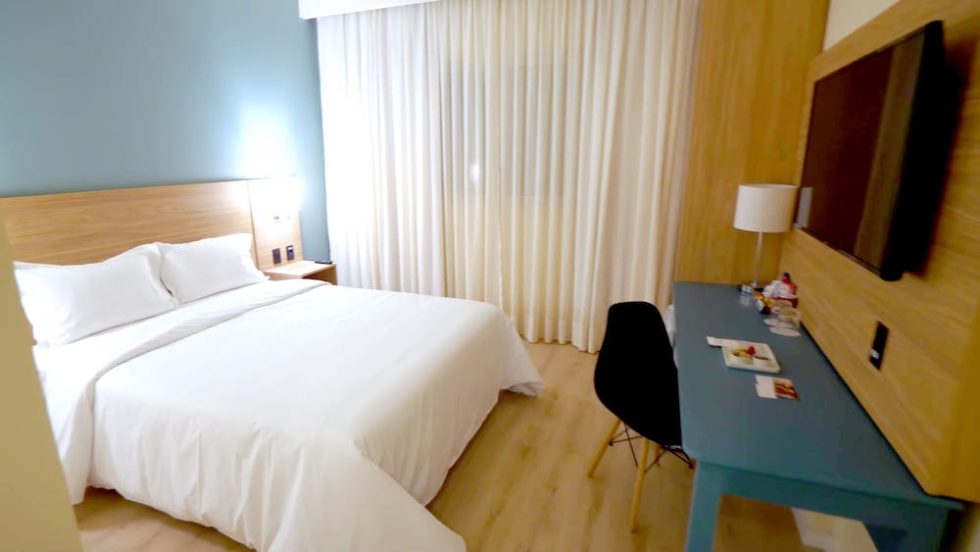 I hope you liked coming with me to have traditional Brazilian Ukrainian food in Curitiba! If you did, please give this video a thumbs up and leave a comment below. Also, please subscribe to my YouTube channel and click the notification bell so you don’t miss any of my travel/food adventures around the world!