My day started in the Moema neighborhood, where I would dive into the two different breakfast styles you can find in the city. You can get one from a street food vendor and another in a sit-down bakery or restaurant. 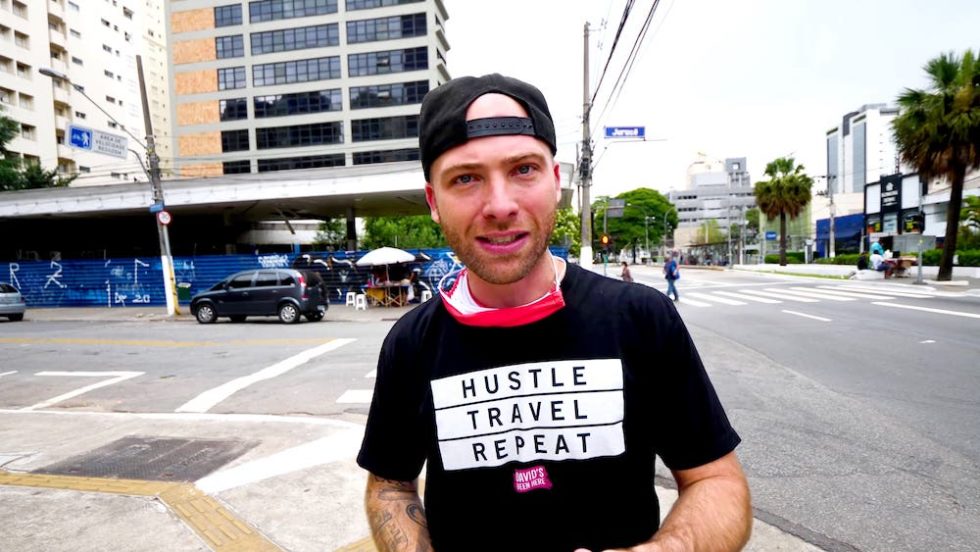 My friends Guilherme and Rafa from Rio4Fun and Rio4Food, Aurèlio from Be My Guest SP and I hit the streets to see where locals get a quick breakfast before they head off to work. The vendor we met had cheese bread, cakes, milk, coffee, and more. The cheese bread is called pão de queijo, and it’s super popular. It’s not very cheesy and is kind of dry. I also tried some super sweet Brazilian coffee. It’s the sweetest coffee I’ve ever had. It’s strong and has sugar granules floating on the bottom! 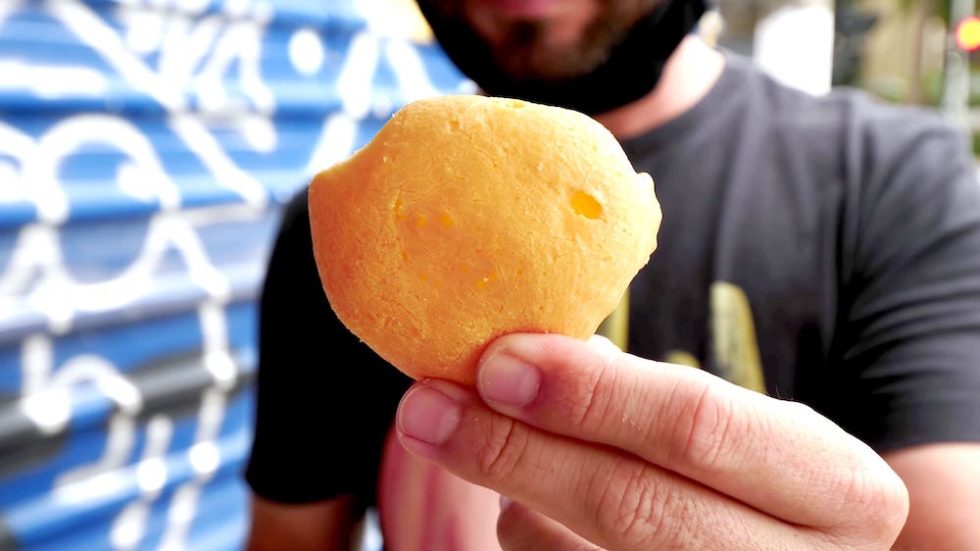 I also tried some orange cake, which was very fluffy and airy. I loved the crust on the outside and the prominent orange flavor! The best way to eat it is to dip it into the sweet coffee! It was the sweetest combination ever! Everything cost us less than $2 USD! 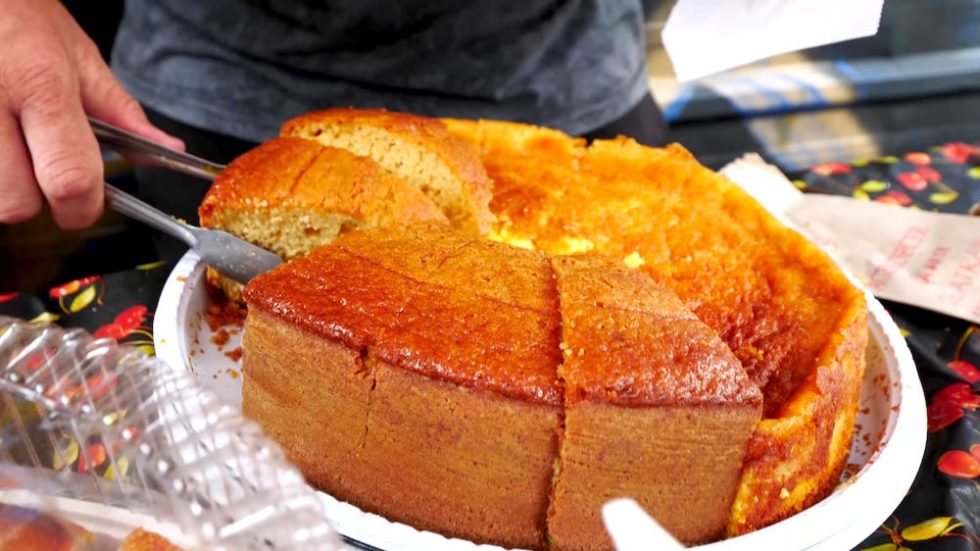 Then, we drove through Jardim Europa, which is basically the Beverly Hills of São Paulo, where there are tons of huge mansions. We also passed through the financial district and Vila Madalena, where the best nightlife is! There were tons of buildings with murals and graffiti on them.

Check out my VIDEO: Diverse Surinamese Food Tour Around the Capital | Paramaribo, Suriname

In the Vila Madalena, there’s bakery called Villa Grano. They sell tons of cakes, pastries, bread, cold cuts, cookies, and more. We tried a different pão de queijo, which was filled with cream cheese and way better than the one I had earlier! They also make cold cut sandwiches, fresh juices, and more. 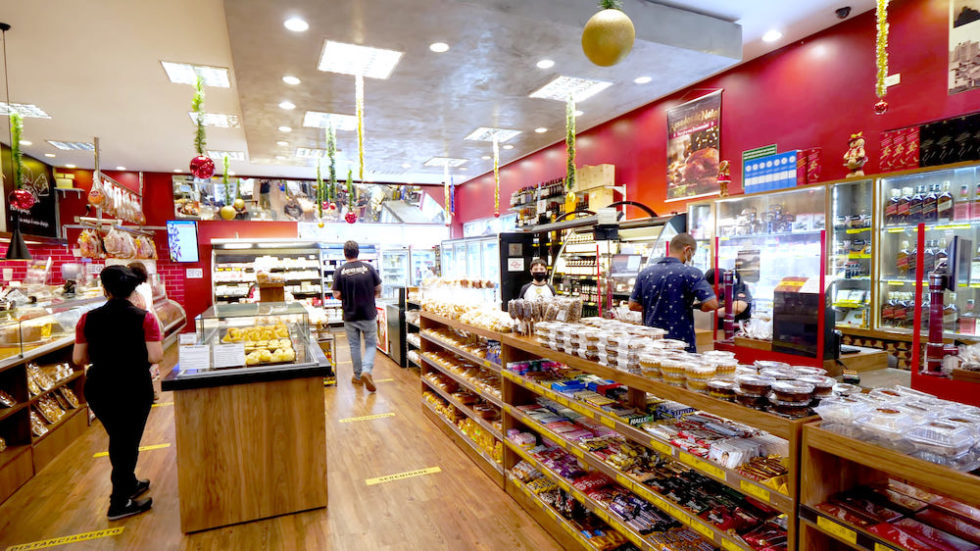 We ordered some Brazilian espresso, baked pão de queijo with catupiry on top, pão na chapa, sonhos, and more. This place is Guilherme’s favorite bakery in the city. The pão na chapa was crispy, airy, and a butter overload. It reminded me of a Cuban tostada. I loved how thick and creamy the pão de queijo with catupiry was! I’m not a huge bread person, but it was so good! 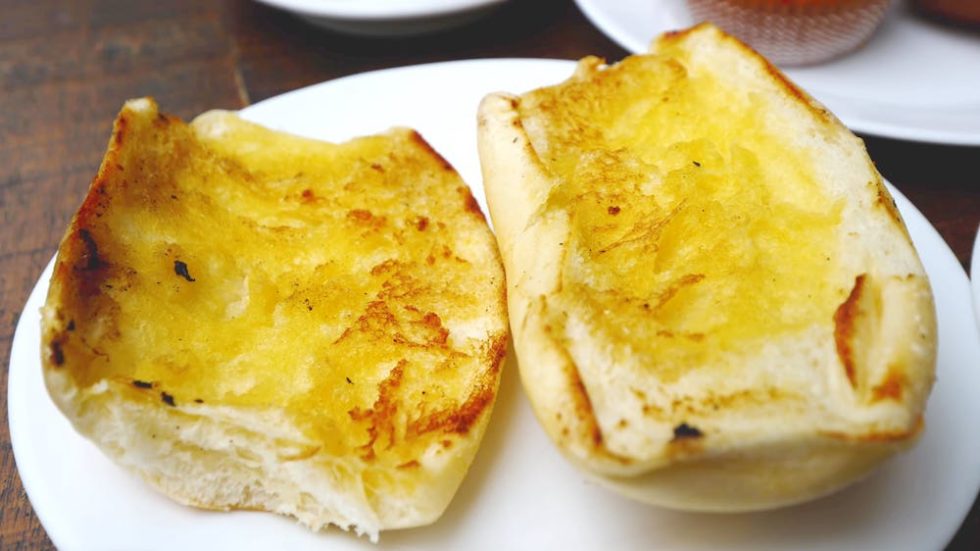 Next was a sonho, which is a round pastry with cream inside. I followed that with a pastel de Belem, which is a Portuguese egg tart. It was sweet and full of layers and cream! Everything cost us exactly $11. 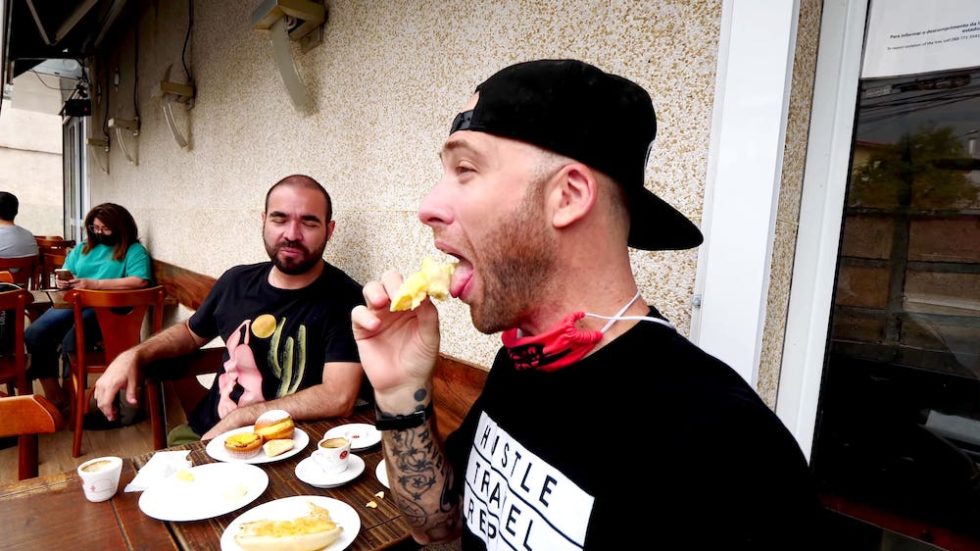 From there, we continued our ultimate Brazilian breakfast food tour at Coffee Lab. This is a coffee shop with an outdoor terrace with nice tables. They sell lots of different flavors of coffee from different states and producers. They also sell mugs! 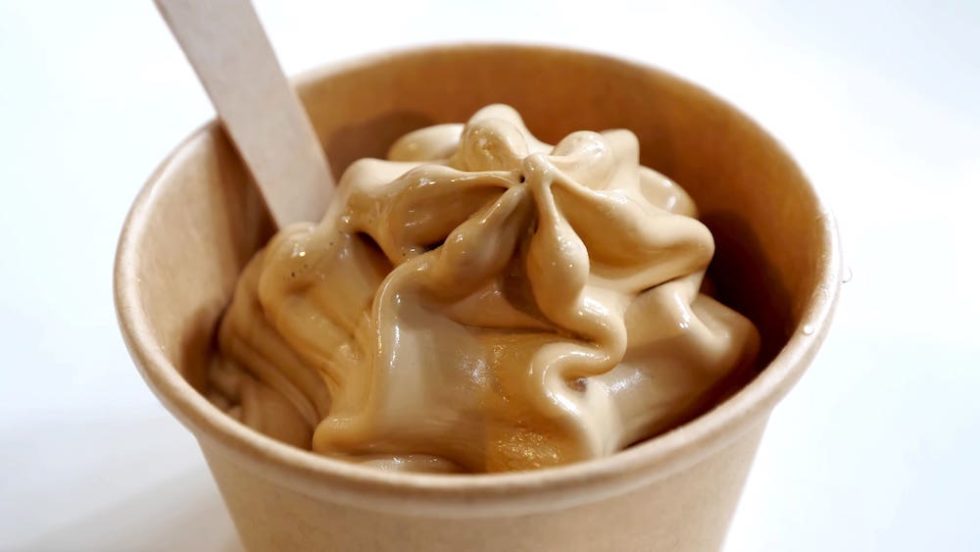 I tried two mugs of their coffee. The one in the larger mug was sour and bitter, and the smaller one was very different. The next I tried was like a Cuban cortadito. It was so good. I loved how unique it all was. Then, I tried some coffee ice cream, which was super creamy and was like a silky chocolate mousse.

Then, we drove to Beco do Batman (Batman Alley), which is an alley lined with murals. It’s an open-air graffiti museum. An artist named Nego Vila was murdered there recently, so the murals there were blacked out in protest for justice for his murder. There, you’ll find the Batman symbol and Batgirl, as well as lots of other colorful art. Next to the alley is another street with more murals. I loved how colorful and different everything was. Everything was painted by different artists! 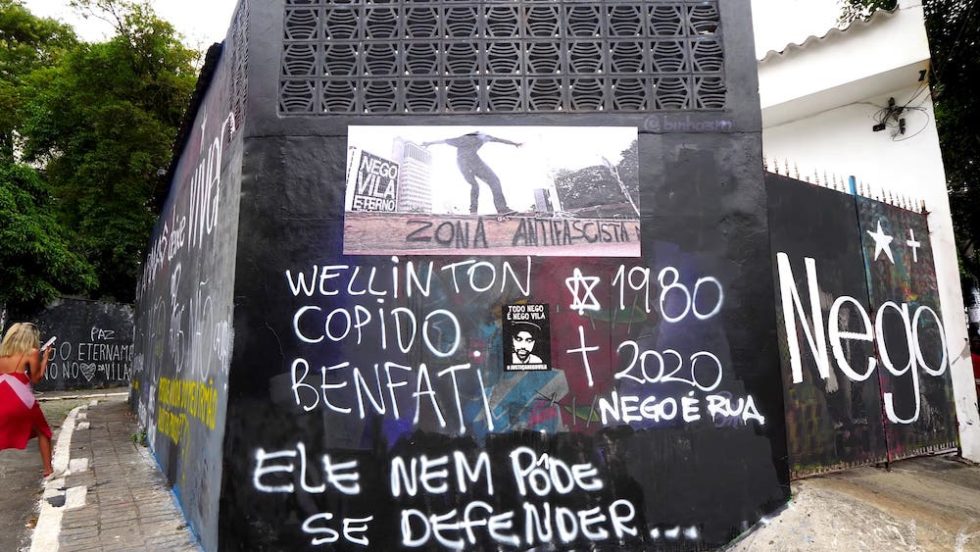 What an awesome morning in São Paulo, Brazil! Huge thanks to my friends Guilherme, Rafa, and Aurèlio for making this such an incredible adventure! I highly recommend reaching out to them if you want to explore Brazil safely and correctly. They’ll show you an amazing time! 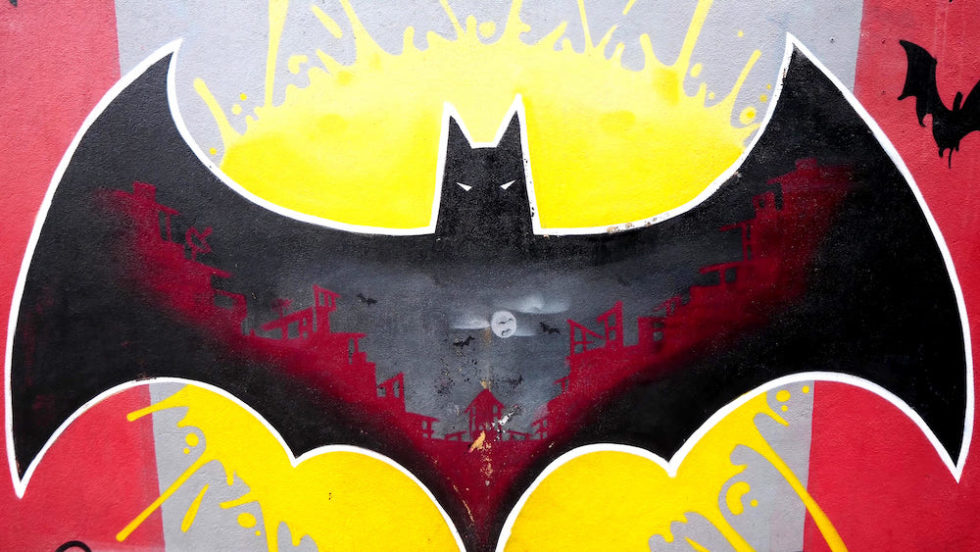 I hope you liked coming with us on our ultimate Brazilian breakfast food tour! If you did, please give this video a thumbs up and leave a comment below. Also, please subscribe to my YouTube channel and click the notification bell so you don’t miss any of my travel/food adventures around the world!