As you guys probably know by now, one of my favorite things to do is to take you guys with me as I explore the food along the Space Coast in my home state of Florida! Come with me as I take you up to Cocoa Village for an unforgettable food tour of octopus, tacos, and Florida BBQ!

For this fun food adventure in Cocoa Village, I linked up with my good friend Halim from Village Food Tours. We had a jam-packed day planned, from mouthwatering food to a tour of the Indian River! We started in the main Cocoa area in Brevard County near the Space Coast. This area is full of restaurants and diners, and breweries. 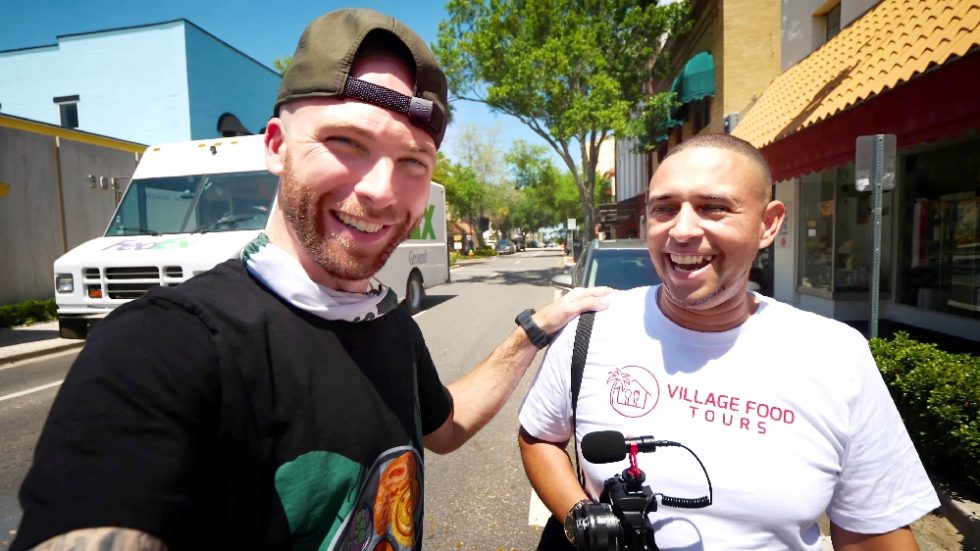 We started at Ossorio Bakery & Café for some coffee. They make pizza, ice cream, smoothies, and more from scratch. Everything is made in-house! I got a nice cold Americano cold brew with ice. This place is family-owned and has been around for 18 years! 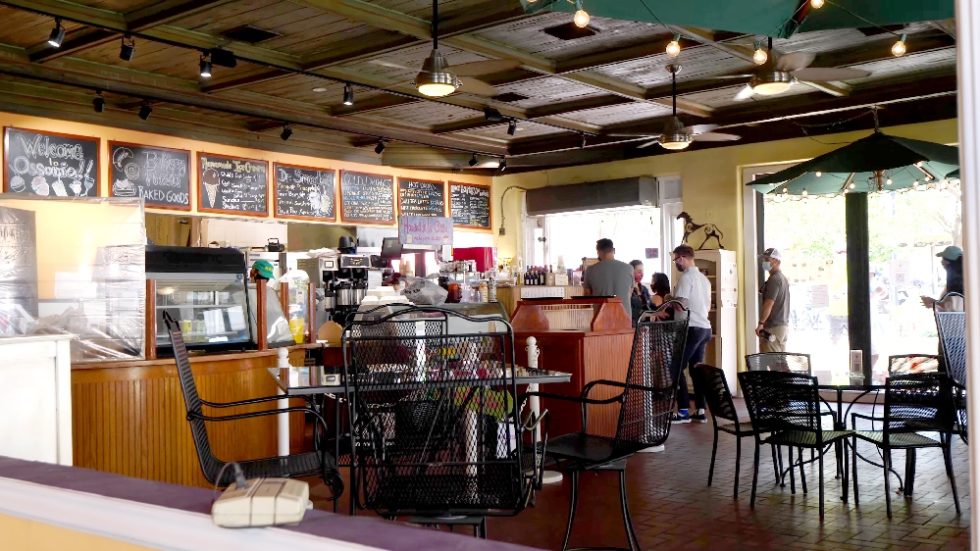 Then, we headed back out. This area reminded me of Coconut Grove in Miami, with the 1940’s signature Florida feel. We passed the Porcher House, which is a beautiful historic mansion that has card shapes in the stone. 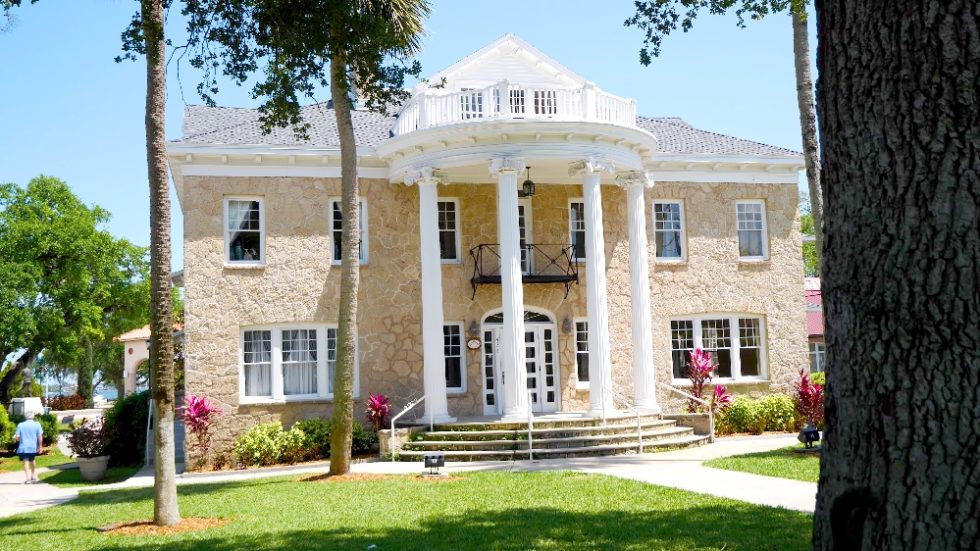 From there, we were close to the Indian River, which connects to the Atlantic. There, we’d take a boat tour with Captain Rob from Space Coast Eco Tours. The Indian River is the largest river in the area and is the most diverse estuary in North America. 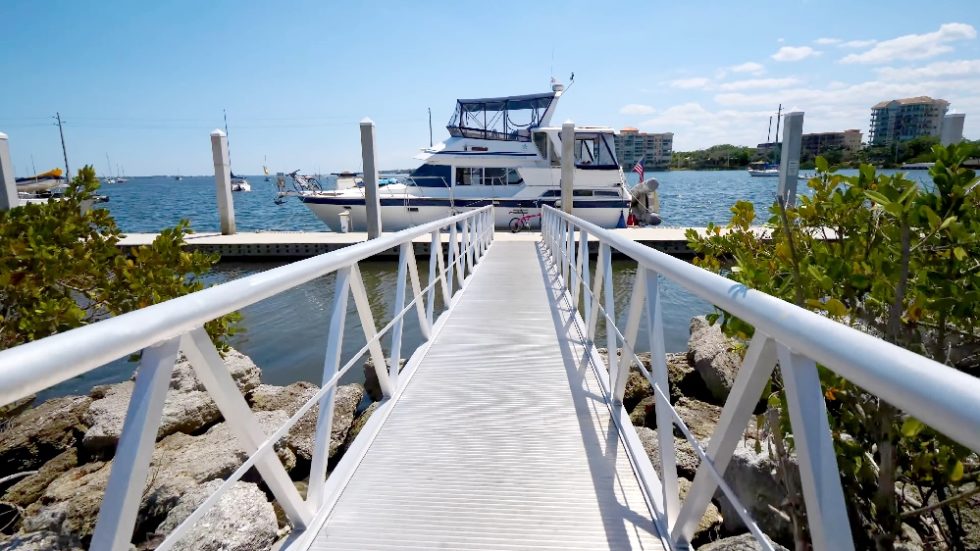 We got off on a small, local island. There was a campfire there and cornhole set up. It was beautiful and relaxing! We walked through the mangroves along the beach before jumping back on the boat.

We headed back out and spotted some baby dolphins in the water. They live in the area year-round. We passed a historical boat called the Indian River Queen. 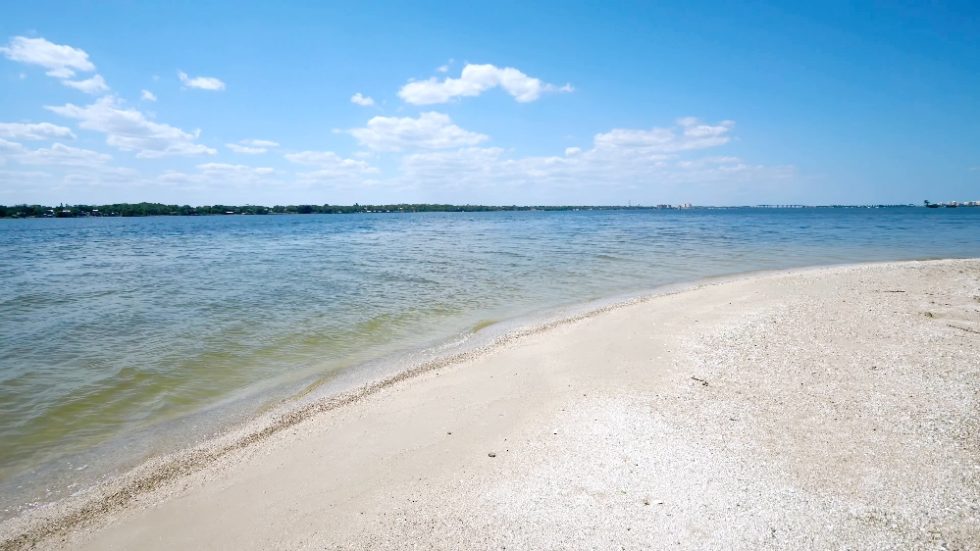 Then, back on the mainland, Halim and I headed to Tapa N Tacos. Along the way, we passed lots of clubs and commercial space. The restaurant dates back to 1929, to right after the Stock Market crash! It had a very Mexican-style décor. 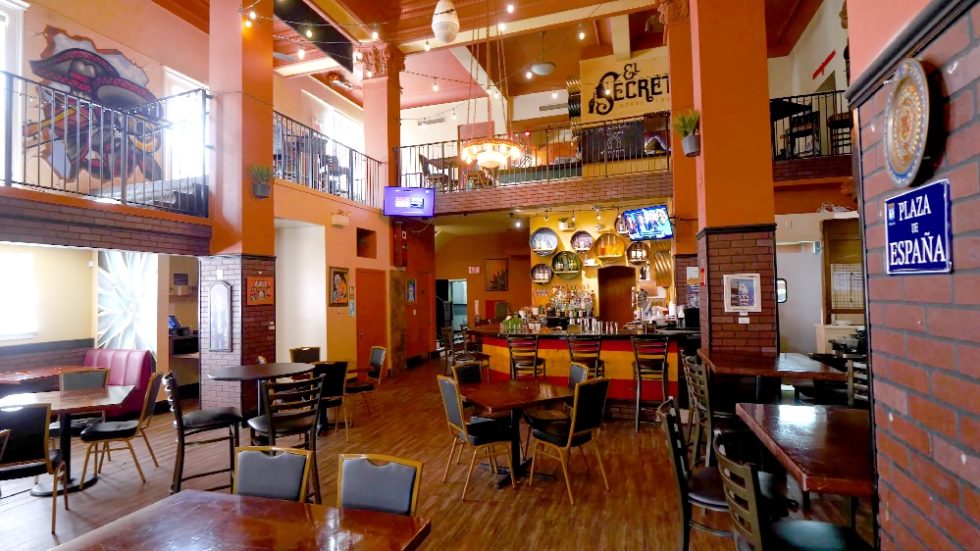 We had some octopus tacos and elote. I loved how tender the grilled octopus was. It had a nice char on it and was super crisp. There was also jalapeno, aioli, and cabbage inside. Then, I got a margarita and Halim got a 1906 Galician beer. 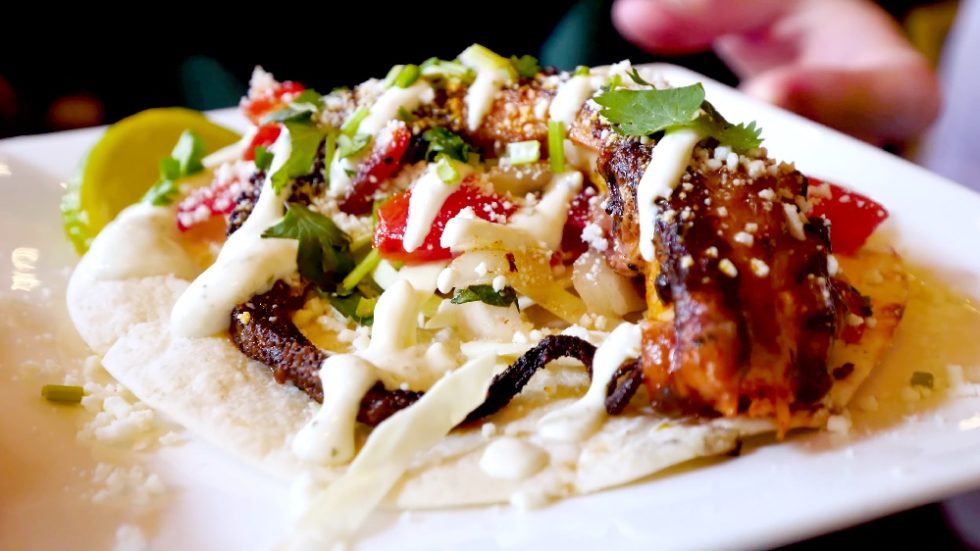 We also had three salsas: green chili, tomato salsa, and TNT. The TNT was super spicy but didn’t linger. I cut the elote off the cob and we dug in. The char on it was outstanding. The cheese and creamy sauce were also fantastic. Adding the TNT added a nice kick of heat! 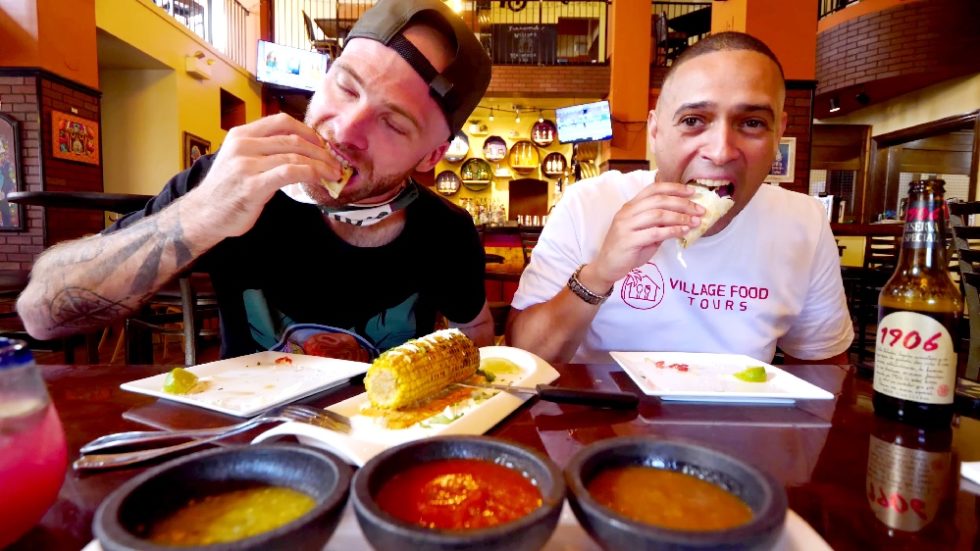 From there, we passed through the area where we started and made it to Cryderman’s Barbecue. They have platters, meats, and more but the star is their Texas-style brisket! They cook it in a 1000-gallon smoker! 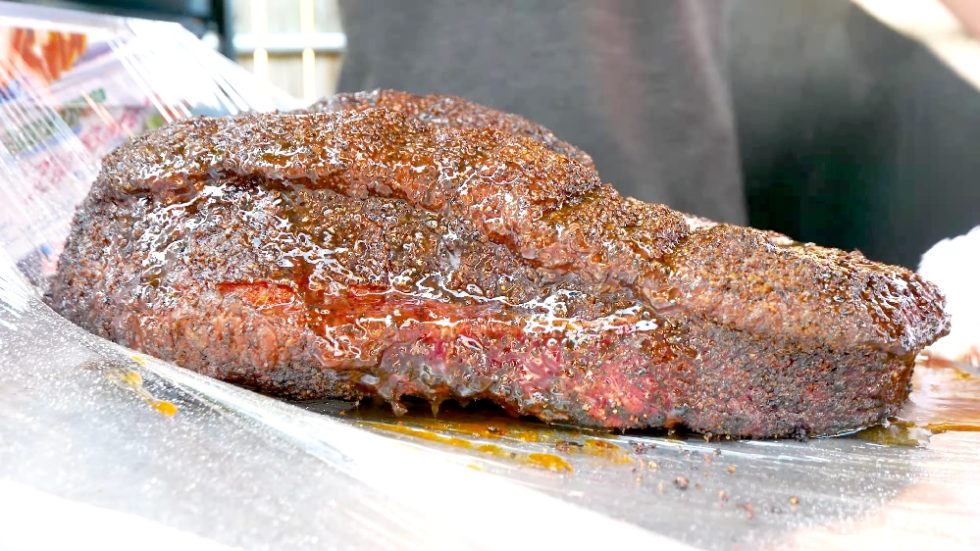 The open-air terrace gave it a real bar-like style. The brisket came with some potato salad. I loved the red-skin potatoes, dill, and mayo in it. The brisket was so tender it fell apart in my mouth! It was so juicy. It only had salt and pepper on it, but it was perfect! 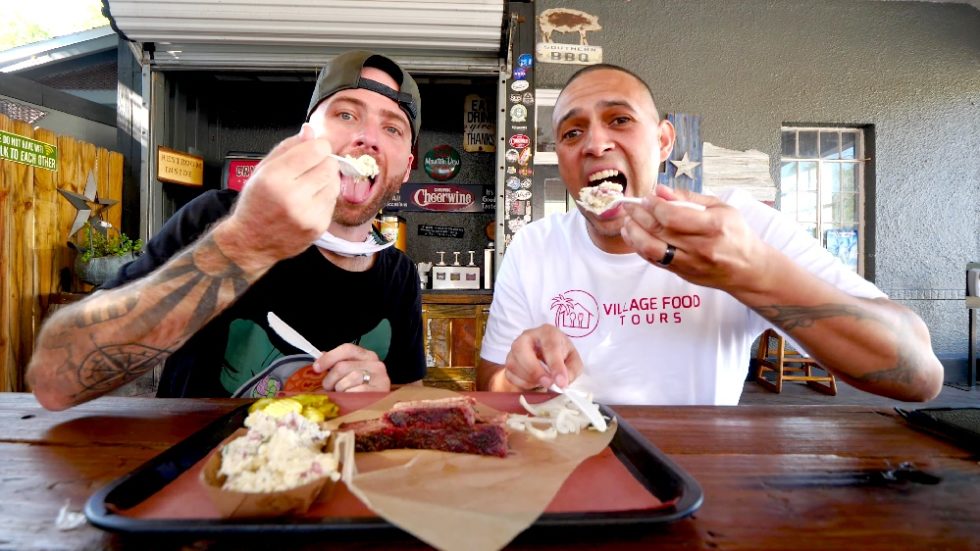 They say it’s the best brisket in central Florida and I believe it. The meat-to-fat ratio was unbelievable!

After getting stuffed, we finished up at Dirty Oar Beer Company, the first brewery in Cocoa Village. I could smell the hops inside! They have 22 beers on tap and 5 core beers. I tried a delicious brown ale, which contained cardamom and was like a unique, Indian-style brown ale. 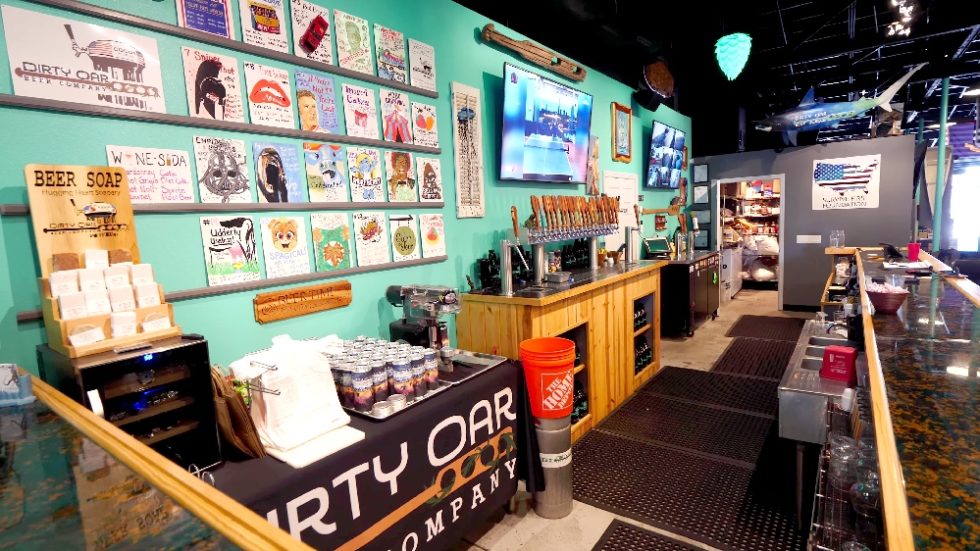 What an amazing day! This historic Cocoa Village food tour in Florida was out of this world. Huge thanks to Halim at Village Food Tours for showing me around this incredible town. 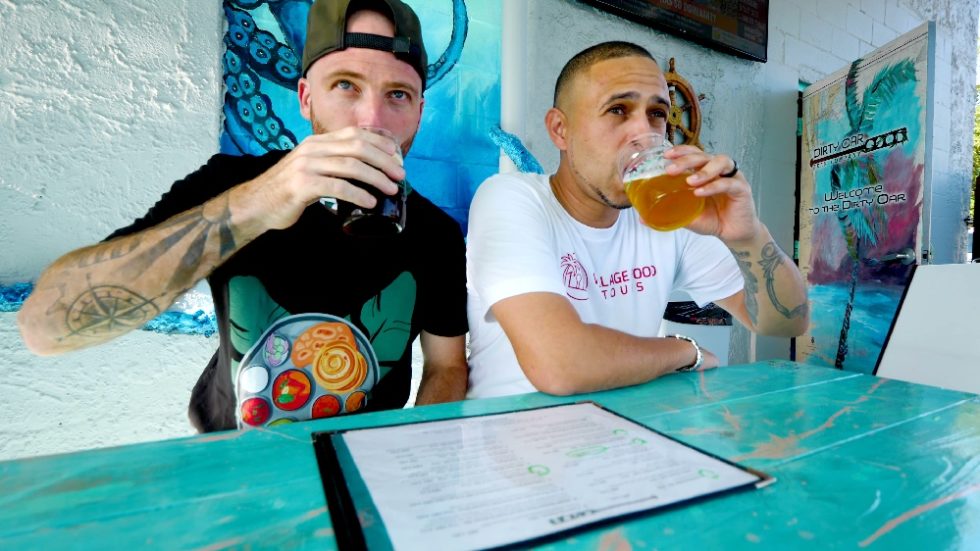 I hope you liked coming with me on my historical Cocoa Village food tour in Florida! If you did, please give this video a thumbs up and leave a comment below. Also, please subscribe to my YouTube channel and click the notification bell so you don’t miss any of my travel/food adventures around the world!