Welcome to another Eating Indian Food for 24 Hours video! I’ve been to India five times so far and each time I go, I fall more in love with the cuisine. Sometimes, when I’m at home in Florida, I crave it so much that I want to eat nothing but Indian food for 24 hours straight. I’ve done it five times so far, and this time around, I teamed up with my boy Halim. We went all-out with a never-ending Indian food tour of Cocoa Beach and Melbourne, Florida. Come along with us as we eat Indian food for 24 hours in Cocoa Beach, Florida!

One of my favorite things to do when I’m home is to share my love of Indian food with my friends and family. So, when my friend Halim from Village Food Tours invited me up to Cocoa Beach, I knew I had to take him on an epic Indian food adventure! 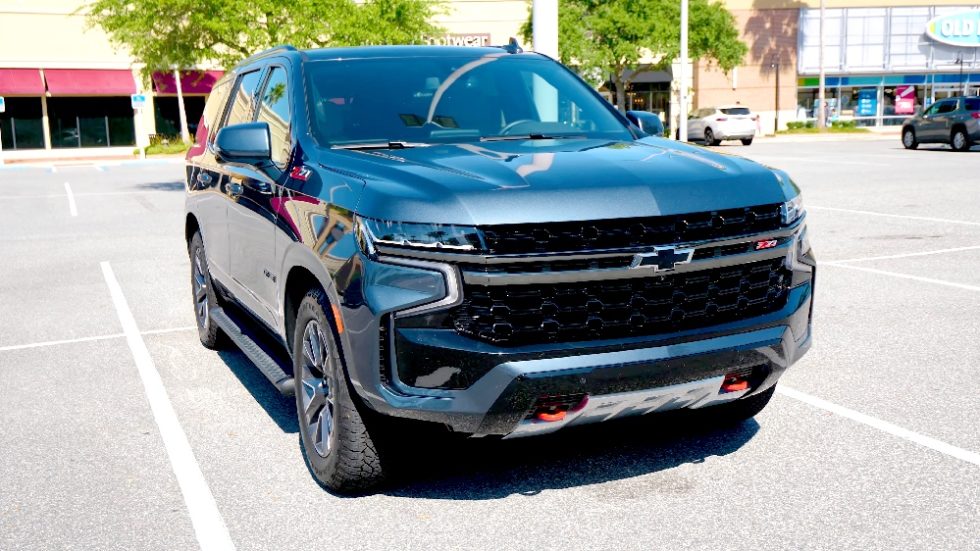 For the road trip, my friends at Chevy loaned me a beautiful 2021 Chevy Tahoe Z71. It has a built-in rear-seat media system and 40% more legroom in the third row. It also boasts built-in WiFi, and you can also wirelessly connect your iPhone or Android to the car and use its apps on the touchscreen! 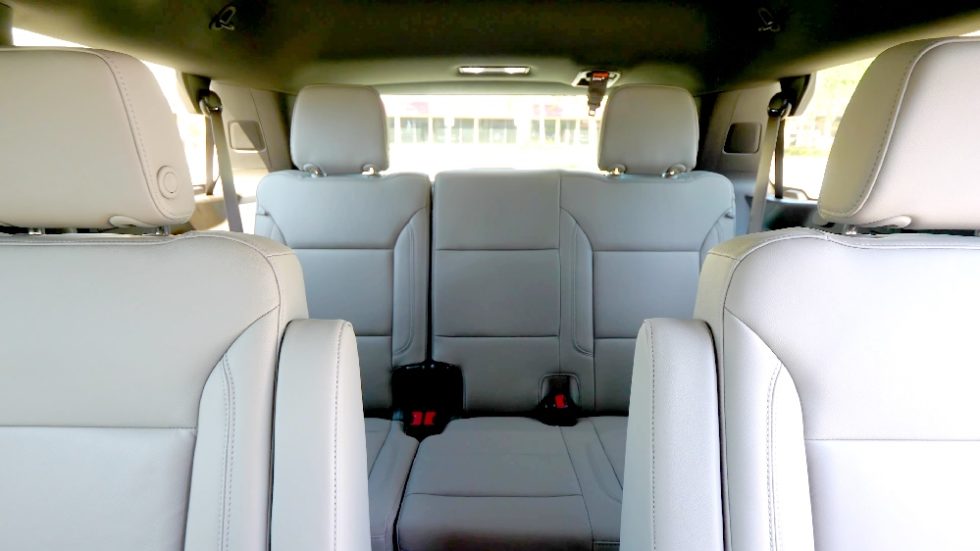 Halim and I started our Indian food adventure at Taj: Modern Indian Cuisine in Melbourne, Florida. The inside is very chic and has a beautiful outdoor terrace surrounded by an outdoor mall area with restaurants and gardens.

In the kitchen, they made us some butter chicken enchiladas, naan, paneer tikka, and more! They’re all about creating new takes on Indian favorites! 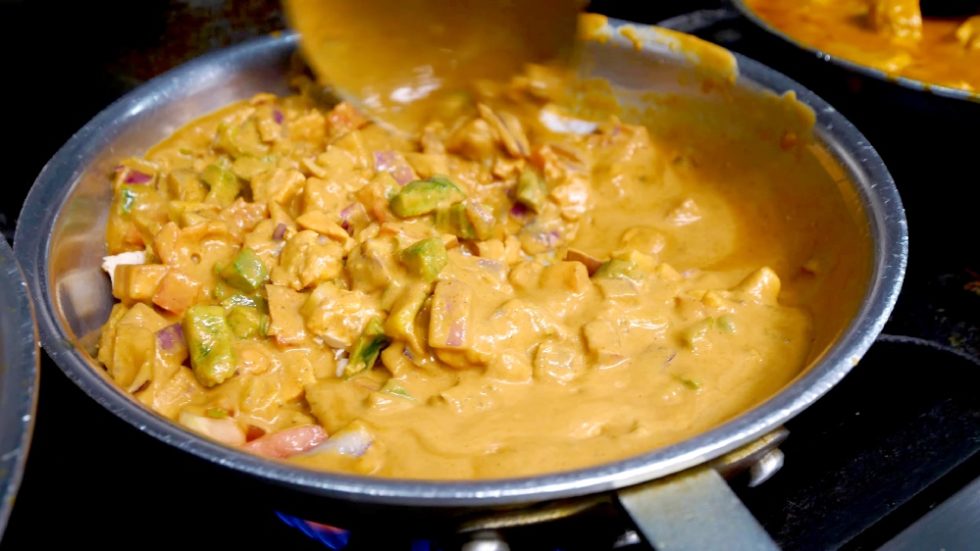 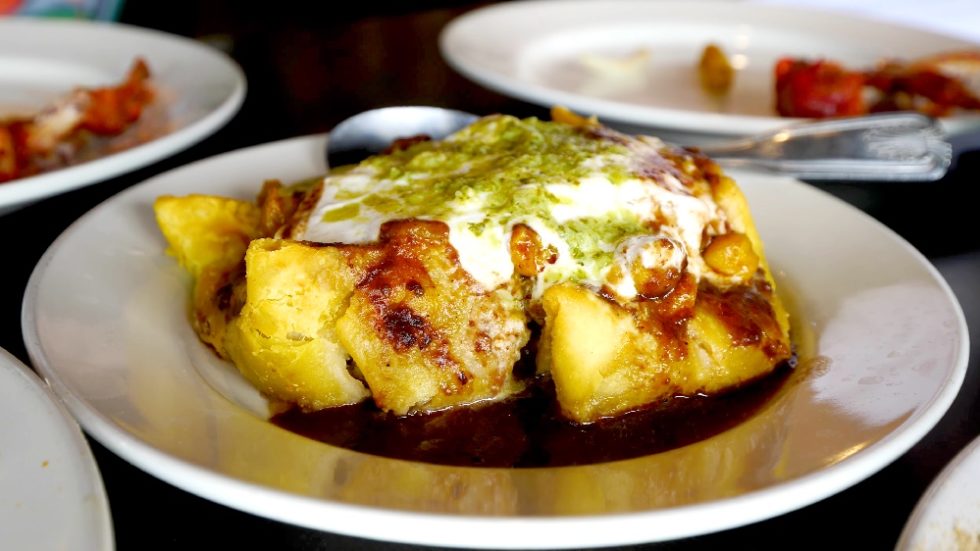 The tandoor chicken wings were smoky and baked, while the masala fries were full of flavor. Then, we jumped on some chai, which quite a bit of ginger and cardamom in it. The samosa chaat was nice and crunchy and the mix of the sweet tamarind, creamy yogurt, and mint-cilantro chutney was unreal! 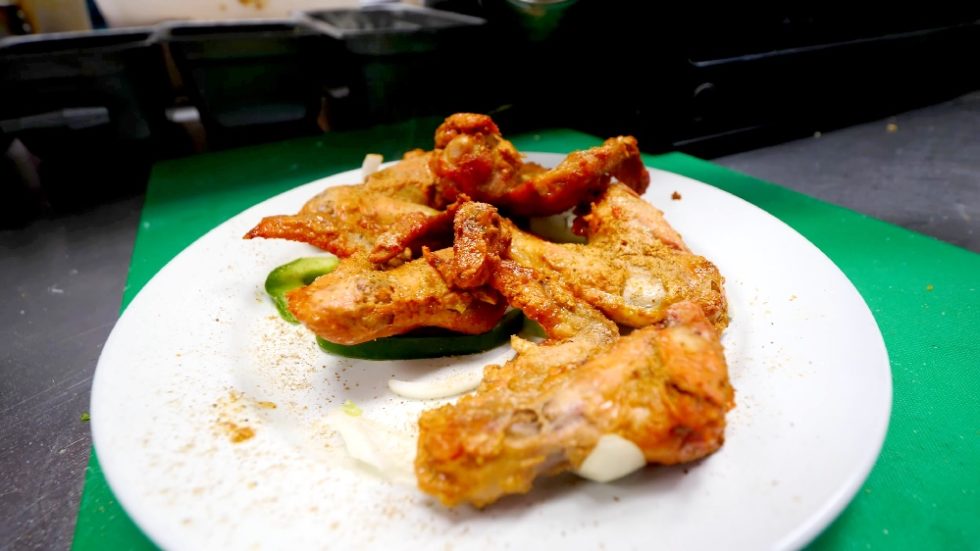 Next were the butter chicken enchiladas, which were topped with tons of cheese. I loved the tomato-based gravy and the mix of vegetables. My favorite dish was the samosa chaat. It was so complex! 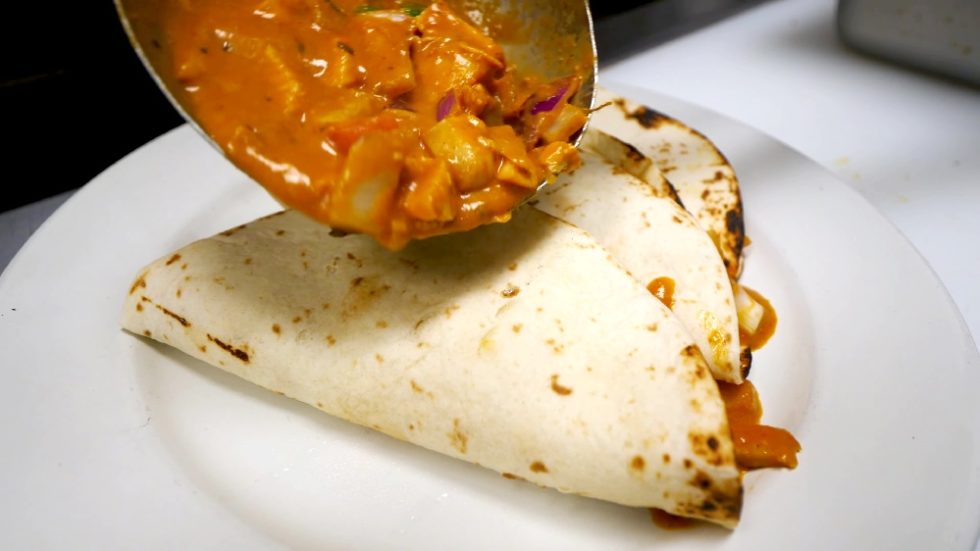 We were full, so we took a four-hour break. We headed about 25 minutes east to Cocoa Beach. First, we took some time to explore Cocoa Village, and then we arrived at Punjab Cuisine of India in Cocoa Beach for some Punjabi food! 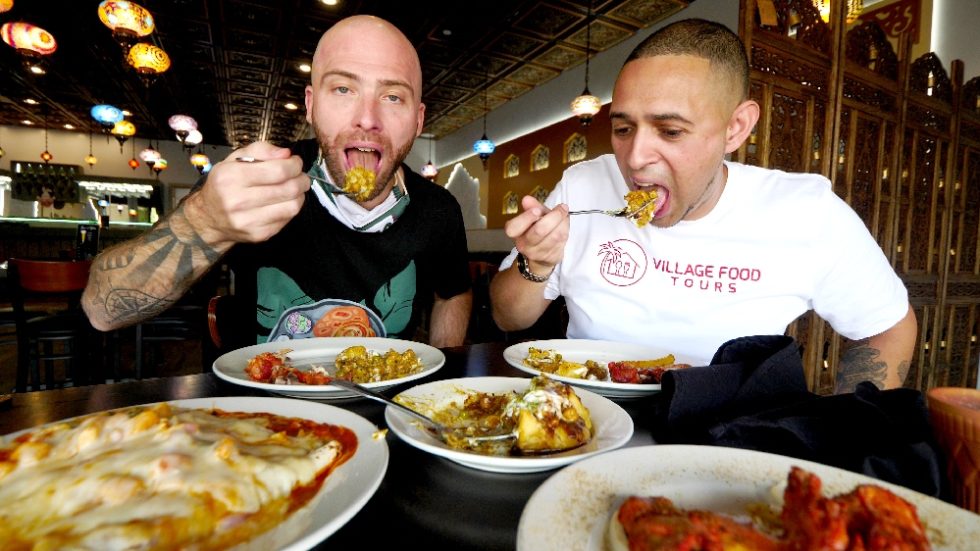 In the back, they made some chicken tikka masala, saag paneer, naan, samosas, chili paneer, and more. Everything smelled incredible!

We had some pilaf, veg samosas, pickled chutney, chicken tikka masala, saag paneer, garlic naan, and mango lassi. The samosas were a little spicy and the pickled chutney was nice as well. 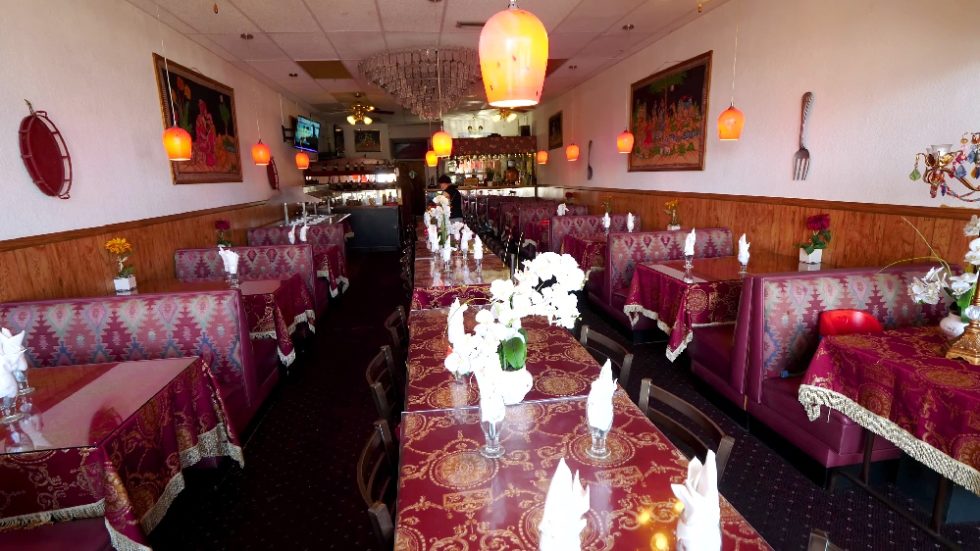 The garlic naan contained some tasty herbs, and I loved eating it with the creamy saag paneer. The chicken tikka masala was really hot, temperature-wise but was great with the naan. I was getting full again! 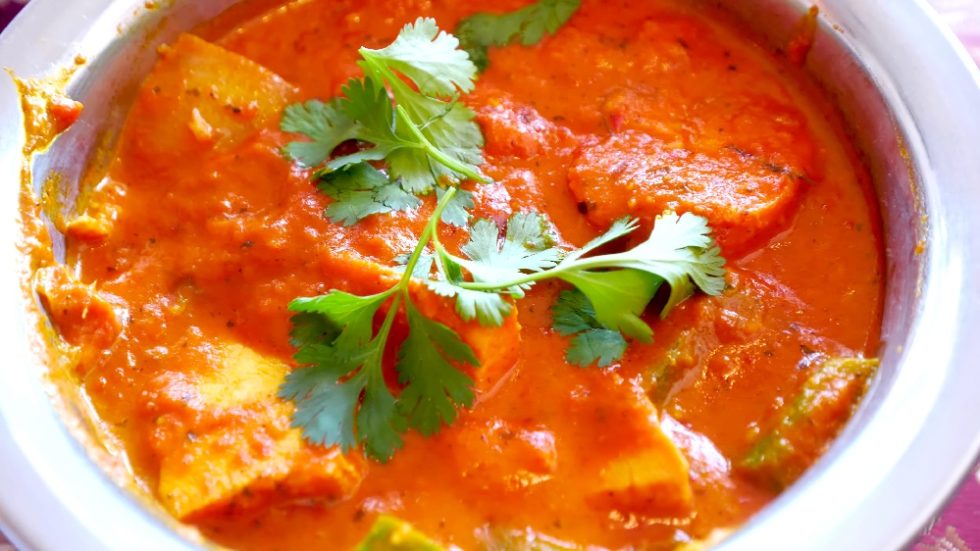 We ended our evening there and then met back up the next morning for breakfast at Flavors of India. 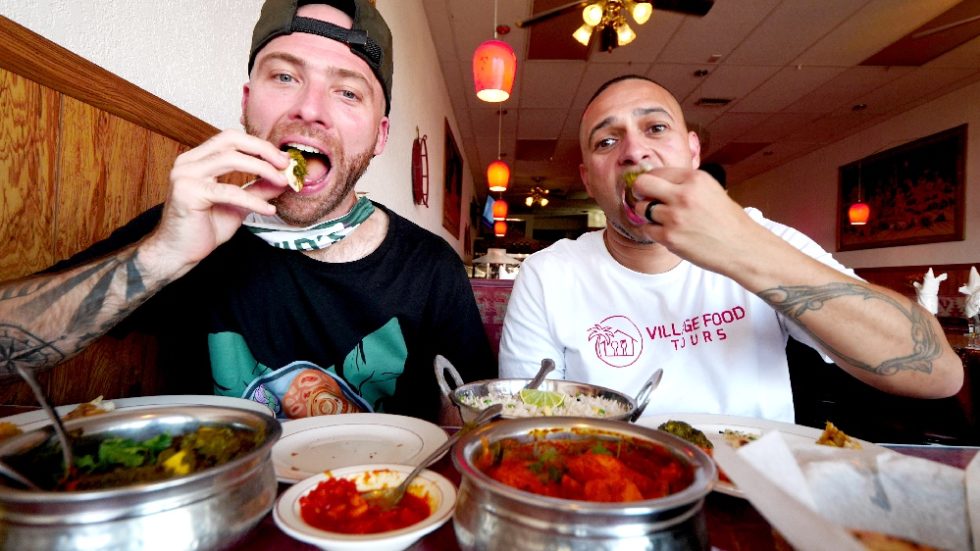 The interior felt like Kerala and the owner is from the backwaters area! He made us some lamb madras, biryani, Kashmiri naan, and more! He cooked the bread on top of the biryani dish inside the tandoor! 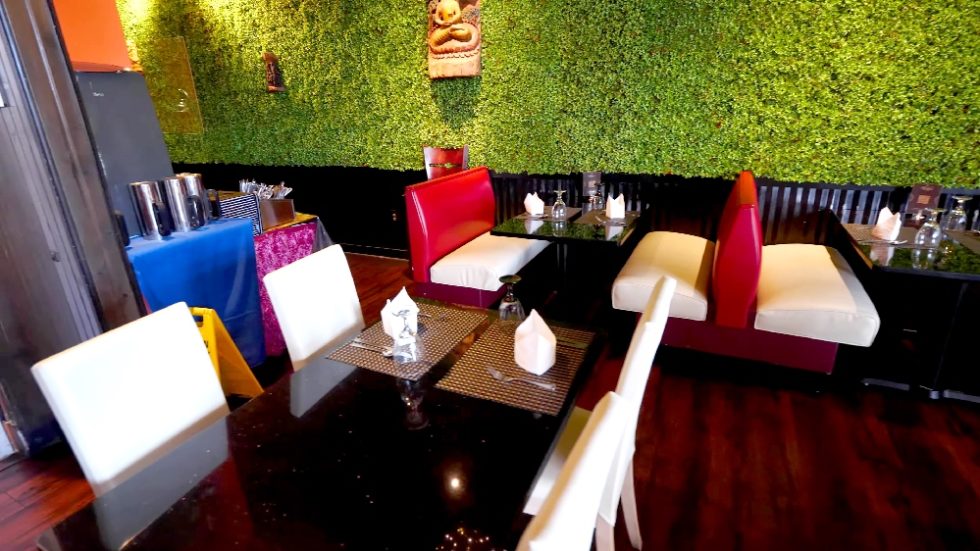 We had fish vindaloo, tandoori drumsticks, Kashmiri naan, butter naan, lamb madras, and dessert! The drumsticks were super smoky and meaty with a ton of spices on them. Then, we jumped on the fish vindaloo, which contained curry leaves and mustard seeds. I could smell the coconut in it! 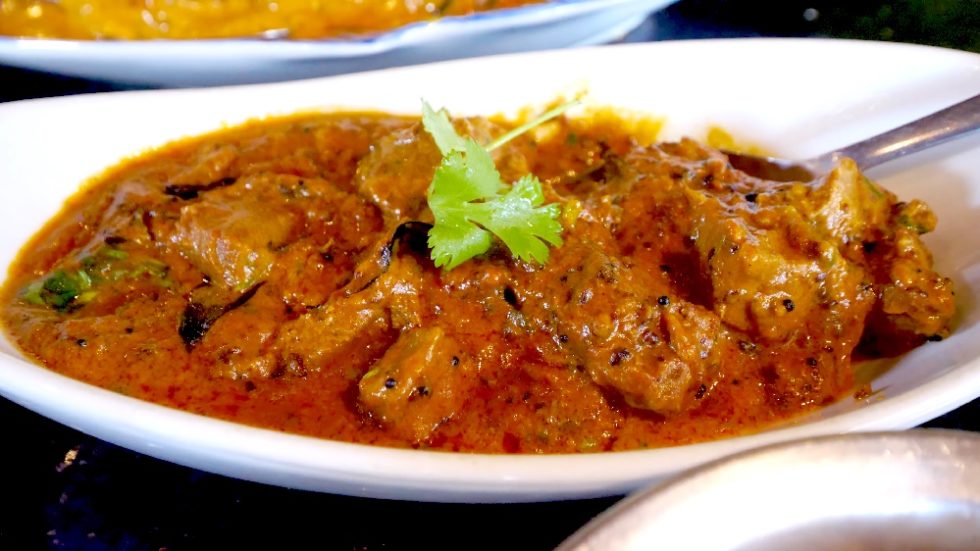 The Kashmiri naan was sweet and nutty because of the fruits and nuts. The fish was incredible, but we had to look out for bones. I loved how unique the chicken dum biryani was, and the lamb madras gravy had a bit of heat to it! Then, we finished with chai and a smoky chocolate mousse!

What an awesome day of eating Indian food for 24 hours in Cocoa Beach, Florida! Huge thanks to my boy Halim for coming with me. If you’re ever in the Cocoa Beach area and want to go on a top-notch food and attractions tour of the area, hit him up! I also have to thank my friends at Chevy for making this experience possible! 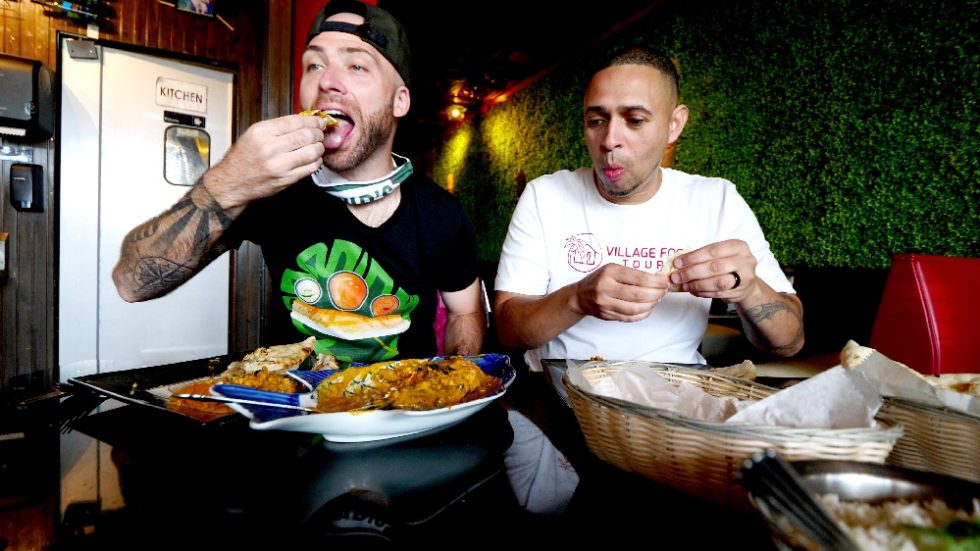 I hope you liked coming with me on my sixth eating Indian Food for 24 hours adventure in Cocoa Beach, Florida. If you did, please give this video a thumbs up and leave a comment below. Also, please subscribe to my YouTube channel and click the notification bell so you don’t miss any of my travel/food adventures around the world.