As my adventures in the capital of Georgia came to a close, I set out to have one last food adventure before heading off to explore the rest of the country! Come with me as I try Adjarian khachapuri for the first time and go on a mixed tour of Tbilisi, Georgia that takes me to a local brandy factory, a local eatery, and a pub!

My guide Sophie from Travel Tbilisi and I kicked off our afternoon at JSC Sarajishvili Brandy Factory, which was founded in 1884. I felt drunk off of the aroma coming from the barrels in their cellar! 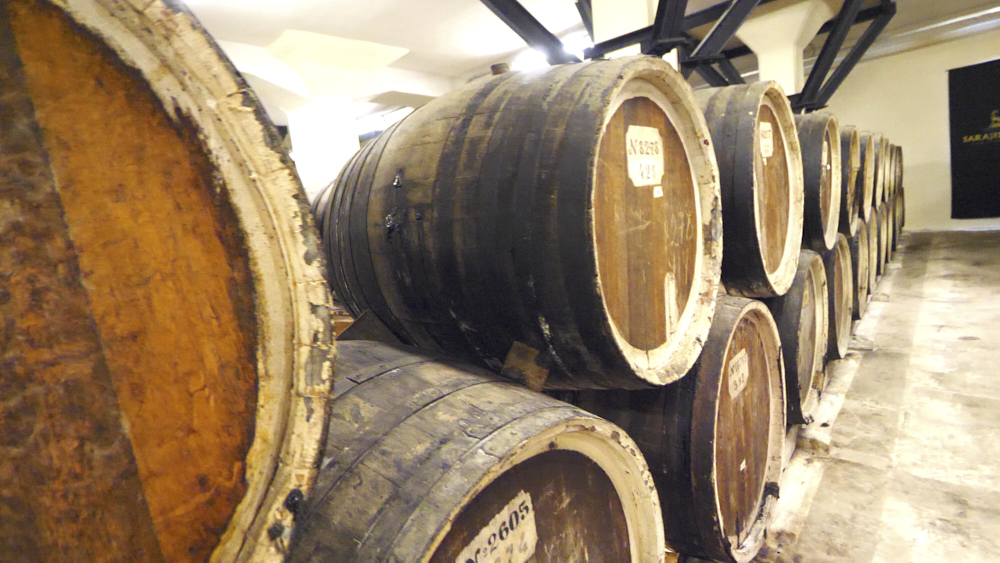 Inside, you can see their collection of bottles from different years. I saw some from as early as the early 1900s and the 1890s! Their bottle from 1918 is special, as it’s the year Georgia gained its independence from the Russian Empire. 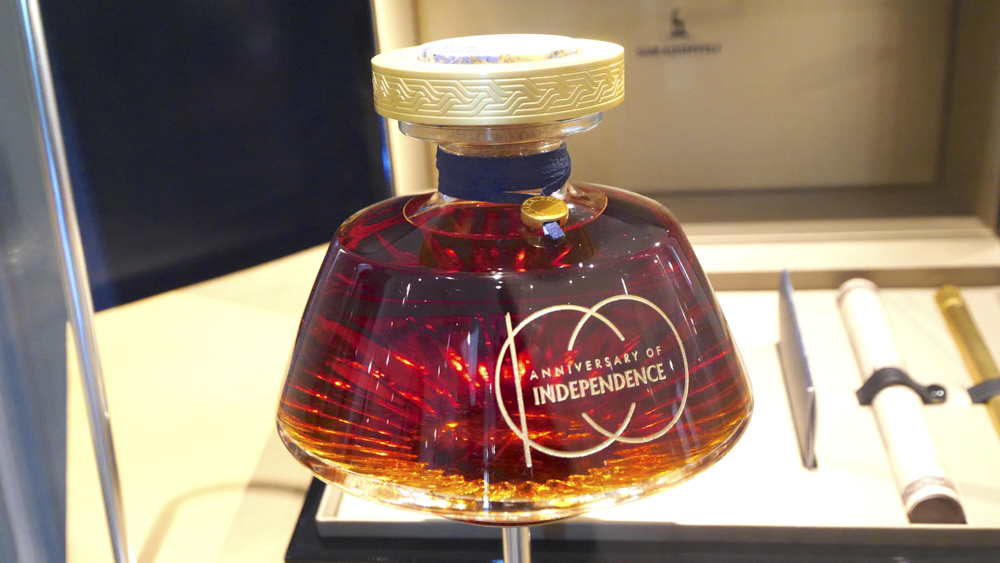 The aroma is so strong, you really get drunk off of the smell alone. It was intense! Then, in a different room, we saw roughly 100 massive barrels and their old-school pipeline, which they keep as a historical keepsake. They take samples from different regions and different years and mix them to create new types of Brandy.

They also have a special edition brandy that celebrates 100 years of Georgia’s independence. Only 1918 bottles were produced! They also have a Trilogy edition, a vintage collection. 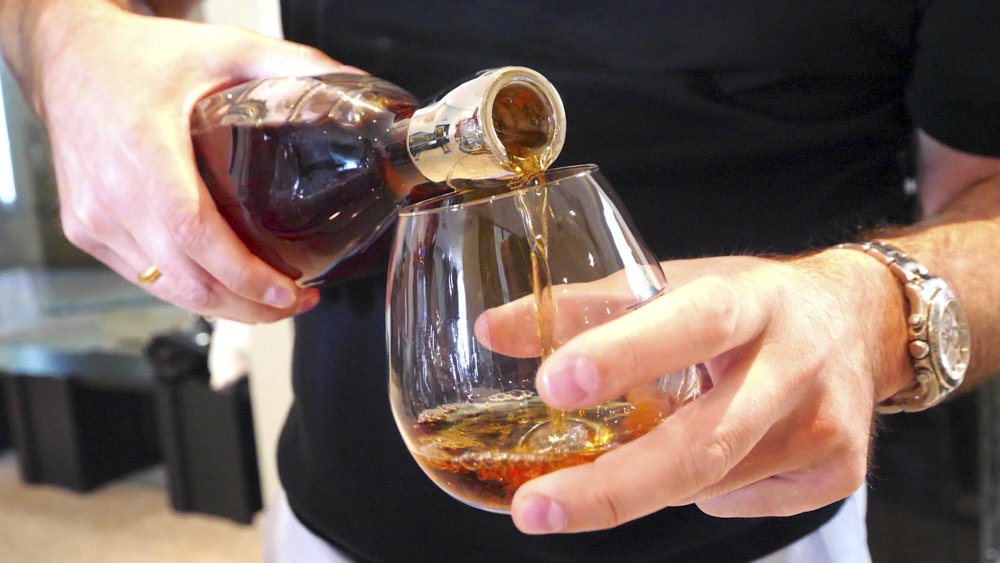 We tried some Sarajishvili VSOP, which is aged for 8 years. You warm it in your hands before you take a sip. It was smooth and really tasty. Next was the Sarajishvili Extra Special Reserve which was also so smooth, I couldn’t even taste the alcohol in it. 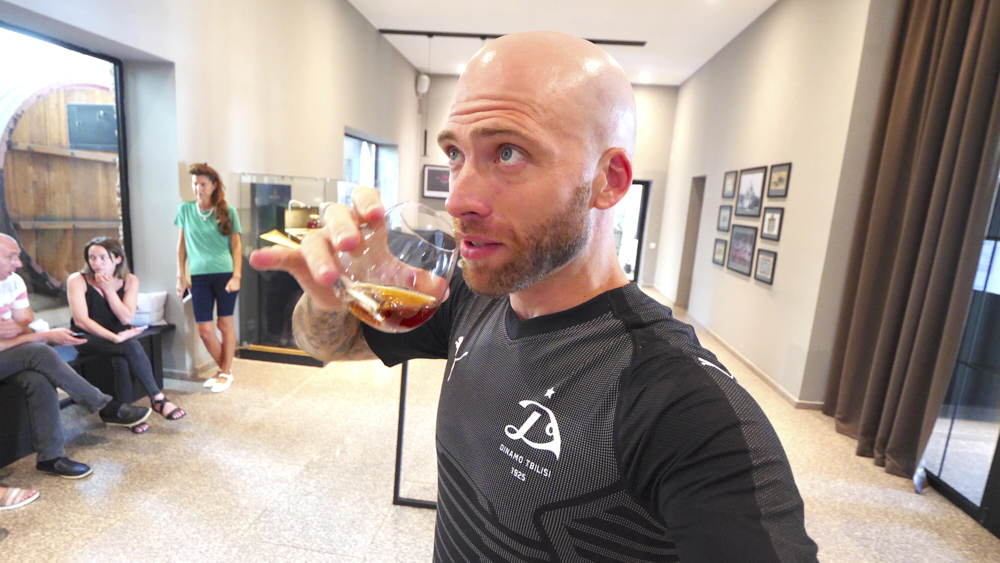 In their shop, I saw their vintage line from different years. The bottles were beautiful! After buying some as a souvenir, Sophie and I headed over to Stamba for an Adjarian khachapuri, which is a boat-shaped khachapuri containing tons of melted cheese and an egg yolk. I’d had other khachapuri types so far, but this would be my first time having Adjarian khachapuri in Tbilisi, Georgia. 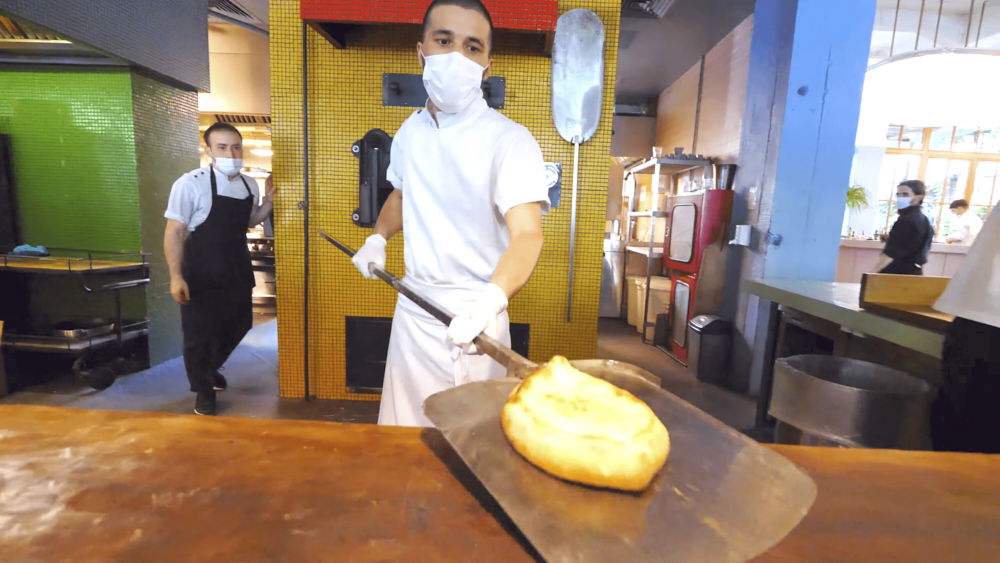 You mix the egg throughout and then dip the crispy bread into it. It was so cheesy and tasty. This was my favorite type of khachapuri I’d had so far. It was so tasty. This khachapuri comes from the city Batumi in the Adjara region on the Black Sea coast. 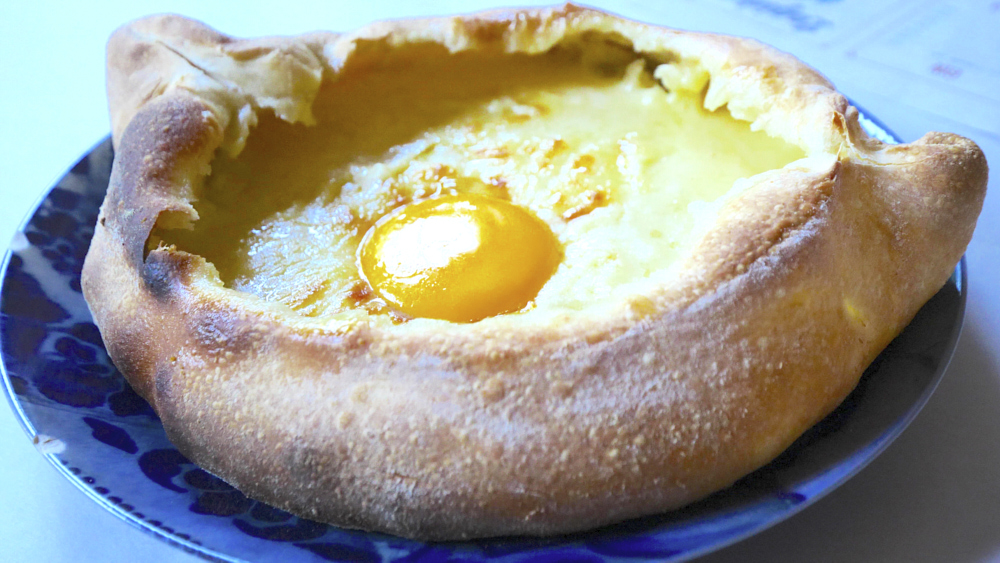 The bread was so crunchy, crispy, and golden brown. It also contains a mountain of gooey, melted cheese! It’s a cheese lover’s dream and I couldn’t get enough of it! 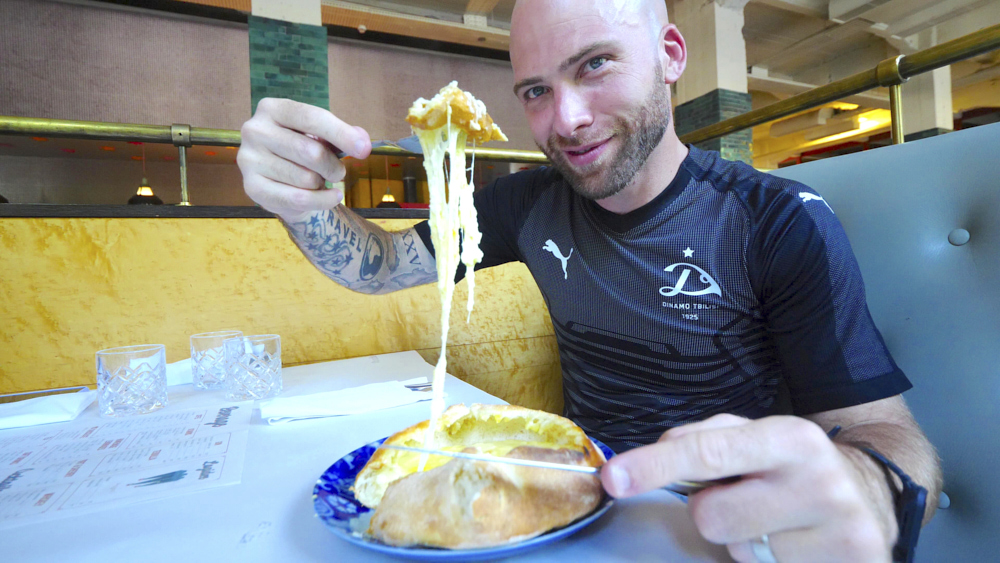 Then, we drove to Tsota Tsota Craft Beer Pub to taste some local beers. They have both bottles and cans, Georgian and American styles, and more. I started with a raspberry sour ale from Megobrebi Brewery.

The raspberry sour ale was smooth, sour, and easy to drink. I followed it with a Pastry Stout, which was a creamy, dessert-like beer, and an unfiltered witbier. The pumpkin ale was very tasty and light at only 4.5% alcohol. What a way to end my time in Tbilisi! 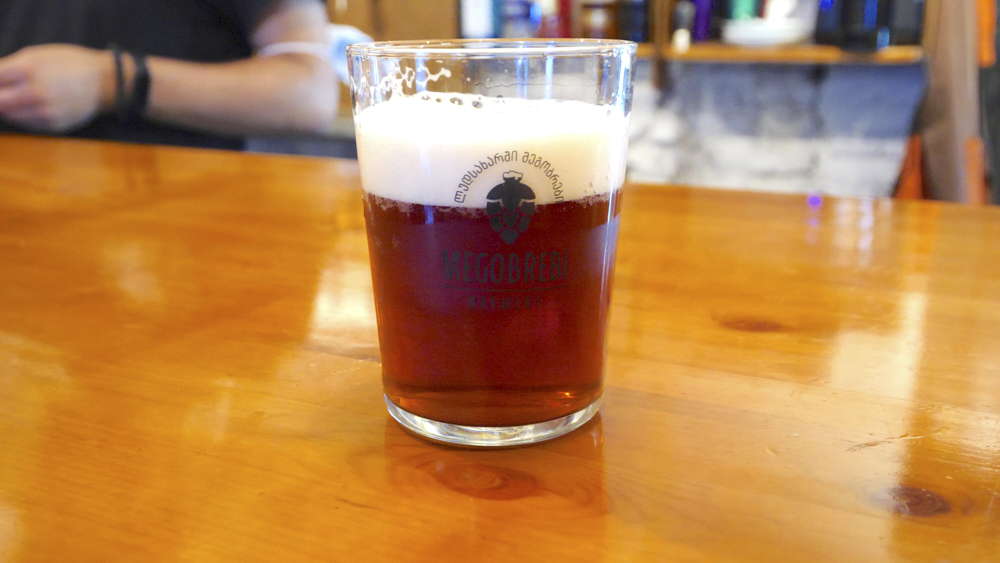 I hope you liked coming with me to have Adjarian khachapuri in Tbilisi, Georgia! If you did, please give this video a thumbs up and leave me a comment below. Also, please subscribe to my YouTube channel and click the notification bell so you don’t miss any of my upcoming travel/food adventures!