My whirlwind adventures through the Republic of Georgia continued in the beautiful city of Kutaisi in the western part of the country. Join me as I take you around to explore the Georgian street food, sites, and culture of Kutaisi, Georgia!

Kutaisi is one of the oldest continuously inhabited cities on Earth. It dates back to at least the sixth and fifth centuries BC. Back then, it served as the capital of the Colchis, a historical region that hugged the eastern Black Sea coast. It’s believed that Kutaisi was the final destination of Jason and the Argonauts from the Greek epic “Argonautica!” 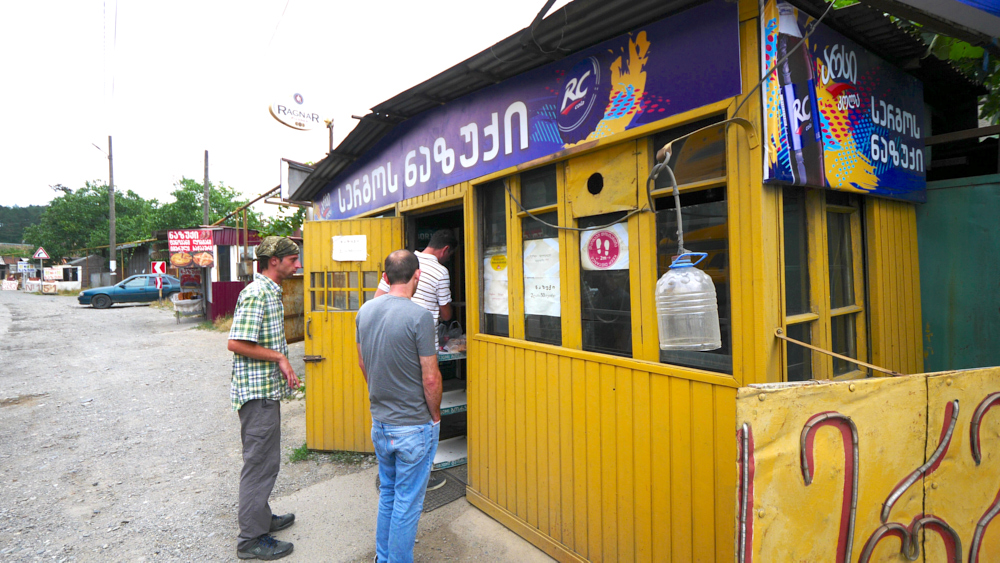 My friend and guide Tim from Friendly GE and I started in the town of Surami, which is roughly midway between Tbilisi and Kutaisi. Lots of people stop there on their road trips to buy sweet bread, which is sold by lots of women on the side of the road! 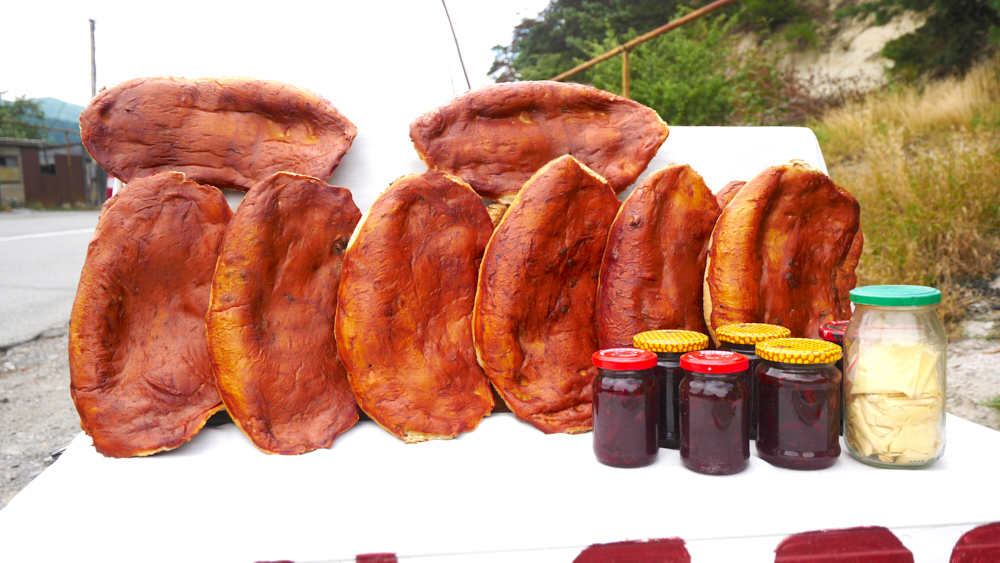 We stopped at a shop called Nazuki Sergo to get a sweet cinnamon bread called nazuki, which contains raisins! It came hot and fresh out of the tone, was a nice golden brown, and had a slight char on the outside. It was chewy and really tasty! I continued eating it in the car as we continued our journey!

Tim told me that the locals here also knit hammocks that they sell on the side of the road, and they also sell a special chewing gum made from pine resin. Then, we passed through a tunnel that connects western and eastern Georgia. 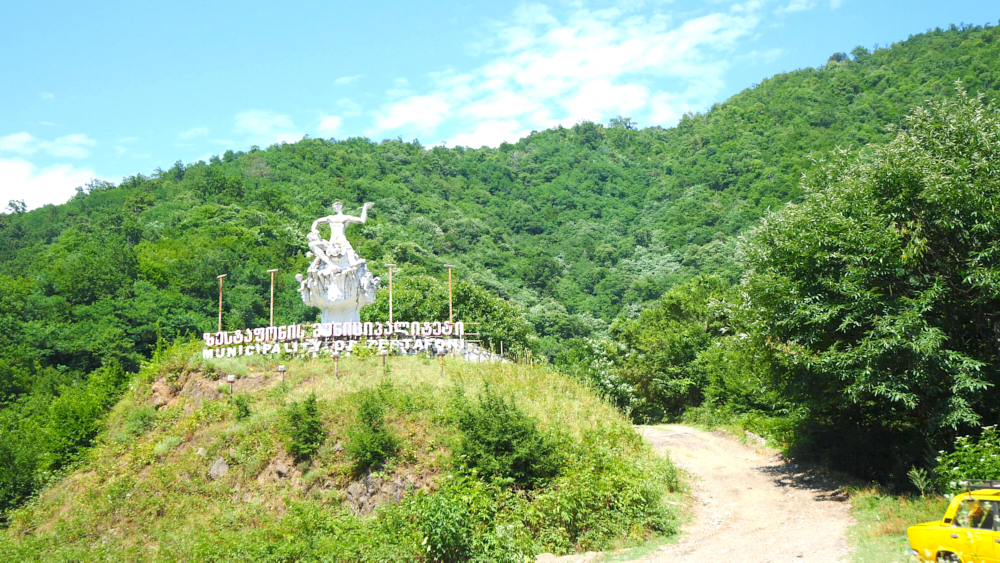 Western Georgia is warmer than eastern Georgia and is hilly, as opposed to the valleys and mountains of eastern Georgia. As we made our way into Kutaisi, Tim told me that there are two sides of Kutaisi: the old, historical part nestled between some hills, and the modern city built by the Soviets. 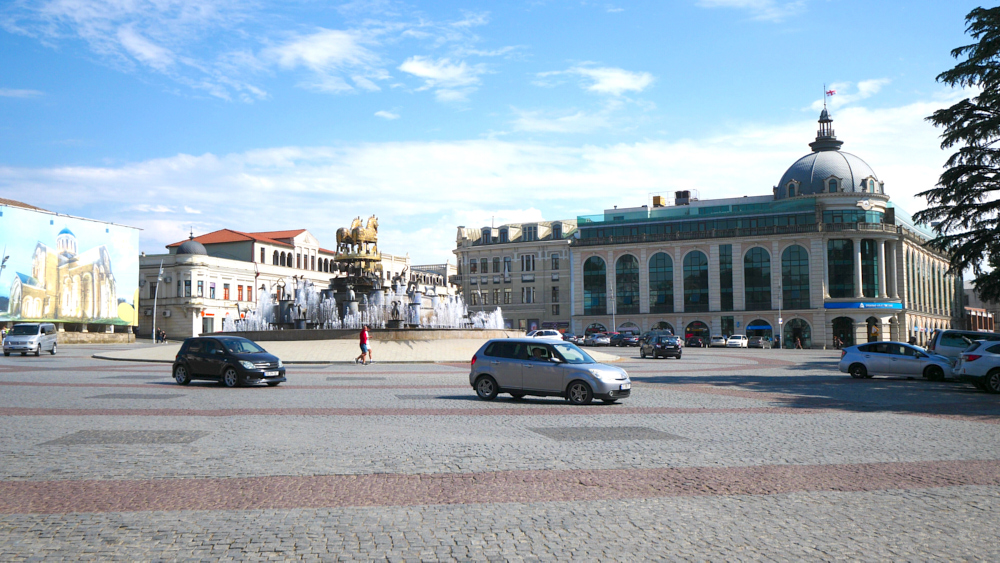 Kutaisi’s architecture reminded me of Veliko Tarnovo in Bulgaria. In Tsentraluri Moedani Square is a large fountain that features replicas of ancient archaeological relics, and motifs of the Golden Fleece! It’s actually a tribute to the Kingdom of Colchis! 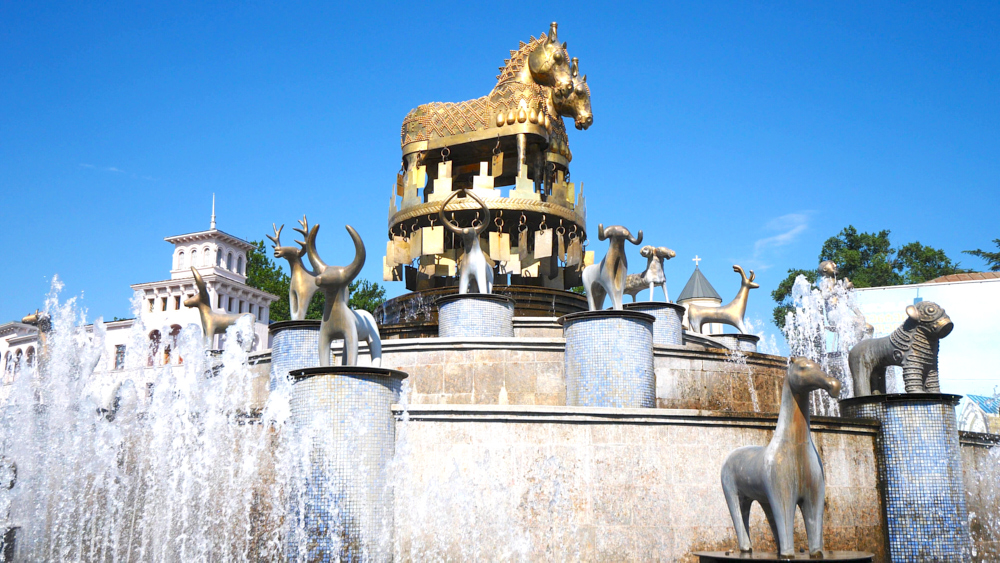 Nearby is the Meskhishvili Theatre and Kutaisi Park. The park is beautiful and full of fountains and sculptures. It’s a great place to relax. There are women there who will weigh you for GEL 0.3/$0.1 USD. I had gained some weight on this trip! 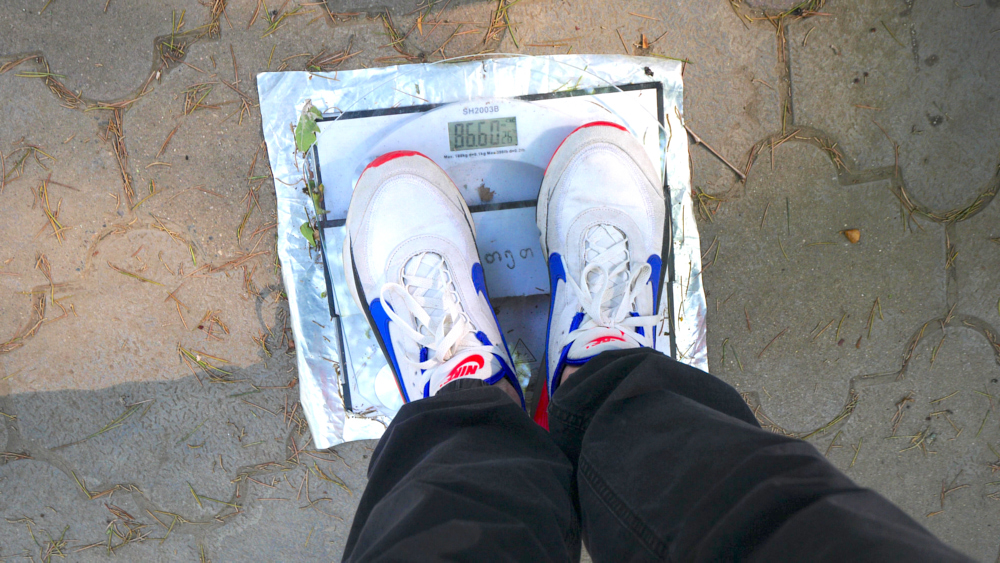 Then, we passed the Kutaisi State Opera and Ballet Theatre, which looked a lot like the Sanctum from Doctor Strange! Kutaisi was the artistic capital of Georgia, so it’s famous for its artists, poets, and musicians. Finally, we arrived at Bikentia’s Kebabery, a popular Georgian tavern that serves kebabs and beer. It’s the perfect place to try Georgian street food in Kutaisi, Georgia!

We ordered a beef & pork kebab and two cold beers. The beer was so nice and refreshing. The kebabs came topped with a pile of onion and cilantro and came in a rich tomato sauce. The mincemeat was breaded, battered, and fried! 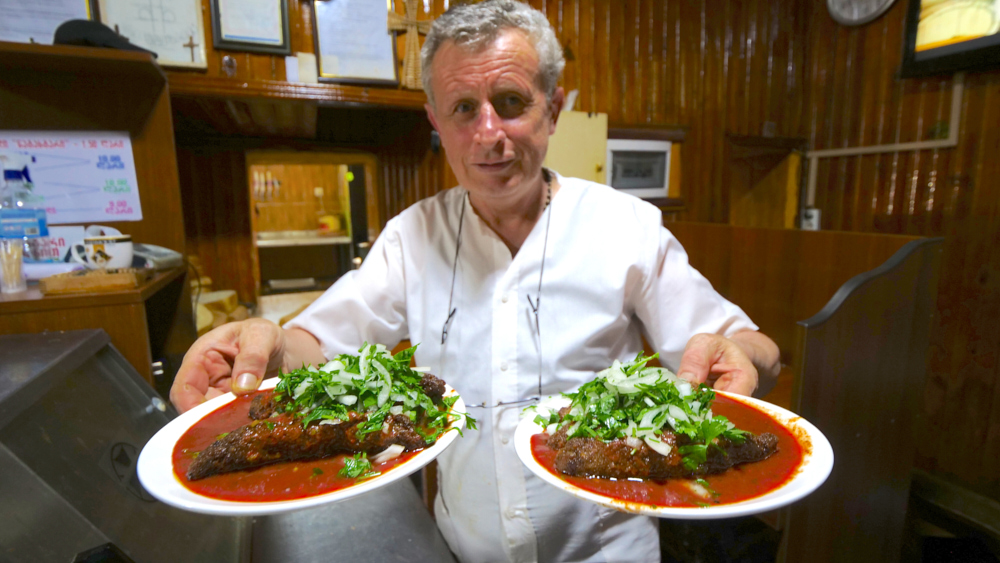 It was so delicious, meaty, and lightly fried, and the sauce was incredible. It was one of my favorite kebabs ever! I added some chili flakes to add a kick of heat. Best of all, these kebabs are the only thing on the menu! You get them with either soda or beer, and I loved the onions and herbs! 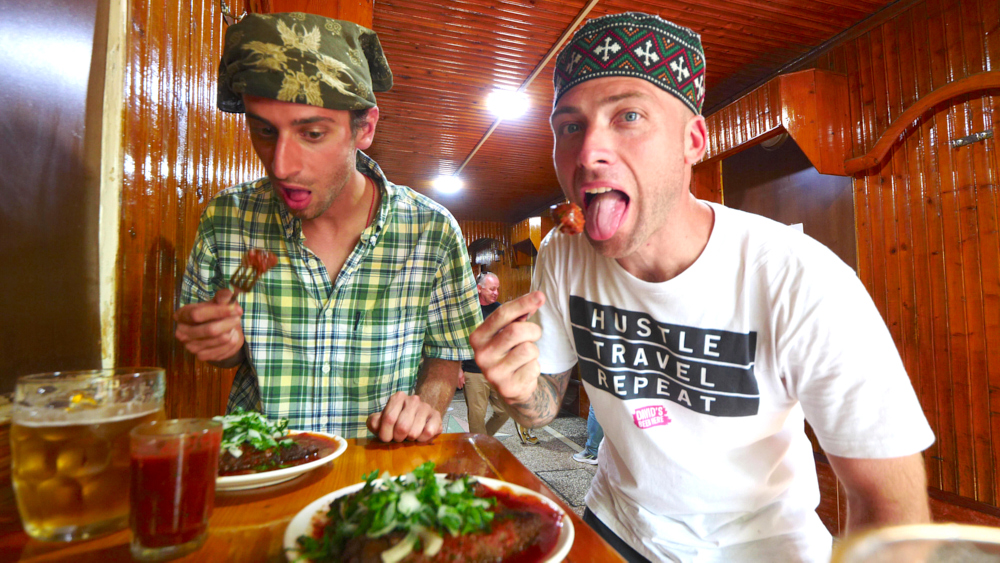 They were so good I ordered some more and toasted with a fellow customer. Everyone there was so nice! And it’s cheap—three kebabs, bread, and beer will only cost you GEL 14/$5 USD! From there, we walked one minute to the White Bridge, one of three historical bridges in the city. It crosses the Rioni River and has some beautiful designs and transparent panels in it. It also offers great views! 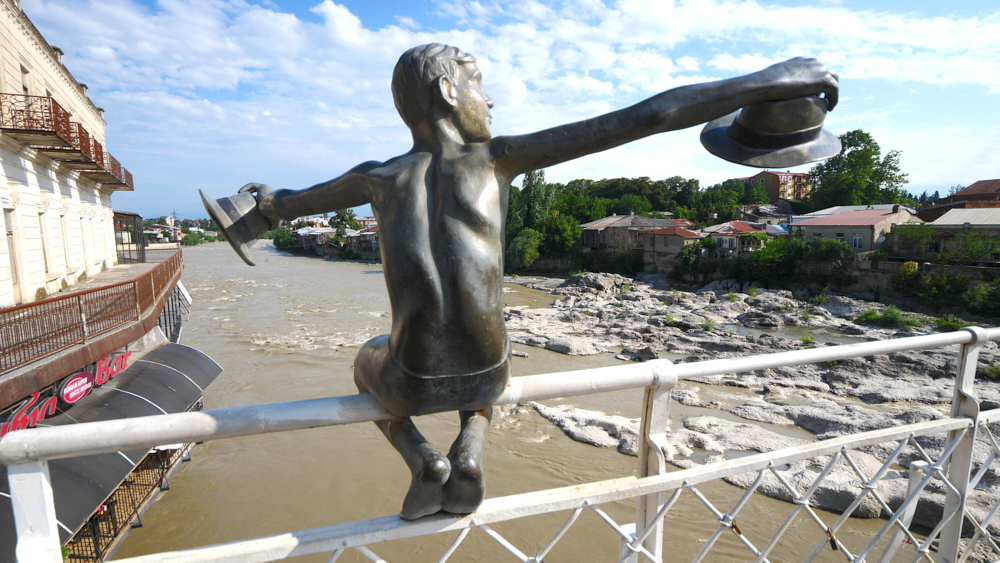 Then, we drove across the Chain Bridge to a rich neighborhood with great views over the historical center of the city. We arrived at Bagrati Cathedral, which was built in the 11th century and destroyed in the 17th century by the Ottomans. Reconstruction began in the mid-20th century and was complete in 2012.

You can see the old structure as well as an odd modern addition that doesn’t mesh with the old architecture. We saw the old pillars and then headed up the stairs to the bell tower. Then, we took our hats off and headed inside the cathedral. You can see the differences between the old and new parts of the cathedral inside! 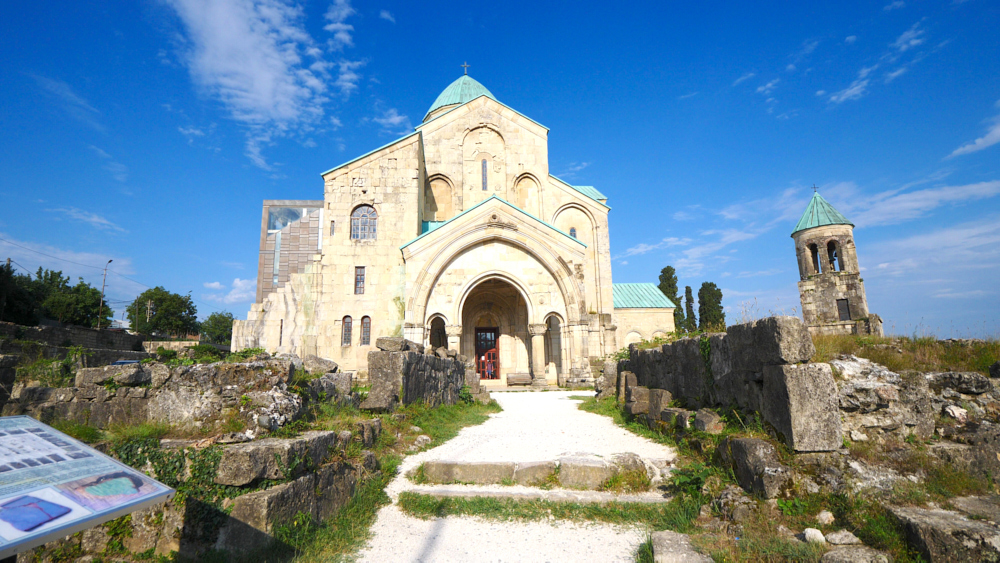 Unfortunately, because of the new addition, the cathedral was removed from the list of UNESCO World Heritage Sites. Outside, we saw a big iron cross standing in the grass and finally enjoyed some stunning views of Kutaisi! 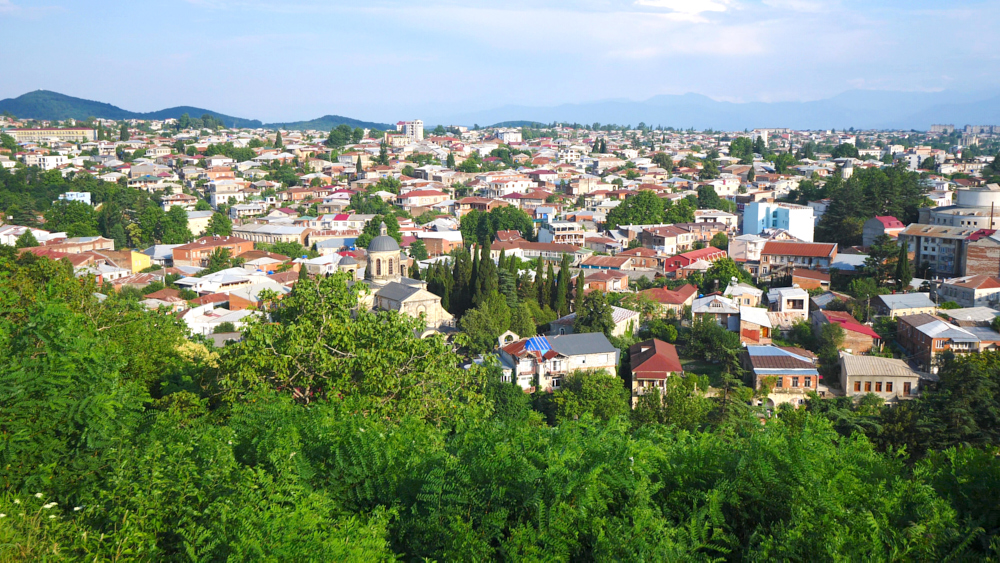 I hope you liked coming with me to try Georgian street food in Kutaisi, Georgia! If you did, please give this video a thumbs up and leave me a comment below. Also, please subscribe to my YouTube channel and click the notification bell so you don’t miss any of my upcoming travel/food adventures!